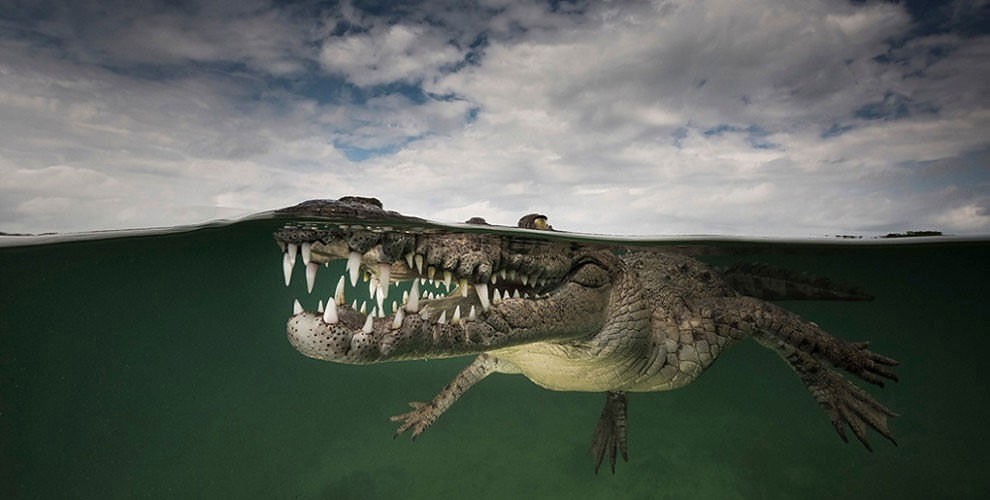 In his series ‘A Parallel Universe’, photographer Matty Smith takes to the water (well, at least half of it), capturing the diverse underwater plant and animal life lurking just beneath the surface. 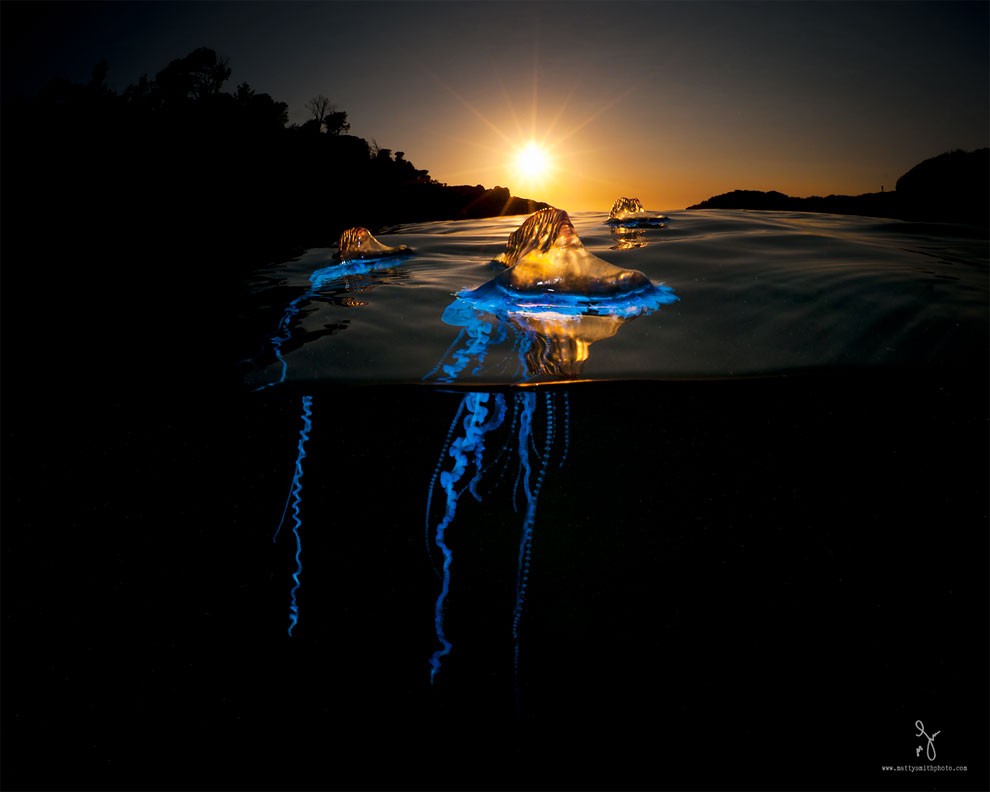 Using a half over, half under style wherein he photographs two landscapes at once, Smith produces images that show what different creatures look like both above and below rivers and oceans. His images have included animals like crocs, jellyfish, sharks, and corals. 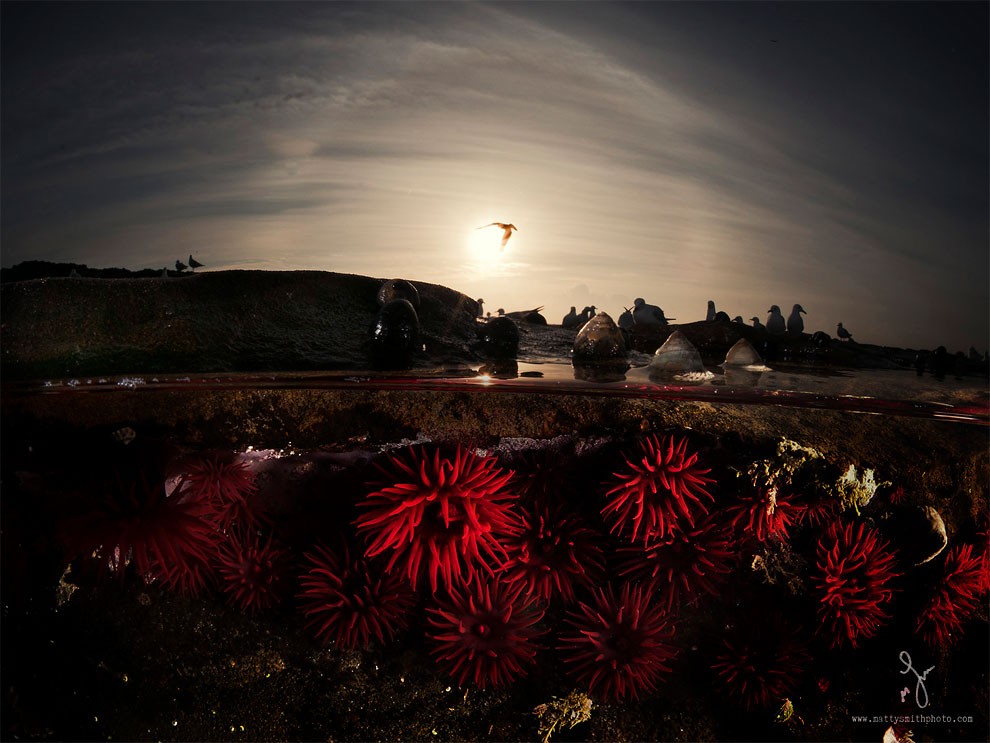 ‘I think it’s the suspense of the unknown of what lies beneath, the transitional part of moving from one element to the next that feels so magical and the thought of what alien creatures I might encounter’, he says. ‘That is what draws me to taking half over half underwater images. It’s maybe the best way I can communicate to a non-diver what it’s all about, to marry a wet and unfamiliar world with a dry and more familiar one’. 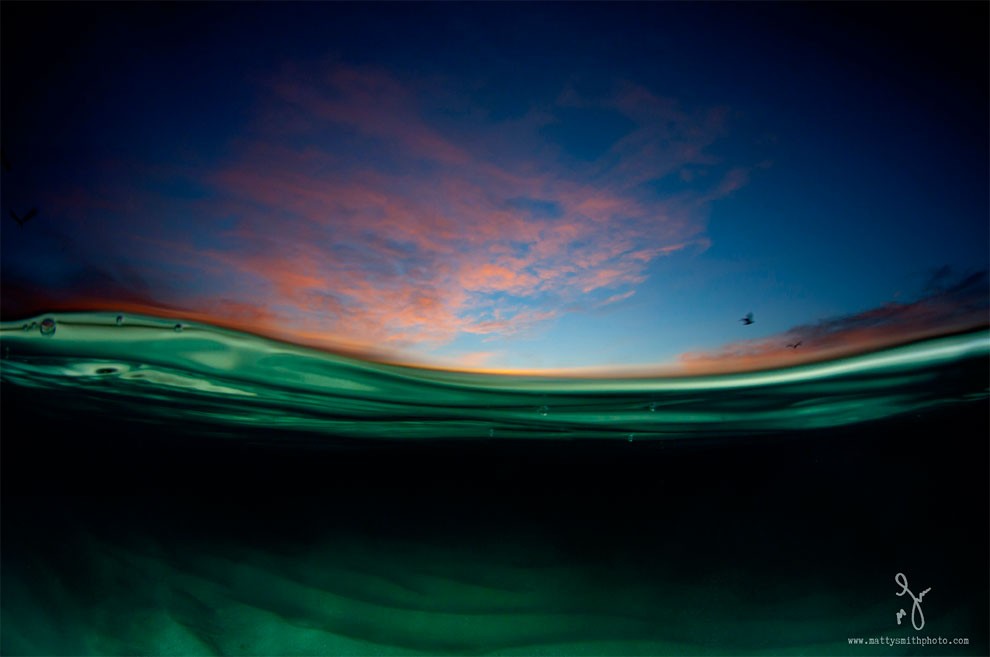 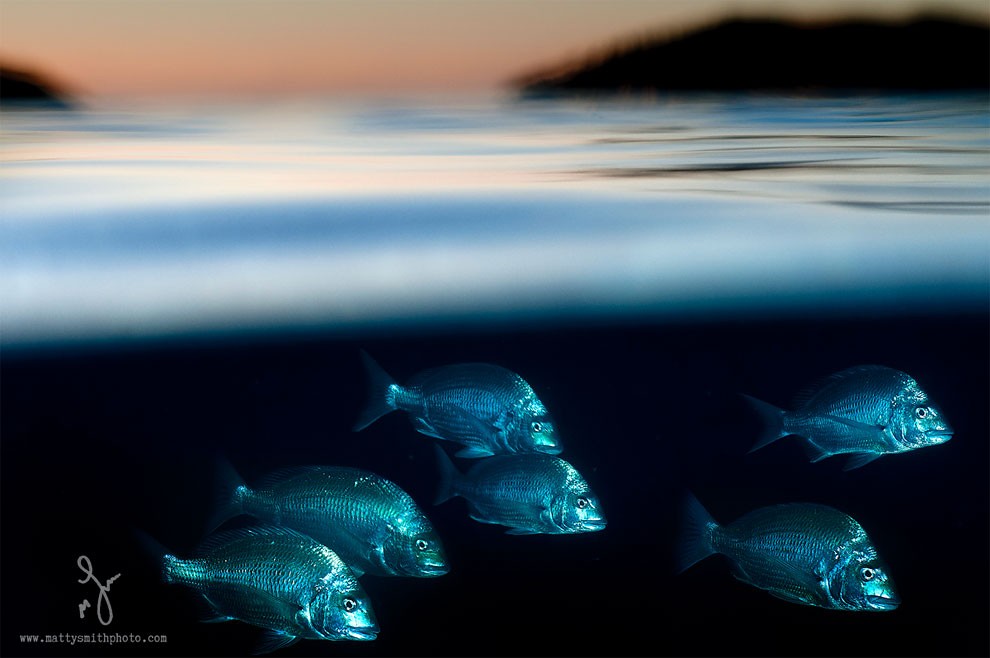 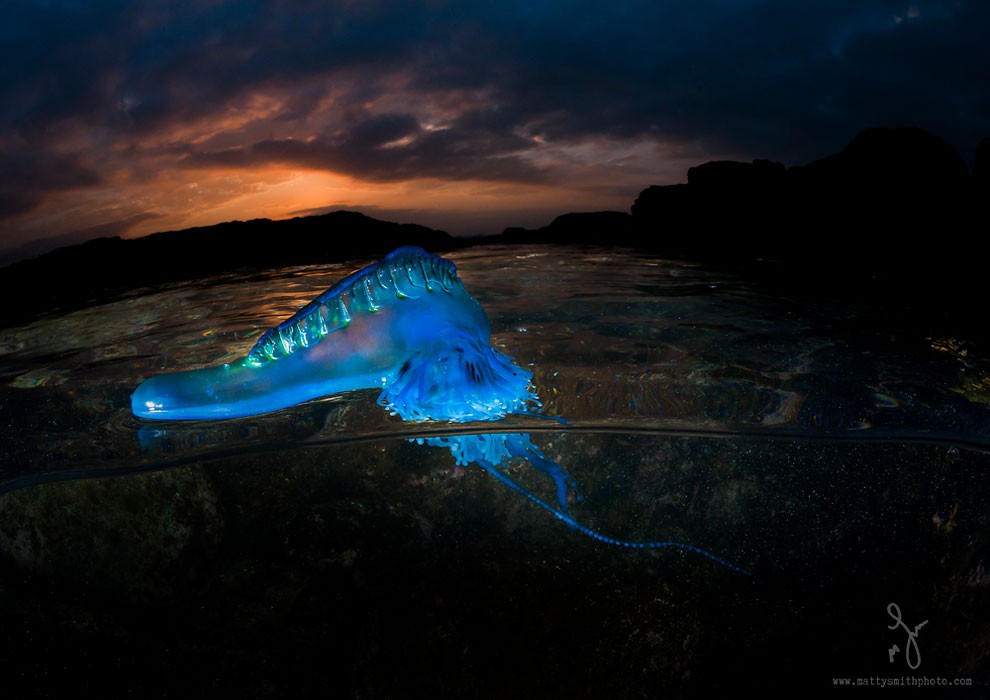 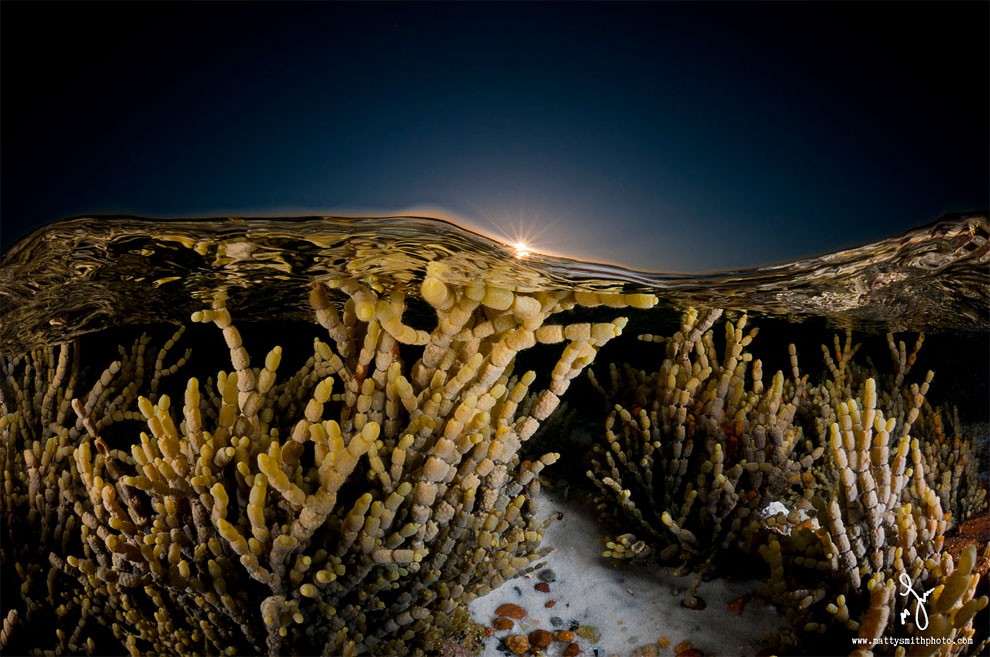 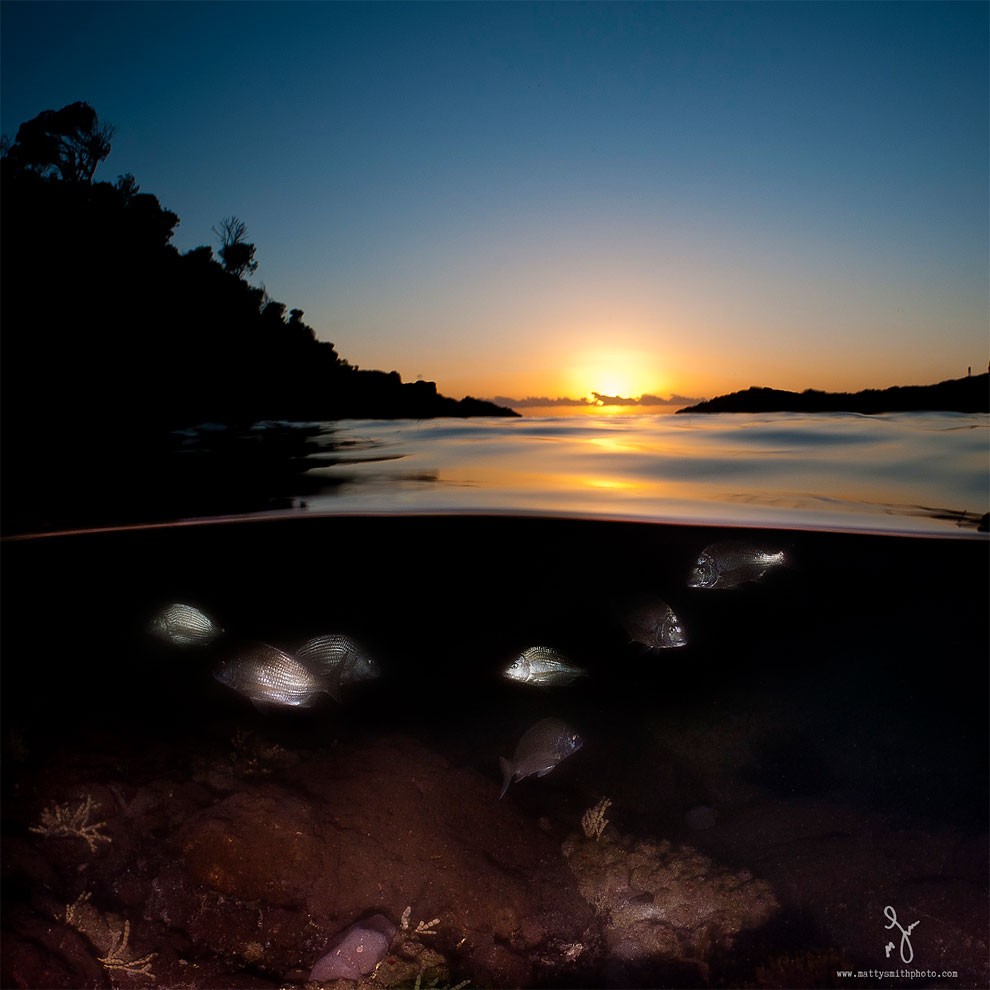 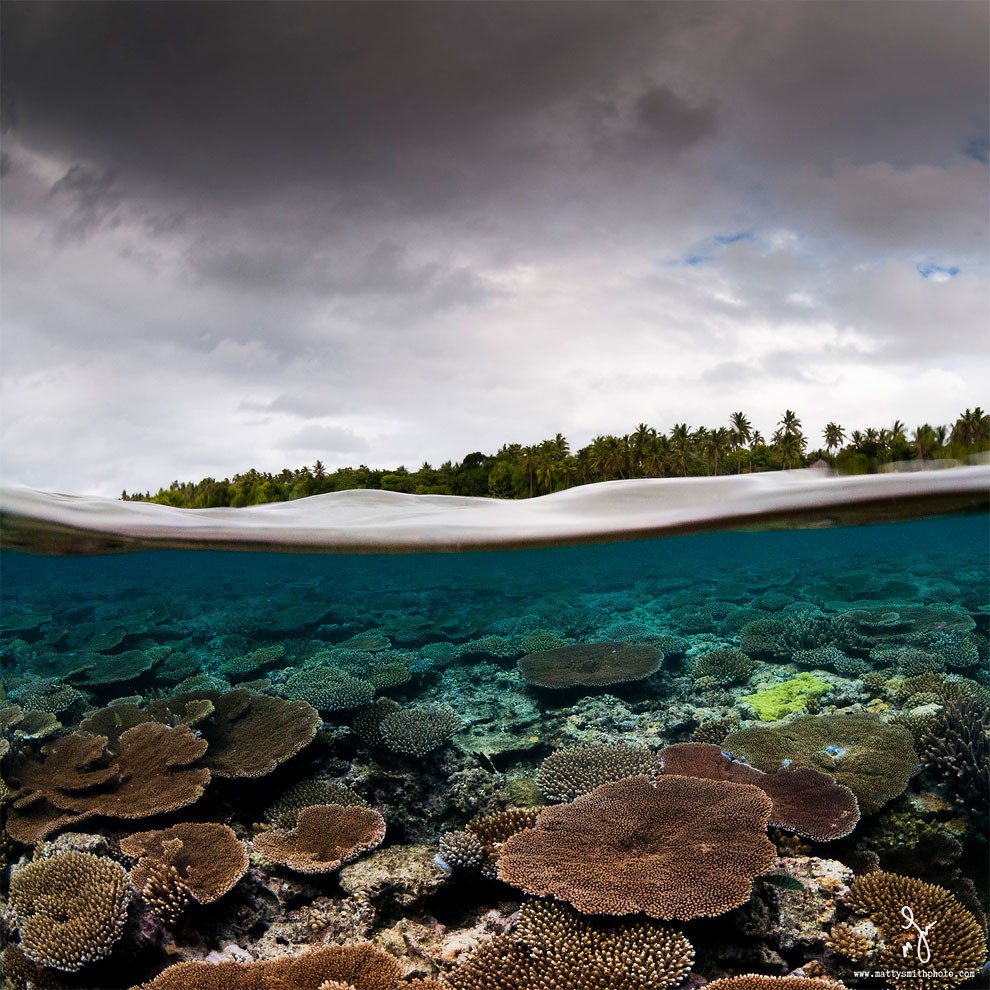 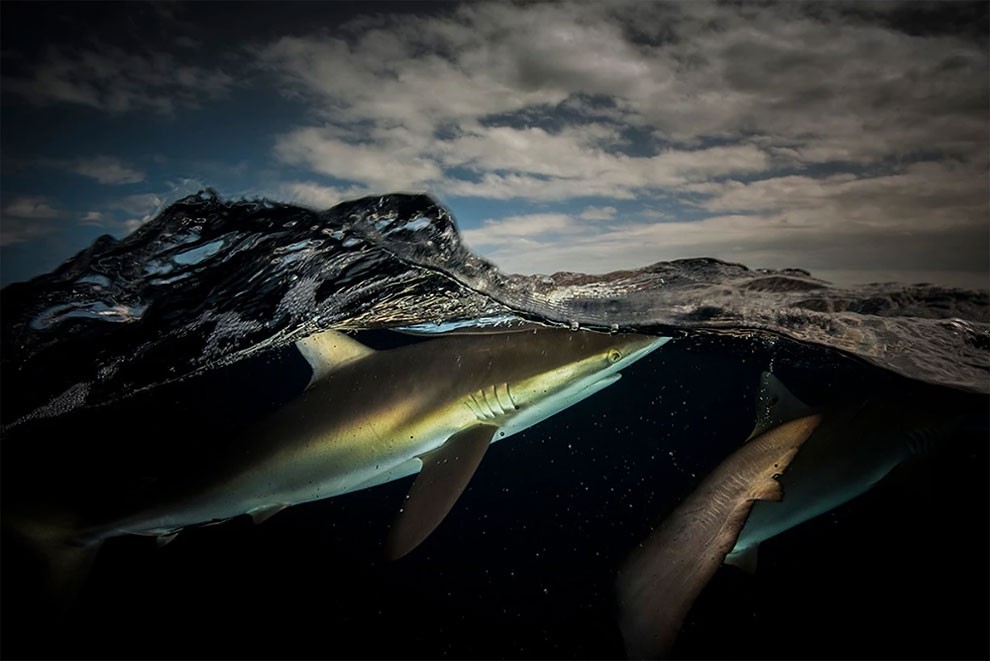 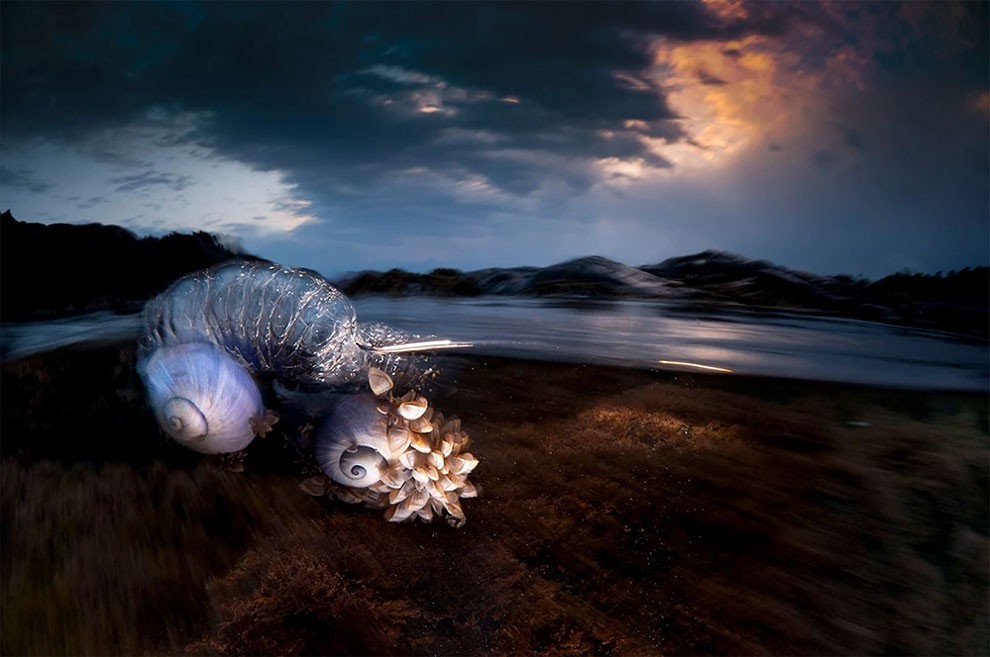 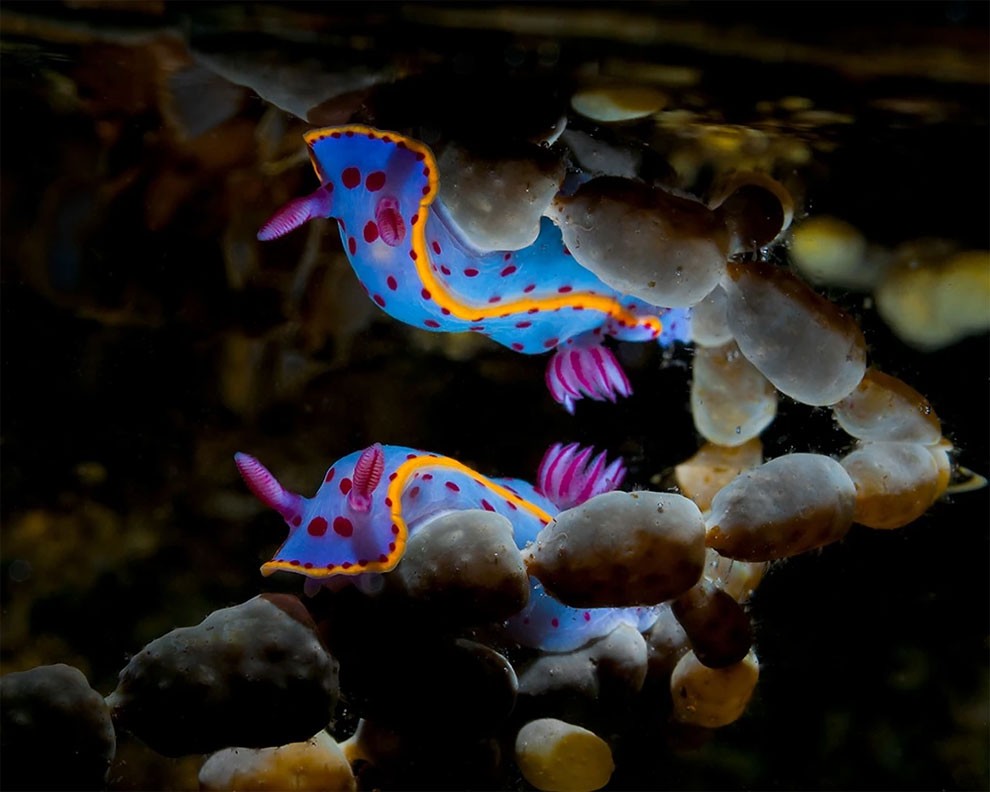 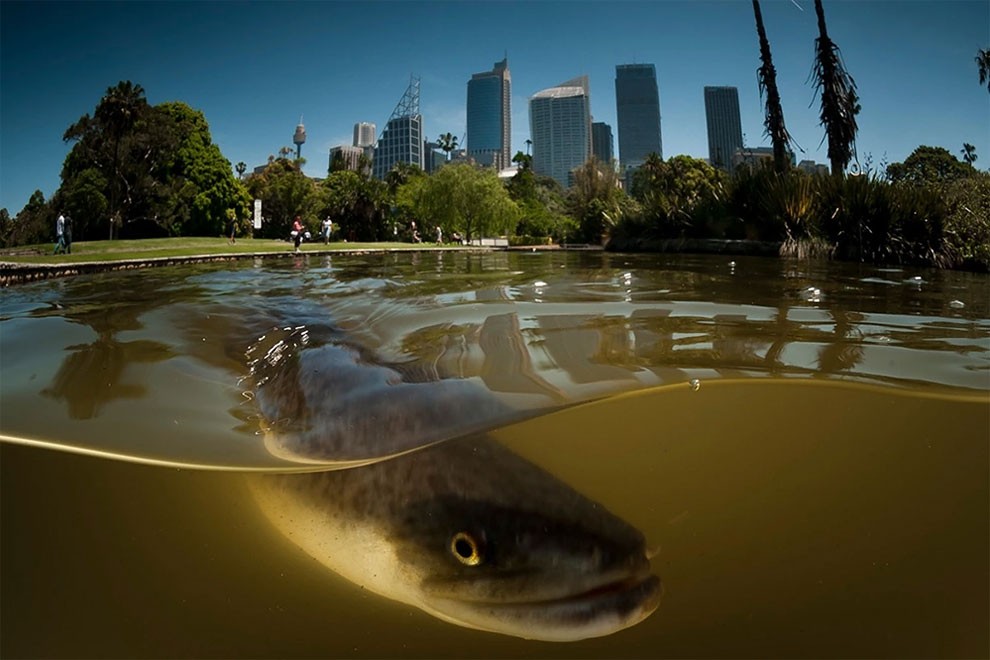 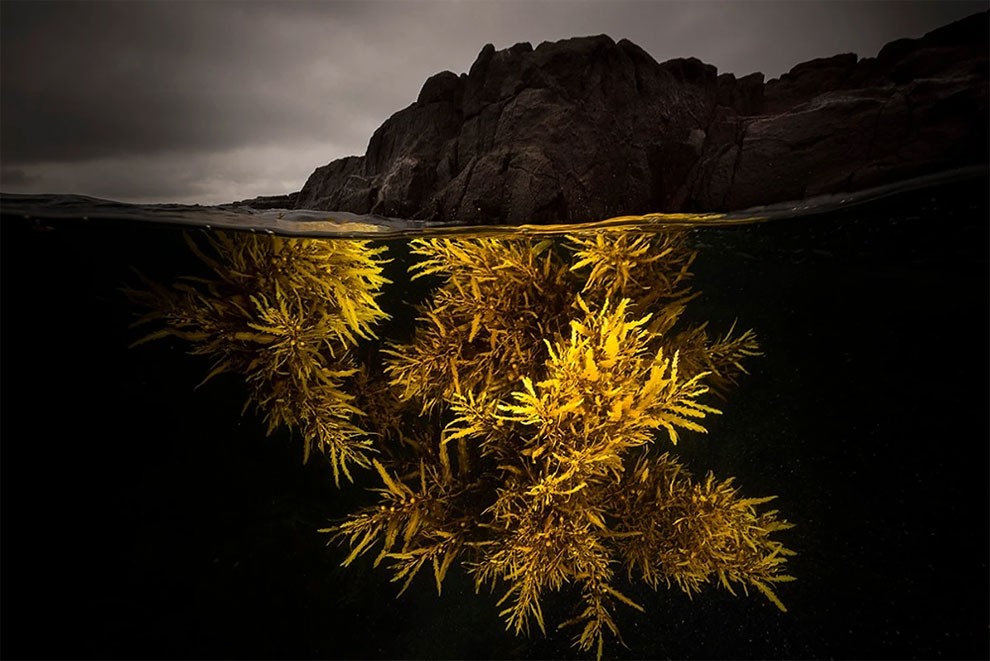 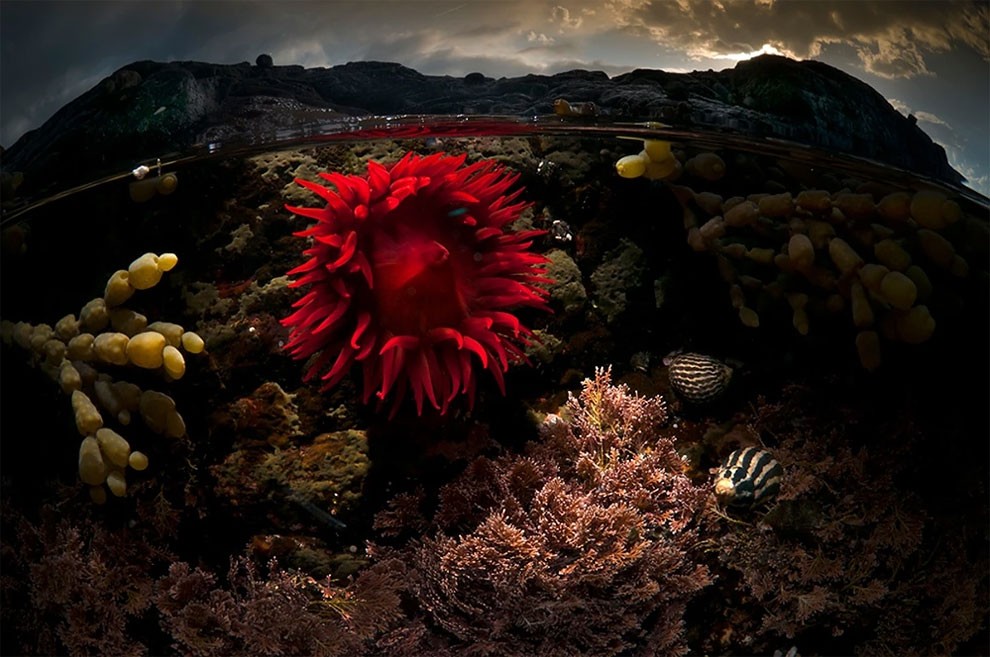 Via Lost At E Minor (H/t: The Guardian)

From Dusk To Dawn: Photographer Creates Amazing Cityscapes Showing The Transition From Night To Day
Beautiful Colorized Photos Of Immigrants in Their Traditional Dresses At The Ellis Island Immigration Station In The Early 20th Century
"Dressed In Light": Fine Art Photo Series By Dani Olivier
A Few Interesting Photos From The Past
Beautiful Early Entries Of The 2020 Sony World Photography Awards
Photographer Tracks Down People He Snapped In His Hometown Almost 40 Years Ago To Recreate The Remarkable Images
After 4 Years Of Not Throwing Away His Trash This Photographer Created A Powerful Photo Series
The Tattoo Erasers
Beautiful Winning Photos From The 2020 Head On Portrait Award
Photographer Captures American Apparel Ads in their Gritty Natural Environment
Fantastic Nightscapes Of Finland By Mika Suutari
Beautiful Photos of Jane Birkin at Home Taken by Jean-Claude Deutsch in 1971
This Photoshop Master Can Seamlessly Combine Any Two Photos You Give Him
Björk With a Cute Pixie Cut Photographed by Herb Ritts in 1989
An Infatuated Photographer’s Pictures of Amsterdam’s People in the 1960s and 70s
Photoshoot Imagines The Little Mermaid's Wedding In Real Life
Photographer Kris Provoost Captures Futuristic Chinese Megapolis Where Vertical Infrastructure Clashes With Local Traditions On The Riverbanks
Czech Photographer Michal Pudelka: Girls, Girls, Girls
The World’s Largest Photography Competition Announced 100 Finalists From Over A Million Entries And Here’s 30 Of Them
Hilarious Finalists of Comedy Wildlife Photography Awards 2020
Shadow Photos of Dogs Reveal Their 'Primal Nature'
Fascinating Photographs Capture Daily Life In Russia Just After The Collapse Of The Soviet Union
Ethereal And Atmospheric Female Portraits By Alessio Albi
A Batman Engagement Shoot: Crystal and Darren
aquatic, beneath, hiding, photos, underwater, water