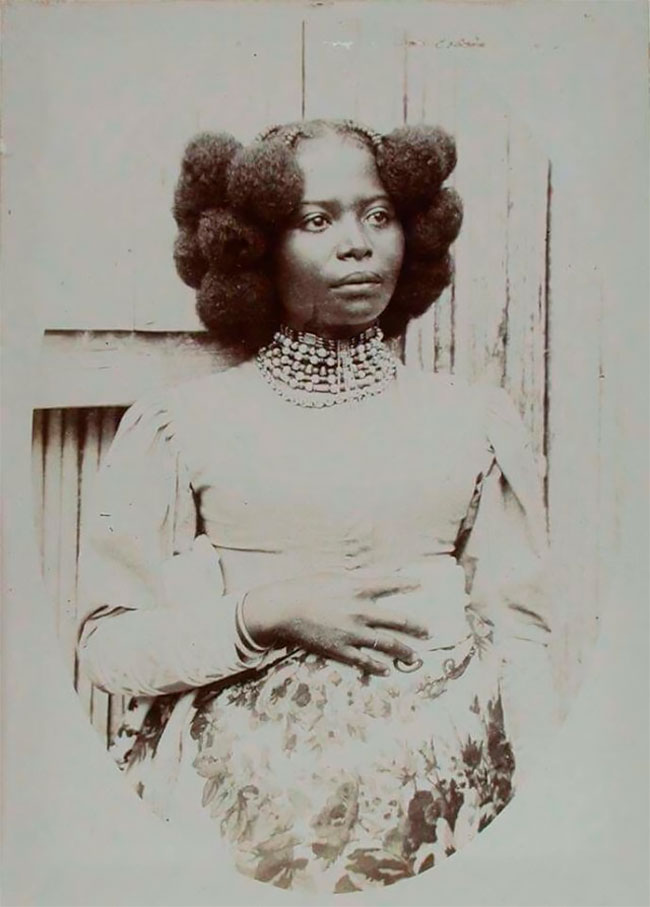 Among works of art, the hairstyle occupies an important place in the traditional life of the Malagasy. Every type of hairstyle has its specificity and its clean signification according to diversity in customs as every ethnic group otherwise as every tribe. Par excellence, it is a job of delicacy, always in harmony with circumstances, that demands however an address, dexterity and of patience. 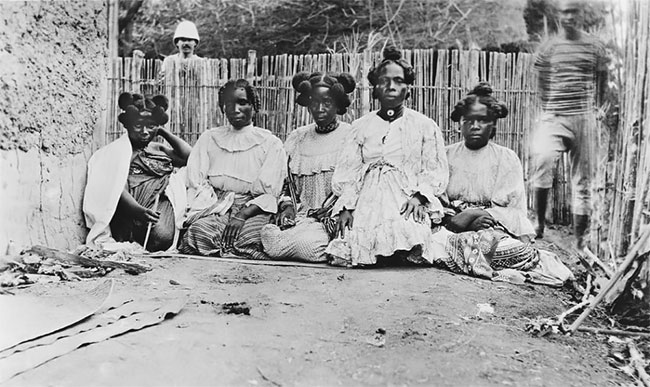 The hairstyle constitutes a finery which raises forms of the face by its modeling. Although traditionally they contented simply themselves with carrying a lamba; a bag or sometimes a hat, later the Malagasy added various objects of finery such as jewelry, laces, and all kind of locally available coquetry and fancy things. 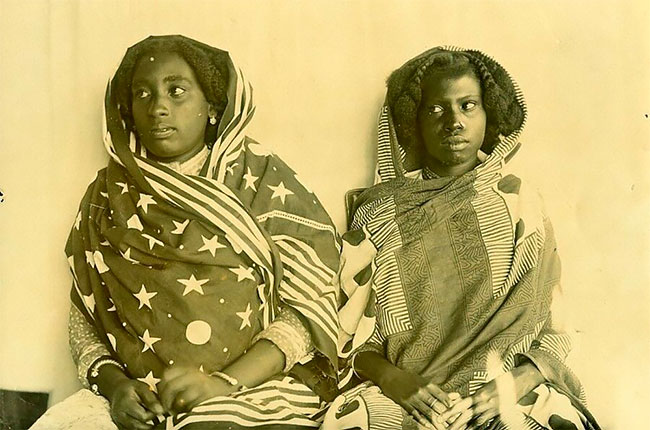 Different forms of hairstyles adapts with age, marital status and circumstances. For example, the hairstyle for ceremony (family celebrations, ritual demonstrations…); the daily life hairstyle; and the hairstyle for mourning. This traditions are followed by both women and men. During the same ceremony, the little girls, the boys, the teenagers, the women, the men and the old persons carry different hairstyles. 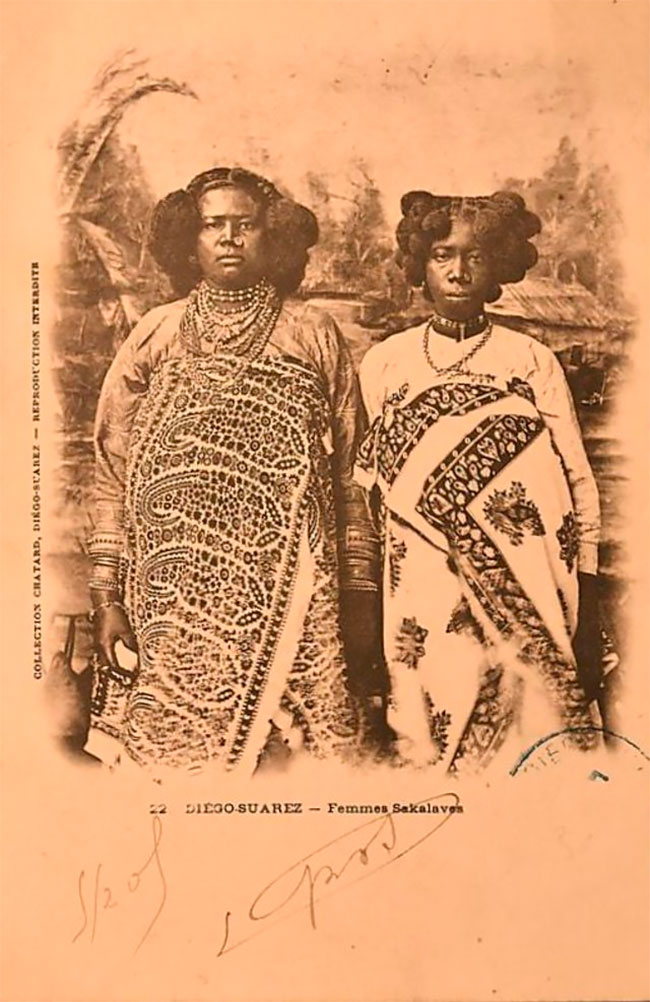 The art of hairstyling is transmitted in principle from generation to generation for every ethnic group, whatever is the quality of hair, with their variety and their specific character: smooth, right and fine (Tsobolo); wavy (Oly); curled (Ngita); short (Fohy); long (lava)… 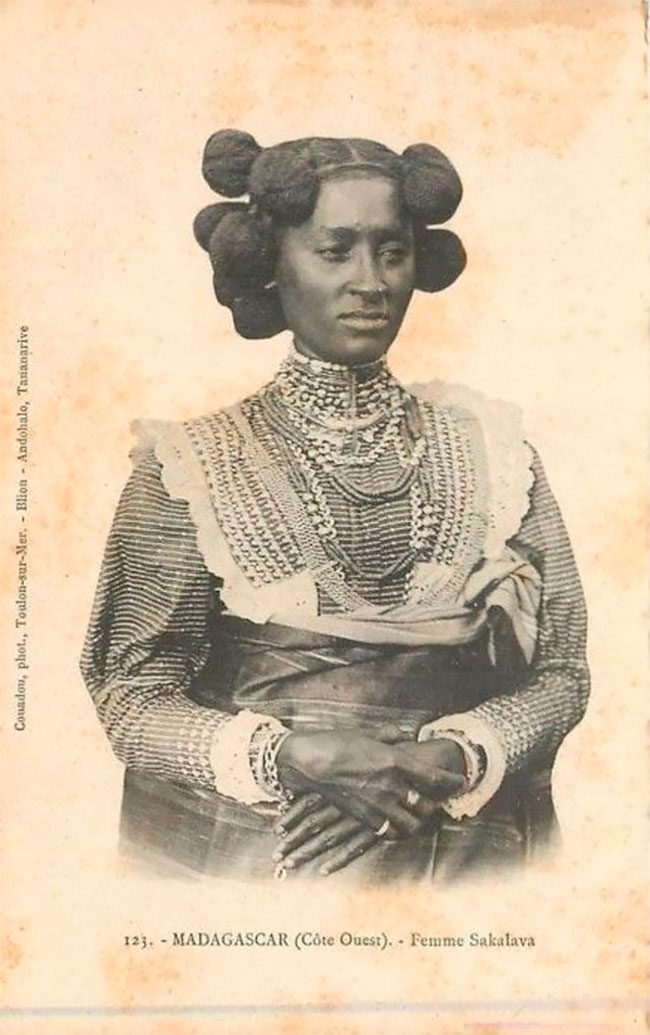 In general, the Malagasy have habit to braid their hair. The hairstyle allows so to classify every individual in hierarchy or in its social function. In case of mourning, some prescripts give rise to modifications. Historically, to some tribes, to pay tribute to the deceased, the women and the men had to sacrifice their hair except the tribe leader. 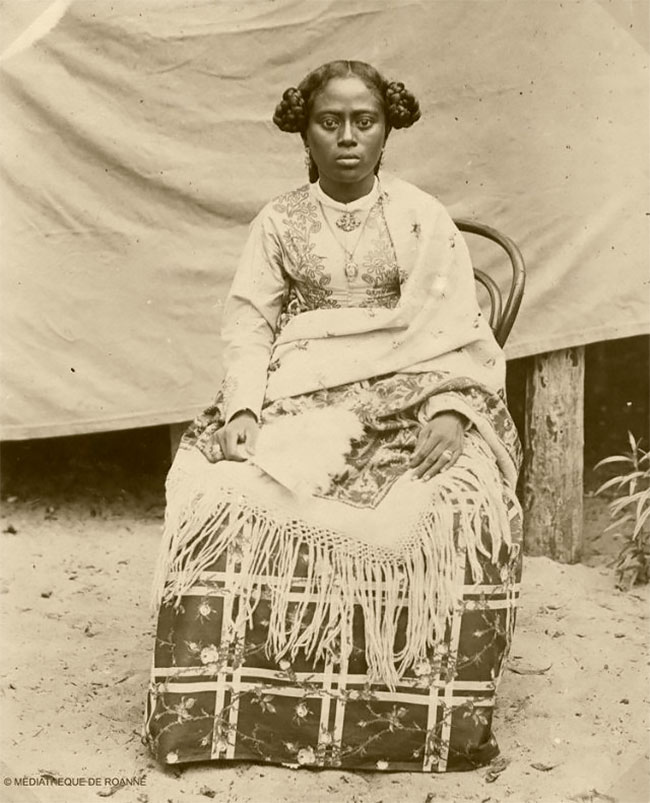 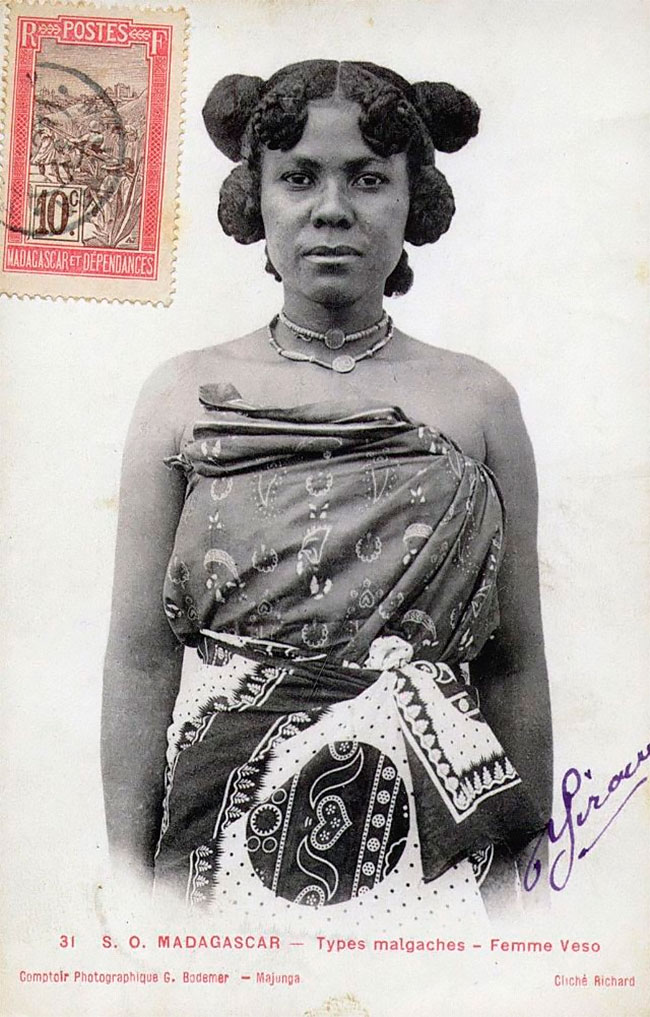 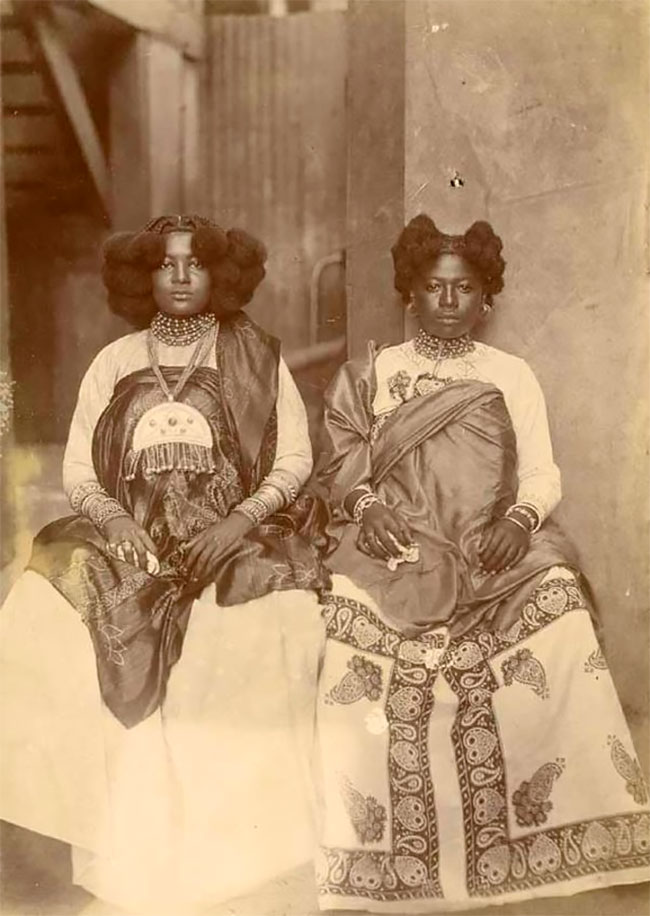 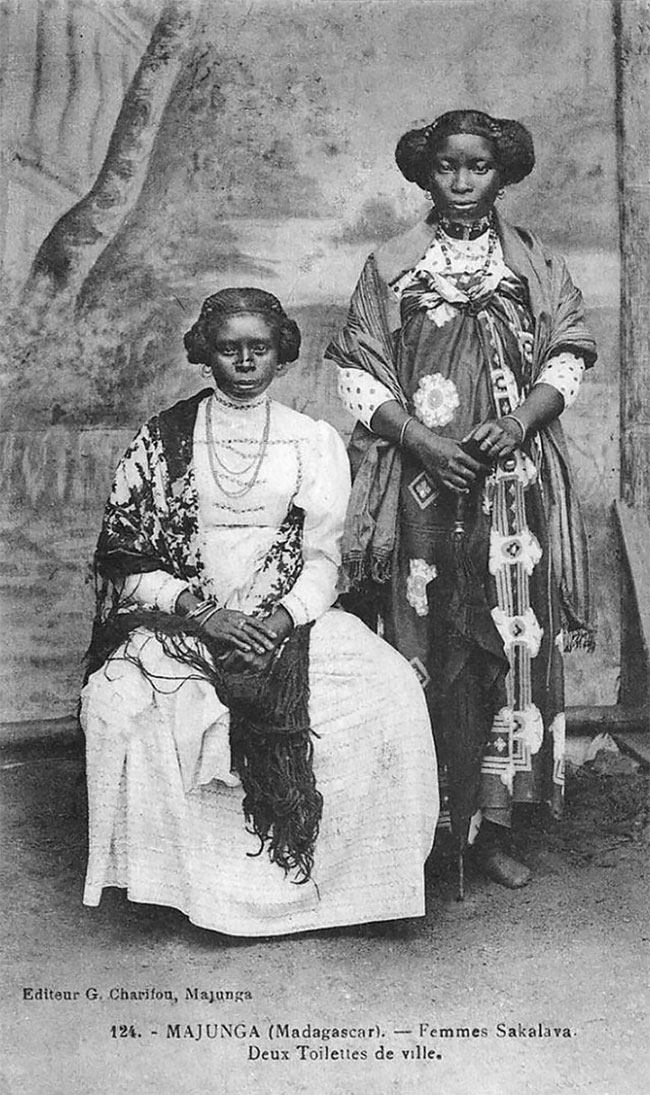 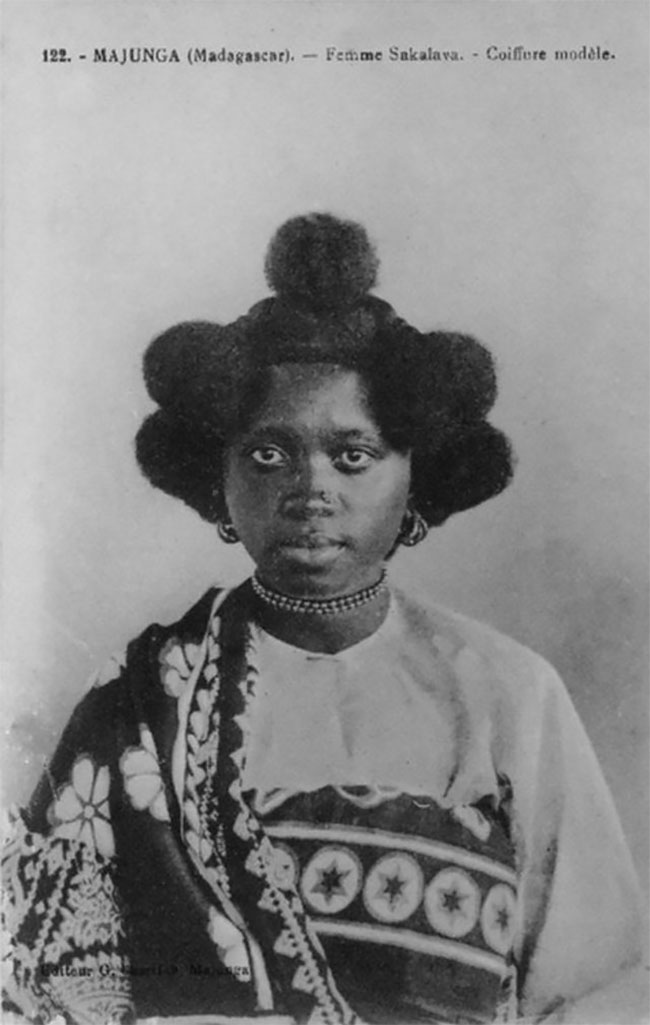 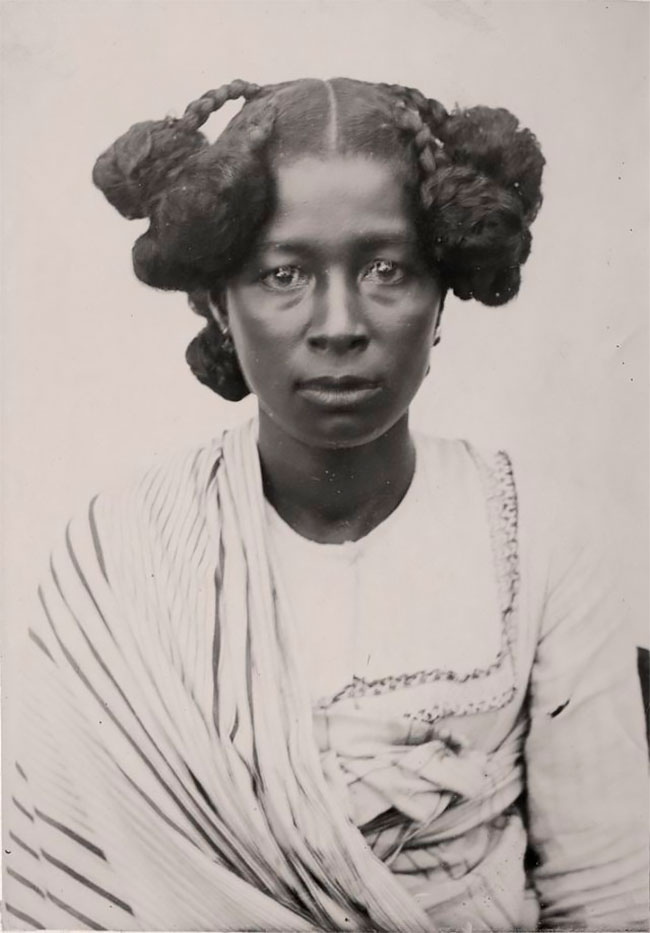 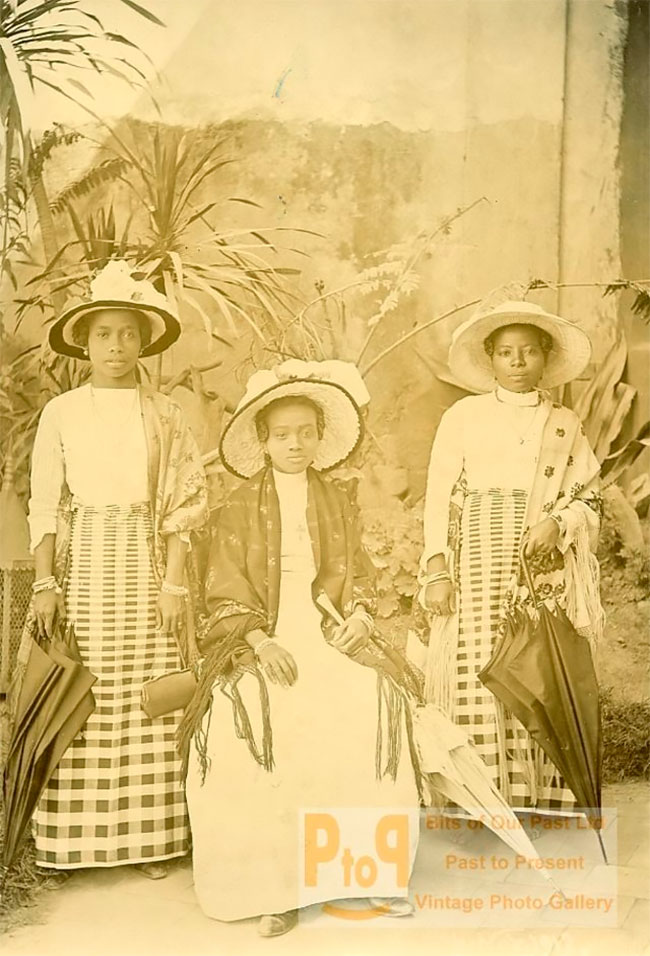 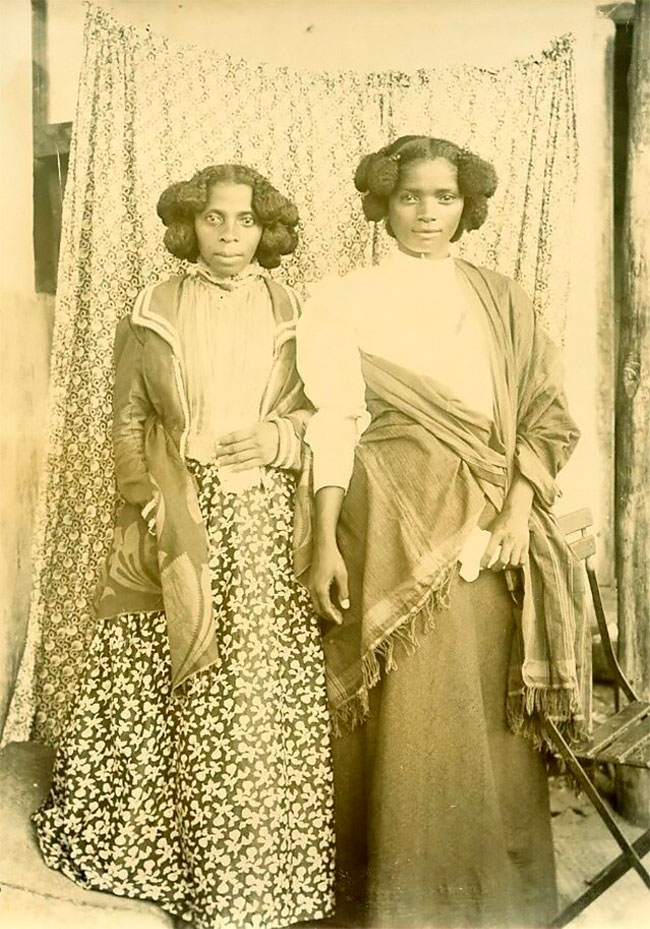 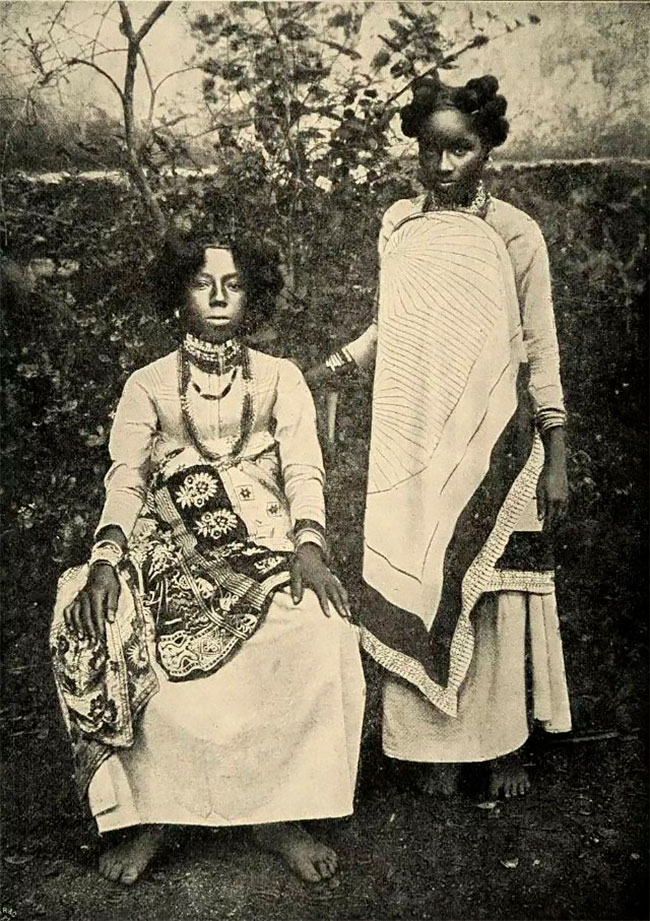 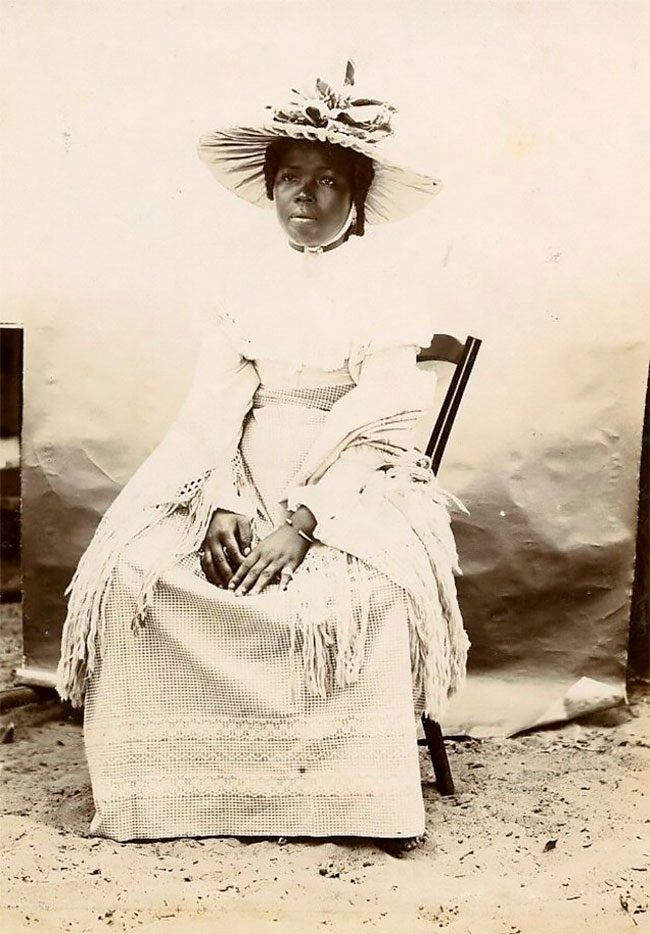 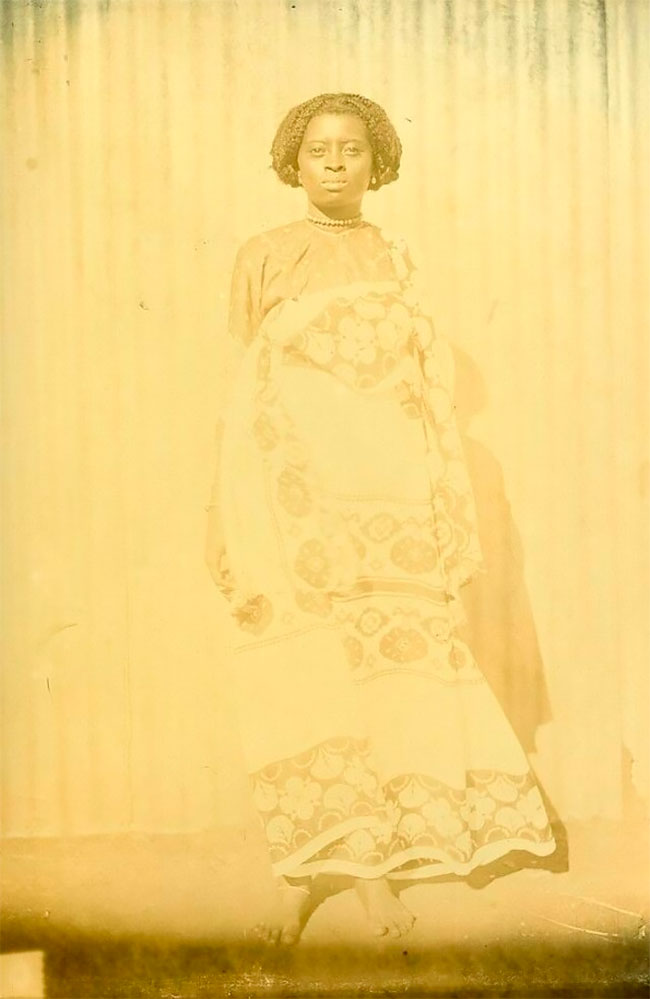 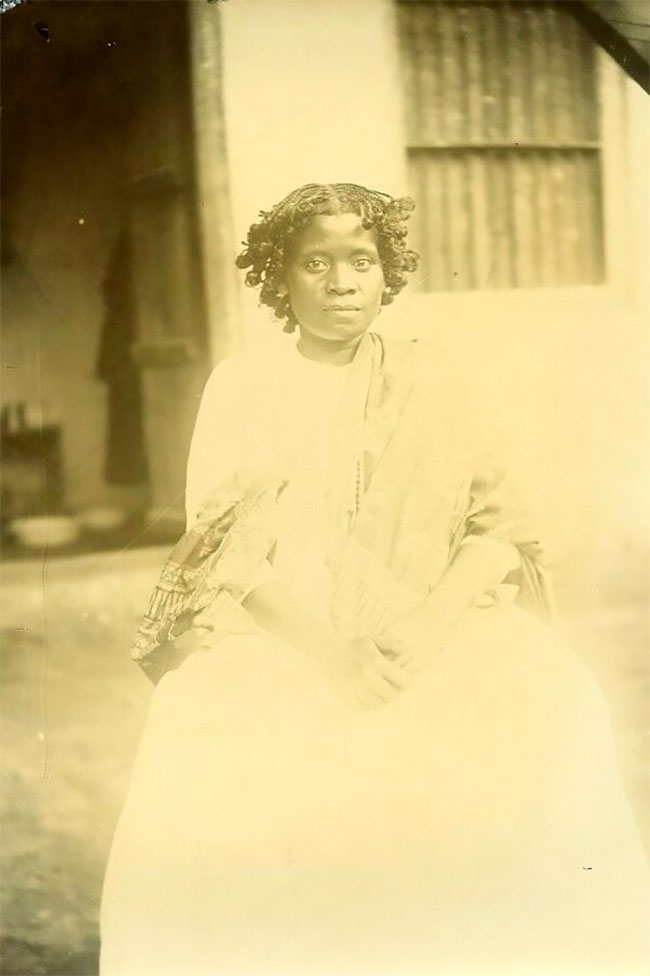 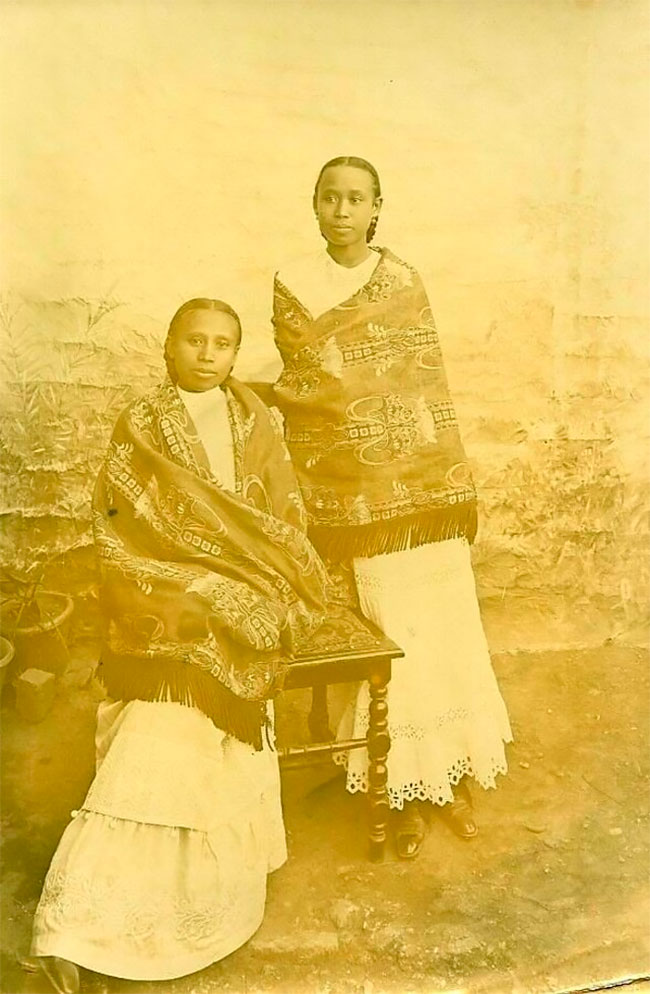 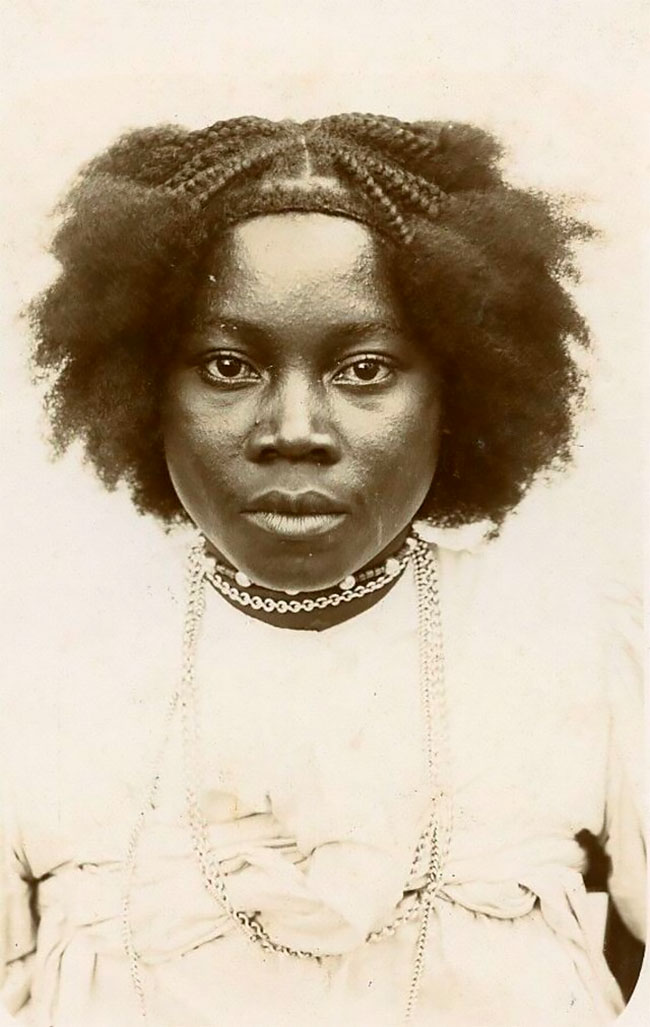 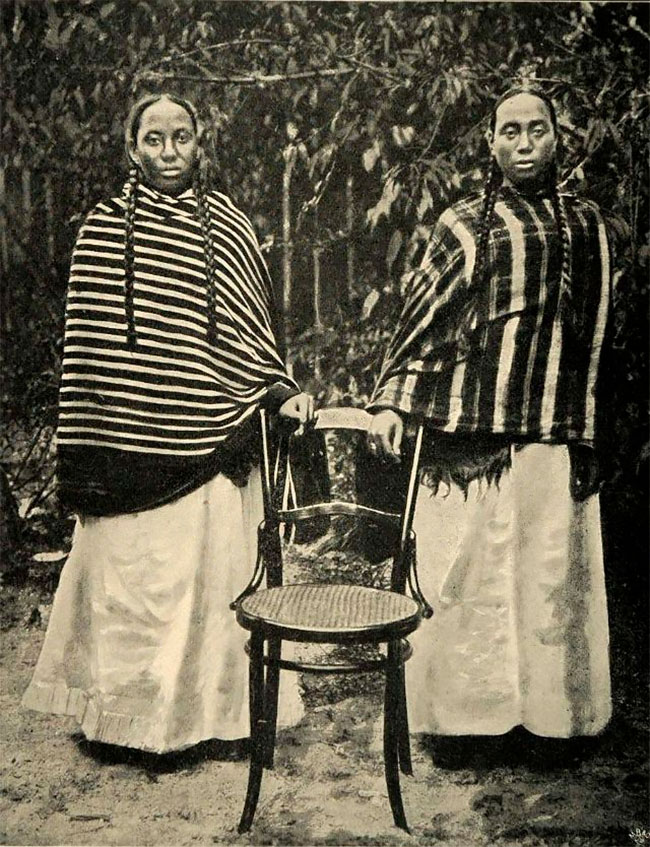 Who Says Girls Can't Repair Cars? Check Out These Amazing Photographs Of Women Auto Mechanics From The Early 20th Century
Photographer Ido Meirovich Captures Stunning Photos Directly Above Surfers, Making Them Look Like Abstract Artworks
Artist Visualizes Freddie Mercury As The Protagonist Of Vintage Comic Book Covers
Olivia Wilde for Modern Luxury
A Day at the MoMA with Bill Murray
Breathtaking Outdoor & Lifestyle Photography from All Over the World by André Alexander
Jan Erik Waider’ Photos Capture The Dark Beauty Of Greenland Icebergs And Northern Landscapes
"The Memories Of The Future": Photographer Nuno Assis Captures Fantastic Photos Of Hong Kong
Artist Used A.I. To See How Good It Would Be At Guessing What These Celebrities Looked Like As Teenagers
Your Beautiful Home In 1974 On A Budget
Vish Maradia Photographed Herself To Portray Anxiety With The Help Of Photo Manipulation
Invisible People: Stunning Street Photography Series Inspired By A True Story
Charlize Theron and Michael Fassbender
Concepts From Future Past: Cool Pics Of The 1951 Buick LeSabre Concept Car
Intimate Bird Portraits Highlight The Refined Beauty Of Our Feathered Friends
"Hong Kong On Fire": Local Photographer Captured Stunning Images Of The Days In Fight For Civil Rights
Cheerful Photographs of Hipsters Taking It Way Too Far
In Between Times: Lyrical And Nostalgic Atmosphere Of The Soviet Ural Region In Beautiful Black And White Photographs Of Ivan Galert
Photographer Captured Stunning Pictures Of Milky Way In Finland’s Most Desolate Landmarks
The Most Creative Photos Of The World Naked Gardening Day 2020, Even In Isolation
Stunning Photos Of The Abandoned Armoured Repair Factory In Kharkiv, Ukraine
Winning Photos Of The 2017 UK Royal Society Of Biology Photographer Of The Year
Brilliant Landscape Photography In Hawaii By Jason Wright
Pawel Gulewicz Creates Anonymous Street Photography Which Asks Who The People We Pass By Every Day Really Are
hair, madagascar, retro, style, women

This Woman Had A Humorous 'Sexy' Boudoir Photo Shoot In A T-Rex Costume
Weird Medieval Paintings Of Cats Licking Their Butts
Atmospheric Photographs of France in the 1940s Through a German Soldier’s Lens
Stunning and Rare Images of The 1935 Adler Diplomat 8 Wheels
Auto Mechanics Strike A Pose With Hilarious Renaissance-Style Paintings
Still Life in 1960s New York in Beautiful Memorabilia Photographs by Evelyn Hofer
These Beautiful 16th Century Watercolors Illustrate the History of Comets And Meteors
Photographer Challenges Herself To Shoot In ‘Ugly’ Location, And Results Prove That It’s All About The Skill
New Wave Downtown Fashion by Edo Bertoglio
In the Days Before Fridges: Vintage Photographs Show Butcher Shop Fronts In The Victorian Era
Source of inspiration since 2007. Proudly hosted by WebHostingBuzz.
Privacy Policy · Terms of Service · Content Removal Policy 🇺🇦 ❤️