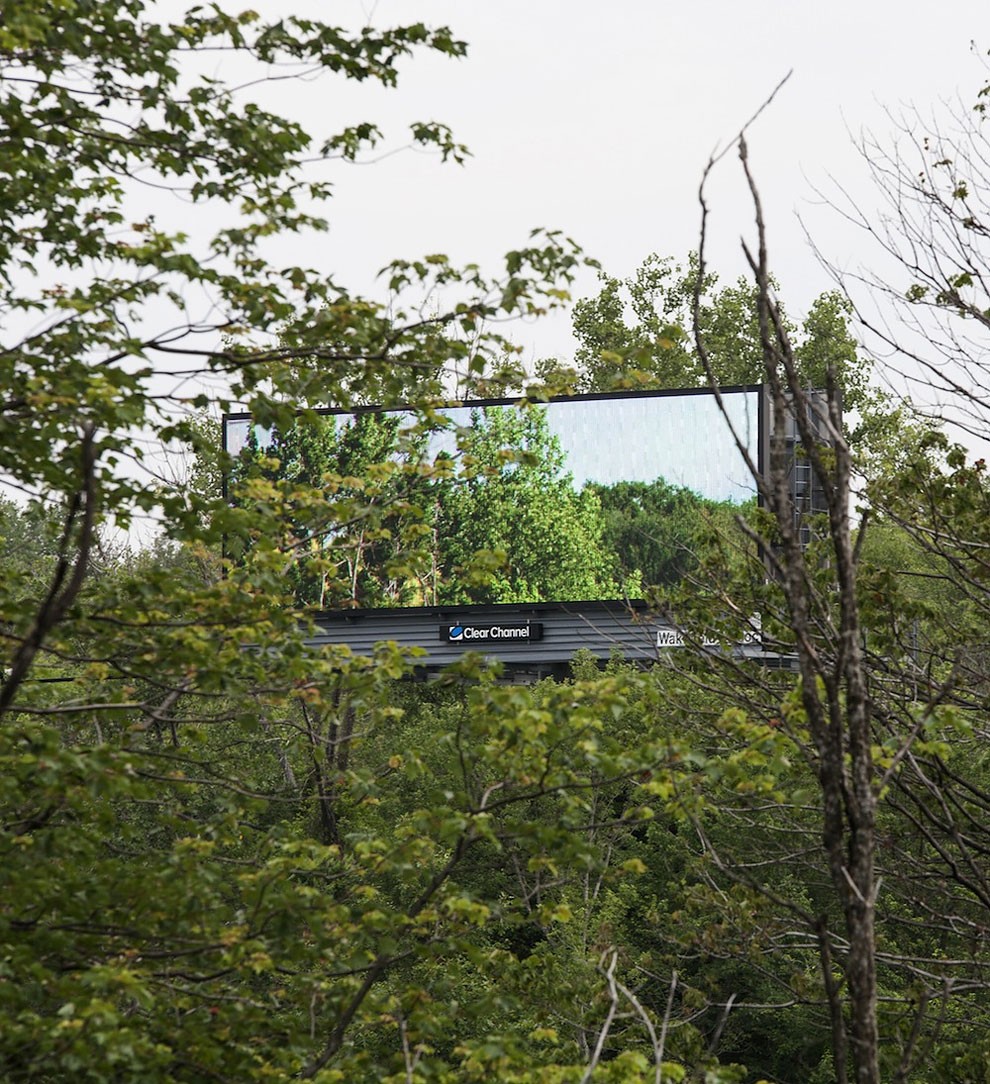 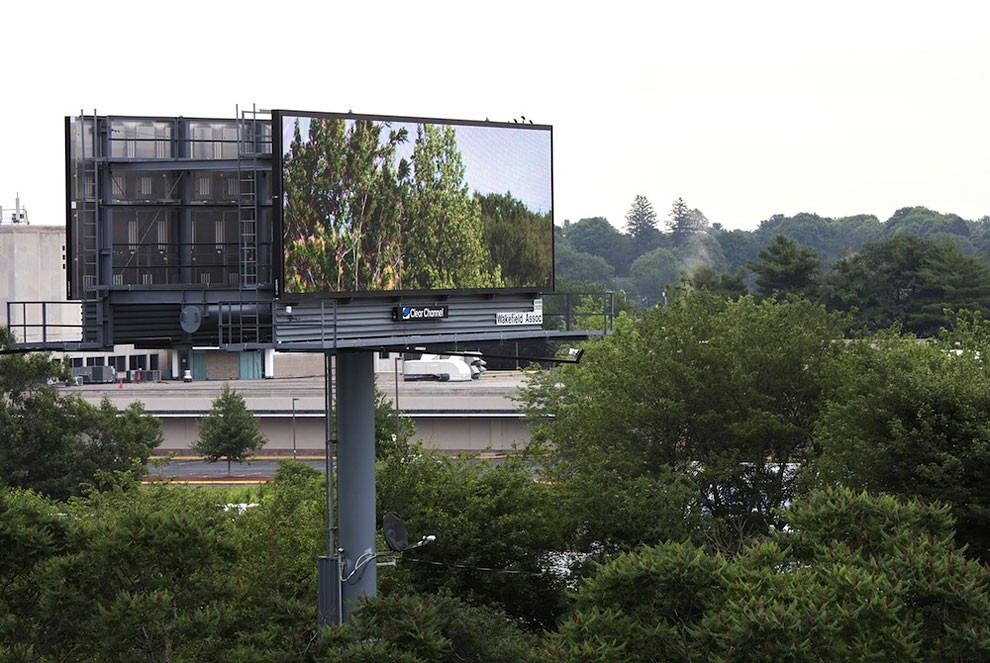 Kane’s digital billboards circulate between pictures of surrounding natural environments, creating “unvertisements” that promote nothing instead of shoving products, restaurants, and services in consumers’ faces from above. The piece builds upon a body of work Kane has been producing that places digital experiences into real world situations. “Healing Tool” is named after the Photoshop tool used to patch over errors in photographs, just as his project is patching over unnatural blips of landscape (billboards) seen from the highway. 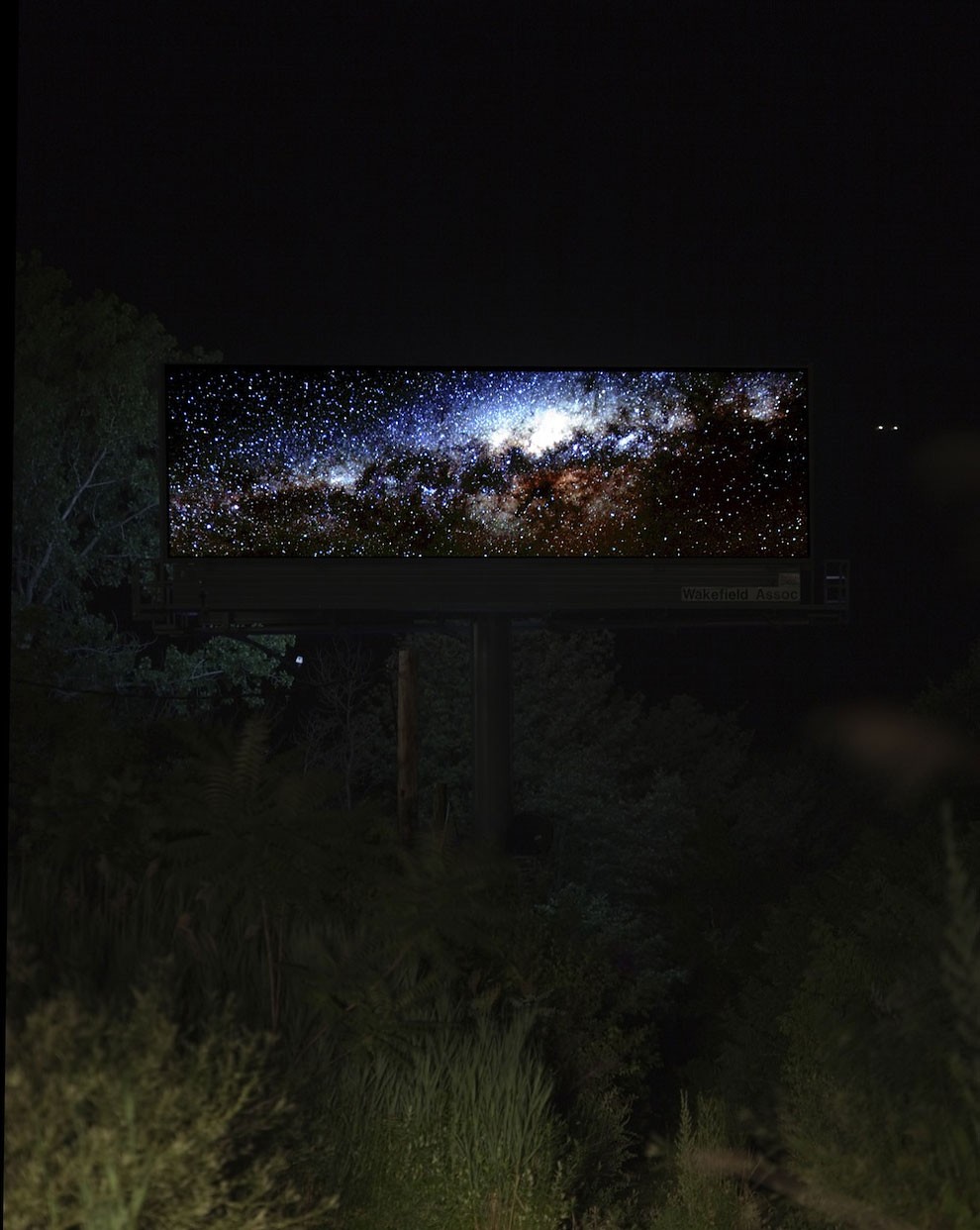 The pieces change depending on the time of day. Daylight hours feature natural images of areas surrounding the billboards, while evening hours display high-resolution images of the moon and Milky Way that allow viewers a clear glimpse of the cosmos despite urban light pollution. 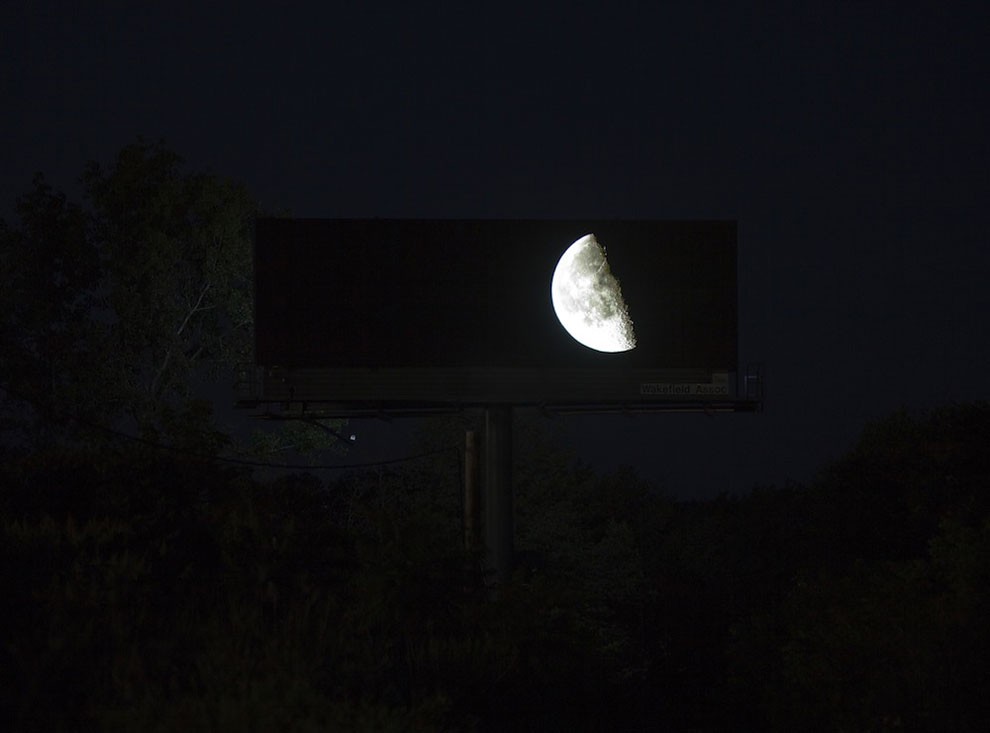 Kane explains, “By removing the marketing message from the advertising space, we create an unexpected moment of introspection. People are allowed to interpret an image based on their own experience, and not necessarily with the singular focus of the advertiser’s intent.” 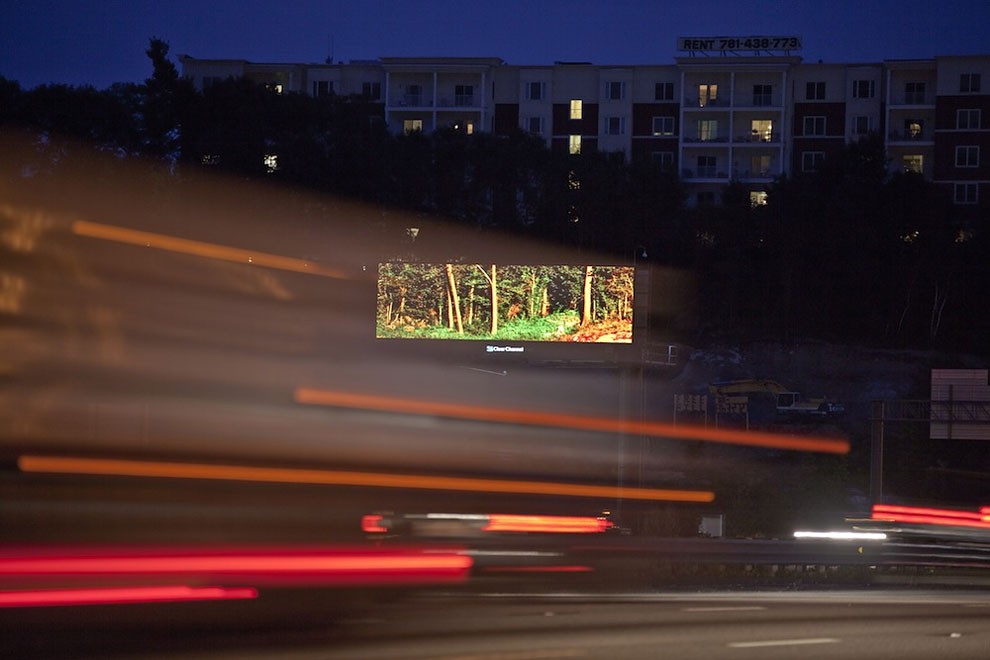 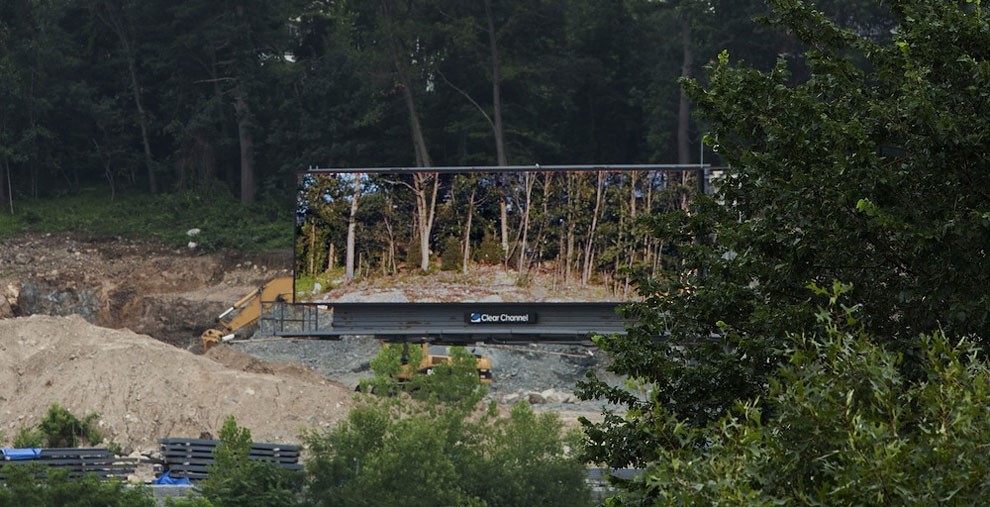