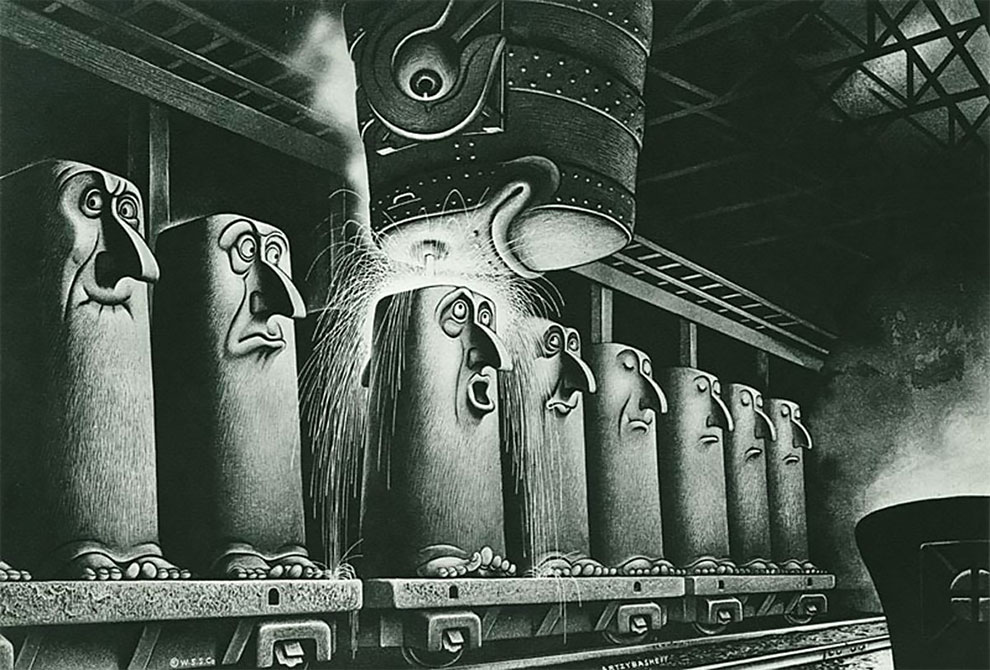 Boris Artzybasheff (25 May 1899 – 16 July 1965) was born in Kharkiv, Ukraine. In 1919 he arrived in New York City and began work as an engraver. He illustrated 50 books, many of which he wrote, and scores of magazines, including Life, Fortune, and more than 200 covers for Time.

Included here are some of Artzybasheff’s adverts for the Wickwire Spencer Steel Company of New York City. Published in 1942, the adverts called on readers to “help end the war” by collecting scrap iron. 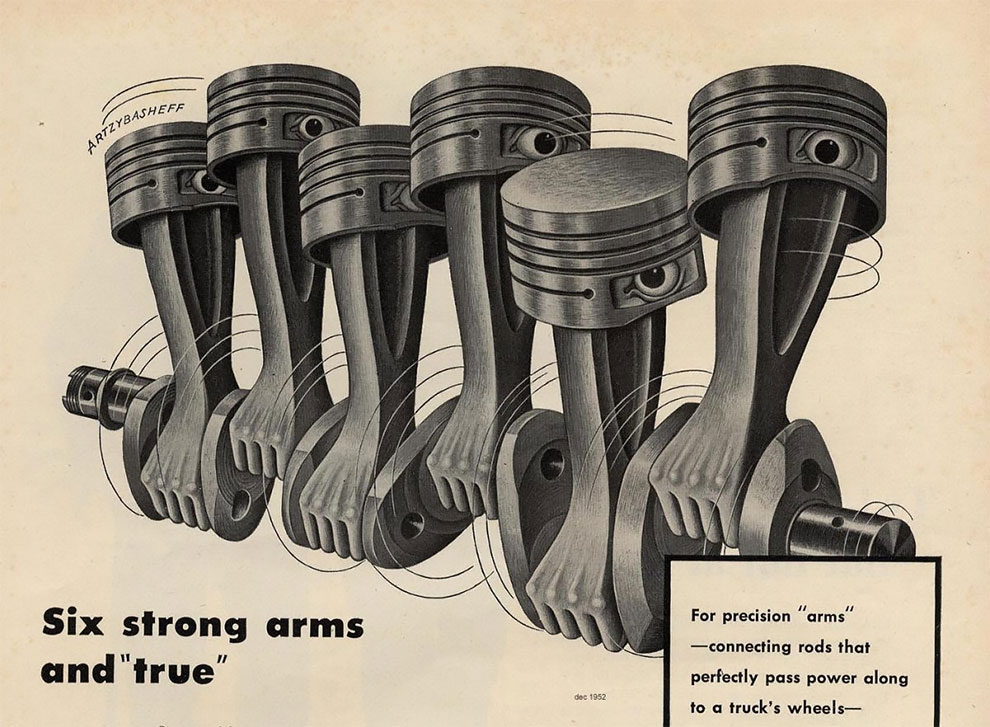 “I am thrilled by machinery’s force, precision and willingness to work at any task, no matter how arduous or monotonous it may be. I would rather watch a thousand ton dredge dig a canal than see it done by a thousand spent slaves lashed into submission. I like machines,” he wrote. 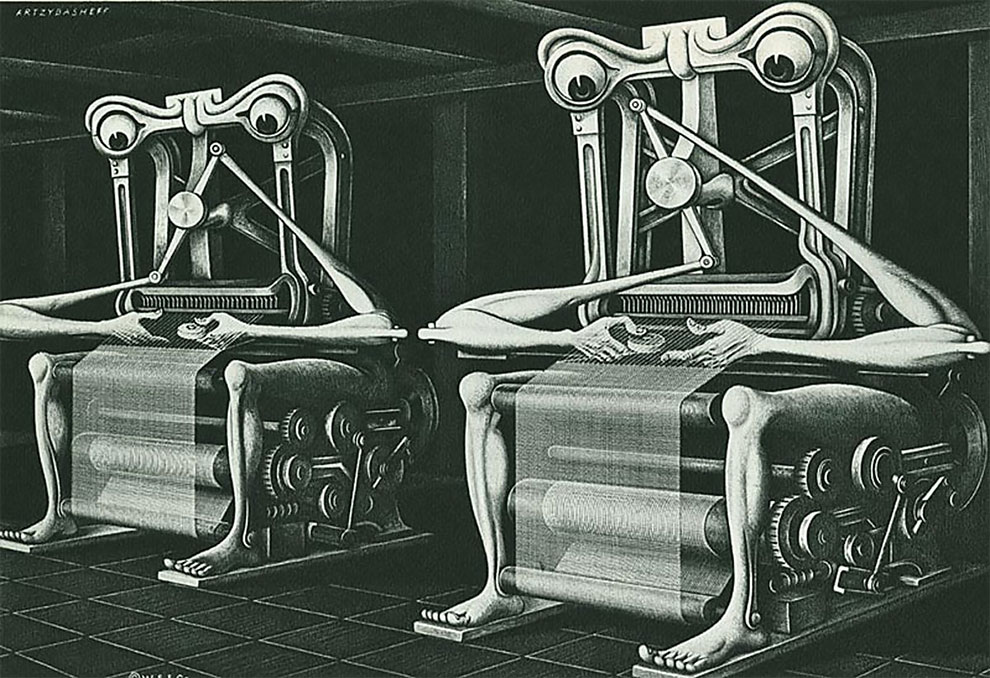 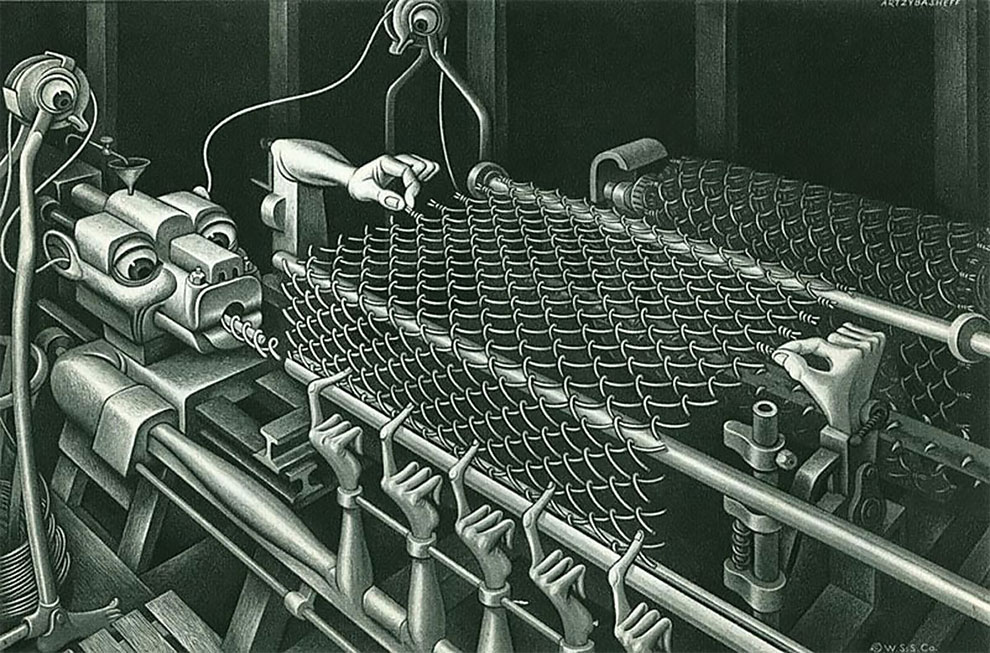 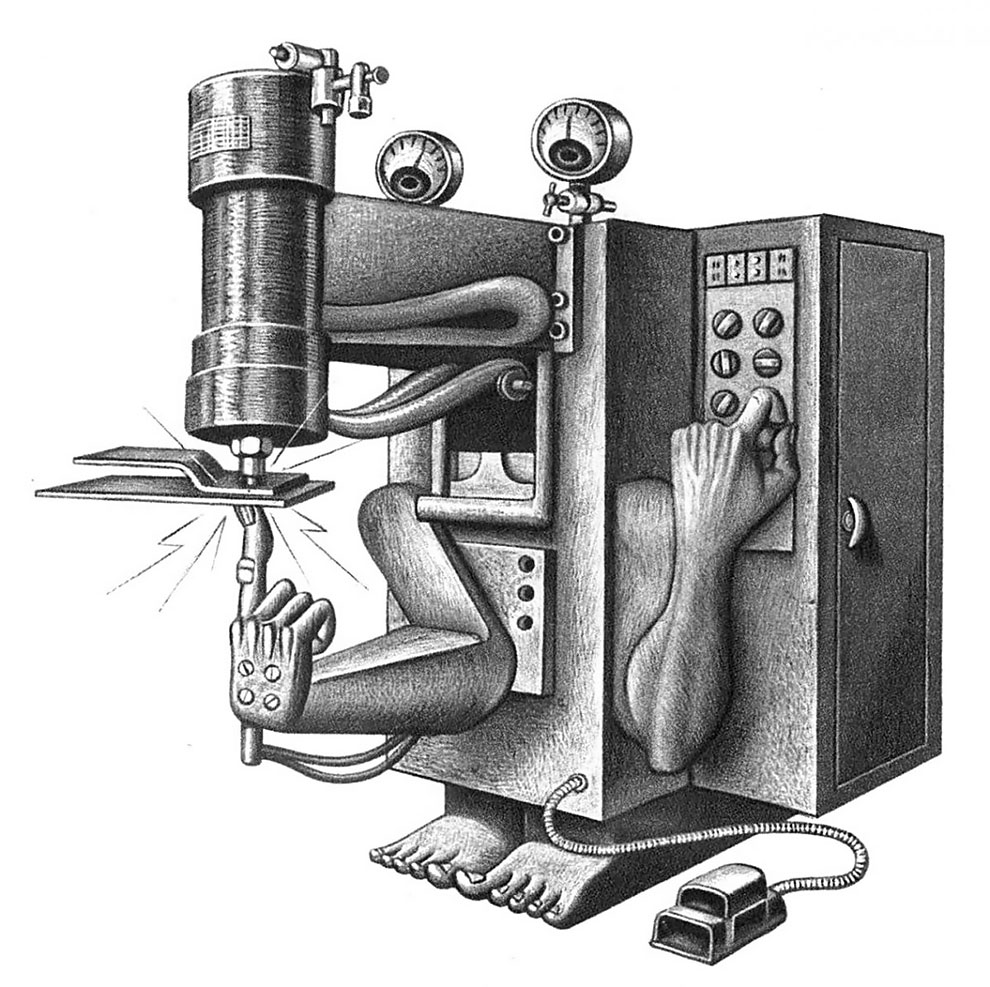 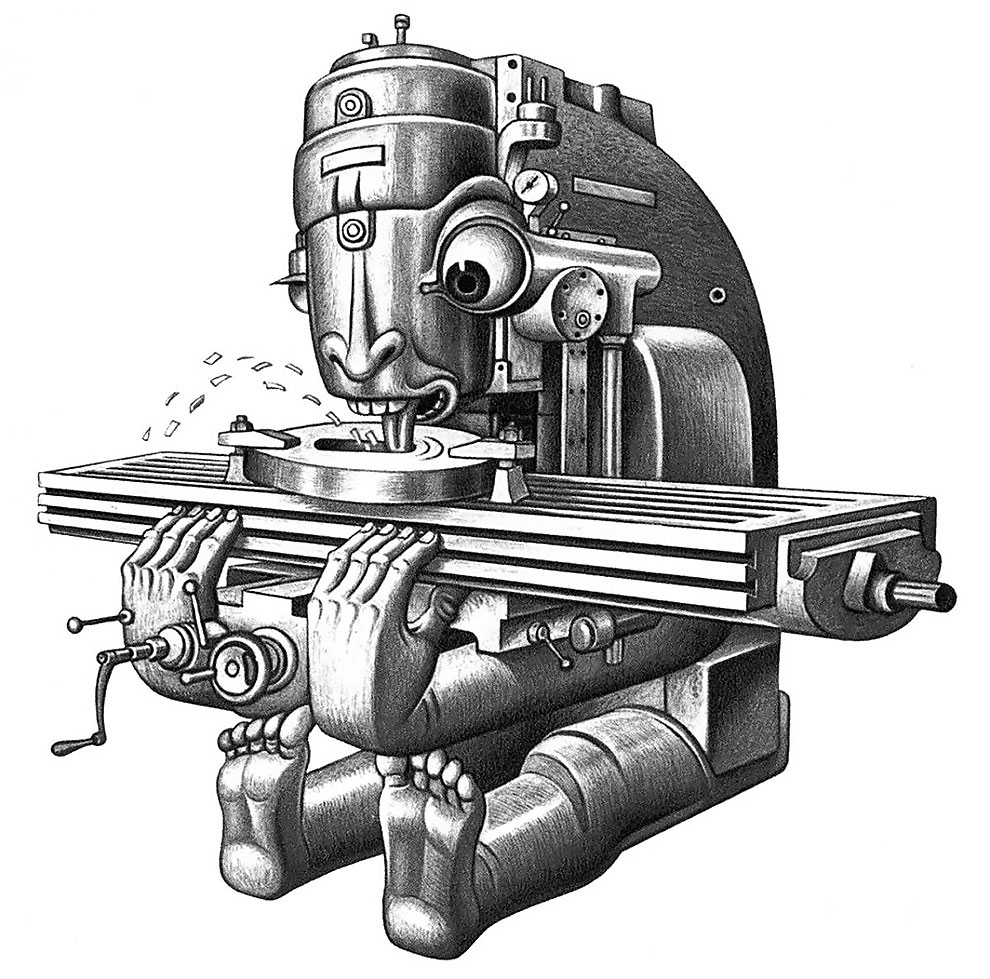 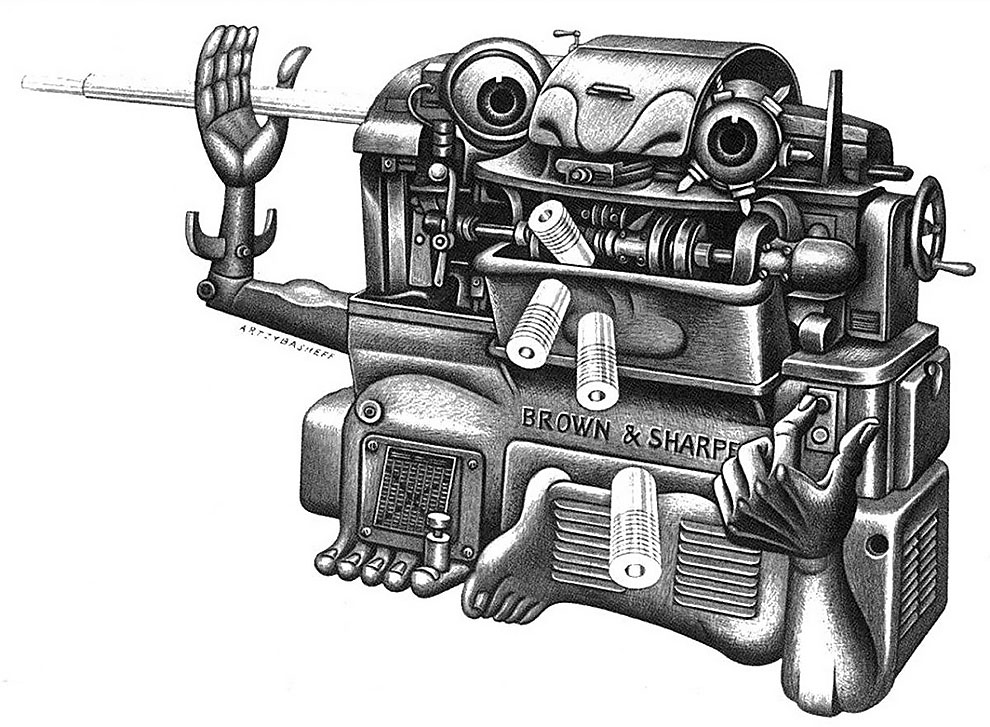 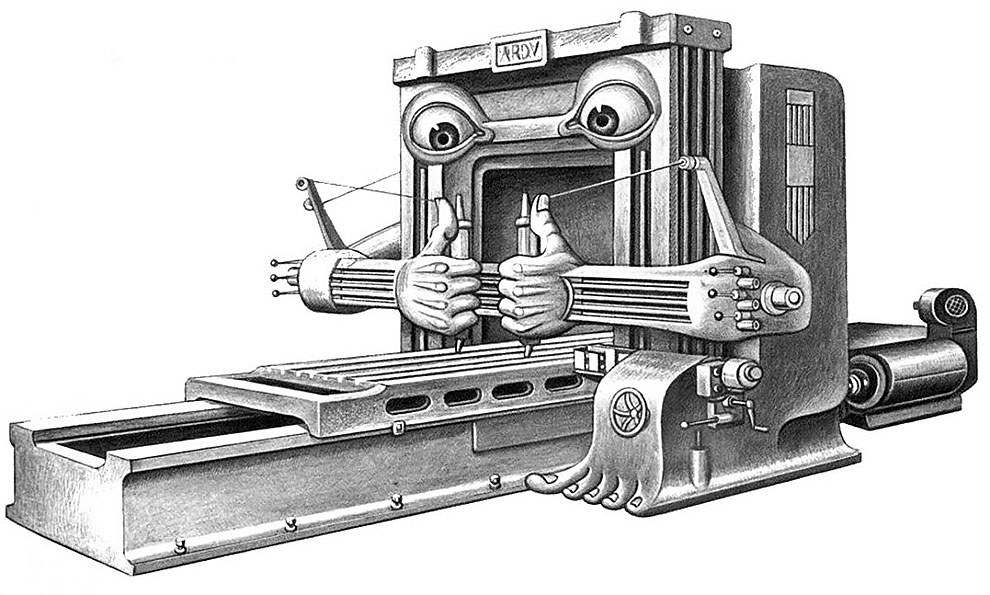 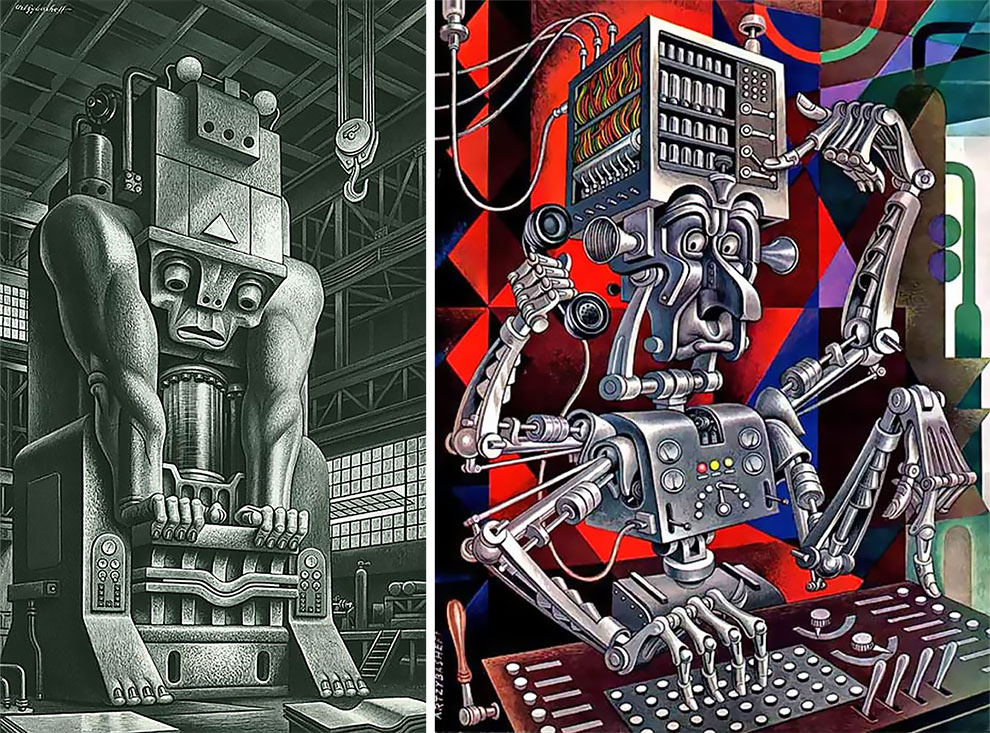 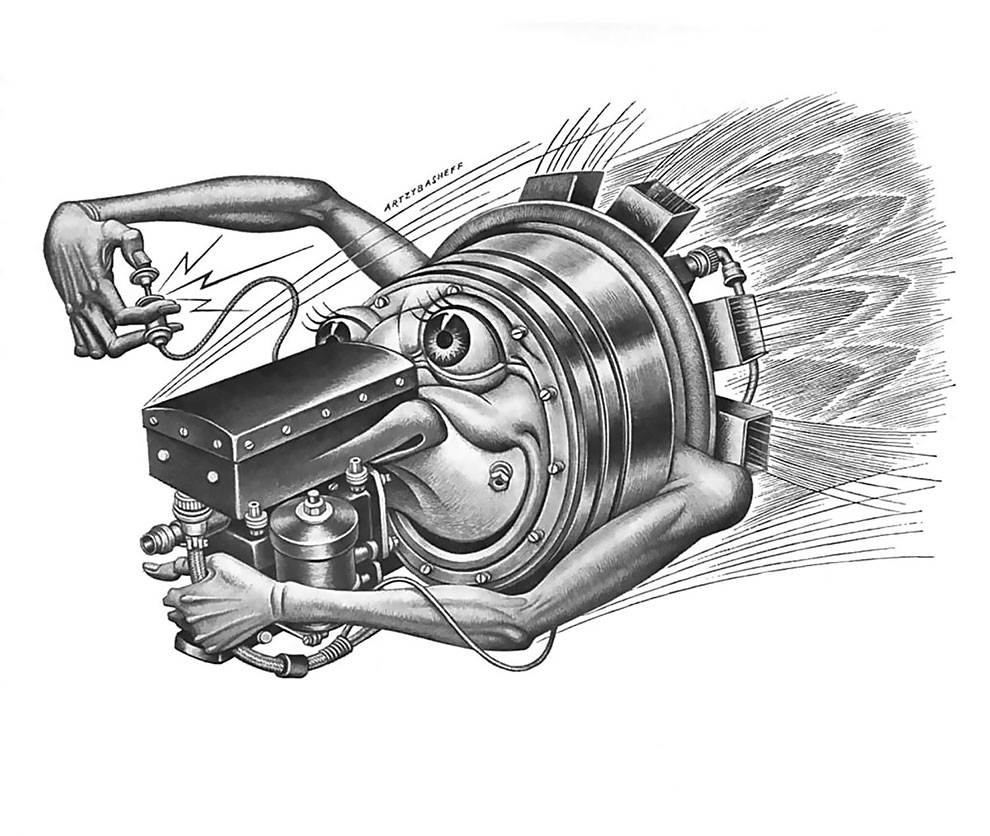 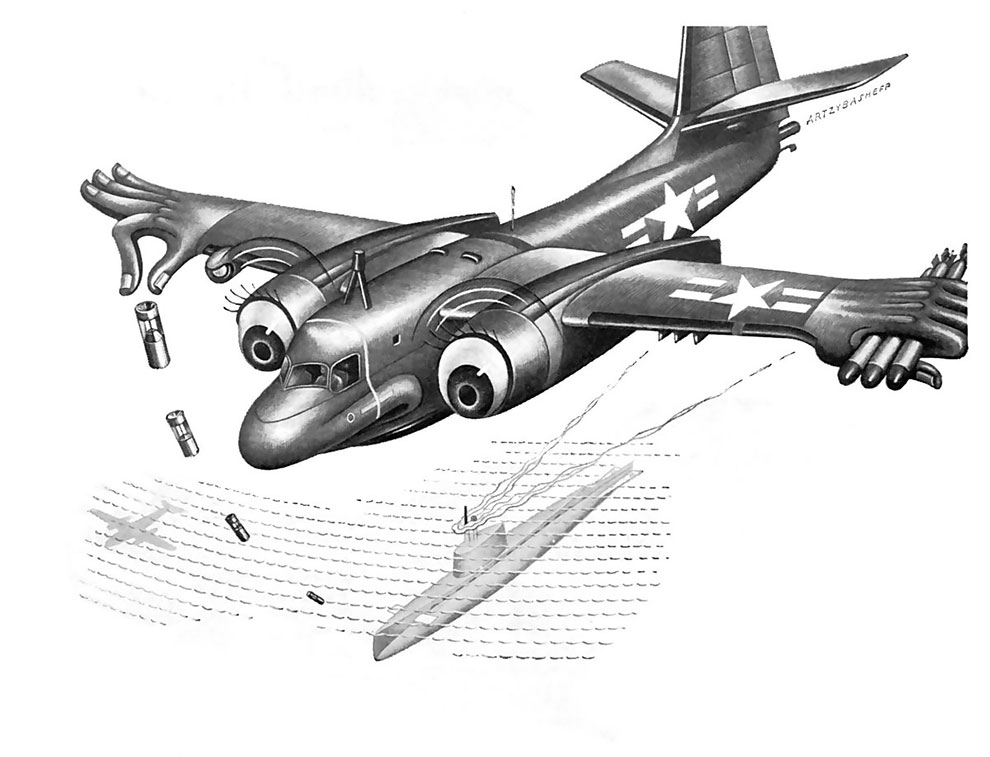 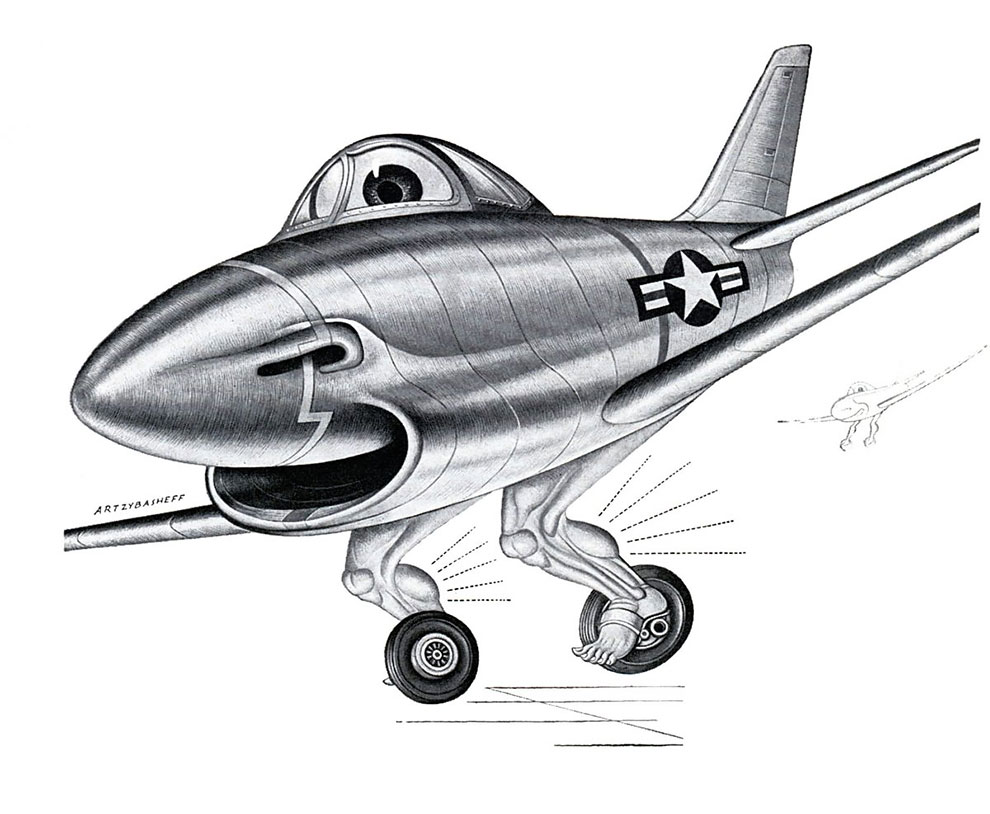 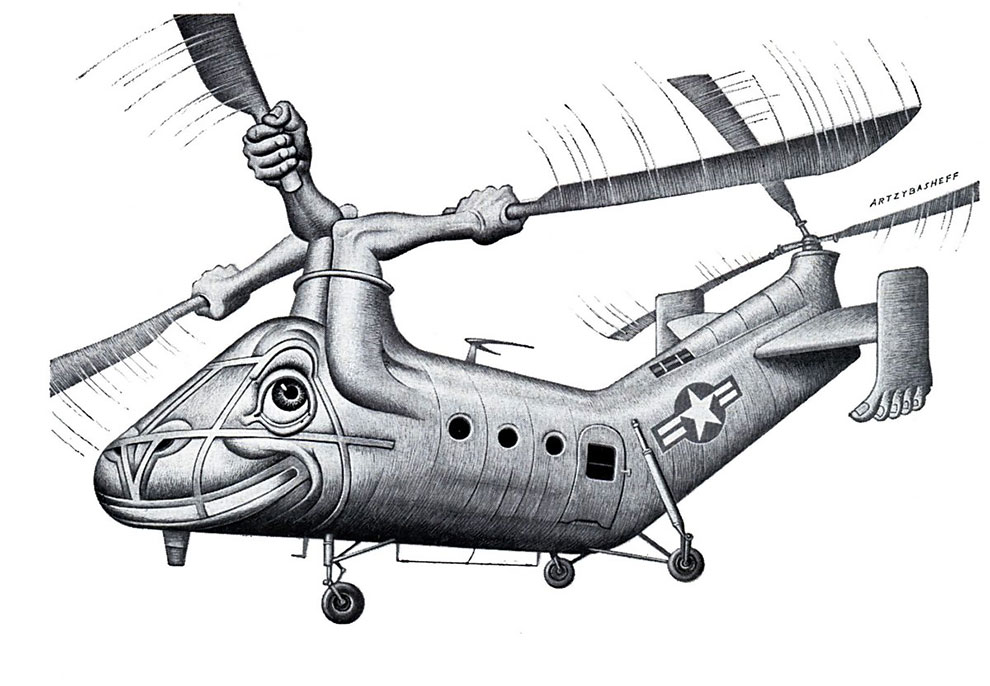 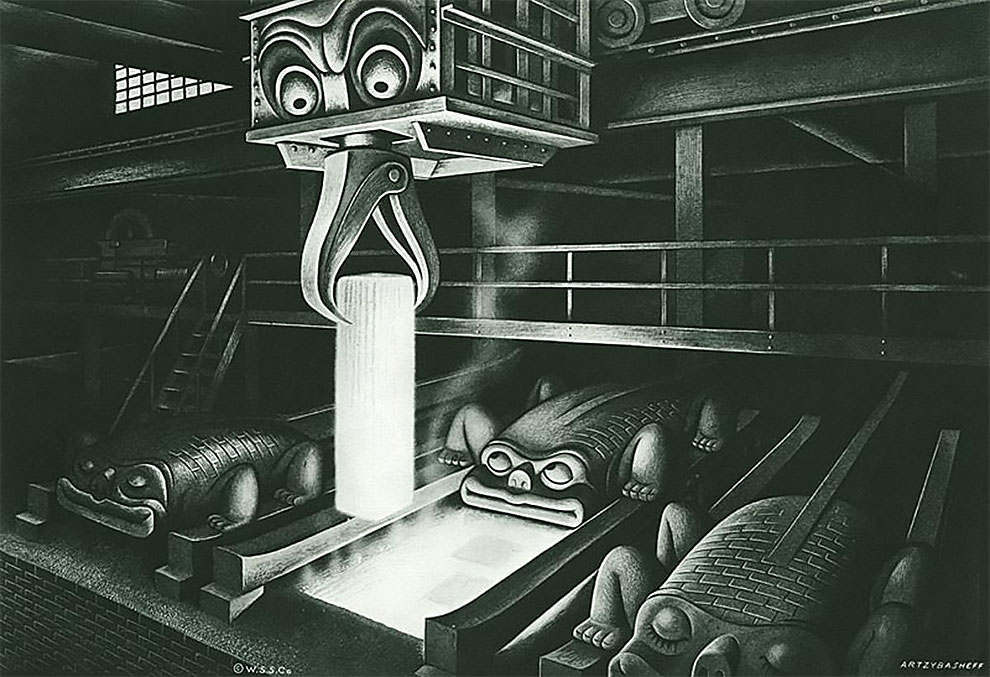 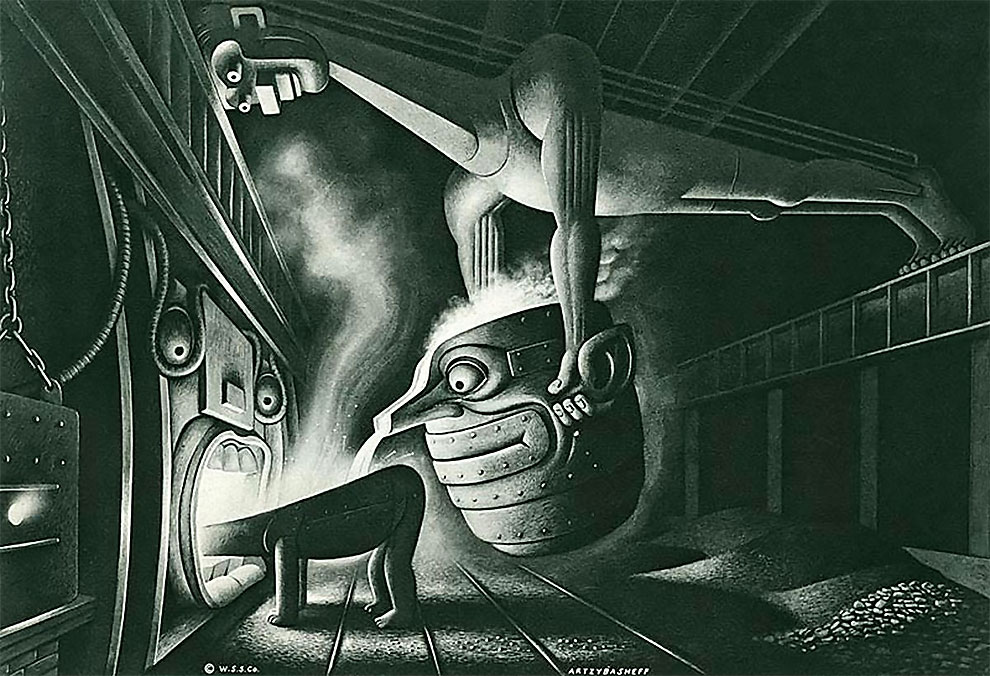 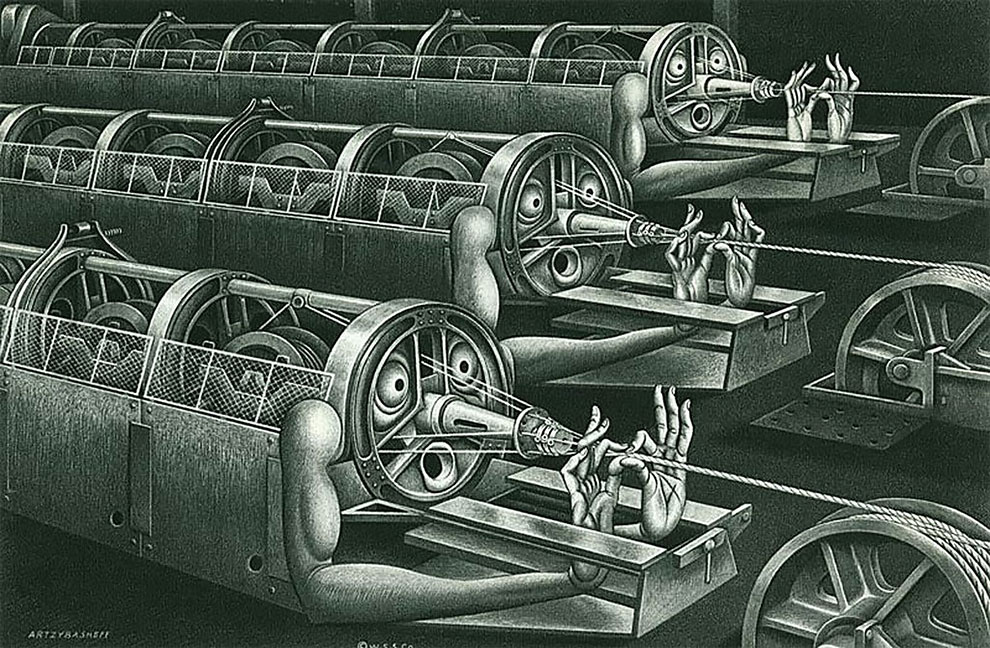 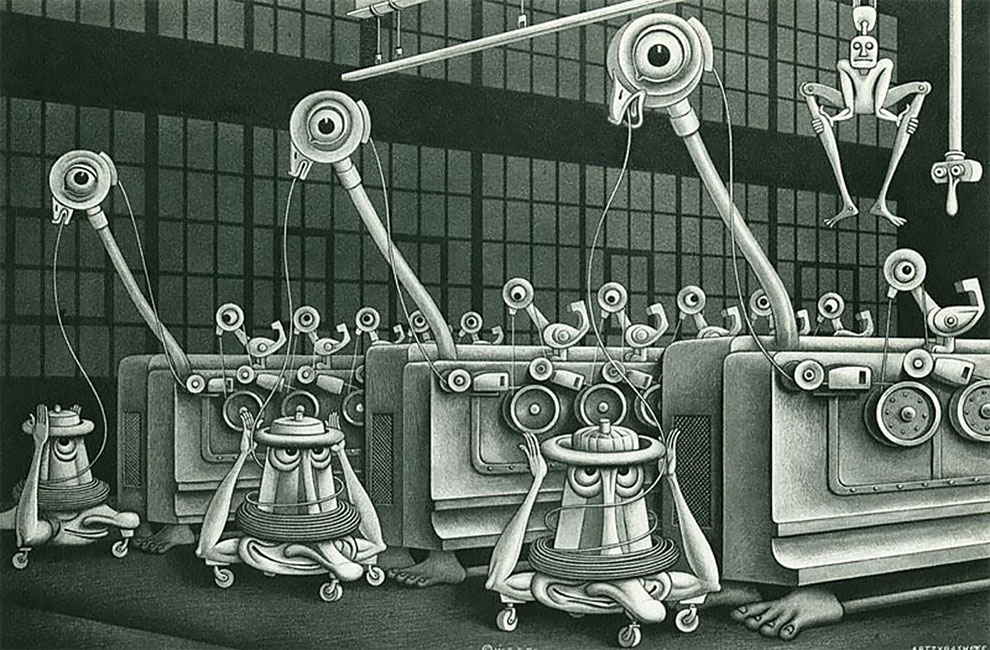 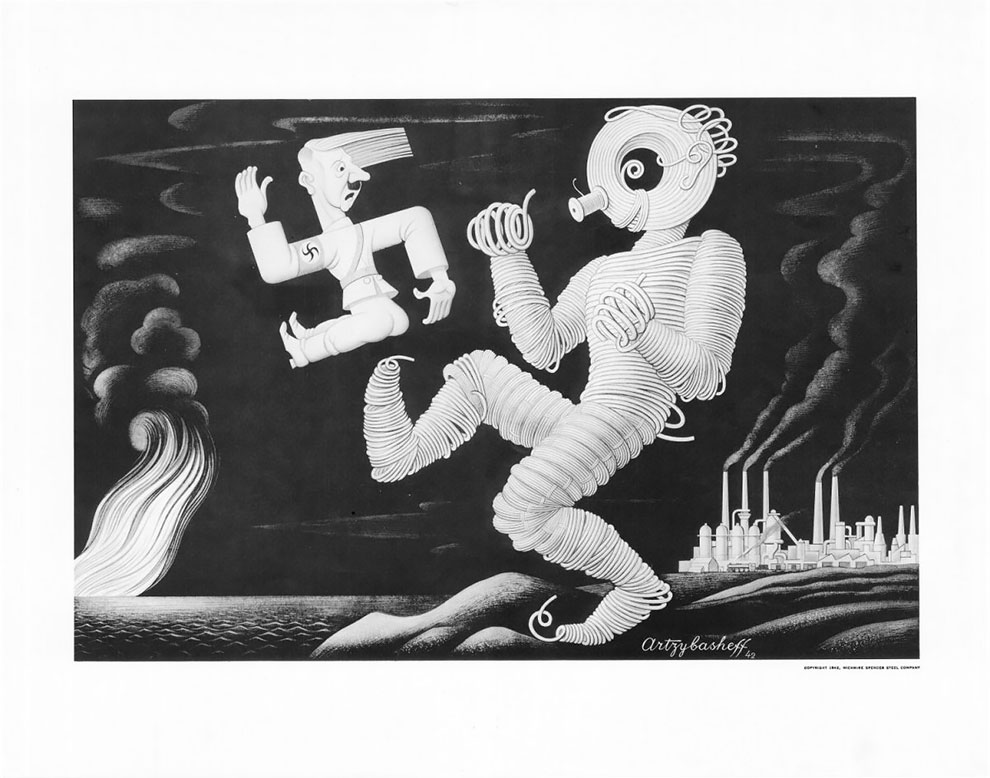 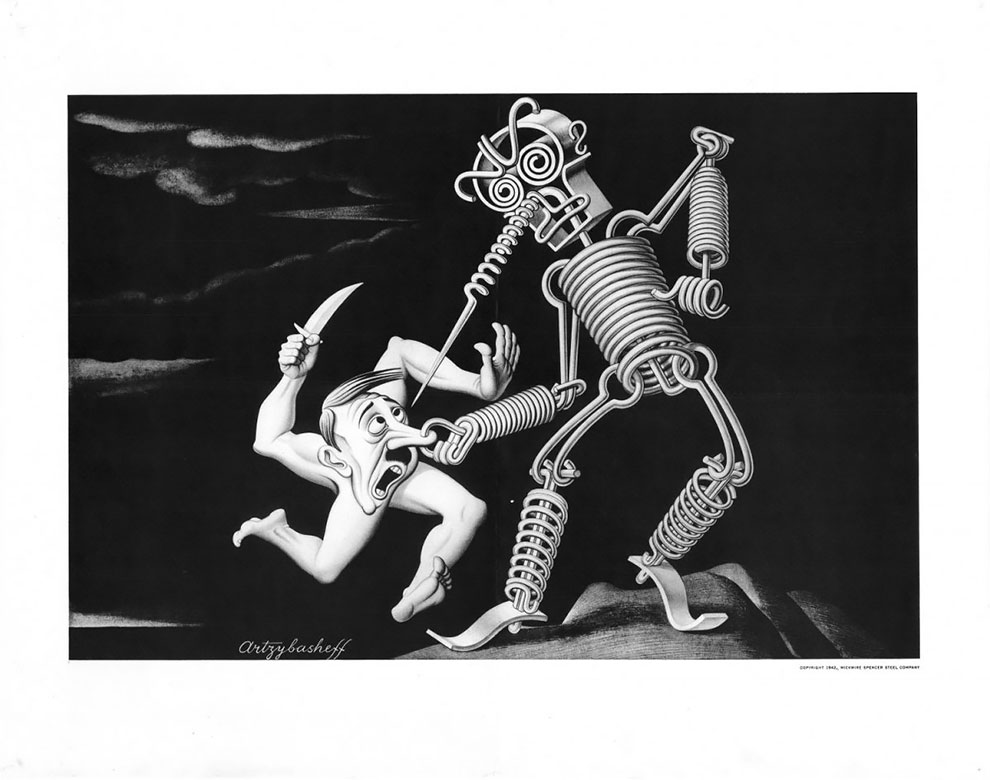 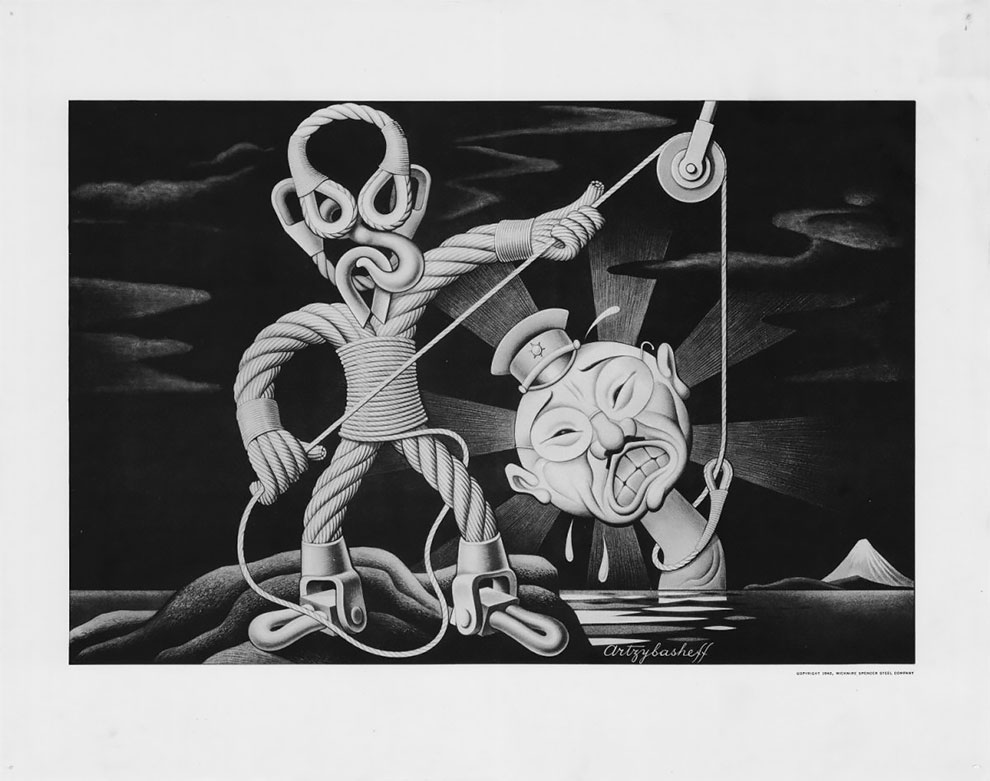 Tiny Superheroes in Superb Comic Art by Dan Hipp
Stunning Concept Art From The Video Game The Witcher 3 By CD Projekt Red
Designer Lydia Cambron Transforms Brand Logos into Protest Messages
Amazing Vintage Photos That Show How Life Before AutoCAD Looked Like
This Artist Created The Most Unreal Pokémon Fan Art
"Skater For Life": Fascinating Vintage Photos Of Judi Oyama, Who Began Skating In 1973 When She Was 13 Till Now!
Women And Cats: Contemporary Bijinga Paintings By Kazuho Imaoka
How A DIY Dress Helped One Woman Reclaim The Power Words Had On Her Body
"Happy Easter"
Exploring Japan with Daft Punk: A Look at Rare Photographs of the Iconic Duo from 2000's
Stroymaster: Stop Them All
Tips That Will Help Designers Translate Client-Speak Like A Pro
My Brain Does Not Compute With This Artist’s Phenomenal 3D Drawings…
Ukrainians Launch A Collection Of NFT CryptoCossacks In Support Of Ukraine
German Artist Created Masked Portraits Of Classical Paintings Inspired By Face Masks
Terrifying Pictures Showing Bizarre Medical Treatments From the 1900s to 1960s
Childhood Of Tomorrow: The Incredible Surreal Art Of Simon Stålenhag
Man Dresses Up Every Sunday To Take His Grandmother To Church
"False Gods": The Superb Retro Aesthetic Artworks of Fârzad Borousan
Artist Expresses Her Love For Cats And Dogs In Adorable Minimalist Illustrations
Jail Feet's Tattooed Feet
1960s Space Age Toy Rocket Shoes Simulate Walking On The Moon
Female Artist Creates Stunning Dark Photo Manipulations
Re-Enactors Prepare For The Battle Of Hastings For 950th Anniversary
Boris Artzybasheff, futuristic, machines, retro, vintage, vision