New Zealand’s New Flag Could Be One Of These Designs 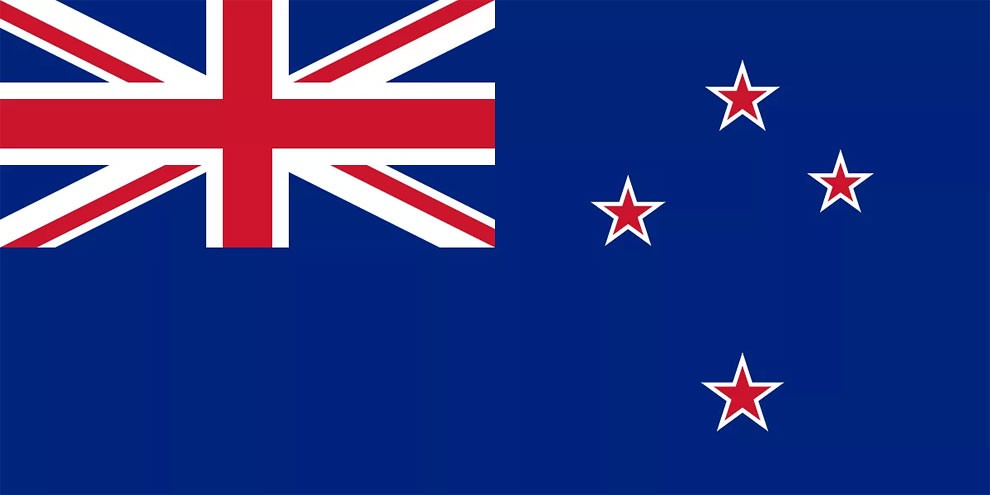 The government of New Zealand today published a list of 40 possible designs for its new national flag, ahead of a national referendum slated for later this year. The designs were selected by an independent panel from a list of nearly 10,300 online submissions that included a kiwi bird with laser eyes, a stick figure riding a bicycle, and an ice cream cone.

The designs selected today aren’t nearly as daring. Many include national symbols like the silver fern, the Southern Cross constellation, and the koru — a fern leaf motif common in Maori tradition. Notably, none of the submissions include the British Union Jack that features prominently in its current flag. 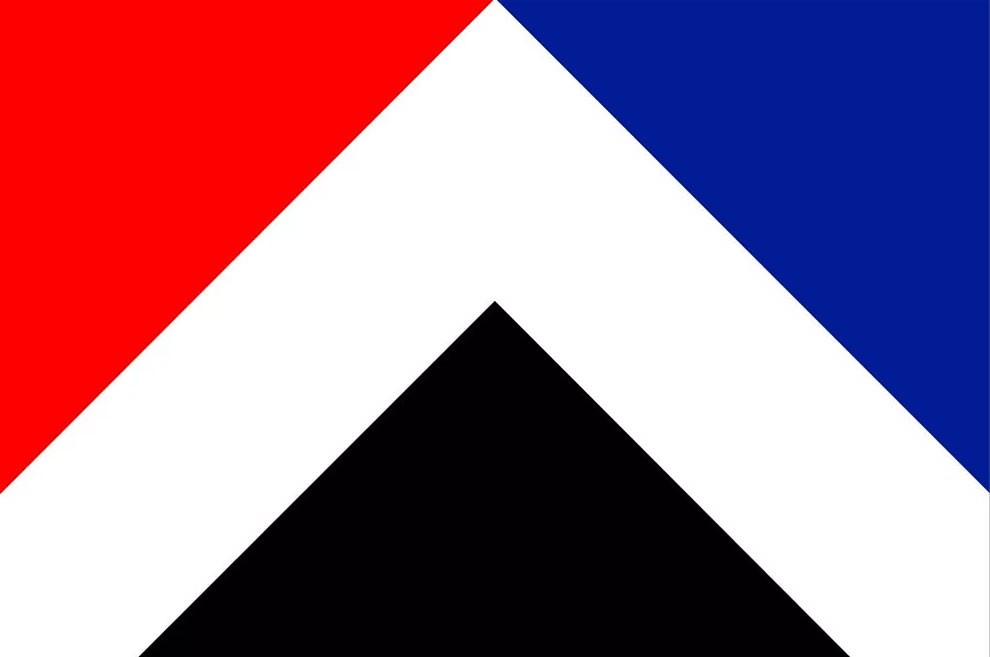 “A flag should carry sufficient dignity to be appropriate for all situations in which New Zealanders might be represented,” the 12-member “flag consideration panel” said in an open letter published Monday. “It should speak to all Kiwis. Our hope is that New Zealanders will see themselves reflected in these flags’ symbols, color and stories.” 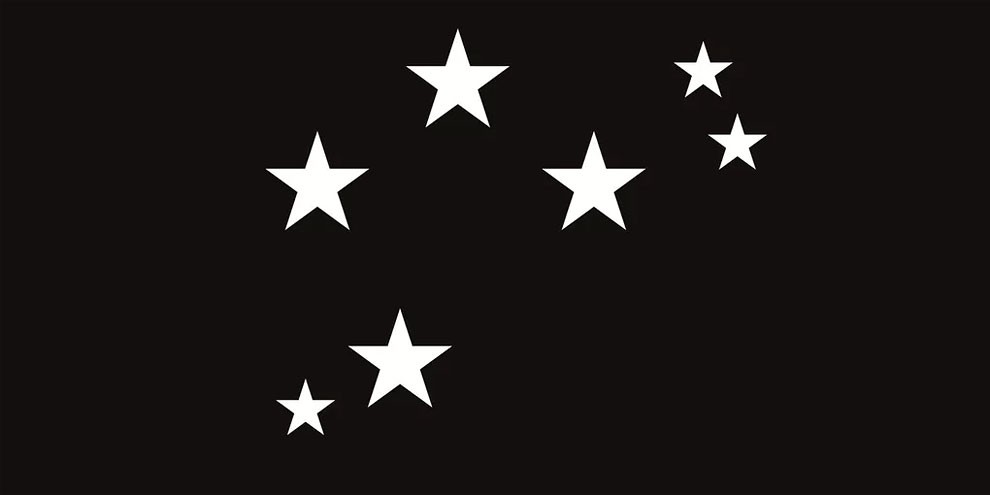 “The Seven Stars of Matariki” by Matthew Clare

The campaign to choose a new flag was launched late last year, with Prime Minister John Key saying it was time for New Zealand to discard its current design in favor of one “that better reflects our status as a modern, independent nation.” The initiative has faced backlash over its costs, which are estimated at $17 million, and recent polls suggest that the majority of New Zealanders are in favorite of keeping their current flag. 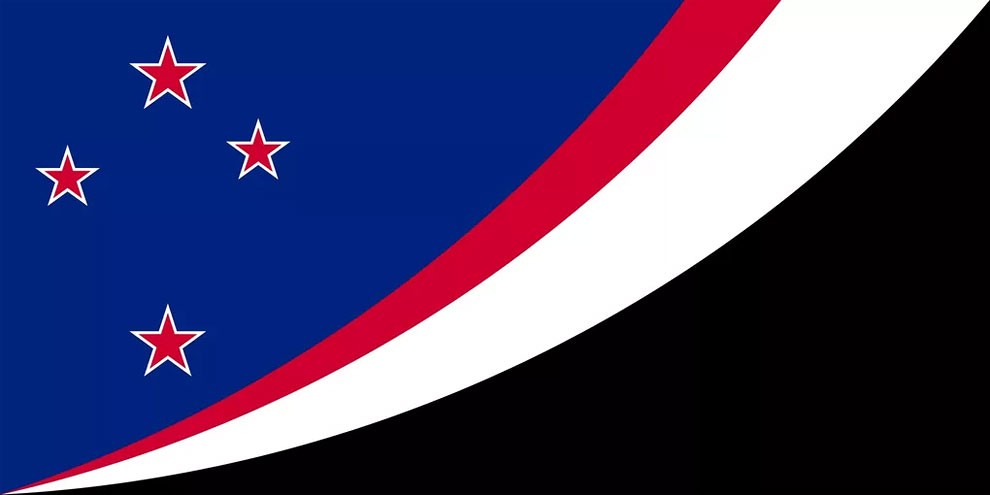 The panel will choose four finalists by mid-September, and voters will rank them in a referendum later this year. A second referendum will be held in March 2016, when voters will decide between their current flag and the alternative design. The panel will also conduct an extensive review of the 40 finalists released today, including “robust intellectual property checks.” 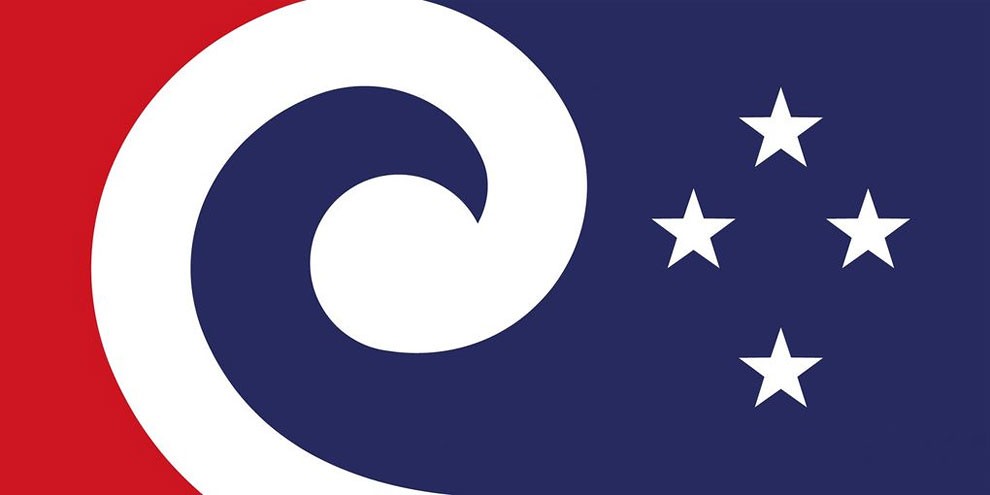 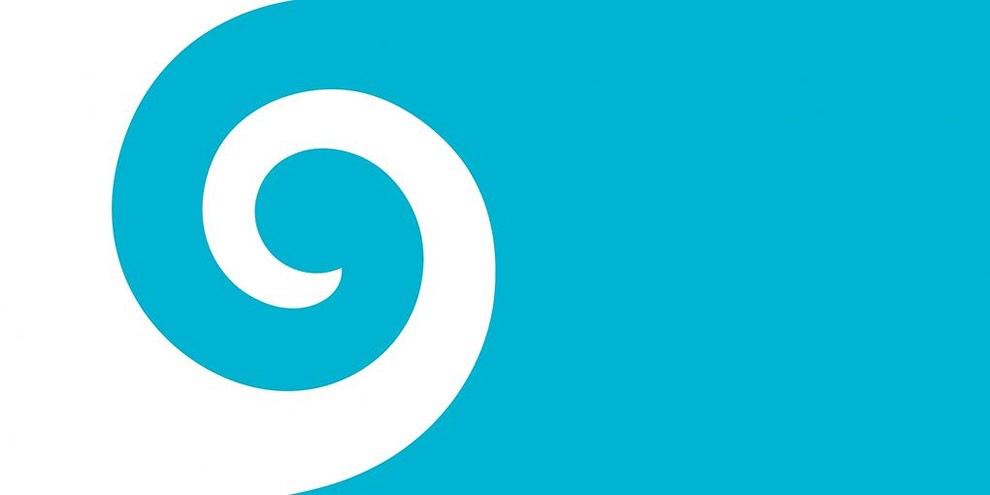 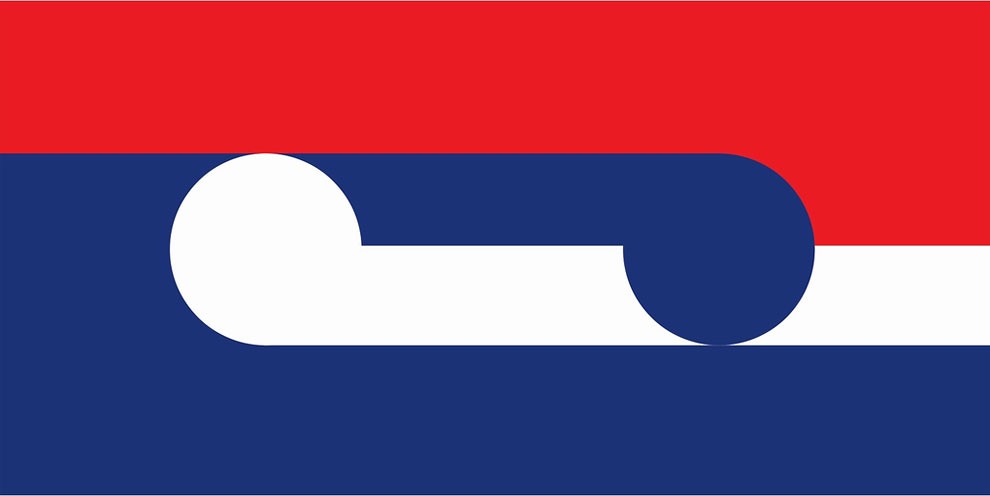 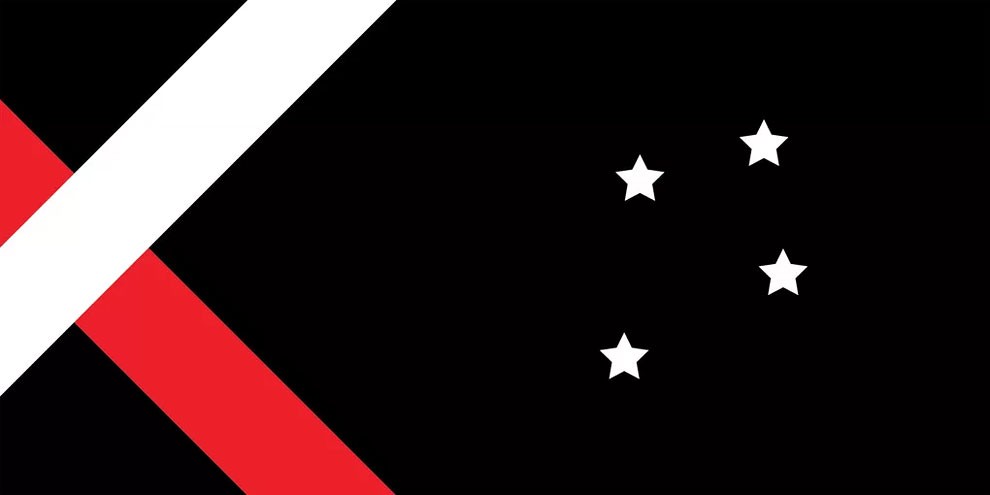 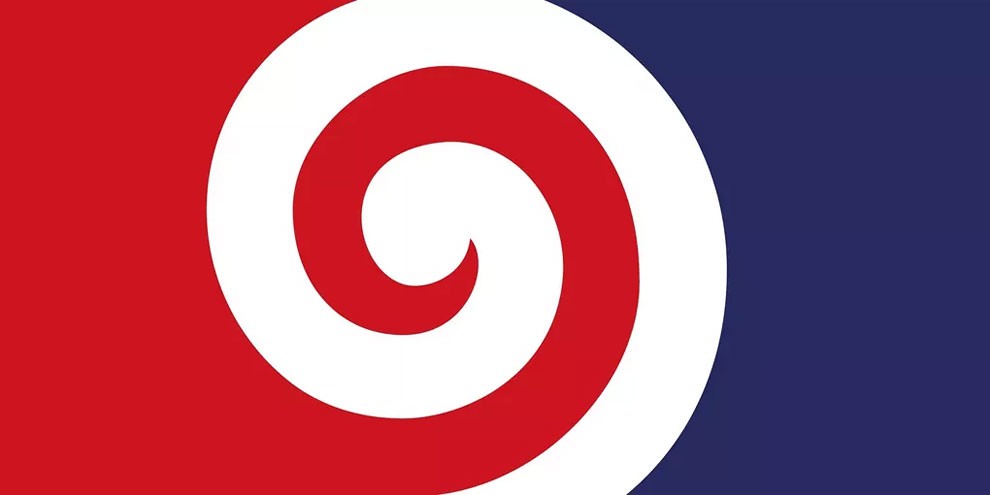 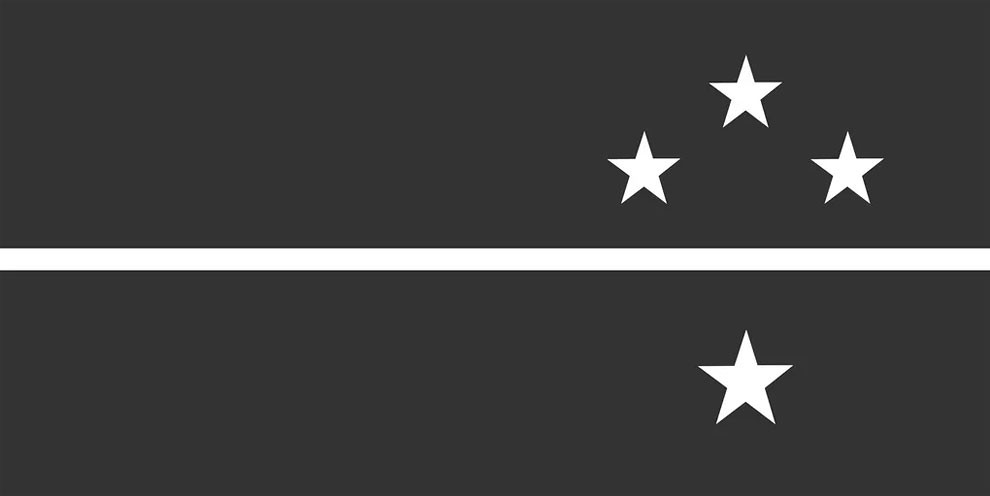 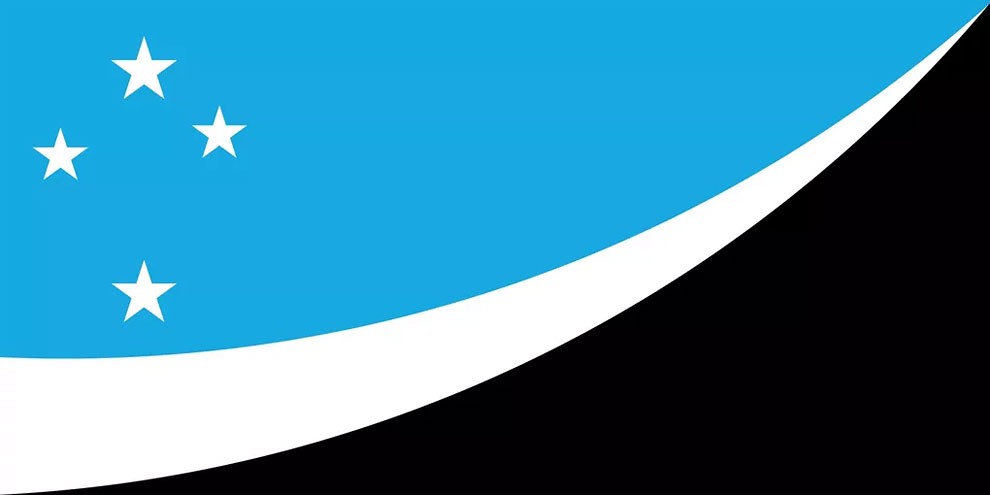 “Land Of The Long White Cloud” by Mike Archer

After Watching Chernobyl, Couple Decided To Design Their Apartment In Soviet Style And Listed It In On Airbnb
If Modern Movies Would’ve Been Released On VHS Cassette
People Are Going Crazy For This $8 “Raindrop Cake” Made Of Water
Artists Recreate Van Gogh’s Iconic Bedroom And Put It For Rent On Airbnb
Geometrical Tattoos By Jasper Andres Beautifully Fuse Geometry With Nature
Fabulous Tardis And Stormtrooper Themed Cat Furniture Made From Recycled Cardboard
This Light Allows Kids To Create And Play With Shadows
Self-Taught Sculptor Creates Incredible Realistic Sculptures And Dreams Of Becoming The Modern Michelangelo
This Intricate 19th-Century Sculpture Creates The Illusion Of A Transparent Veil
Artist Turned 3000 Kilograms Of Clothing Destined For Landfill Into An Art Installation
This Artist Creates Amazing 3D Optical Illusions Using Simple Lines
Stare Into The Deep Blue Darkness Of The Abyss Dining Table
Whoo Could Resist This Cuddly Crochet Owl Blanket?
Be Yourself, Everyone Else is Already Taken: The World Of Daniel Lismore
This Artist Creates Gorgeous Silk Dragon Scarves
Absolutely Superb Ground Meat Sculptures by Kieran Gormley
Cyberpunk In St. Petersburg: Historic Statue Gets A Security Camera For A Head
Italian Artist Recreates Famous Roman Emperors Through His Realistic Sculptures
A Flight Inspired Art Installation For The San Diego International Airport
Chinese Airline’s New Haute Couture Uniforms Puts Other Airlines To Shame
Artist Sebastian Errazuriz Makes Classical Sculptures Of Mark Zuckerberg, Elon Musk, And Jeff Bezos
Stop Picking Your Face! New Toy Lets You Pop Pimples For Fun
So You Can Now Buy a Nipple Knit Top…
Japanese Artist and Designer CHA2’s Cyberpunk Headgear Looks Like It Came from The Future
could, designs, these, zealand