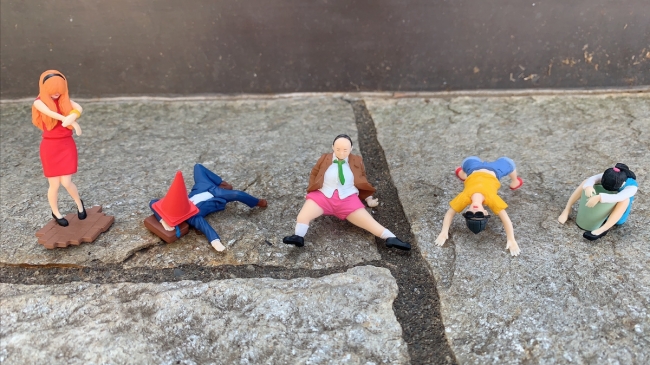 While stumbling around drunk in public is obviously discouraged, Japan doesn’t outright forbid the act of public drinking, so it’s not uncommon to spot drinkers who have over-served themselves in the streets, particularly before last train. Tama-Kyu’s #YopparaiNau (Drunks now) series is an all star team of five different drunken troublemakers you might encounter at Shinjuku station before your last train.

Someone passed out under a traffic cone. 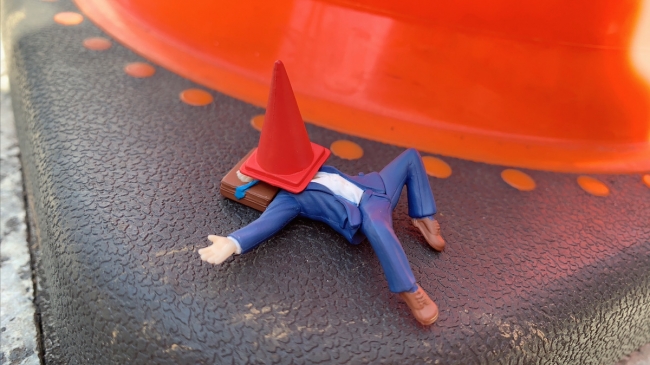 The classic drunk who has somehow misplaced his pants. 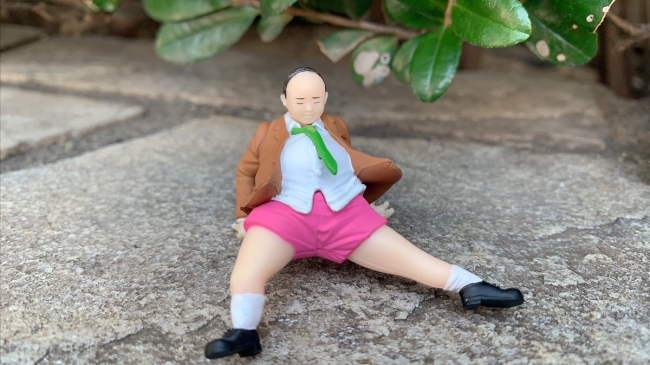 Someone who can’t keep upright without hugging a telephone pole, or anything, really. 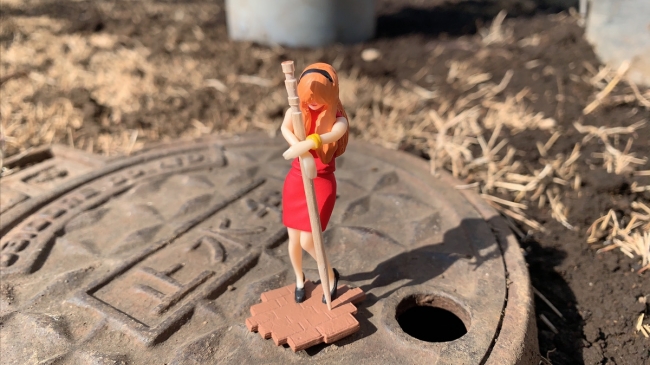 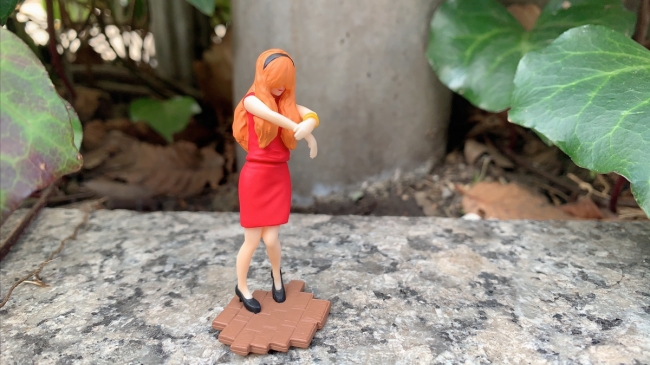 The woman who has developed an inseparable relationship with a garbage can. 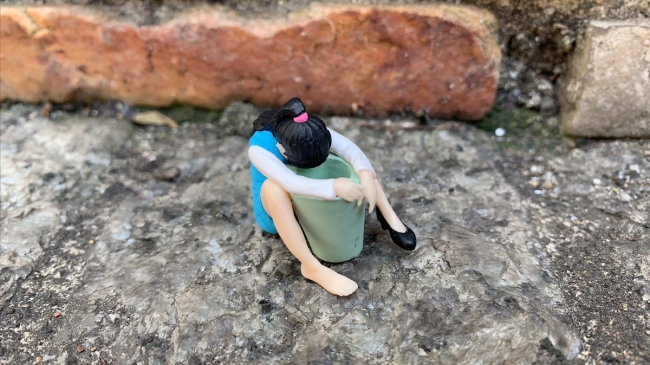 And of course the guy who passes out in this ridiculous position. 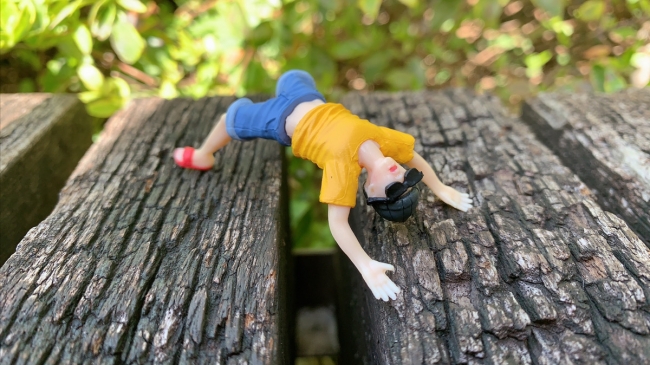 Each drunken capsule toy will be available for 300 yen a piece at Tama-Kyu Gachapon machines throughout Japan. 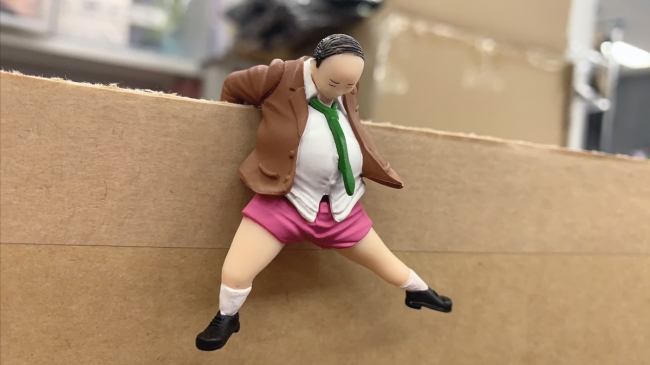 Wire Animal Sculptures Look Like Life-Size Scribbled Drawings Suspended in Mid-Air
Tokyo Lights Up At Night In New Glow-In-The-Dark Furoshiki Scarf
This Instagram Account Is Posting The Most Ridiculous Coronavirus Masks Spotted On The Subway
Artist Creates Fleshy Suits To Show There Is No 'Ideal Body Type'
Copenhagen: Wireless Speaker So Good, You Want To See It, Hear It And Never Let It Go
Awkward Vintage Japanese Movie Monsters
This Artist Makes Bizarre Denture-Inspired Jewelry
Designer Turns His Favorite Sneakers Into Works Of Art And The Attention To Detail Is Amazing
Bizarre Apex Predator Shoes Get A Full Tooth Implant For Soles
1970s: The Most Romantic And Bizarre Period For Men’s Hairstyles
This Is Supercool 3D Printed Jesus Mecha Christ Transformer
Vintage Adverts Of Hair Necessities For Men From The 1970s
These Fragile Paper Cuts Reveal The Intricate, Swirling Forms Of Nature
Ukrainian Bakery Creates Galaxy Eclairs That Look Too Good To Eat
"I Thought They Were Photos!": Japanese Artist’s Exquisite Work Earns Plaudits Online
Embarrassing Design Mistakes You Won’t Believe Actually Happened
Fantastic Cakes By Russian Chef That Will Blow You Away
This Mini Furniture Is Designed Just For Cats
Polish Craftsman Creates Amazing Household Items With A Folk Twist
These Tiny Frozen Worlds will Give You a New Perspective
Disney Princess Lingerie Sets Are Here, And You’ll Either Love Them Or Hate Them
This $5,900 Desk Let’s You Work On Your Computer Lying Down
Housewares To Make You Smile By Beardbangs Ceramics
Terrifying Plush Toys by Anna Sternik
This Cheeky Fashion Collection Reminds Us About The Dog-Eat-Dog World
1,800 South Park Cut-Outs Spread Across Five Sections at Broncos Game During the COVID-19 Pandemic
Famous Electronics Brands Rendered As An Alphabet Of Stylish Products
Design Duo Creates Fictional Maps That Honour Nature, Animals And Extraordinary People
Your Beautiful Home In 1974 On A Budget
drunk, japan, toys