After A Breakup, This Artist Made His Own Boyfriend Out Of Wine Boxes 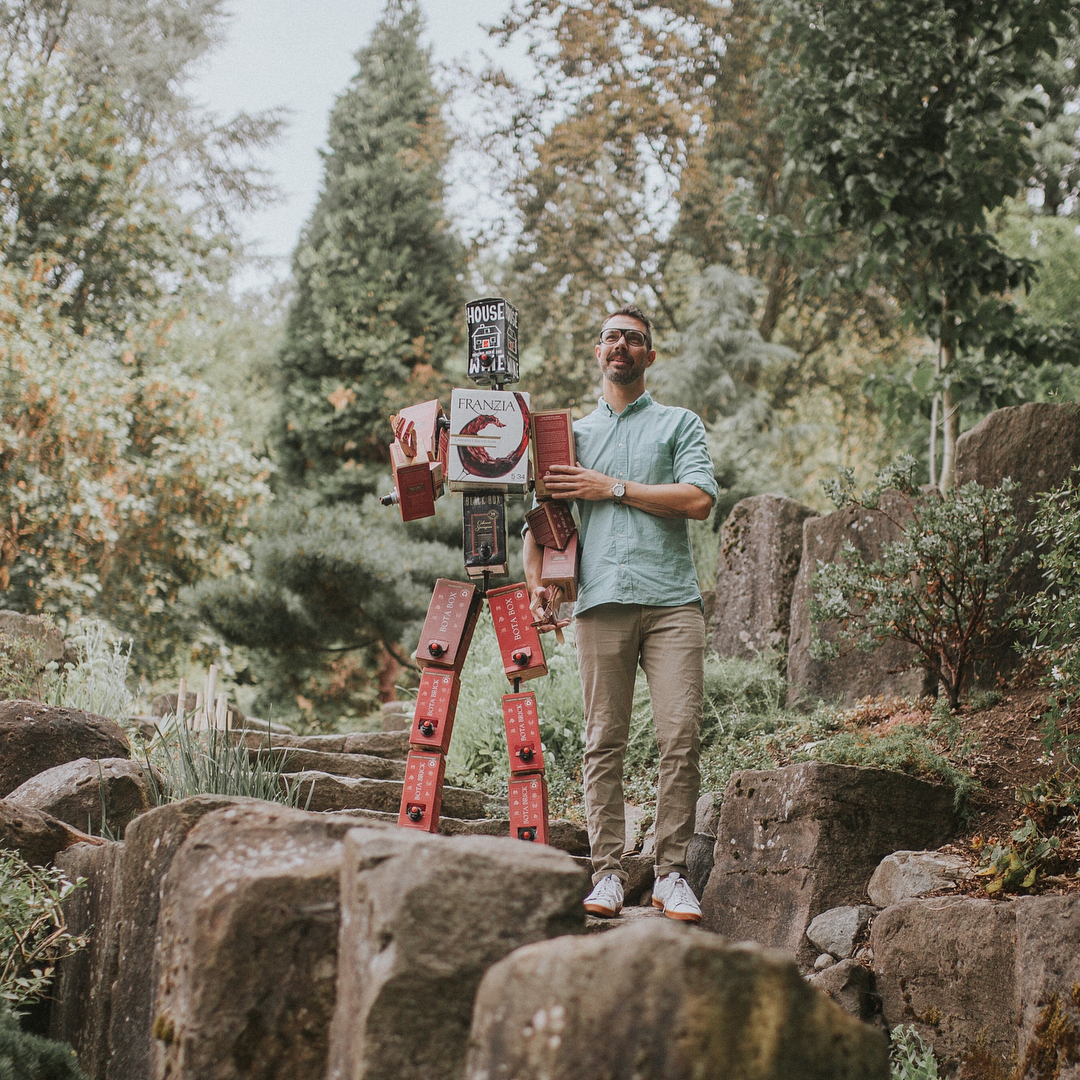 Michael James Schneider is a 44-year-old artist living in Portland, Oregon. He’s been there for about five years and previously lived in Los Angeles. Michael worked in retail until a few years ago when he decided to take a year off and be creative.

Recently, Michael decided to make use of some empty wine boxes he had lying around and turn them into art.

“A couple of years ago I had a rough breakup and self-medicated through wine,” he told BuzzFeed News. “Though I’m over the breakup now (and the copious consumption) I always thought it would be sad, funny, and a little sweet to make a companion from the empty cartons left over.”

Michael tweeted out his creation – complete with a set of staged photos of him and his new “boyfriend”. Michael said he based the photo shoot on the stock images of couples you find when buying a frame.

“I think I’ll make it a regular series I revisit from time to time to see how the wine box boyfriend and I’s relationship is progressing,” he said. 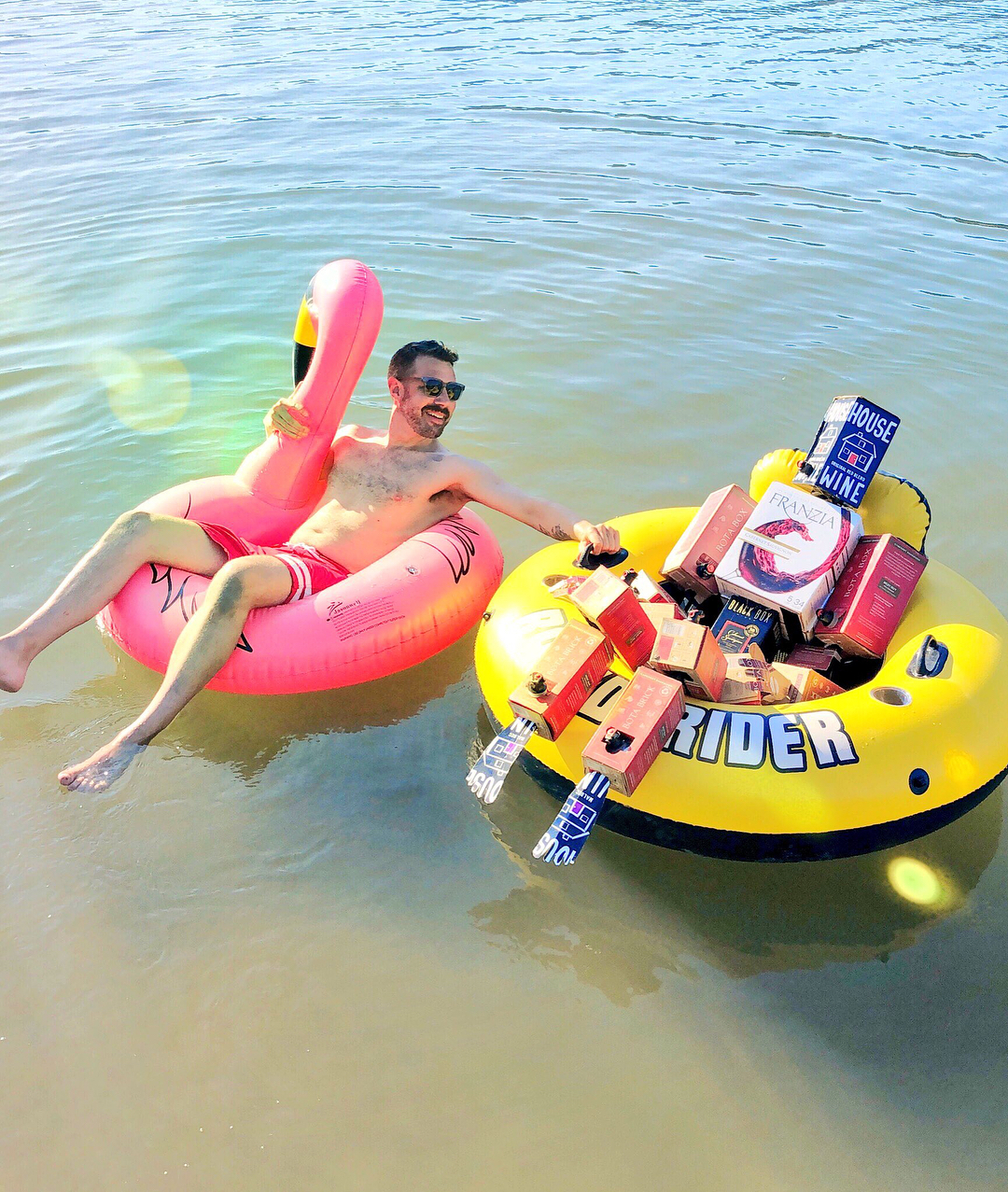 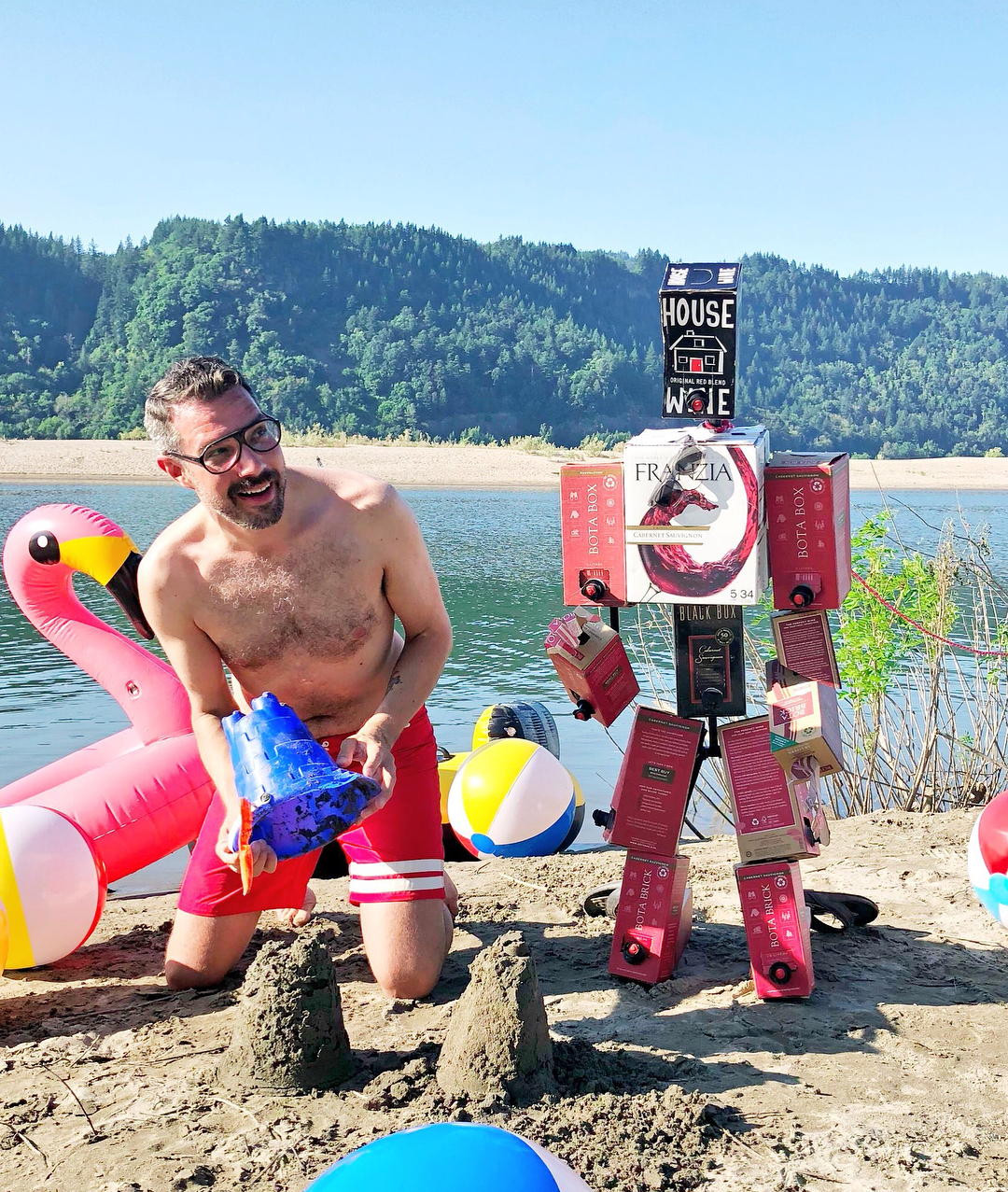 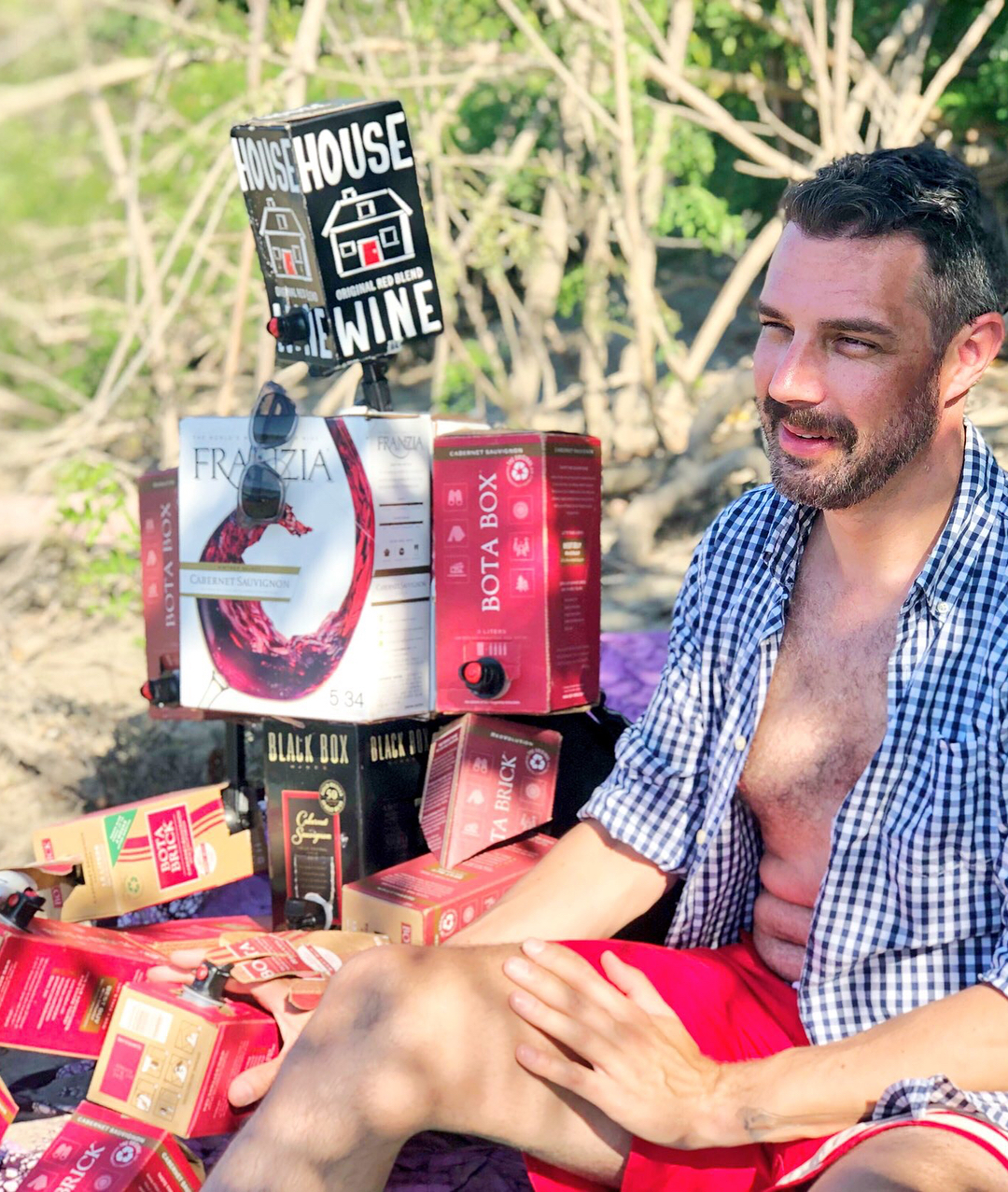 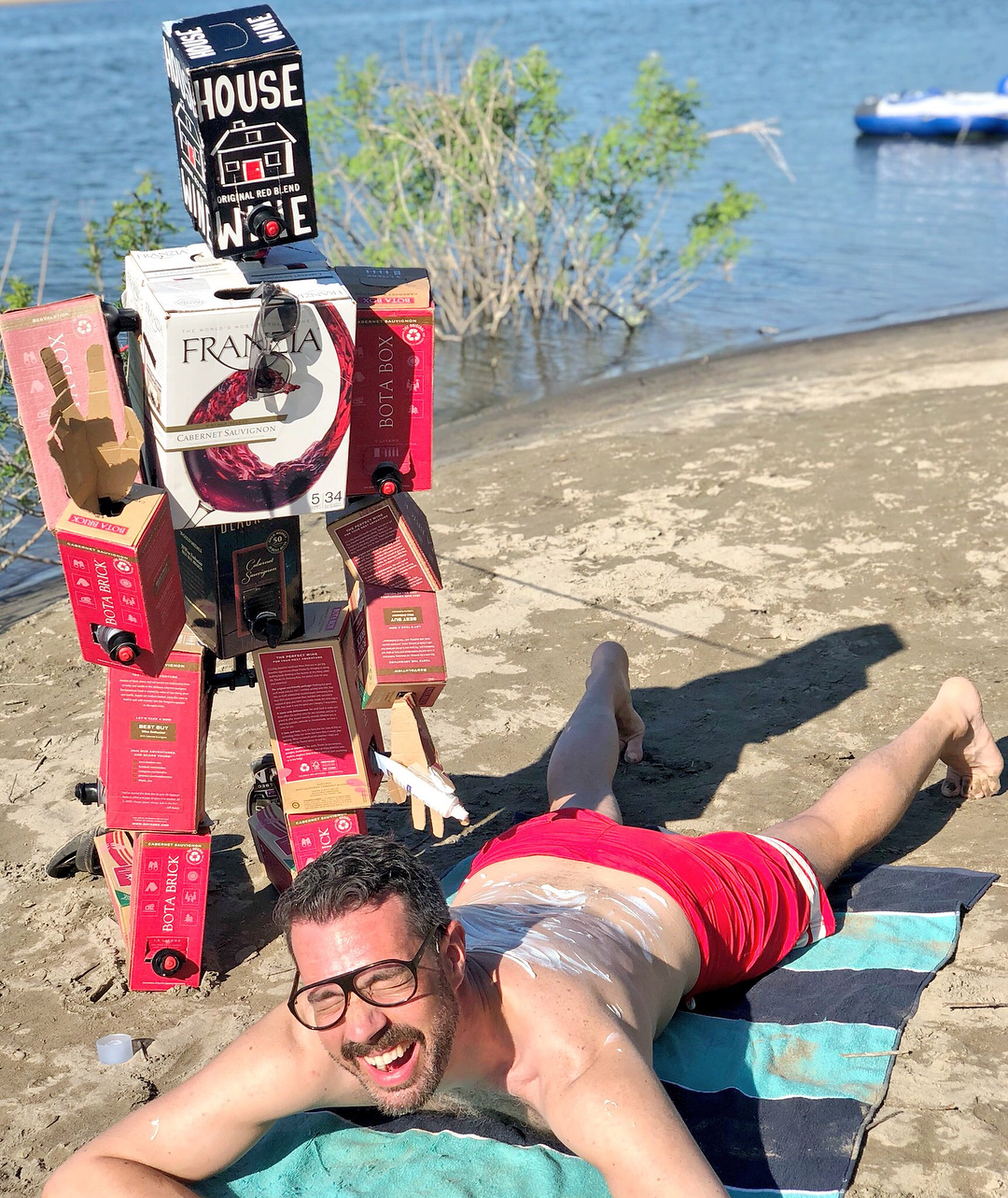 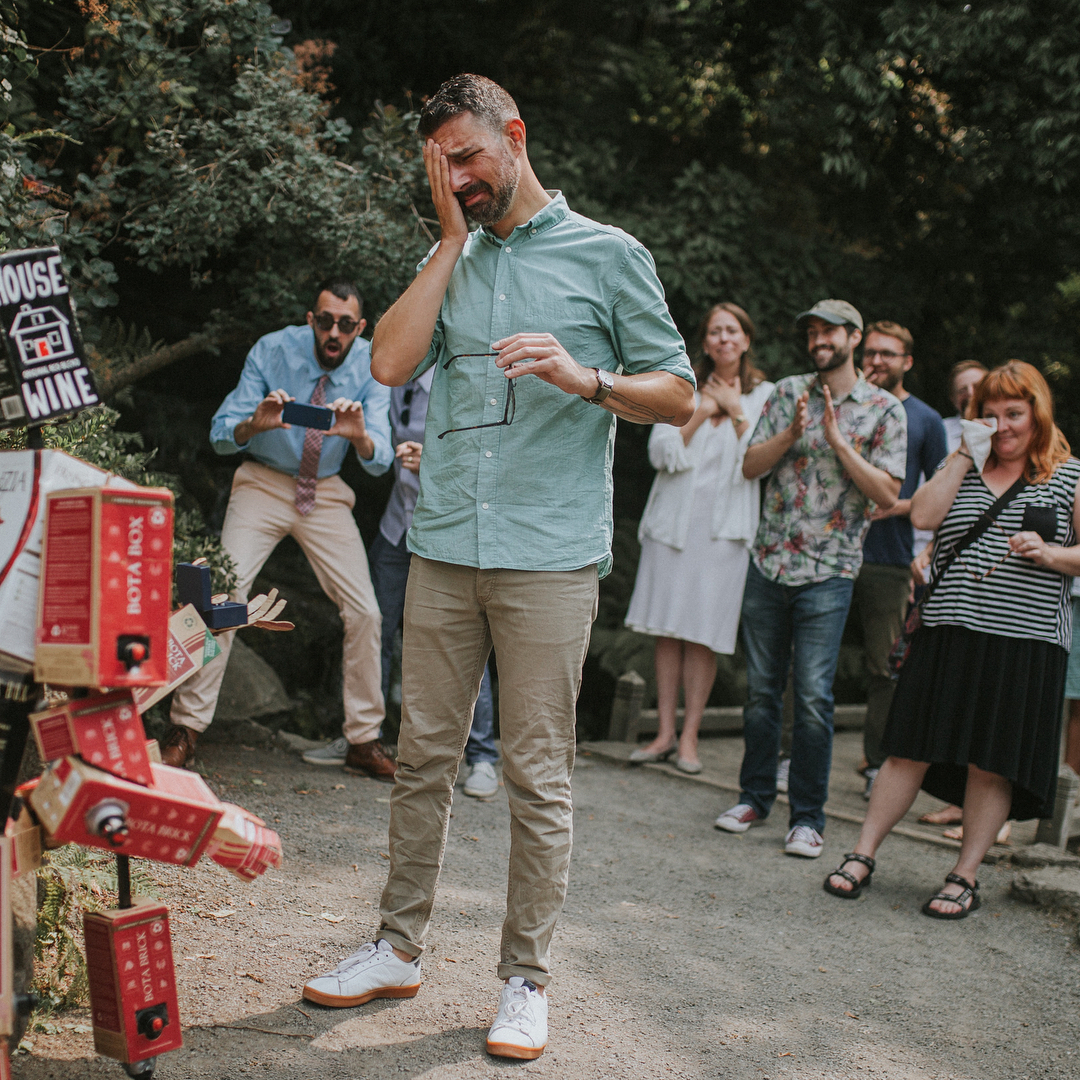 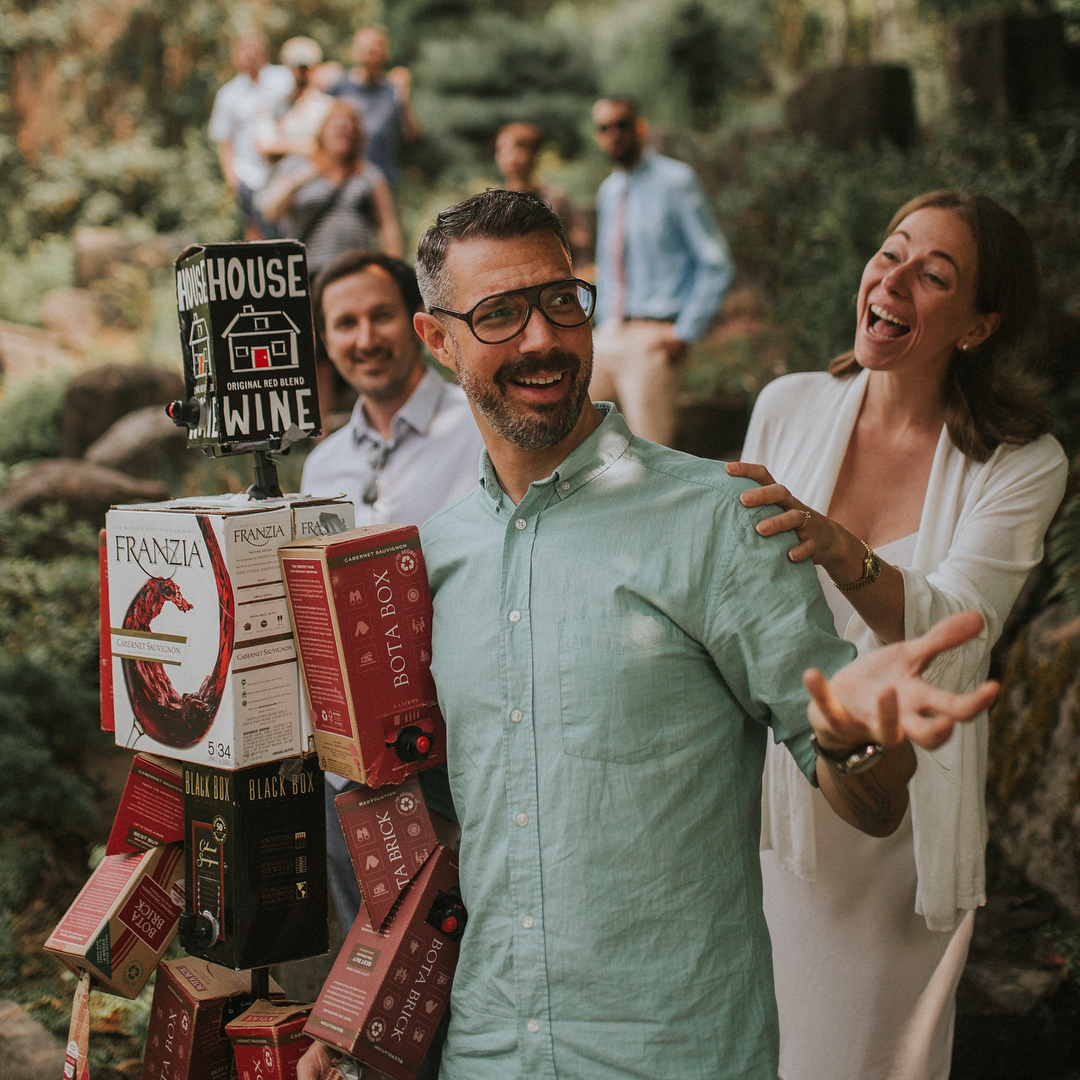 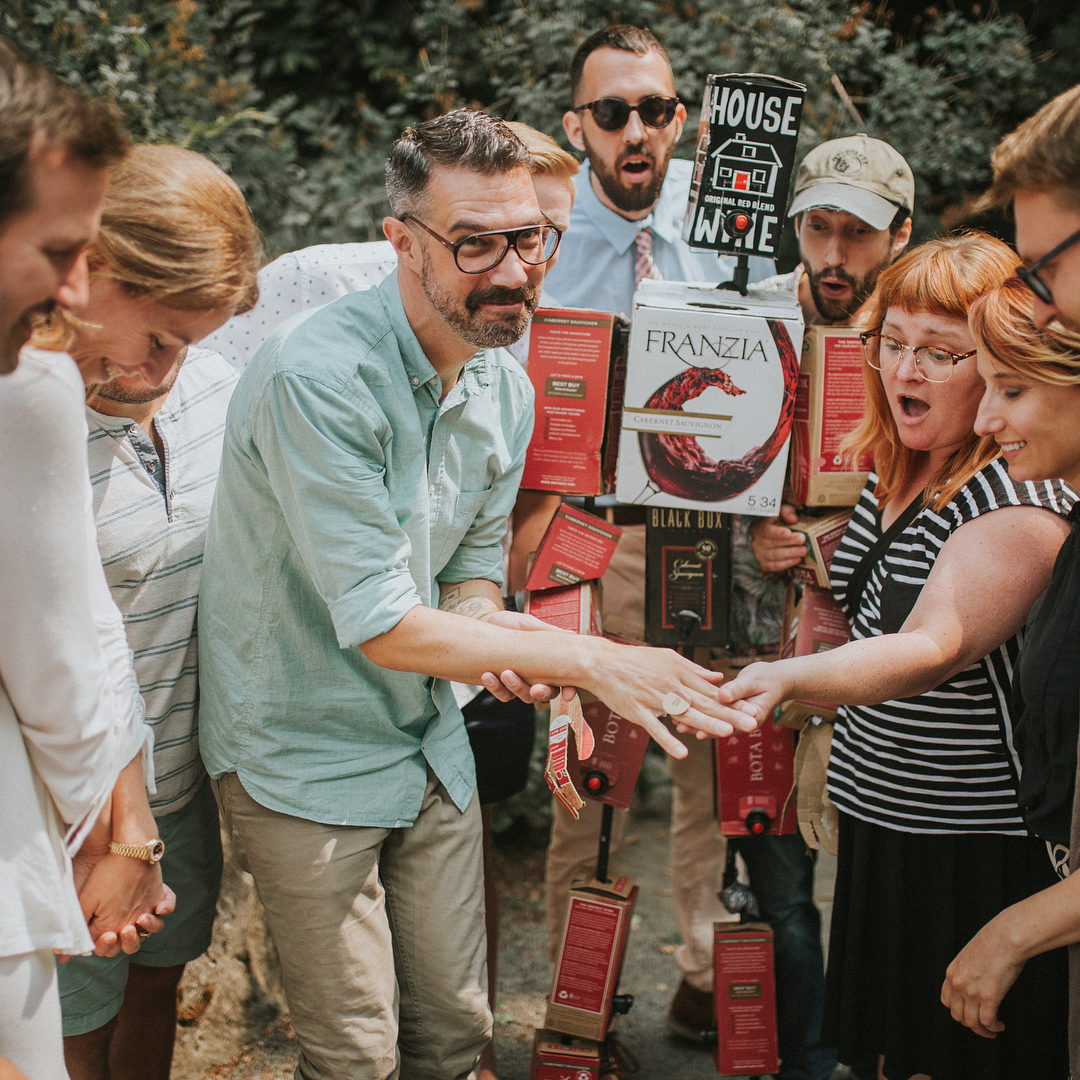