Readers Put Themselves On The Cover For #bookfacefriday

After the New York Public Library called for readers to share their #bookfacefriday pictures they’ve been covering themselves with glory. Check out some of our favourite book cover selfies – can you beat them? Join in by clicking on the blue ‘Contribute’ button, or post them on social media with the hashtag #bookfacefriday 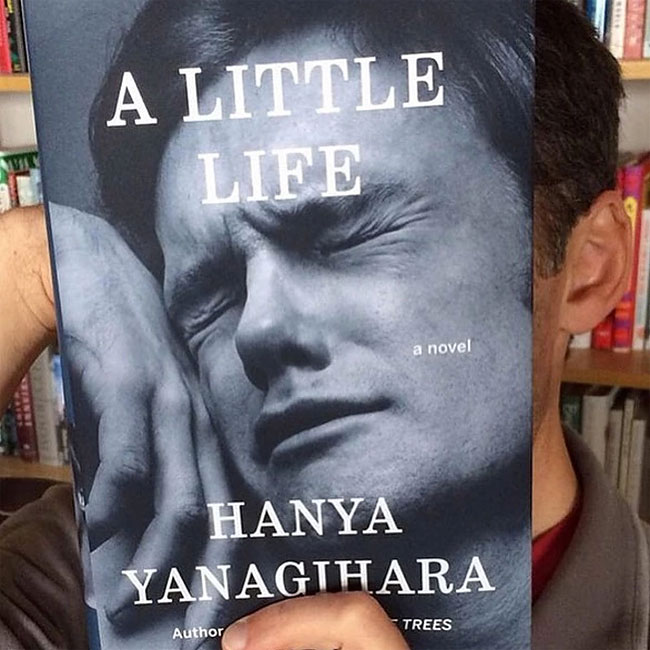 Book-of-the-moment A Little Life has its own Instagram account (hello, 2015) full of ‘bookfaces’ – that cover design was crying out for it. Photograph: @jmcmurtrie. 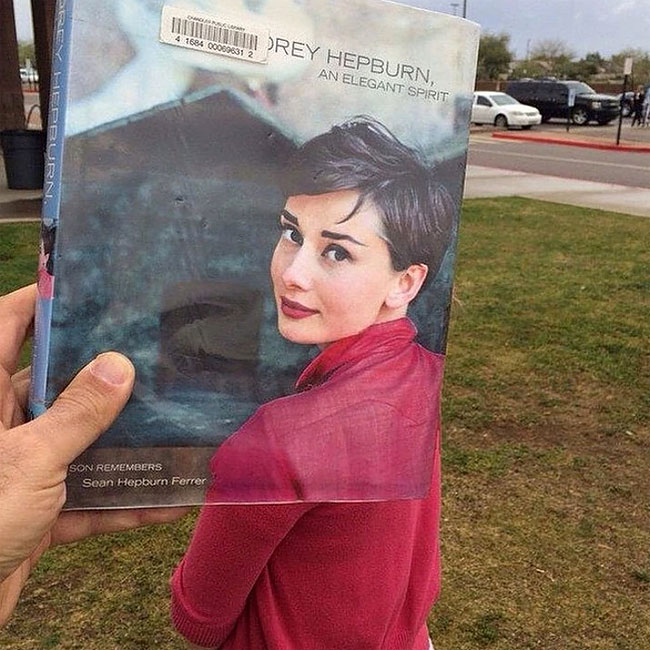 An elegant appearance as a leading lady on the cover of Sean Hepburn Ferrer’s biography of his Oscar-winning mother. Photograph: @chandlerlibrary. 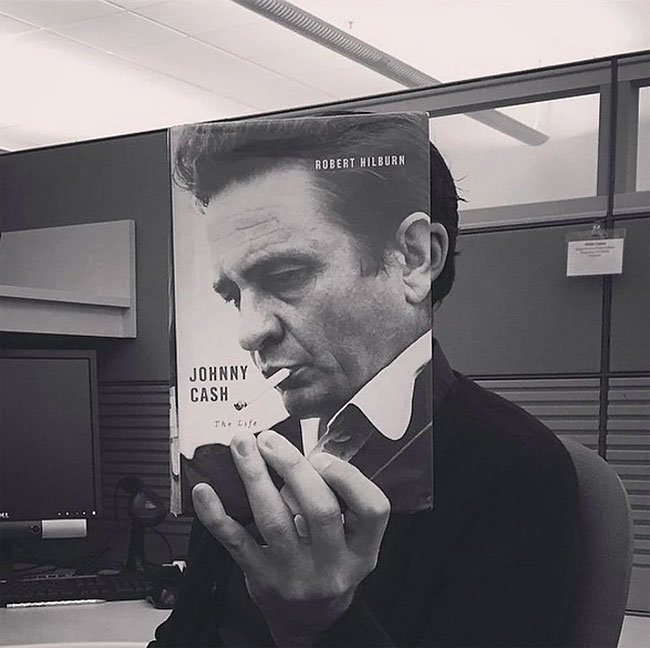 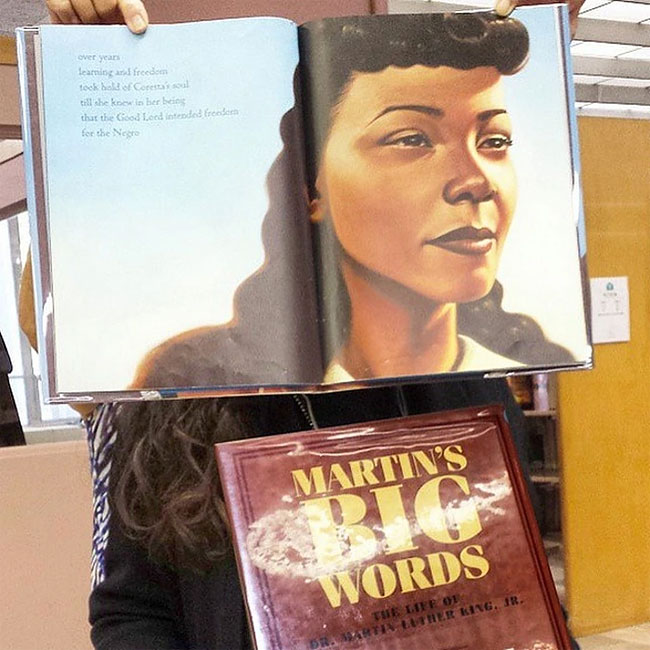 This bookface gets into the meat of things, bringing together a picture of Martin Luther King’s wife from the inside pages of Martin’s Big Words – Doreen Rappaport’s illustrated introduction for younger readers. Photograph: @fresnolibrary 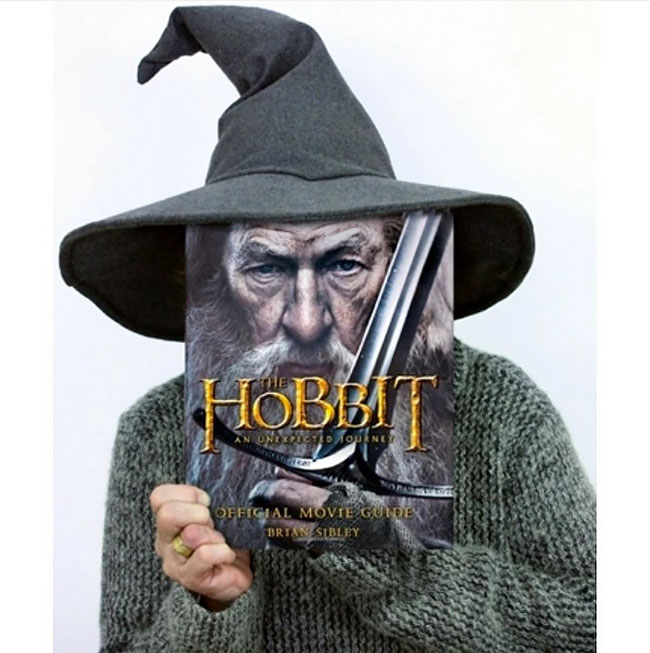 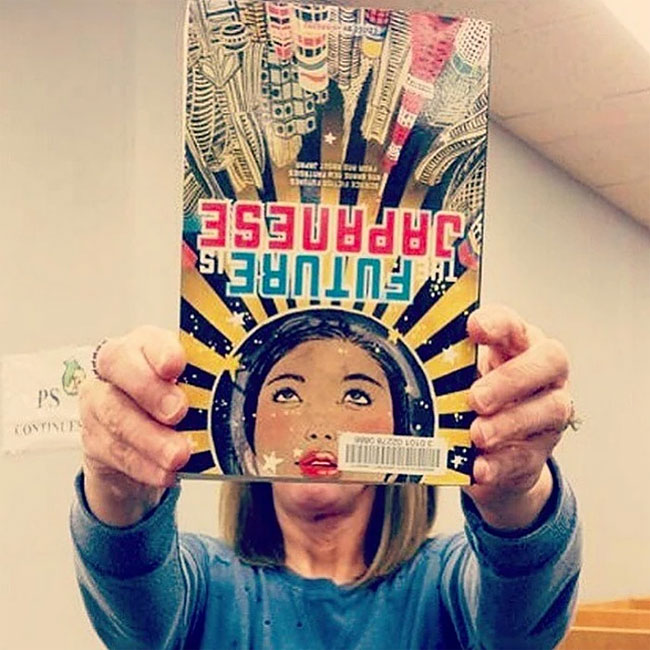 The future is up there somewhere. Photograph: @mnsulibrary 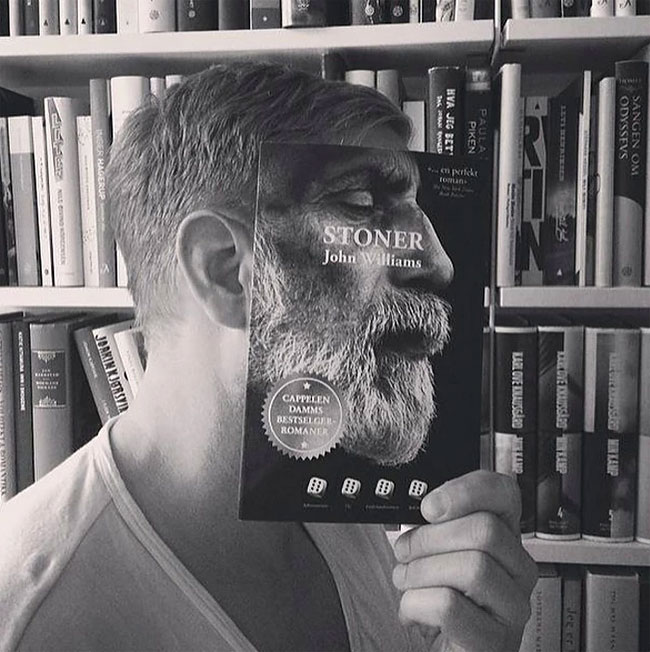 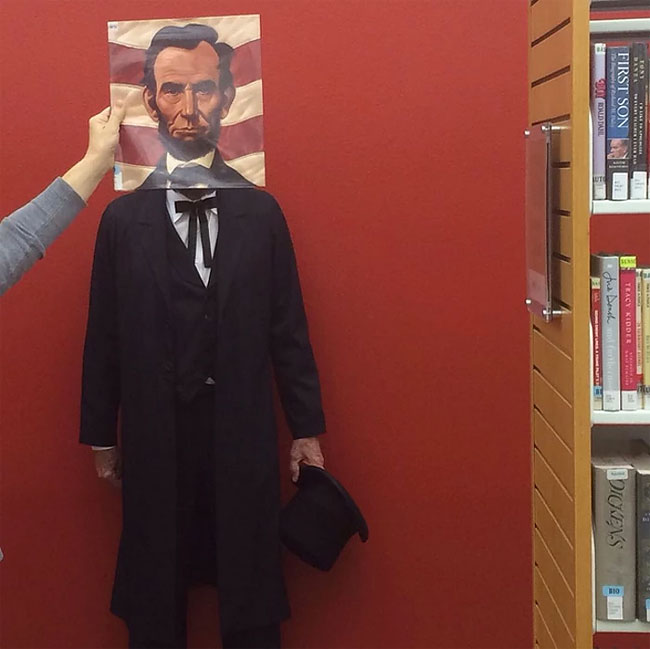 ‘Lincoln, what were you thinkin’? Wearing all black in Arizona in the middle of July?’ Photograph: @chandlerlibrary 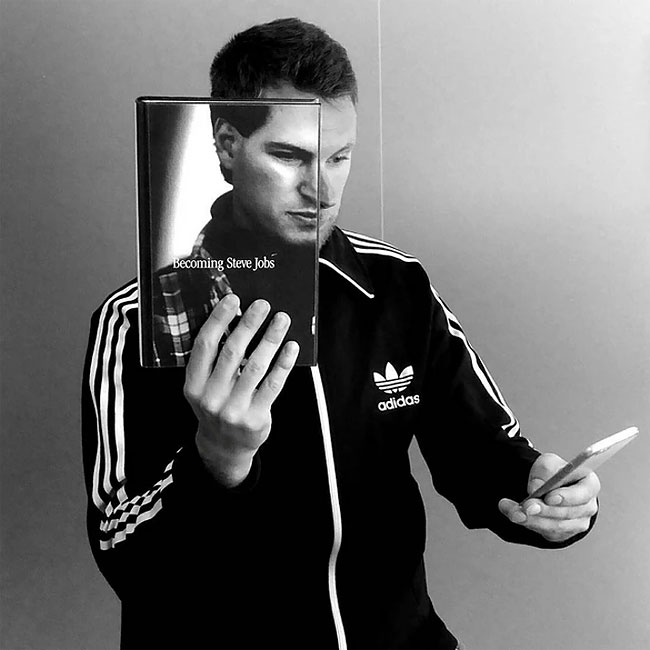 What is Steve Jobs looking at? His smartphone, of course… Photograph: @roskildebib 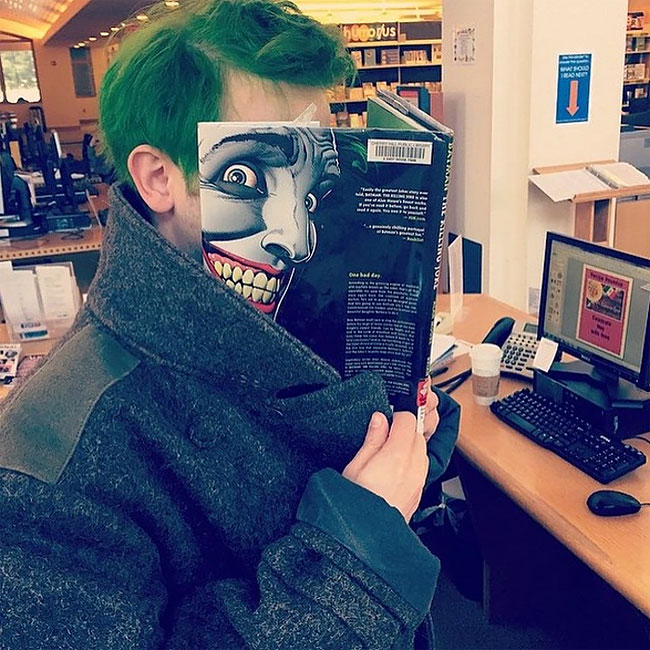 Did he dye his hair just for this bookface? That’s commitment. Photograph: @chplnj 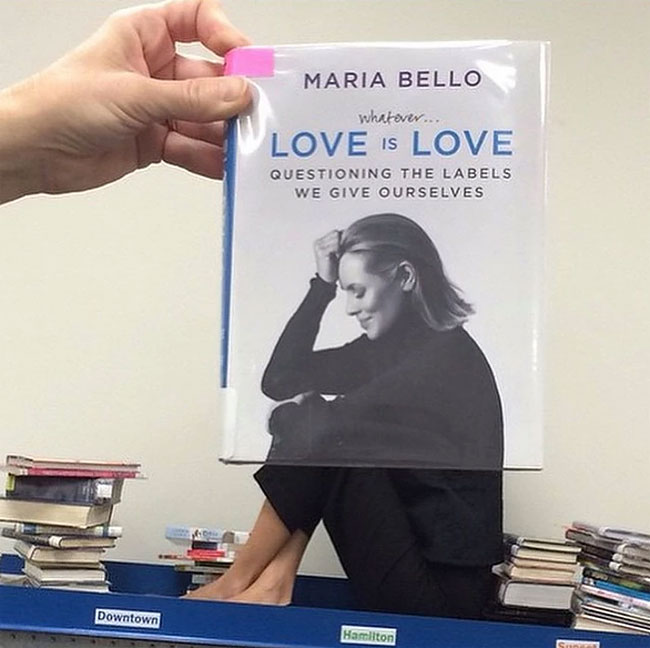 Maria Bello questions the labels we give ourselves in Whatever… Love is Love, but there’s no questioning the skill that went into this excellent bookface. Photograph: @chandlerlibrary 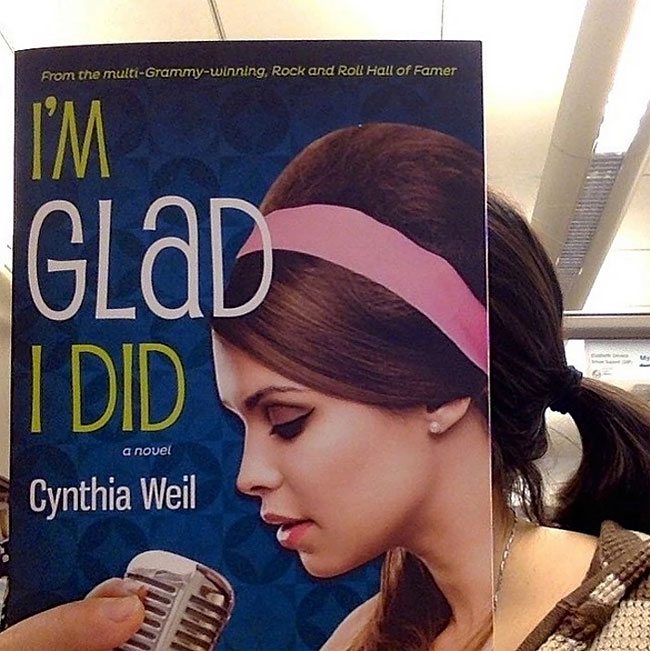 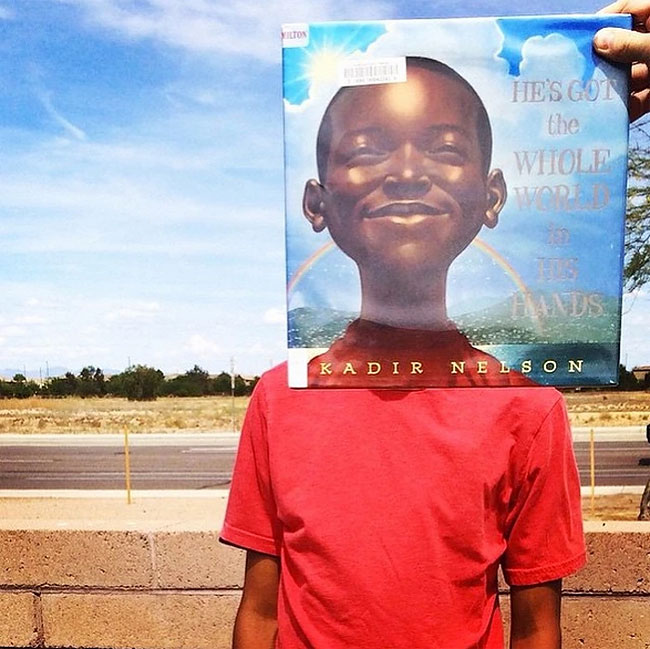 Looking for the end of the rainbow with Kadir Nelson’s He’s Got the Whole World In His Hands. Photograph: @chandlerlibrary 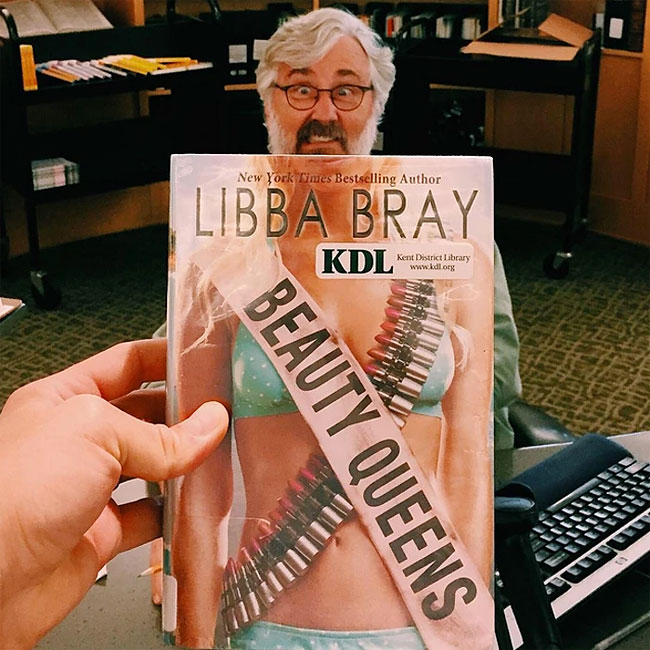 Beauty and the beast from Kent District Library with this stunning bookface of Libba Bray’s Beauty Queens. Photograph: @kentdistrictlibrary 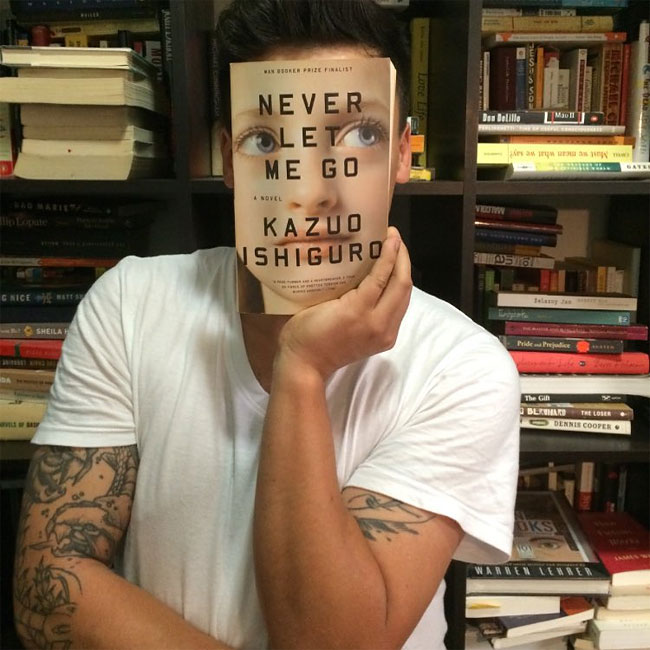 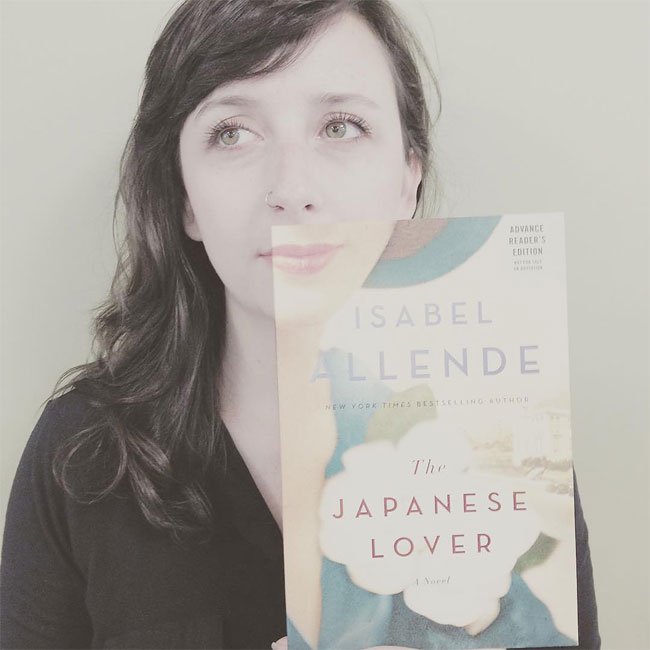 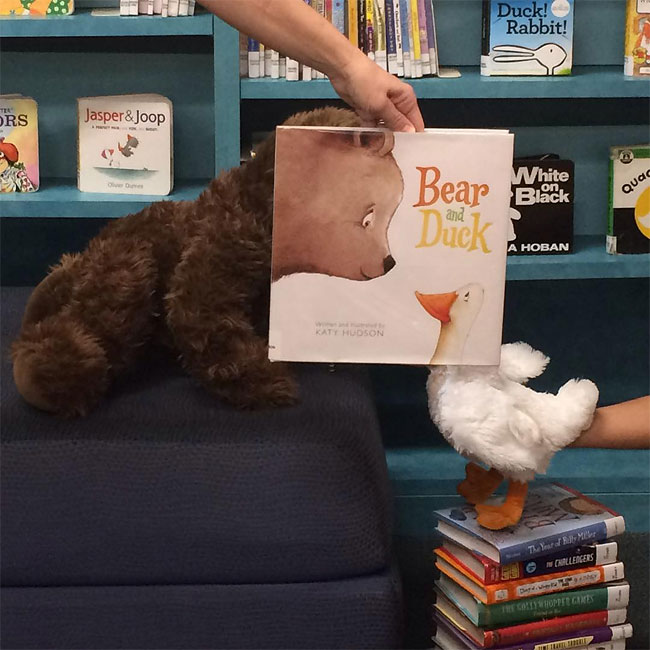 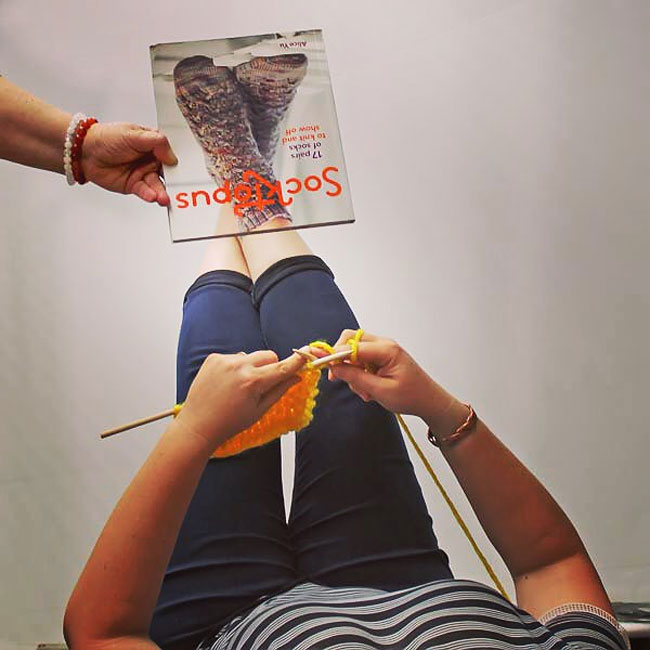 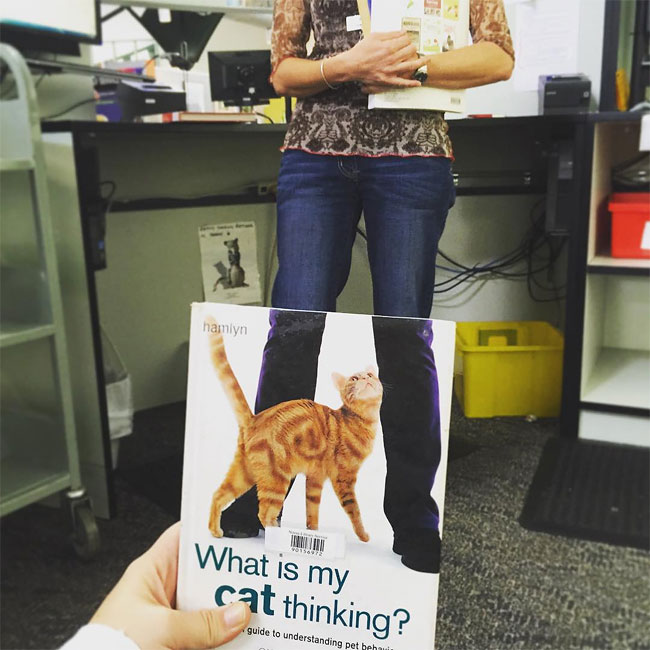 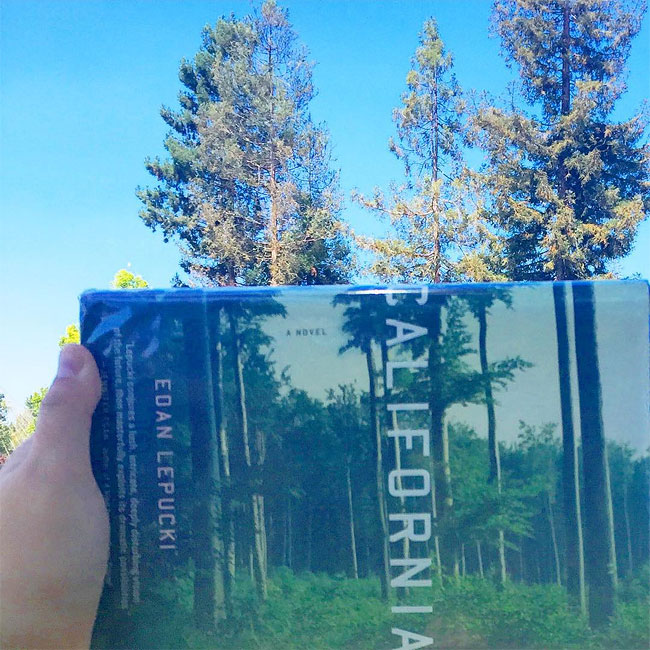 Amazing Ballpoint Pen Art And Monochrome Graphics By Andrey Poletaev
"Unminding Sky": Hyperrealistic Oil Paintings Looking Through Rainy Windshields
Hilarious Comics By Norwegian Mom Jade Nordahl That Perfectly Capture What Motherhood Is Like
Brightly Colored Murals Mesmerize with Their Hypnotic Abstract Patterns
How To Be The Perfect Boyfriend For An Artistic Girl
The Six Stages of Waking Up In The Morning
When Modern Love Meets Classic Comic Books
Australians Who Leave House Only To Take Out Trash Have Started Dressing In Costumes To Do it
Deaf People Show How To Swear In Sign Language, And It’s Shamefully Entertaining
This Artist Draws Stupid Comics For People With A Dark Sense Of Humor
These Retro 80s Album Covers Of Today’s Pop Stars Are Totally Radical
Love Like Blood: The Superb Macabre And Gothic Artworks Of Abigail Larson
Hyperrealistic Tattoos By Italian Artist Paolo Murtas
Satirical And Minimalist Illustrations By Francesco Ciccolella
"Past In The Future": Epic Digital Artworks Of Evgeny Kazantsev
Variety Studio: Actors On Actors Presented by Samsung Galaxy in Los Angeles
The Unintentionally Homoerotic Chinese-Soviet Communist Propaganda Posters, 1950-1960
Art mashup. What would happen if there were no main figures and more!
This Instagram Account Is Dedicated To Showing The Most Bizarre Thrift Store Finds
When Two Paintings Fall In Love: Man Proposes During 2D Photoshoot
This Artist Reimagines Disney Princesses as Twisted Characters and They're So Creepy
Why Are Robots Still So Far Behind Humans: Robots With a Human Touch By João Paulo Bragato
The Real Meaning Of Things We Say
"Telling Stories with Color": Erikson Aponte Creates Artworks Influenced by Psychedelia and The Color Reflection
Inspired By The Pop Culture: The Explosive And Colorful Paintings Of James Rawson
"Inner Landscape": Geography Of The Soul By Isabella Conti
This Artist Turns Picasso’s Portraits Into Fantastic 3D Sculptures
Instead Of The Head
2015 "Just For Men" National Beard & Moustache Championships
"Will It Beard": This Guy Sticks Random Objects In His Beard. Because Why Not?
bookfacefriday, cover, readers, themselves