A spooky sight to behold! This is what a psychiatric hospital that has been abandoned for years looks like. Complete with bowling alley and a theater, the hospital shows just how much nature has weathered it over time as paint peels from the walls and the mattress gather dust. The shots were captured by Will Ellis, 26, a photographer based in Brooklyn, New York, with a Canon 5D Mark II with a long exposure to get the full range of shadow creeping across the scenes. The photos were taken at the hospital in summer 2015 at a psychiatric hospital in upstate New York. 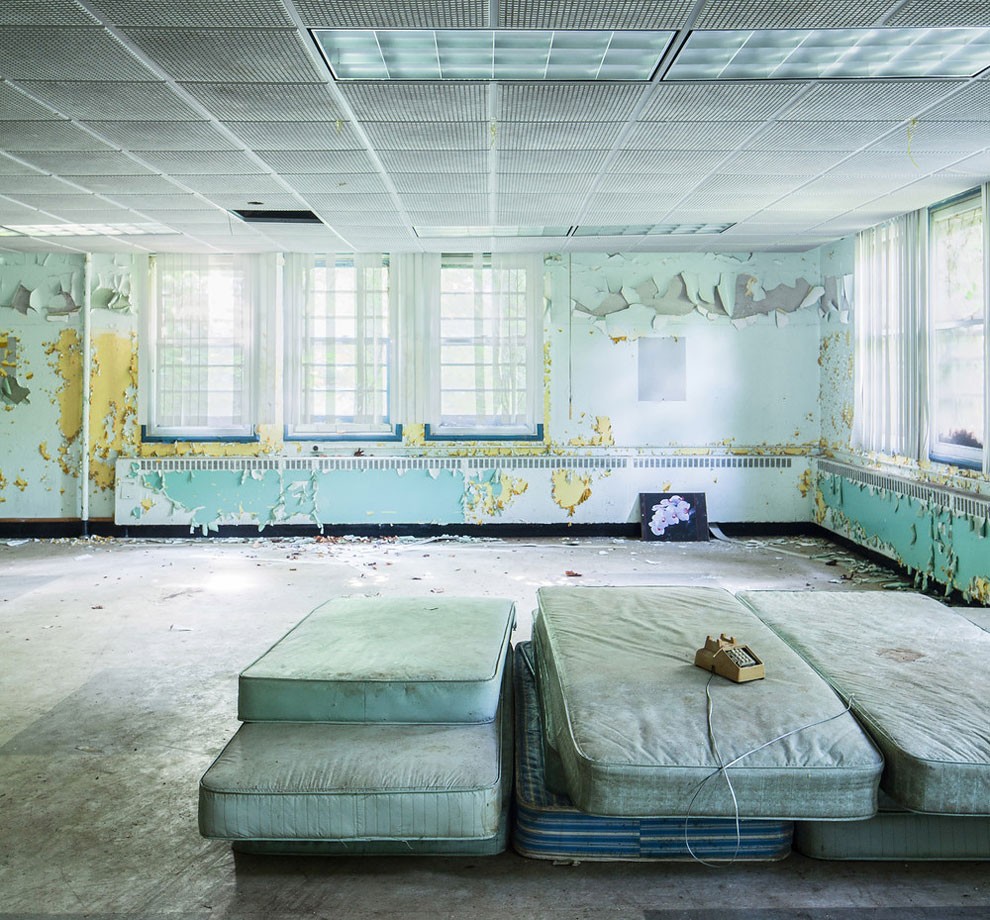 Mattresses pile up in a dayroom. 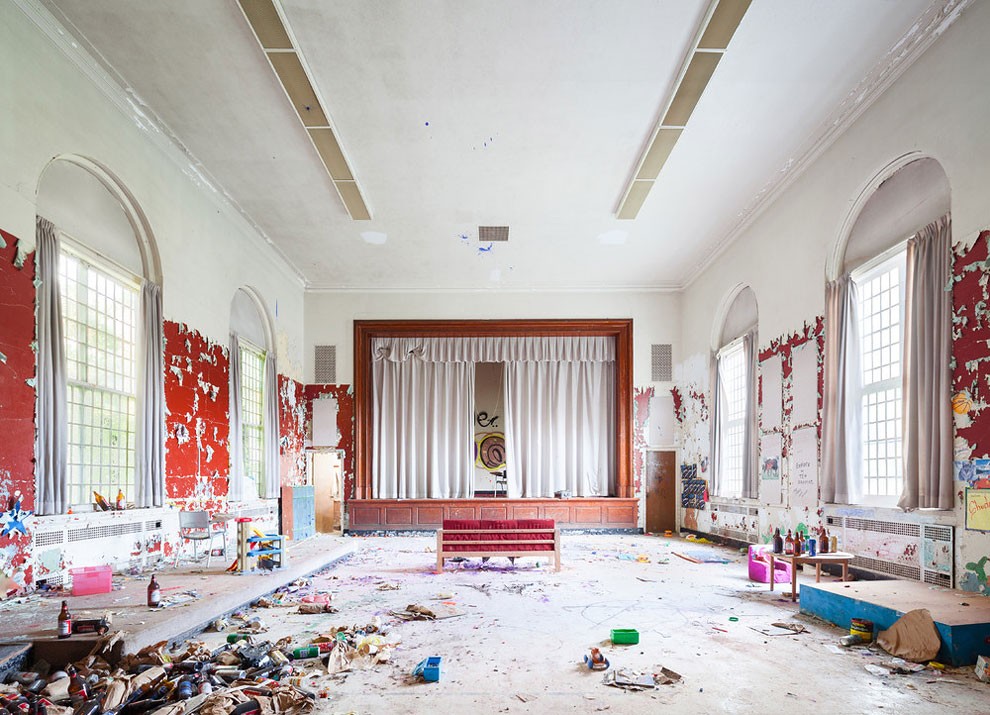 Beer bottle middens pile up in an auditorium. 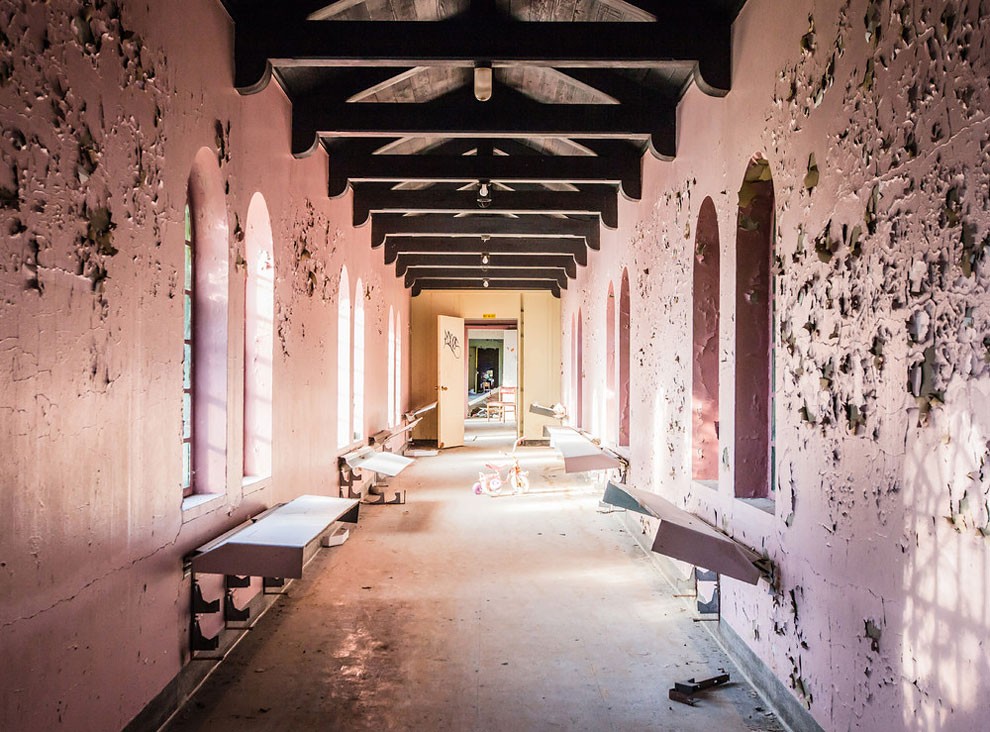 Pink walls distinguish the girls ward of the childrens building. 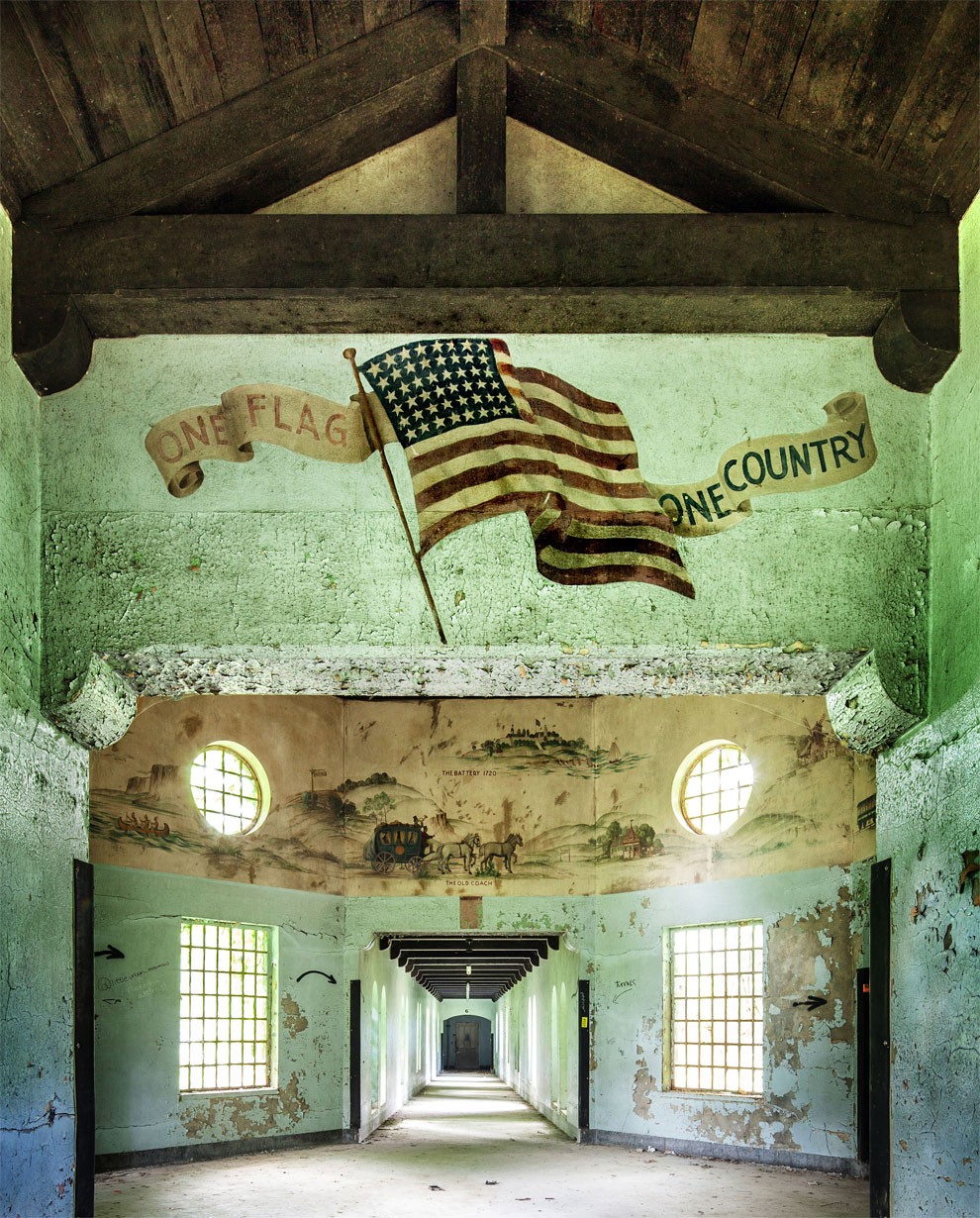 A mural with patriotic themes characterizes the boys wing of the structure. 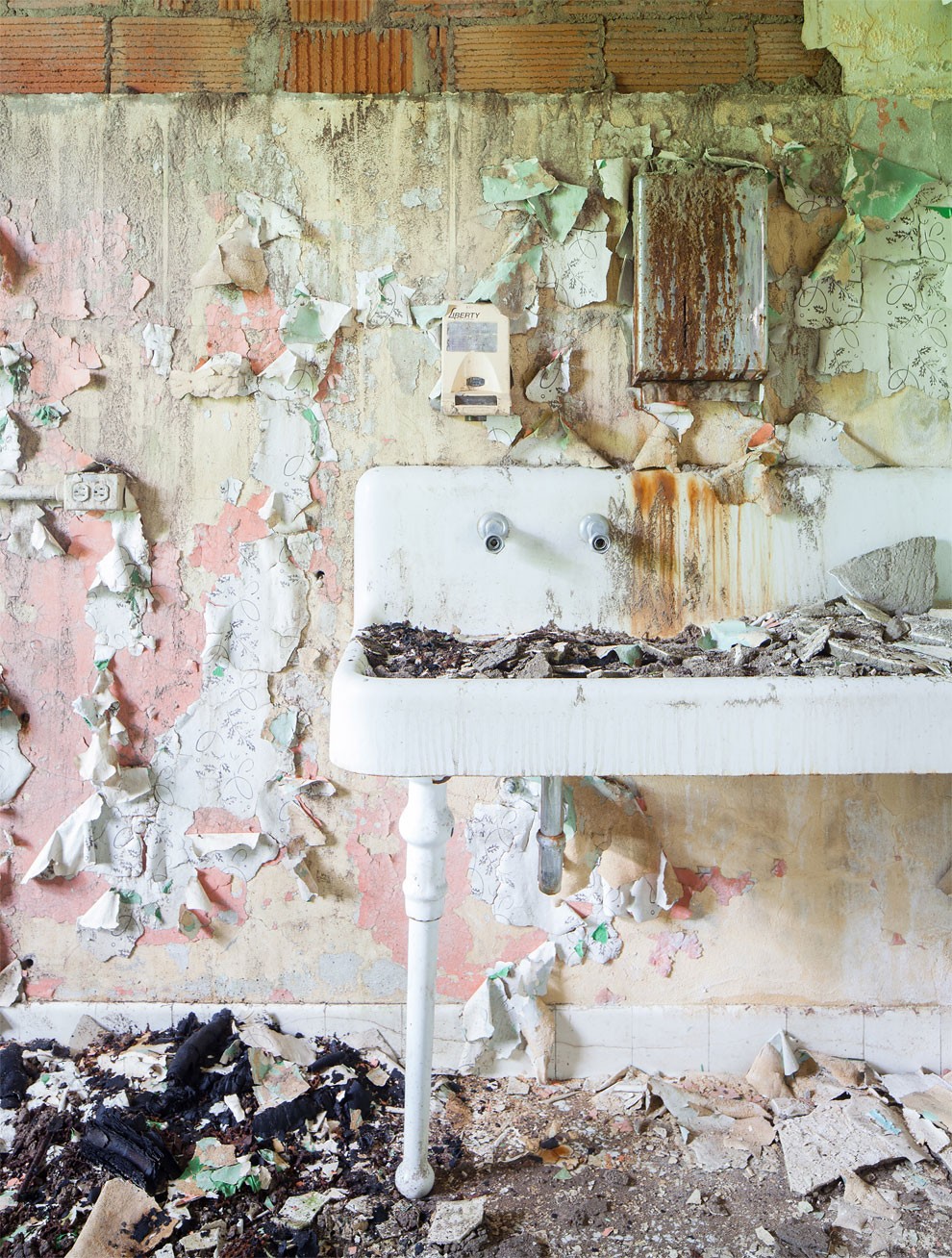 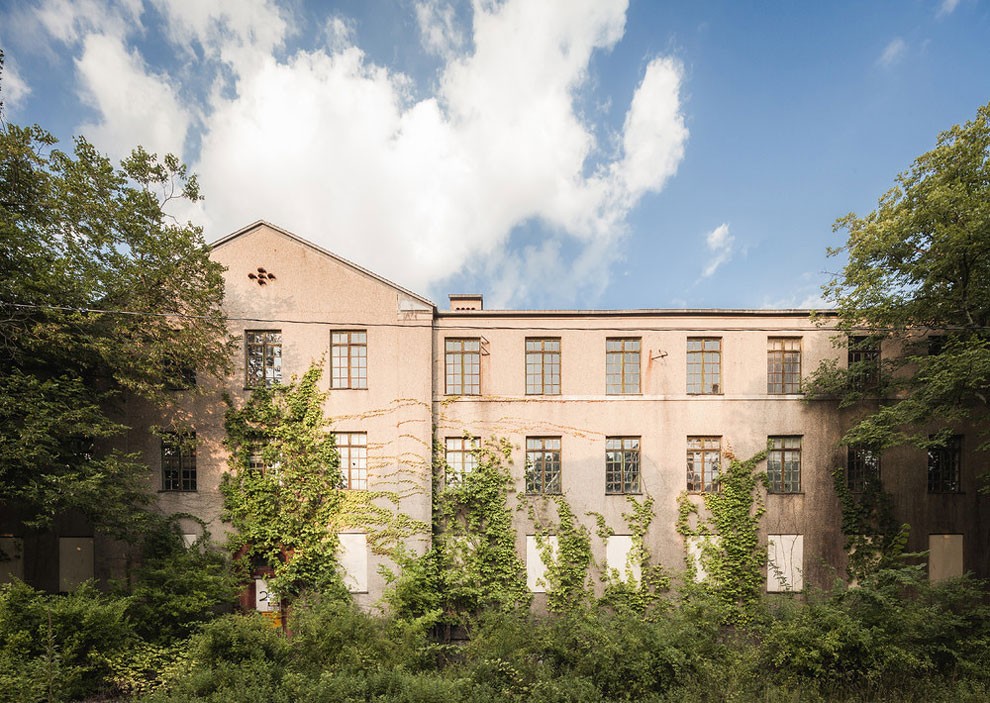 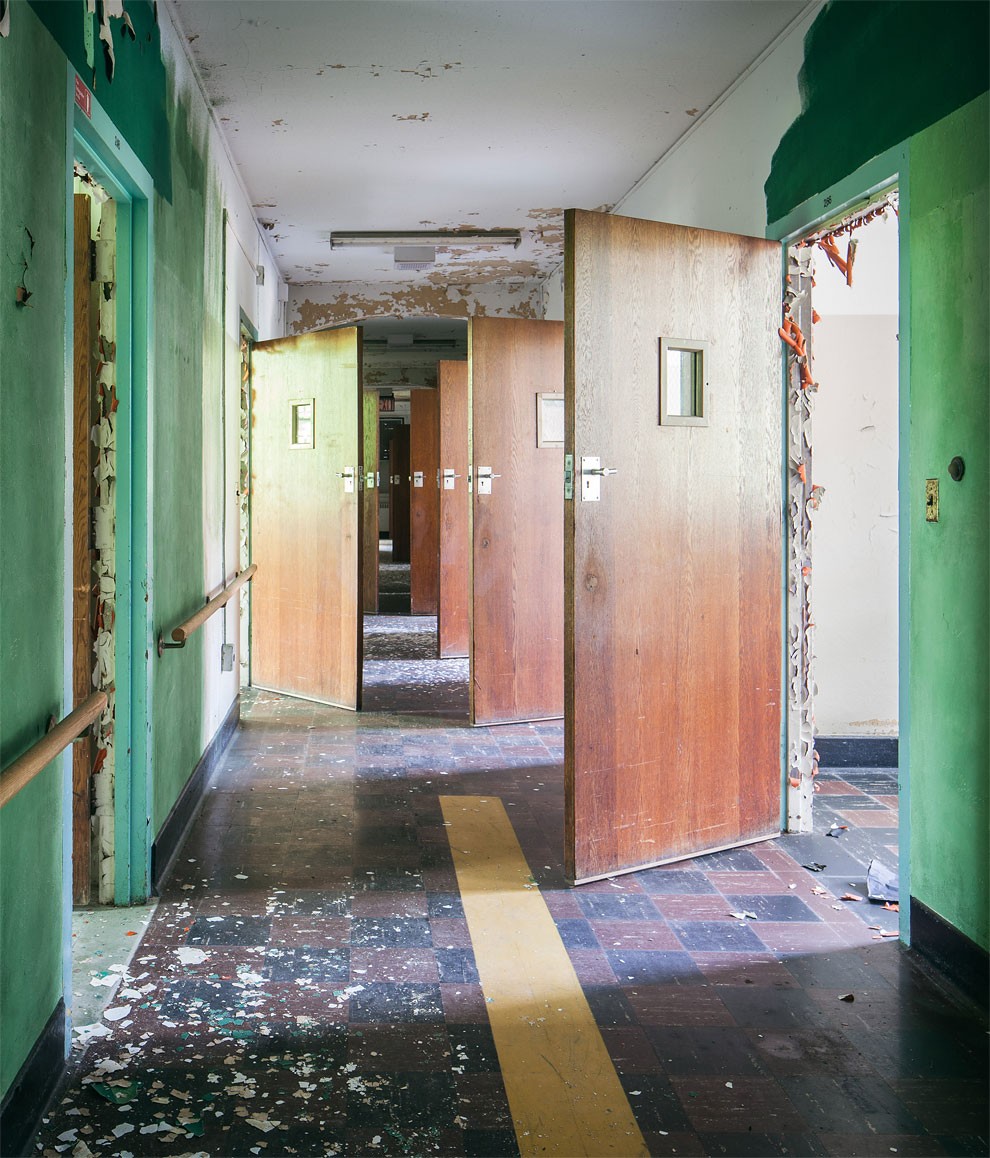 The hospital once housed 9,000 people, including patients and staff. 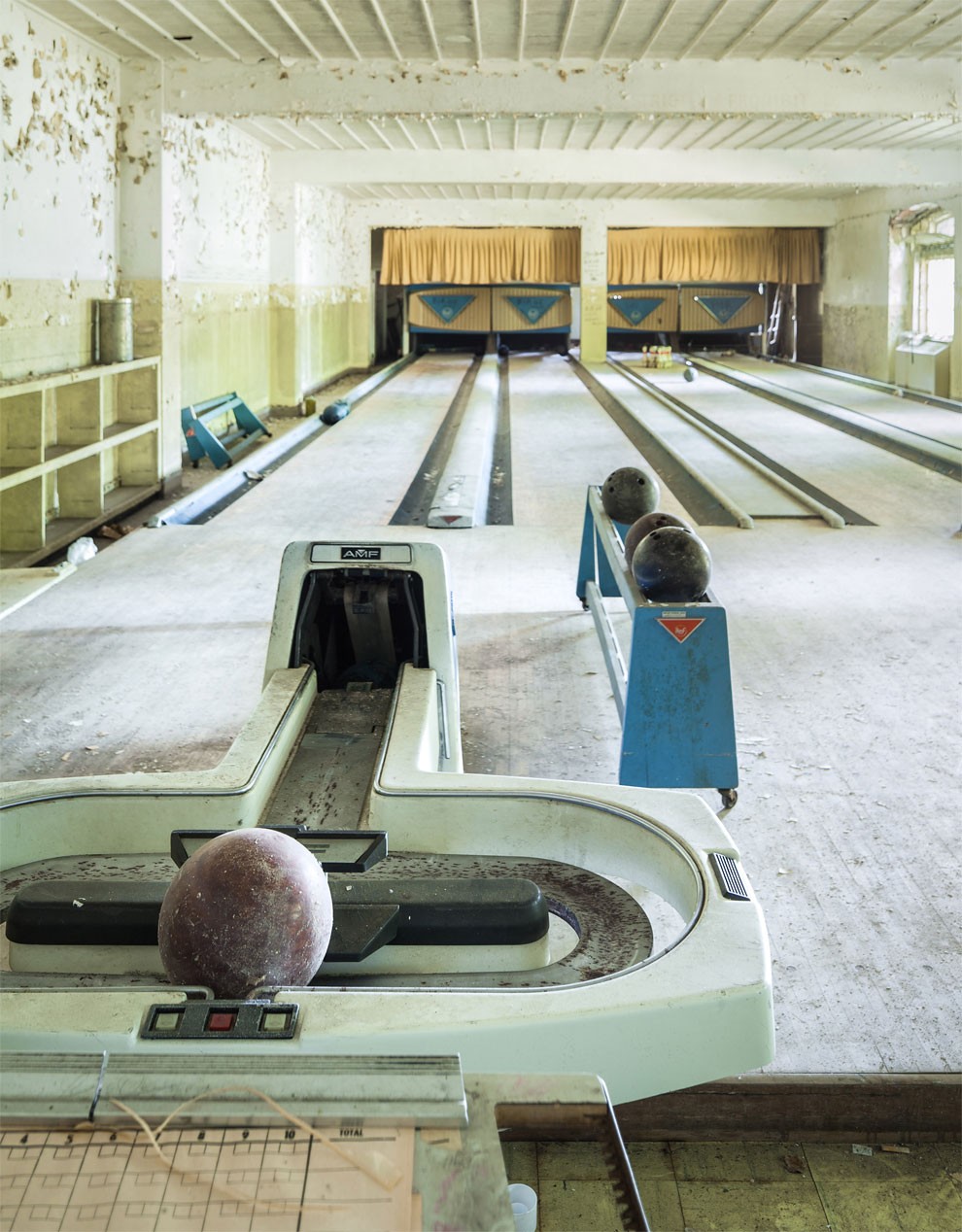 The AMF bowling equipment may date back to the 60s or 70s. 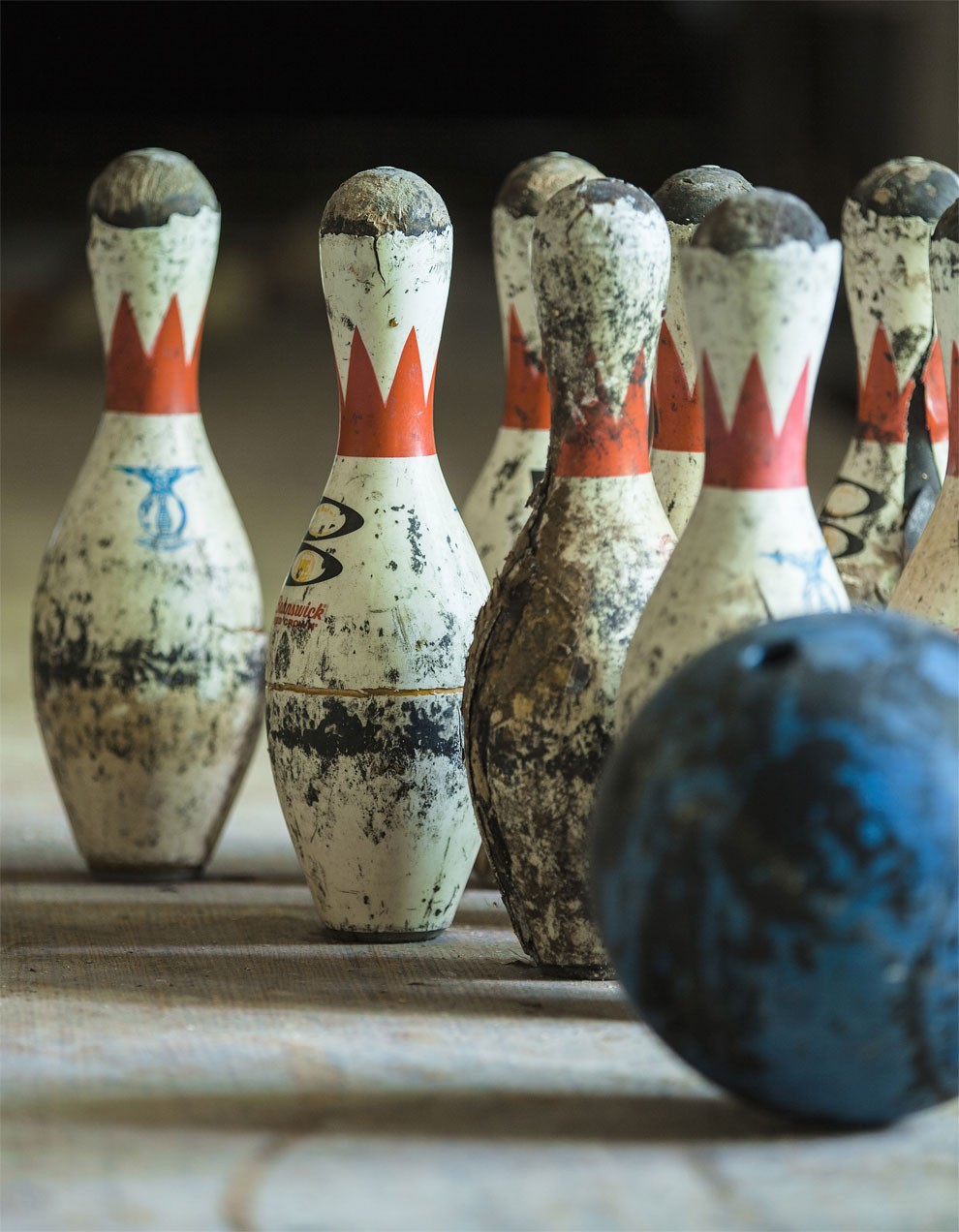 Compared to the bowling balls, the pins were scarce. Many had been stolen over the years. 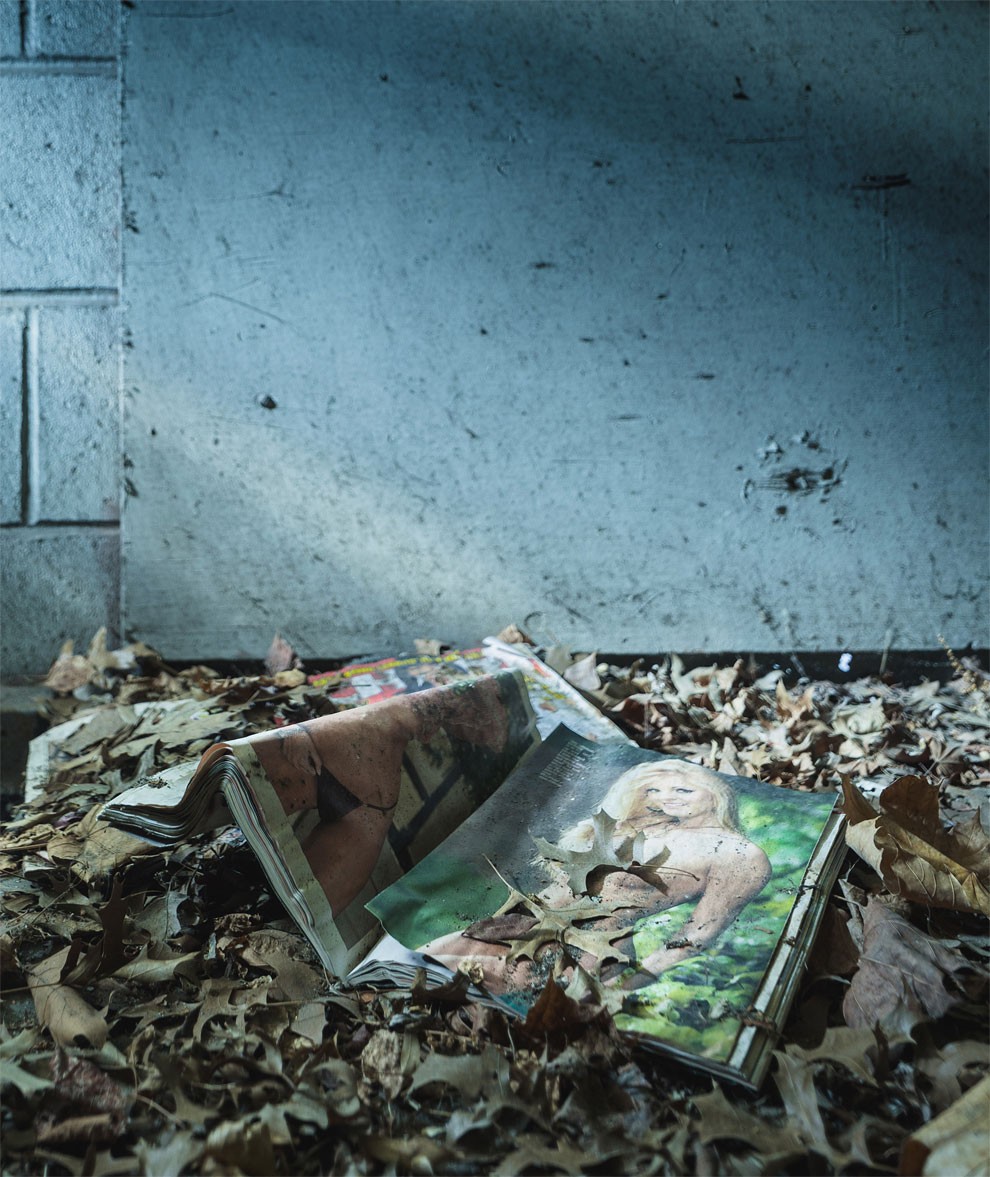 A stash of nudie magazines hidden long ago in the basement of a kitchen area. This area of the hospital was last used as a day care center in the early 2000s. 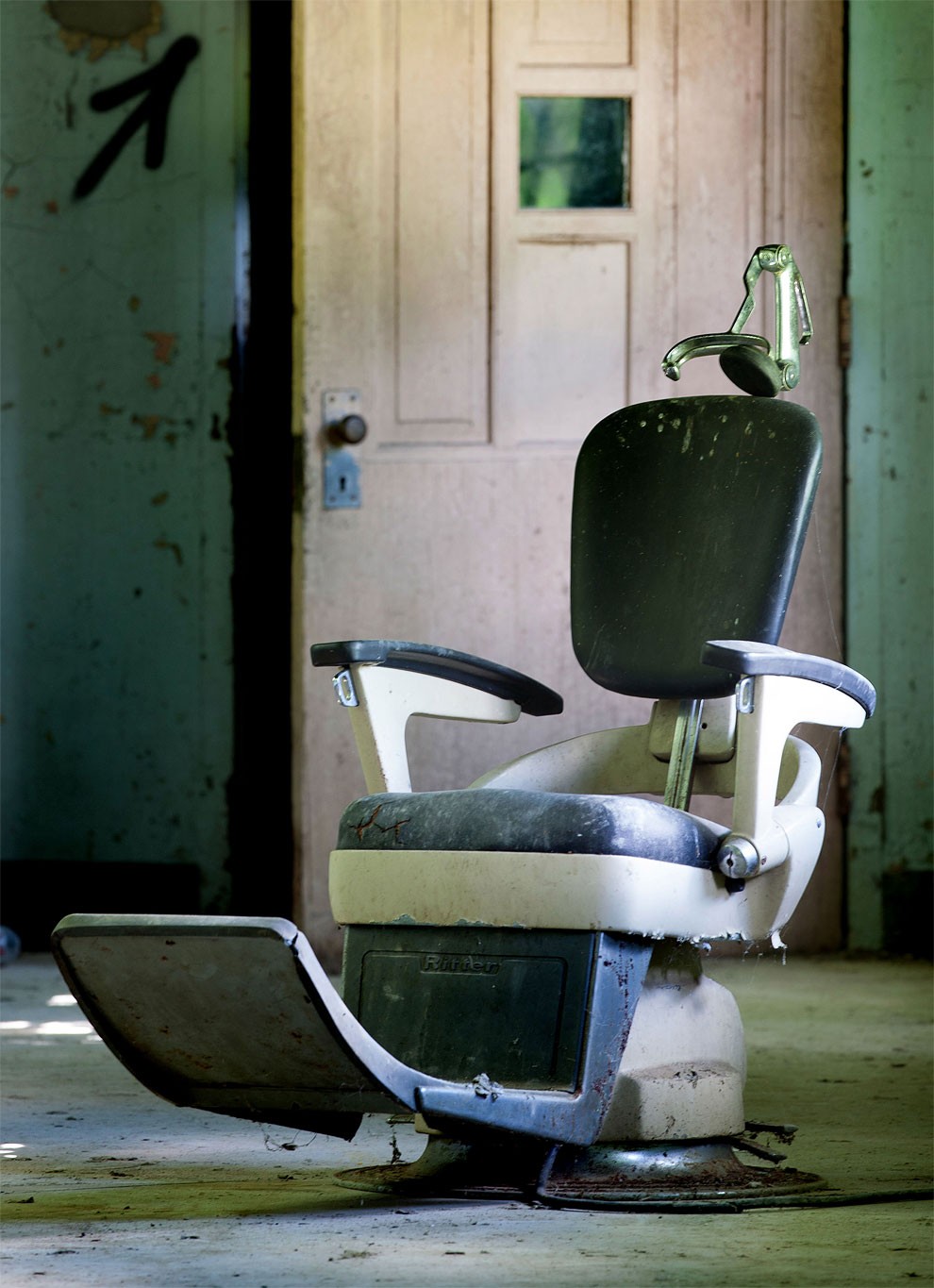 A few relics from the state hospital era lie scattered around the halls. 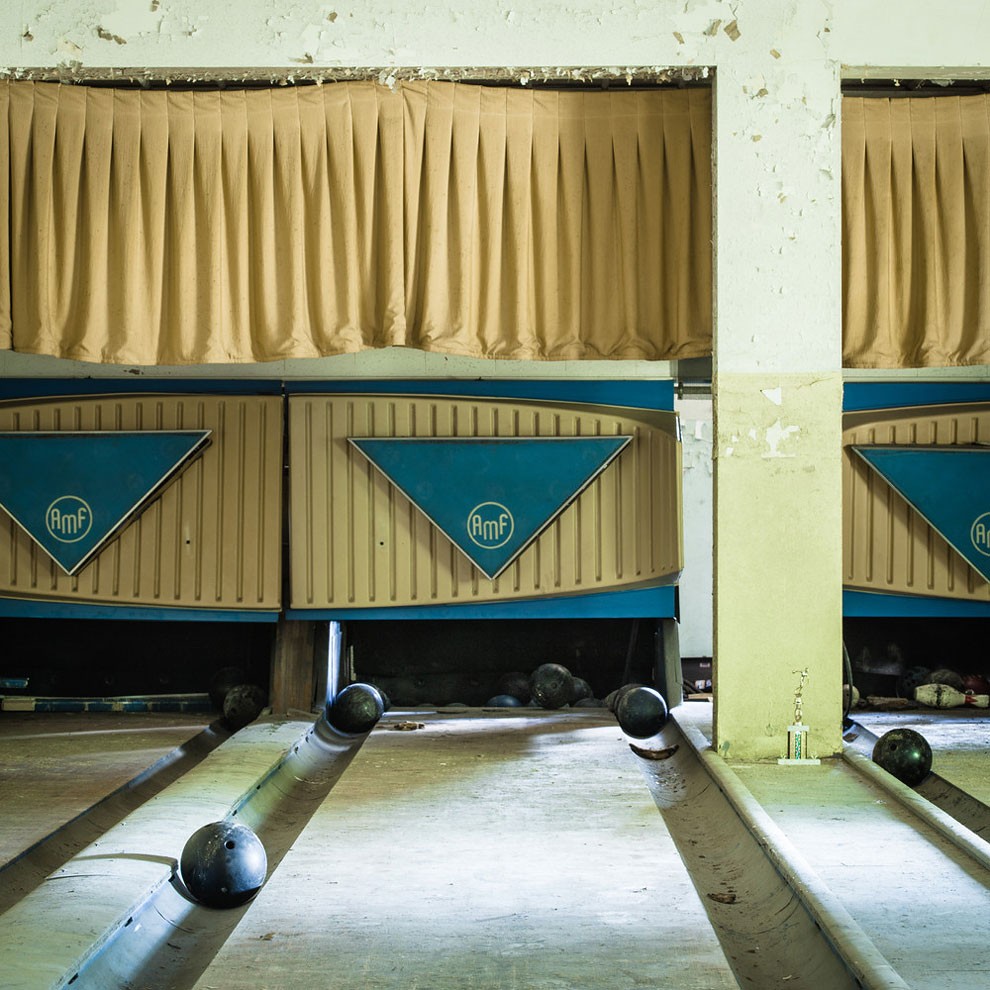 Bowling balls pile up at the end of the lanes from previous visitors. 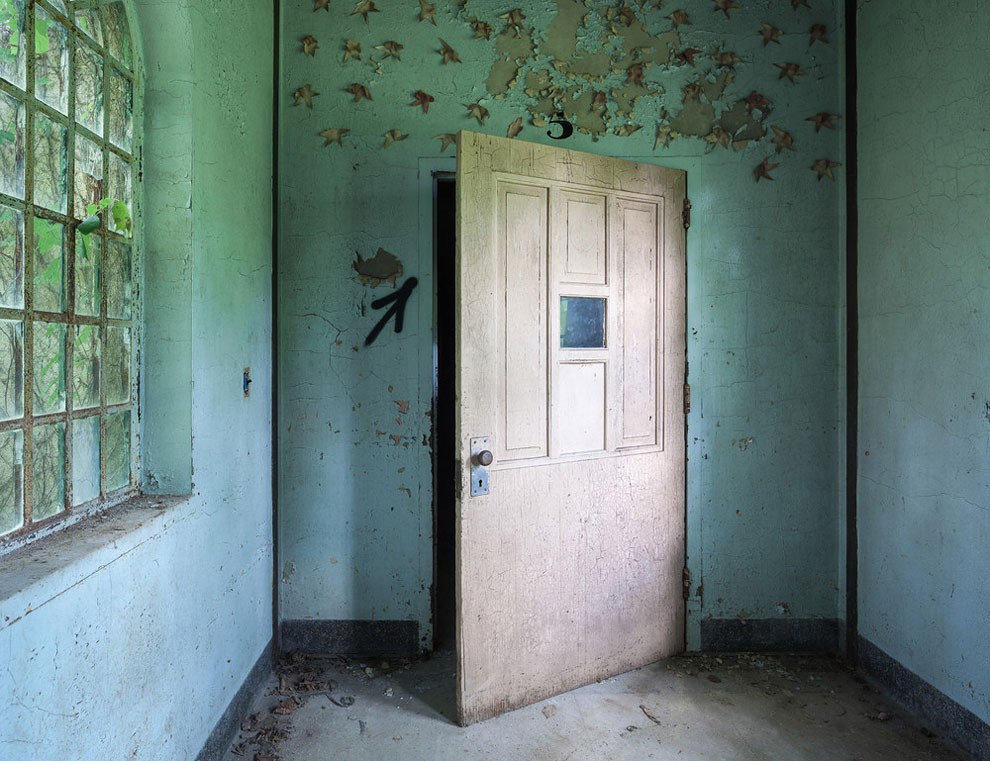 A doorway in the boys ward of the childrens building.

Bone Church of Rome: Amazing Vintage Photos Show Inside Rome’s Capuchin Crypt From the Late 19th Century
Japanese Illustrator Asteroid: Wandering Through The Ruins Of The Future
Chinese Tourists Cram China's Biggest Pool Named 'The Dead Sea' On Hot Day
Artist Used 145 Gallons Of Paint To Revive An Abandoned Pool On Roosevelt Island
Giant Crystal Cave in Naica, Mexico
Beautiful Abandoned Fairy Tale House as the Quintessence of What's Going On
100-Year-Old Negatives Discovered In Block Of Ice In Antarctica
This Public Toilet At The Central Bus Station In Russian Voronezh Is So Romantic They Lit Candels In It
Luxury and Decay: Atmospheric Abandoned Ruins in Photographs by Thomas Jorion
Musical Roads That Play Melodies When Cars Drive Over
A House Encased In Ice On The Shores Of Lake Ontario
Sushi That Looks Like Real-Life Swimming Koi In A Few Simple Steps
Travel Photographer Proves Dinosaurs Are The Key To Taking The Best Pictures
What School Lunch Looks Like For Students Around The World
Nomadic Couple Built a Stylish Trailer Home for $50,000
An Imagination That Looks Great On Paper: The Creative Mind Of Lily Seika Jones
Descend Into A Tomb Of Imprisoned Vehicles Frozen In Time
Terrifying See-Through Sleeping Capsules Hanging 400 Feet Above Peru’s Sacred Valley
A Mysterious And Abandoned Fishing Village Outside Of Budapest Captured In Perfect Reflection
Baikal Zen: Rare Phenomenon Makes Rocks Look Like They Are Floating Above Water
Cool Cartography: The Art Of Mapmaking
Chinese Village Is Home To 39 Sets Of Twins
Abandoned Asbestos Mines Still a Hazard in India
Costumed Characters Converge On Spanish Town
abandoned, hospital, looks, psychiatric, years