The Photographer Terry O’Neill Is Eighty 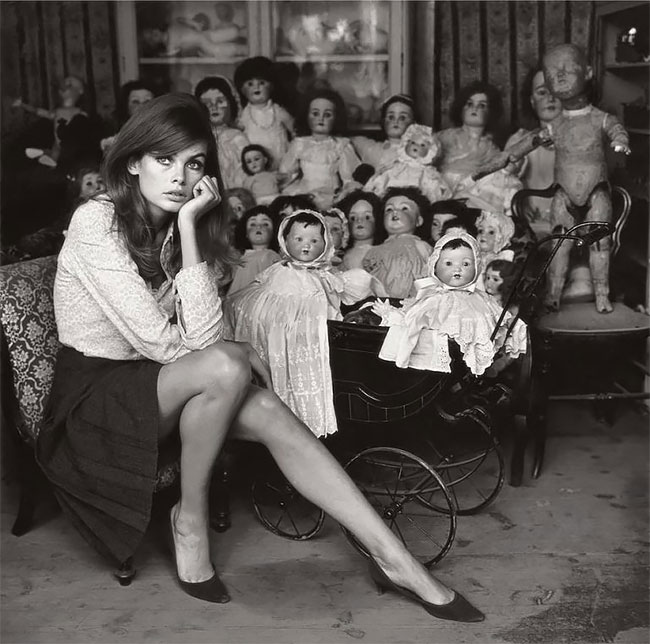 Here: Jean Shrimpton, 1964. ‘People used to say she looked like a doll, so I took her to a doll’s hospital I used to pass on my way to the office. She was the best model I ever photographed, without a living doubt.’

Terrence Patrick “Terry” O’Neill is eighty. Born in Romford, Essex just over a year before the start of ww2 within ten years he was meeting celebrities at theatre stage doors collecting autographs for his mother. “Mum loved the theatre and collecting autographs but she was very shy so I would get them from people like Sir Laurence Oliver and Noel Coward.”

His first job in photography was in a photographic unit for an airline at London Airport ten or so years before it was renamed Heathrow. By accident he filmed the Home Secretary Rab Butler sleeping at the airport and it got the eye of Fleet Street editors. He was soon hired for the Daily Sketch in 1959.

His first professional job was photographing Laurence Olivier but he went on to take pictures of anyone who was anyone – from the Beatles and Judy Garland to the Royal Family.

“I’d do five or six jobs a day” he once remembered, “while the old timers wanted to do one and go back to the darkroom and play shove ha’penny” the hard work and energy meant that he soon became one of the top photographers of the Sixties. “Within two weeks I had photographed the Beatles and the Stones…nobody ever fazed me after that.” Around that time he got Diana Dors to sweep snow on a film set. Michael Winner was watching and said: ‘Either that guy is going to be a top photographer or he is going to be history within weeks.’ ” 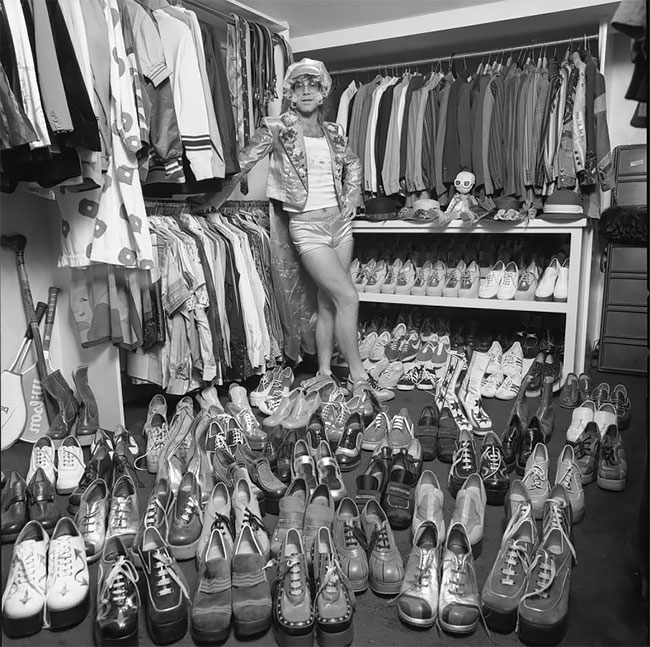 Faye Dunaway, Beverley Hills Hotel, March 29 1977. The morning after the night before. 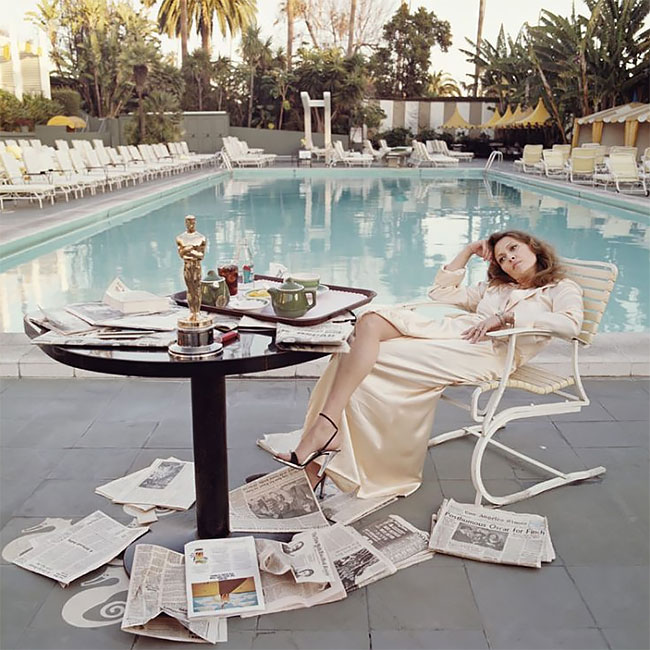 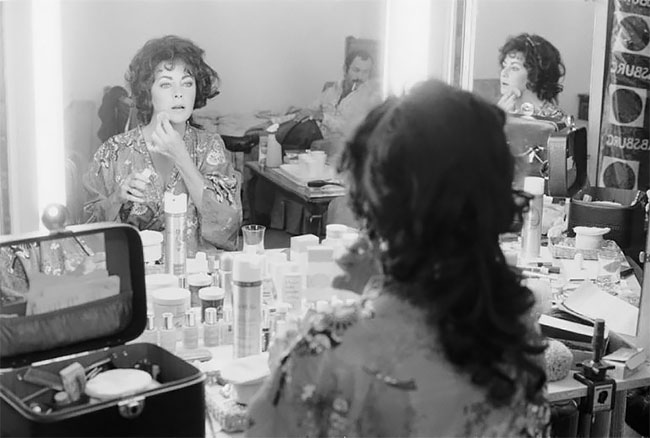 Elton John does a handstand on his piano, London, 1972 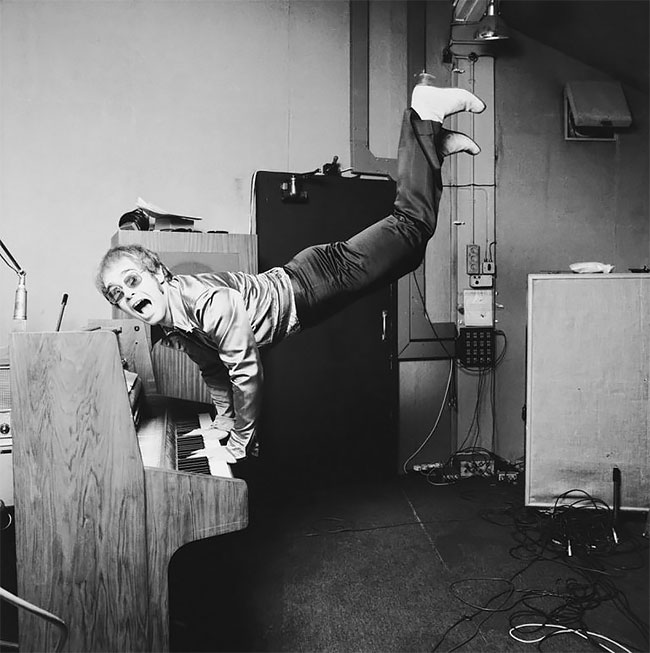 Singer David Bowie wearing a smart hat and sunglasses during the filming of ‘The Man Who Fell To Earth’ in Los Angeles, 1975. 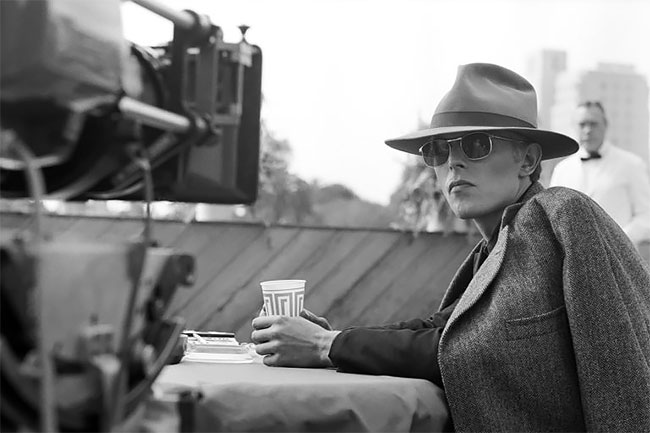 English actors Michael Caine and Geraldine Moffat star in the film ‘Get Carter’, 1970. 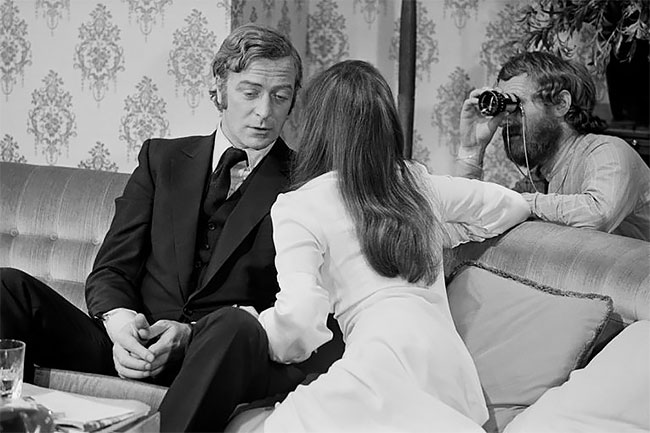 Michael Caine and Geraldine Moffat star in the film ‘Get Carter’, 1970. 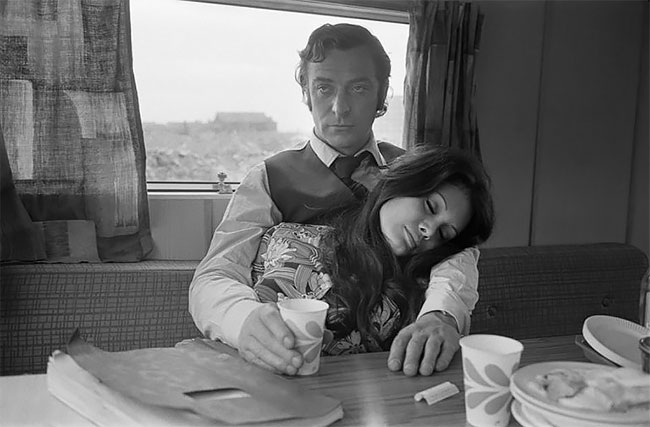 English actor Michael Caine stops for a chat during the filming of Mike Hodges’ gangster classic ‘Get Carter’, circa 1971. In the background, on the left, is playwright John Osborne, who also stars in the film. 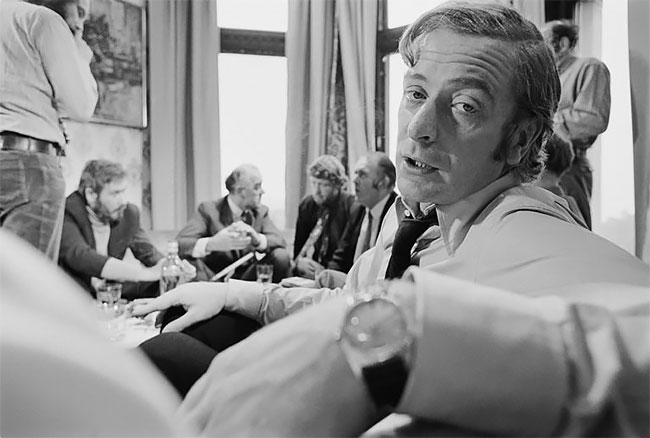 Rod Stewart at his home in Windsor 1971 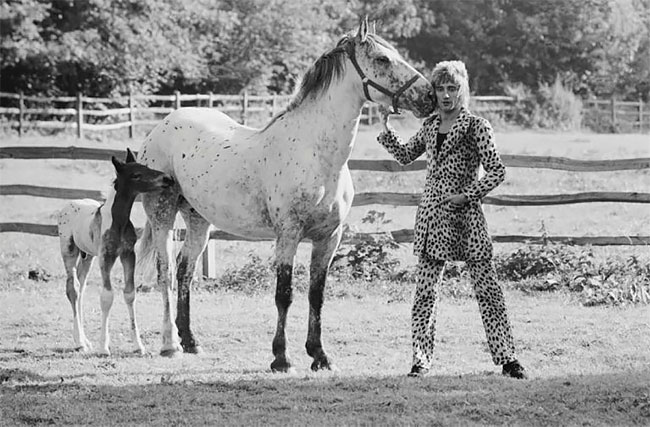 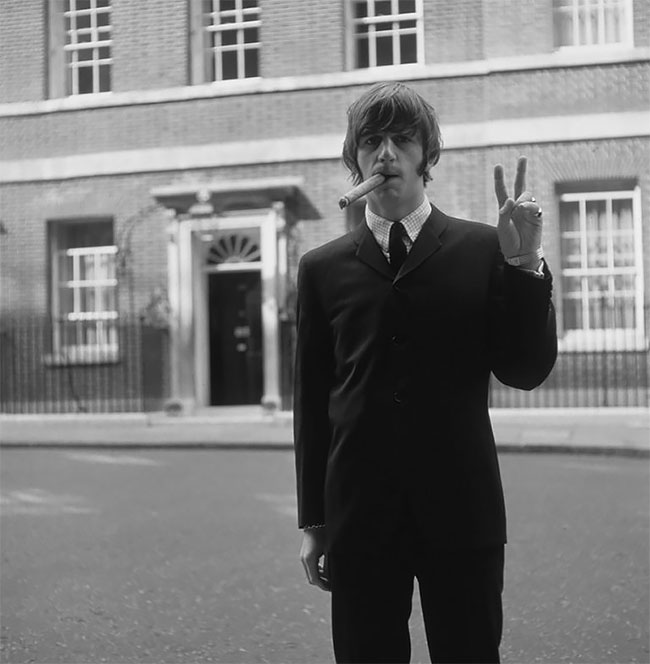 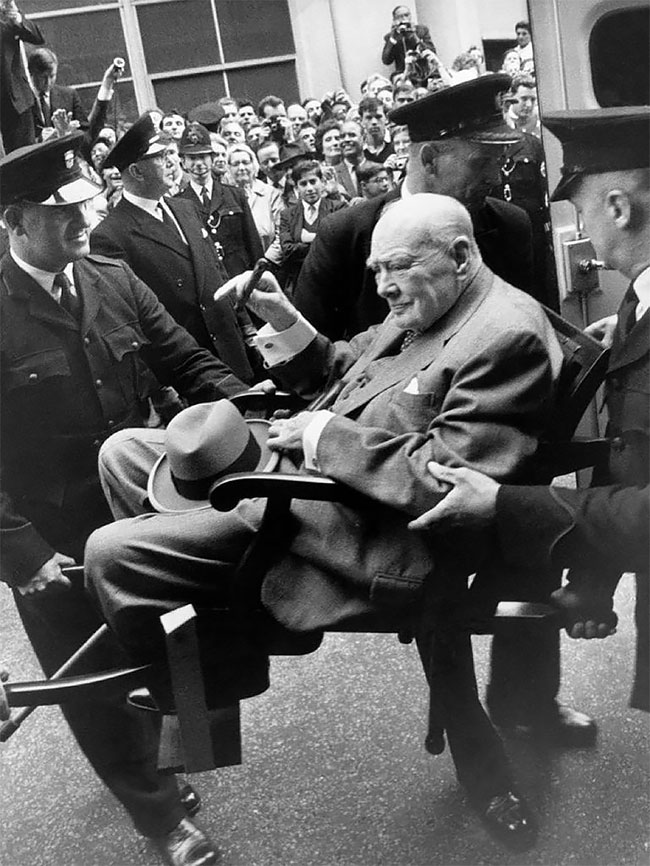 Alice Cooper with his wife and daughter at home, Los Angeles, 1980s 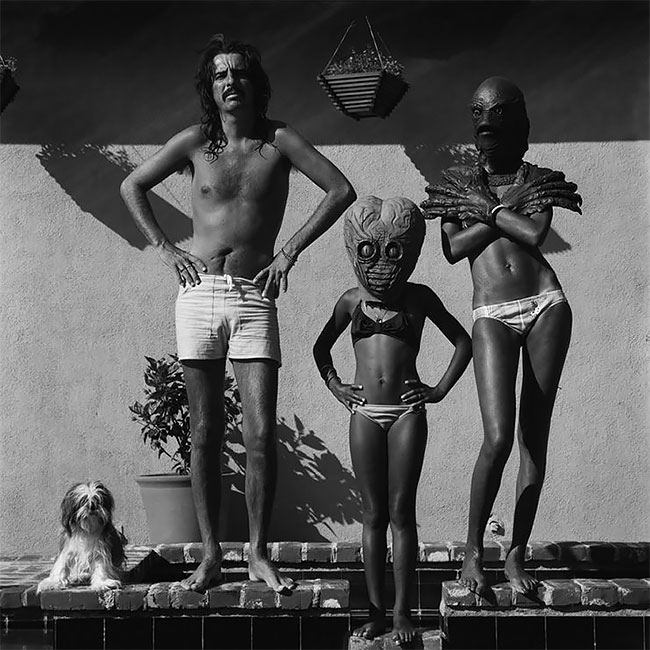 Sean Connery during the filming of Diamonds Are Forever. 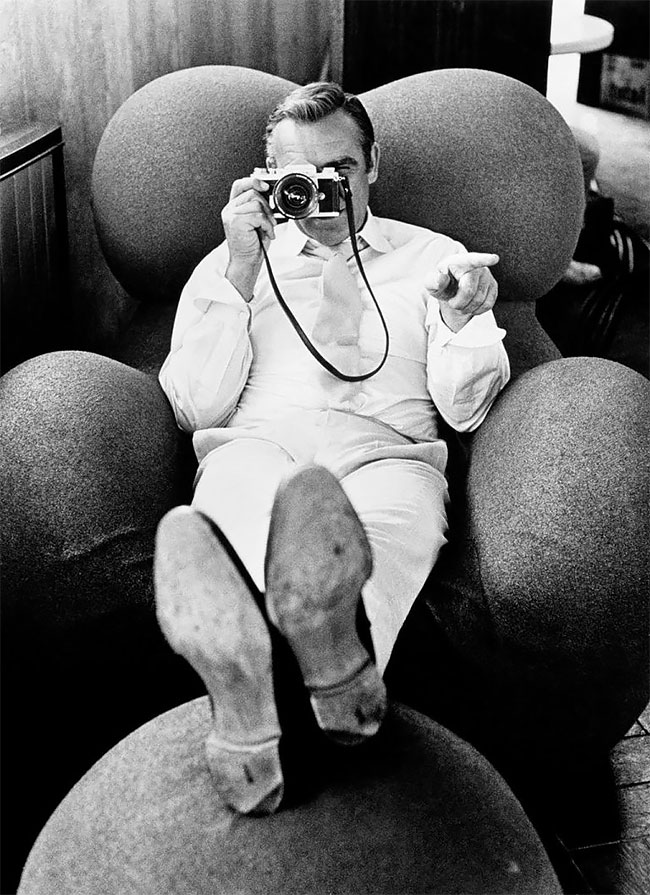 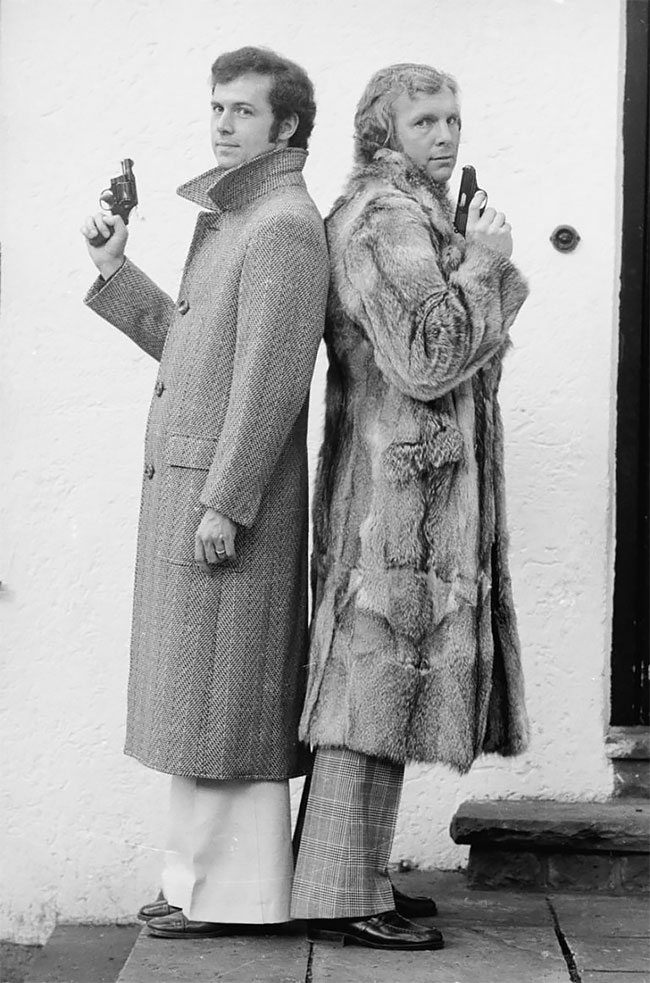 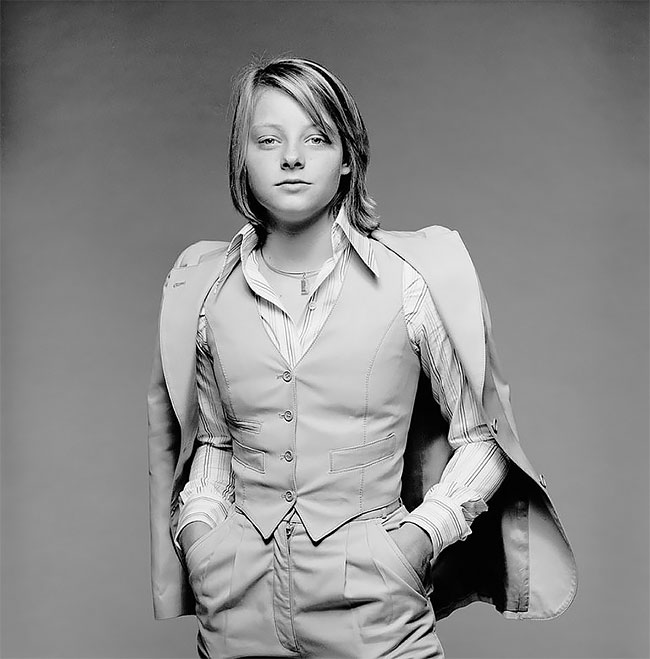 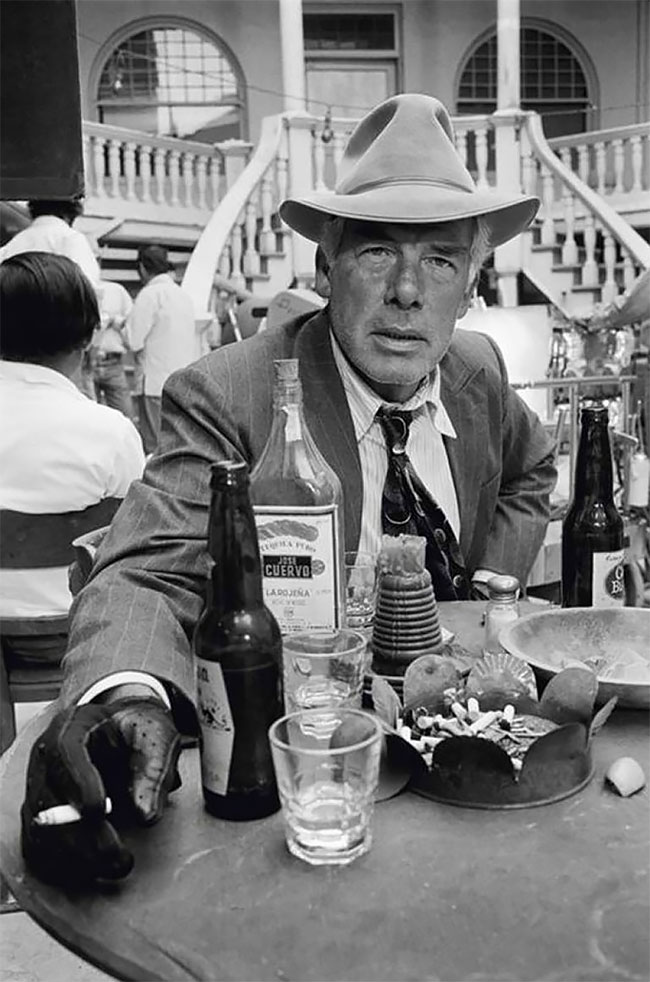 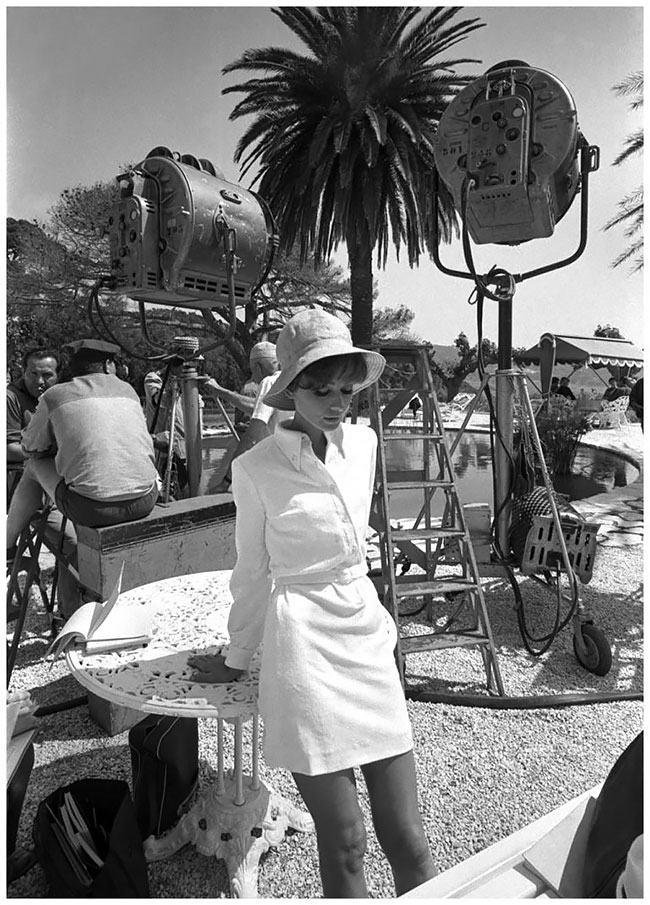 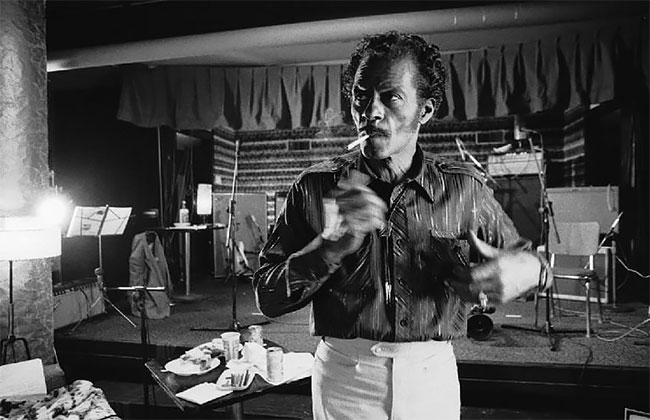 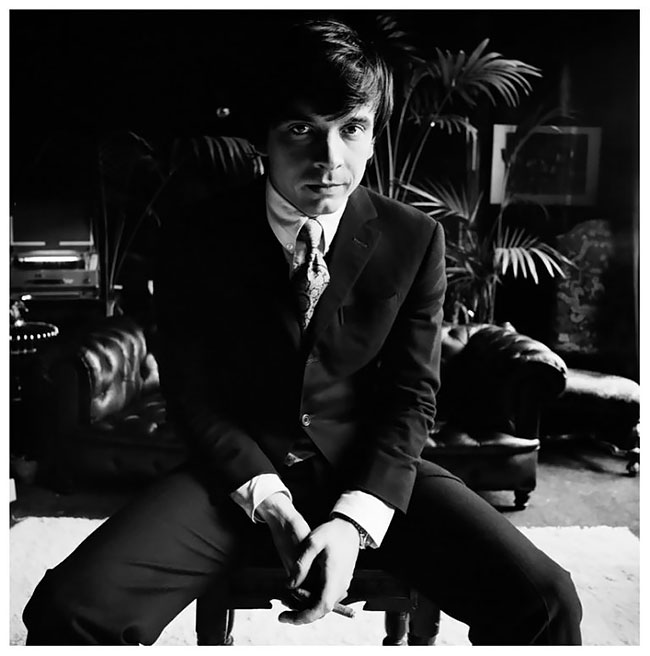 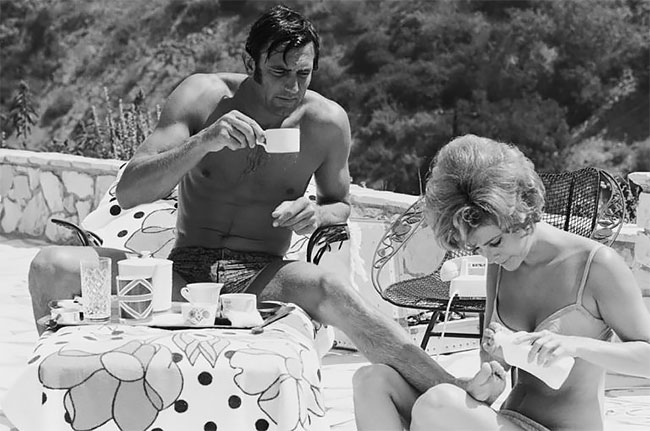 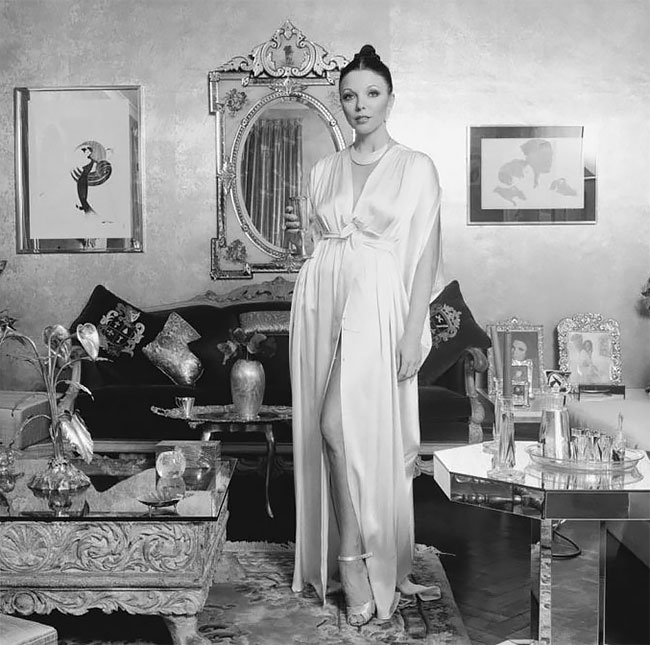 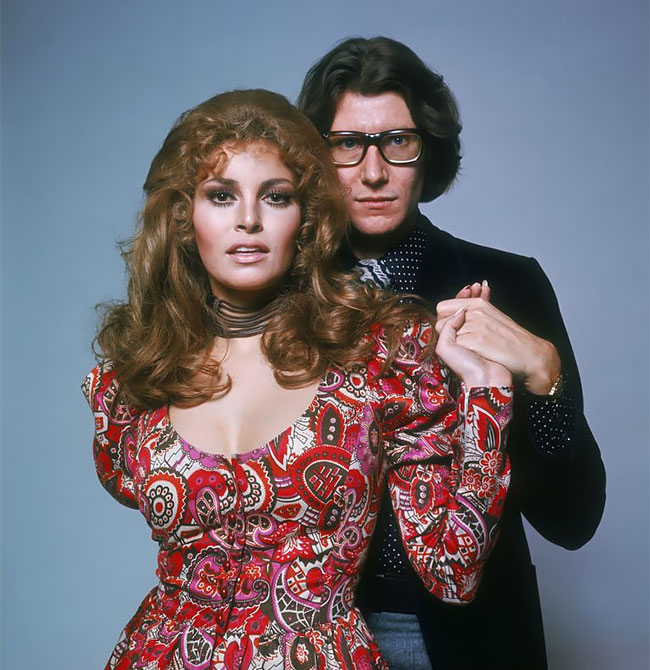 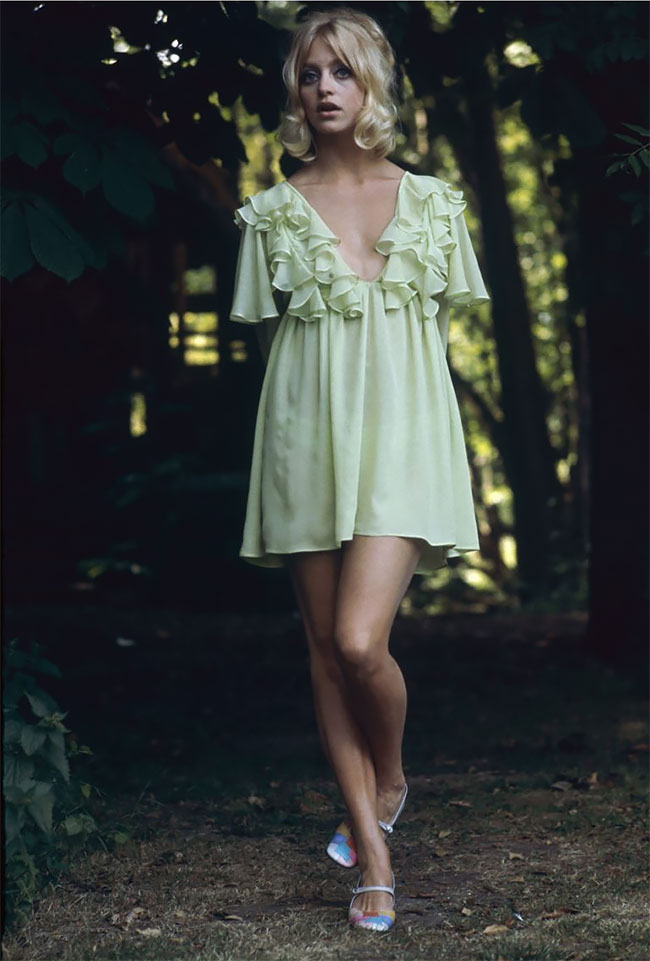 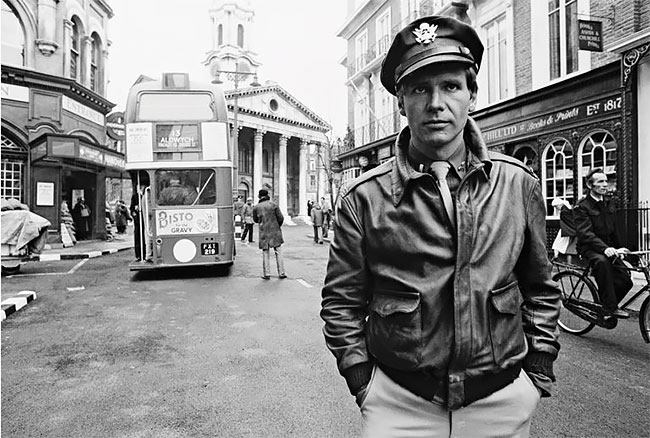 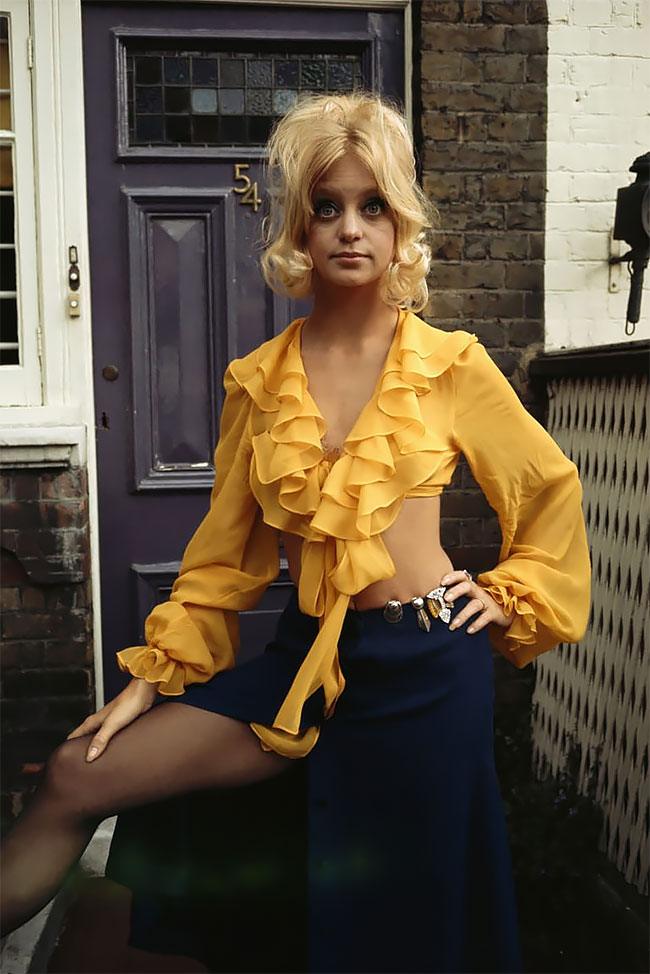 Great Photos Of Mid-Century New York City By Frank Oscar Larson
The 11 Winners Of The Prestigious 2021 Audubon Bird Photography Contest
Multiple Exposure Portraits by Christoffer Relander
Photo of the Day: Cesar Romero As The Joker Stands Beside A Green Surfboard At The Beach, 1967
Amazing Snapshots Capture Street Life in New York City From the Mid-1930s to the End of the 1940s
Rare And Beautiful Photos Of 18-Year-Old Freshman Madonna At The University of Michigan In 1976
Started As A Mistake, Retired Gym Teacher Wore The Same Disco-Era Outfit For 40 Years Of Yearbook Portraits
Daphne Guinness for Tatler Hong Kong, March 2012
New York Secret Rooftop World
These Young People from Lagos, Nigeria Took Smartphone Photography to The Next Level
Daredevil Photographer Attaches LED To Drone For Hauntingly Beautiful Photos
Never-Before-Seen Pictures That Show A Secret Pregnancy Of Movie Icon Marilyn Monroe In 1960
This Photographer Restores “Unrestorable” Photos, And The Results Are Amazing
A Visual Record of New Jersey Bikes & Ink in the 80s in Photographs by Pulsating Paula
Recent Entries For The Comedy Wildlife Photography Awards 2017
Winners Of The Travel Photography Contest 2022 By The Independent Photographer
Satellite Photos of Japan, Before and After the Quake and Tsunami
Incredible Vintage Photographs From The Gibson Archives Of Ships Wrecked On British Coasts
The Beautiful Winning Photos Of The Military Visual Awards For 2019
Here Are The 30 Best Photos That NASA’s Curiosity Has Taken After 7 Years On Mars
Spectacular Winning Photos From The Travel Photographer Of The Year Awards
Сontroversial Portrait Photos Of Jane Birkin And Serge Gainsbourg In The 1970s
"Life is Good": Sensual Close-Up Photography by Alisa Karin
Conceptual And Lifestyle Portrait Photography By Lauren Shipman
eighty, neill, photographer, terry

This Guy Shows The Secret Side Of Glamorous Instagram Photos
The Majesty Of The Animal Kingdom in Amazing Photographs by Simen Johan
Darkness To Light: The Moody And Bluish Photo Artworks Of Albin Sjödin
"Just Another Day In L.A.": Photographer Captures Fantastic Aerial Shots Of Los Angeles
Photographers Turn Their Homes Into Cameras To Portray Life During Coronavirus Times
Stunning Photos Of 2021 Natural Landscape Photography Awards
The Amazingly Detailed Living Pictures That Show How Scenes Throughout History May Really Have Looked
Photographer Snaps Adorable Photos Of His Dog On Epic Adventures In The Wild
Beautiful Kodachrome Photos of Life in New York in the Late 1960s
Emotional Backstage Portraits of the Emmy Awards Nominees
2007 ‒ 2023 by Design You Trust. Proudly hosted by WebHostingBuzz.
Privacy Policy · Terms of Service · Content Removal Policy ❤️ 🇺🇦