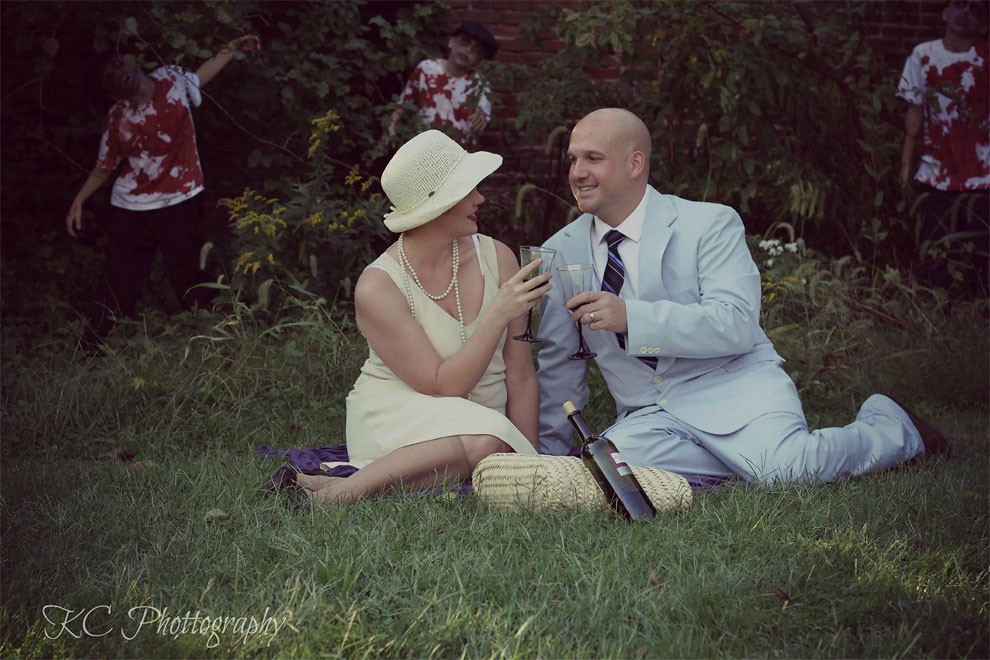 Do you remember posing for family photos as a kid? The stiff collars, the forced smiles, the photographer from JC Penney who keeps trying to cheer you up with jokes even though, at only 7, you’re already way too old for that shit? Don’t you think you think that maybe — possibly — you would have had a better time had your parents considered the idea of soaking you in fake blood and letting you act like the zombie who’s slowly dismembering them?

As they say, we learn from the mistakes of the generations in front of us — at least, that’s what one couple did with their undead family portraits. Either that or they’re just very excited about Halloween. 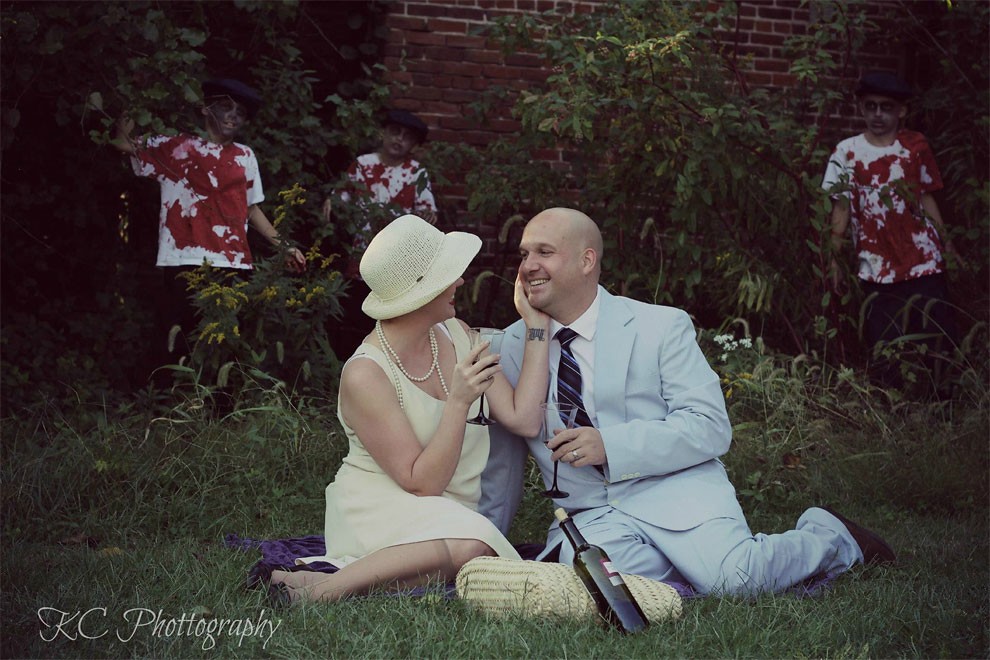 Photographer Kelsey Otto takes photos of her sister’s family each year. The night before she was scheduled to shoot them this year, she had a dream. About zombies. 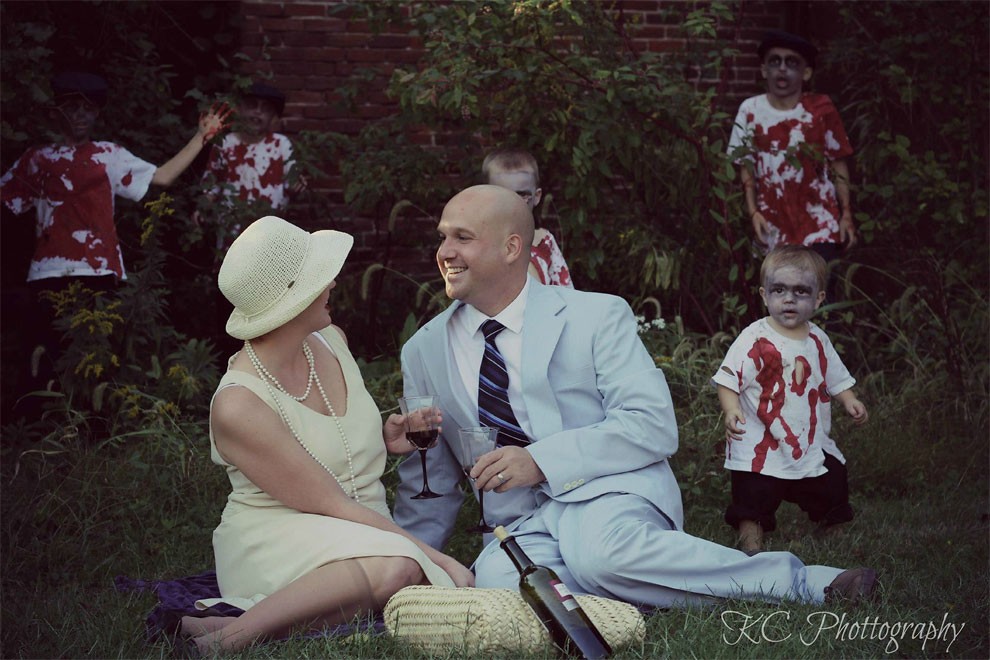 “When I woke up, I immediately called my sister, told her the idea and begged her to play along,” Otto told Babble. “They loved the [zombie] idea just as much as me and so we picked out the outfits at our local goodwill, bought some fake blood, and there you have it.” 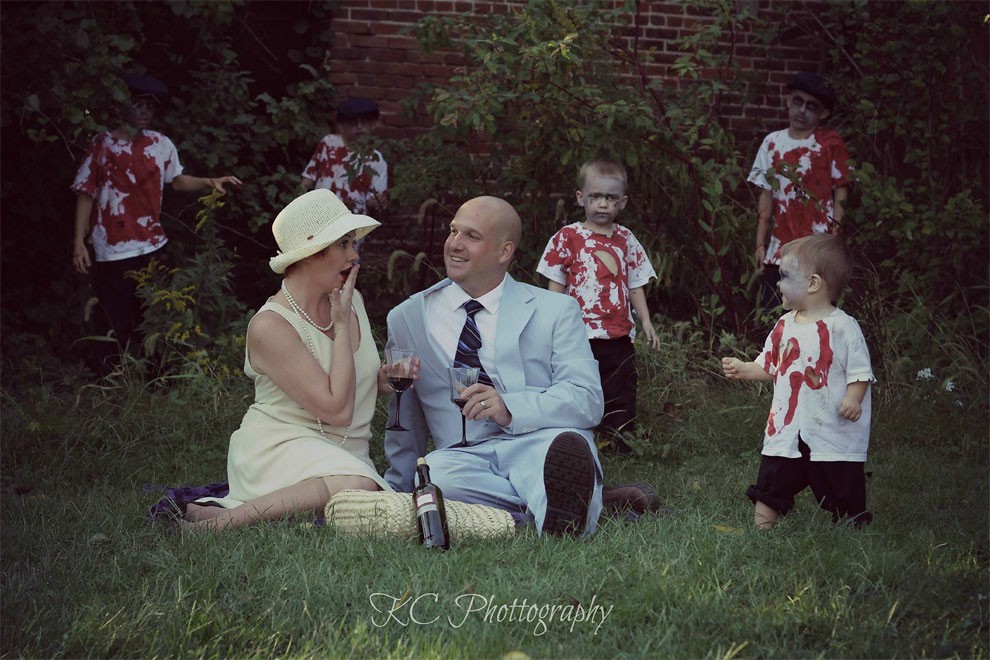 There you have it, indeed. “It” being an entire family portrait session with her sister, brother-in-law and young nephews posing as zombies. 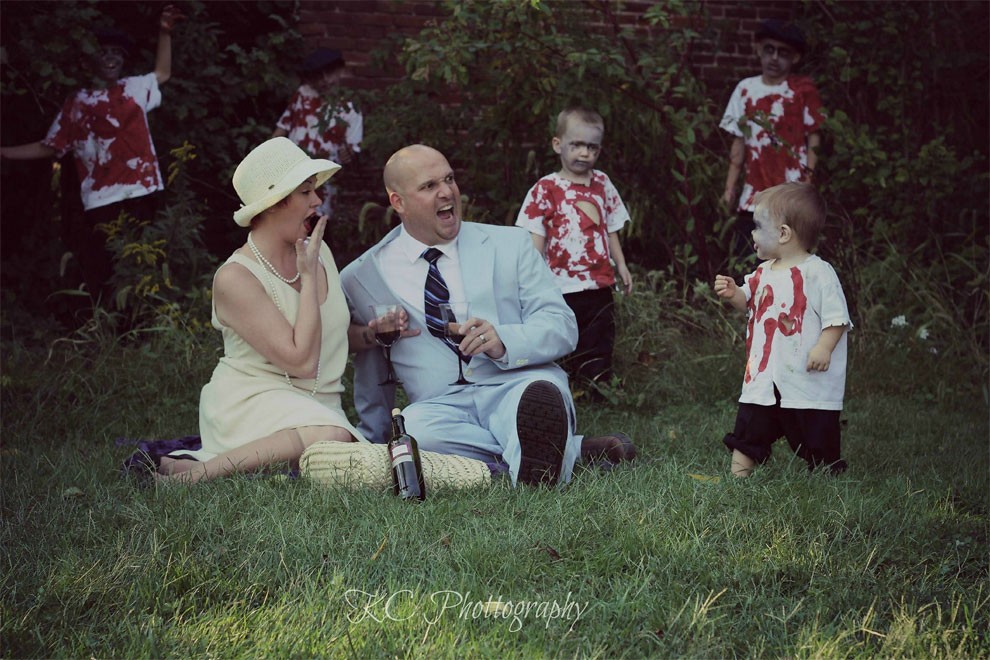 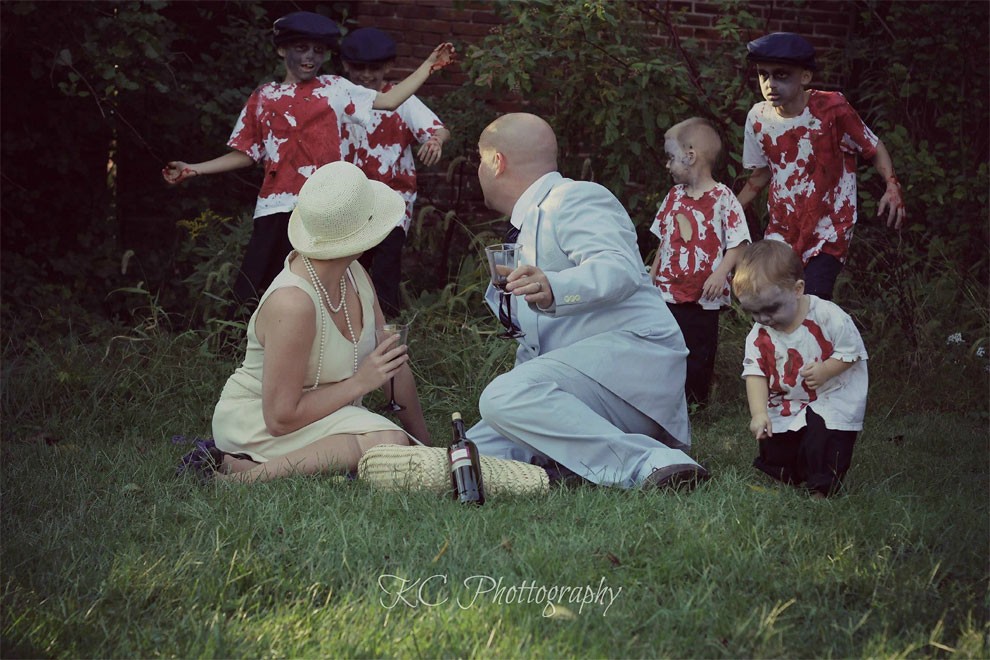 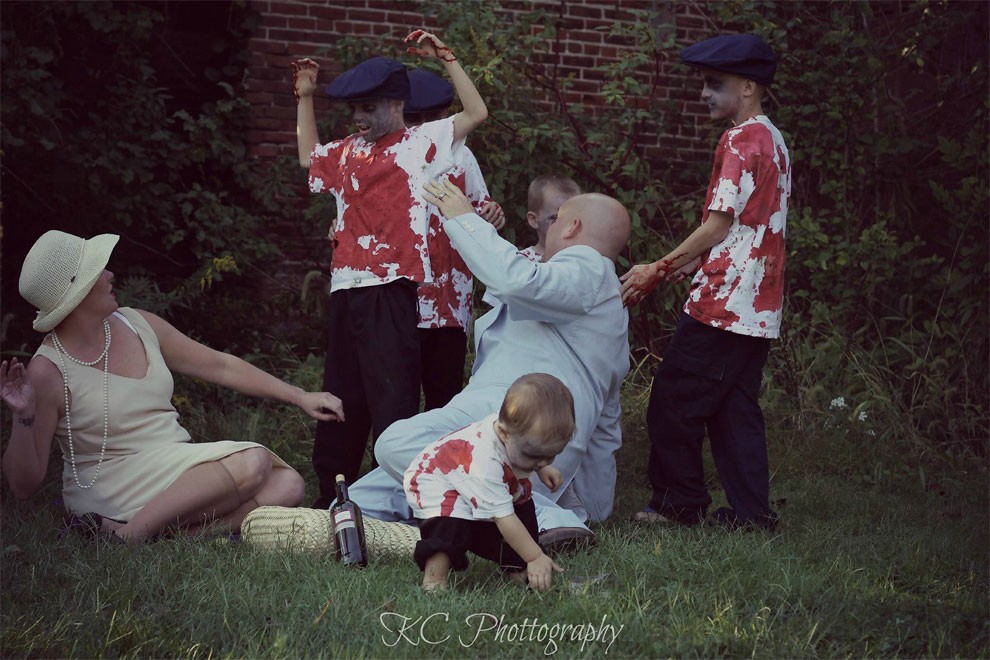 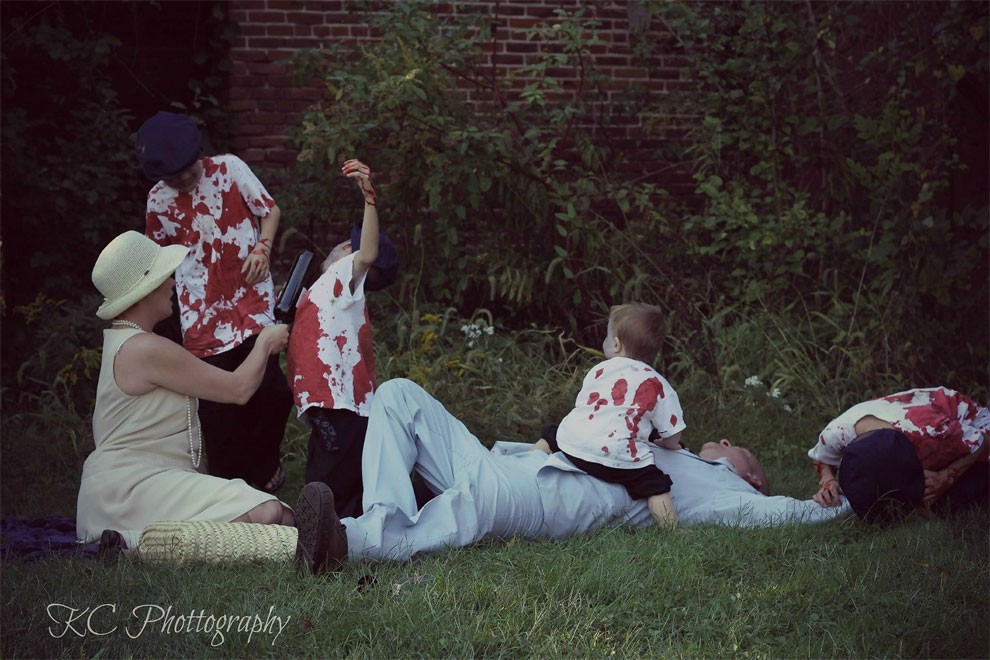 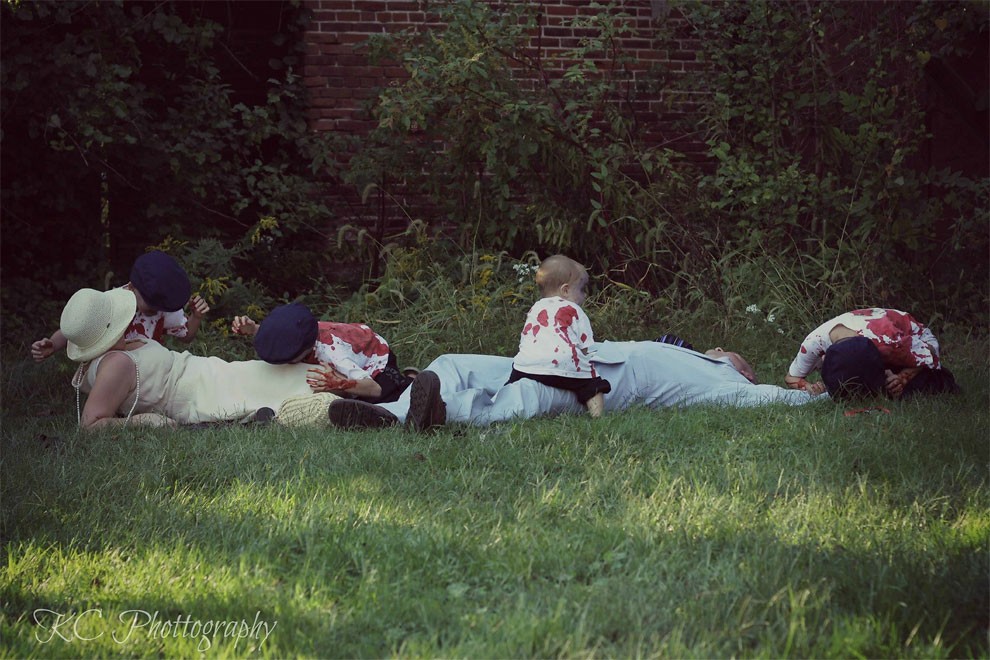 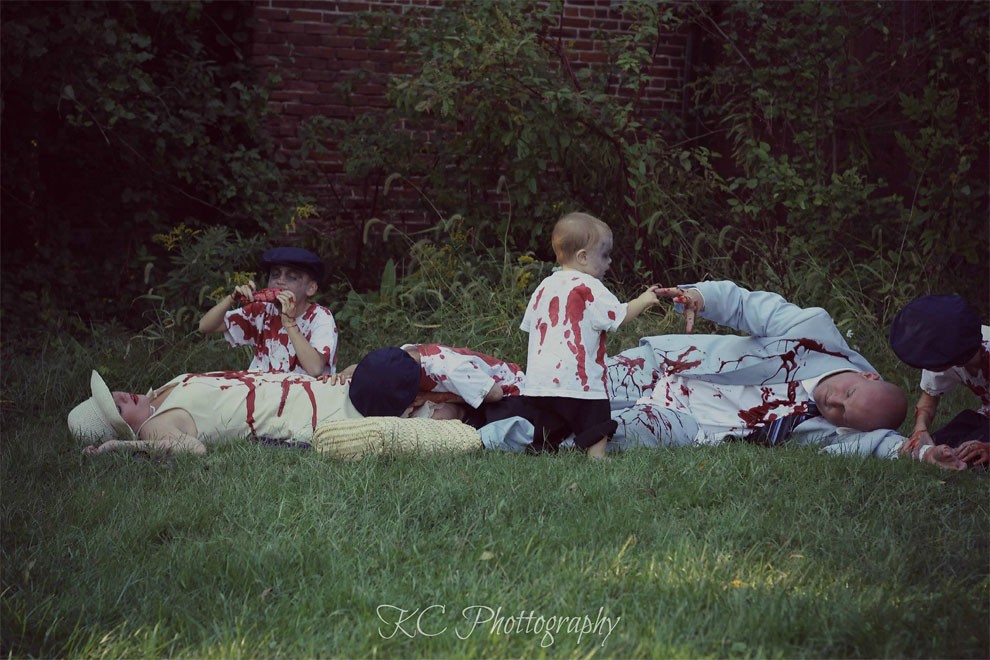 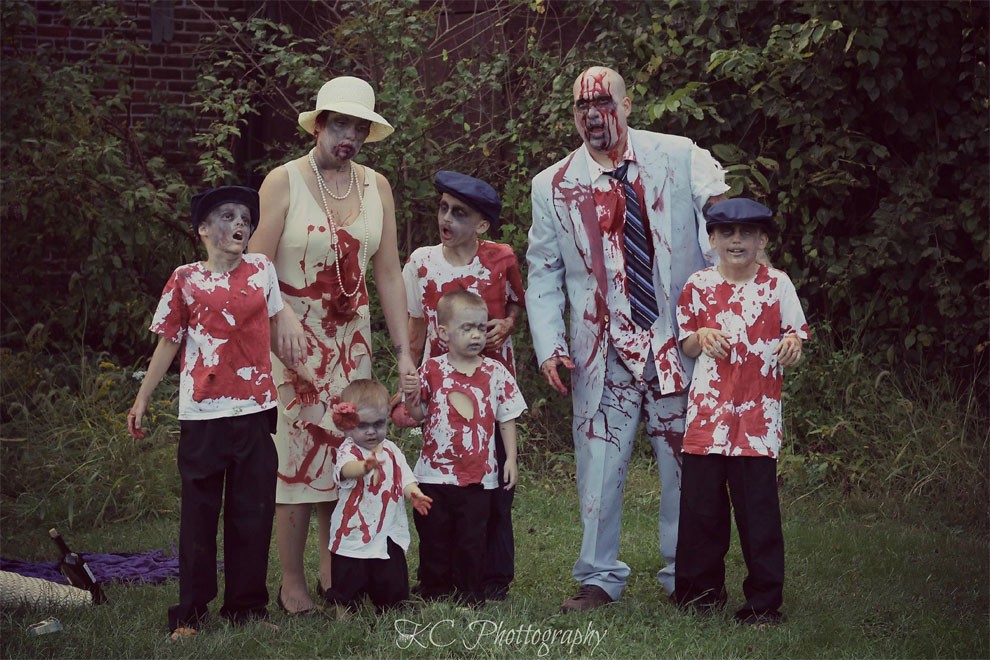 Dad Transforms His Adorable 4-Month-Old Son Into A Real-Life Elf On The Shelf
Amazing Rare Photographs of The Romanovs’ Final Ball In Color, St Petersburg, Russia 1903
The Crazy Hair of Mexican Cholombiano Subculture in Photographs by Stefan Ruiz
Art of Science 2011 Gallery
This Russian Woman Travels The World In Flowy Dresses To Take Self-Portraits In The Most Beautiful Places
Gorgeous Color Photographs Of Frida Kahlo Taken By Nickolas Muray
25 Of The World’s Best Drone Photos Of 2018
Russian Photographer Xenie Zasetskaya Captures Very Exceptional Photo Portraits
Inside Ciccolella, Italy's Leading Producer of Cut Flowers
#HerWhite: Gorgeous Black And White Beauty Photography By Dmitry Bocharov
Photographer Took A Pictures Of Colorful Bus Stops Across Belarus
Cyberpunk Neon Fantasy: Moscow’s Outskirts As You’ve Never Seen Them Before
The Majesty Of The Animal Kingdom in Amazing Photographs by Simen Johan
Madagascar's Monster
Dramatic Underwater Portraits That Are Reflective Of Overcoming Troubles In Artist's Life
25 Year Old British Man Dresses As A 19th Century Regency Gentleman In Bespoke Clothing He Designs
1980s Teenagers And Their Bedroom Walls
Amazing Vintage Photographs of Linemen on Utility Poles at the Turn of 20th Century
Italian Photographer Started To Take Photos Of Models Remotely With A Webcam During The Quarantine
Finally, The 2022 Chicken Daddies Calendar Is Here!
This Is Truly Heavenly Weather As Pictures Taken From An Airplane Cockpit Reveal What Pilots See From Above
Photographer Anna Radchenko Explores A Reverse Side Of A Mother’s Love
The Showy And Coloured Selfies Of Véronique Duplain
Striking Black And White Portraits Of Celebrities At The Golden Globes 2017
family, portraits, render, style, zombie