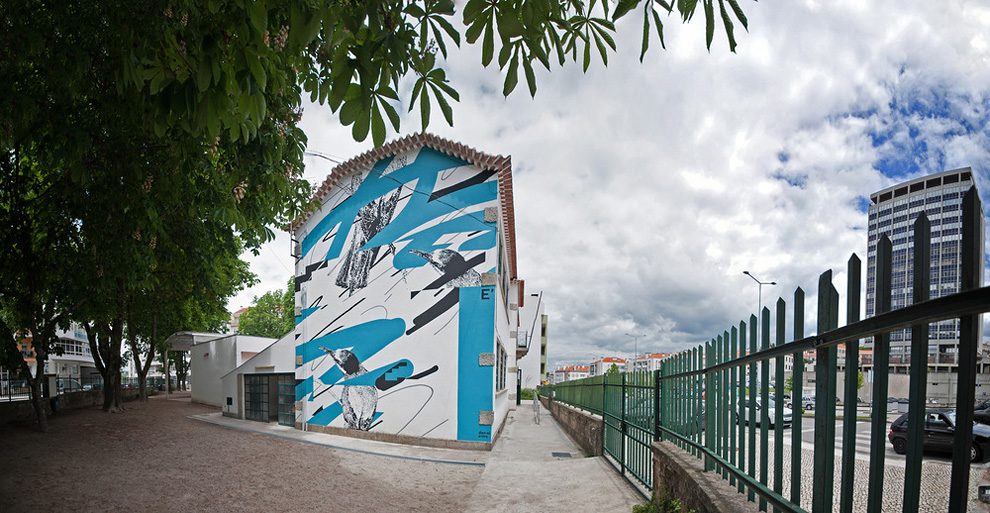 Daniel Eime is Portuguese artist whose stencil artworks always try to escape the general technique with static painting and spray texture. Black and white faces are the central bases that he uses until today, always with paint brush. With the street as their best space to paint, he already integrated work into various initiatives such as spaces decorations, promotional events, solo and group exhibitions, urban interventions, street art festivals and publications in magazines and books. 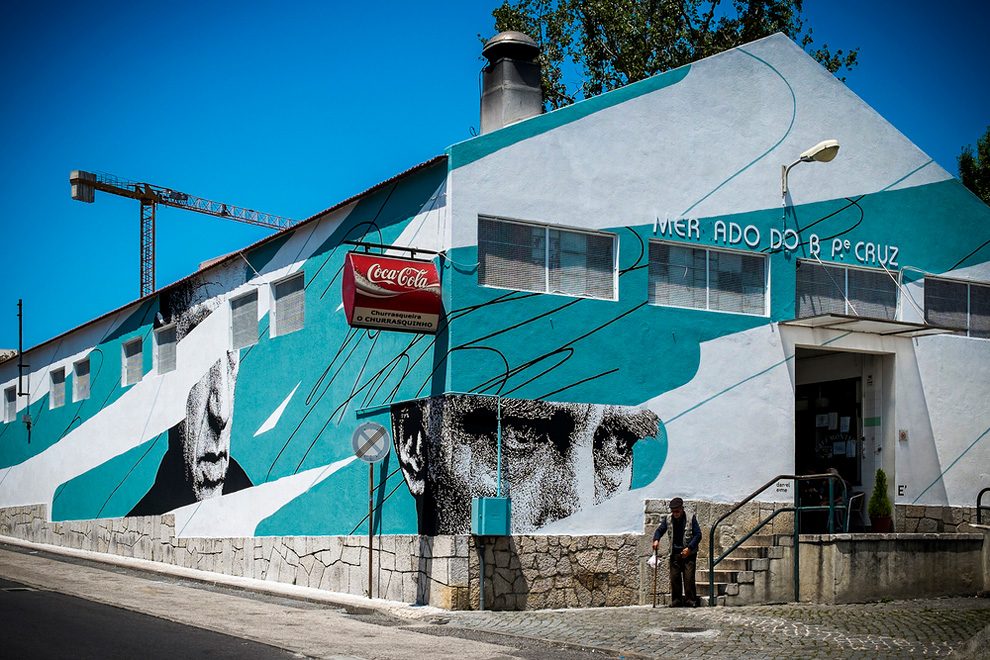 Daniel started to paint on the streets with only 16 years old but the passion for art, especially for drawing, came much earlier. Graffiti was his first step but after two years he began to experiment new ways of street art, such as stickers, posters and finally stencil. This last technique caught his curiosity. Since 2008 he began focusing on stencil art and until now every new work is a new opportunity to explore more this technique. In his work he combines stencil, dripping and some realism to depict works showcasing strange characters, whose gaze is often enigmatic. 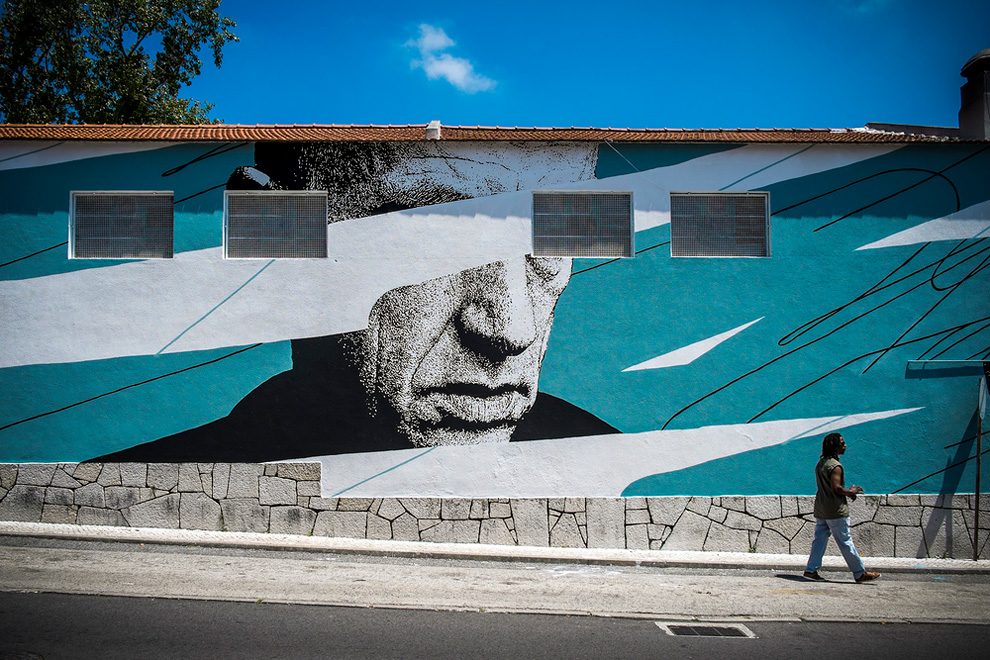 Eime builds different hues and shades that compose these many portraits, appealing to a more manual art, in which sprays aren’t the only ones dominating. 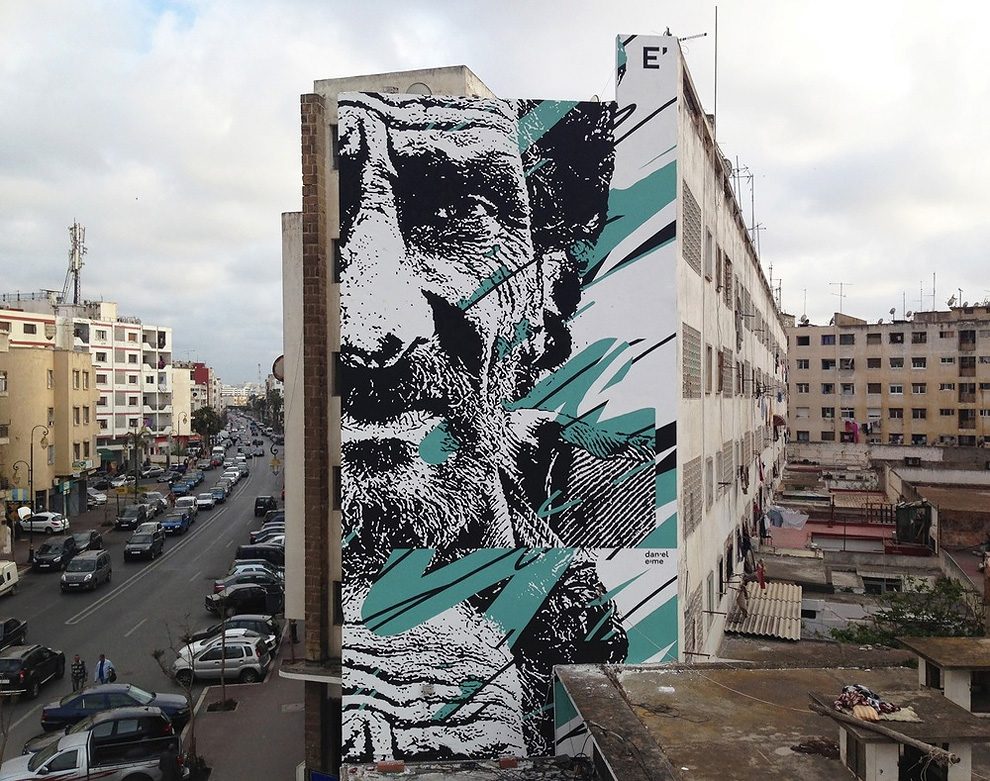 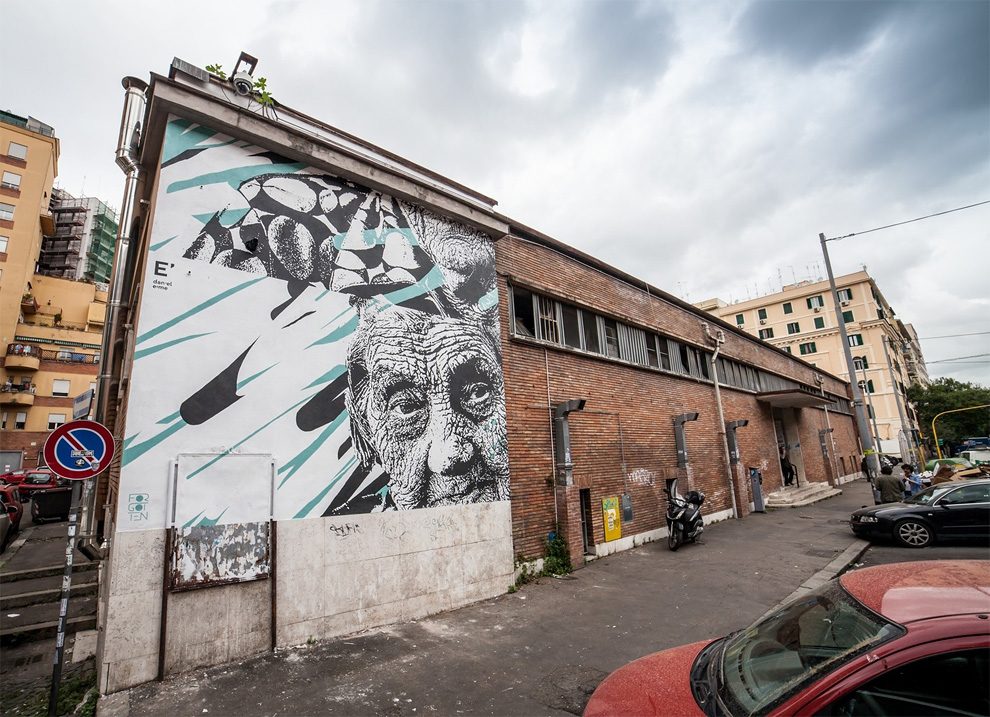 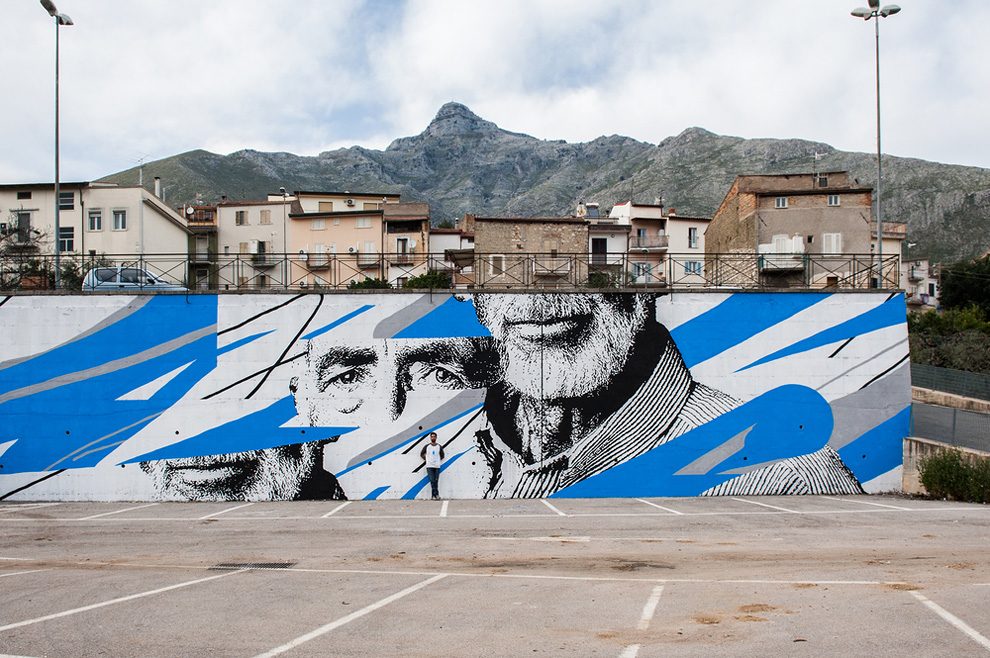 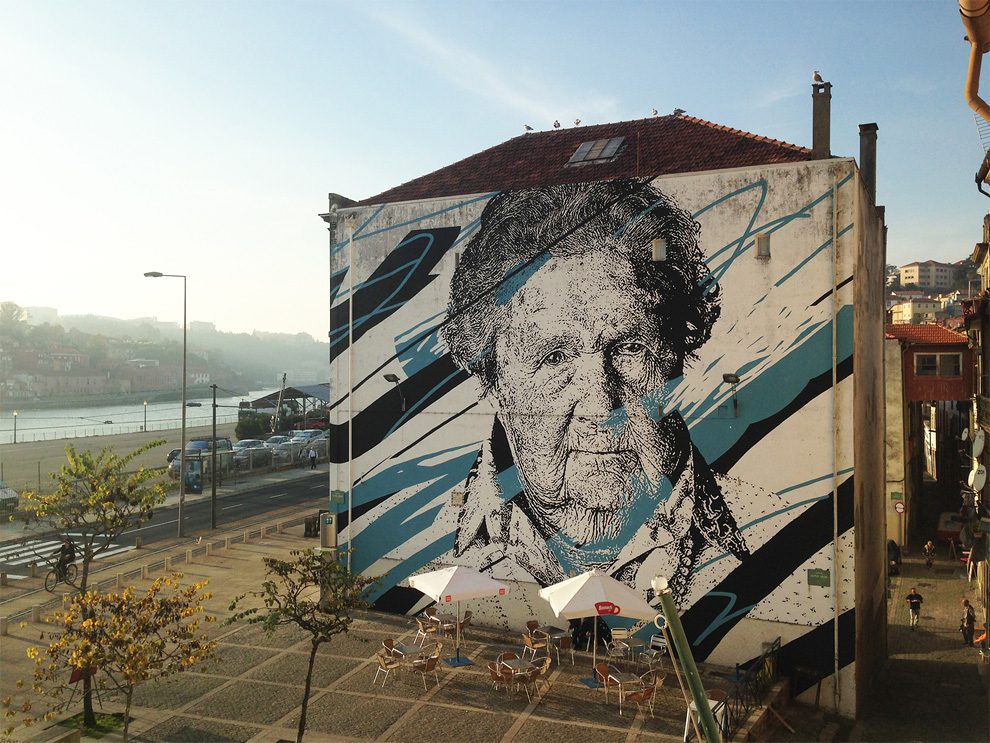 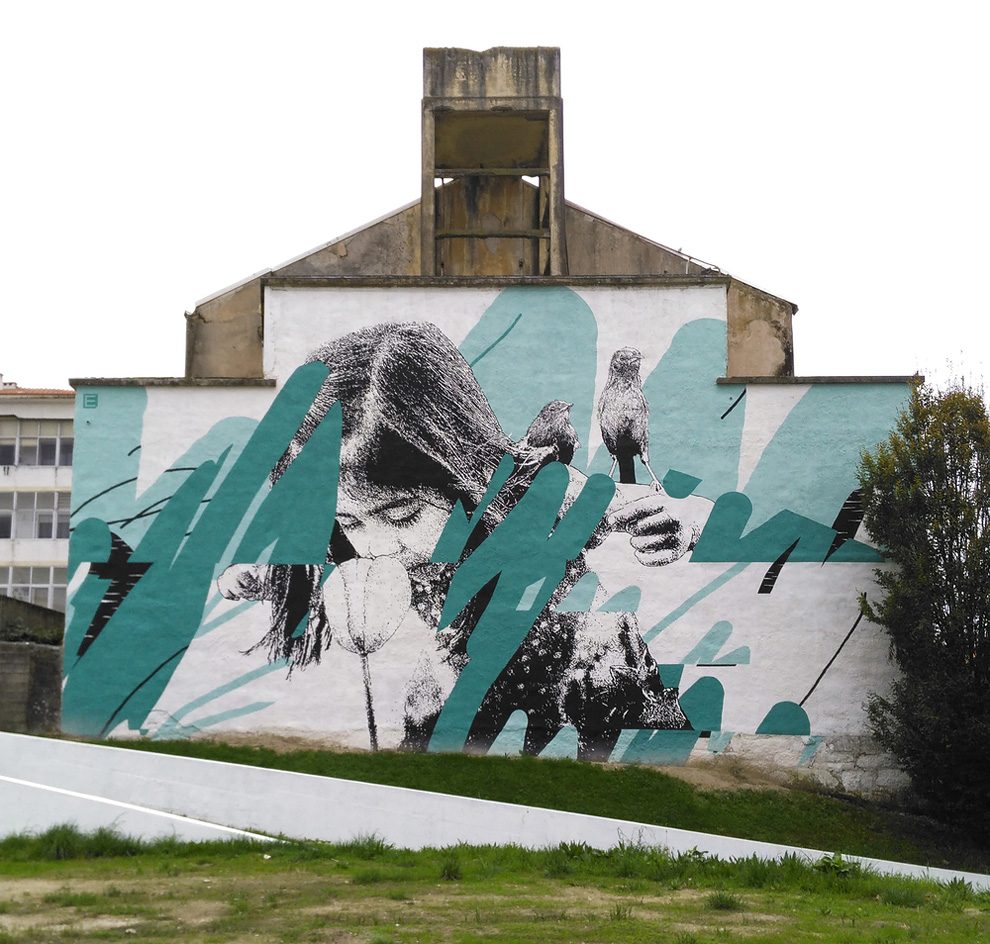 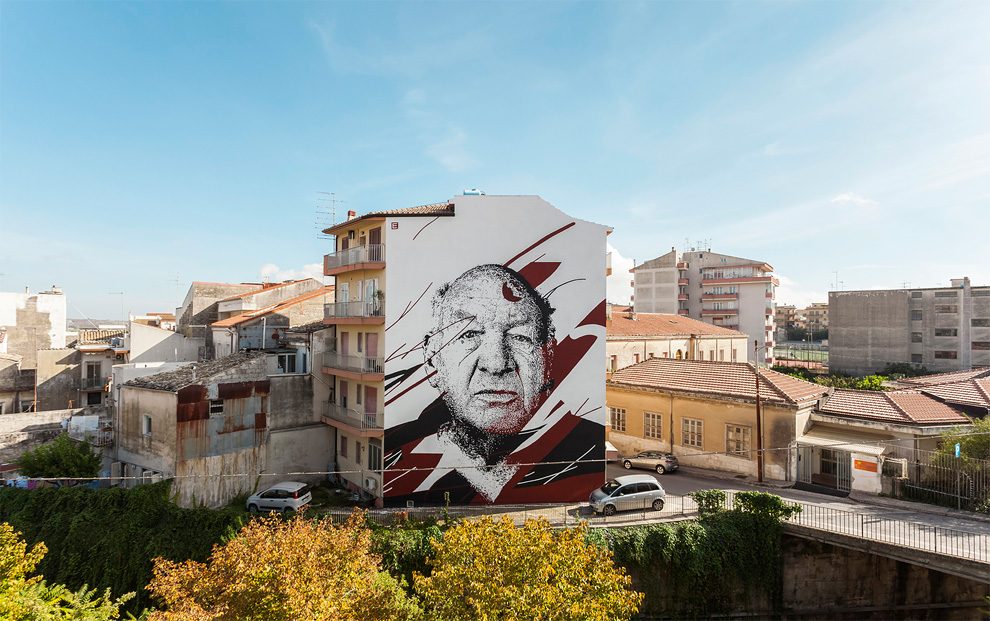 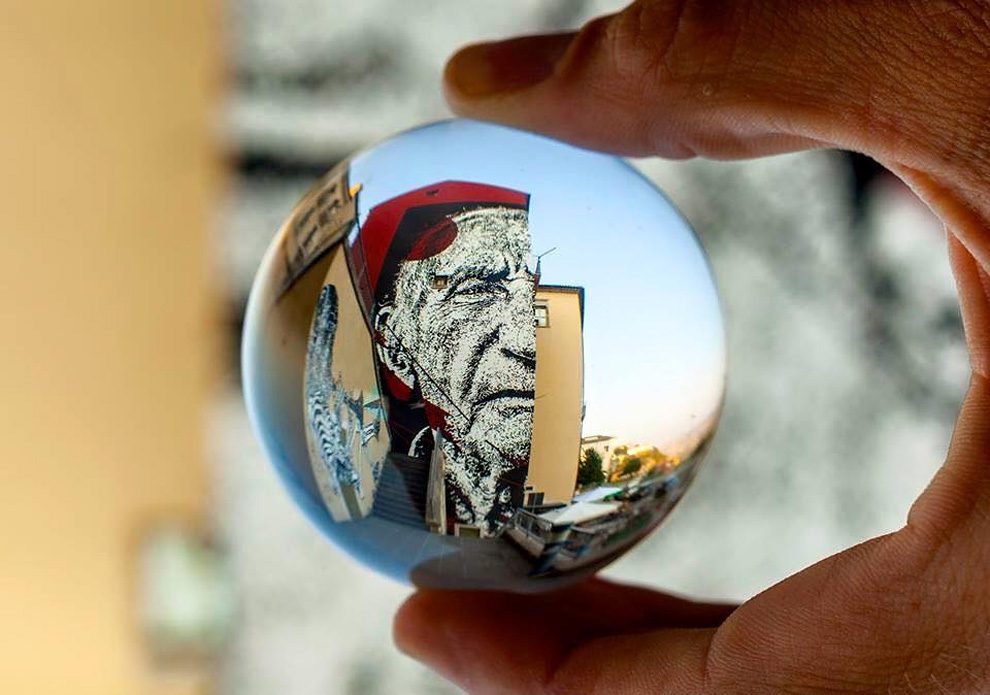 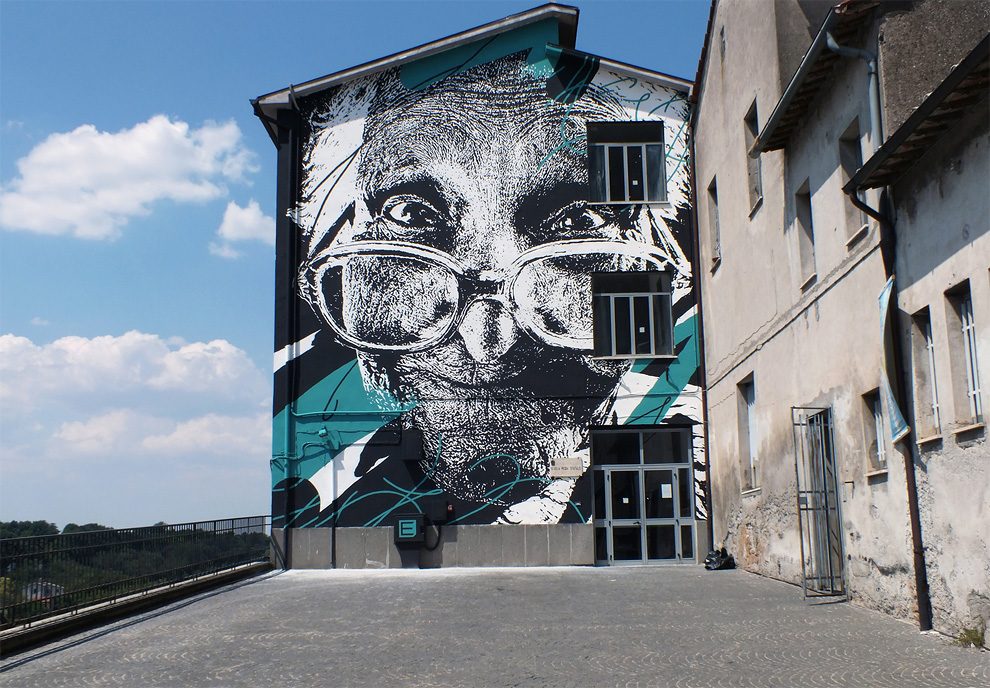 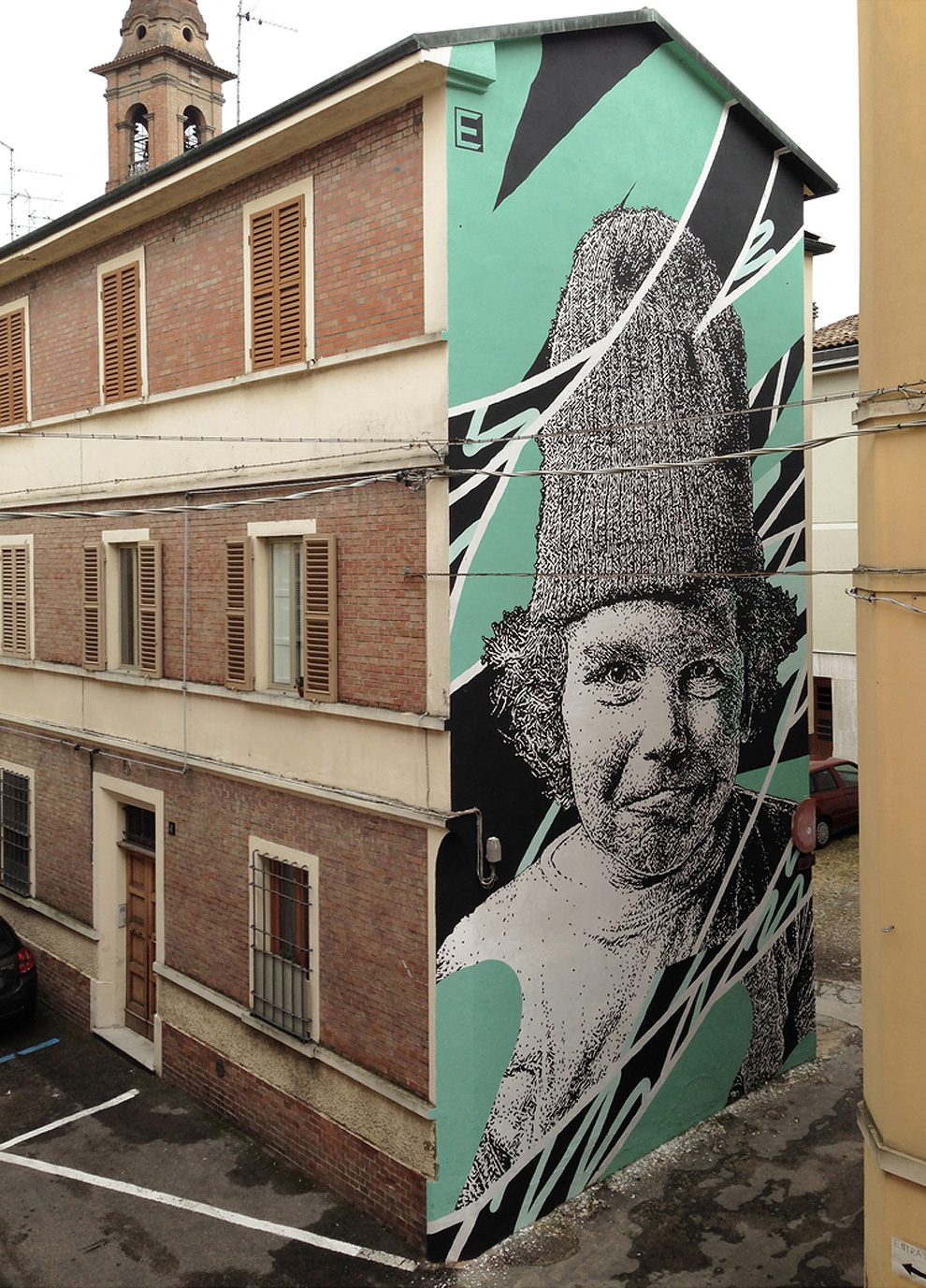 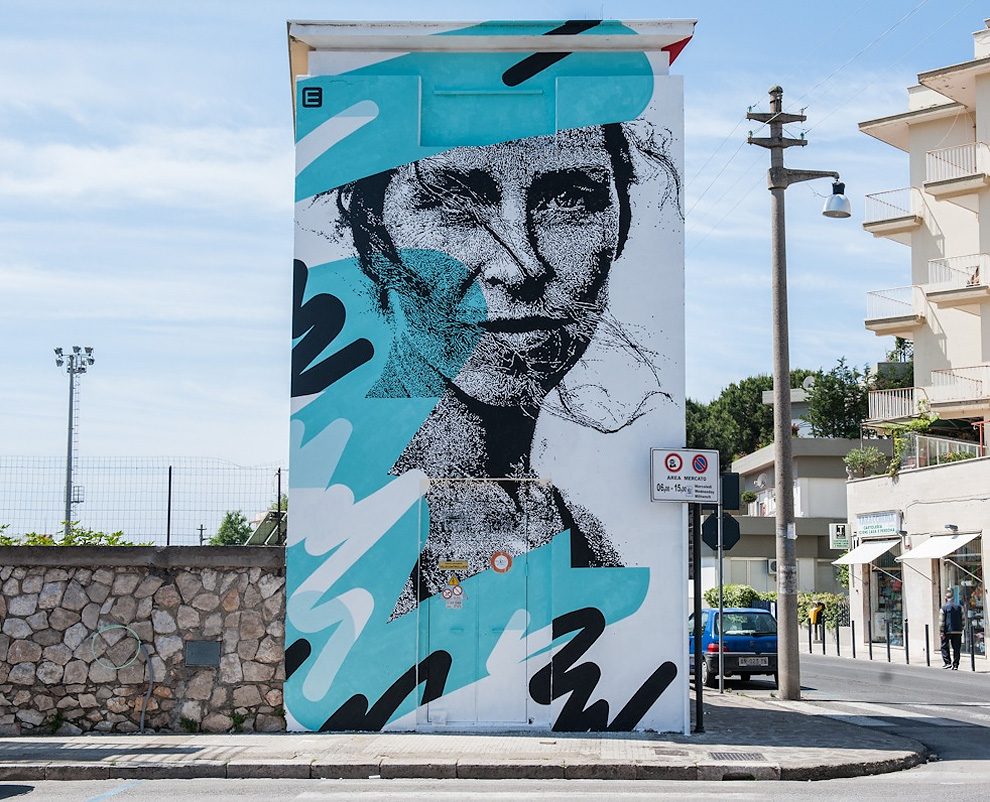 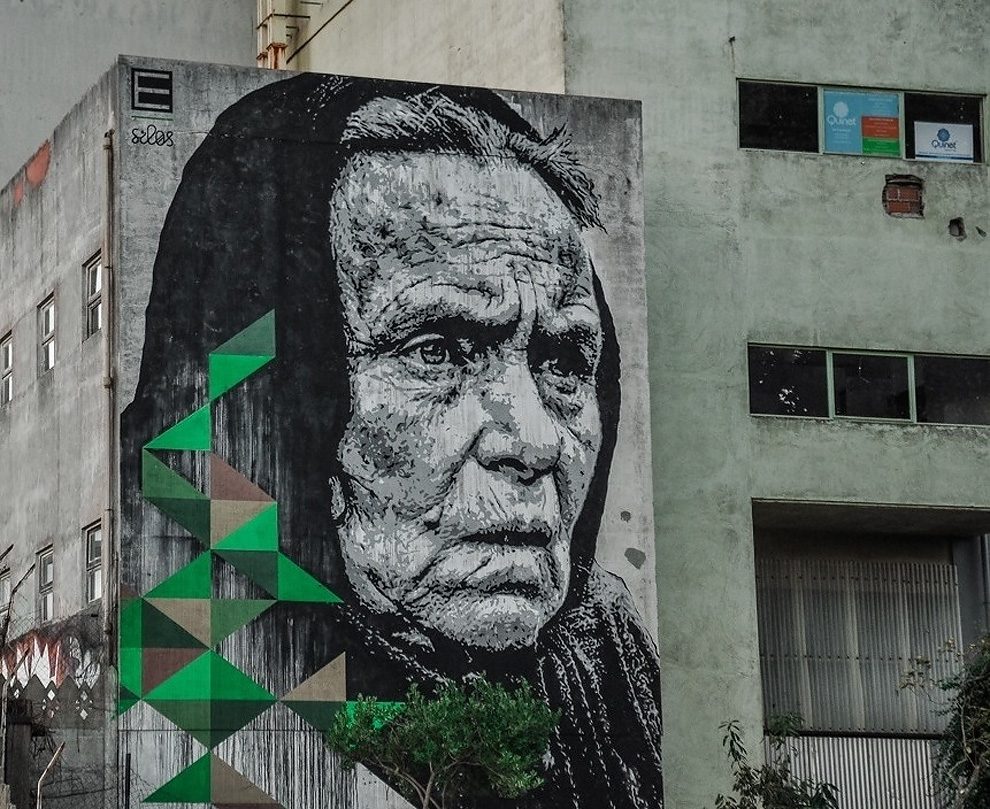 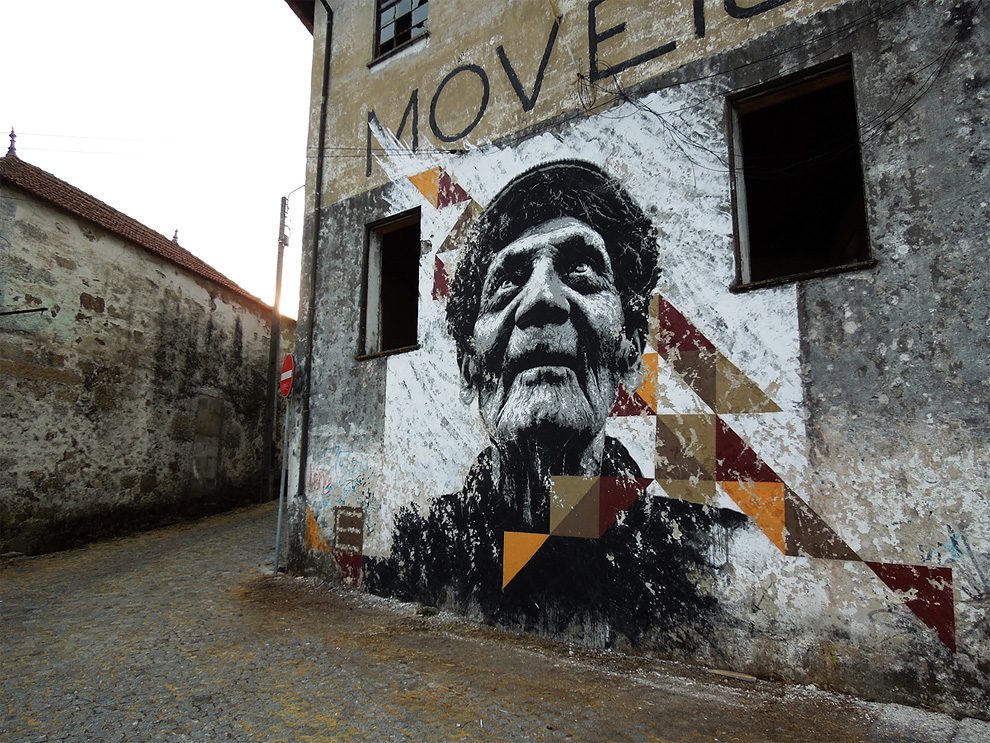