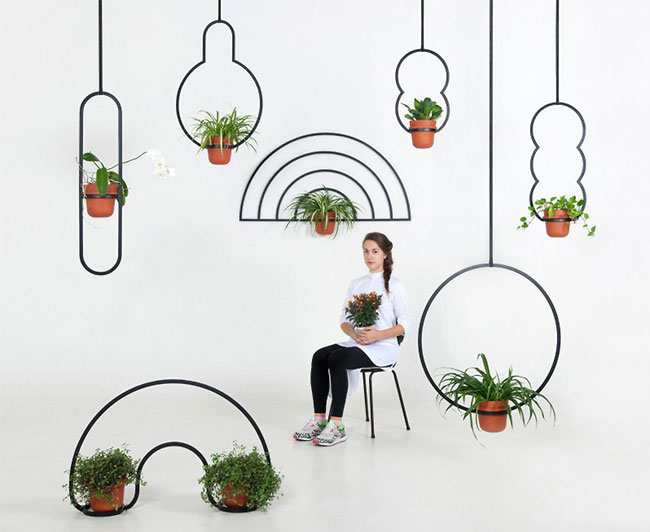 Designer Katerina Kopytina, has designed a collection of hanging pots, she has named the Kuiper Belt. 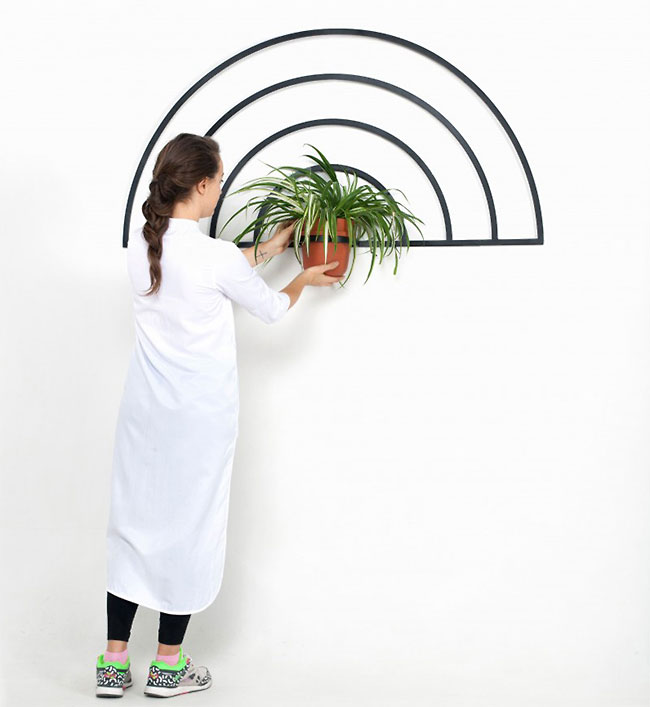 Katerina mentions, “The Kuiper Belt is part of our Solar System, and is located beyond the orbit of Neptune. It was due to the discovery of the Kuiper Belt that Pluto lost its status as a planet.” 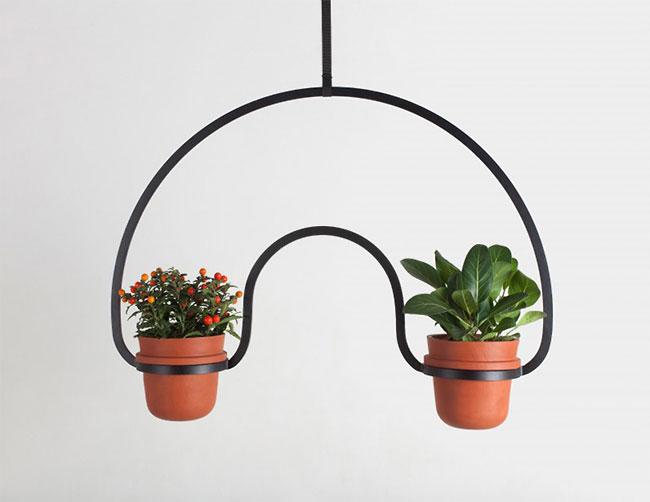 “Since its discovery in 1992, the number of known Kuiper belt objects has increased to over a thousand, with more than 100,000 others thought to exist. There is a high probability that there is at least one more giant planet waiting to be discovered, however, we will never be able to see it, as the sunlight does not reach it.” says Katerina. 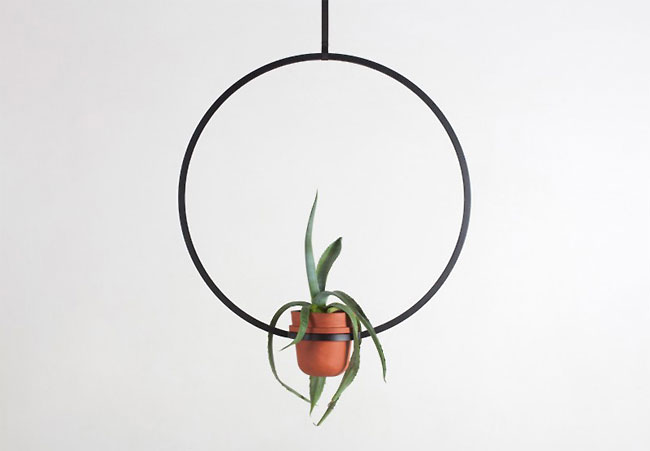 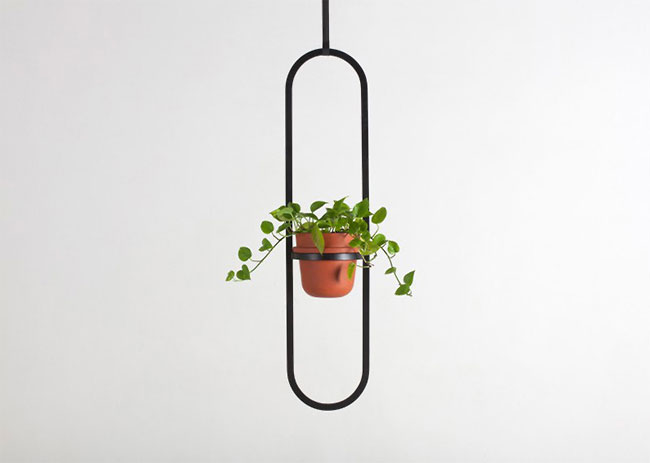 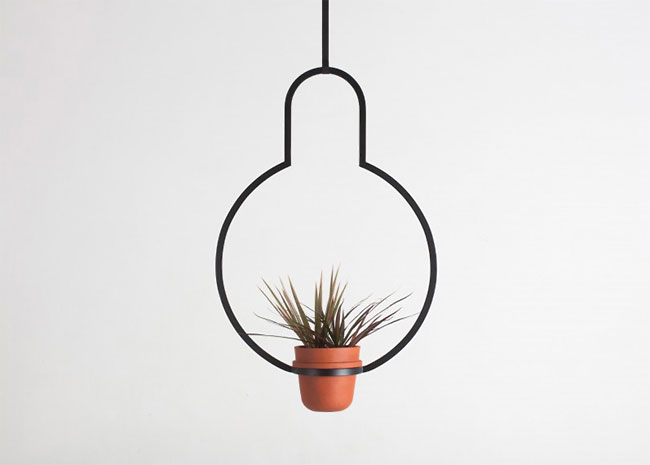 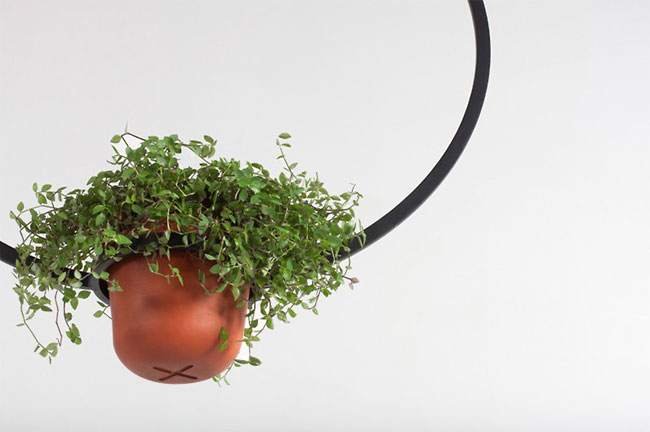 Incredible Sculptures Made Out Of Folded Paper Inspired By The 3D Characters Created In Video Games
Bride-To-Be Invents IKEA Bag Hack To Pee Worry Free On Her Wedding Day
This Girl Spent 1000 Hours Working On This Incredibly Detailed Anubis Costume That Looks Like It Was Made With CGI
15 Astonishing Sculptures That Turn Reality Inside Out
Hyper Realistic Cakes By Former NASA Engineer
How Cool Are These Beer Cans That Show The Pantone Color Of The Brew Inside?
Paul Cocksedge’s Time Loop Represents the Transformation of The Hong Kong Neighborhood
This Bakery Artists Make Works of Art that Just So Happen to be Cakes
Tokyo Lights Up At Night In New Glow-In-The-Dark Furoshiki Scarf
These Craftsmen Are Making Stunning Furniture And Art Objects Out Of Parts Of The Soviet And Russian Airplanes And Helicopters
Artist Jan Vormann Invites Playful Interaction By Patching Crumbling Walls With LEGO Bricks
Japanese Artist Azuma Makoto Will Make You Rethink Flowers
These Men’s Fashion Ads From The 1970s That Will Leave You Speechless
A Girl Collects Porcupine's Shed Quills And Makes Different Things Out Of Them
SFX Artist’s Gruesome NSFW Makeup That’s Distressing Yet Satisfying, All At Once
The Catshmallows - Japan's Felissimo Are Selling Marshmallows That Look Like Cats
This Foldable Wall Desk Is Ideal For Small Spaces
Beautiful Paper Beetle Sculptures To Assemble By Yourself
World's First Origami Car Unveiled
Stunning Photos From The Sixth Haworth Steampunk Annual Weekend
Everyone Needs A Niffler Necklace
DIY Steampunk Trailer Fit For Travelling The World In 80 Days
These Japanese Umbrellas Reveal Hidden Patterns When Wet
France's Grevin Wax Museum Opens In Seoul
Winter Is Coming, So Please Enjoy This Insane 1980s Book Of Knitted Sweaters
Confectioner Makes Creepy Desserts, And It Will Take Courage To Cut Into Them
This Guy Took Apart A Drum Set And Turned It Into Something Awesome
These Artists Makes Belgian Lake Mysteriously Glow
This Baby Yoda Plush Was Created By A Russian Artist And Is Being Sold For $220
Soviet Fashion: Style Pages From 1980s U.S.S.R.
astronomy, designed, inspired, katerina, kopytina, planter