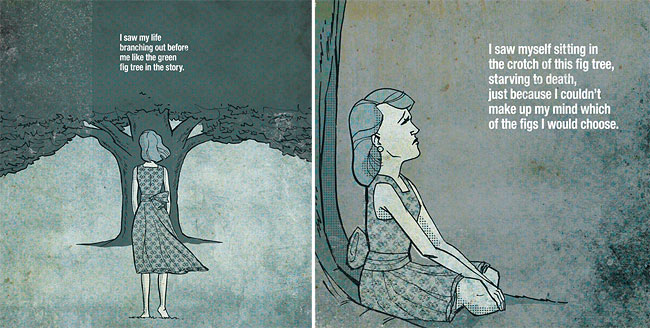 Sylvia Plath (1932-1963) was an American poet and author. Showing a talent for poetry at a young age (she had a poem published when she was 8), Plath earned a scholarship to Smith College, where she wrote hundreds of poems and had her work published in national magazines.

Plath’s style of poetry was known as ‘confessional’, with her poems being deeply autobiographical and honest. They also contained what were taboo subjects at the time, such as mental illness and suicide.

The quote used in the comic is a famous passage from Plath’s novel The Bell Jar, which is a semi-autobiographical account of Plath’s period of depression in her early 20s, her subsequent suicide attempt and stay in a psychiatric hospital. Set in the 1950s, the main character Esther (based on Plath) uses the fig tree analogy to convey her frustration with the restrictions society have placed on women. She wants to be free to do all the exciting things men do, but thinks she must conform to what other people expect of her. Esther feels paralysed by her inability to act and spirals further into depression. 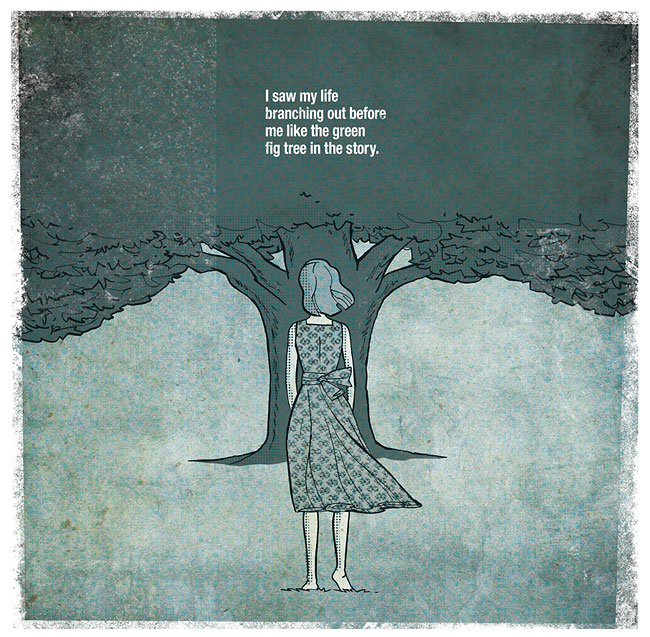 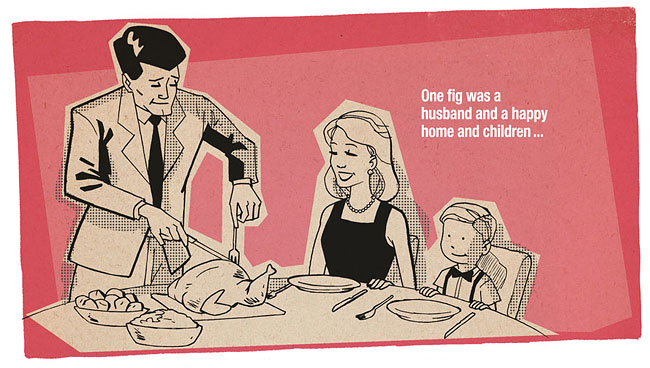 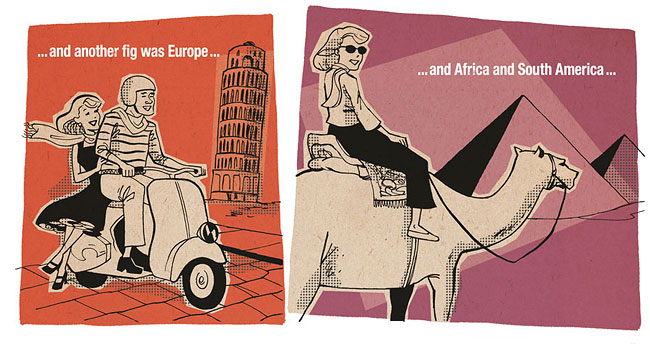 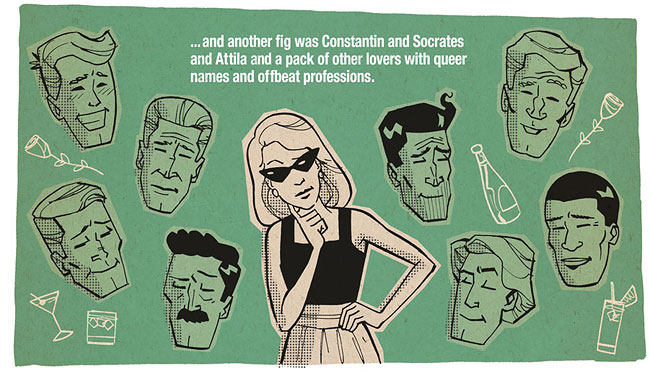 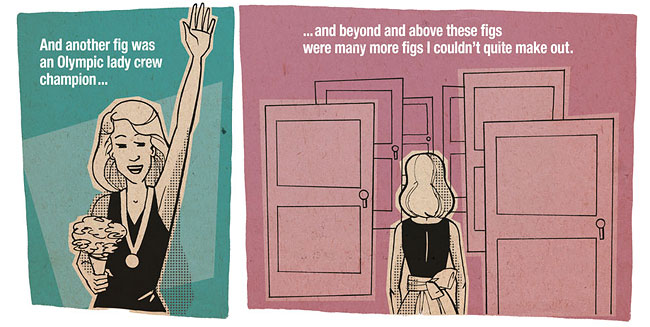 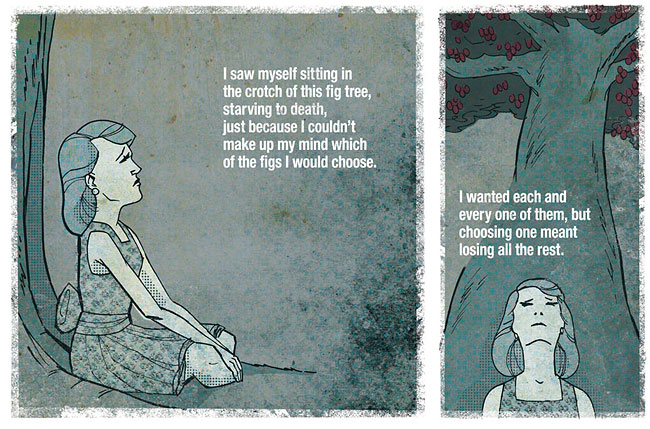 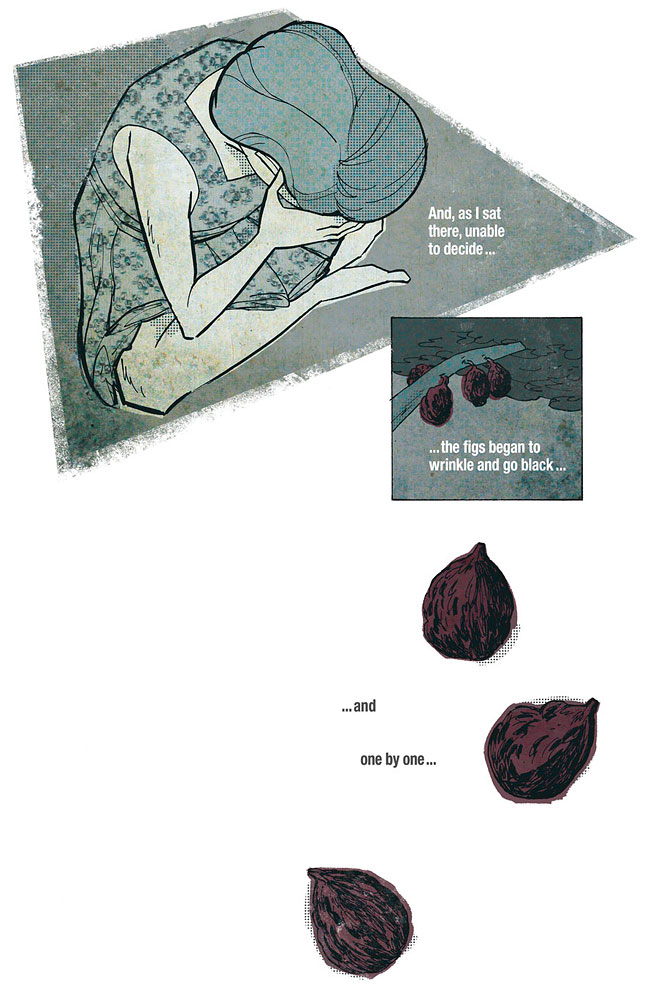 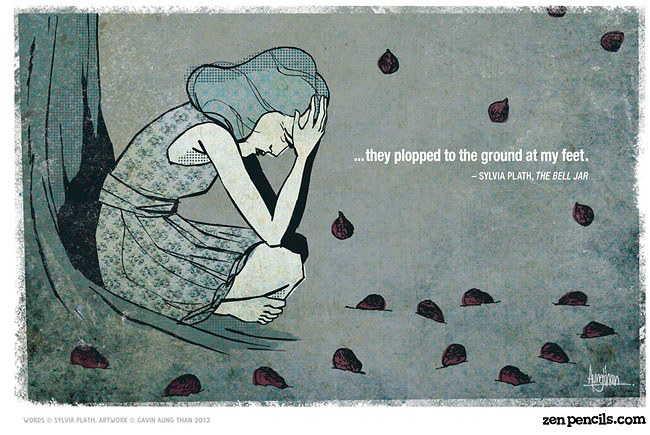