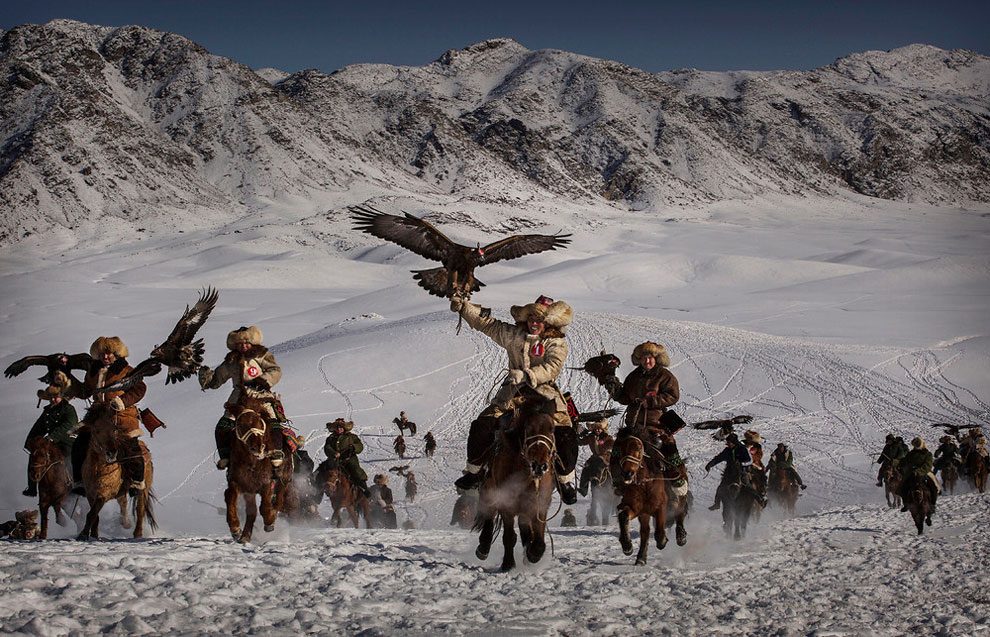 Professional environment category winner. Eagle Hunters of Western China, by Kevin Frayer, Canada. The training and handling of large birds of prey follows a strict set of ancient rules that Kazakh eagle hunters are preserving for future generations in the mountainous region of western China that borders Kazakhstan, Russia and Mongolia. (Photo by Kevin Frayer/Getty Images) 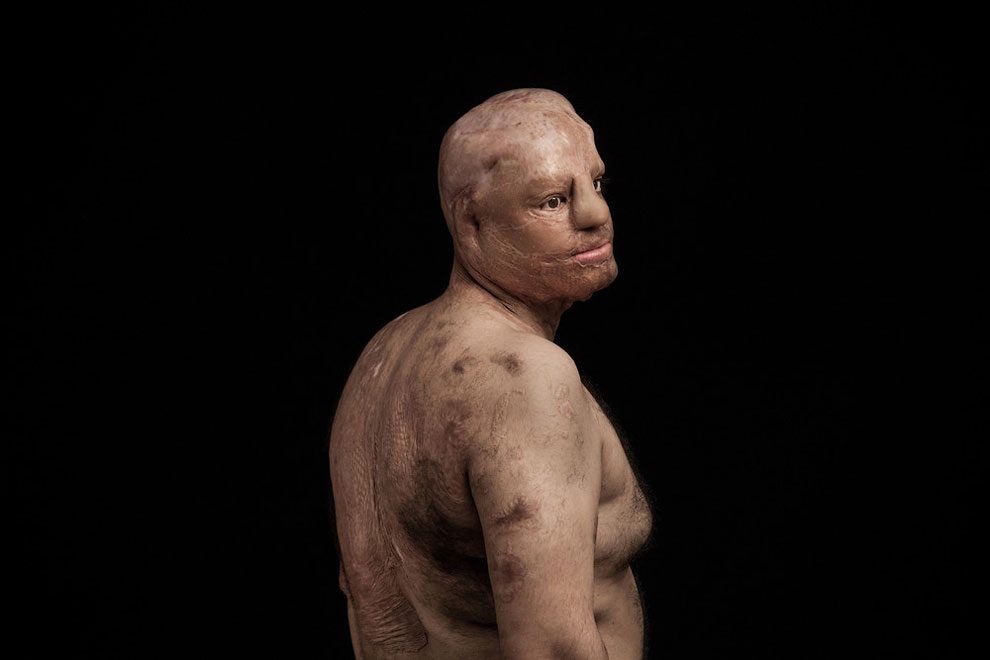 Professional contemporary issues category winner, and L’Iris d’Or photographer of the year. Fire of Hatred, by Asgar Khamseh, Iran. Mohsen Mortazavi is a 34-year-old resident of Tehran. On the first day of work in 2012, his co-worker welcomed him with three litres of sulphuric acid, and after that knifed him 16 times in revenge for making prank calls – although he wasn’t responsible. Mohsen lost his right eye, skin on his head, and right eardrum. He still requires further surgery. (Photo by Asghar Khamseh) 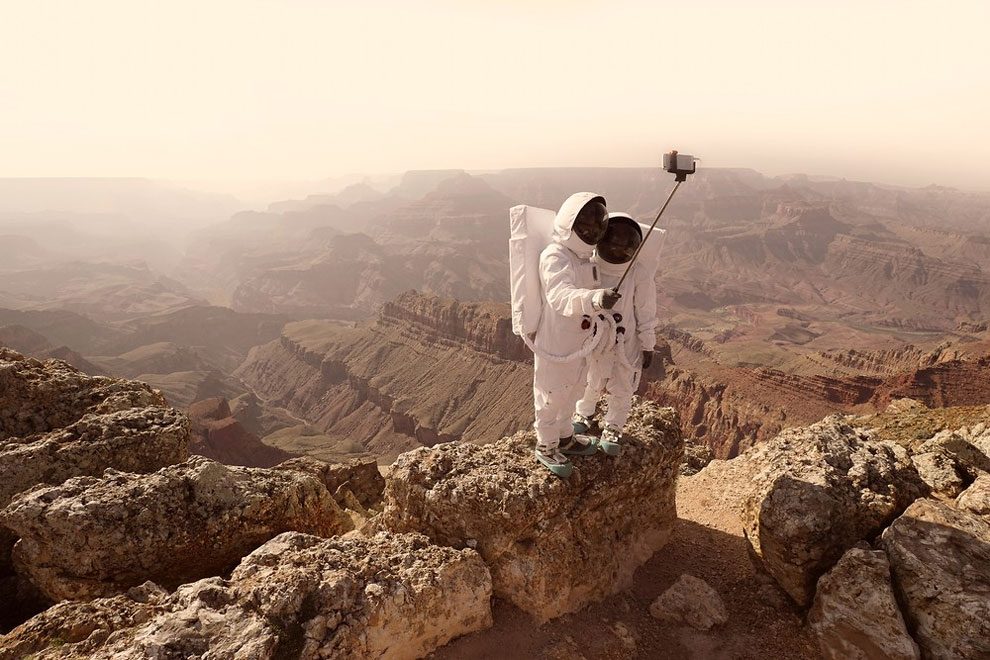 Professional conceptual category winner. Greetings from Mars, by Julien Mauve, France. Mauve says: “I have always wondered what it would be like to discover a totally different world … and to photograph it for the first time as if I was Ansel Adams. So I came up with this project, which is about space exploration and discovery. But it’s also about our behavior in front of landscapes and how we create pictures that will share our personal story with the world”. (Photo by Julien Mauve) 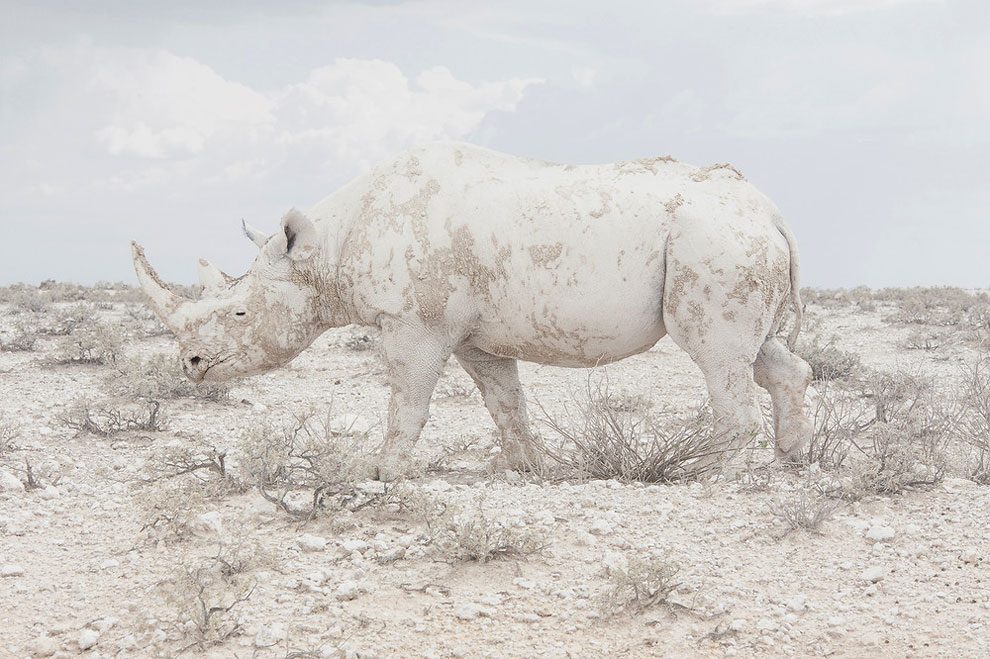 Professional landscape category winner. Rhino, from the series Land of Nothingness by Maroesjka Lavigne, Belgium. Namibia is one of the least densely populated places on earth, a barren, yet constantly changing desert landscape; here a rhino bleeds into ground and sky. (Photo by Maroesjka Lavigne) 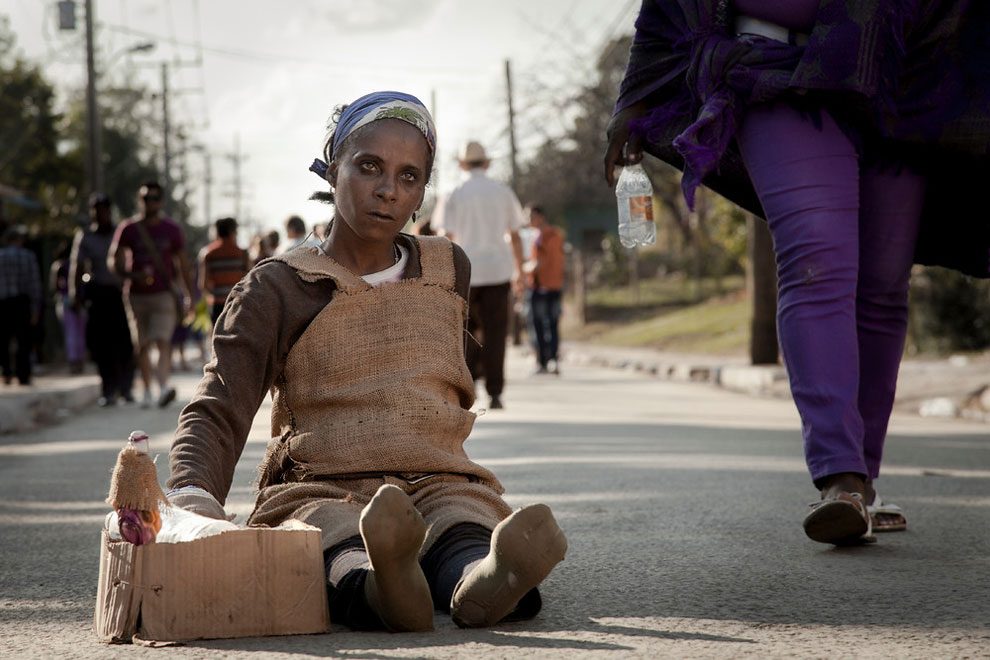 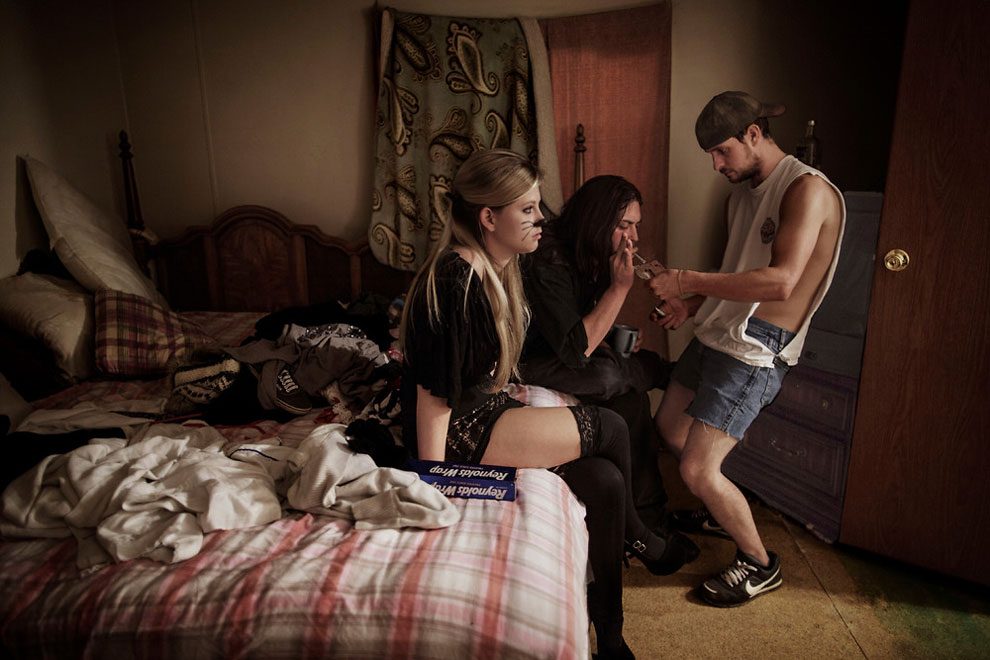 Professional daily life category winner. The Curse of Coal, by Espen Rasmussen, Norway. Chelse, 21, together with her boyfriend Eric and friend Alvin, in her mother’s trailer close to Beckley, West Virginia. They smoke OxyContin painkillers before going out for a party on Hallowe’en. West Virginia is pill state number one in the US, partly in the wake of the collapse of the coal industry. (Photo by Espen Rasmussen) 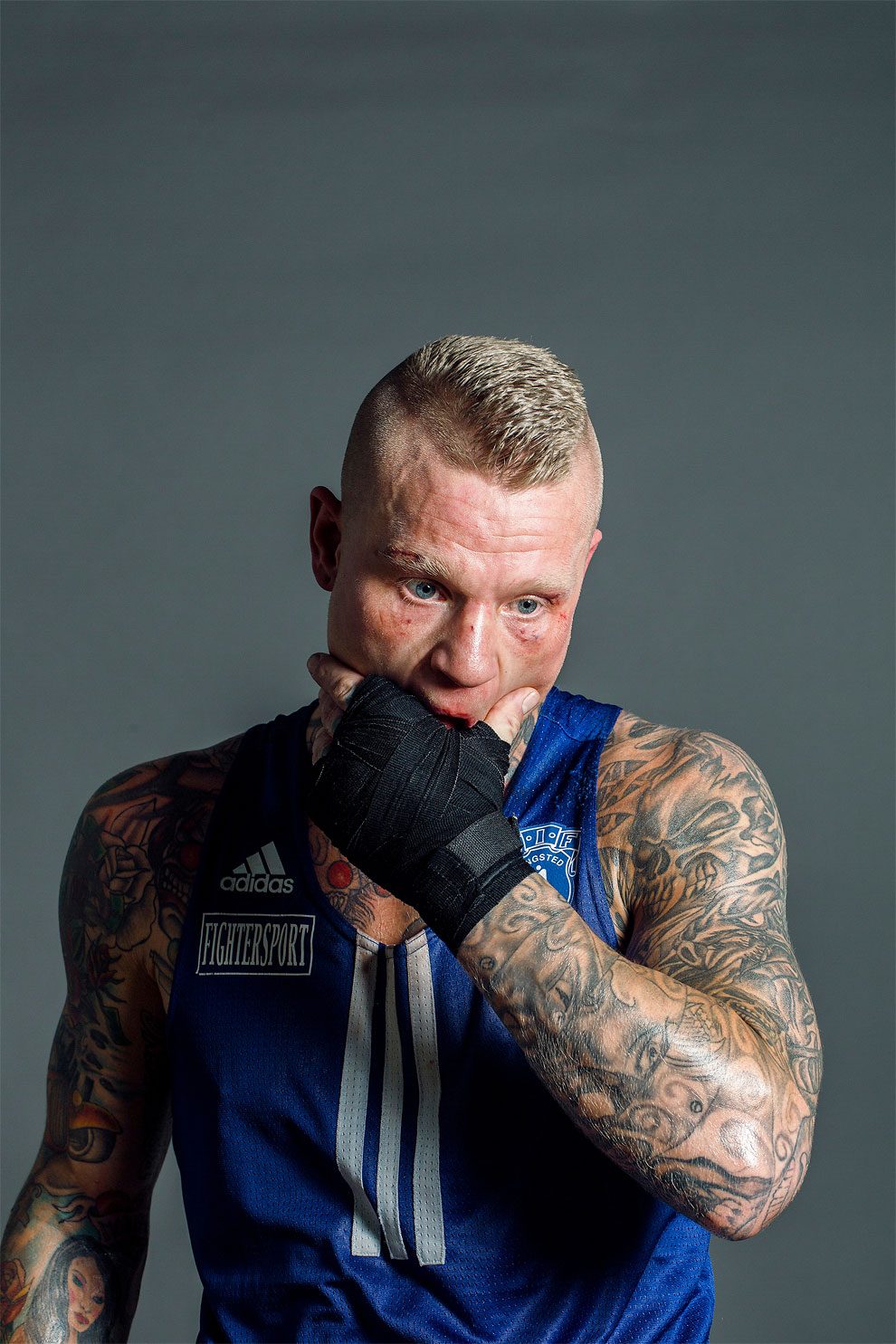 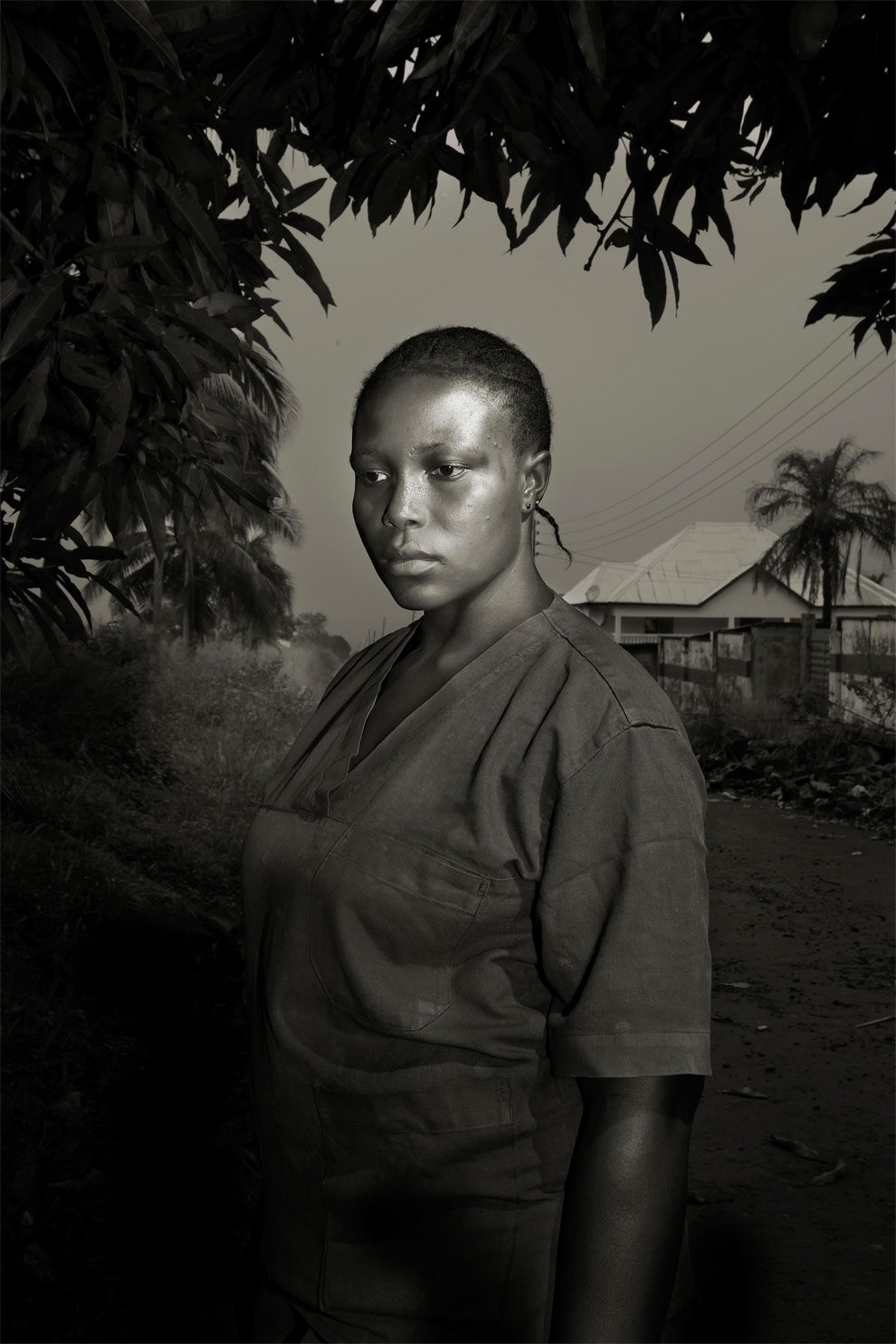 Professional portraiture category winner. Ebola Survivors, by Marcello Bonfanti, Italy. Monjama Moussa, 25, is a married mother of four children, from Goderich, Sierra Leone. After being treated for ebola by the Italian NGO Emergency, she returned home, but was refused by her family, who considered her healing as a sign of demon possession. She has lost her family and her job. She now works as cleaner at the emergency surgical hospital in Goderich. (Photo by Marcello Bonfanti) 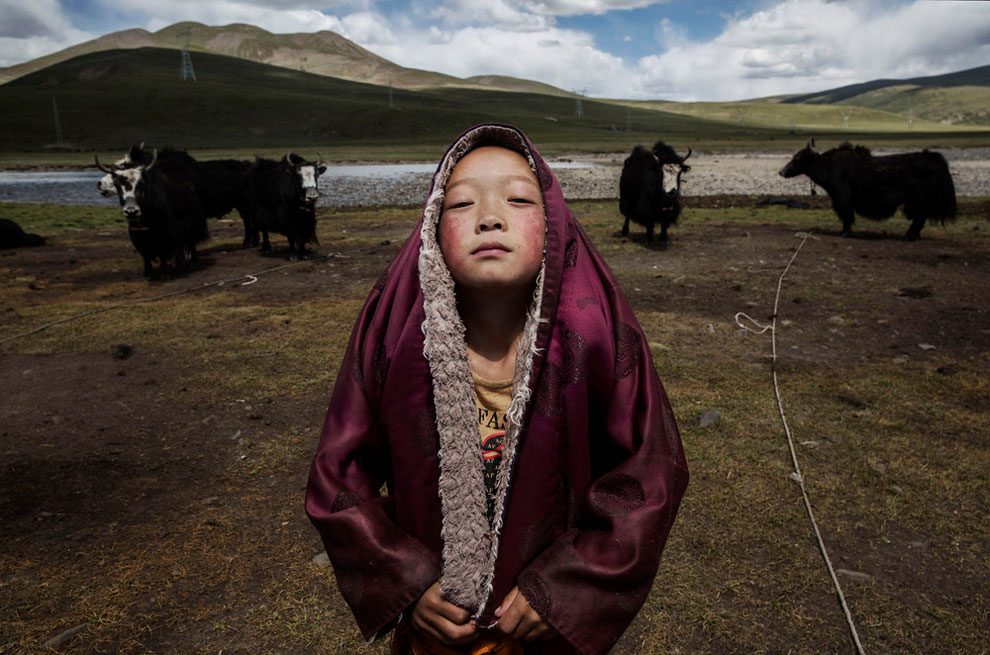 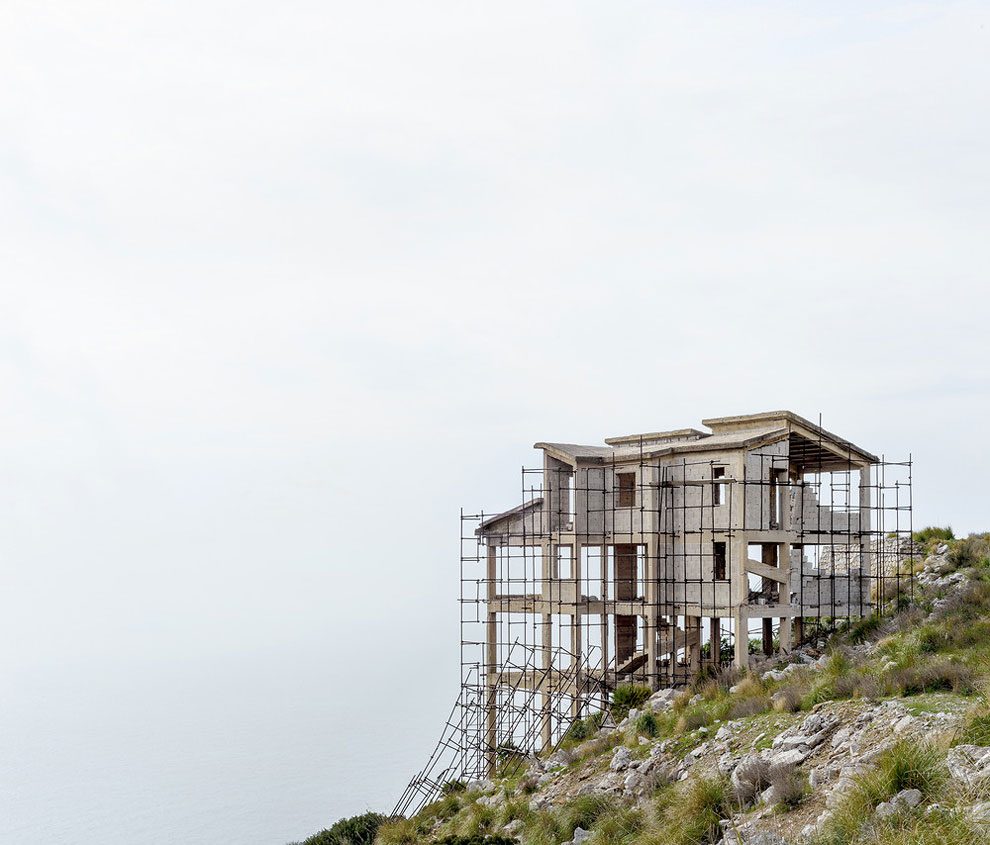 Professional architecture category winner. Empire of dust # 18, Palerme, Sicile, by Amélie Labourdette, France. Labourdette’s Empire of Dust series was taken in the south of Italy, where financial crises and embezzlement have left the countryside pockmarked with unfinished buildings. (Photo by Amelie Labourdette) 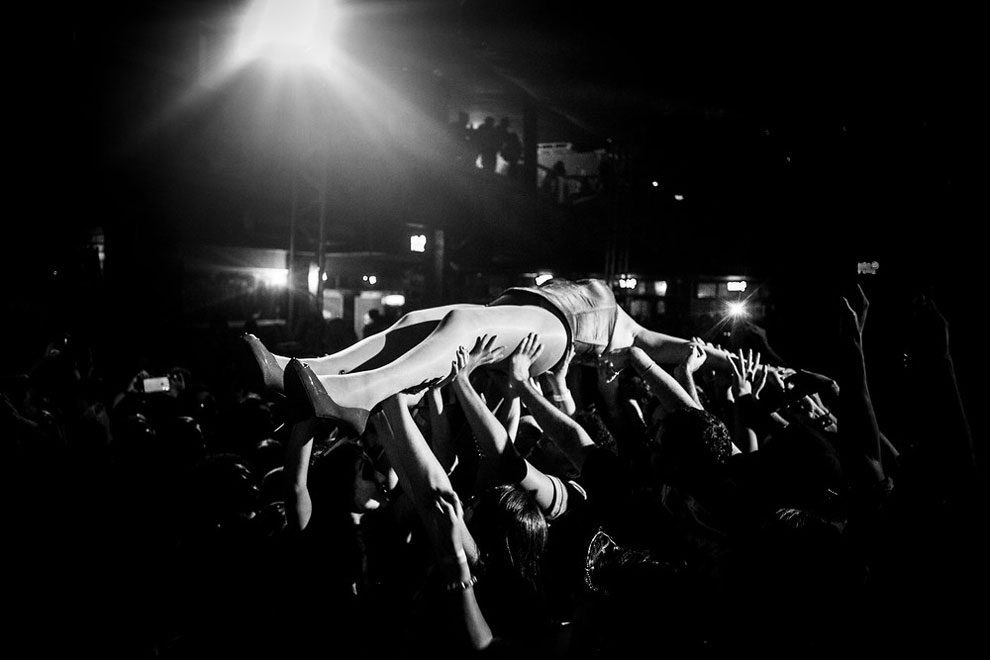 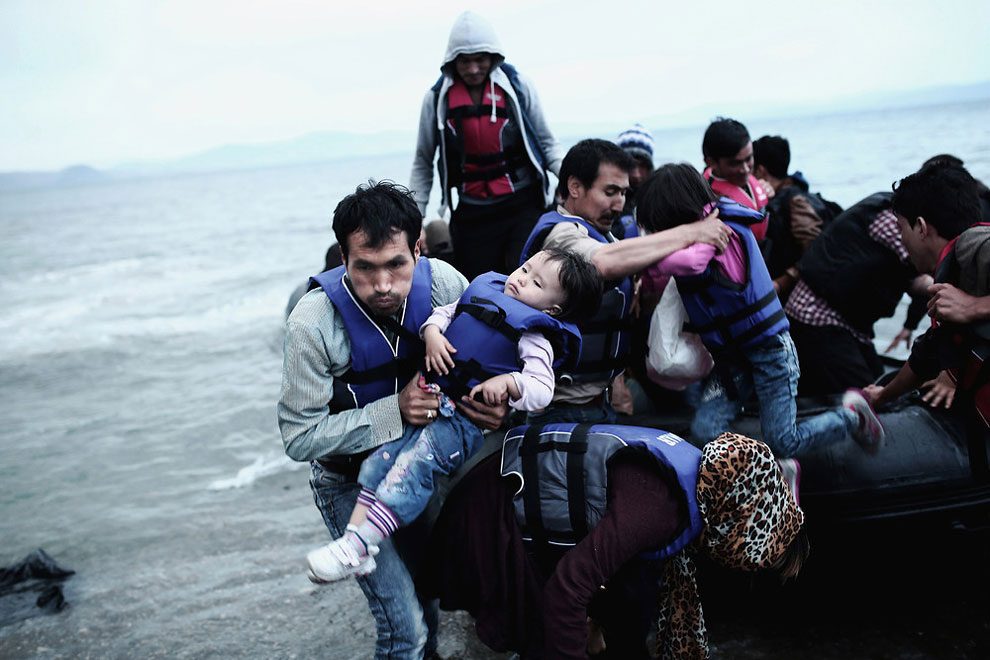 Professional current affairs category winner. In Search of the European Dream, by Angelos Tzortzinis, Greece. An Afghan refugee carries his child as he arrives on a beach on the Greek island of Kos, in May 2015, after crossing a part of the Aegean Sea between Turkey and Greece. (Photo by Angelos Tzortzinis/AFP Photo) 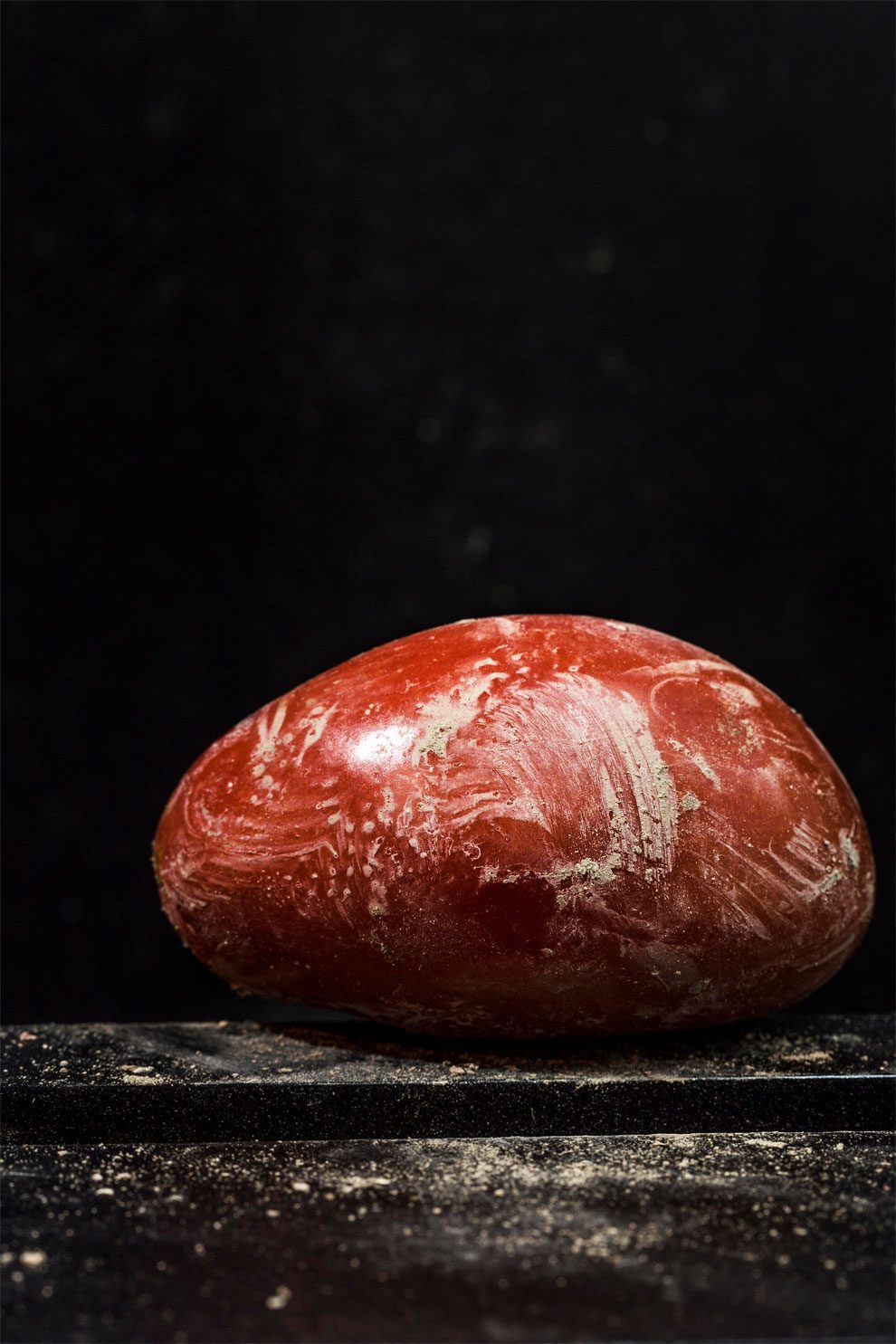 Professional still life category winner. Migrant Tomatoes, by Francesco Amorosino, Italy. Amorosino explains: “Tons of tomatoes are grown in the fields of the south of Italy and harvested by about 19,000 labourers, paid one or two euros for each filled box. In 2015 there were 13 deaths at work in the fields because of high temperatures. Many of those involved in the harvest are immigrants. On the tomatoes, still dirty with soil, I saw the fingerprints of those who had harvested, imagined their stories, the hours spent in the sun, the hope, the desire to work”. (Photo by Francesco Amorosino) 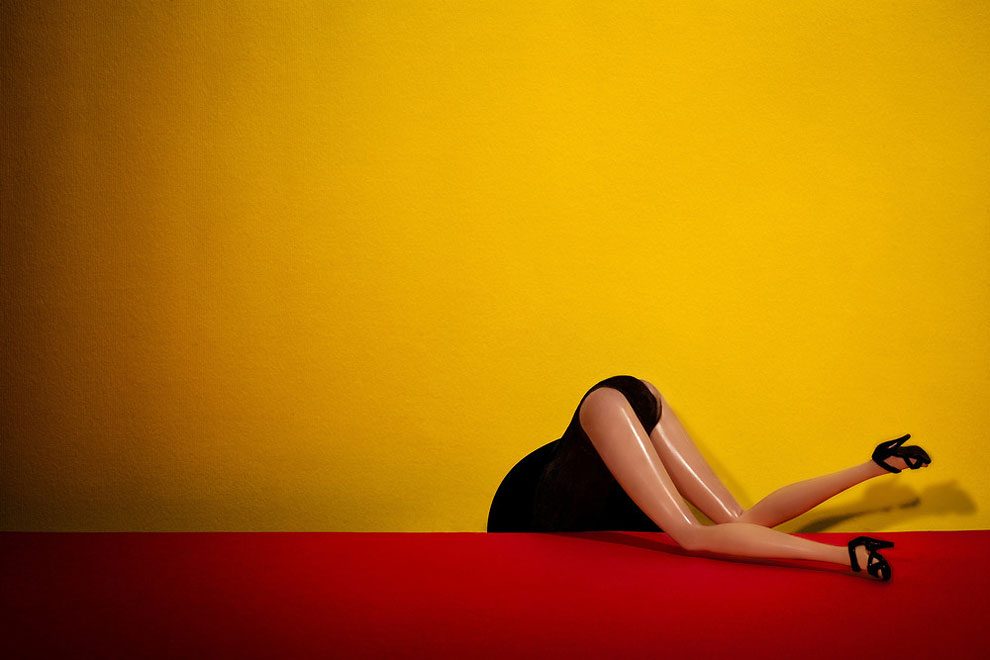 Photographer Pierre-Louis Ferrer Shows Viewers The Beauty Of France, Shooting The Country In Infrared
Photographer’s Stunning Shots of Gorgeous Mountain Temple Look Straight out Of an Anime
Romantic Photos of the ’60s Couples
Chewbacca Behind The Camera: Adorable Behind The Scenes Photos Of Peter Mayhew During The Making Of Star Wars
3D Technology Enters World of Fashion
The Ethereal Landscape Photography Of Daniel Kordan
Beautiful Sweden From Above: Stunning Drone Photography By Viggo Lundberg
UK Royal Society Publishing Photography Competition 2018 Winners
Photographer Immortalizes the Beauty of a Lions From Every Angle
Ohio Youth Of The 1970s – Lovely Photos Of Long-Haired Teenage Girls In Dayton From 1974-75
Lay's Summer Days Promotion Puts Your Fav Summer Photo An A Bag Of Chips
PetCam: The World Through The Lens Of Our Four-Legged Friends
Mammal Photographer Of The Year 2020 Contest Gives Top Prize To Urban Fox Photo
The Best Photographers Of 2021 FdB Wedding Photo Awards
Kissing On A Rainy Beach: Bruce Davidson’s Photographs Of 1960s Britain
68 Nostalgic Images Of The Greatest Pop Culture Legends In History Shared By Morrison Hotel Gallery
Stunning Time Slice Photography By Richard Silver
Stunning Color Photos Of Swinging London In The 60s
The Winners of the Luminar Bug Photography Awards 2020 Have Just Been Announced
Stunning Photos of Betty Davis and Her Bold, Funky Style in the Late 1960s and ’70s
Photographer Henry Do Captures Breathtaking Aerial Images Of The Circular Community In Denmark
Before Bikini: Cool Photos of Women in Swimsuits From the 1930s
These Dull Passport Photos Are Hiding Hilarious Secrets
The Winners of The Historic Photographer of The Year Awards 2021 Have Been Announced
awards, photography, winners, world