Standup comedian James Calabrese who’s also a super fan of “Star Wars” got his tax return on bills and savings accounts and knew better how to spend it. And what better way to do it than to make a glamour photo shoot with the original “Star Wars” cast. 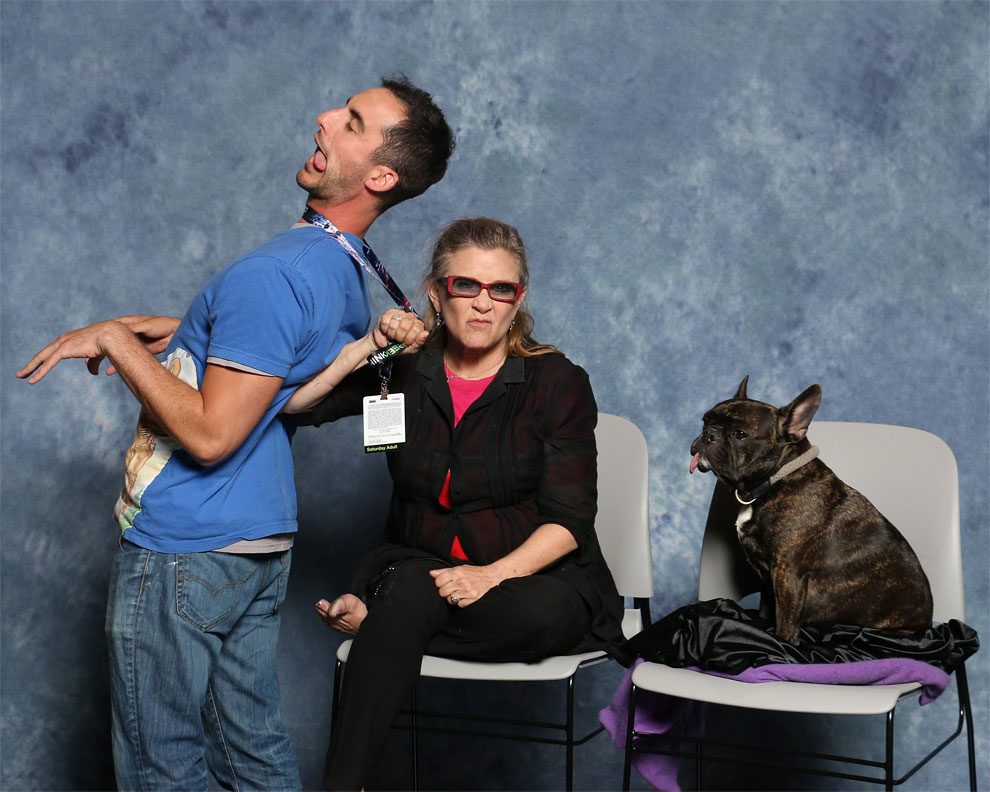 Here he is with Carrie Fisher (Princess Leia) reenacting the death of Jabba.

James said, “This was the photo I was most excited and nervous about. Phrasing was going to be key so as to avoid being tackled by security for asking her to ‘please choke me.’ Luckily Carrie is quite zany and down for whatever.” 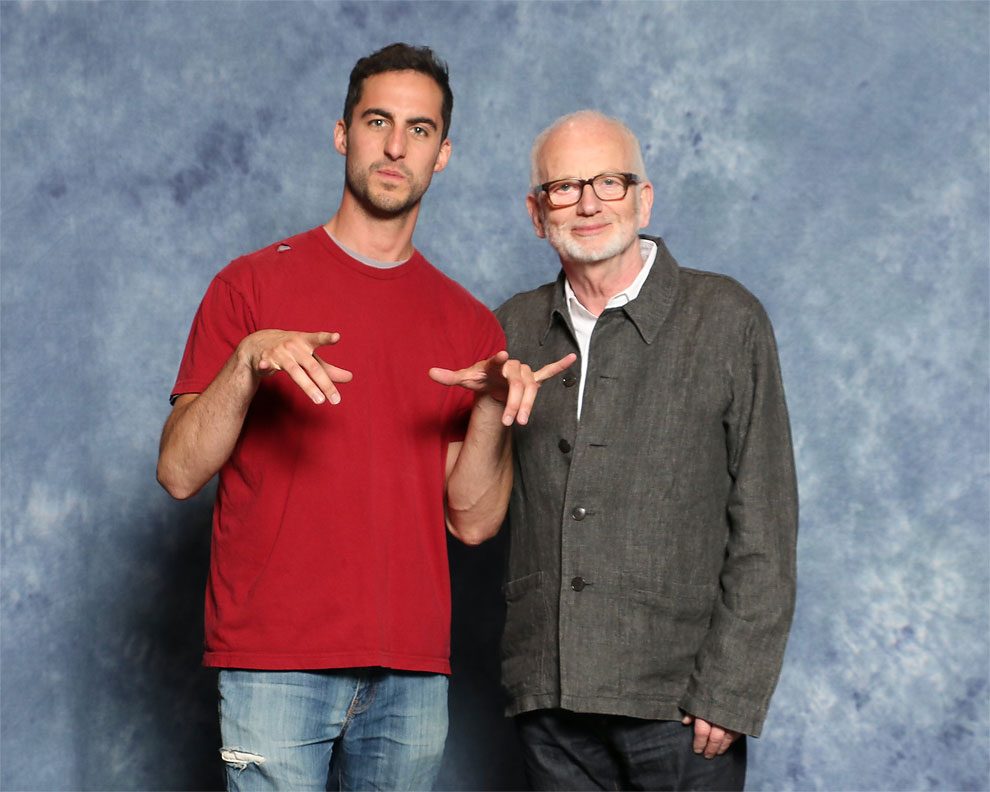 Here he is with Ian McDiarmid, aka Emperor Palpatine.

When James asked for a “force lightning” pose, McDiarmid said, ” No I’m not going to do that. I’ll just stand here because that’s just who I am. But you go right ahead.” 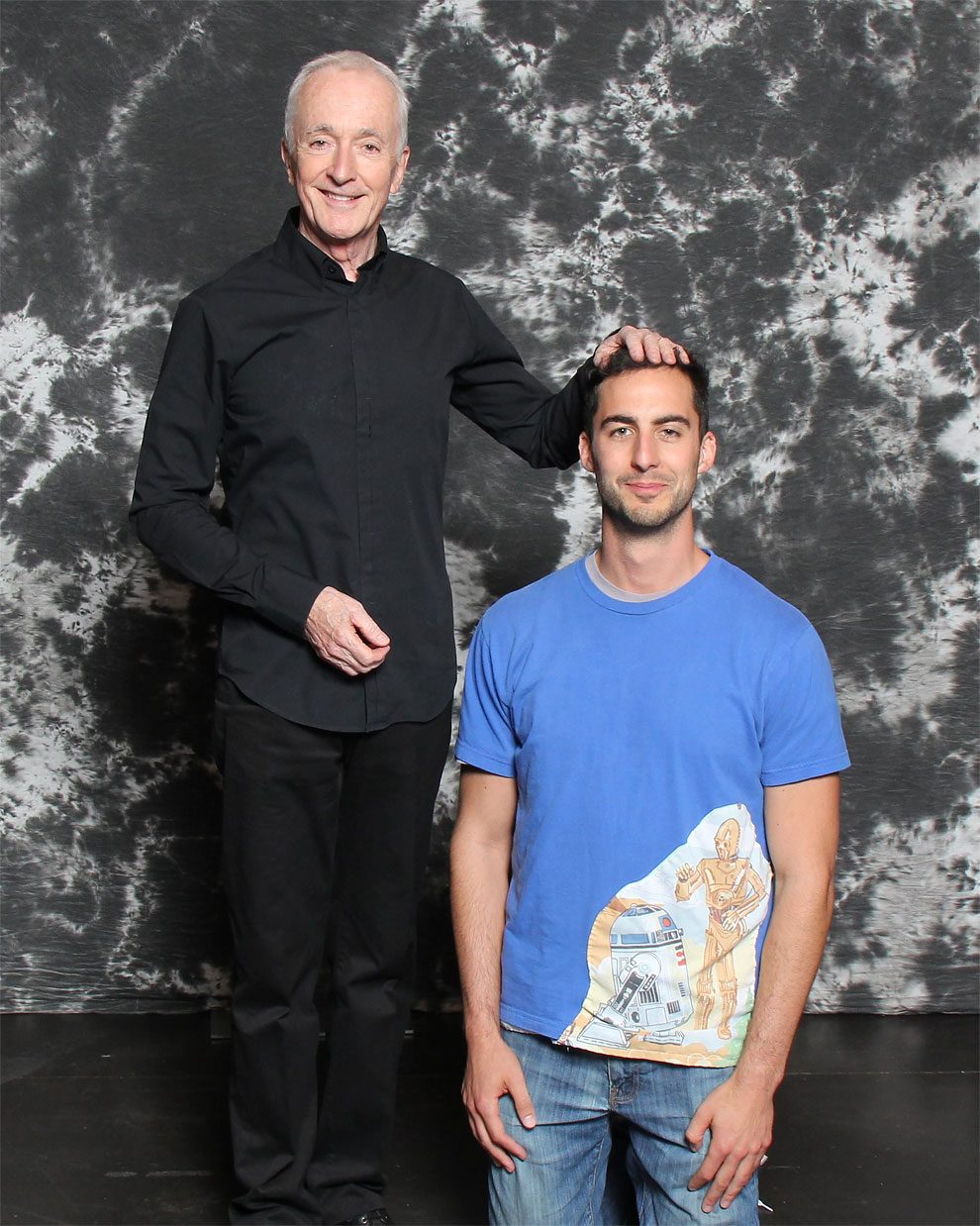 Luckily, Anthony Daniels (C-3PO) was totally down for a cheesy droid prom pose.

“As I knelt down I wanted to ask him to put his hand on my head in the classic droids pose, but I got too nervous. But then he just did it! No prompting.” 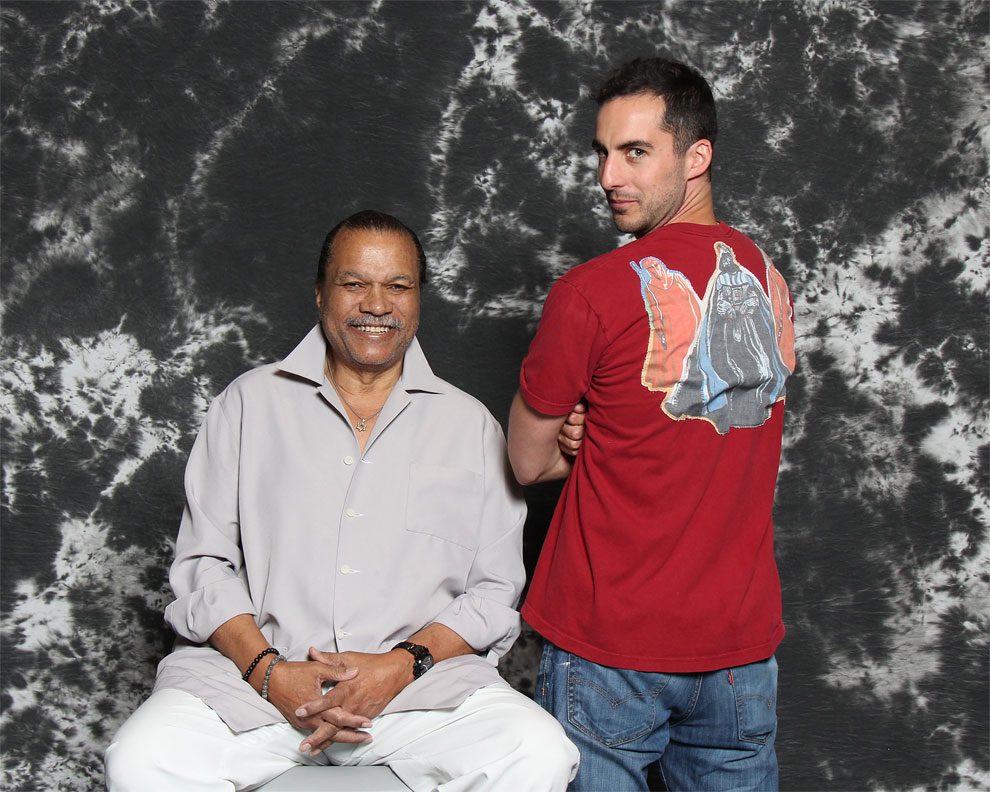 As for Billy Dee Williams (Lando Calrissian), he was more of the stoic type.

“May as well have been a wax mannequin of Billy Dee Williams,” James wrote. “He didn’t say a word to me, let alone break the stance you see in this picture in any way. I just modeled my Darth Vader and roal guard shirt.” 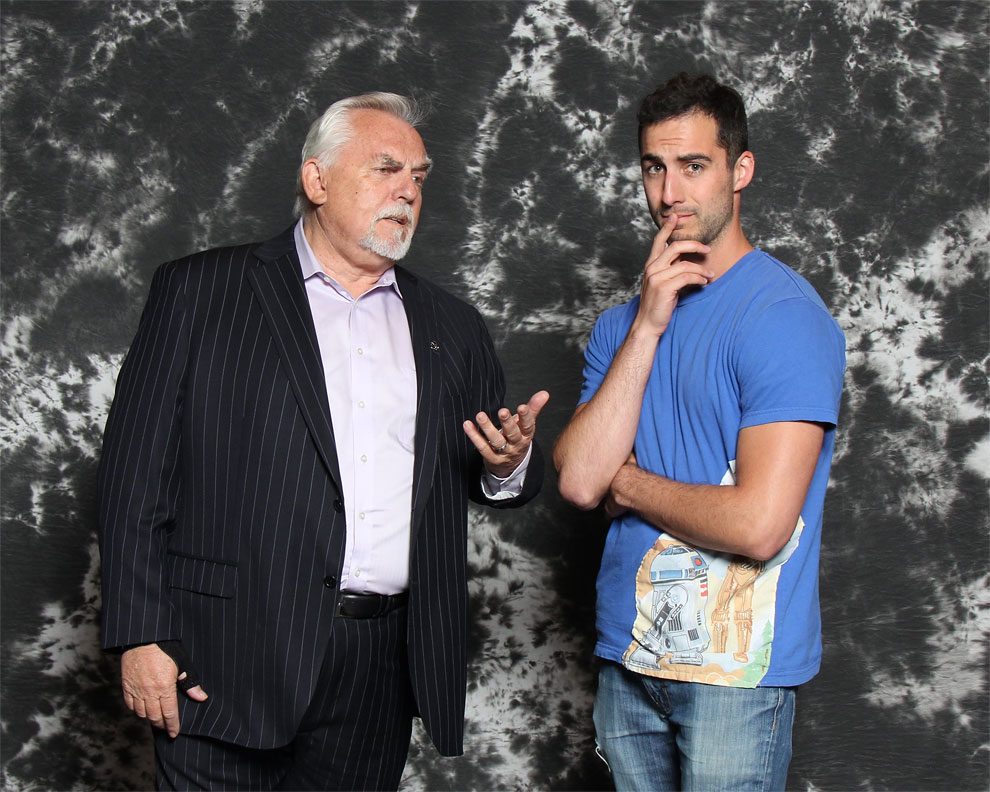 “Most people don’t know who Major Derlin is,” James said. “John Ratzenberger is one of those people. He tolerated me as best he could.” 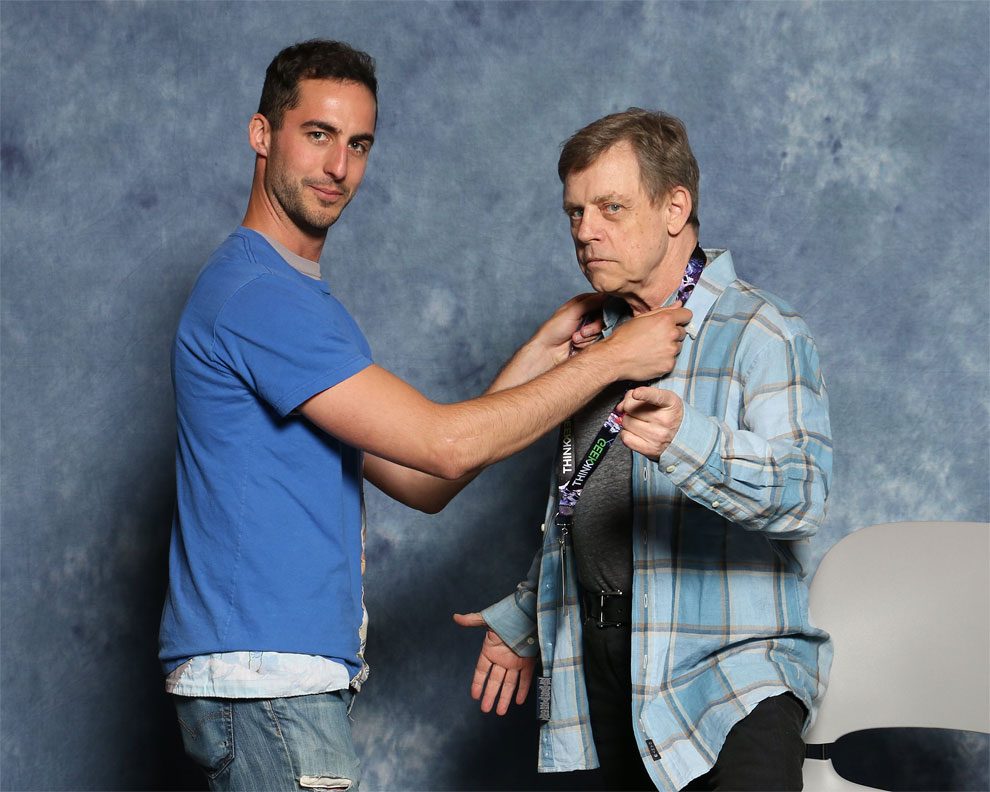 Luckily Mark Hamill (Luke Skywalker) was there to save the day with his cooperation! According to James, this is how it went down.

James: Mr. Hamill it is a true pleasure to meet you. Do you mind if we get a little creative for this photo?
Mark: *immediately pops up from chair ready to go because he’s a fucking G*
James: Can I put this lanyard on you like Leia presenting you with the medal at the end of episode 4 after you blew up the Death Star and saved the Rebel Alliance?
Mark: of course James: places the lanyard around his neck ever so gently Mark: *turn to camera with classic finger point 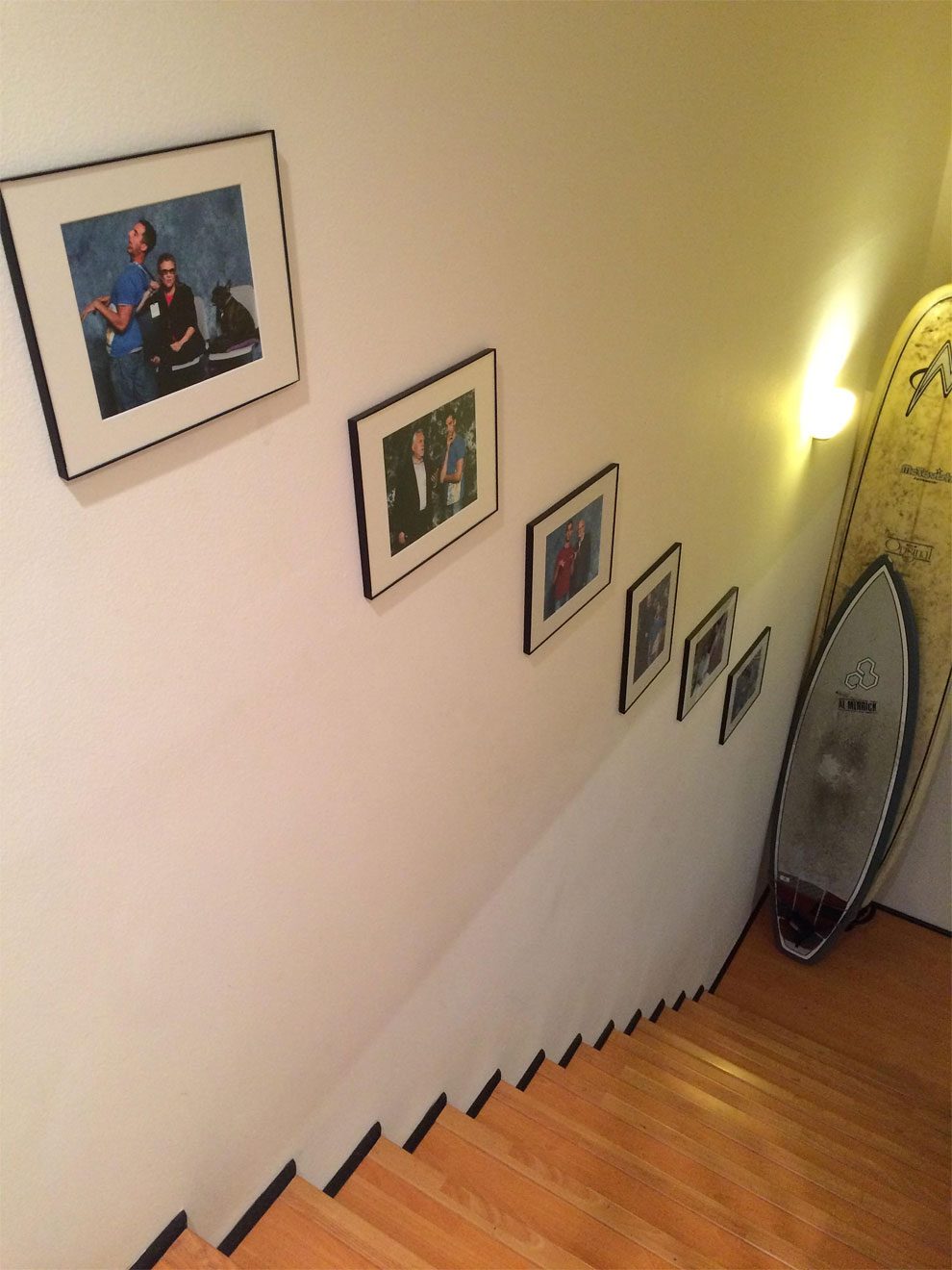 “Was so proud of the photos that I framed and hung them along my staircase like a loving mother does with family photos,” he wrote. “Everyone who enters my house gets the detailed tour of the pics whether they want to or not.”