Artist Puts Together ‘Super Families’ From Our Favorite Characters 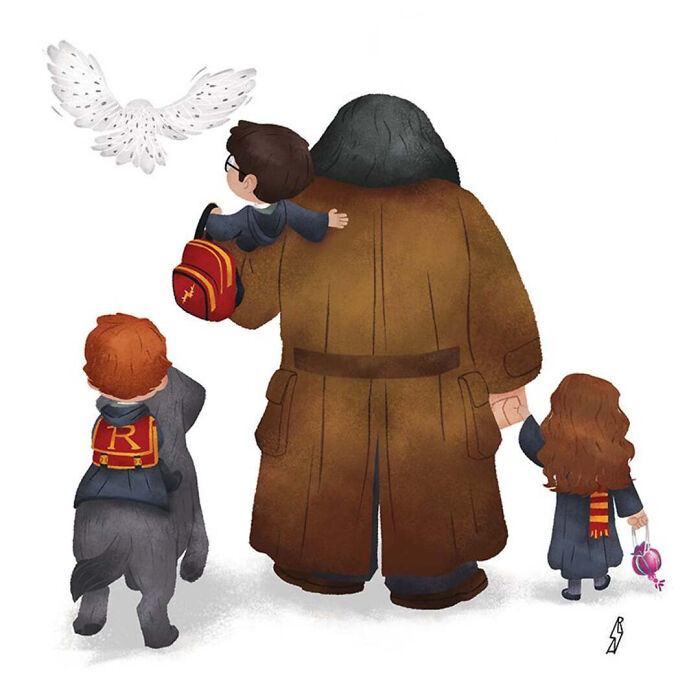 Andry’s art style is very soft, whimsical, and magical. He creates very fun illustrations that brighten up your day, not to mention he draws all of our favorite characters! He takes inspiration from many popular media, so you’re sure to find the characters you love on his page—anything from Marvel, DC, to Lord of the Rings and Harry Potter! 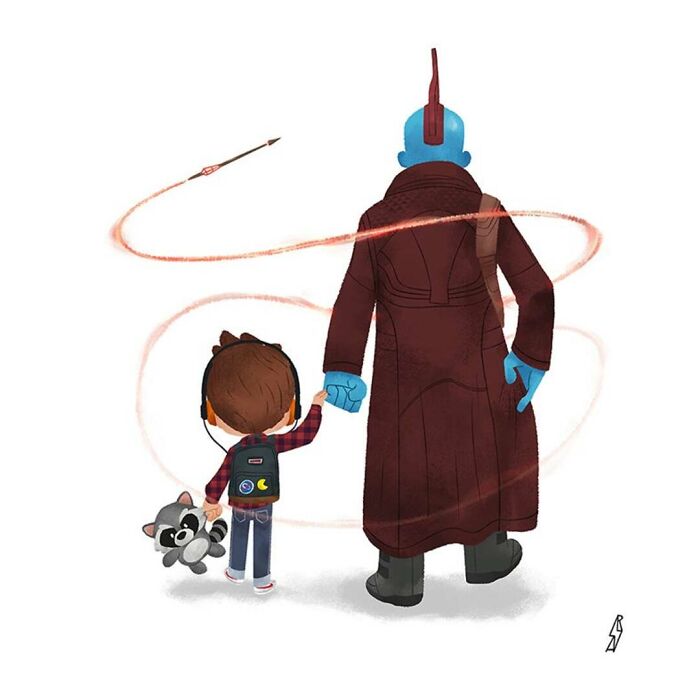 “I’ve worked as a character designer in animation for more than 11 years now, and during my free time back in 2012, I started this series of illustrations with the Bat-Family for Father’s Day. The idea of Batman bringing Robin and Batgirl to school just popped out, I just wanted to make something cute with these characters,” Andry told Bored Panda. 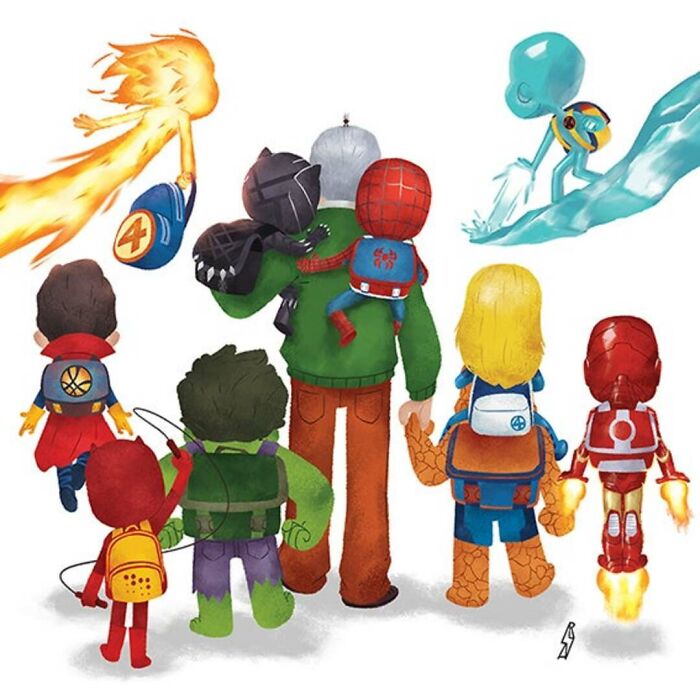 “The following Father’s Day, a year later, I decided to make another one with Superman, Supergirl, and Superboy, and then other members of the Justice League (Wonder Woman, The Flash, etc…),” shared the artist about how he continued this project.” 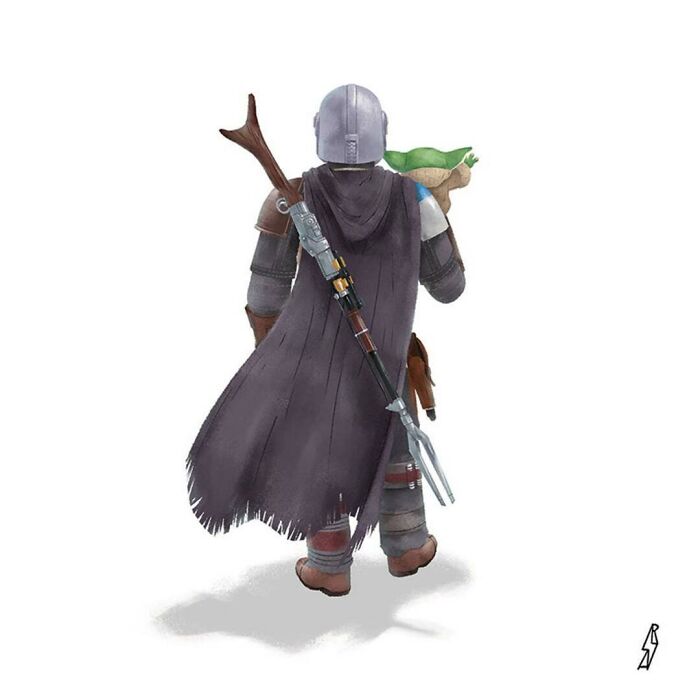 “Then I decided to try with more pop culture characters, superheroes, characters from TV series, movies, video games, etc., but not randomly chosen. What I find interesting with this series is to find the right characters who could be represented as a family, find the right bond between them.” 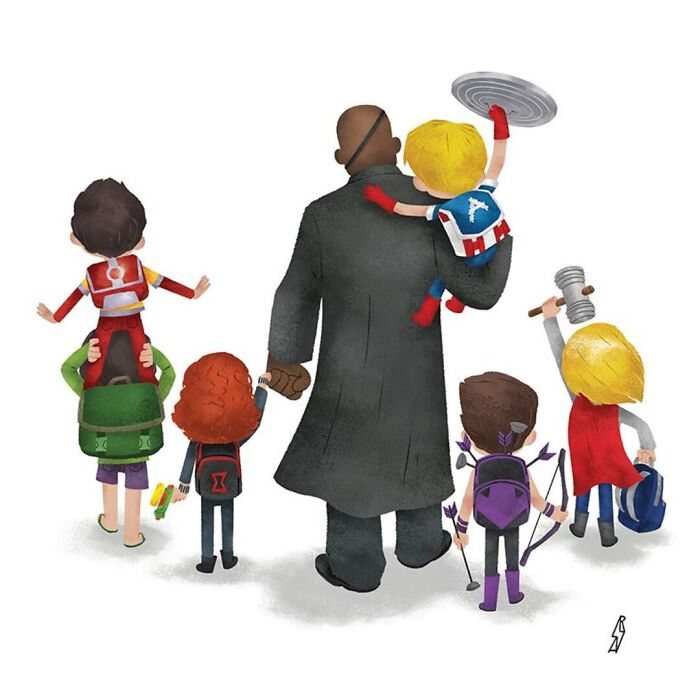 “The parental figures I’ve represented are not necessarily the biological parents, it can be an uncle, a master, a leader, a protector, a new friend but older and from another dimension, a fluffy babysitter, or even an old guy who told you to take a sword because it’s dangerous to go alone.” 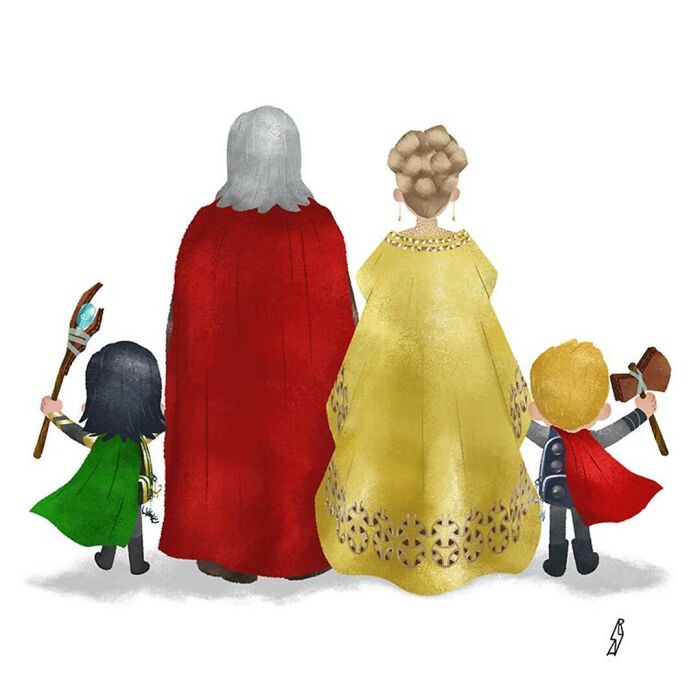 “I won’t stop finding new Super Families. I have plenty more of them in mind, I just need to find the time to work on them between work and taking care of my very own Super Family.” 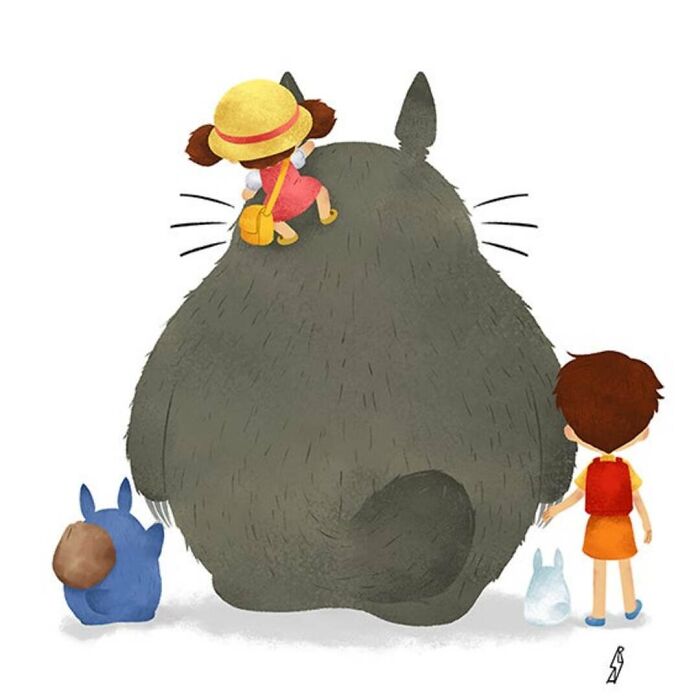 Guardians Of The Galaxy (Guardians Family) 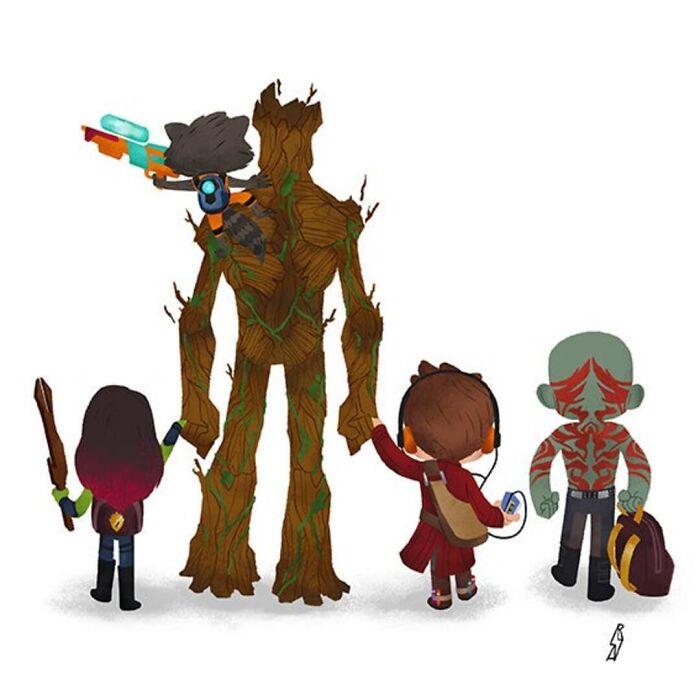 Lord Of The Rings (Middle Earth) 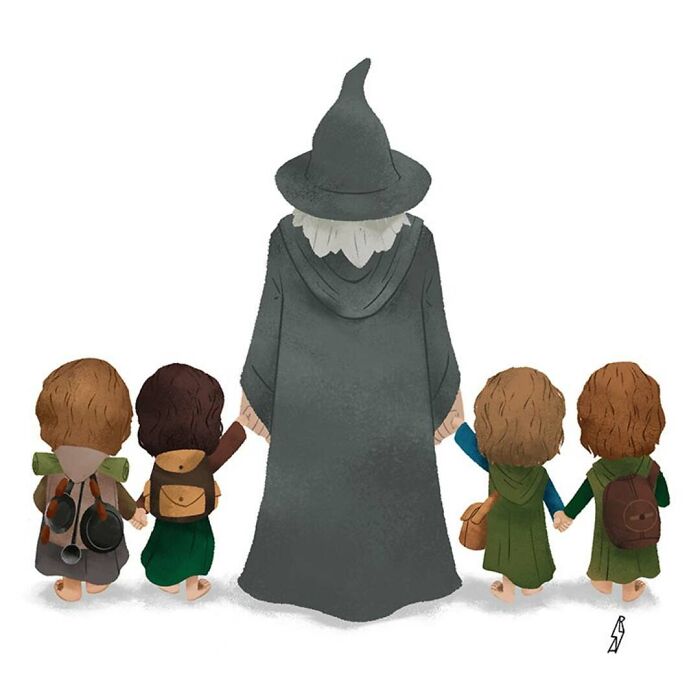 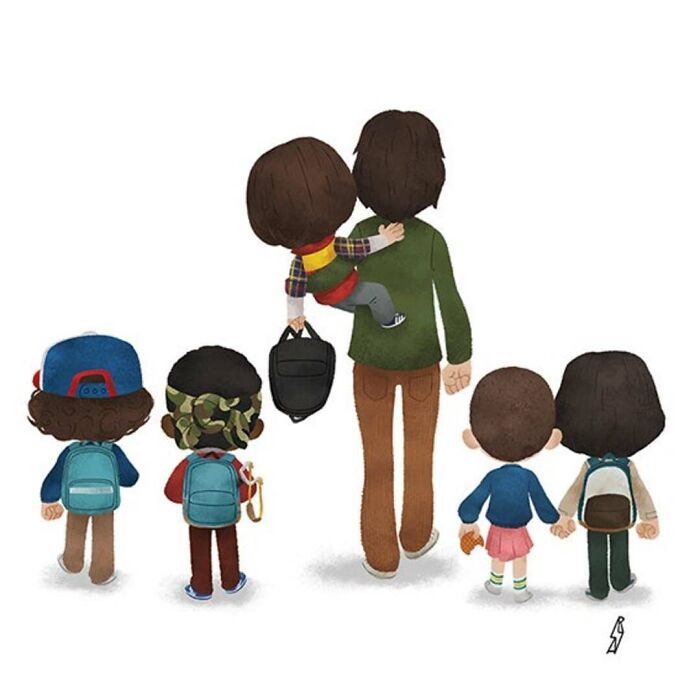 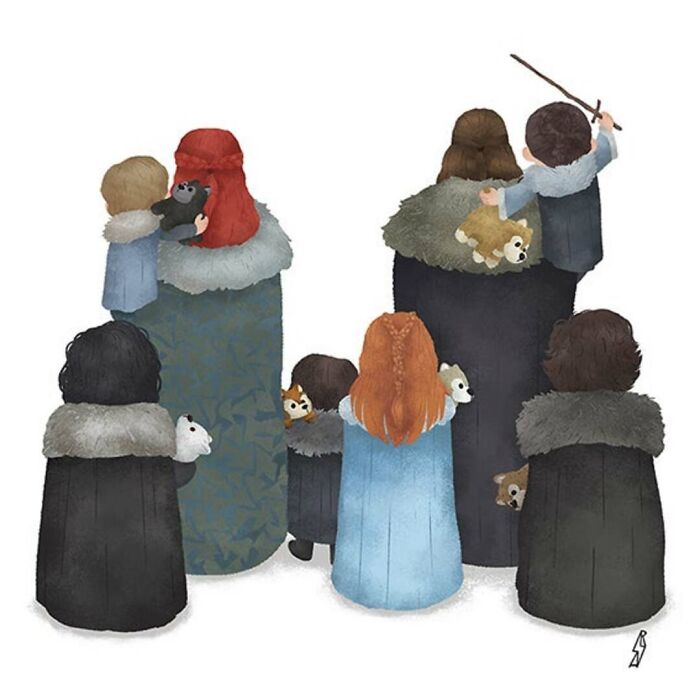 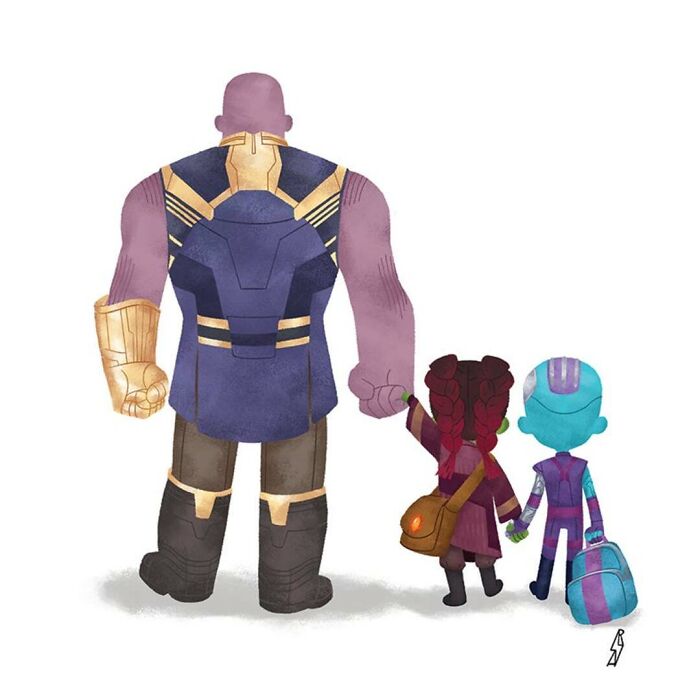 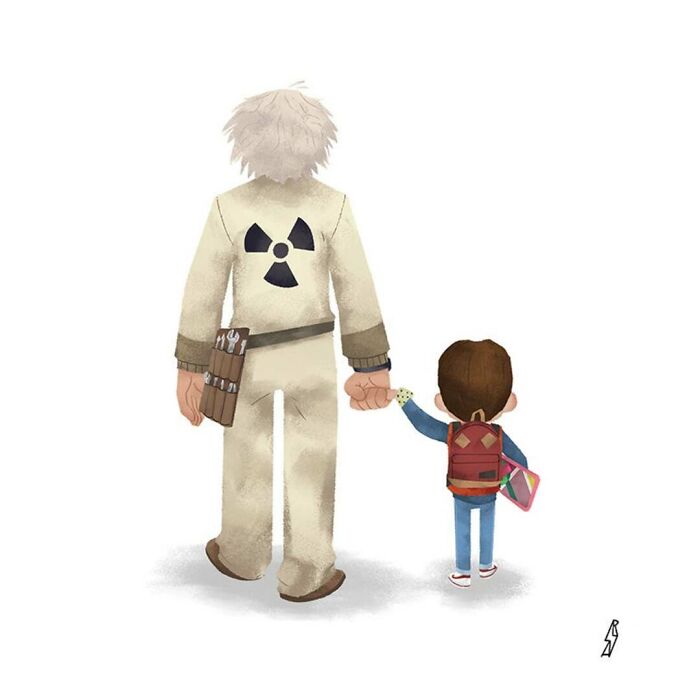 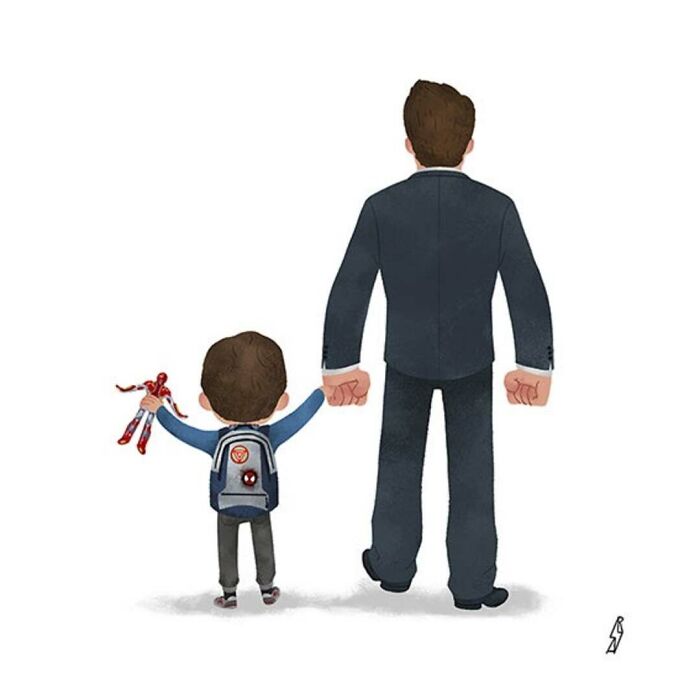 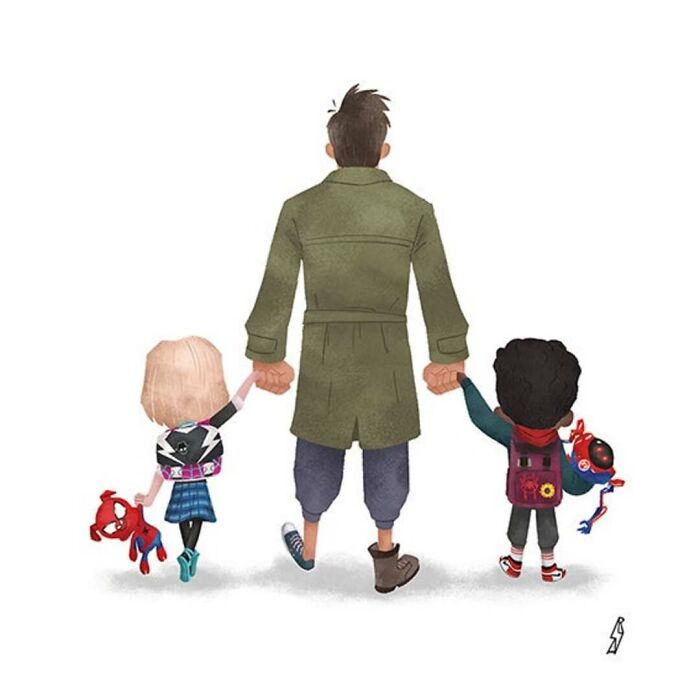 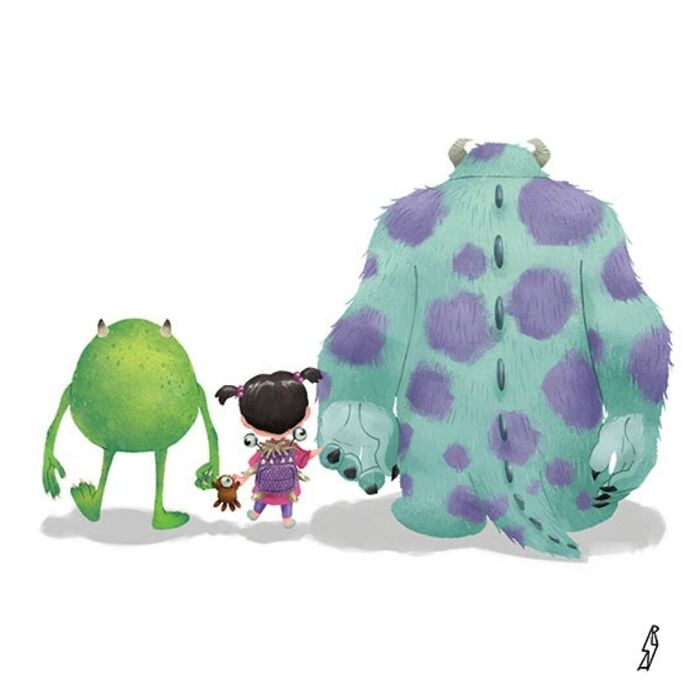 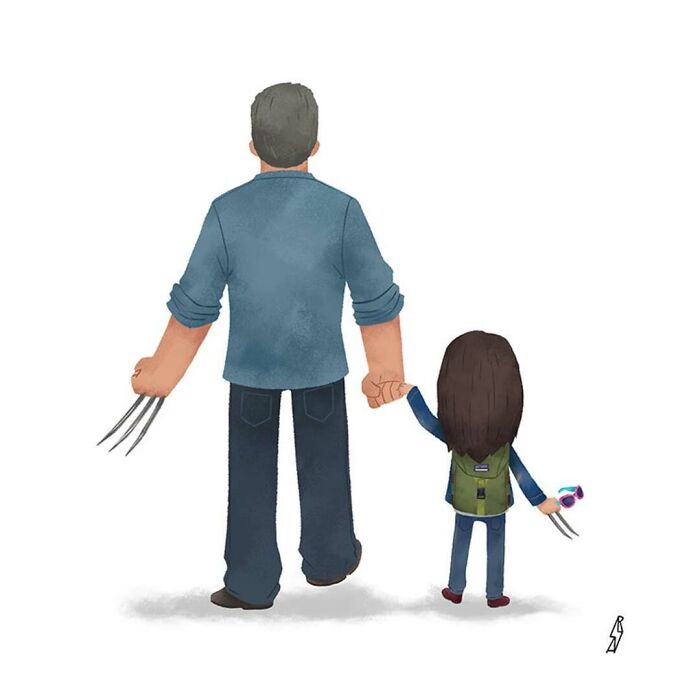 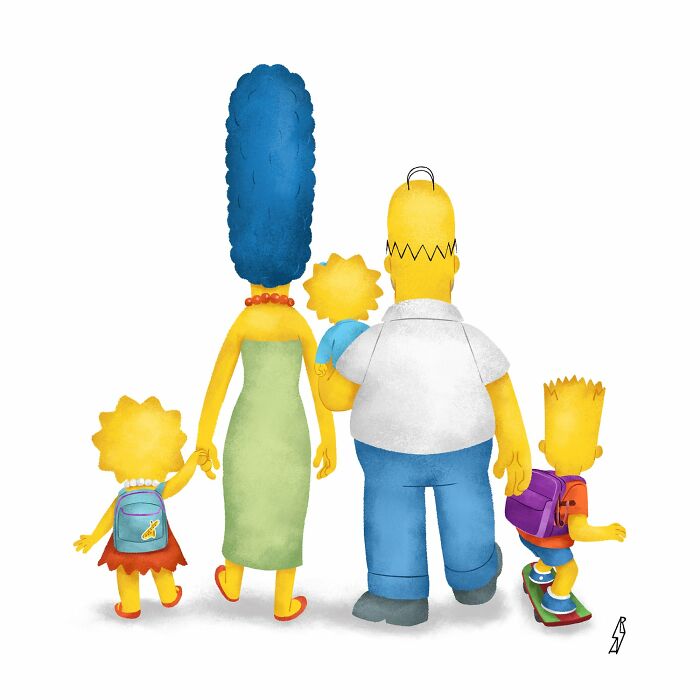 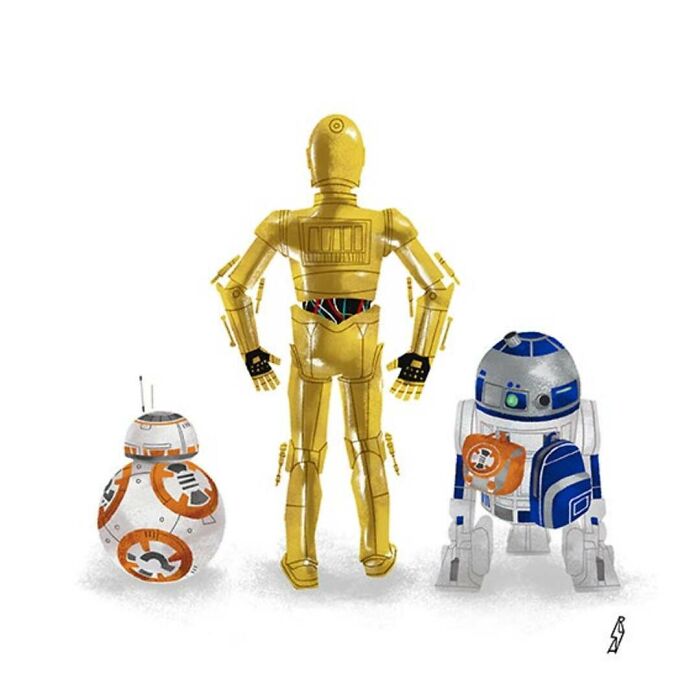 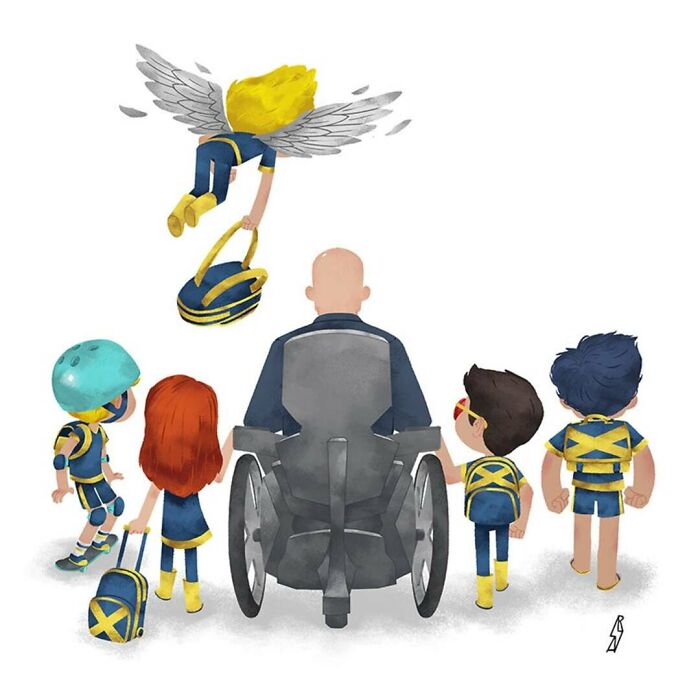 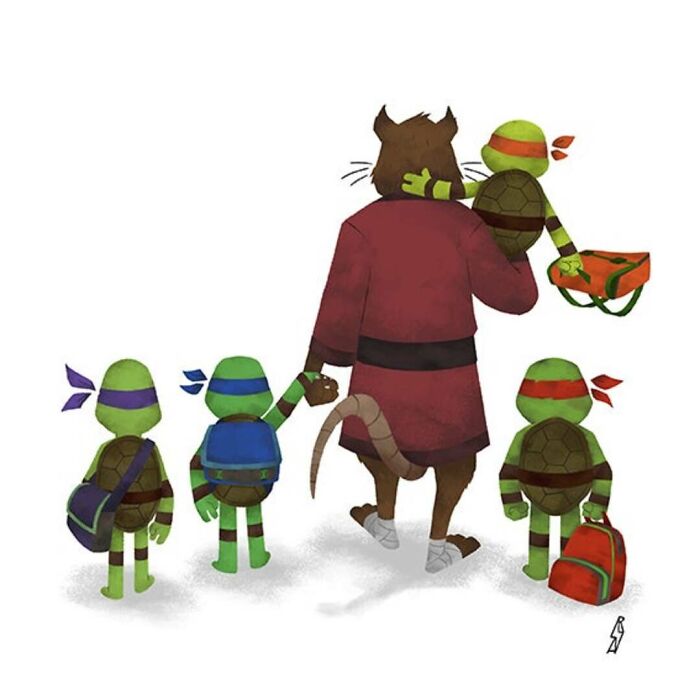 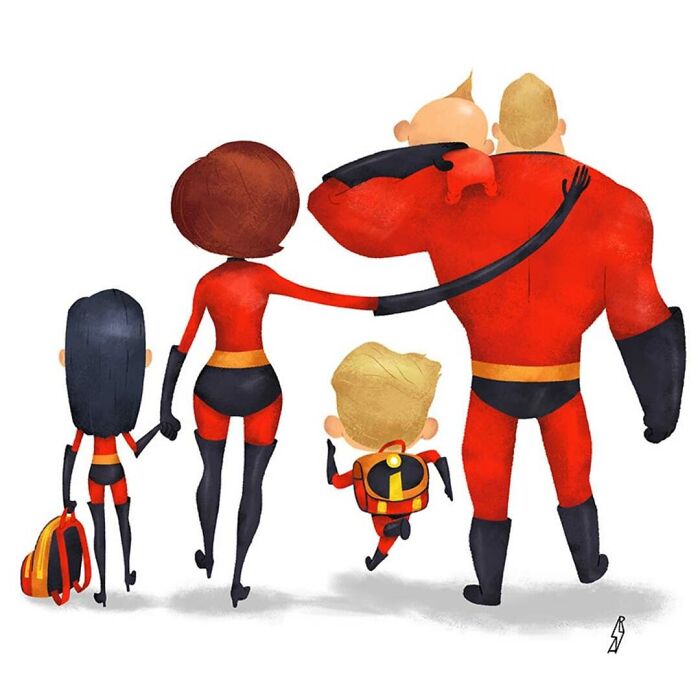 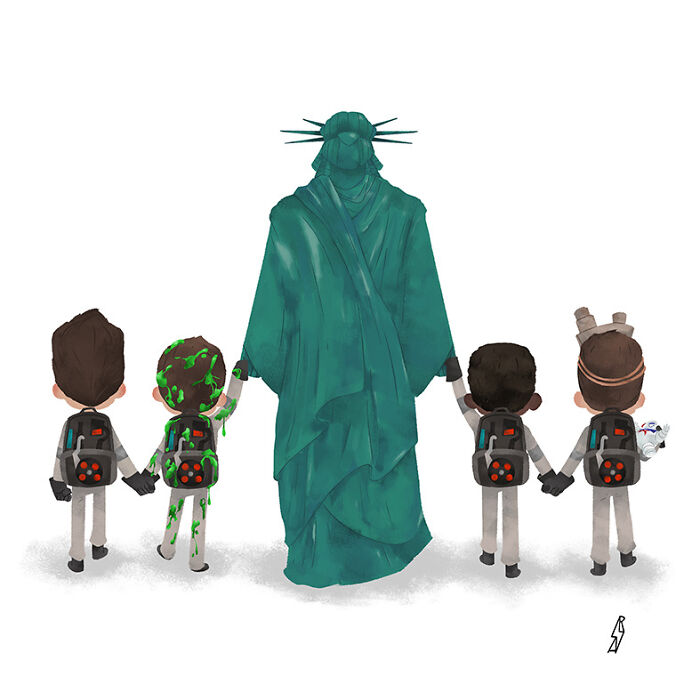 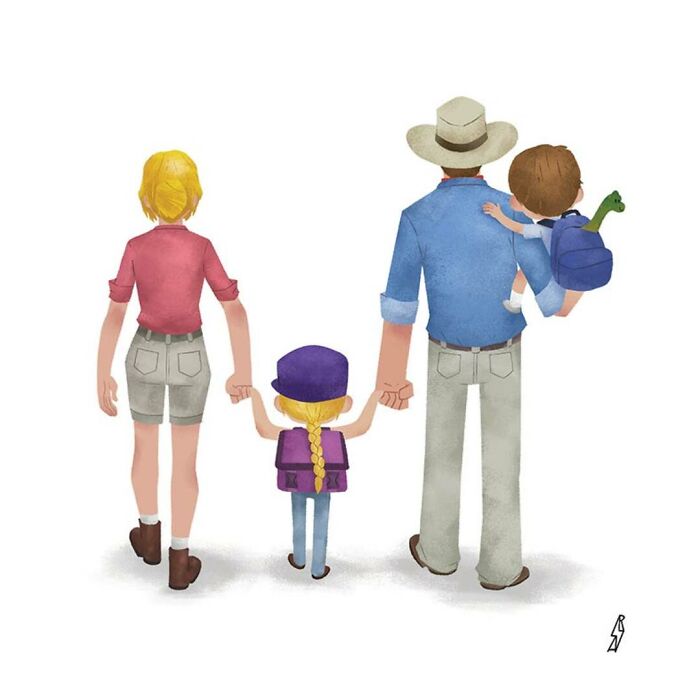 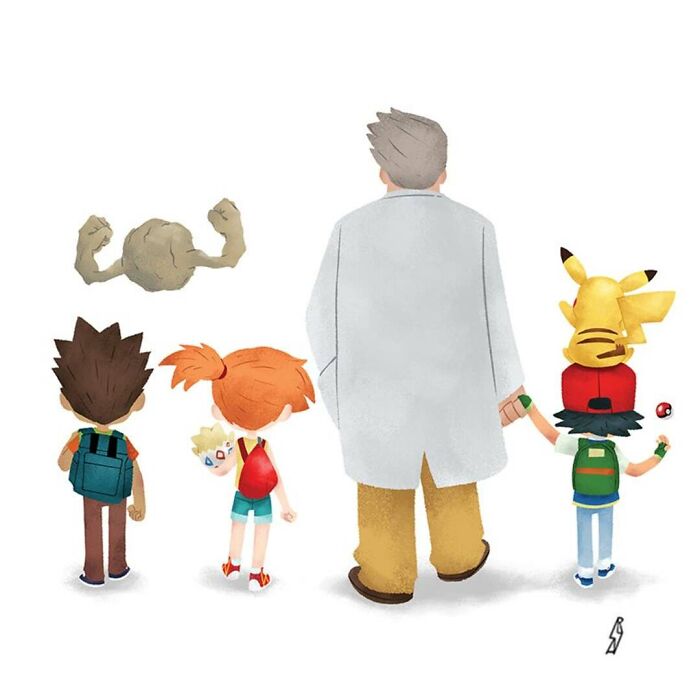 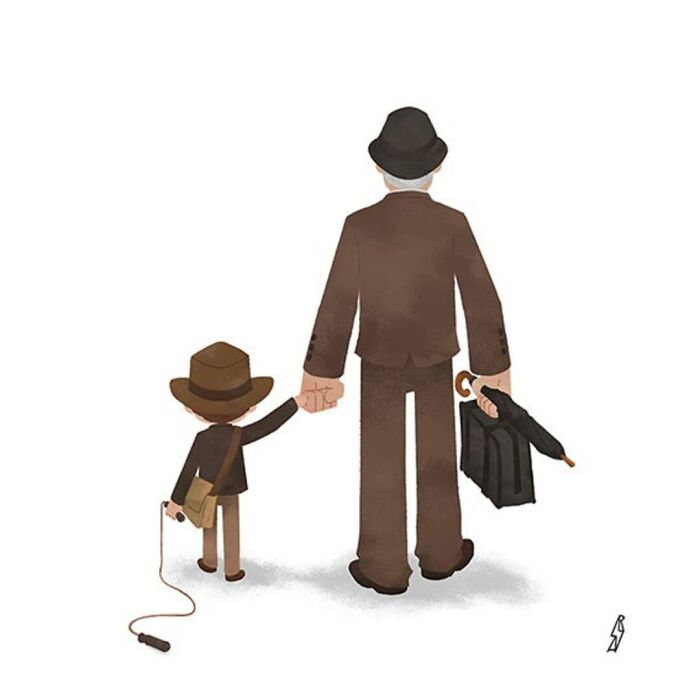 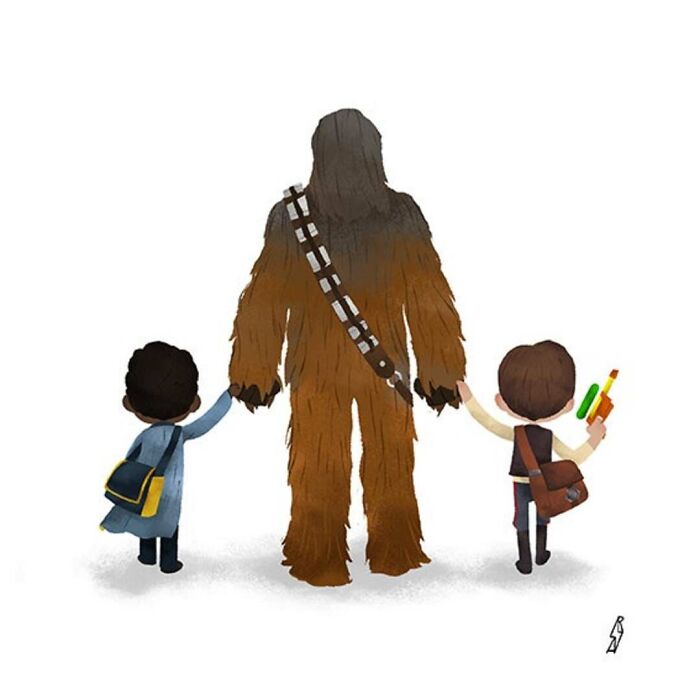 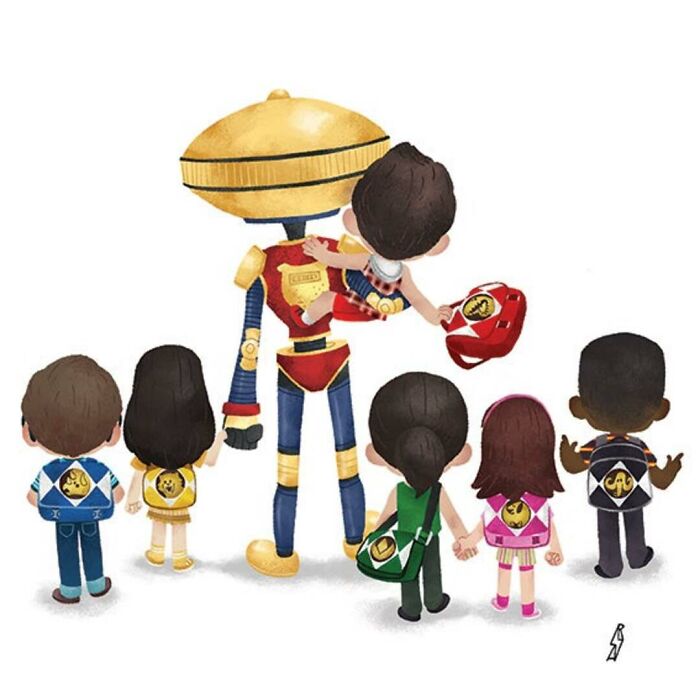 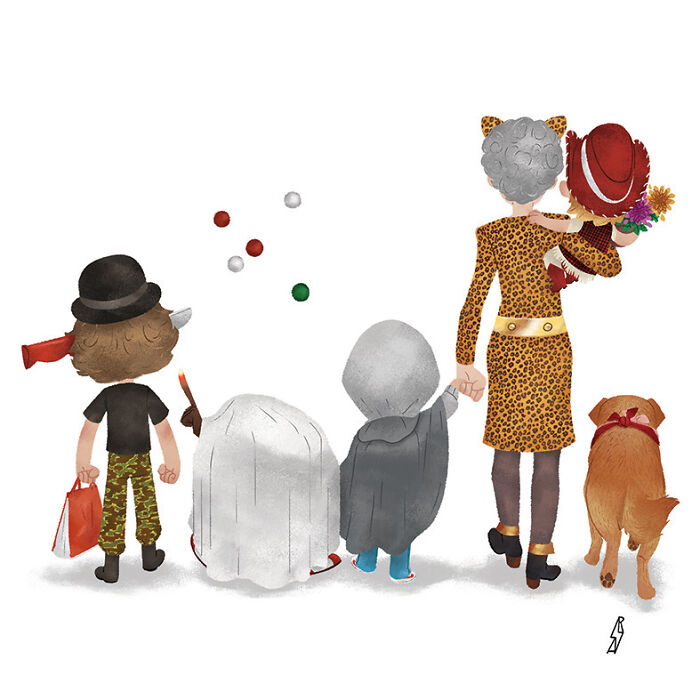 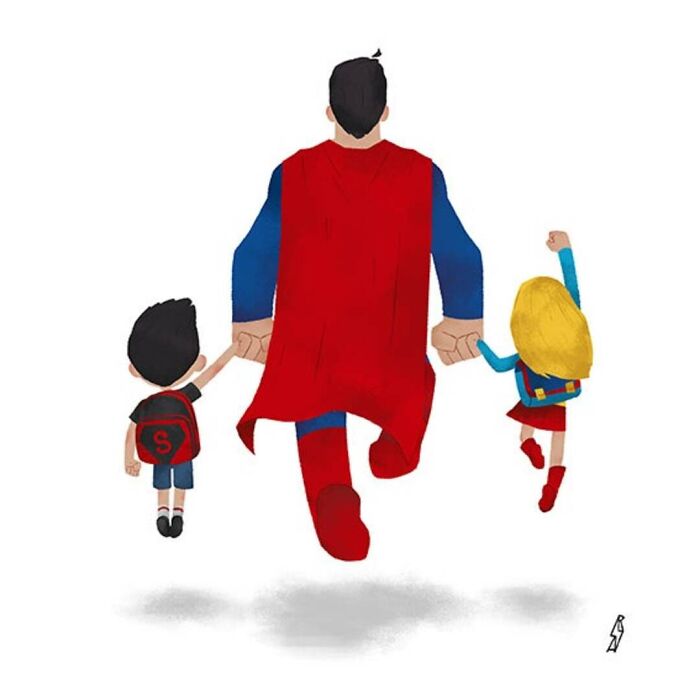 9 Non-Threatening Leadership Strategies For Women
Artist Draws Wholesome Watercolor Comics Where A Cat Is Giving Out Mental Health Advice
Humorous Posters Of Graphic Design Puns That Will Make Designers Laugh
Turkish Artist Recreates Iconic Movie Scenes Using Hundreds Of Thousands Of Tiny Colored Dots
An Artist Paints Tiny Masterpieces Inside Her Empty Altoids Tins
This Girl Made A Yummy Apple Turnovers Shaped Like Jabba The Hutt
Canadian Kids Are Tying Coats To Street Poles To Keep Homeless Warm This Winter
The Tattooed Venus And The Girl With The Dragon Tattoo
"My Surreal Hong Kong": Superb Photo Manipulations With A Twist By Tommy Fung
Things Full Of Beans That Shouldn’t Be Full Of Beans
"Trans A.M.": The Superb 3D Surreal Digital Art and VR Sculptures by Elena Romenkova
Stefan Koidl Continues To Create Spooky Illustrations, And You Shouldn’t Click If You’re Easily Frightened
Literary Tattoos In Honor of World Book Day
Funny Comics With Unexpected Endings By Scribbly G
The 'We're All Eating This Together' Campaign
20 Images Showing How Smartphones Have Taken Over Our Lives
A Creative Duo Have An Idea For Ben & Jerry's That They Think Could Help Inspire Fellow Americans To Choose A Sweeter Option In The Upcoming Midterm Elections
Artist Yung Jake Turns 20,000 Emojis Into Amazing Lifelike Celeb Portraits
Childhood Of Tomorrow: The Incredible Surreal Art Of Simon Stålenhag
Artist Shows In Comics How She And Her Husband Are Spending Days In Self-Isolation
Cartoon Characters As The Main Subject In Classic Masterpiece Paintings
Painfully True Facts About Our Lives
Museum Uses Brilliant Ads To Get You Excited About Science
Artist Transforms Boring City Life Into Fun Scenes Using Magazine Cutouts
Andry "Shango" Rajoelina, characters, families, pop, superheores