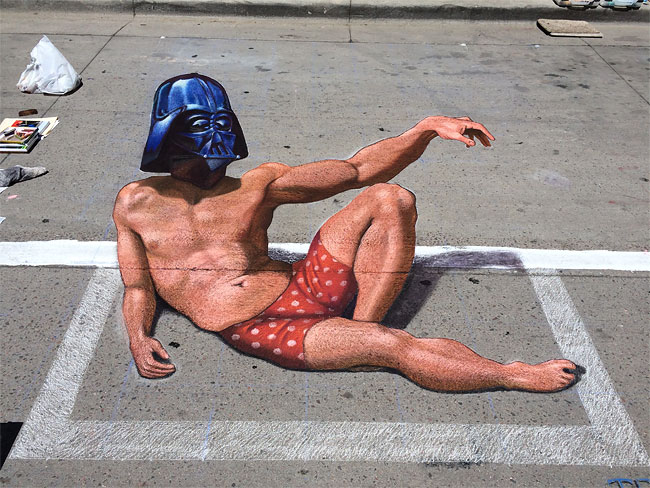 If you have always been a little intimidated by the Star Wars’ Darth Vader, artist Chris Carlson’s latest chalk drawing may help you see him from a more light-hearted perspective. Created for the Denver Chalk Art Festival, Carlson’s new piece is a humorous one that depicts the sinister Sith Lord half naked, wearing only his red, polka-dotted underwear. Taking inspiration from Michelangelo’s Creation of Adam, Darth Vader is posing in the exact same position as Adam in the famous painting. 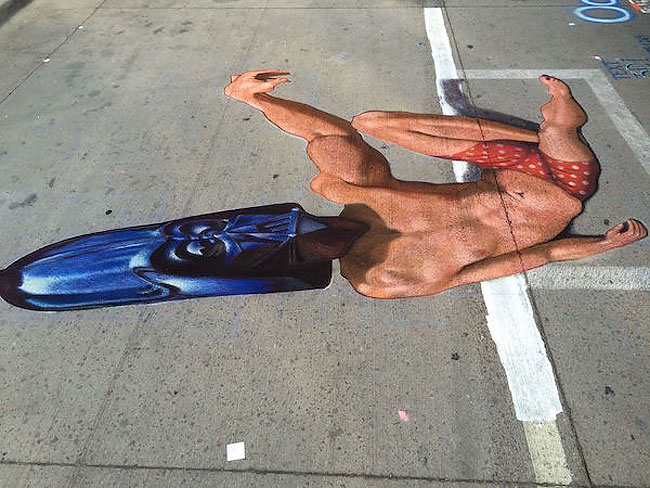 “I sketched the helmet on top of the Michelangelo figure and I thought it was hilarious, so I ran with it,” Carlson told Mashable.

The illusion is called anamorphic 3D, which works best when viewed from a specific vantage point. Which means Vader looks 3D now, but when viewed from the side, the image goes as flat as Vader’s modeling career (which still went straight to his head). 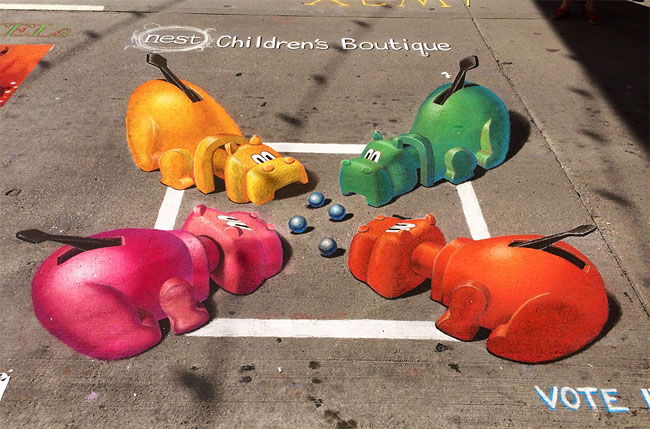 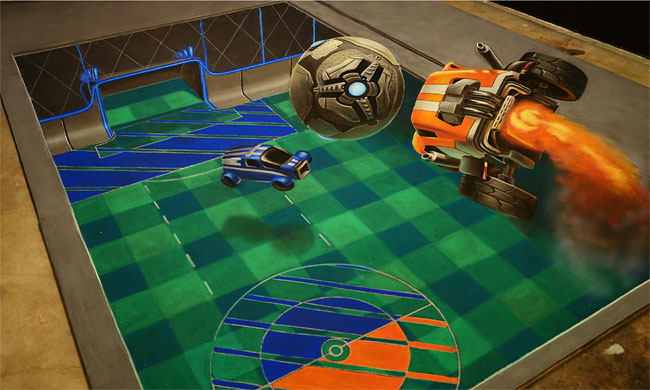 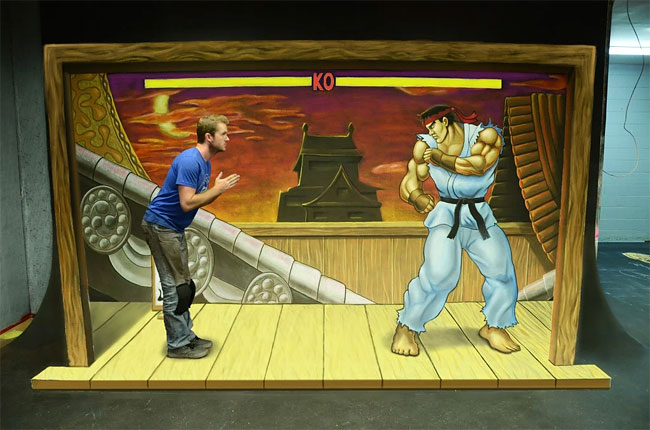 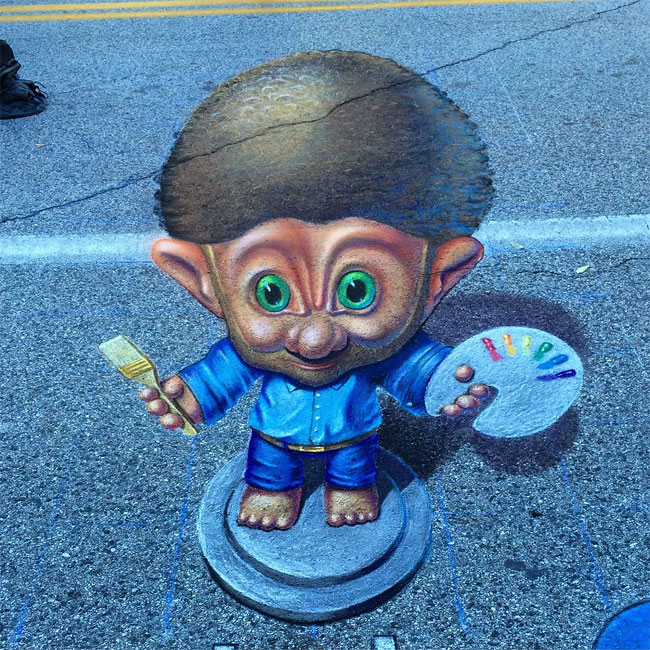 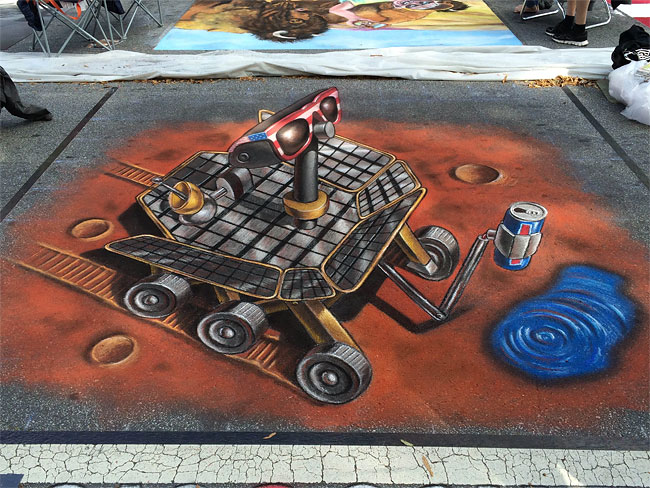 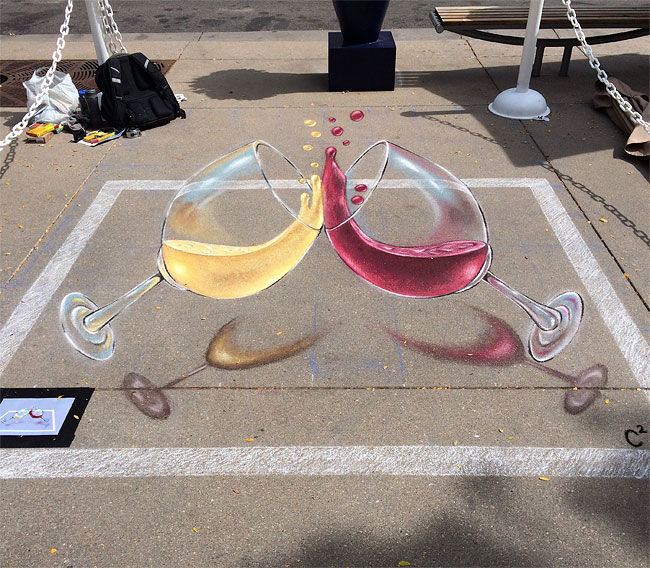 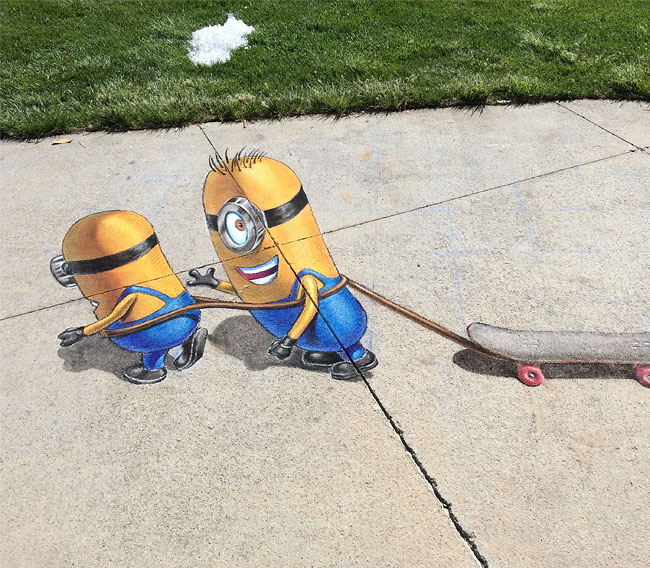 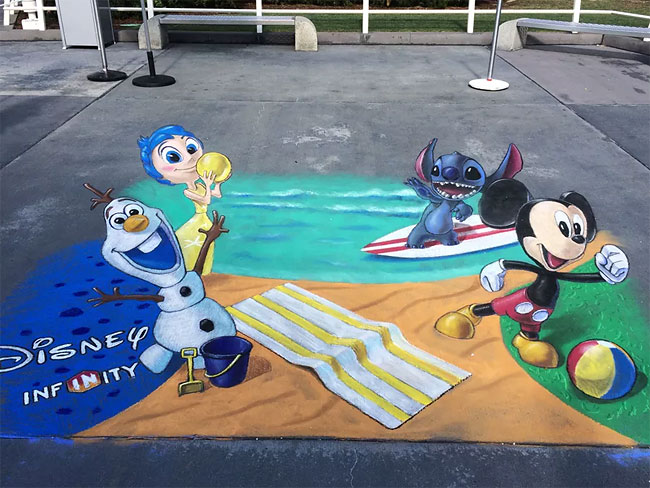 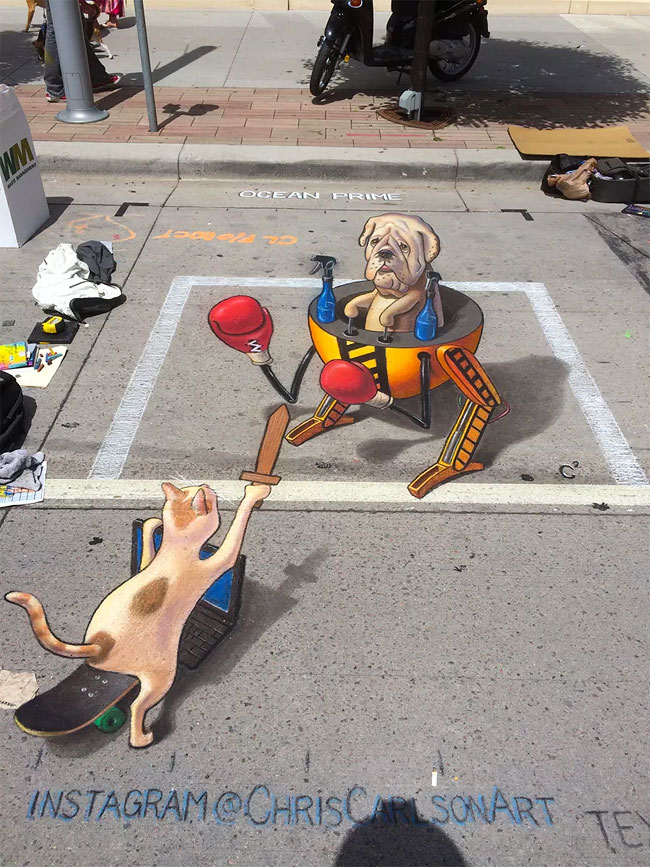 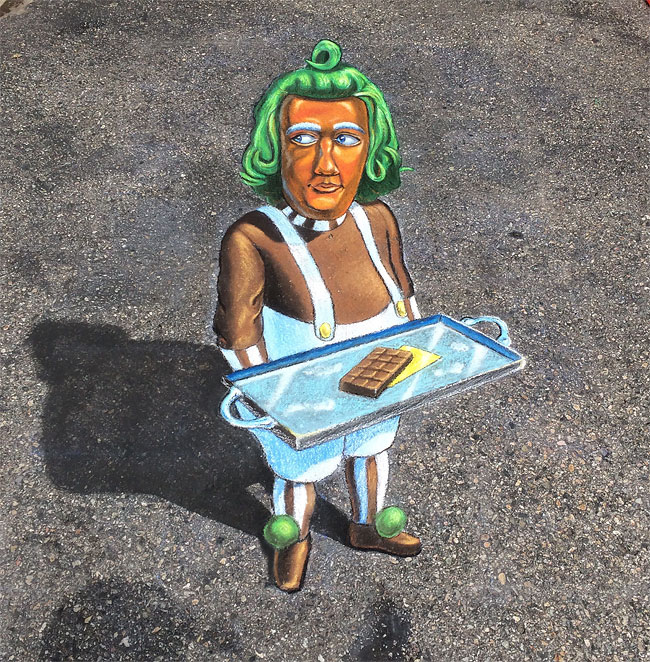 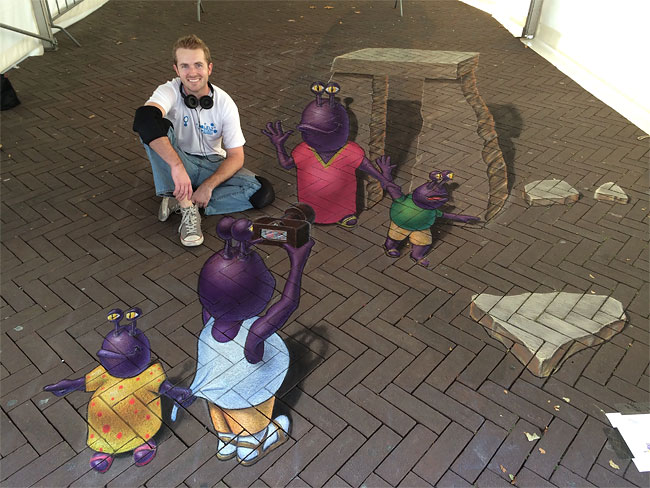 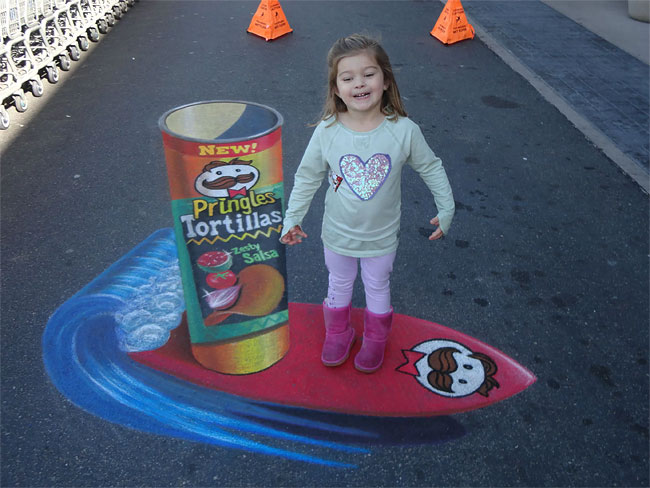 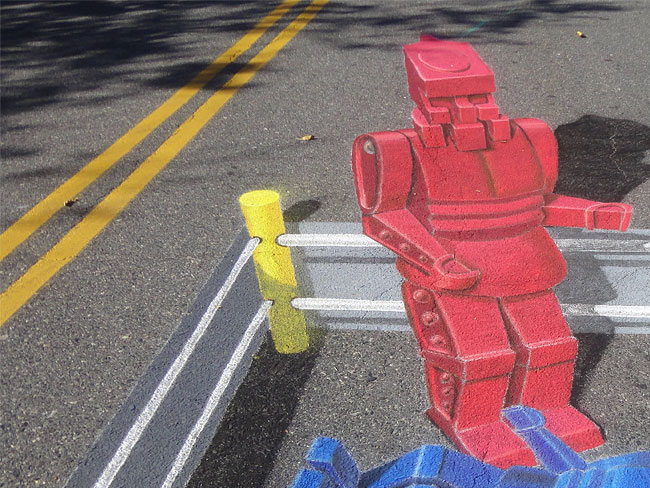 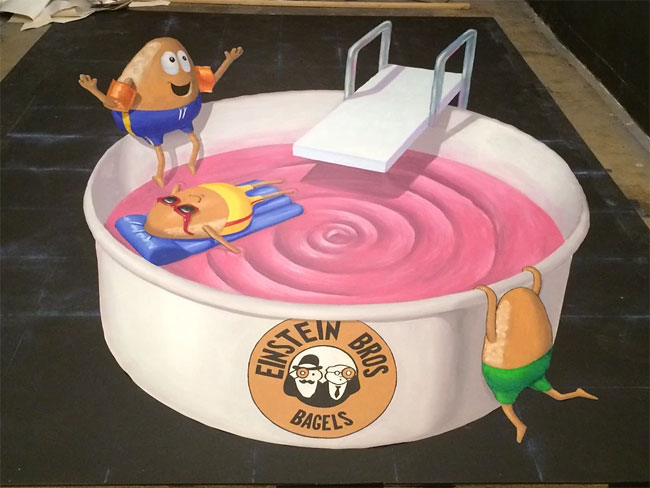 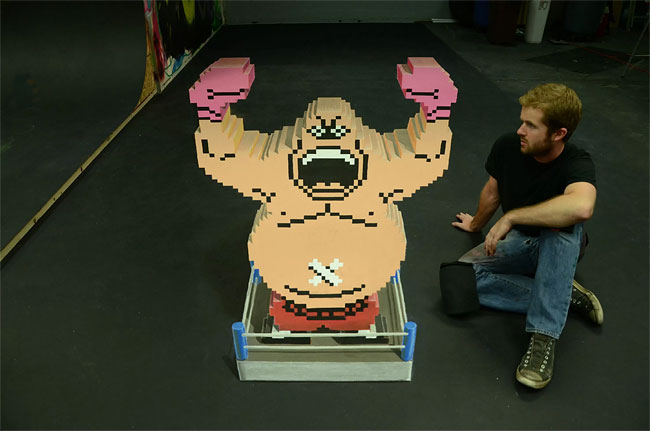