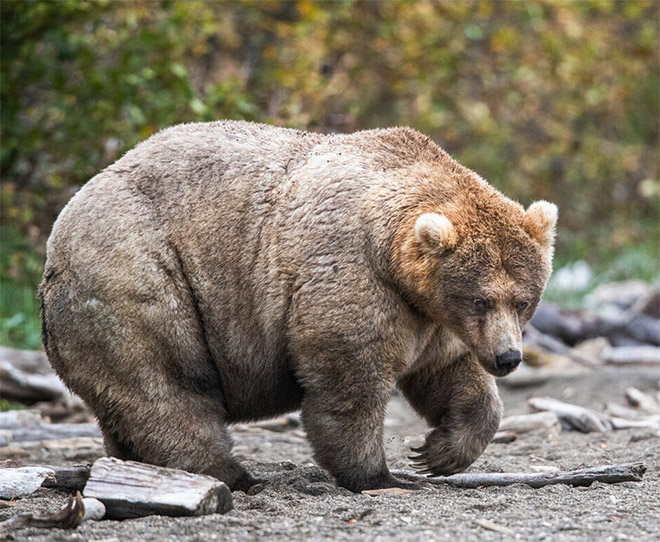 “Fat Bear Week” is a weeklong, bracket-style elimination contest that pits the bulkiest bears of Katmai National Park against one another. At this time of the year bears are embracing their ursine urge to eat like there’s no tomorrow and fortify themselves for winter hibernation. 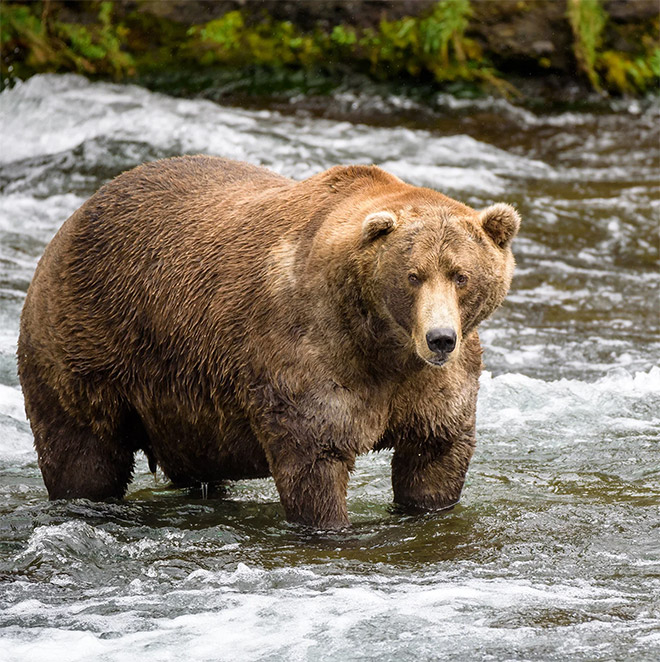 The contest highlights the amazing transformation bears must make after they emerge from hibernation, emaciated and hungry. From the middle of summer to the fall, an average male adult can go from weighing 600-900 pounds to well over 1,000 pounds. Scroll down to see the best contestants from this and previous years! 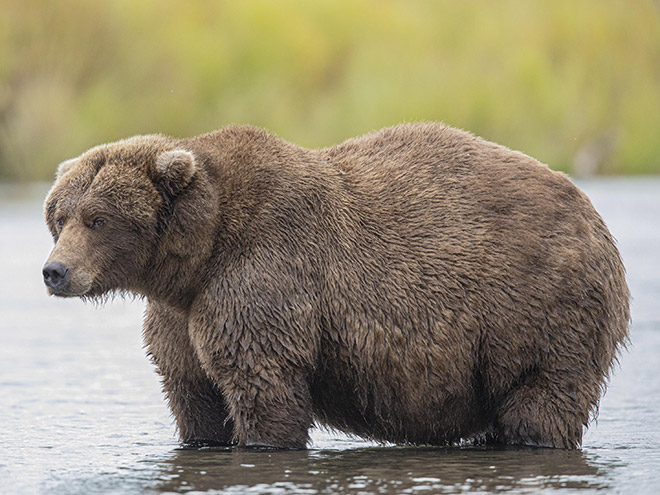 Just as previous years, the competition is stiff this year: Otis, a large adult bear with the record for most “Fat Bear Week” wins at four, is back to defend his title. He once ate 42 salmon in one sitting, and his fishing skills and patience are hard to beat. But Bear 747, winner of “Fat Bear Week” 2020, always gives Otis a decent competition. He is one of the largest bears on earth, weighing as much as 1,400 pounds. Most bears know they can’t compete with him, but Otis refuses to be intimidated. 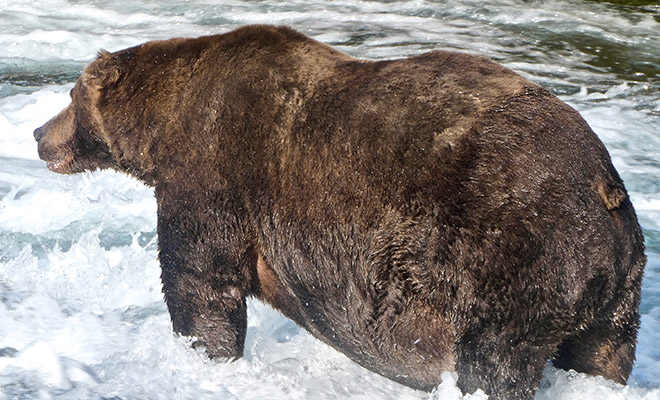 The bears’ backstories are also a great way for the park to educate the public about the wide range of bear behaviors, from their fishing and survival strategies to how they interact with other animals. So this fat bear extravaganza is not only fun to watch, but also educational. Simply brilliant! 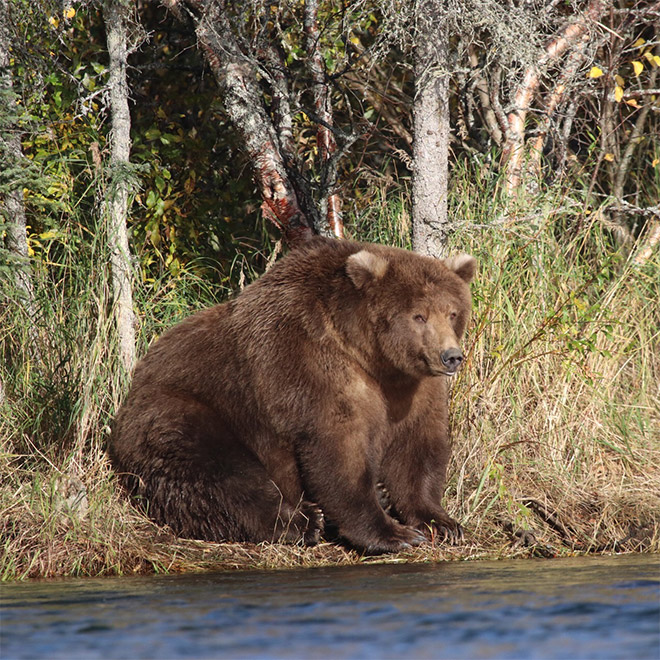 One of the educational pieces you can learn is that hibernation is not as simple as the animals merely going to sleep. The bear’s heart rate lowers, the activity obviously is very minimal and it truly is just their body utilizing that fat to keep this baseline going. If the bears don’t have adequate fat stored, some may even die during hibernation. That’s why the fattest bears have the best chance at survival. When spring rolls around, they’ll be able to emerge from their dens to continue their life cycle. And for one lucky bear, it will mean emerging as a champion.

“Bear 747 is a very large adult male with a blocky muzzle and a floppy right ear. In early summer, his reddish-brown fur sheds in a patchy manner. Like many adult males, he often has scars and wounds on his face and neck. In late summer and fall, he is typically very fat with a low-hanging belly and uniformly dark brown fur.” 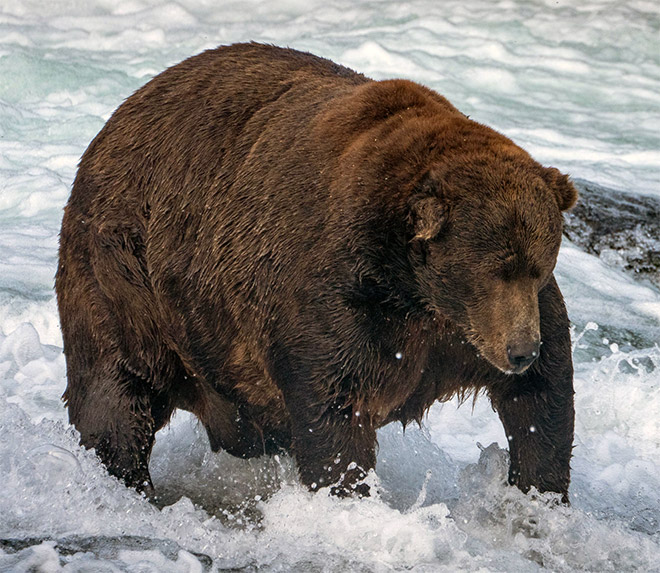 “Few brown bears ever grow as large as the bear who shares an identification number with a jet airplane. When 747 was first identified in 2004, he was a relatively young bear, only a few years old and unable to compete with larger bears for the most preferred fishing locations. Since then, he has become one of the largest brown bears on Earth, perhaps weighing as much as 1,400 pounds (636 kg).

He is a skilled and efficient angler who is found fishing most often in the jacuzzi or near the far pool of Brooks Falls. In 2022, he fished at Brooks Falls almost every day between late June and mid-September. Only rival males of comparable size, of which there are very few, challenge 747 for fishing spots. Despite his great size, 747 yielded to the river’s most dominant bear, 856, for many years. That changed in summer 2021 when 747 asserted his dominance over his rival. Surprisingly, 747 yielded space numerous times to 856 in early summer 2022, but their positions in the hierarchy switched by late summer. When he was present in late August and September, 747 was again the river’s most dominant bear.

Although dominant bears can maintain their rank in the hierarchy through aggression, 747 typically keeps his status by sheer size alone. Most bears recognize they cannot compete with him physically and they yield space upon his approach. He shows that skill and size influence success in the bear world. He was the 2020 Fat Bear Week champion.” 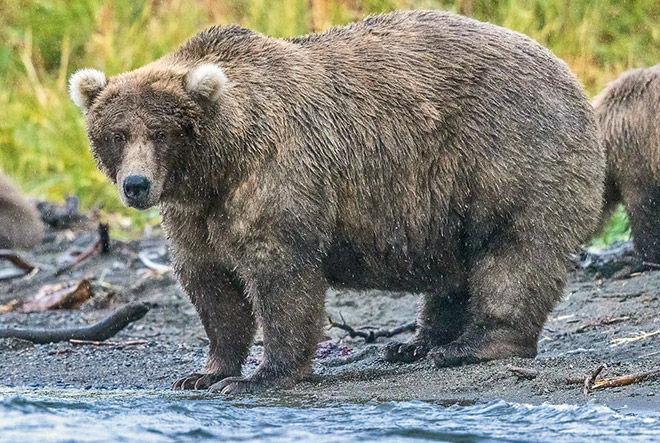 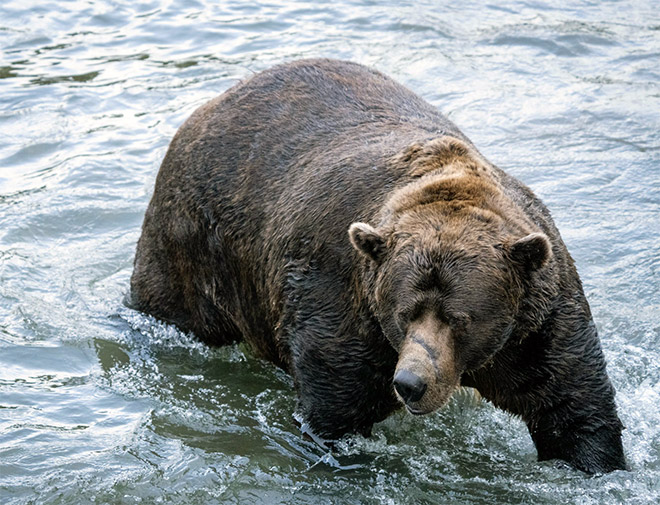 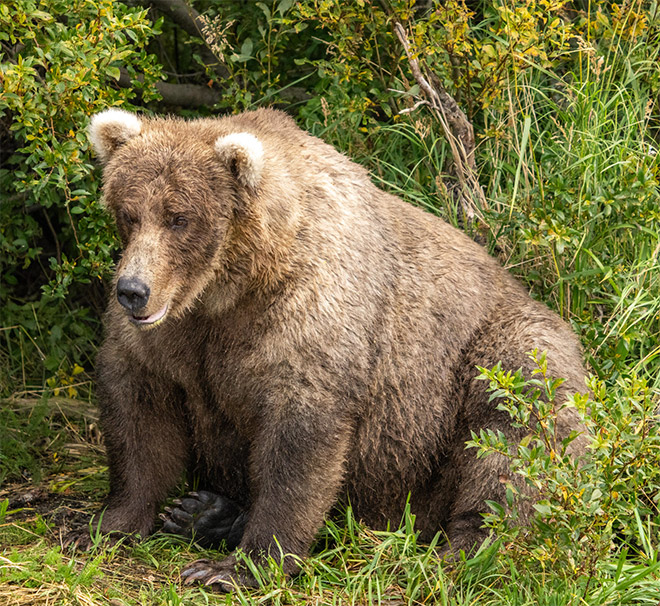 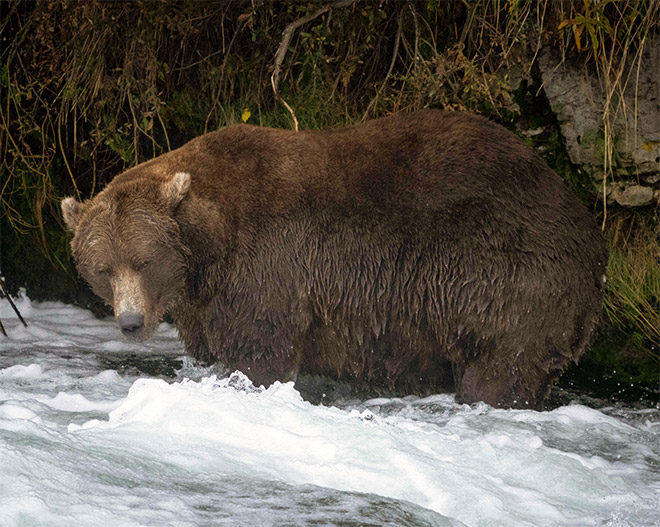 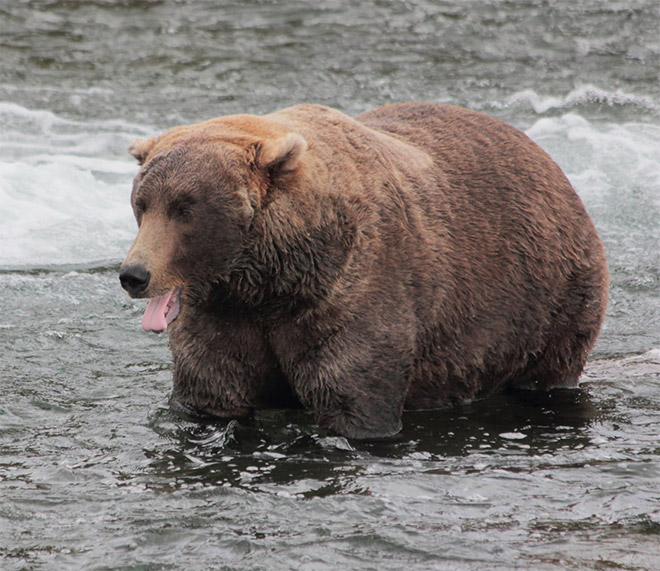 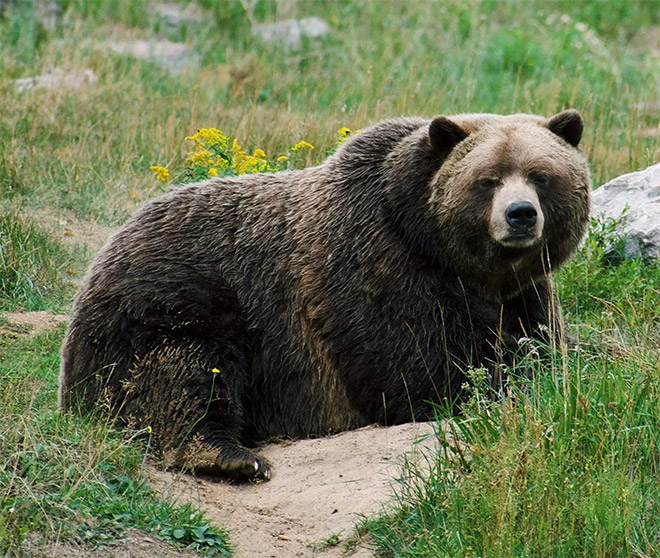 Photographer Peter Thorne Captures Adorable Photos Of Toronto’s Chubby Cats
Wildlife And Stars In Stunning Photographs By Mark Andrew Thomas
This Woman Turned Her Friend's Home Into A Cat Paradise For Their 7 Kitties
Meet Squishy And Rosy: The Turtles Have Their Instagram Followers Hooked
Meet Nangua, A Very Rare (And Very Adorable) Bright Orange Baby Monkey
Spectacular Wining Photos Of The Siena International Photo Awards 2018
2021 Pooping Dogs Calendar Is Here, and This Year Contains a Puzzle
The Winners Of 2021 WildArt Photographer of the Year Motion Competition
These Two Cats In Japan Have Been Trying To Sneak Into A Museum For Years
These Fairytale Felted Houses For Cats Are A Must Have
Amazing Aerial Highlights From The 2015 Nat Geo Traveler Photo Contest
Spectacular Winning Photos of The Wildlife Photographer of the Year 2021
Grumpy Cat Not Happy to Be Named First Madame Tussauds Cat
Nubian Ibex Make the Most of Lockdown in Israel
Breathtaking Photos of Models Pose with Endangered Animals
Smartphone Snaps Surprise in The 2021 Mobile Photography Awards
The Winners of the Luminar Bug Photography Awards 2020 Have Just Been Announced
Melanie Faith Dove and Andrew Chapman – 'Working Dogs' Book
Artist Creates Adorable Cloaks That Will Turn Your Pet Into A Game Of Thrones Character
2015 Africa Geographic Photographer of the Year Award
Amazing Black and White Winning Images of The WildArt POTY Monochrome Competition
Reconnect with Nature: Spectacular Winning Photos from The Rediscover Nature Photo Competition 2020
Sad Animal Facts Are The Cutest Way To Ruin Your Day
Stunning Winners Of The 2018 Dog Photographer Of The Year Contest
alaska, bear, contest, fat, wildlife, winners