This Archaeology Soap Has Hidden Dinosaurs Inside 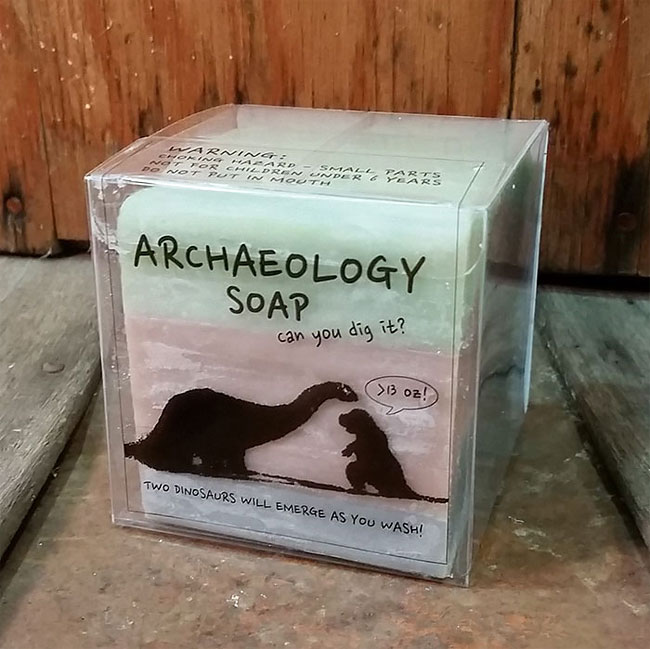 Bath time is already fun, but why not make it even more enjoyable with this awesome archaeology soap, available on ThinkGeek?

Before you say it, yes, we know it should technically be called paleontology soap, but what’s done is done. And whatever it’s called doesn’t change the fact that it’s the coolest soap around. Why? Because it’s got dinosaurs inside it! 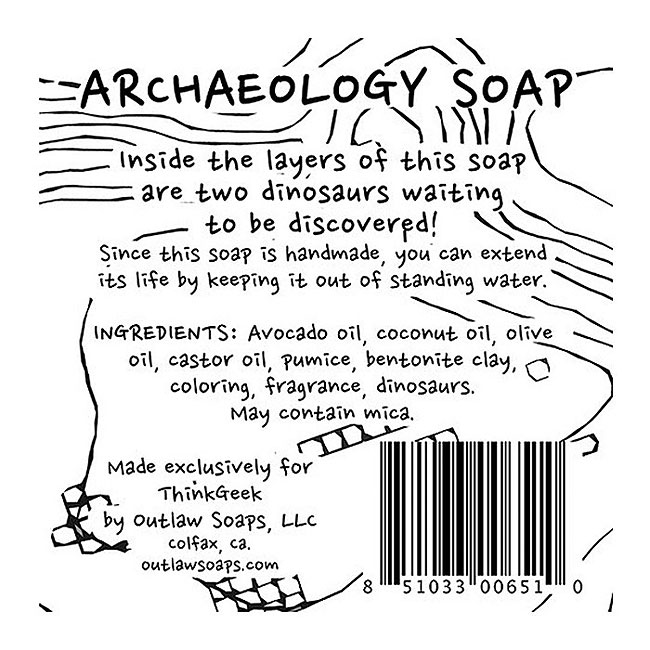 The soap is made to replicate the layers of the earth, and each layer contains different elements such as bentonite clay and pumice that wear away at different rates, just like in real life! 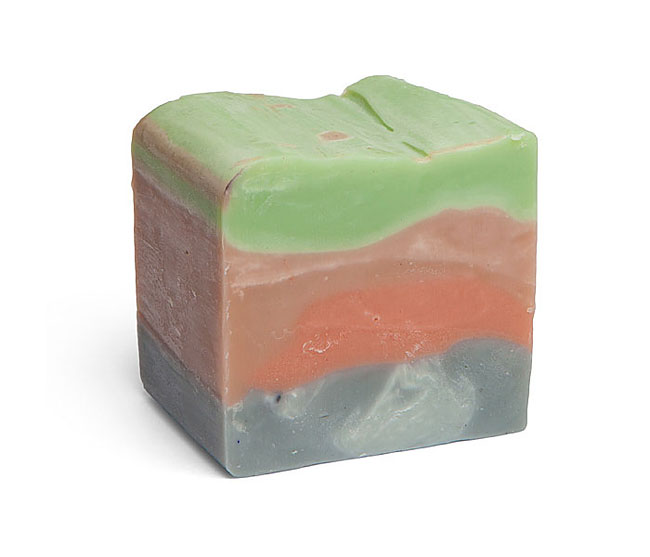 The soap is a 13oz, 3-inch cube, which is pretty huge for a bar of soap, and it apparently smells like dirt with a hint of peppermint (don’t ask). Want one? Then head on over to ThinkGeek. 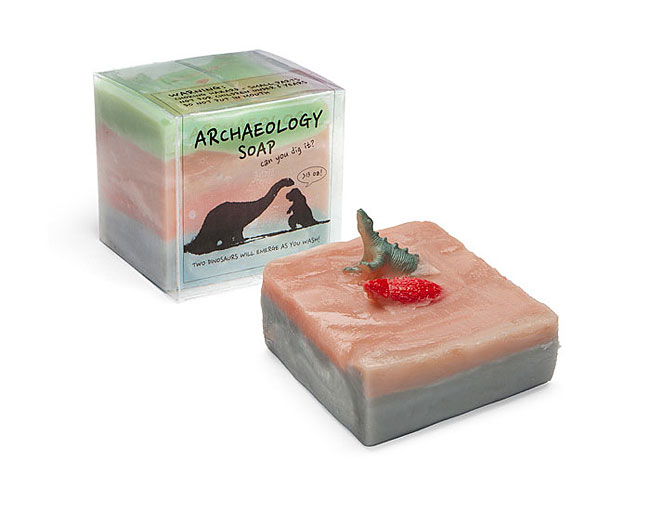 Plastic Trash Gets New Life As Art
Clever Way To Make Your Basement Seem Brighter
“Star Wars Bands”: Superfi Spoofs Popular Album Covers Using Star Wars Puns
Volkswagen Just Re-Released Everyone’s Favourite Hippy-Van… But Now It’s Electric
"Say No More": We Can't Quite See McDonald's Latest Campaign, But We're Lovin' It
Disco Truck: A Cement Mixer Transformed Into A Giant Disco Ball
Apparently, Embroidery Tattoos Are A Thing And It Looks Cooler Than It Sounds
Denture Drill Bit Holder Is a Brilliant Use For 3D Printer
Taxidermy Animal Hats: Bizarre Victorian Fashion Trend
Turkish Artist Turns Faceless And Boring Clothes Into Piece Of Art
This Russian Artist Dresses Herself And Her Models In Surreal And Weird Costumes Made Out Of Vegetables, Fruits And Plants
Winter Is Coming, So Please Enjoy This Insane 1980s Book Of Knitted Sweaters
Breathtaking Minimalist Tattoos By A Korean Artist
Quirky Photographer Justin Quinnell Is Known for His Eye-Catching Photographs Taken from A Unique Angle – Right Inside His Mouth
Japanese Youtuber Makes Easy DIY Face Masks That Look Surprisingly Cool
See How This Illuminated Portrait Of Nikola Tesla Was Made
The Truth is Out There! Introducing The 2021 Ghana Alien Silver Coins
Artist Creates Mosaic Art Using Upcycled Surfboards And Other Things
Ceramic Dragon Oil Lamp For The Mother Of Dragons
Inside The Abandoned Six Flags, New Orleans
A Finnish Factory Worker Dies, Leaving Behind A Wonderland Sculpture Garden
This Alien Face Mask Is Sure To Keep Covid At Bay
A Floating Forest Is Being Installed In The City Of Rotterdam
Another Young Makeup Artist With Mad Skills
archaeology, dinosaurs, hidden, inside