Museum Uses Brilliant Ads To Get You Excited About Science 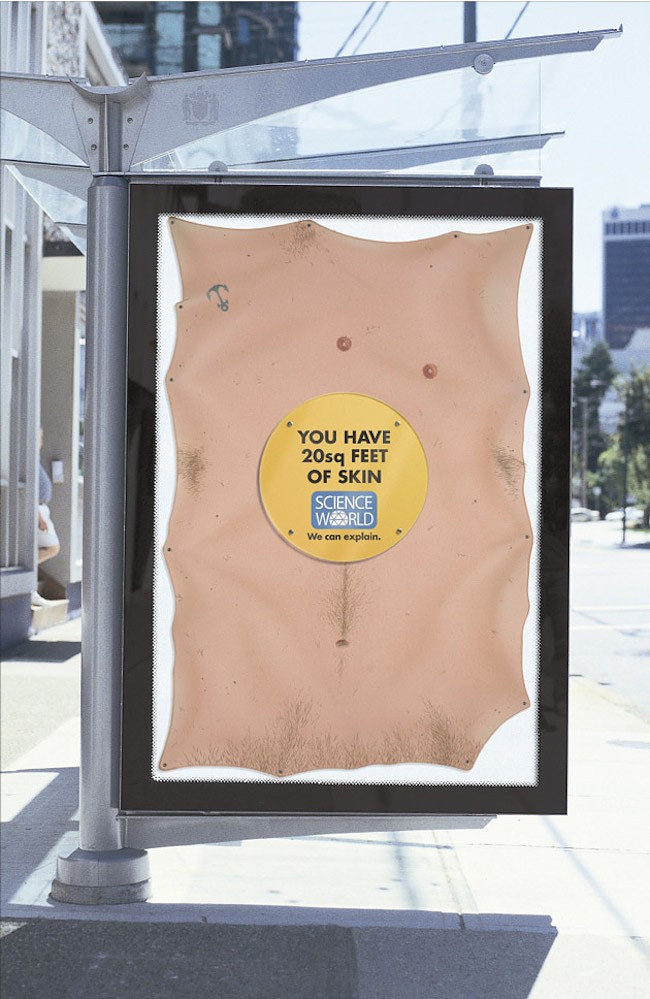 Science people have all the brains, even when it comes to a spot of advertising. Wanting to engage the public with science —in a way that was both thought-provoking and fun—Vancouver’s Science World teamed up with creative agency Rethink Canada to produce these very clever ads. No need to double check these quirky facts, they’re all scientifically verified, promise. 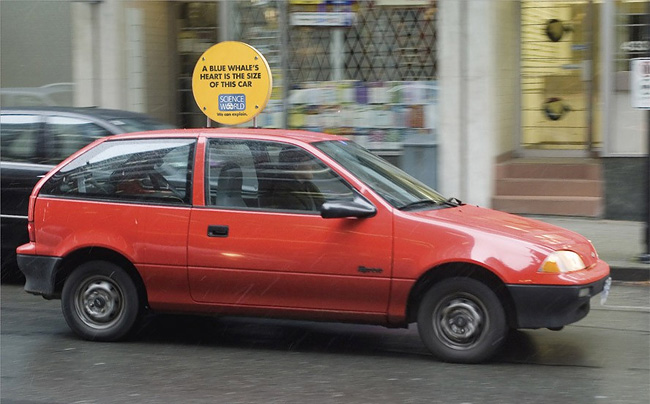 “A blue whale’s heart is the size of this car.” – Well, that’s bigger than I imagined, but considering a blue whale weighs about 170 tons… 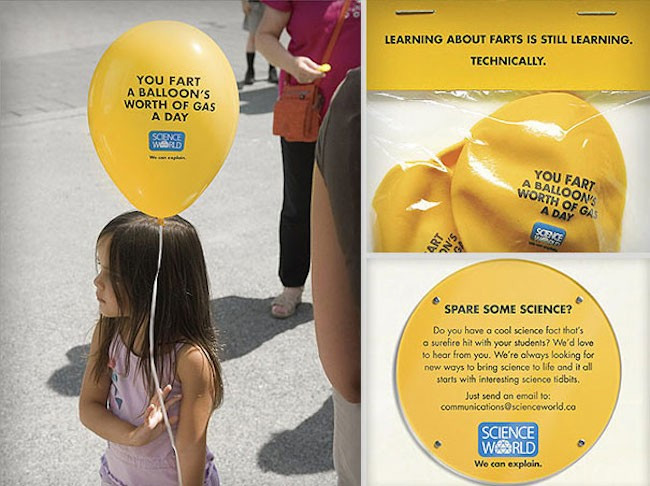 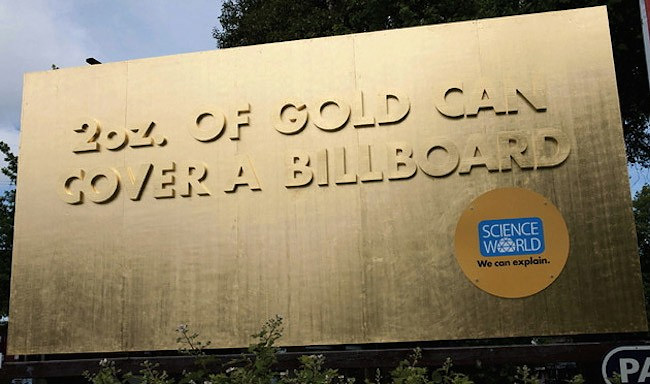 “2oz. of gold can cover a billboard.” – Gold can spread out like nobody’s business, in fact it’s a soft metal that can be easily shaped and stretched. 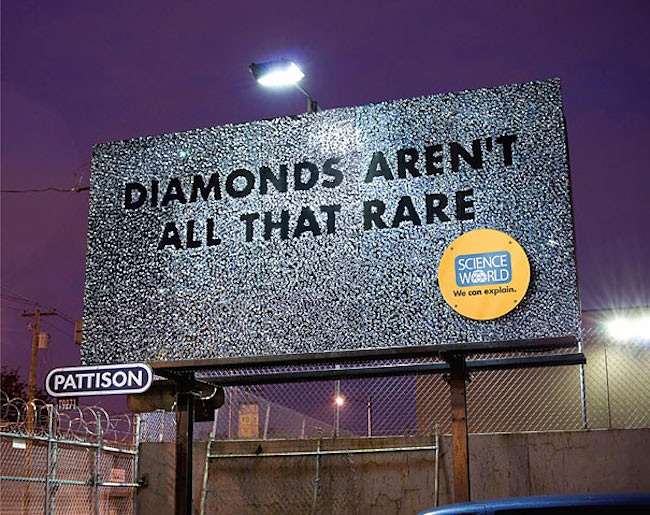 “Diamonds aren’t all that rare.” – Surprisingly, emeralds, rubies and even sapphires are more rare. 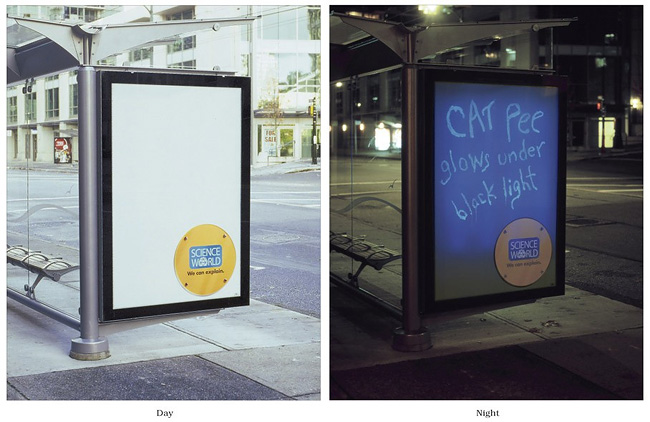 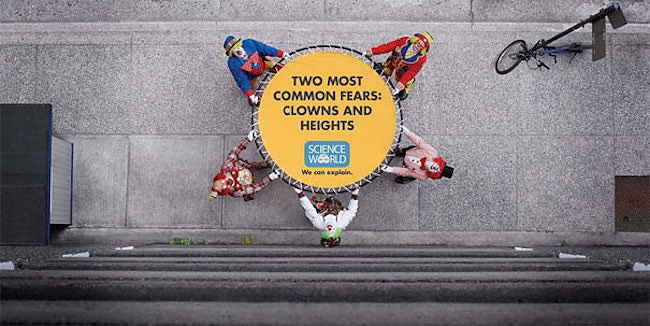 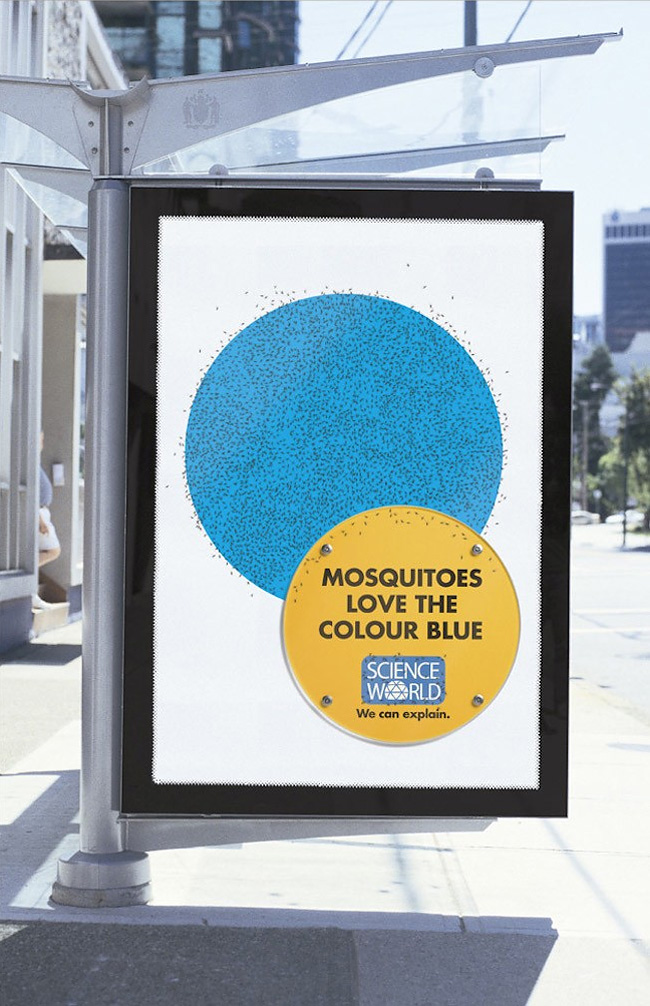 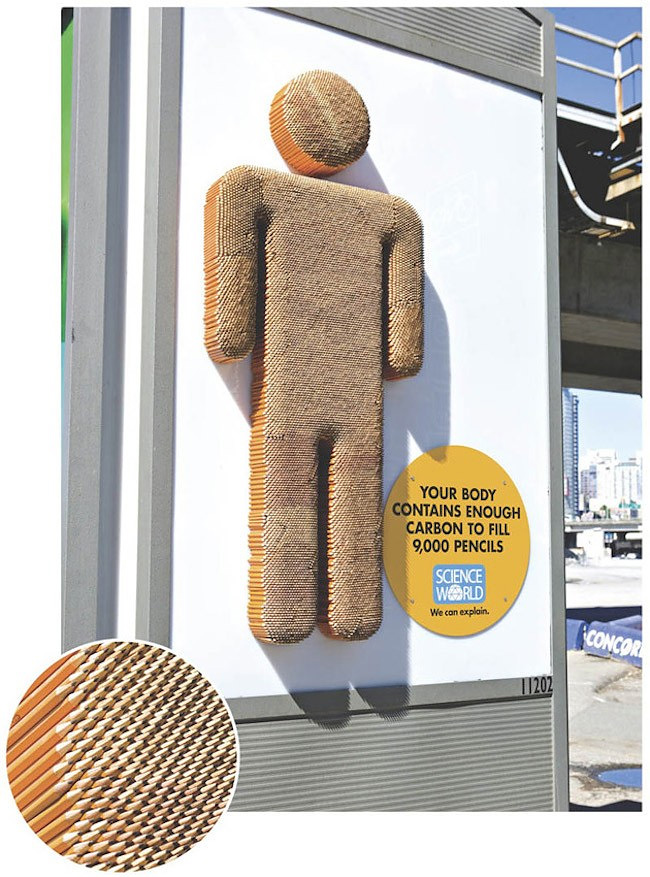 “Your body contains enough carbon to fill 9,000 pencils.” – The average human’s body is made from 18.5% carbon. Try fitting that in your pencil case. 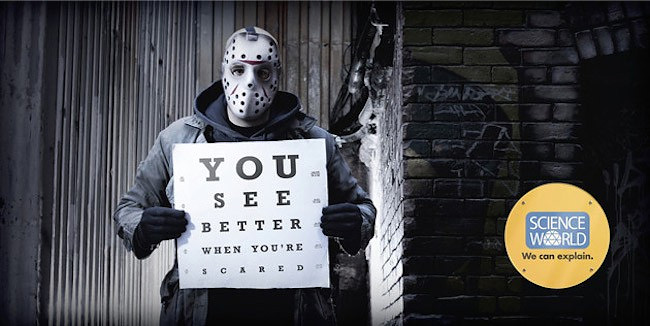 “You see better when you’re scared.” – This fact refers to the body’s fight or flight response. The hypothalamus triggers a number of autonomic body responses, one of which being the dilation of your pupils to take in as much light as possible.

Meet Trophy Wife Barbie: She Smokes, Drinks, And Raises Hell
Russian Artist Pepelangelo Turns Pepe The Frog Into Masterpiece Paintings
After Having Triplets, This Artist Founds A New Passion For Painting
Things We Tend To Forget
Illustrations That Prove Speech Bubbles Can Tell Their Stories Without Words
Chinese Army Girls: The Superb Oil Paintings of Hu Ming
The New York Times Magazine’s Logo Reimagined
"Build The Future" - Lego’s Brilliant Print Ads From The Cannes Festival
Surreal Animal Hybrid Tattoos Look Like Quirky Sketchbook Drawings
"Salt In Your Wounds": The Astonishing Fantasy Works Of Zeen Chin
This Artist Redraws Photos Of People In Their Twitter Profile, And The Results Are Funny!
Nuclear Monster: Naked Putin Became a Character in The Paintings of A Ukrainian Artist
Art in Faces: Superb Portraits by Gennadiy Kim
Artists Give The Lion King Live-Action A 'Cartoon' Edit
How To Become a Cat: The Complete Guide
Amazing Surreal Photo Collages by Elena Vizerskaya
Papers for Characters
Godzilla Haikus Are Exactly What You Need Today
"Stagnation": An Illustrative Exploration of Modern Surrealism by Anastasiya Kraynyuk
Male Pin-Ups By Paul Richmond
Amazing Bike Made of Ice
SUPER SODA POPS by Chungkong
Sin Eater: Illustrations from The Heart of The Herefordshire Countryside by Matthew Glover
Disney Princesses Gracefully Reimagined As Poetic, Staid Digital Illustrations
about, brilliant, excited, museum, science