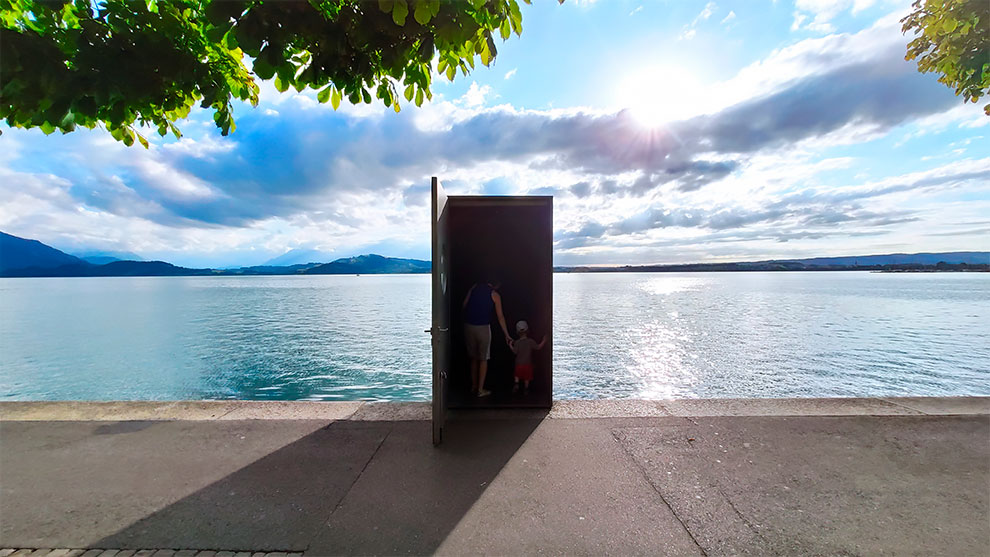 On the shore of Switzerland’s Lake Zug lies a door.. that takes you down a flight of stairs.. to an underwater observatory where you (apparently) can’t see much. 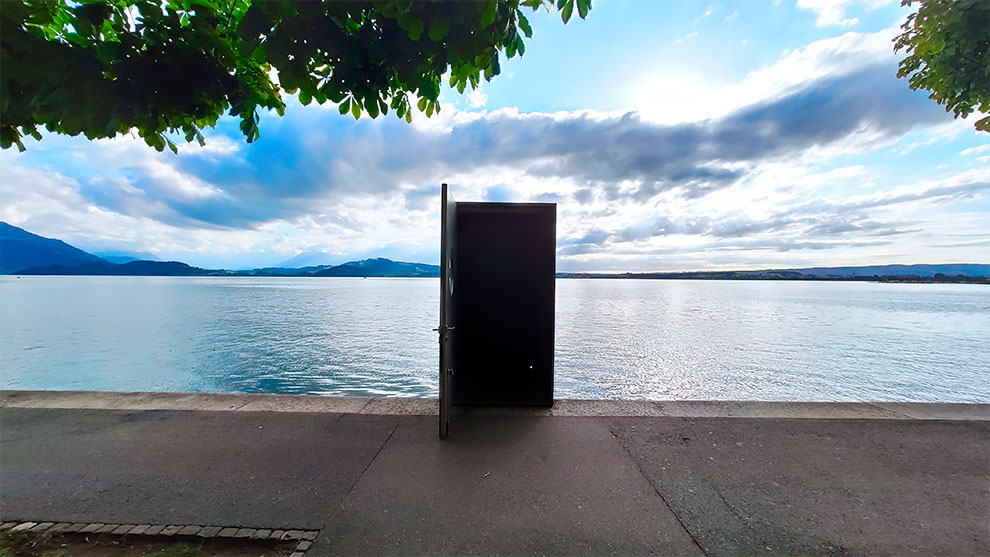 However, if you look at the doorway straight on, it’s eerily reminiscent of the ‘door to the real world’ from the film, The Truman Show, starring Jim Carrey as Truman Burbank. For those unfamiliar with the film, you can see the scene/reference (obligatory spoiler alert): 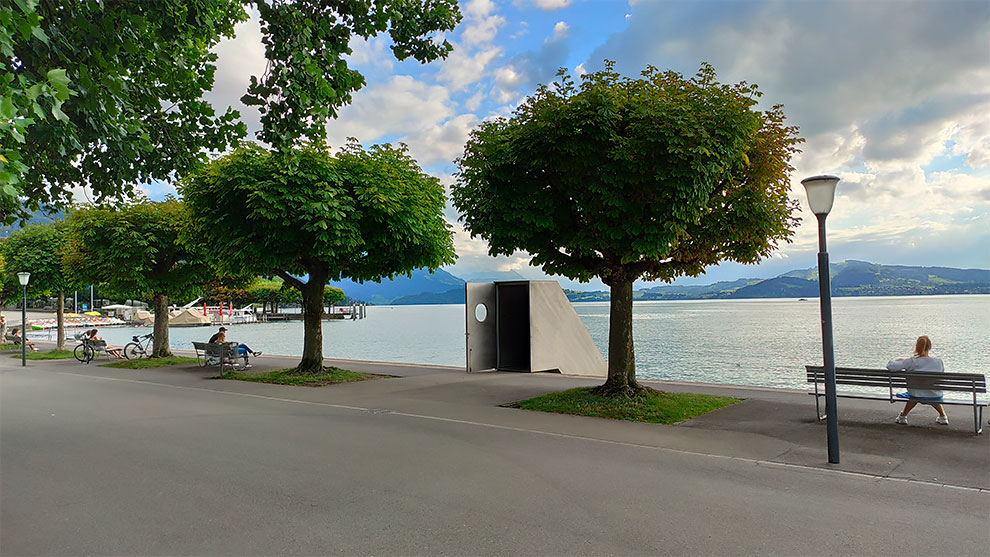 According to the photographer, the underwater observatory is quite small, maybe the size of an elevator. It’s about 20-30 steps down and there is a glass window which others mention you don’t usually see much from aside from maybe a few fish. 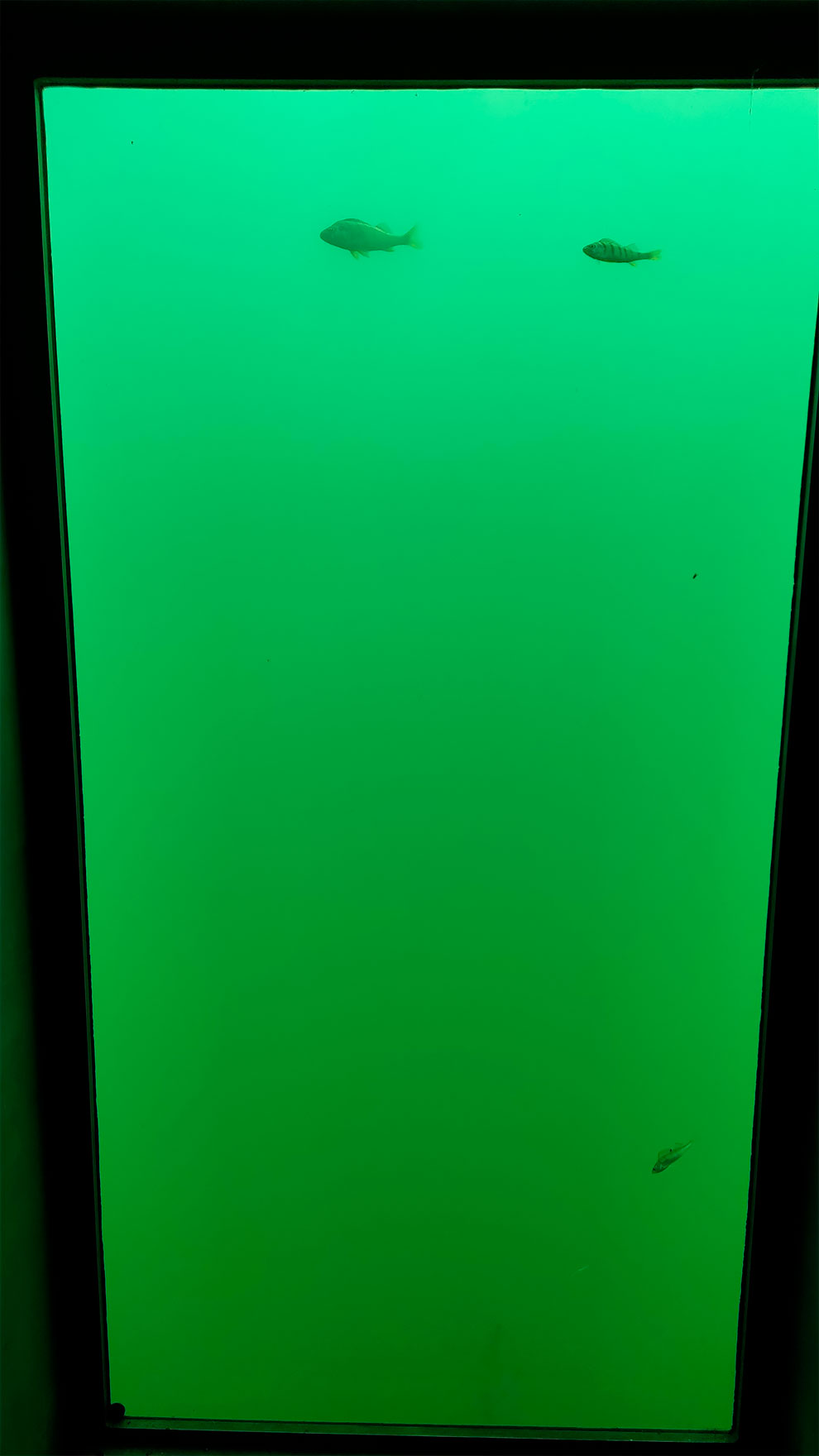