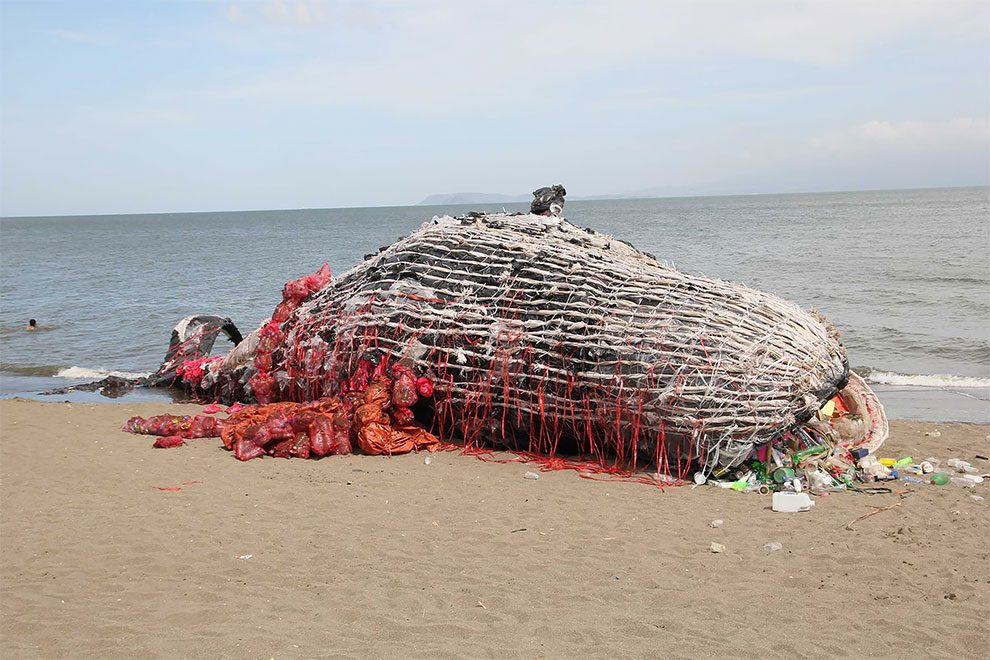 Greenpeace Philippines has launched a 50 ft sculpture of a dead whale made out of plastic waste in a campaign to raise awareness about the effects of dumping rubbish. 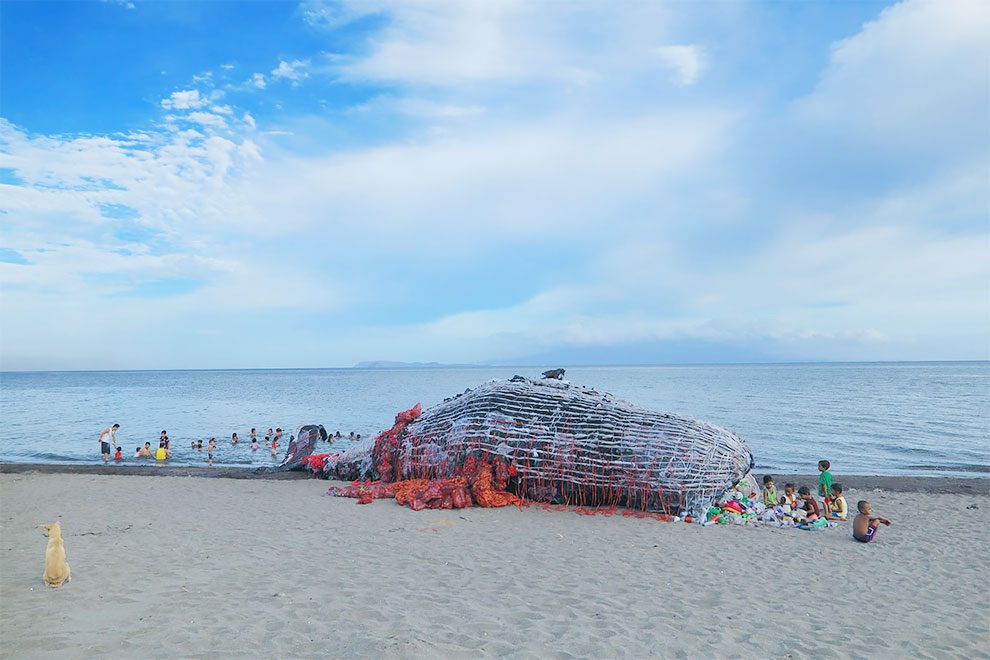 A collaboration between Greenpeace and Philippine-Japanese creative agency, Dentsu Jayme Syfu, the “dead whale” was a real-life billboard of a blue whale made of plastic to increase awareness on ocean pollution. It was inspired from the 30 beached whales found in the shores of Europe just last year. One of them was found in the Philippines last December in Samal, Davao. 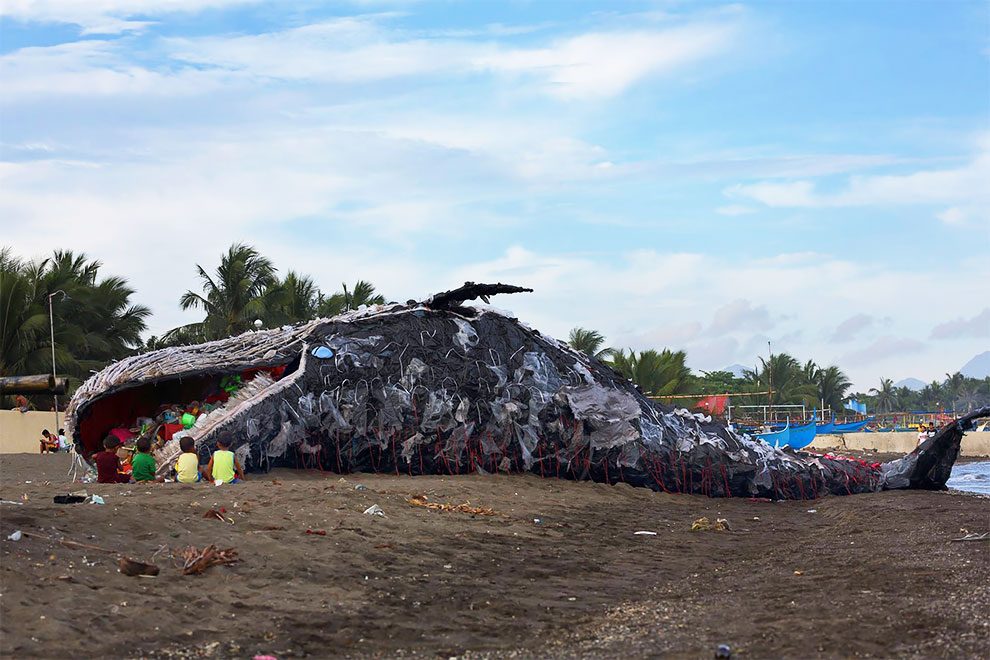 It is a massive 73 ft. x 10 ft. installation made of plastic wastes found in the ocean. The agency tapped local artists to help craft every detail and texture of the whale—the slimy innards sprawling out of its underbelly which composed of plastic bags, remains of plastic containers, sachet, bottles and more, ensuring its realism from afar and up-close. 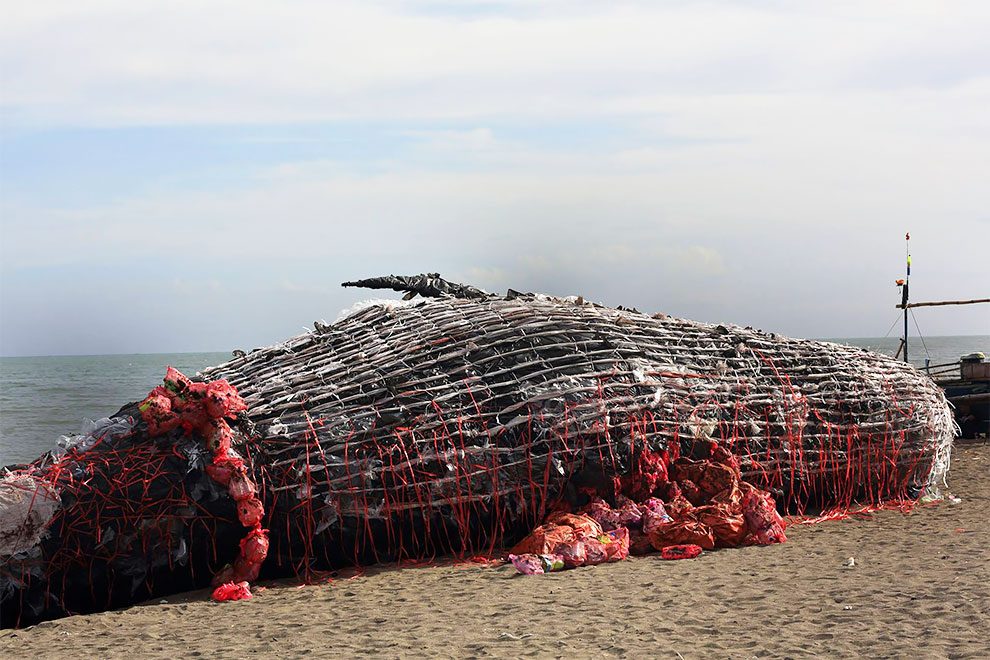 It was unveiled on the morning of May 11 in the Sea Side Beach Resort of Naic, Cavite. Pictures and videos of the “dead whale” immediately went viral on social media especially amongst people mistaking it for a real whale. 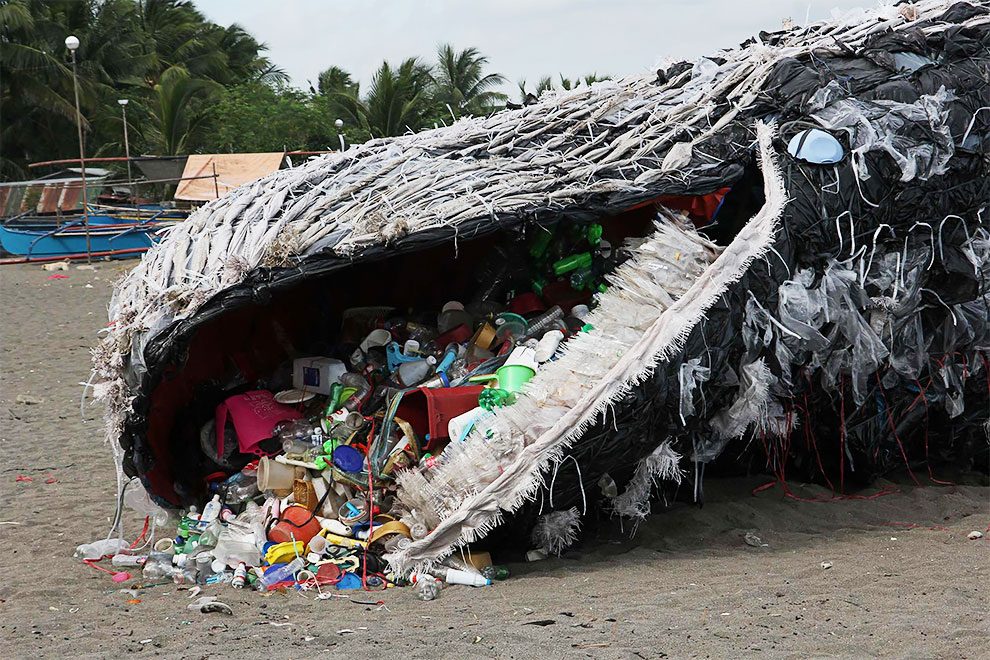 The Colorful Bedroom Inside The House In Denmark Is Made Entirely Of LEGO
The Innovative Minimalist Earrings By The Designer Otis Jaxon
52-Year-Old Filipino Driver Uses Aluminum Wires To Create Amazing Works Of Art
Head Back To The 80s With Chris Mcveigh's LEGO Retro Desk Kits
12 Year Old Girl Invents An Adorable Teddy Bear That Hides IV Bags Making Infusions Less Scary To Children
Mumbai’s Taxis Makeover
These Marine-Themed Cakes Are The Coolest Treats We’ve Seen In A While
Artists Recreate Van Gogh’s Iconic Bedroom And Put It For Rent On Airbnb
This $5,900 Desk Let’s You Work On Your Computer Lying Down
Guy Builds A VHS ‘Store’ In His Basement And It Might Give You Nostalgia
Beautiful Chimera: South Korean Artist Paints Optical Illusions On Her Face
Amazing Geometric Tattoos By Turkish Artist Okan Uçkun
This DIY Kit Gives Creepy Glowing Red Eyes To Any Statue
The Velo Chair Uses A Single Piece Of Bent Wood As The Backrest
Iconic New York City Buildings Are The Pieces In This Chess Set
New Handmade Lagoon Tables Made From Resin And Cut Travertine Marble
Landscape Designer Tells A Touching Story About Loss Through His Award-Winning Garden
Glass And Concrete Sculptures By Self-Taught Artist Ben Young
The Albert Clock Wants Your Complete Attention And Your Math Skills
Oakland-Based Artist Gabriel Schama Creates Precisely Layered Wood Relief Sculptures That Are A Delight To Explore
Twin Skulls Transform The Facade Of This 19th Century French Castle
This Stunning Dragon Bench Was Birthed From A Chainsaw And Single Log
Hairy Leggings Are Here To Create the Illusion Of Unshaven Legs
Simon Lee's Superb Sculptures of Hellish Monsters from the Underworld
Bold Line Drawings Layered On Top Of Deconstructed Images Of Fruit, Flowers, And Animals In Tattoos By Mattia Mambo
Miyu Kojima Creates Miniature Replicas Of Lonely Deaths
Nature-Inspired Tattoos Combine Vintage-Style Etchings of Fauna and Flora
Futuristic Large-Scale Installations Built In The Heart Of Al Ula Desert In Saudi Arabia
Medics To The World: Latvia Unveils 20ft High Sculpture Honouring Medical Workers
These Craftsmen Are Making Stunning Furniture And Art Objects Out Of Parts Of The Soviet And Russian Airplanes And Helicopters
awareness, plastic, raises, sculpture, waste, whale