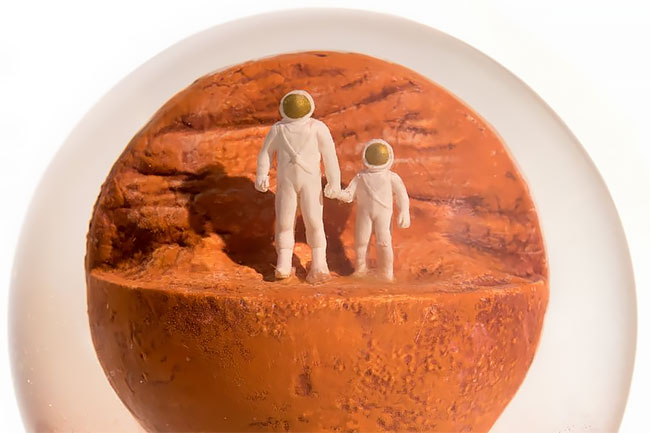 Designer, Dan Abramson (previously), is at it again with the Mars Dust Globe, a modern twist on the classic water snow globe, where the snow is a mesmerizing Martian Dust Storm.

“My dream is to get the children of Earth excited and curious about space exploration. We humans are on the edge of unknown frontiers, and my contribution to space innovation will be a snow globular one! I’ve made a batch in my studio, so I’ve already worked out the kinks. Now, I need funding to make my next run at a legitimate snow globe factory. This globe is the first of an entire suite of space toys I plan to make,” he wrote. 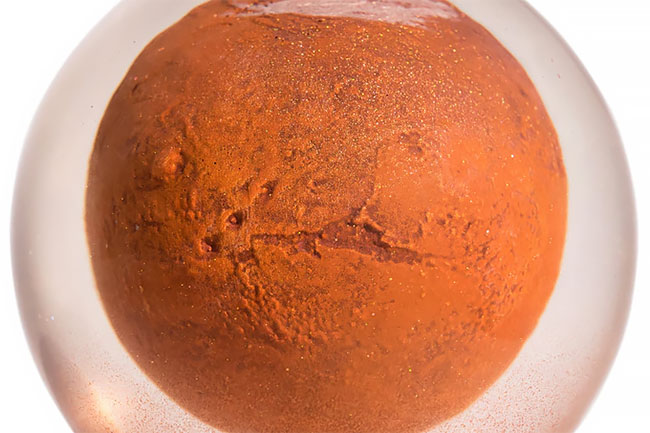 The globe had to not only achieve a great swirl, but it also had to eventually settle and become clear. Adding too much material would stain the water, and too little was no longer stunning.

“For my prototype version, I used an off-the-shelf aluminum air vent for the base, and sand blasted away the chrome coating. But that was too expensive and challenging to preserve without getting gnarly fingerprints all over it. So the final version will be a more perfect cylinder (made of metallic painted plastic).” 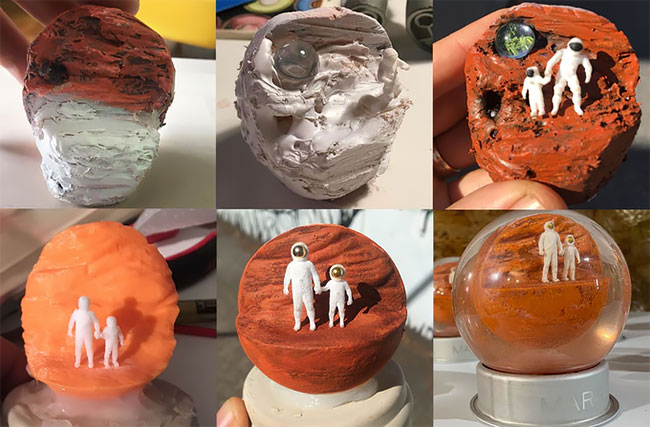 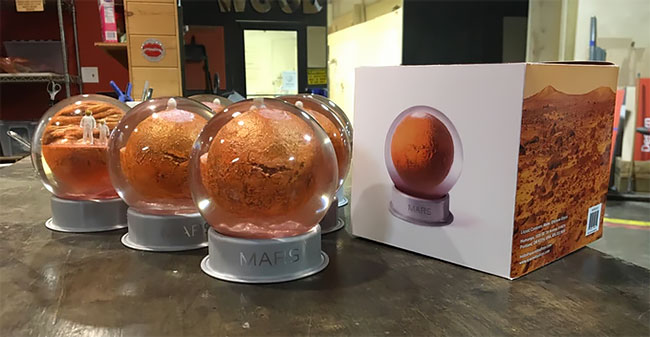 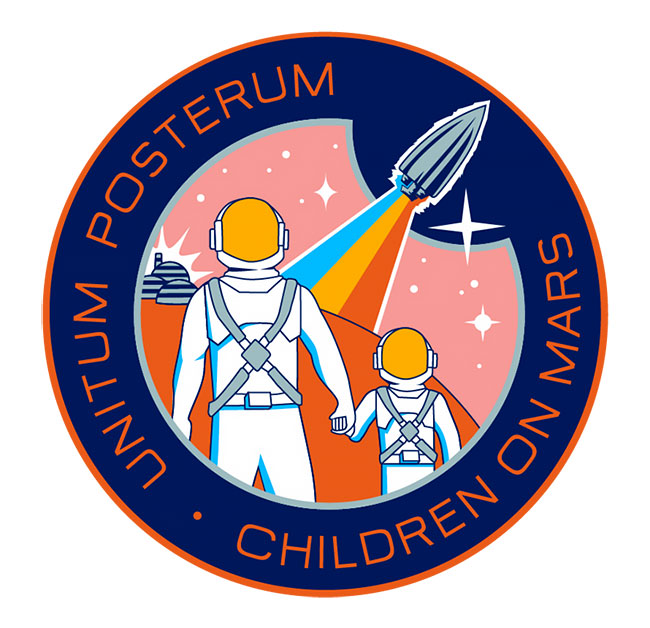 Stunning Diorama Table Features Pieces From Tabletop World
Artist Remade Her Old Typewriter Into An Octopus To Explore Higher Ideas
CarbonScape - A Kinetic Data Soundscape Installation That Visualize CO2 Emission Rising Rate In Past 60 Years
Ukrainian Artist Continues To Remove Makeup From Dolls To Repaint Them In A Very Realistic Way
What Would U.S. Money Look Like, Given The Proper Attention Of An Industrial Designer?
This Armchair Is Designed To Fold Out Into A Bed
Designer Makes Her Clothes Unique By Printing On Manhole Covers, And It Breaks The Internet
Leah Yellowbird Pattern Cardboard Animal Heads
Coca-Cola Removes Labels From Cans to Fight Against Prejudices
'Game Of Thrones' and 'League Of Legends 'Inspired Jewelry Made Out Of Scrap Metal
Here’s How Employees From Different Industries Decorated Their Workplaces With Very Fitting Christmas Trees
Ocean Wave Vases And Sculptures Capture The Majestic Power Of The Sea
This Woman Made A Coronavirus-Shaped Piñata For Her Friends’ 30th Birthday So They Could Get Revenge
Portuguese Street Artist Wrapped Up A Giant Squirrel On The Streets Of Tallinn In Estonia
The Most Memorable Holidays Captured On Summer Jewellery
Thousands of Colored LEDs Turn Dutch Farmland Into Nighttime Wonderland
"Of Beasts And Beauty": Artist Creates Beautiful Animal Jewelry Out Of Silver And Bronze
Cute As A Button Crochet Cowls
Artist Erik Jensen Turns Used Keyboards Into Famous Works of Art
This Woman Creates A DIY Dollhouse Door Electrical Outlet Covers
This 3D Printed Modern Clutch Was Inspired By A City In Switzerland
Artist Creates Food-Shaped Purses To Add A Tasty Touch Of Whimsy To Any Wardrobe
“Yoga Joes” Green Army Men Toys Encourage People To Find Inner Peace
Soviet Fashion: Style Pages From 1980s U.S.S.R.
dust, globe, mars, snow, storm, toy