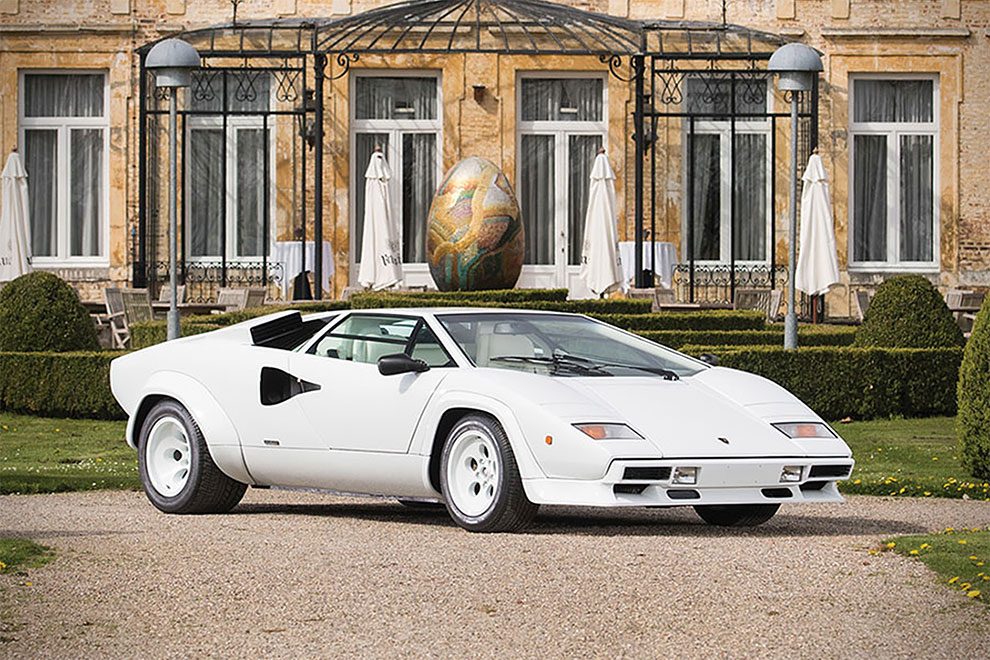 ‘Eye-catching 1980’s opulence’ is perhaps the best way to describe this particular Countach, one that stands out from even the most outlandish of Countaches thanks to its incredible specification. Finished new in white over a white leather interior, the car was further outfitted with much of its interior trim gold-plated, including the steering column, gated gear shifter and gate, instrument cluster, trunk and engine handles, door sills, and even the exterior badging, as well as exhaust pipe tips. Lamborghini has confirmed that this is one of just two Countaches to ever leave the factory equipped as such. 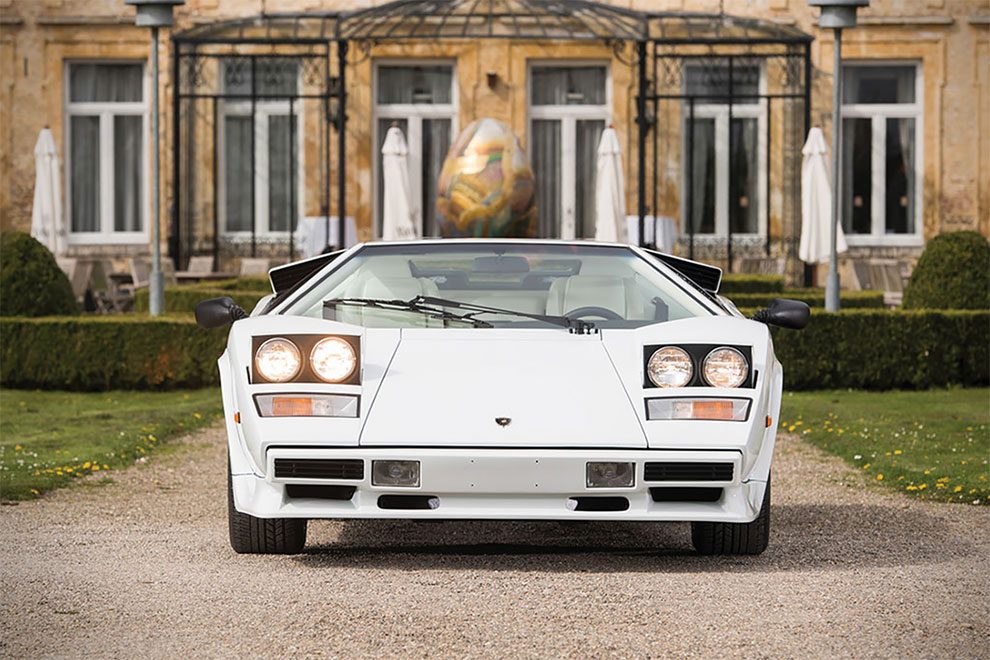 Following its completion, the car was delivered new to the United States, where it remained for a number of years before being imported to Japan. It was eventually acquired by its current Dutch owner and sent to Lamborghini Polo Storico for an engine-out restoration. The car was found to be in good condition overall before the work commenced, and it was fully stripped to bare metal and refinished in its original colour combination of white over white, and all of its 14-karat gold trim was refitted. The car, the first Countach to be restored by Polo Storico, is accompanied by a book of restoration photographs, chronicling the work done by Lamborghini Polo Storico, as well as restoration receipts and a certificate from Lamborghini’s Polo Storico department confirming the restoration and authenticity of this rare Countach. According to its owner, the car runs and drives well and is said to shift smoothly, providing a wonderful driving experience. 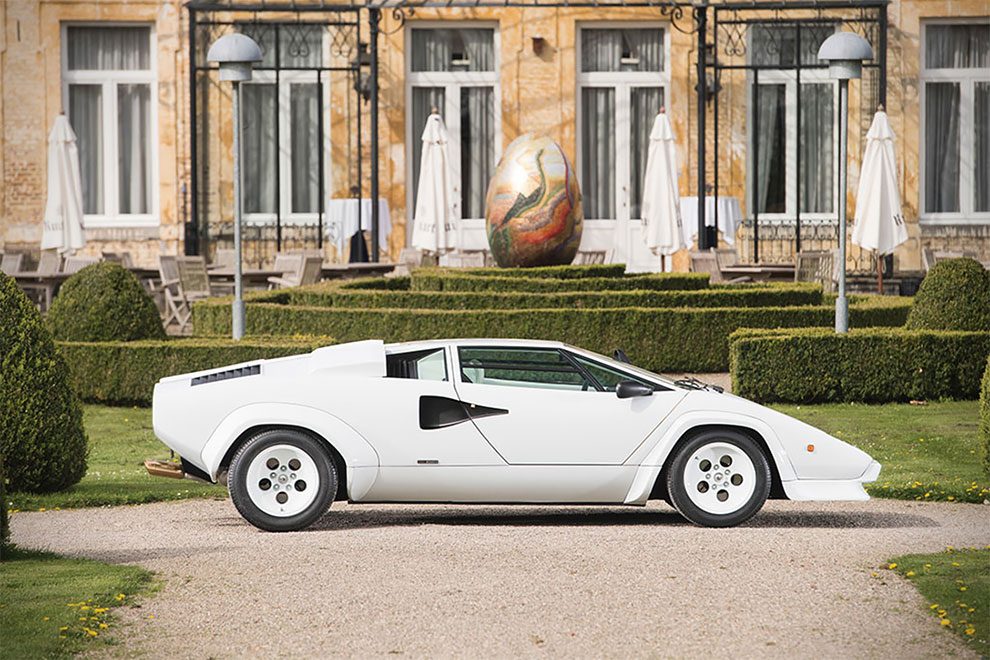 Arguably the quintessential 1980’s supercar, the Lamborghini Countach became not only a supercar legend, but also the poster child for a generation, combining all the excess and flair that the decade of the 1980s was known for. This particular Countach would fit right in at Miami Beach or in any Lamborghini collection as a wonderful example of one of the marque’s and Marcello Gandini’s most iconic designs, and one restored by the factory itself. 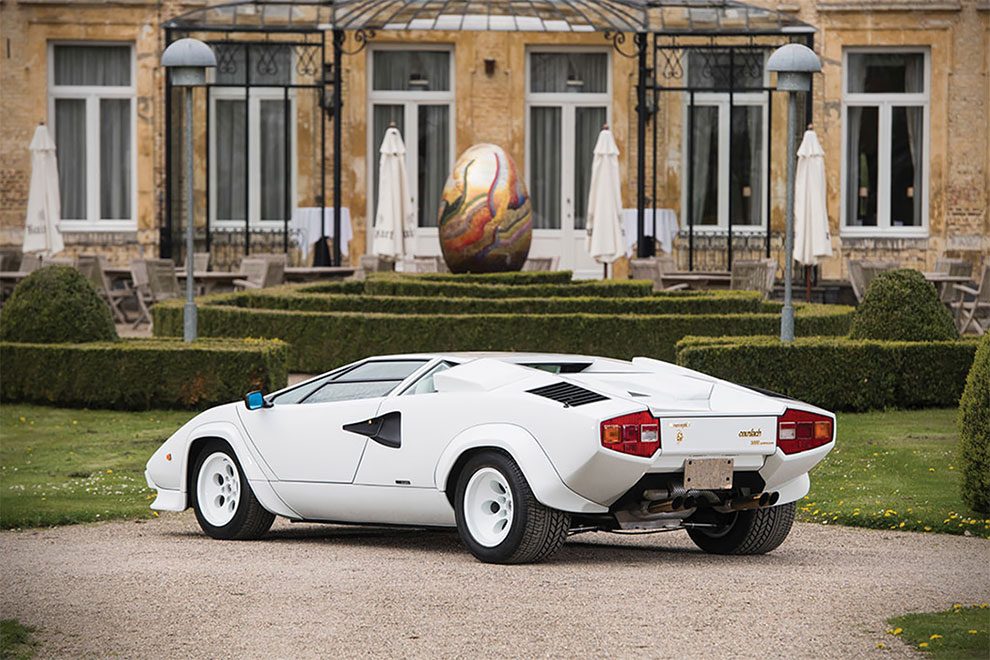 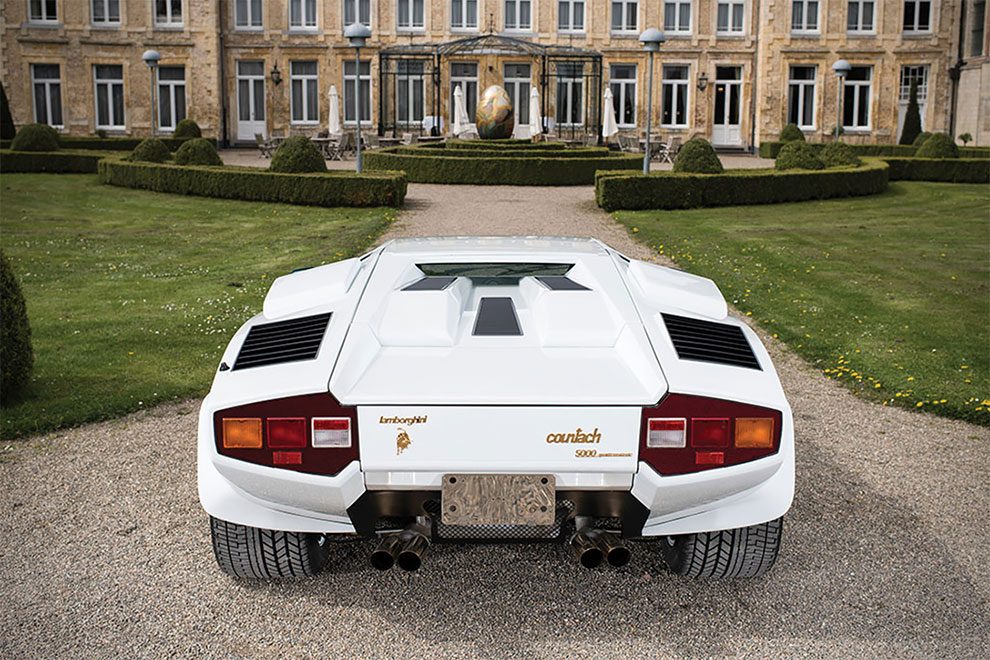 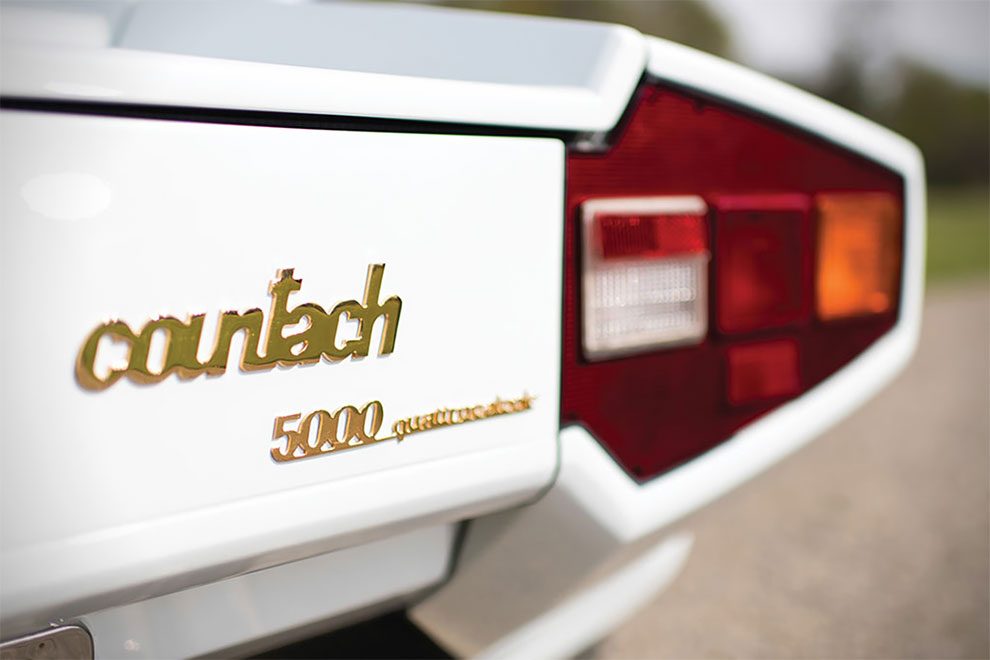 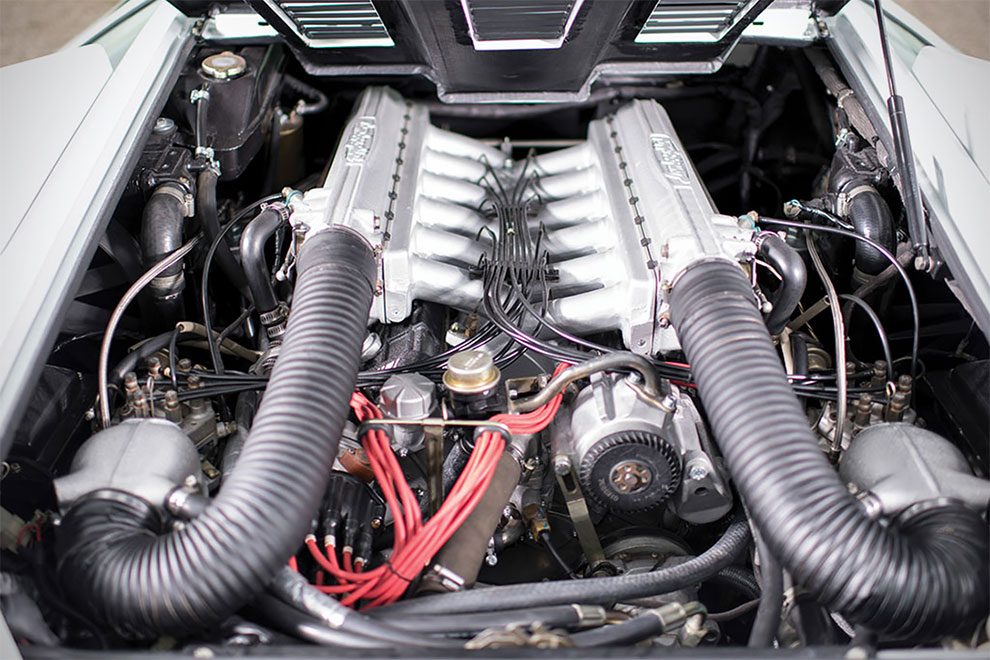 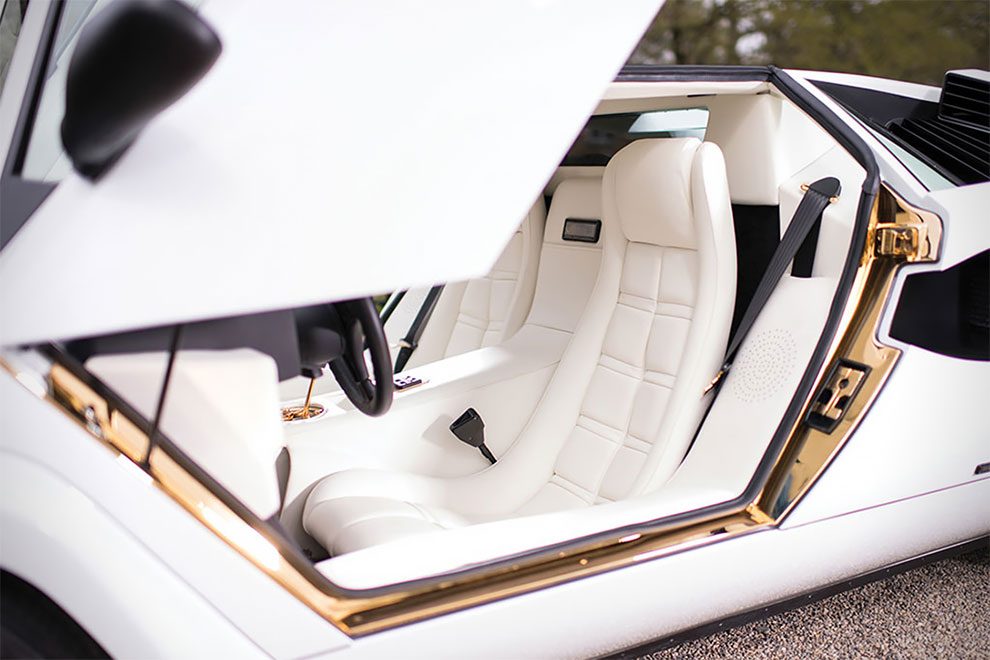 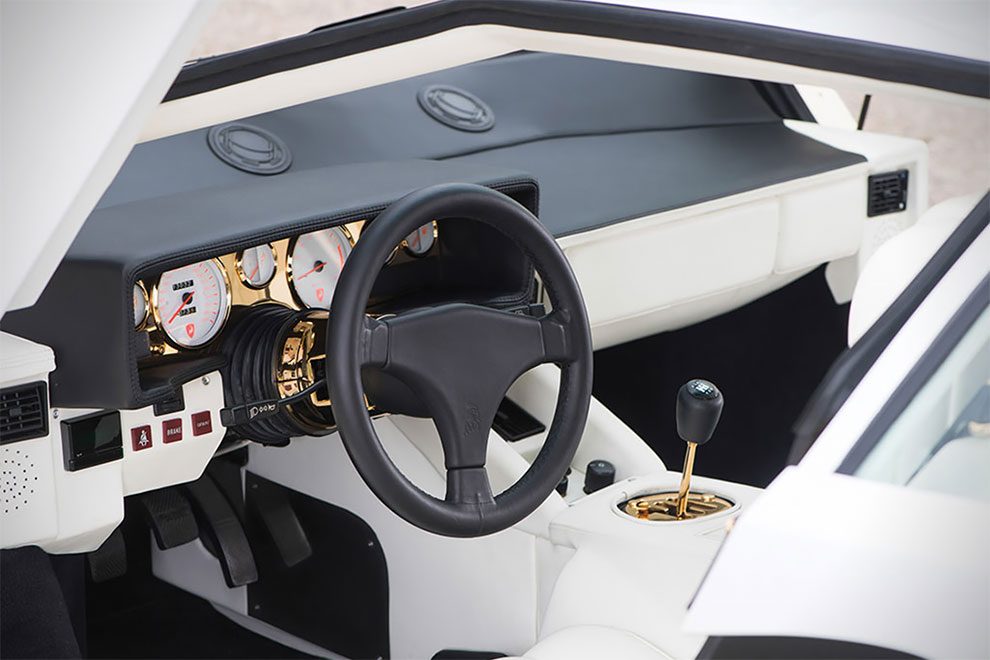 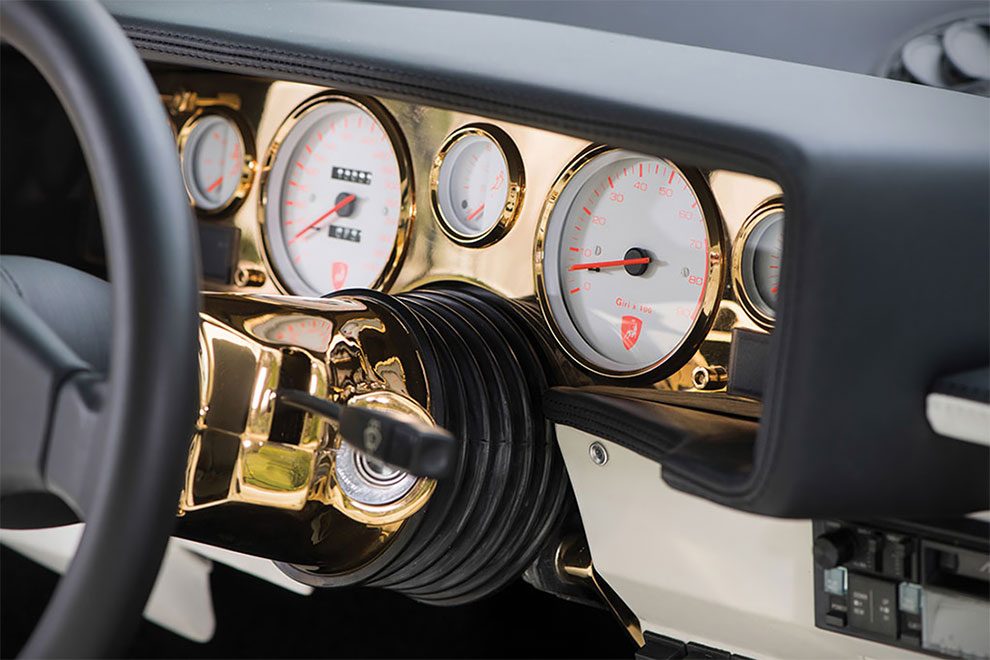