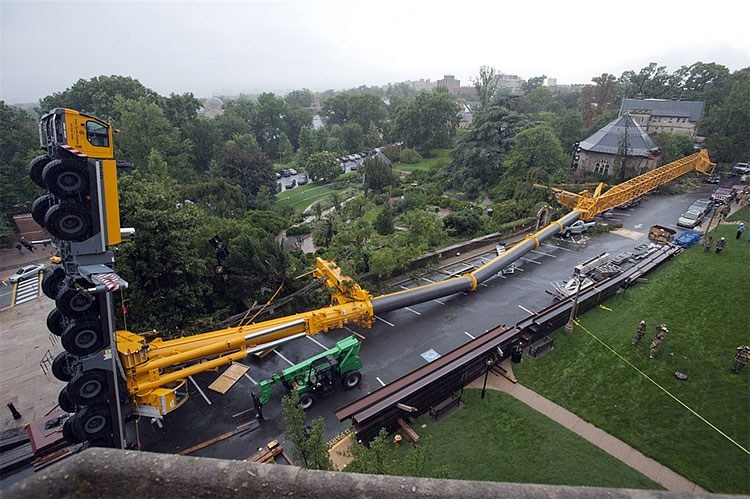 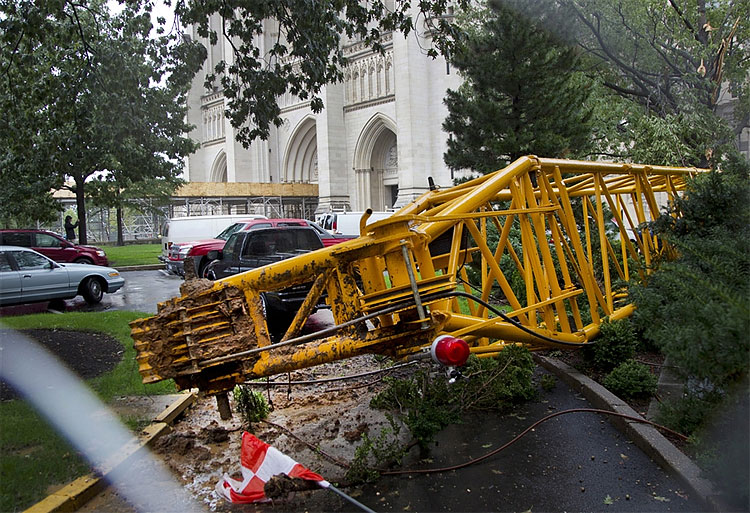 A part of a large construction crane is seen next to the Washington National Cathedral Wednesday, Sept. 7, in Washington. The 500-foot crane fell amid thunderstorms, damaging two buildings and several vehicles. (Carolyn Kaster / AP) 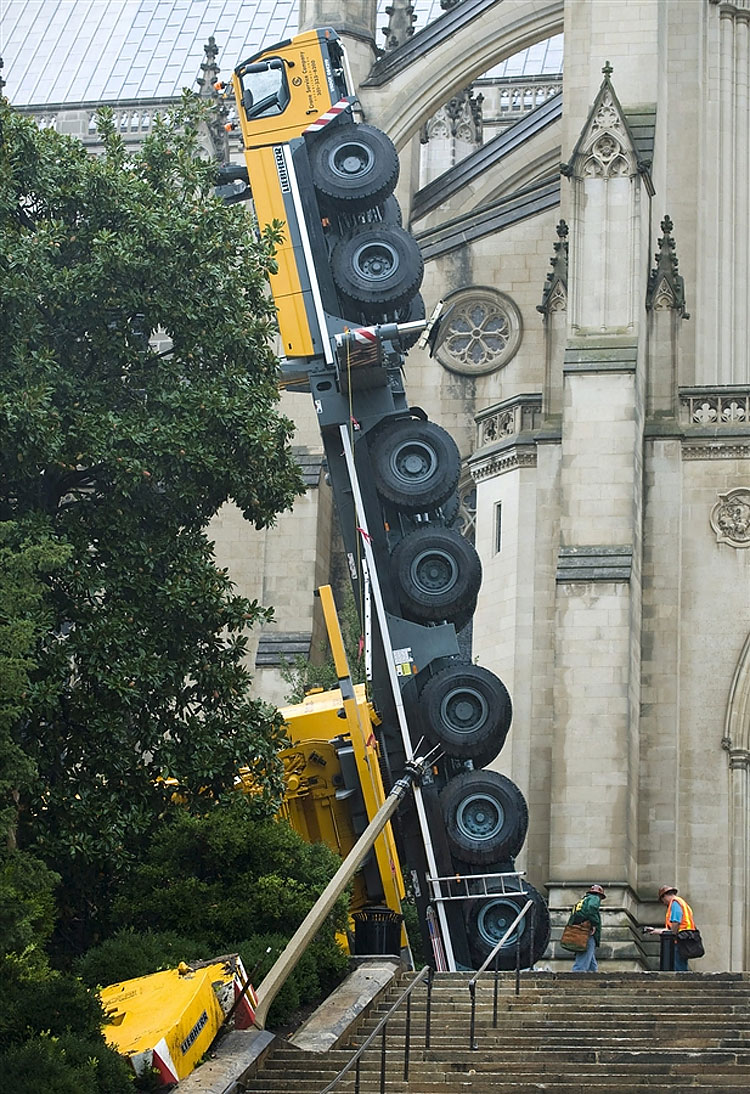 A construction crane being used to make repairs of earthquake damage lies overturned at the National Cathedral in Washington DC, Sept. 7. The cathedral was damaged during the 5.8 earthquake, but was planning on hosting a 9/11 10th anniversary service this weekend. (Shawn Thew / EPA)