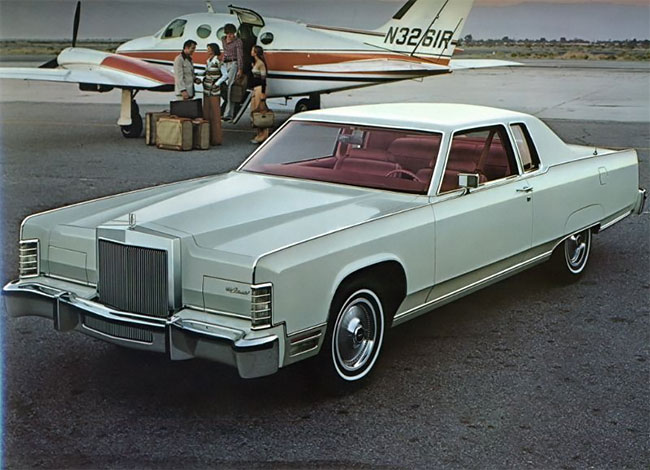 The Continental Mark V is a personal luxury coupe that was marketed by the Lincoln division of Ford Motor Company from the 1977 to 1979 model years in North America. The fourth generation Mark series, the Mark V was derived from its Continental Mark IV predecessor, bringing an extensive update to the interior and exterior design. While only sold for three years, the Mark V is the best-selling generation of the Mark series, with 228,262 examples produced. 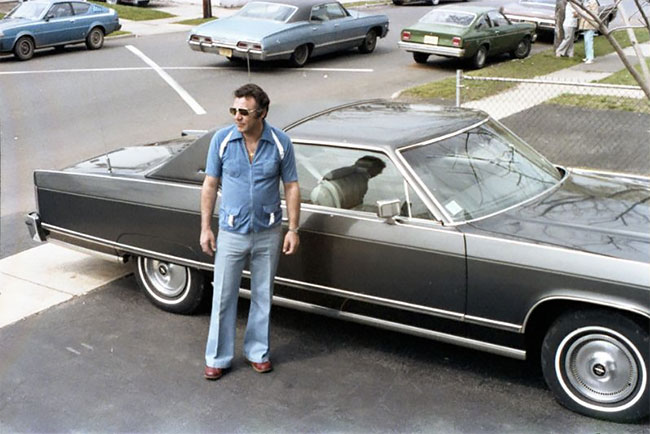 At 230 inches long, the Mark V is the largest two-door coupe ever sold by Ford Motor Company, with the 233-inch long two-door and four-door Lincoln Continental sedans (produced alongside it) as the only longer vehicle ever marketed by Ford. 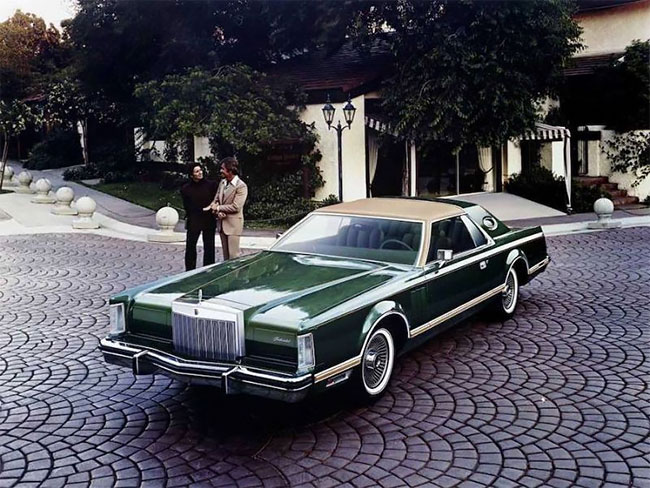 Distinguished by its sharp-edged exterior design, design themes of the Mark V would be adapted onto Lincoln vehicles throughout the 1980s. For 1980, the Mark V was replaced by the Continental Mark VI. As the Mark series underwent downsizing in the interest of fuel economy, the Mark VI saw significant reductions in exterior dimensions. 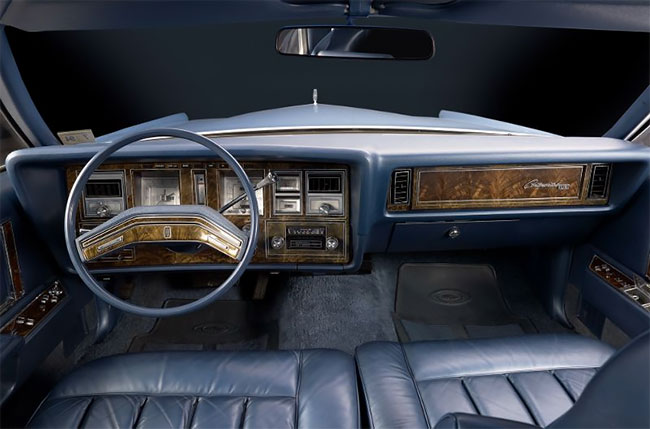 All Continental Mark Vs were assembled alongside the Lincoln Continental at the now-closed Wixom Assembly Plant in Wixom, Michigan. 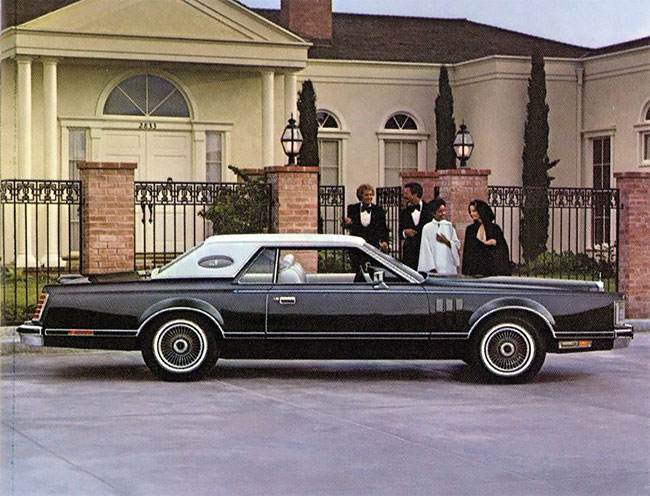 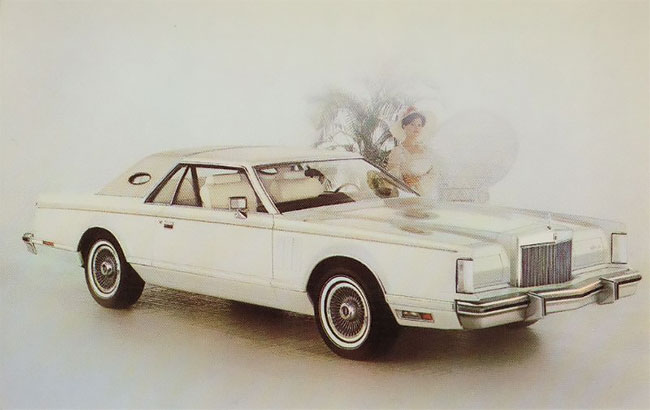 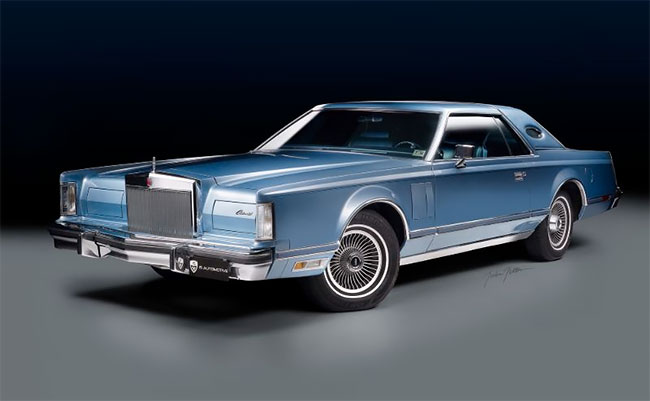 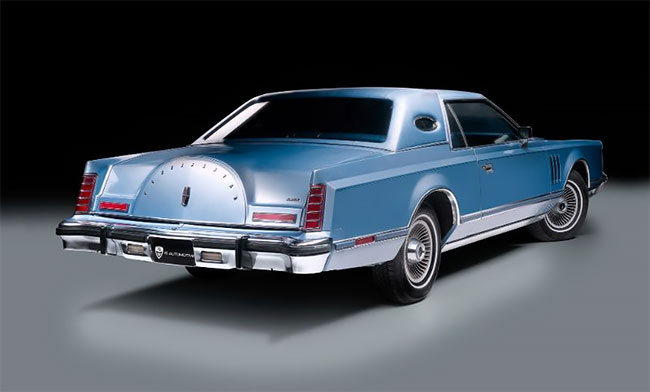 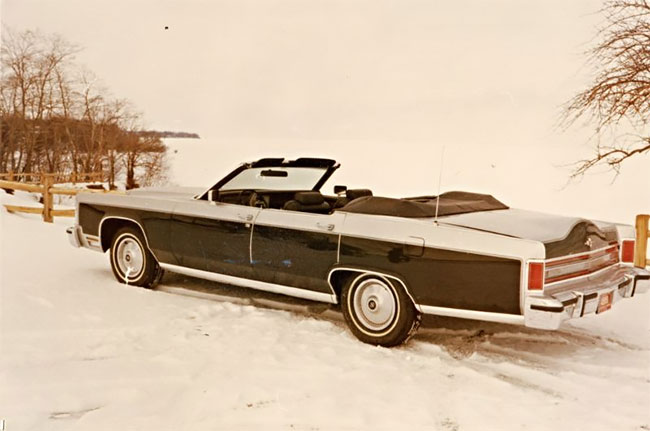 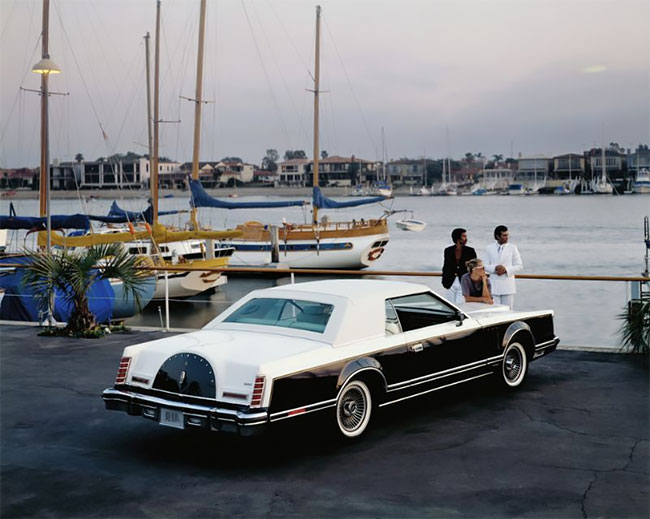 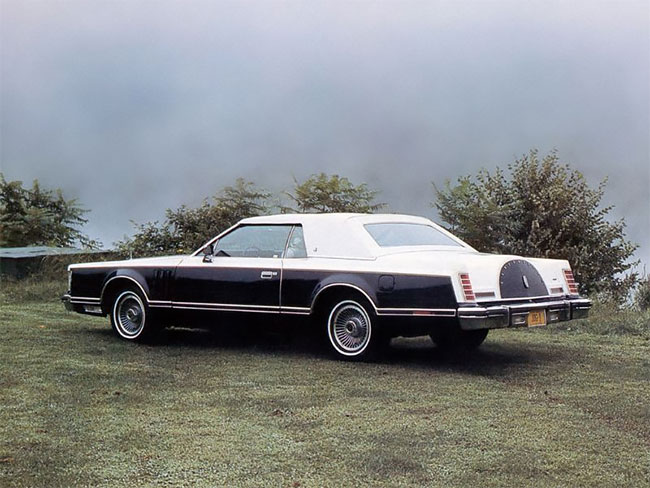 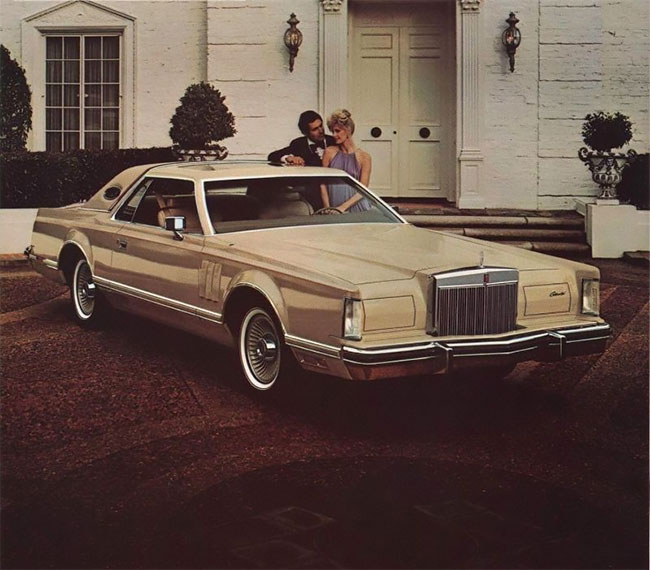 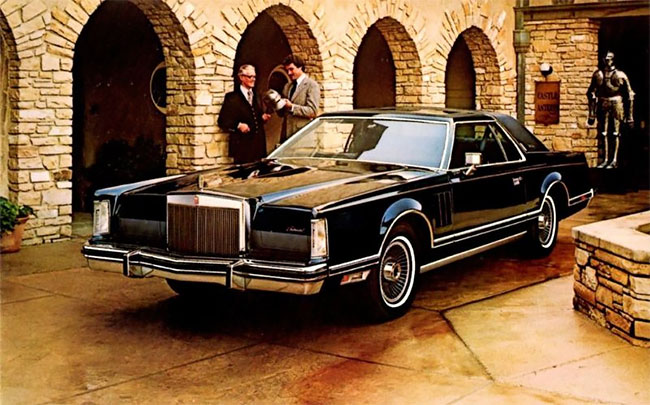 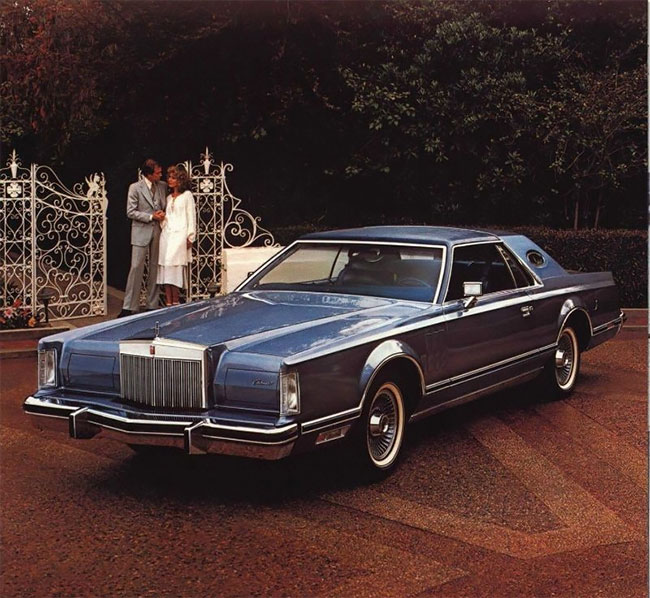 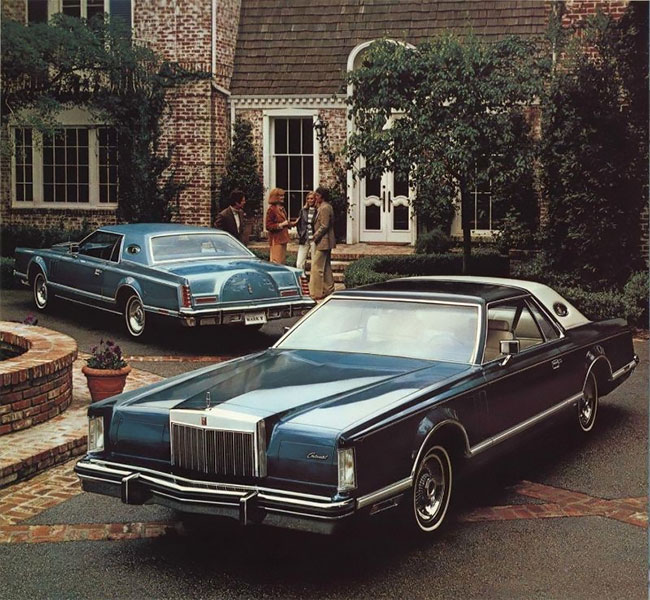 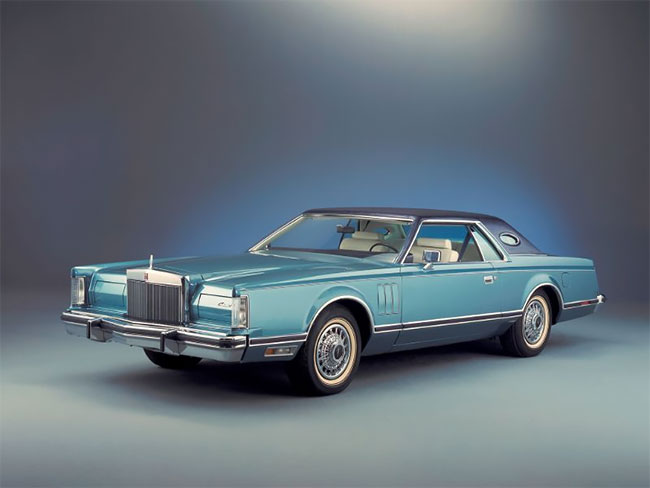 The Personalized Datsun: 1976 280-Z Brochure
Weird Medieval Paintings Of Cats Licking Their Butts
The Story Behind John Lennon's Psychedelic Rolls-Royce Phantom V
This Smog Vacuum Cleaner Turns Carbon Particles Into Jewelry
A Group Of Friends In Estonia Have Turned A 1984 Audi 100 Into A Cosy Wood-Fired Sauna
Impressive Portraits of Grace Jones in the 1970s and 1980s
When Retro RPG Lets You Name The Main Character…
1986 Calendar Featuring Morris the Cat, the World’s Most Finicky Cat
1960s Space Age Toy Rocket Shoes Simulate Walking On The Moon
Latest Fight Over Guns in US is Selling of “Unfinished Receivers”
La-La Land: The Playful Side of Los Angeles in The 1970s and '80s
Stunning Black and White Celebrity Photographs Taken by Dennis Hopper in the 1960s
GCDS 2021 Calendar Viva L'Italia by Nadia Lee Cohen
Bizarre Beauty Pageants: Vintage Photos Of Hot Dog Queens From The Mid-Century
Wyoming Manufacturer Builds World's Largest Coal Hauler
Fun In The Water: 20 Interesting Vintage Pictures Of Surfers From The Early 20th Century
Beautiful Photographs of Cheap Motels in 1970s America
For Some Strange Reason Russians Love To Turn Their Cars Into Tanks
Riding Giant Mechanical Tricycles In 1896
This Instagram Account Shares Pictures From The '60s and '70s, Shows Why It Was An Era Like No Other
The Intelligence Service Owl From Russia
Behind the Scenes Photographs From a 1950s Casting Call for a Long-Haired Model
Photo of Holden Crater on Mars
42 Stunning Restored And Colorized Historic Images Bring The Past To Life
1970s, cars, Continental, lincoln, Mark V, retro

This Guy Used A.I. To See What The Kids Of Famous Ex-Couples Would Have Looked Like
Want to Join the Jet Set? Water-Powered Jetpack Propels Fliers up to 30ft into the Air... but it still Costs $230 a Go
3D-Printed Paintings Let The Blind “See” Famous Art For The First Time
In 1980, American Express Teamed Up With DeLorean To Produce A 24K Gold Plated DMC-12, But Only Two Were Sold!
When Paris Was Protected with Sandbags and Masking Tape, 1914-1918
Artist Makes Evergreen Plants That Glow In The Dark
"Jane Asher’s Fancy Dress": Over 100 Costumes for Children and Adults and How to Make Them, 1983
Finder: Locate the Stuff where You Left
World's Largest Plane Fires Up Its Six Engines For The First Time
Meet Astra-Gnome, The Forgotten Time And Space Car
2007 ‒ 2022 by Design You Trust. Proudly hosted by WebHostingBuzz.
Privacy Policy · Terms of Service · Content Removal Policy ❤️ 🇺🇦