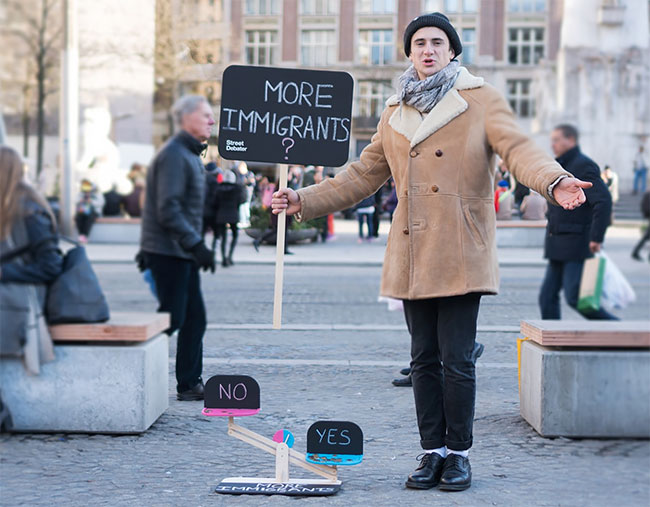 Japanese designer Tomo Kihara has developed a tool for “street debating”, which allows homeless people to earn money without compromising their dignity.

Street debaters use a set of scales that makes public opinion visible with coins to evoke a discussion with the passerby. This job aims to promote empathy and tolerance in the society through creating an opportunity for people to break out of their own social bubble to meet people with different opinions.

This job also serves as a dignified way of earning money for homeless people on the streets who wish to discontinue begging. Through a series of friendly conversation on an equal footing, this act restores their sense of dignity and social connection.

“Begging is becoming a major issue in European cities such as London, the housing crisis is severe and the people living on the street is increasing,” he said. “I thought maybe I could intervene in a playful way.”

The initial study showed that on average, street debating earns £13.5 per hour in London and stops 12.5 people for a friendly chat. From politicians to chefs, anybody can become a street debater to question the society. The device data is open source and can be made by anyone. Currently, several street debaters are raising their own debate across the world. 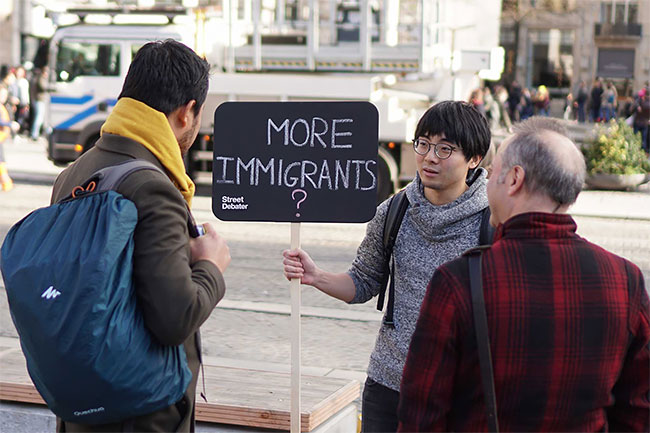 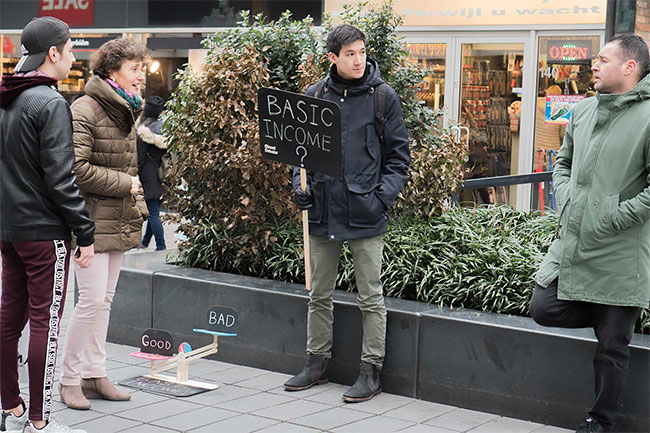 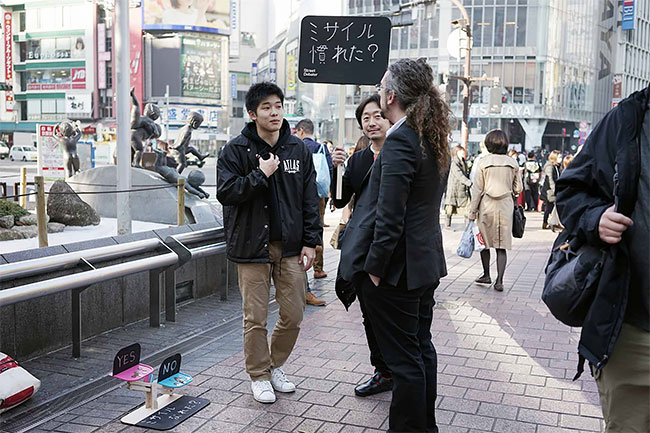 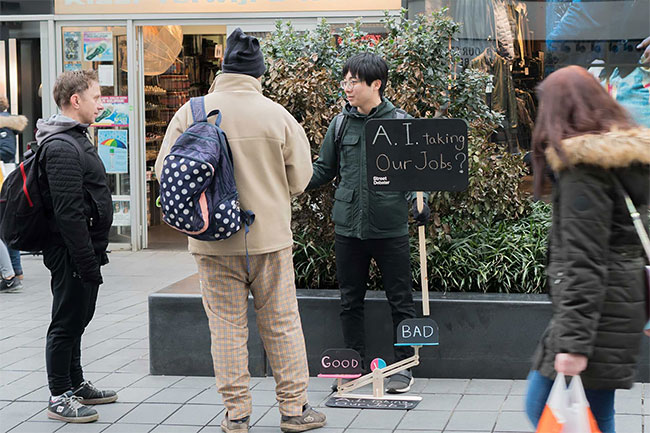 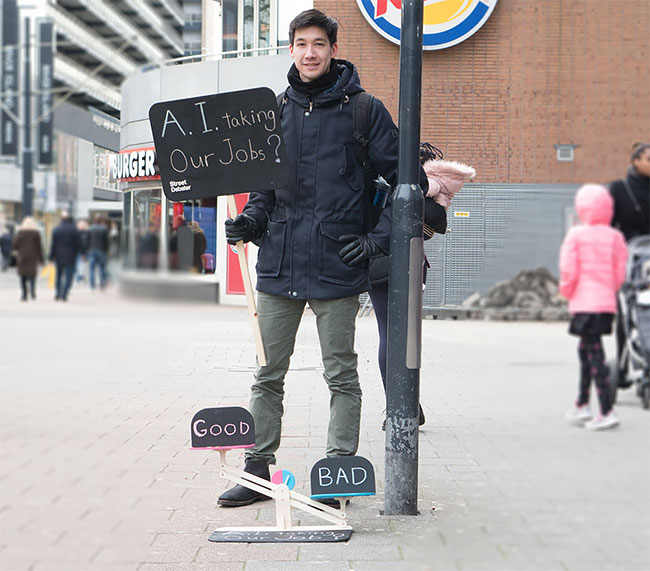 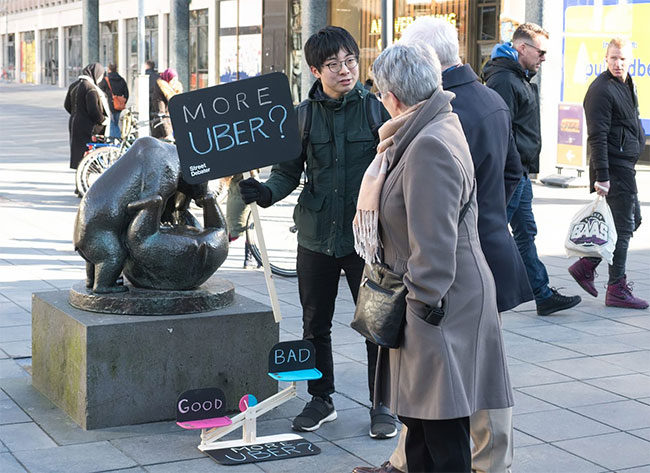 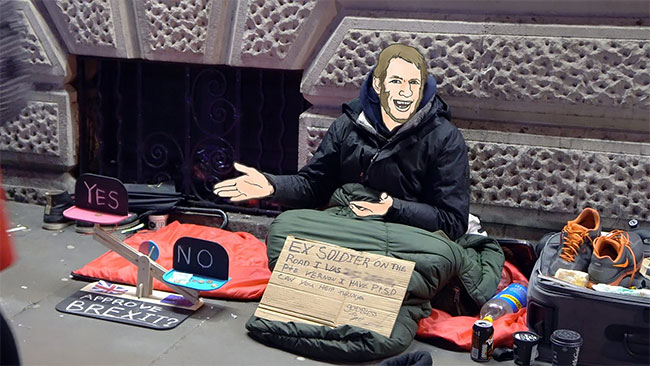 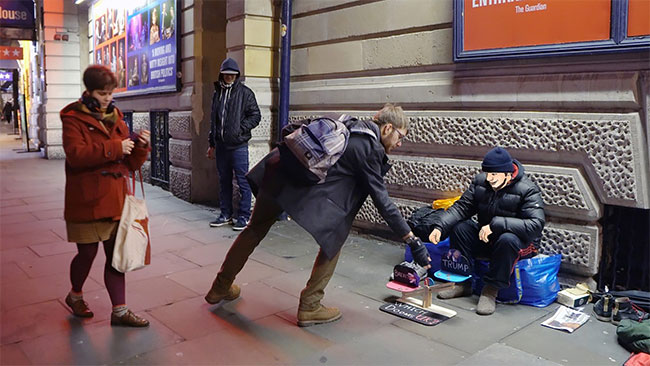 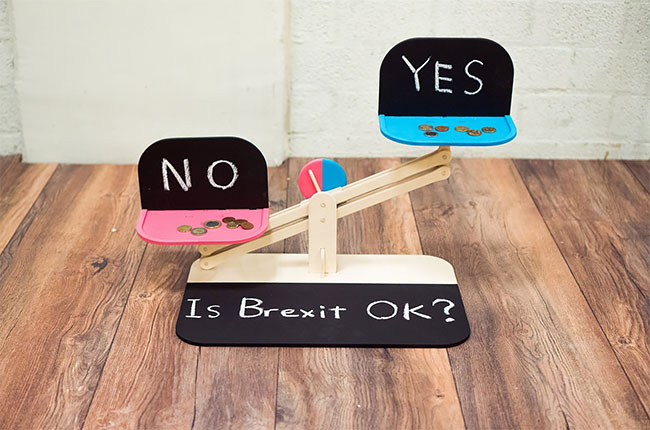 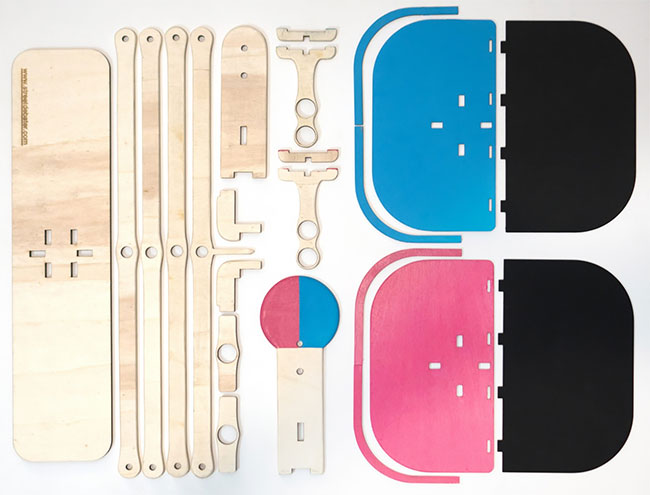