Wide-Leg Jeans: The Weird Fashion Style of the 1990s

Wide-leg jeans, colloquially called baggy pants, are a style of clothing that were popular from the early 1990s to the mid 2000s. The quintessential brand of “hip-hop”-style wide-leg jeans comes from the Los Angeles-based JNCO (“Judge None Choose One”), although other youth- and ethnic-oriented clothing companies manufacture them as well. 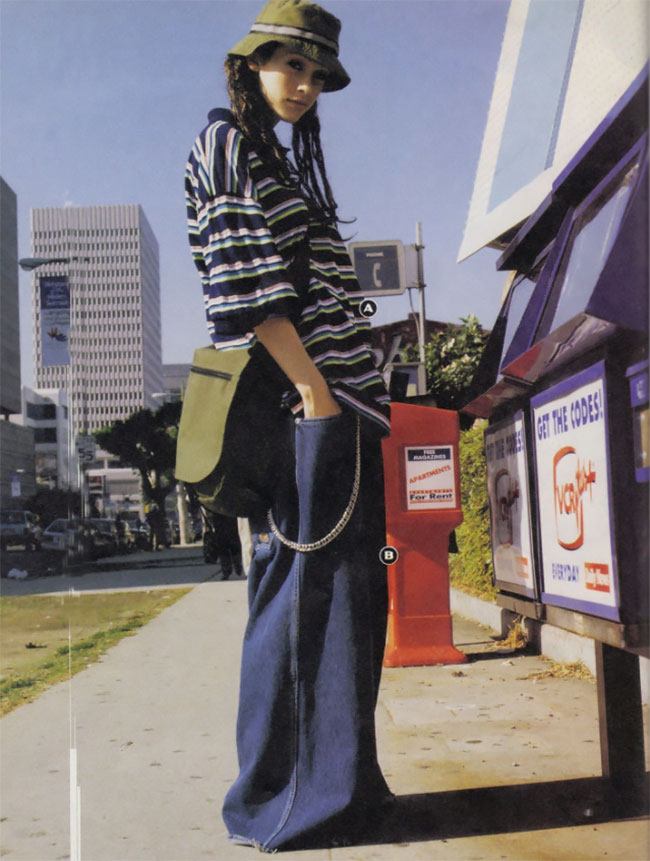 In the 1980s, baggy jeans entered mainstream fashion as the Hammer pants and parachute pants worn by rappers to facilitate breakdancing. In the 1990s these jeans became even baggier and were worn by skaters, hardcore punks, ravers and rappers to set themselves apart from the skintight acid wash drainpipe jeans worn by metalheads. They were largely an underground trend in the early 1990s, but took off in popularity in the mid-1990s. 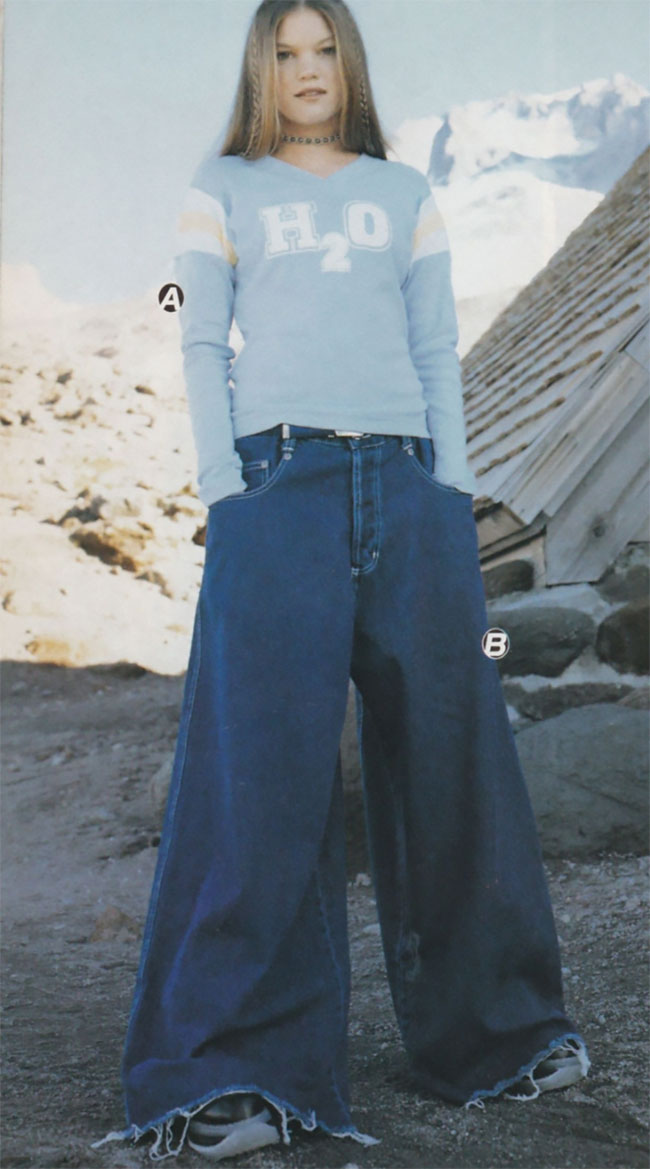 The baggy jeans were very popular along with baggy bondage pants during the nu metal era which lasted from the late 1990s to the early-to-mid 2000s. They continued to be popular in the 2000s, but by 2003 baggy jeans started to be replaced by boot-cut jeans and trousers among white men. However, they continued to be popular among African-American and Latino men throughout the mid 2000s until about 2008. 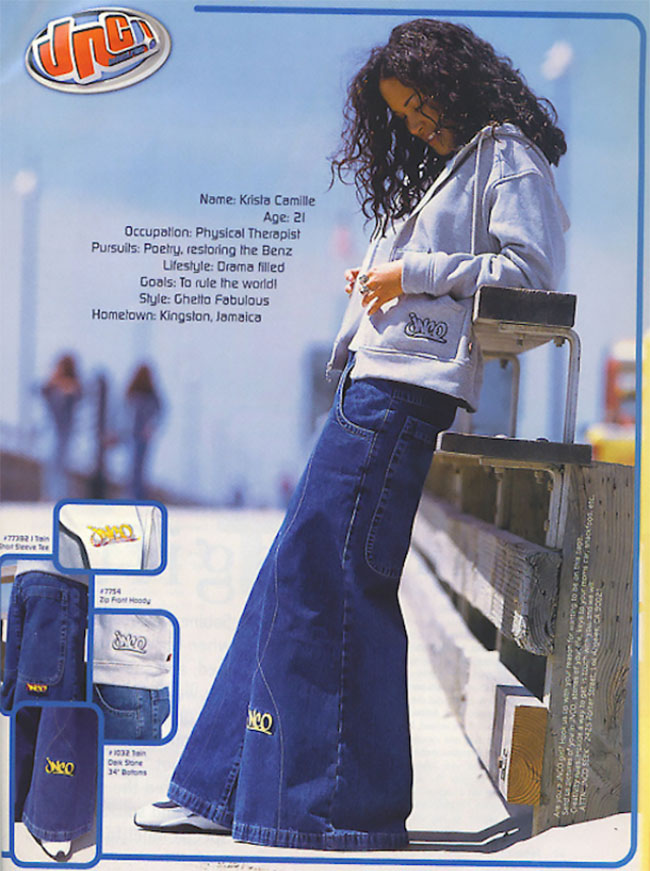 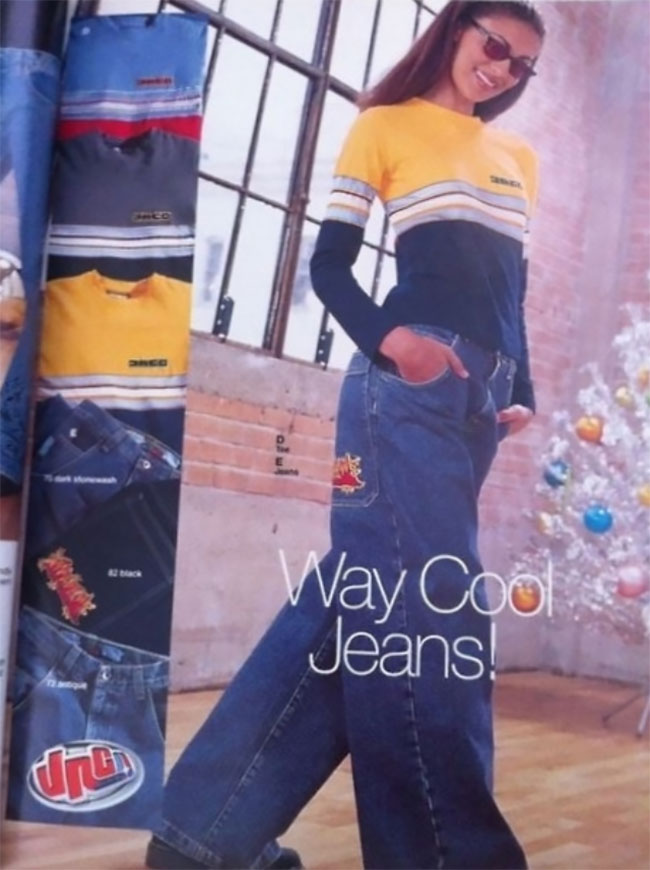 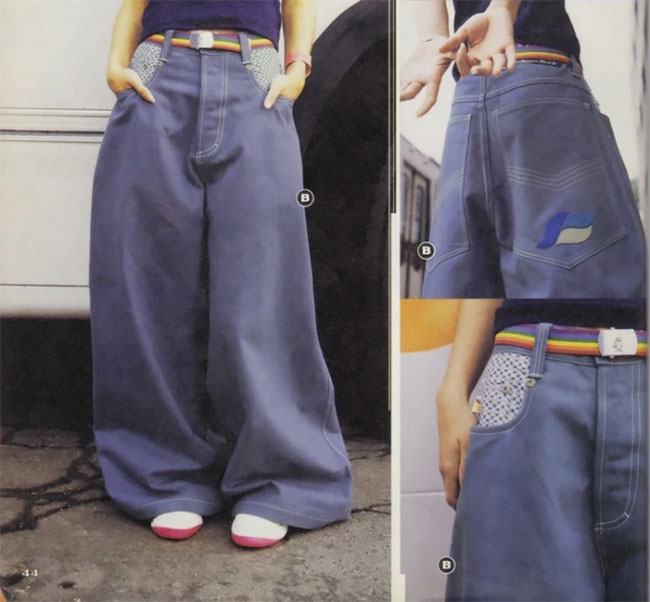 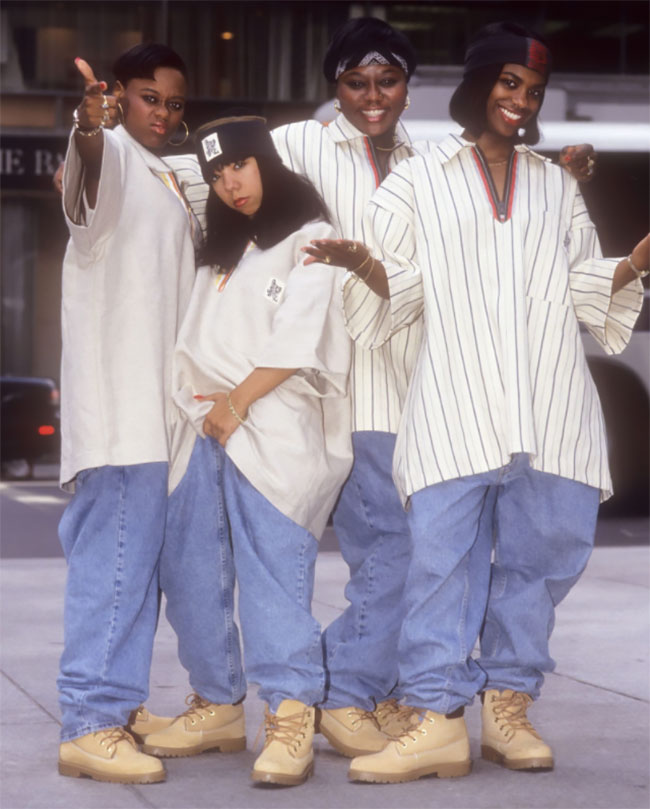 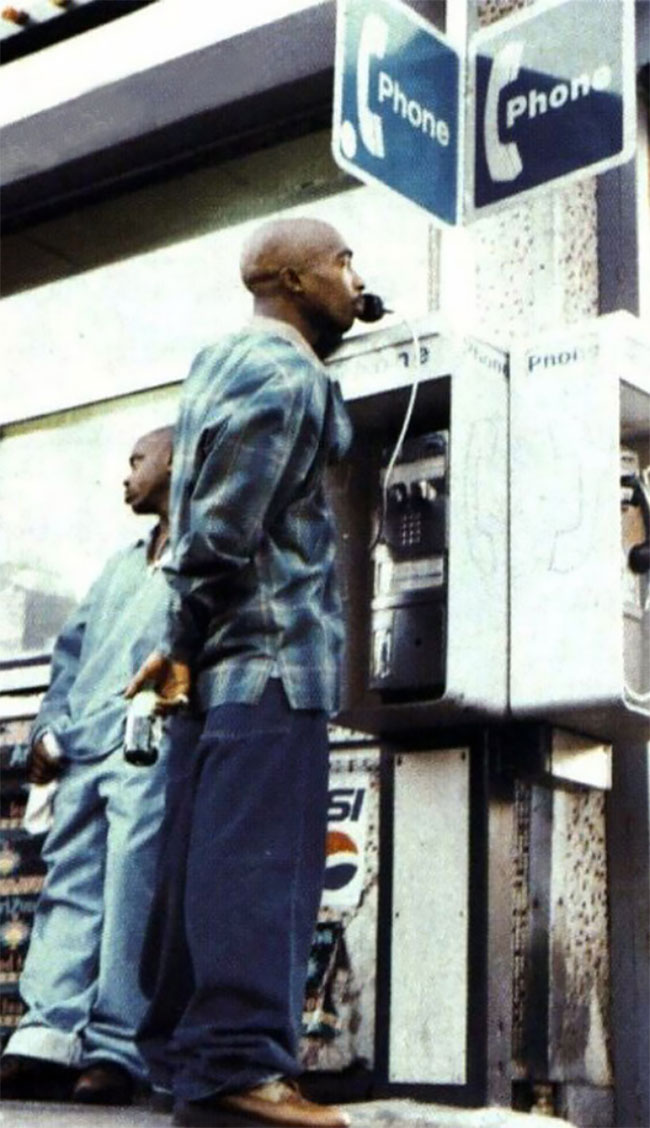 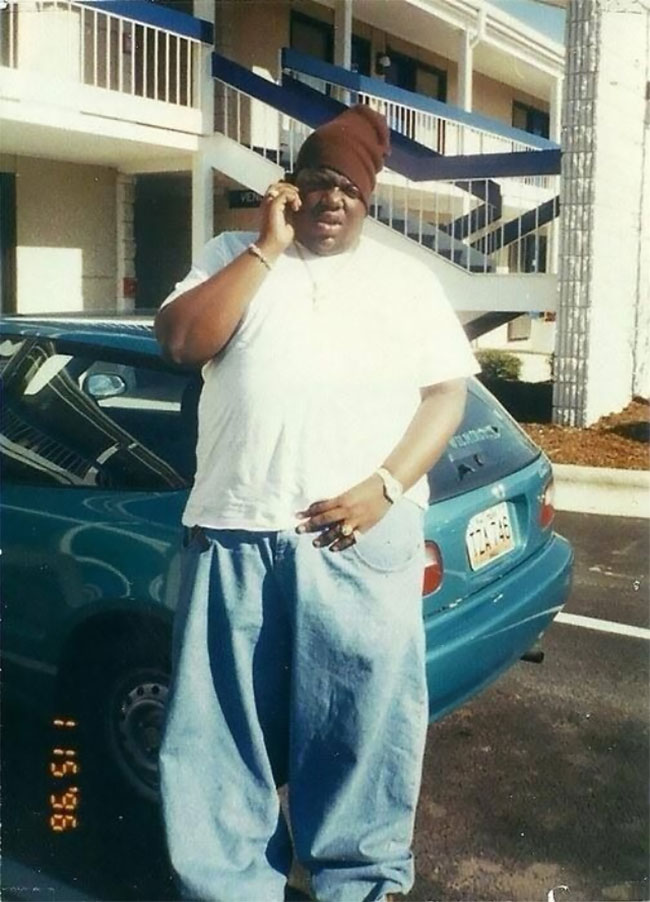 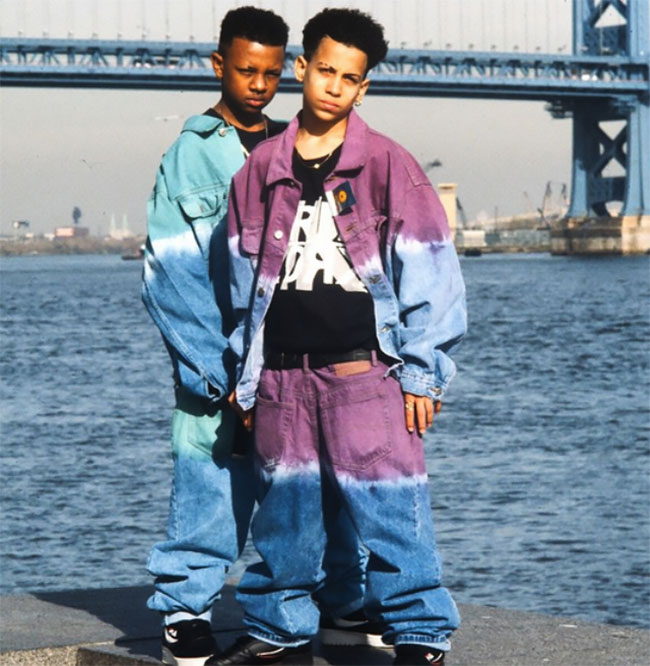 The Cosplay Artist Manually Collected Valkyrie's Suit From "God Of War" In 1000 Hours
Artist Kat O’Sullivan Transforms a Dull Shack Into a Psychedelic Rainbow House
This New Robot Lamp Has A Bit Of An Attitude
Stylist Guy Tang Creates Magical 'Color Changing Hair'
"Do You Feel the Darkness Calling You?": The Alternative Jewelry by The Russian Metalsmith Kate Snap
Christian Louboutin Designs For Cuban Olympians
Incredible Photos From The Inside Of The New Digital Art Museum In Tokyo
Meet YAP!band: Innovative Multi-Purpose Smartphone Band Holder
Artist Crafts Incredibly Realistic Gigantic Flowers Out of Paper
Amazing Geometric Tattoos By Turkish Artist Okan Uçkun
"Mausoleum Of Giants": Street Artist Phlegm Creates A Giant, Large-Scale Sculptures
Random Bag On The Berlin Metro Was Simply Designed To Troll People
Reduce You And Your Family Into 8 Bit Family Signs
This Guy Uses Cardboard As His Artistic Tools And People's Cars As His Canvas
Buffalo Fan Honors Bills With Spectacular Snow Sculpture Tribute
An ‘Infinite’ Galaxy Puzzle That Can Be Built In Any Direction
An Artist Pranked People By Leaving Life-Sized Airpods Stickers On The Ground All Over San Francisco
Matching Animal Plates That Need To Be Combined To See The Whole Picture
Meet The Arist Filling Potholes With Mosaics Of NYC Vermin
Designer Conceived A Bottle That Indicates For Each Town Where To Find A Drinking Water
Artist Erik Jensen Turns Used Keyboards Into Famous Works of Art
Meet Nicole McLaughlin, An Innovative Upcycler That Creates Sculpture-Like Garments Out Of Secondhand Treasures
A Built-In Dog Bed Was Created In This Living Room Wall
The Cyberflora Kinetic Art of Julia Nizamutdinova
Japanese Papercraft Artist Turns Pringles Can Into A Stylish Pringles Mascot Figure
Vintage Adverts Of Hair Necessities For Men From The 1970s
Meet the Fashion Designer Whose Fantastical Creations Reimagine Folklore for Modern Times
Realistic Pig’s Feet Pillow: The Weirdest Thing On Amazon
This Guy Collected A Complete Stone Alphabet Over 10 Years
Japanese Company Releases Line Of 'Crotch Charms' For Women To Dangle From Their Swimsuits Between Their Legs
1990s, fashion, jeans, style, weird, wide