“Triumph Of Hate”: Examining The Underbelly Of US Culture – Gun Violence, White Supremacy, And Greed 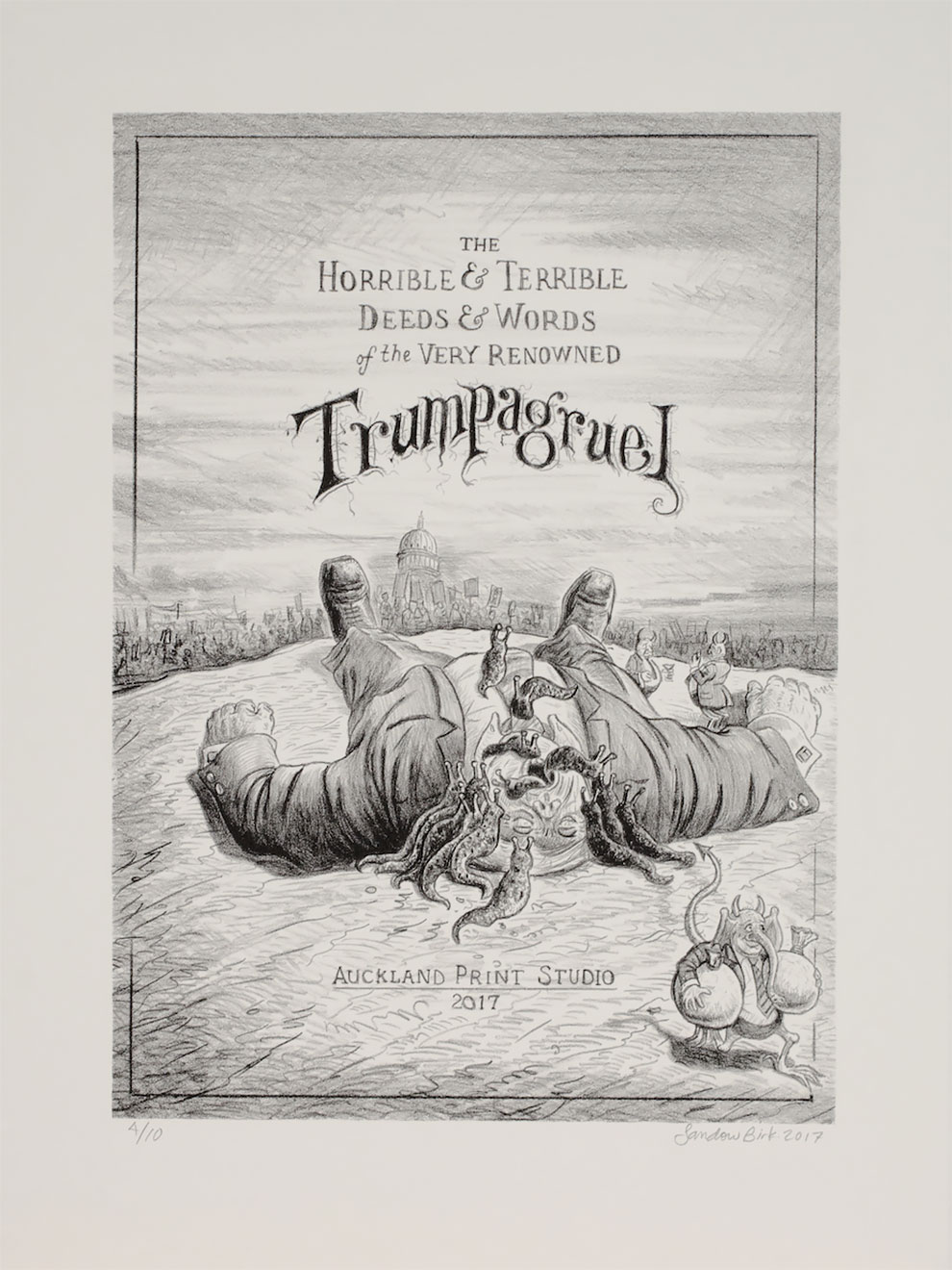 Sandow Birk’s exhibition at PPOW Gallery, Triumph of Hate, examines dark strains in the culture and politics of the United States, including Trump, gun violence, white supremacy, and greed. Birk’s body of work is unusual in that its explicit politics don’t read as overly didactic — a difficult line to walk successfully. Triumph of Hate is comprised of three distinct bodies of work: a series of satirical prints about Trumpian exploits, graphically violent paintings examining recent events, and a triptych of woodblock prints representing the battle of good versus evil throughout American history.

“The Horrible & Terrible Deeds & Words of the Very Renowned Trumpagruel” (2017) was inspired by François Rabelais’s Gargantua and Pantagruel, which used crude stories of the misadventures of two giants to shock and satirize. In Birk’s prints, Trump is a fat, fleshy giant with a combover. He is often surrounded by small men with devil horns who do his bidding. In one work they struggle to carry him, as he yawns widely, wearing only underwear with a monogrammed “T” — a giant baby. In another, the devil-men feed the beast with large spoons, while he holds two cell phones. A “FOX” sign in the background suggests that what he’s being fed is adoration and favorable news. In the most crude print, Trump stands naked, his giant buttocks larger than the Capitol Building behind him, as the small devil-men gather behind and gaze at his rear end. Trump is shitting on the country; his minions are worshipping his ass — Birk’s points are clearly made. 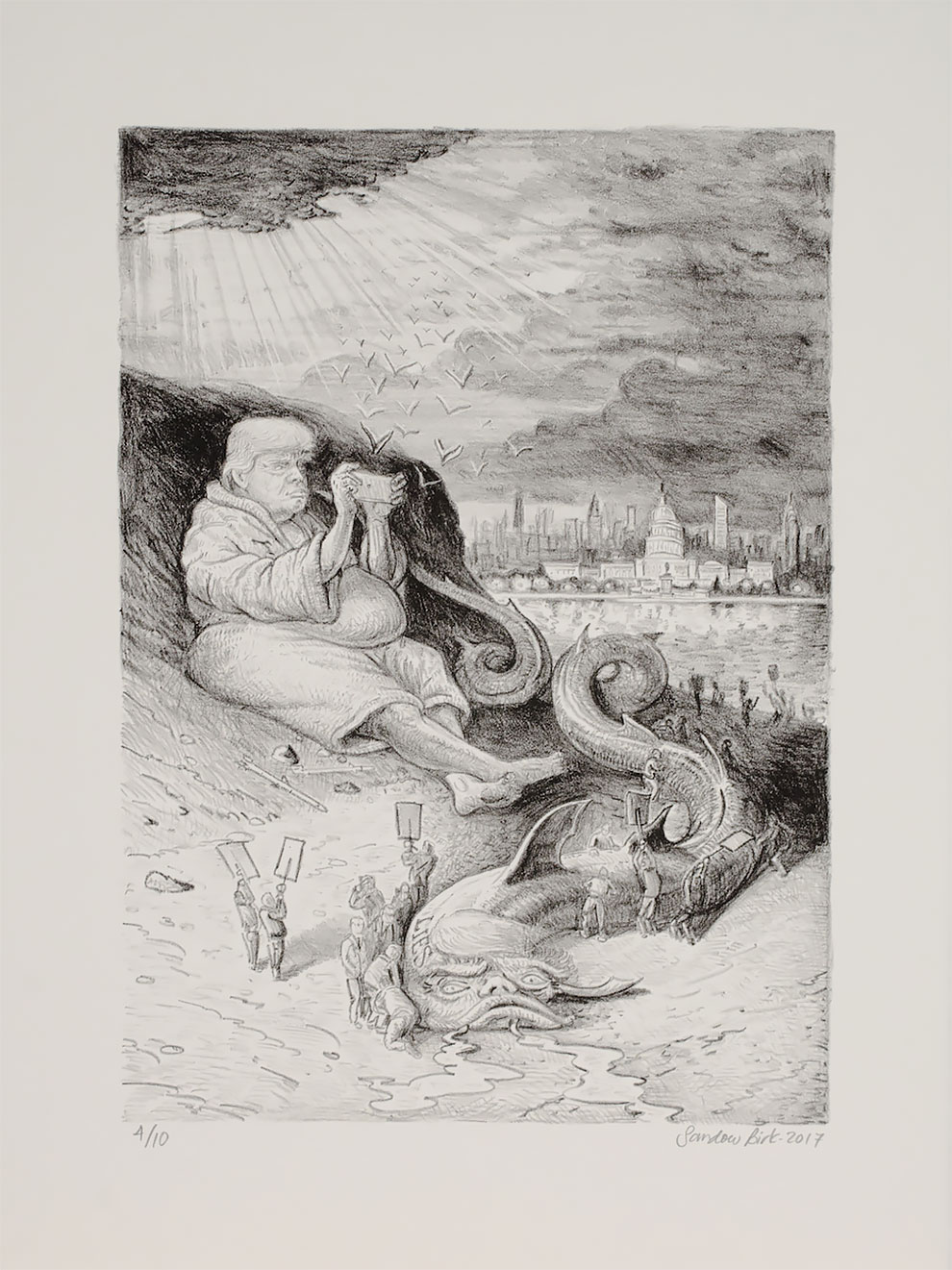 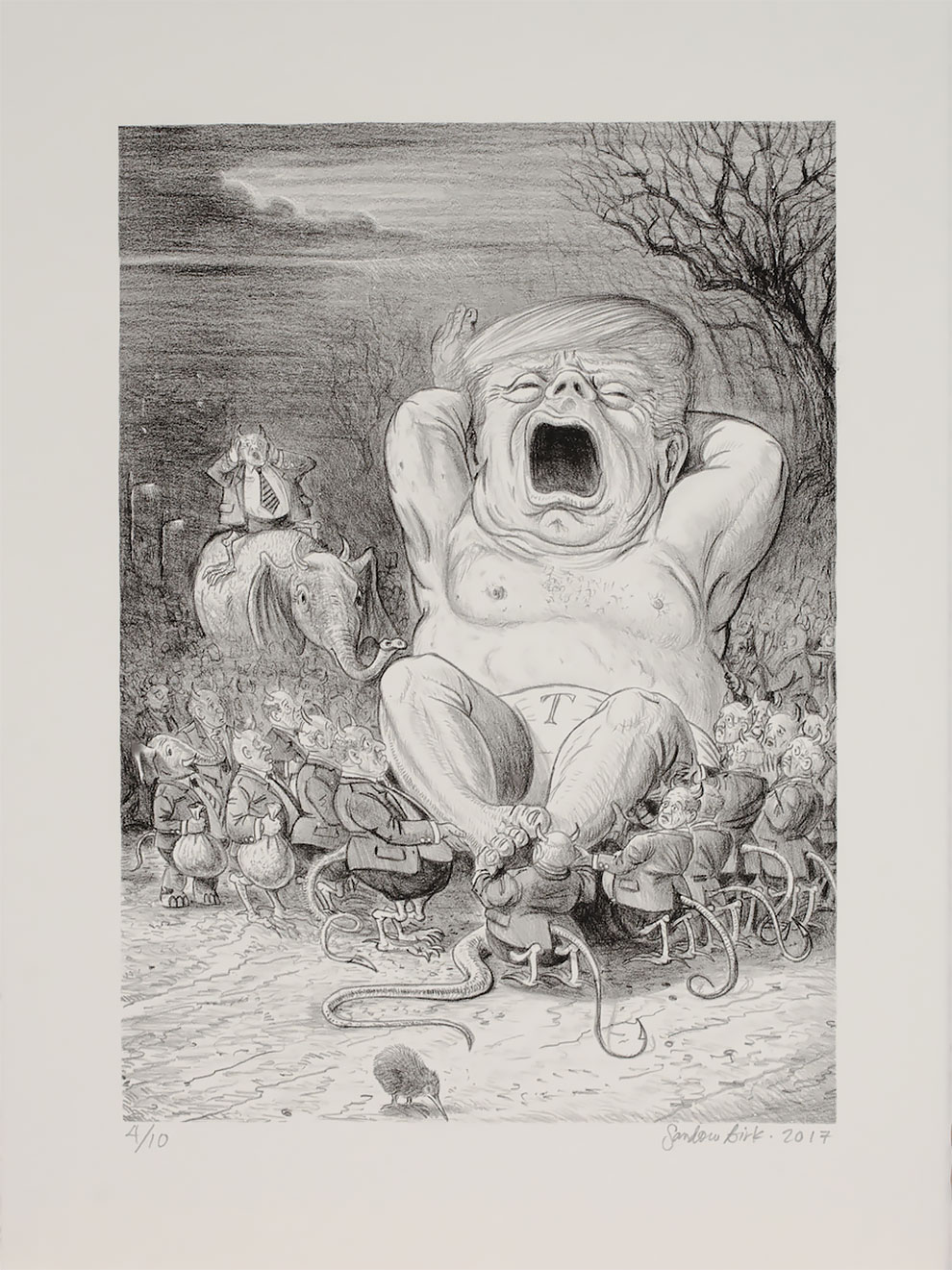 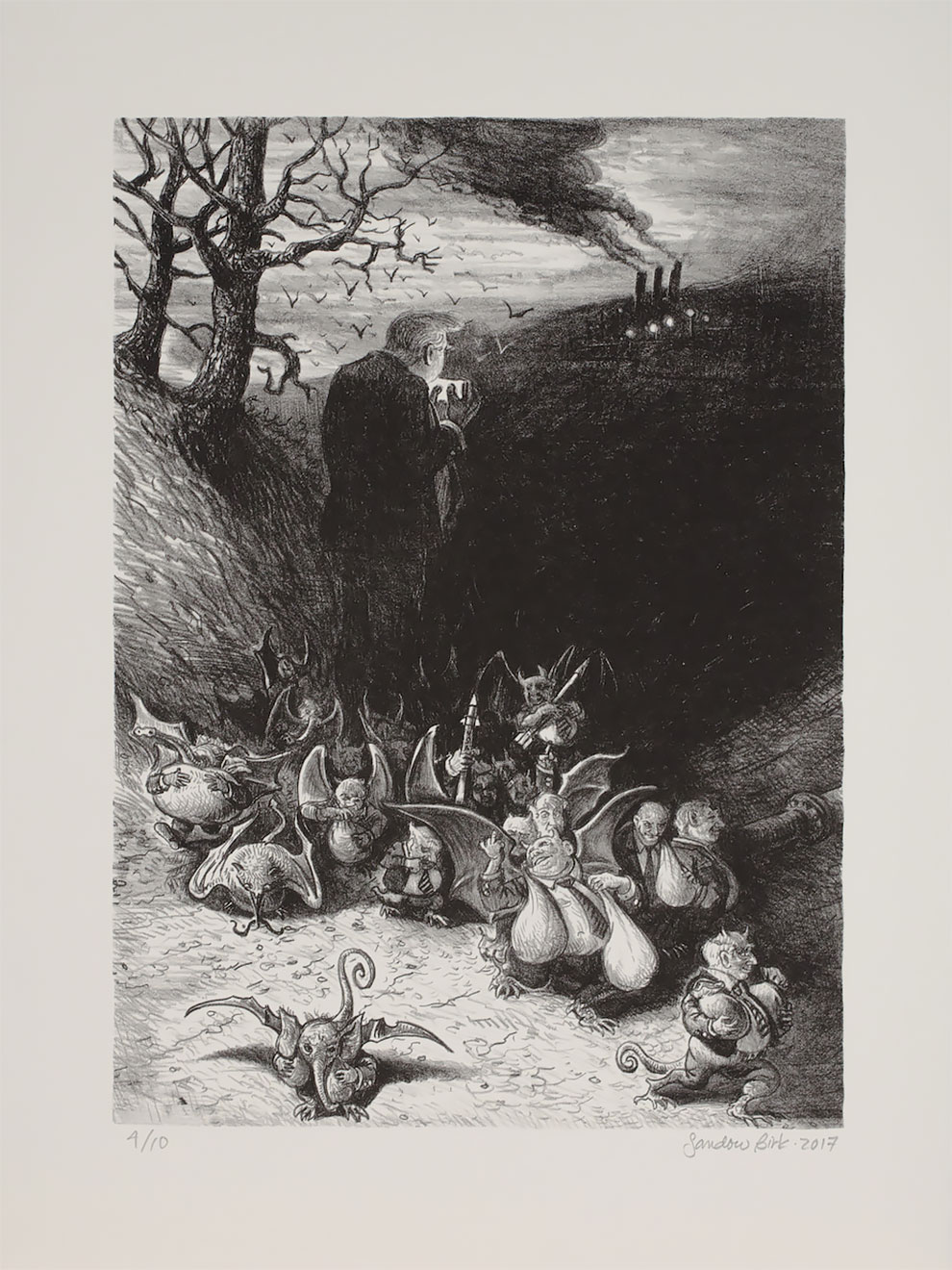 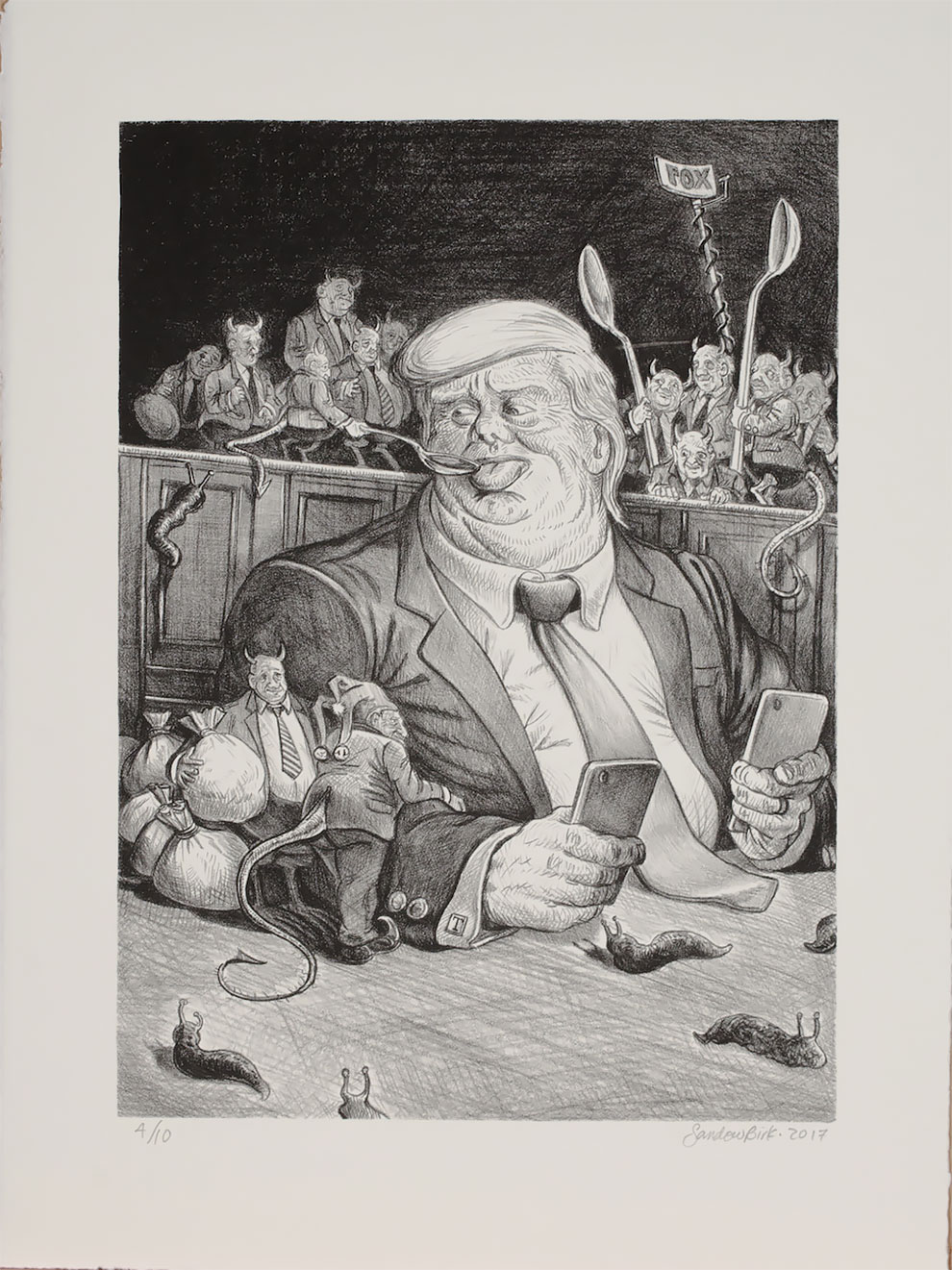 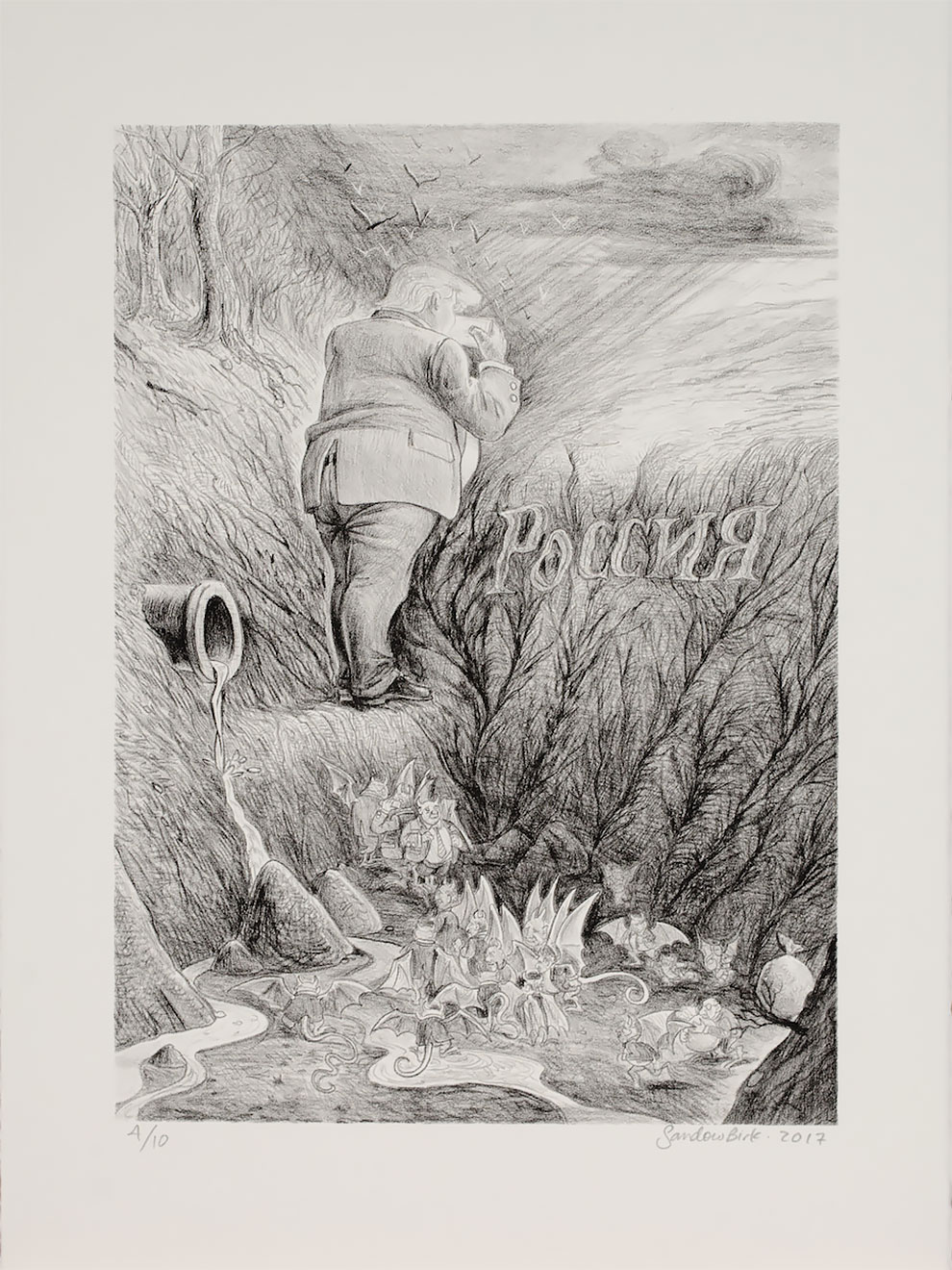 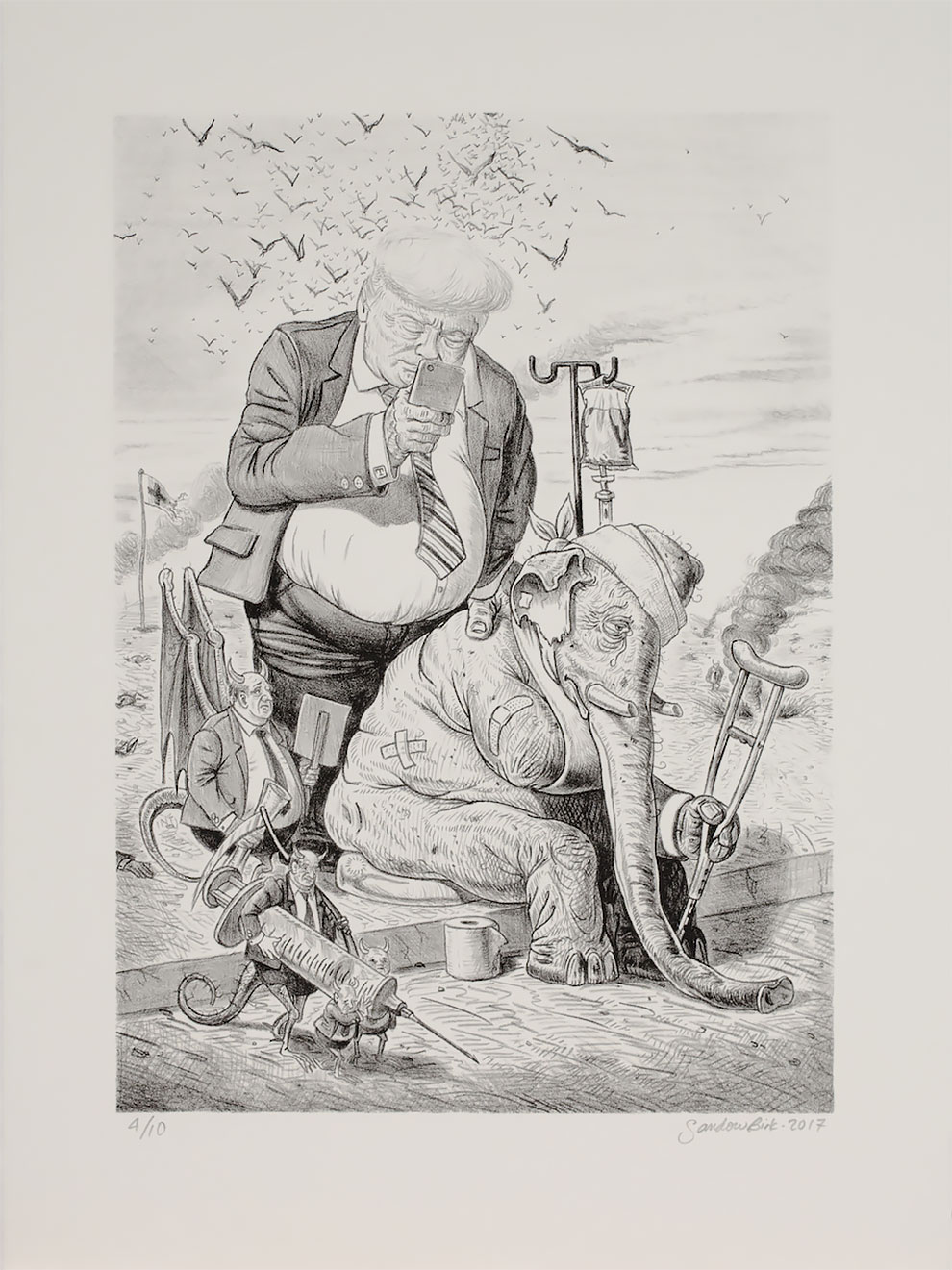 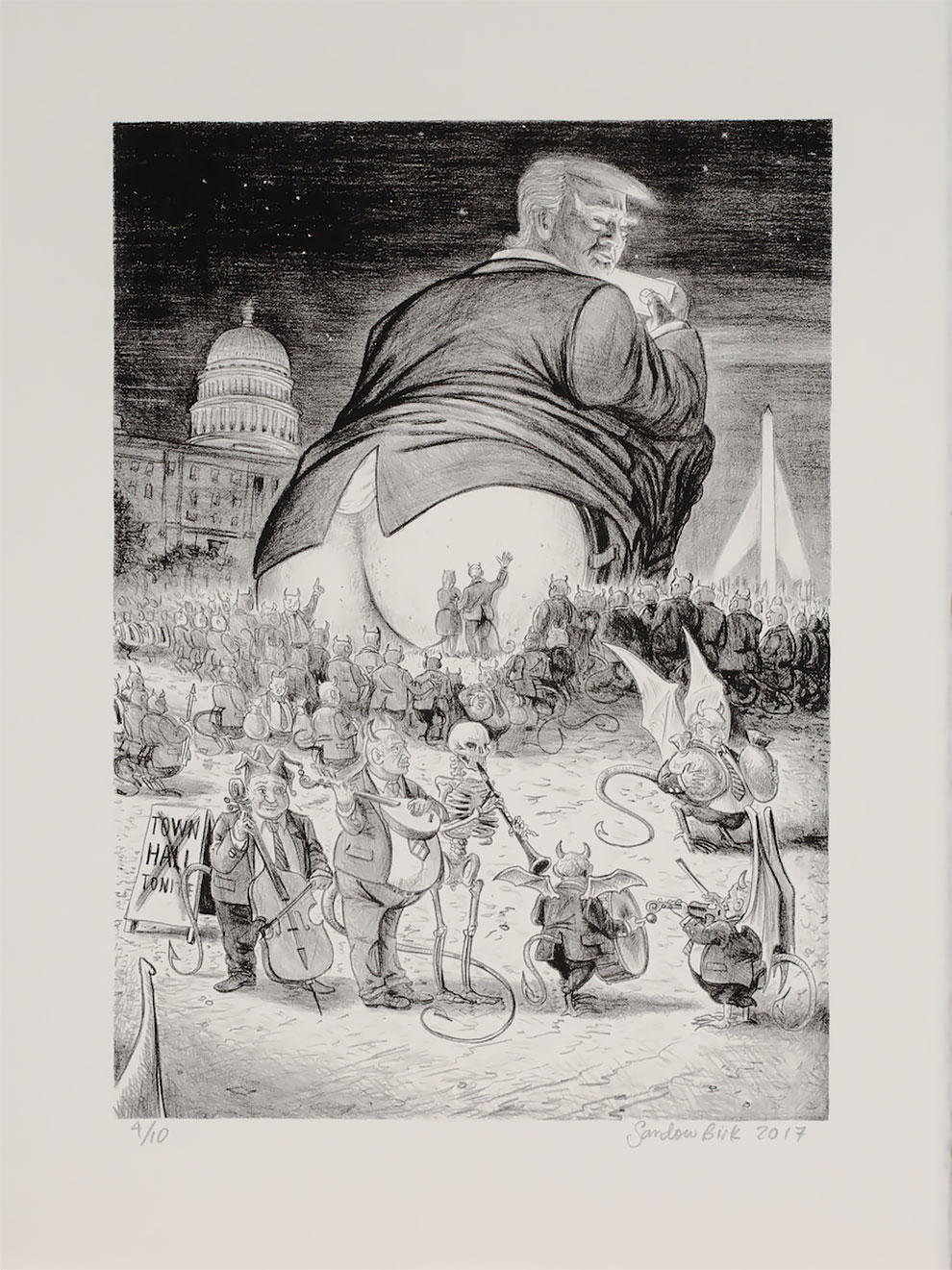 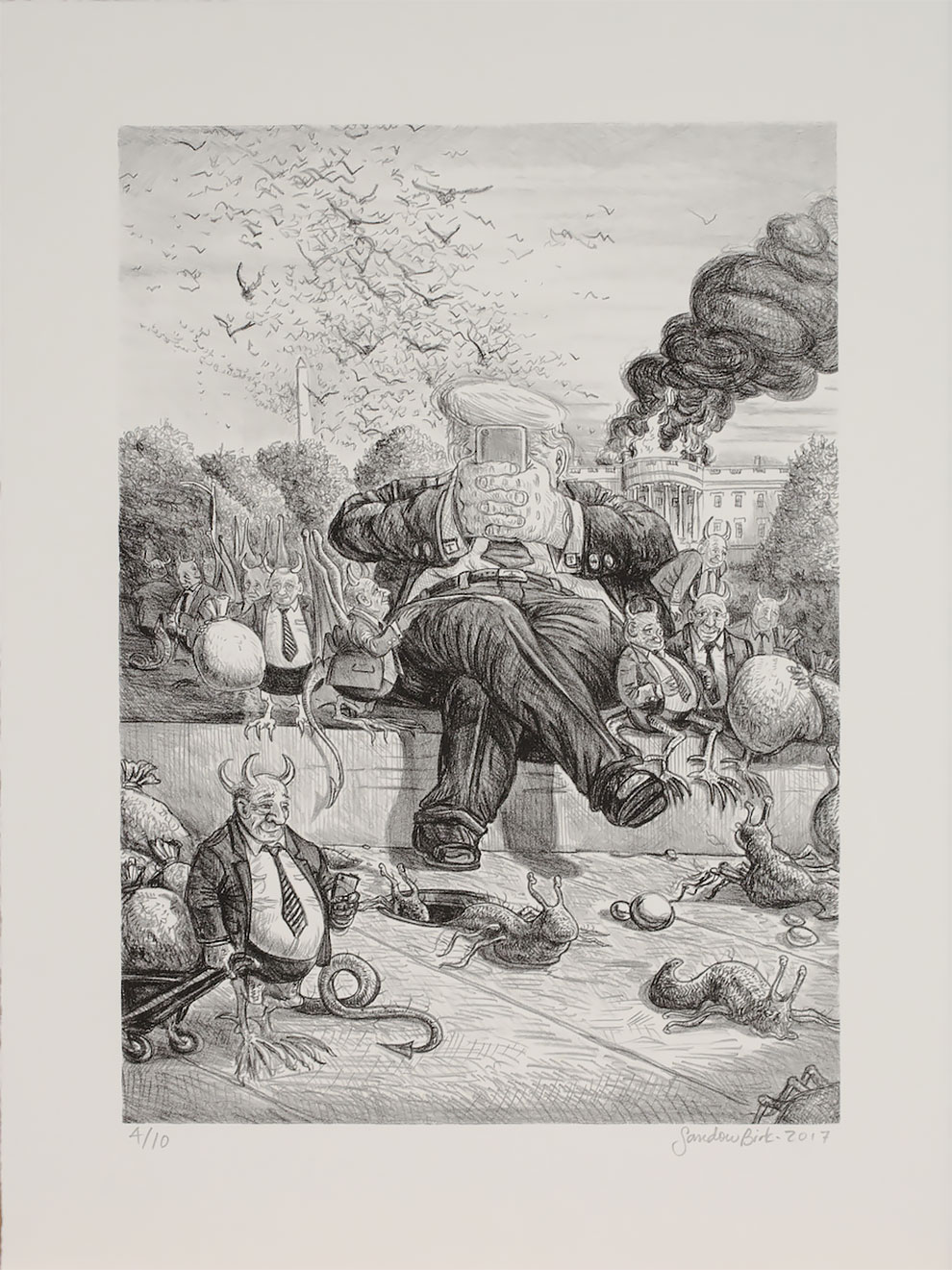 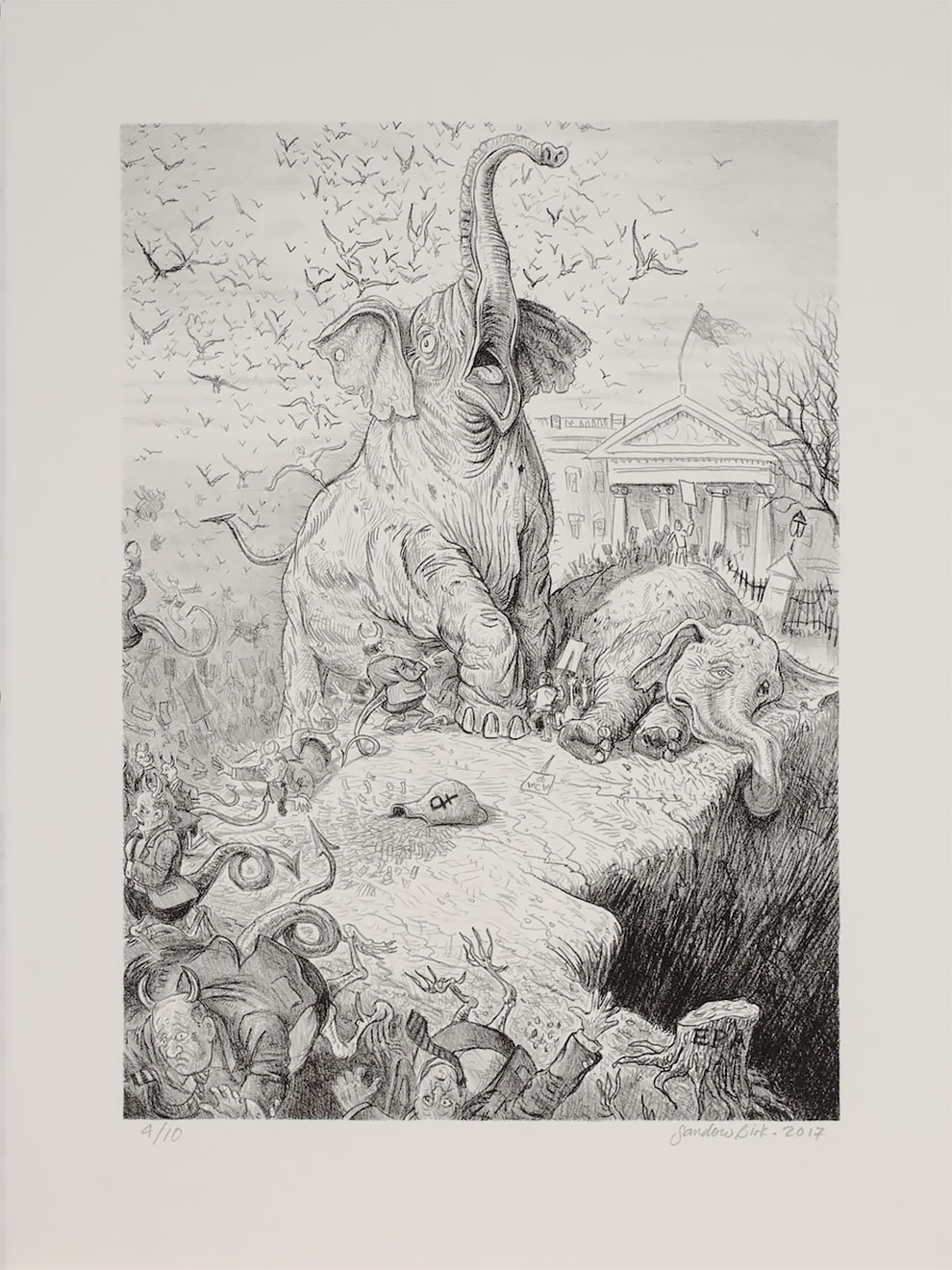 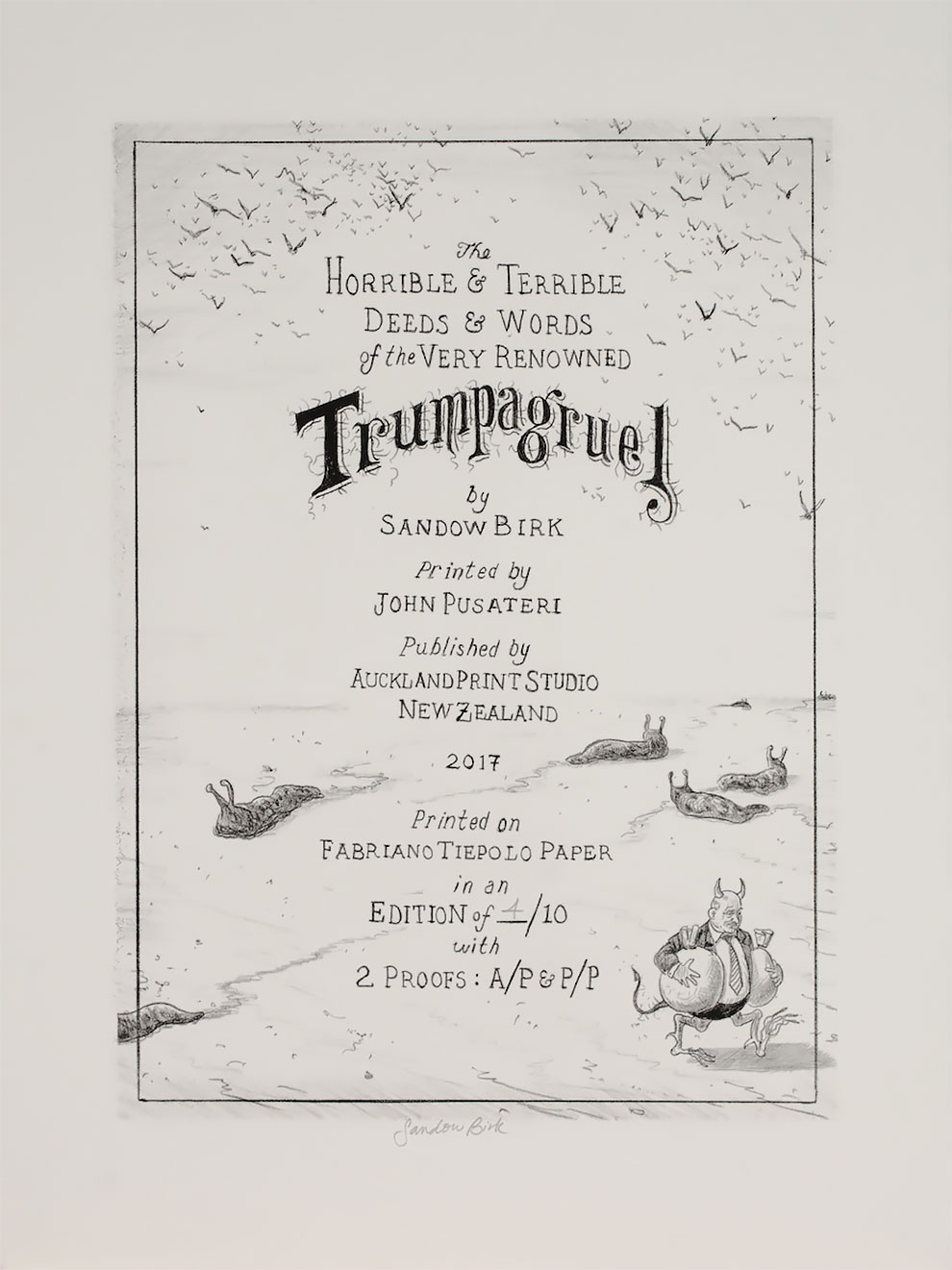 “The Triumph of Fear” (2017) is a similarly complex work, containing imagery of Black Lives Matter protestors being gunned down by police; a man being lynched; skeletons riding atop police cars waving a Confederate flag; military personnel throwing shackled prisoners off a bridge; and the Supreme Court justices standing quietly in the corner, a blindfolded and shackled Lady Justice sitting on the ground to their side. 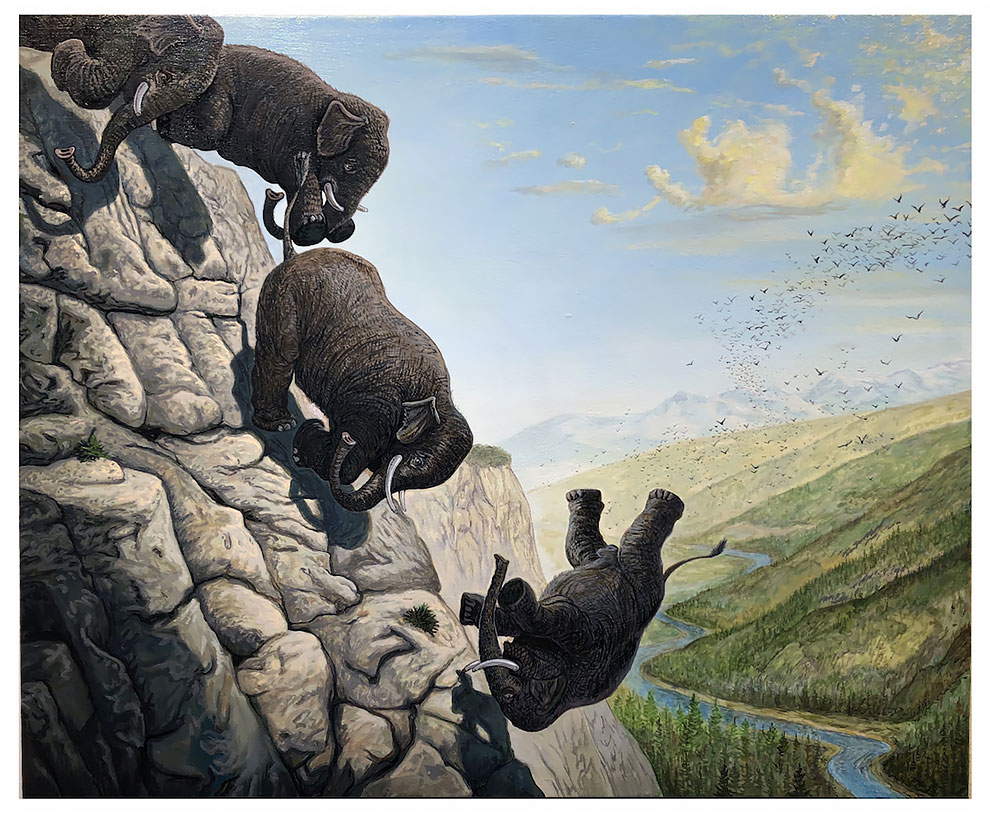 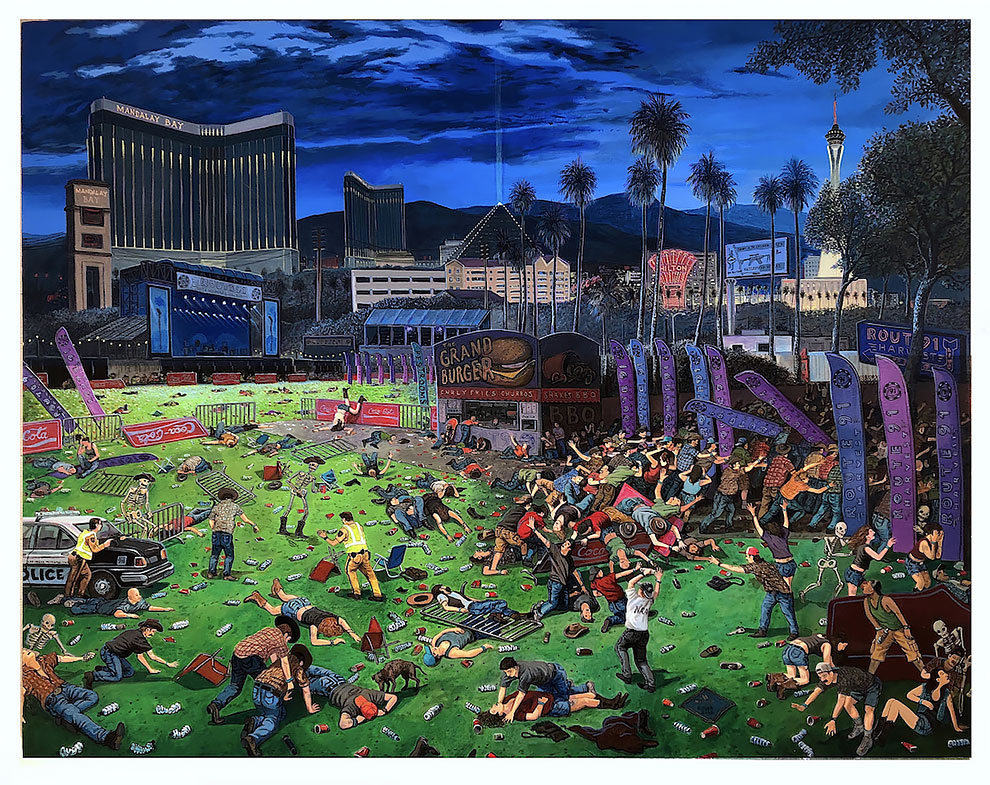 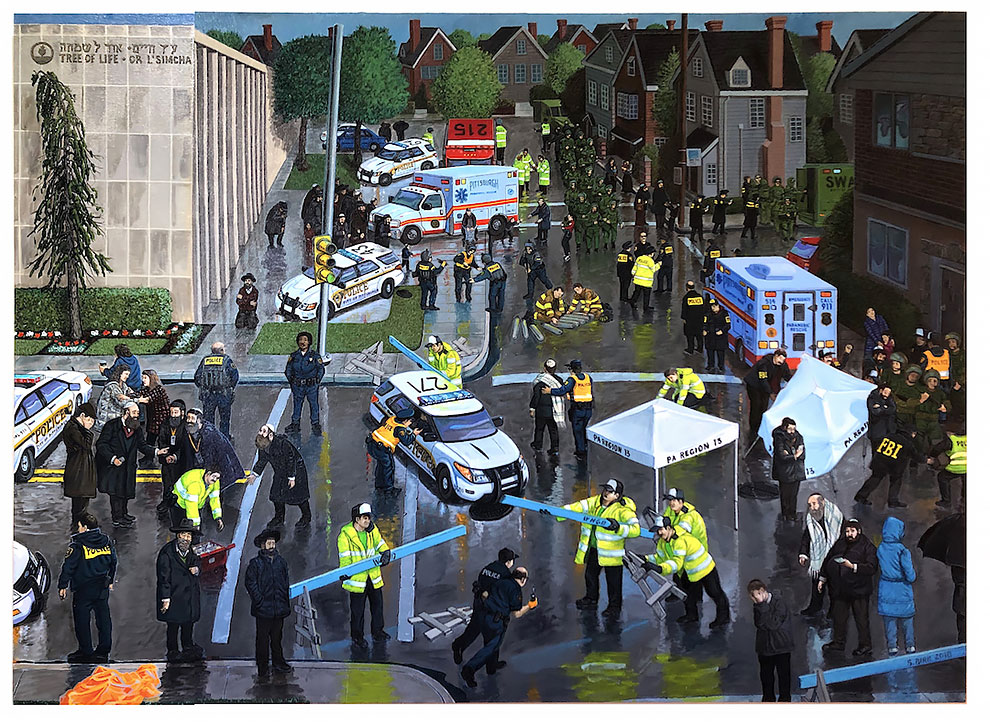 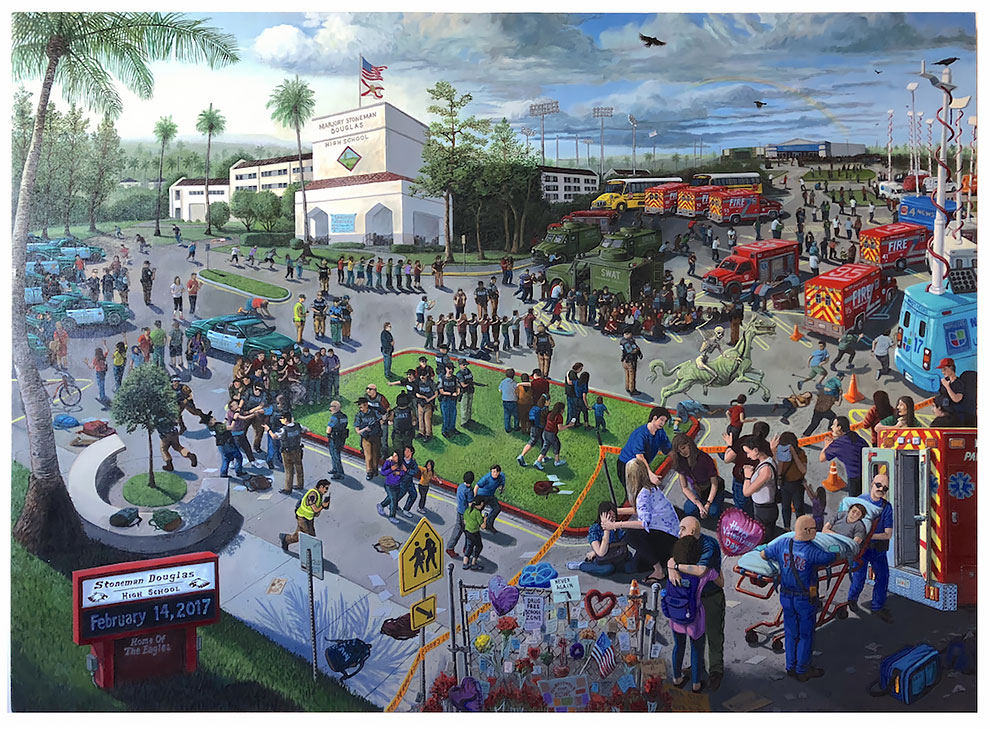 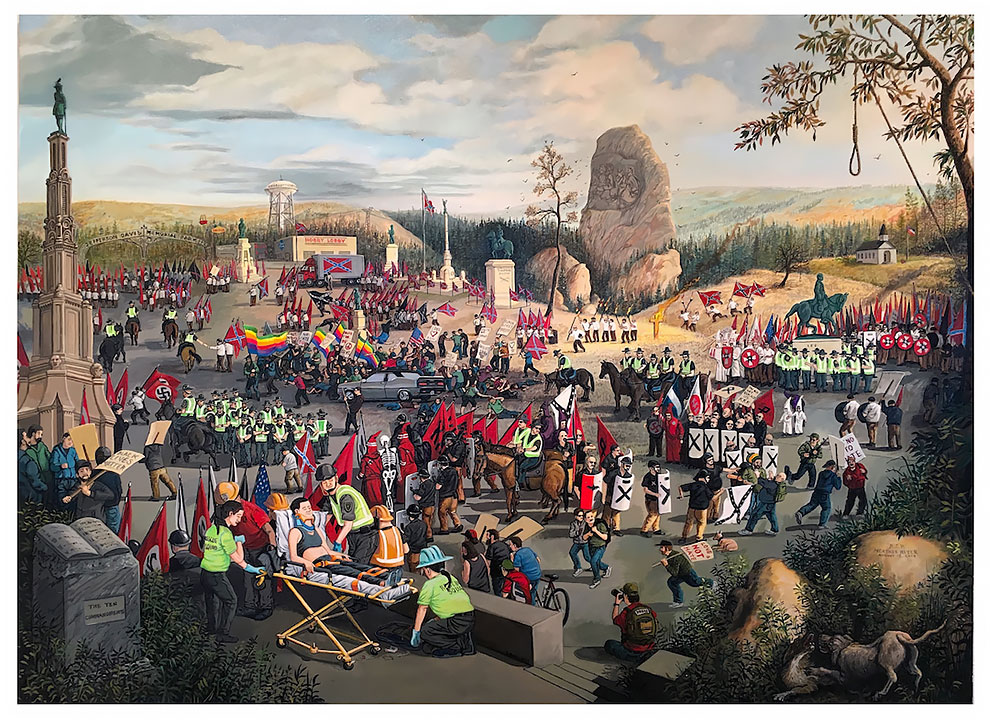 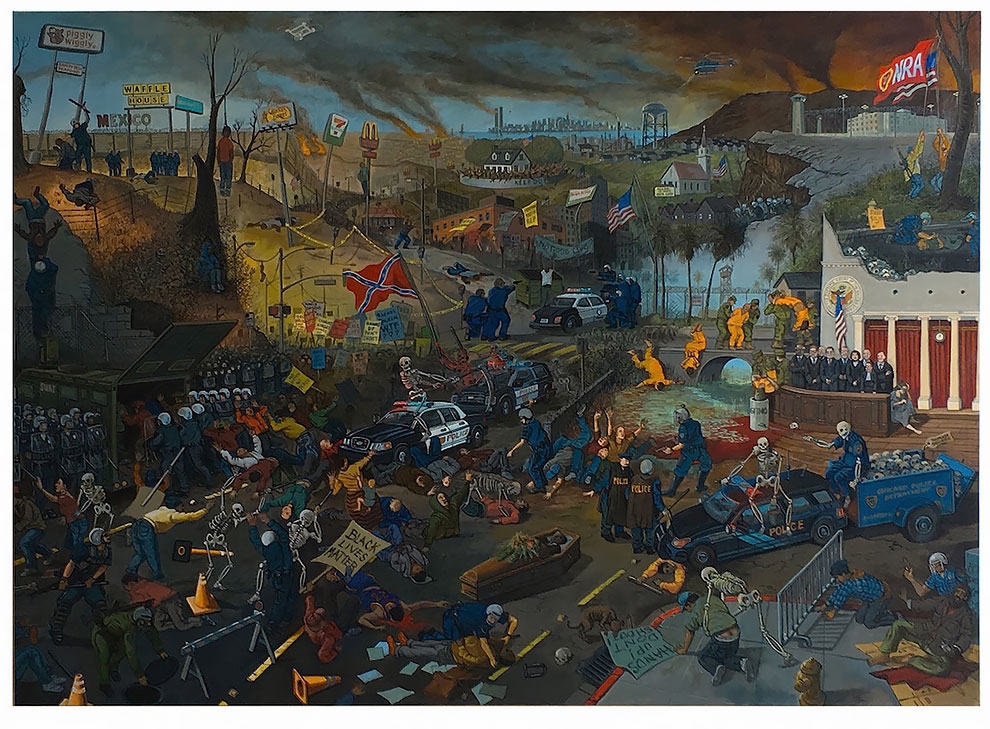 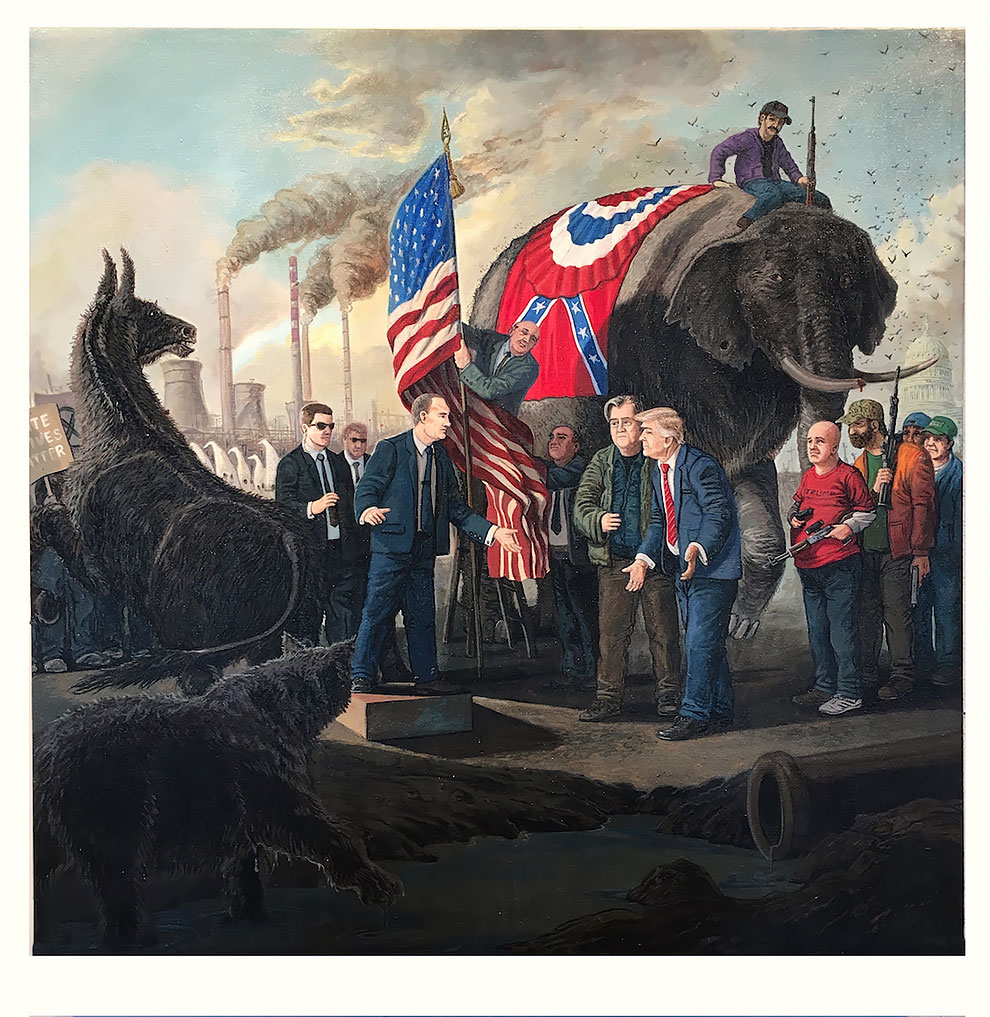 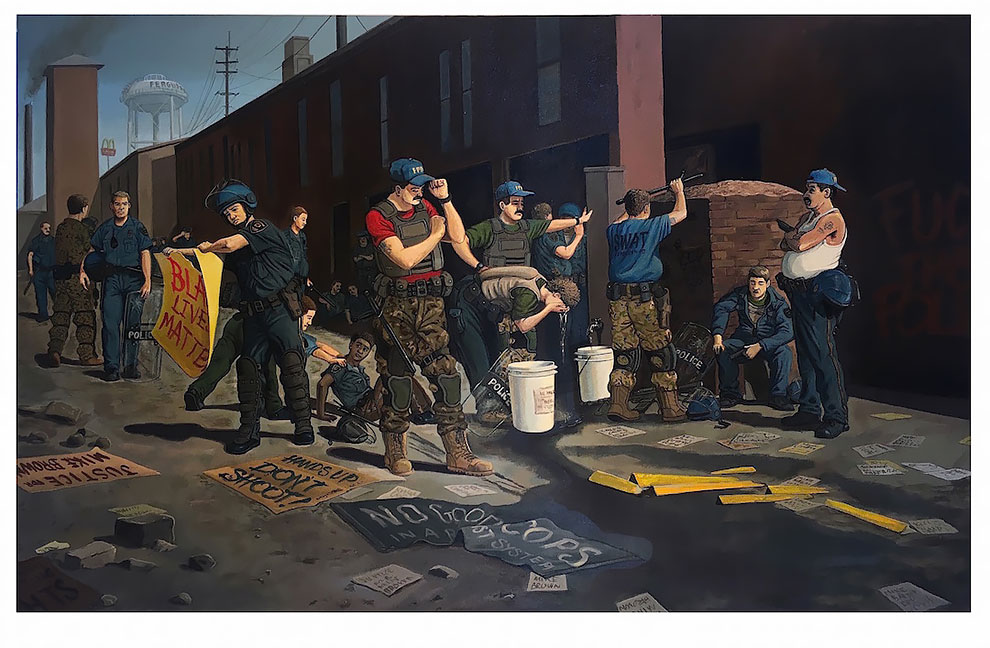 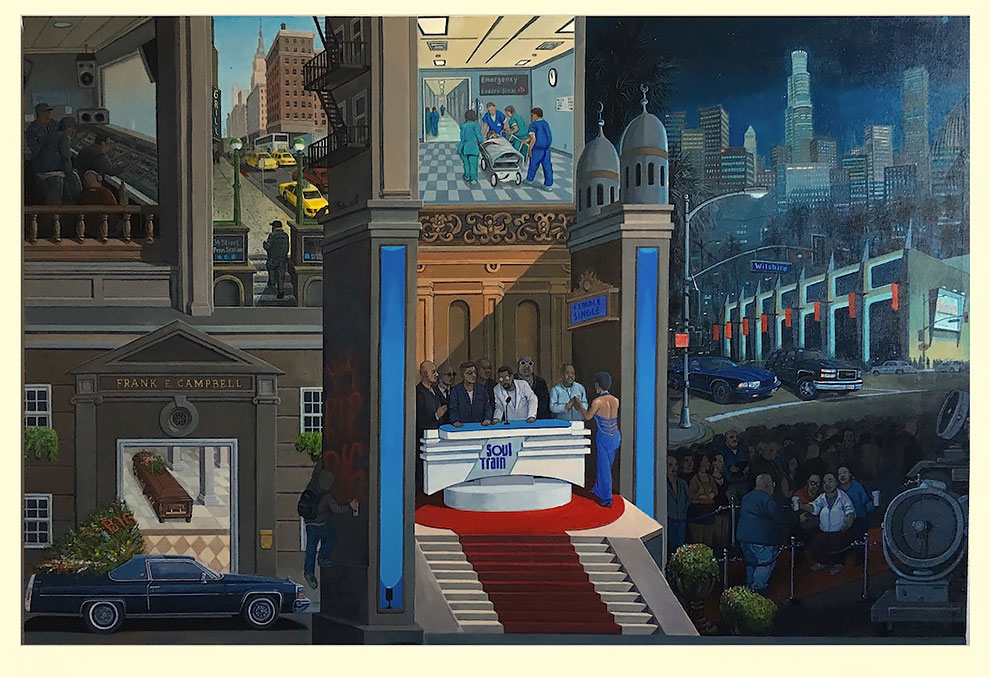