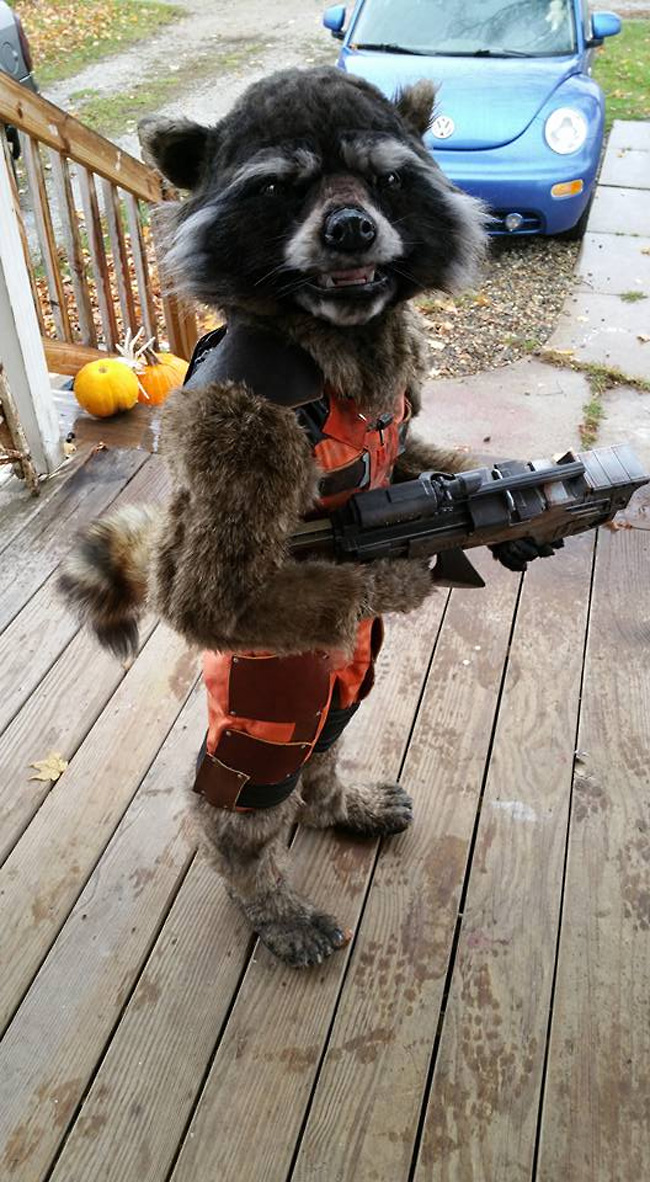 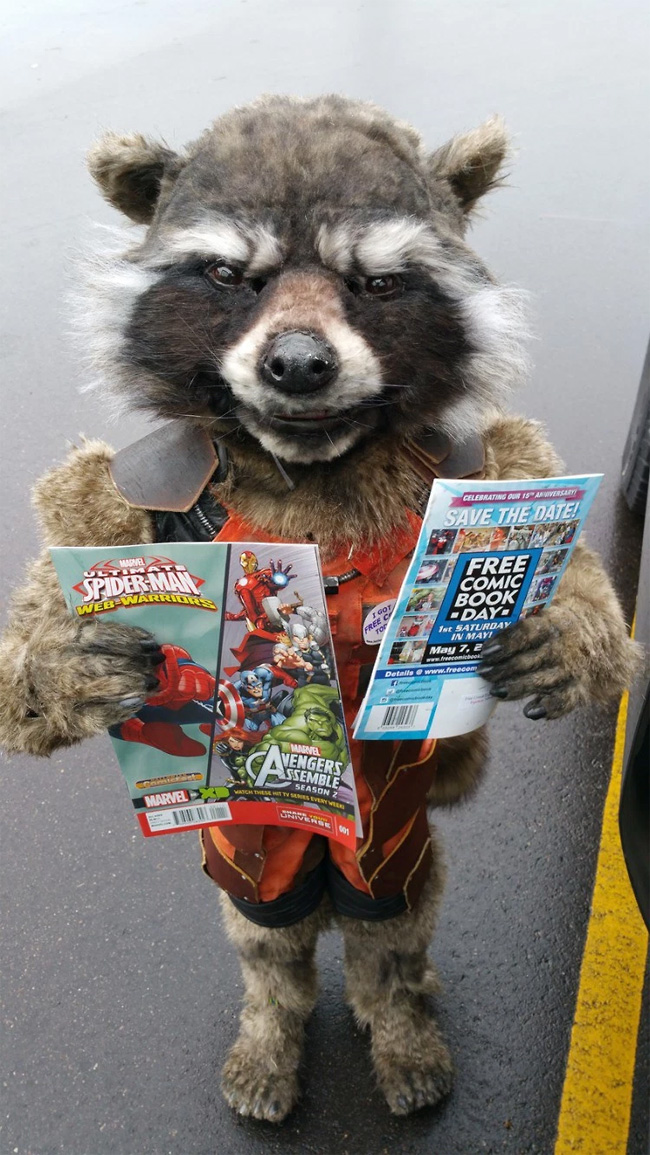 “We are going to be cosplaying Guardians of the galaxy for the next convention we do. (A while from now) my 5 year old really wanted to be Rocket, because he thinks a raccoon that kicks butt and shoots guns is awesome He fell in love with them when they showed up on his spiderman cartoon. I decided to start working on it ahead of time before the next conventions pop up.”

Borchardt made each piece by hand, painstakingly replicating each detail to near-perfection including a working hinged jaw. The costume was so impressive that Guardians of the Galaxy director James Gunn shared Chase’s picture on his Facebook page. 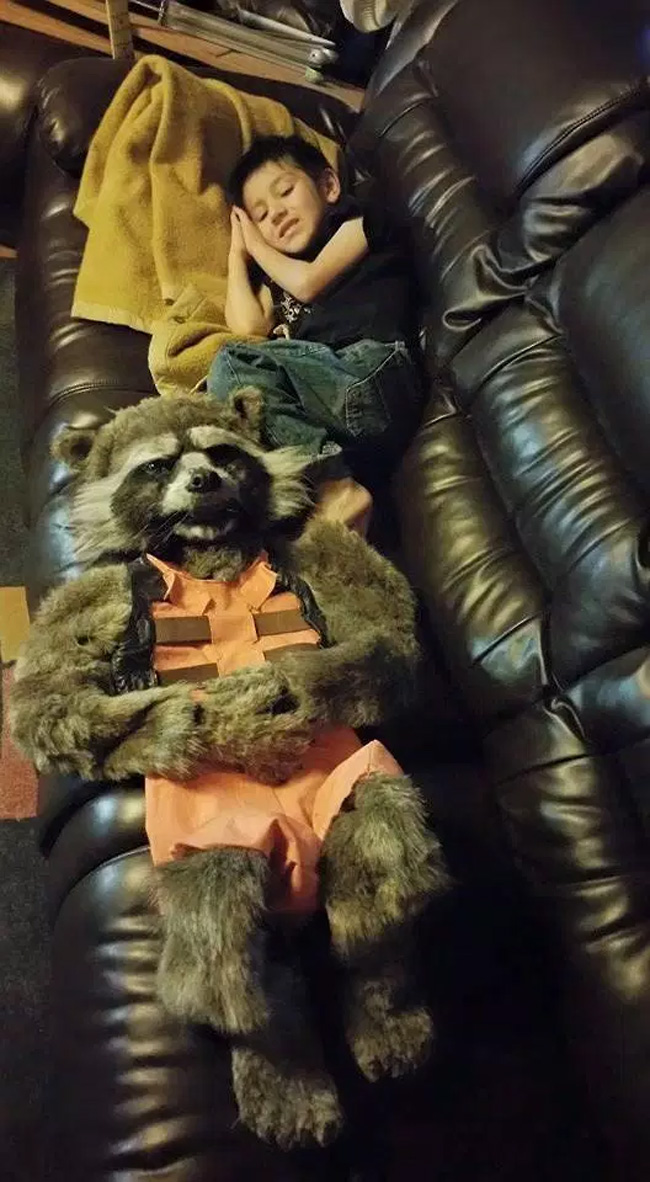