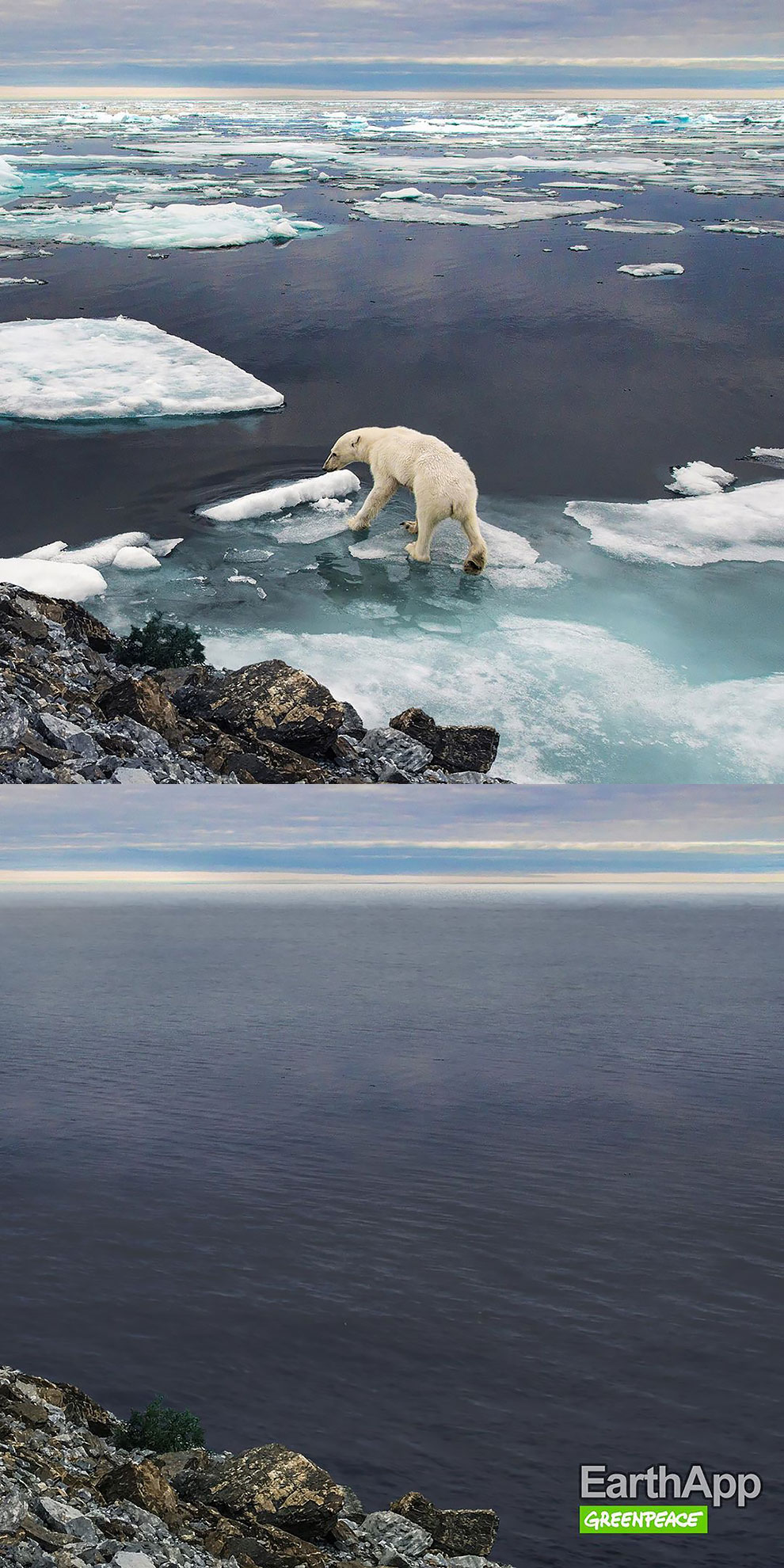 As FaceApp raises privacy concerns, Greenpeace Russia has decided to raise awareness about another important issue: the climate emergency. Working together with Isobar Moscow, Greenpeace has posted a series of Instagram carousels that depict how most beautiful places on the planet are going to look like if we do nothing about the climate crisis. 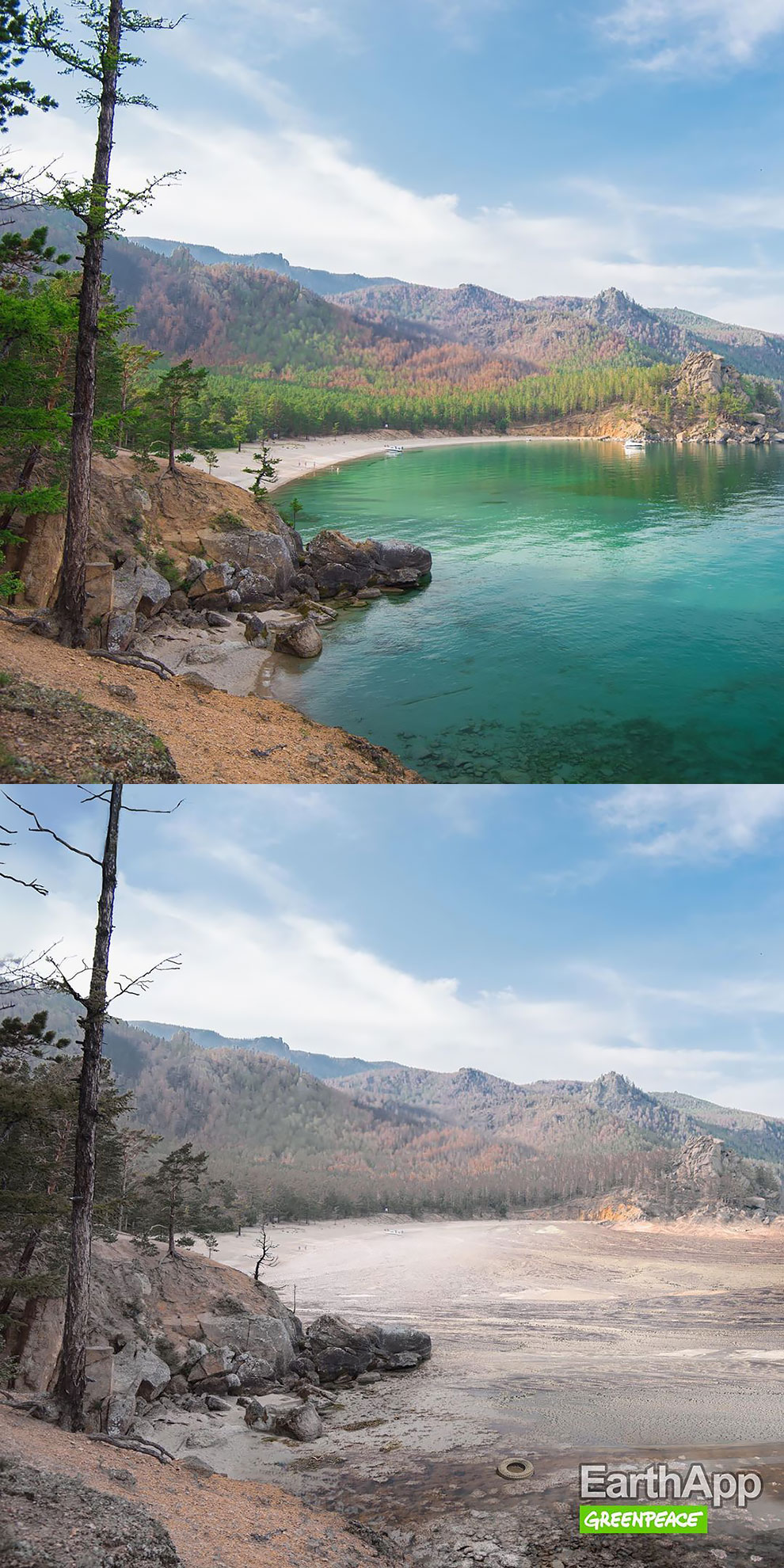 In the first post of three, Russian “second capital” St. Petersburg has been flooded with the waters of the Neva river. The initiative has gained attention of many influencers inside and outside Instagram. Many have shared the posts, inviting their followers to join the Greenpeace movement against the climate emergency.

“Scientists have agreed long ago that human actions are to blame for the modern climate change,” says Polina Karkina, Greenpeace Russia coordinator for climate and energy. “Humanity burns coal, oil and gas, that leads to the release of greenhouse gas. With these uncontrolled bursts we’ve turned the atmosphere into a trash yard. Its thin balance is broken, and the climate that was good for living becomes hostile to us and all forms of life around us. We need to spread the word that humanity is on the brink of catastrophe. And changes may come only if we stop acting like there’s no tomorrow.” 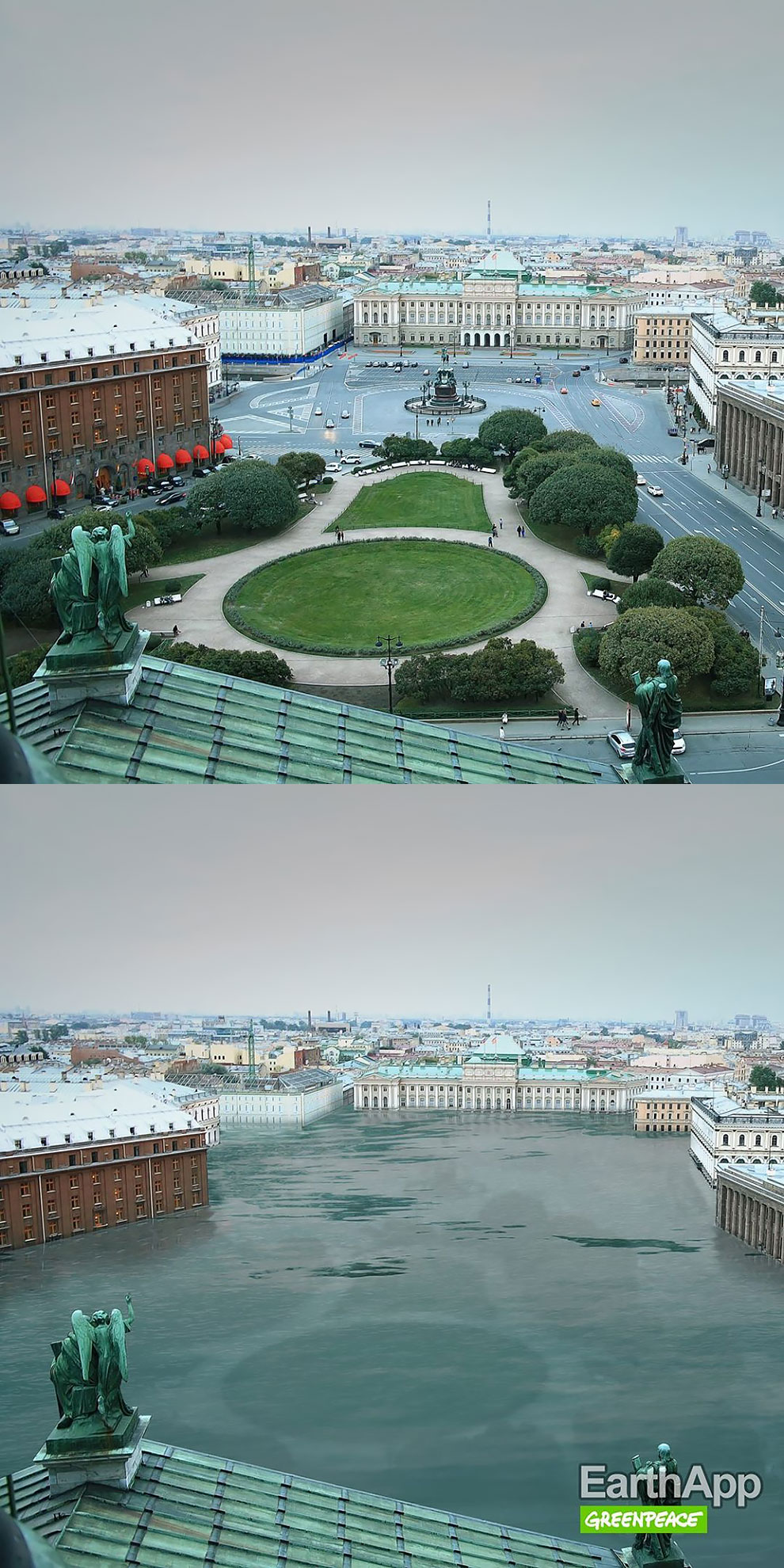 Diana Volkova, creative at Isobar Moscow adds: “Climate change gets harder and harder to ignore: we see how the weather changes, how ecosystems more become unstable. And when users post their “oldified” faces, a question appears: what is going to be around us by that moment? How the world changes when we look like our portraits from FaceApp? We’ve tried to show answers to these questions in our posts, to raise awareness and call to action against climate change. We don’t have that much time, but we still have it. Time to act now!”

Art of Science 2011 Gallery
Wonderful Photos Of The Sinister 1960 Cadillac Eldorado Cars
Nano Hummingbird
The 20 Brands With The Most Loyal Customers
Stunning Photographs From The Inside Of Russia’s Largest Bitcoin Mine
The Wave Shelf By Studio Lorier Can Change Its Shape
The Light Phone
Russian Industrial Crane Manufacturer Presented Its Sensual Calendar for 2021
Dutch Engineering Student Created Incredible Exoskeletal Mechanical Dinosaur Costume
These Photos Will Blow Your Mind – Russia In The 90s Through The Lens With French Photographer Lise Sarfati
Futuristic Solar-Powered Tree "eTree" In Israel
Baylor Basketball Uniforms
Concepts From Future Past: Cool Pics Of The 1951 Buick LeSabre Concept Car
Snowfall Makes Cars Happy: Someone Drew Eyes And Smiles On The Snow That Fell On The Cars
Remains Of An Older More Advanced Civilization Has Been Found In Russia
The Model of James Webb Space Telescope
A Broken Vintage Piano Turned Into A Unique Analog Hybrid Of 20 Instruments Connected To The Piano Keys
eBay And Jonathan Adler Launch The Inspiration Shop In NYC
Artist Johanna Jaskowska Creates Futuristic Instagram Filters That Are Taking Over Social Media
The Grace of Broken Space: Art by Sasha Tudvaseva
"The Stereo Cycles Of Sicily": Palermo Teens Pump Up The Velo
Collaborative Cooking Machine
Meet Selk'bag, The Wearable Sleeping Bag
Meet Nikita Replyanski, An Artificial Limbs And Wearable Technology Designer
change, climate, EarthApp, global, greenpeace, russia, warming