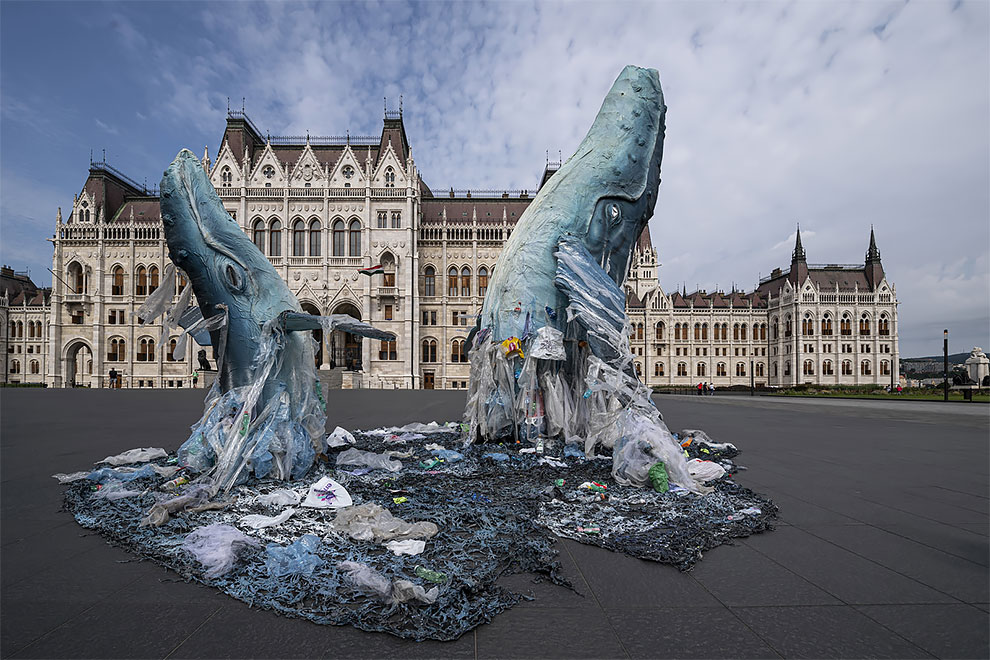 Greenpeace activists assembled life-sized sculptures of two whales emerging from a sea of plastic waste in front of Hungarian Parliament. The large whales, made out of paper, were assembled to raise awareness about disposable plastic waste pollution in the different seas. 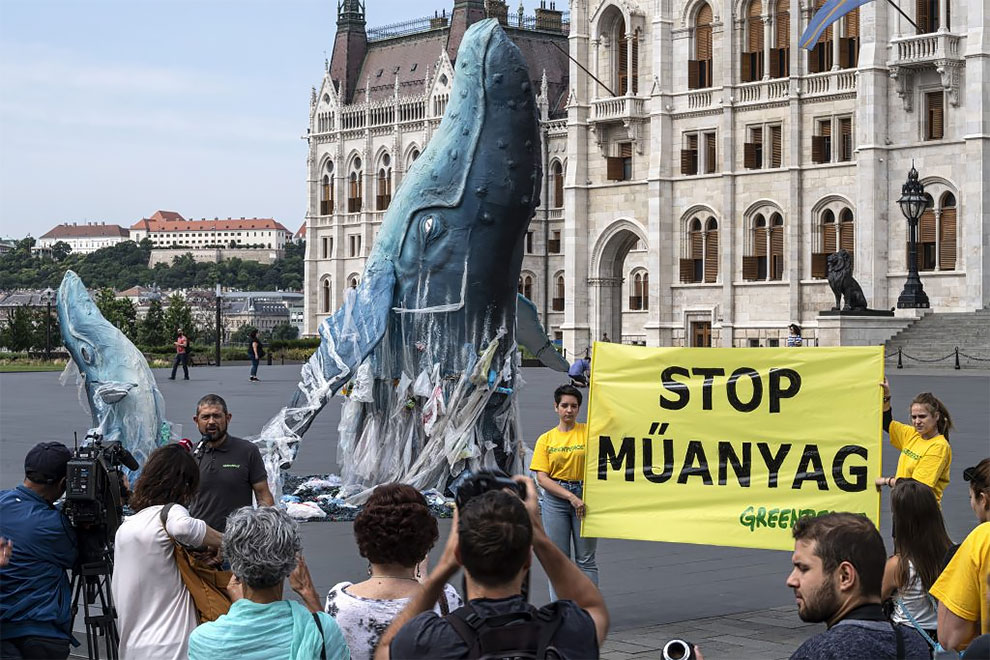 As local Greenpeace activists said, We expect the Hungarian government to ban single-use plastic bags in Hungary – as has already happened in neighboring Austria and Romania. 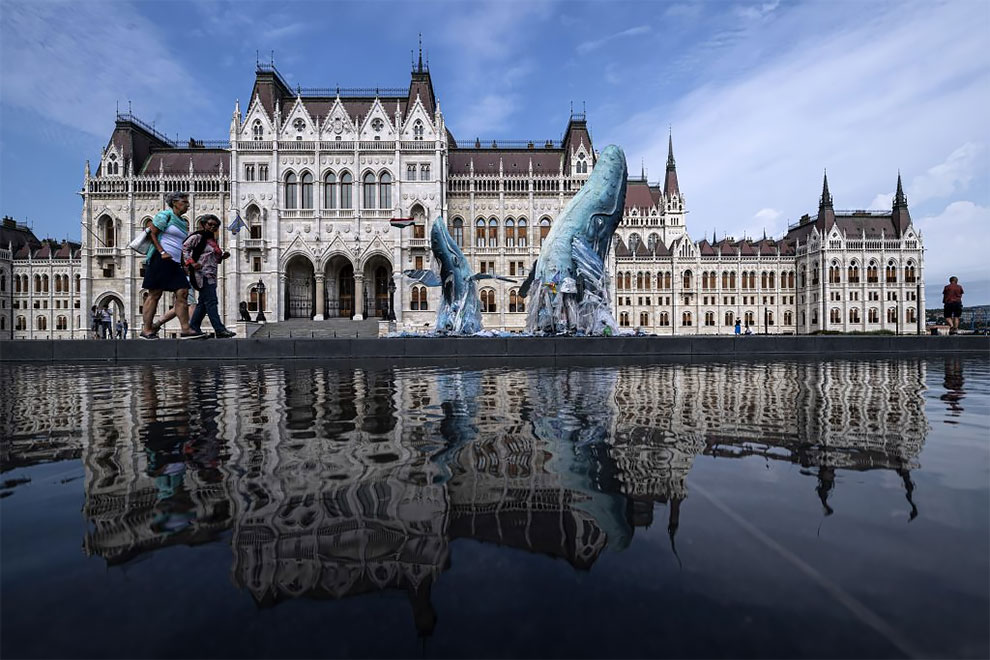 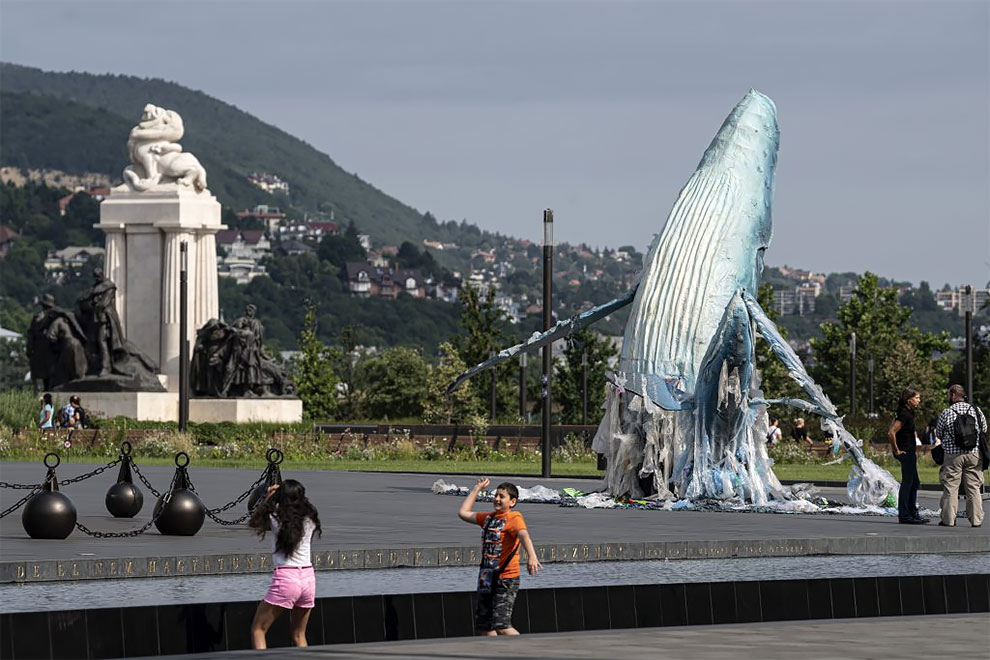