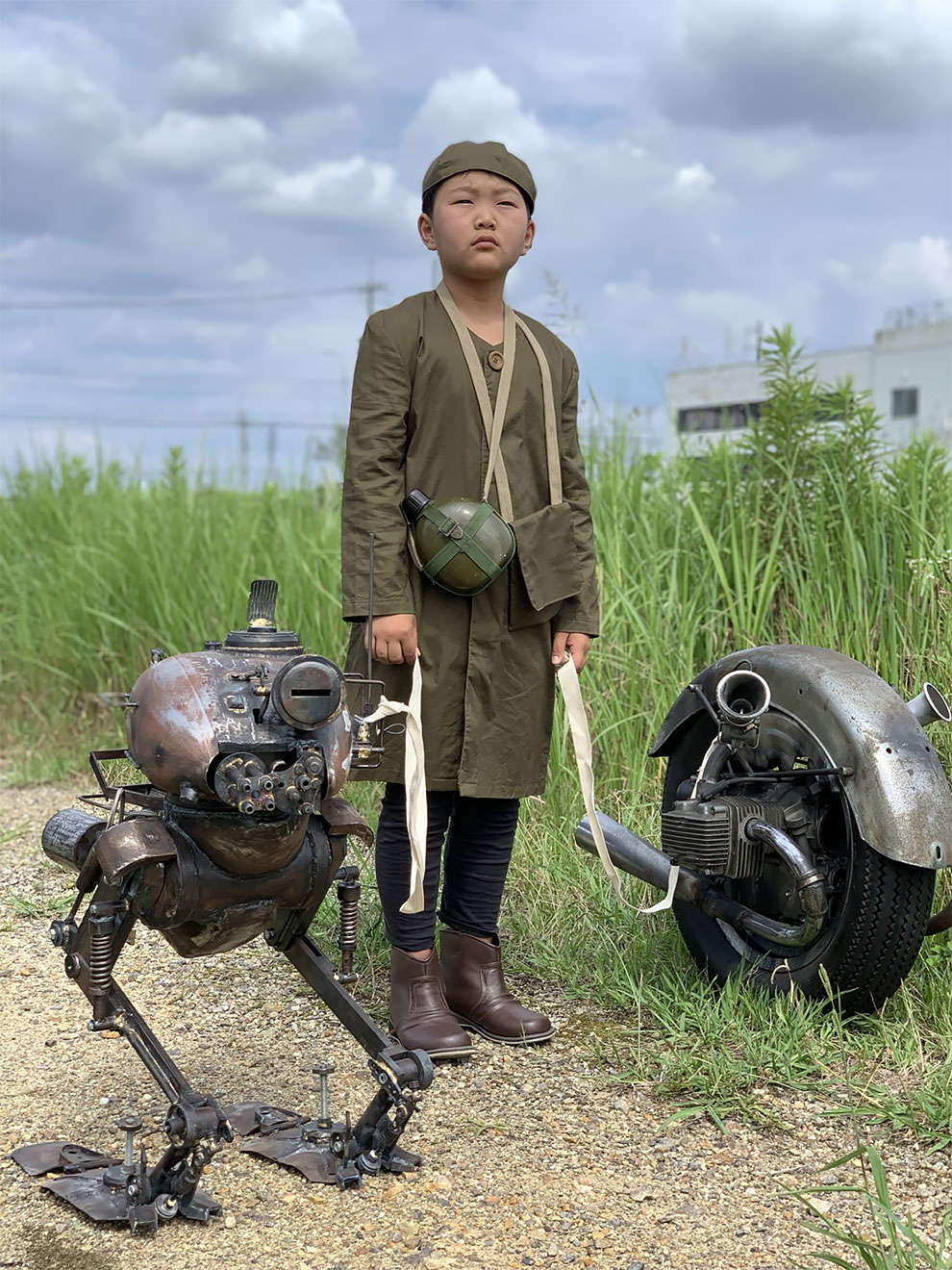 If you are not familiar with Maschinen Krieger (abbreviated as Ma.K) here is a little bit of background. The franchise was started by Kow Yokoyama in the 1980’s. Yokoyama-san was a scratch-build modeller, artist and sculptor. Among his works he built machines of war that would fight in the 29th century, but took their visual cues from early 19th century weaponry and the early NASA space program. All his models were pieced together from numerous kits including armor, aircraft, cars and found objects (like ping pong balls). 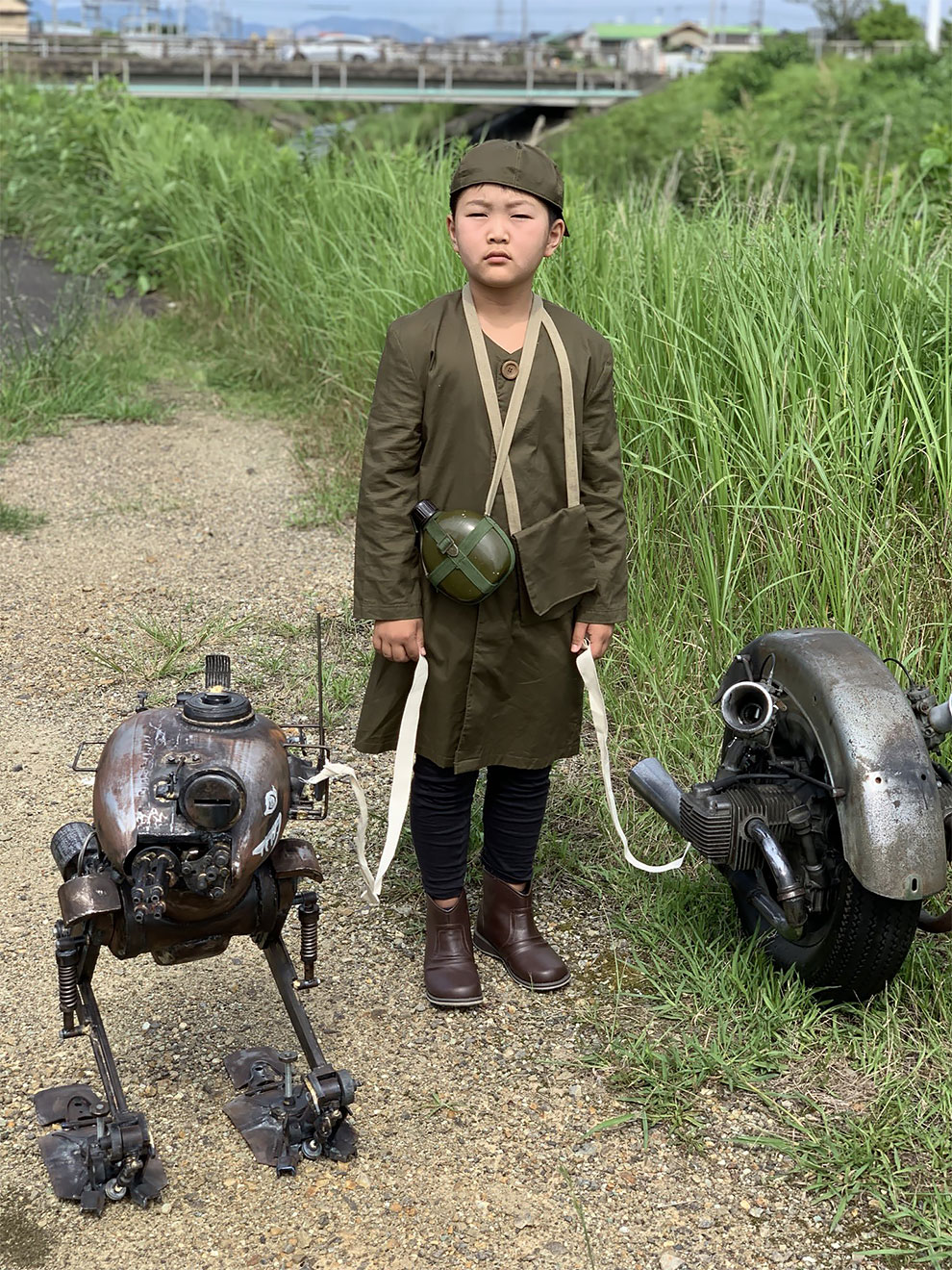 Yokoyama-san along with Hiroshi Ichimura and Kunitaka Imai worked together to create a photo-based story called SF3D, which was printed each month in Hobby Japan magazine from 1982 to 1985. The photos used real world backgrounds, forced perspective, motion blur and visual effects to look as realistic as possible. They became incredibly popular and a small company, Nitto, began producing styrene kits of the various war machines primarily in 1/20 scale, but also a few in 1/76 and 1/6. 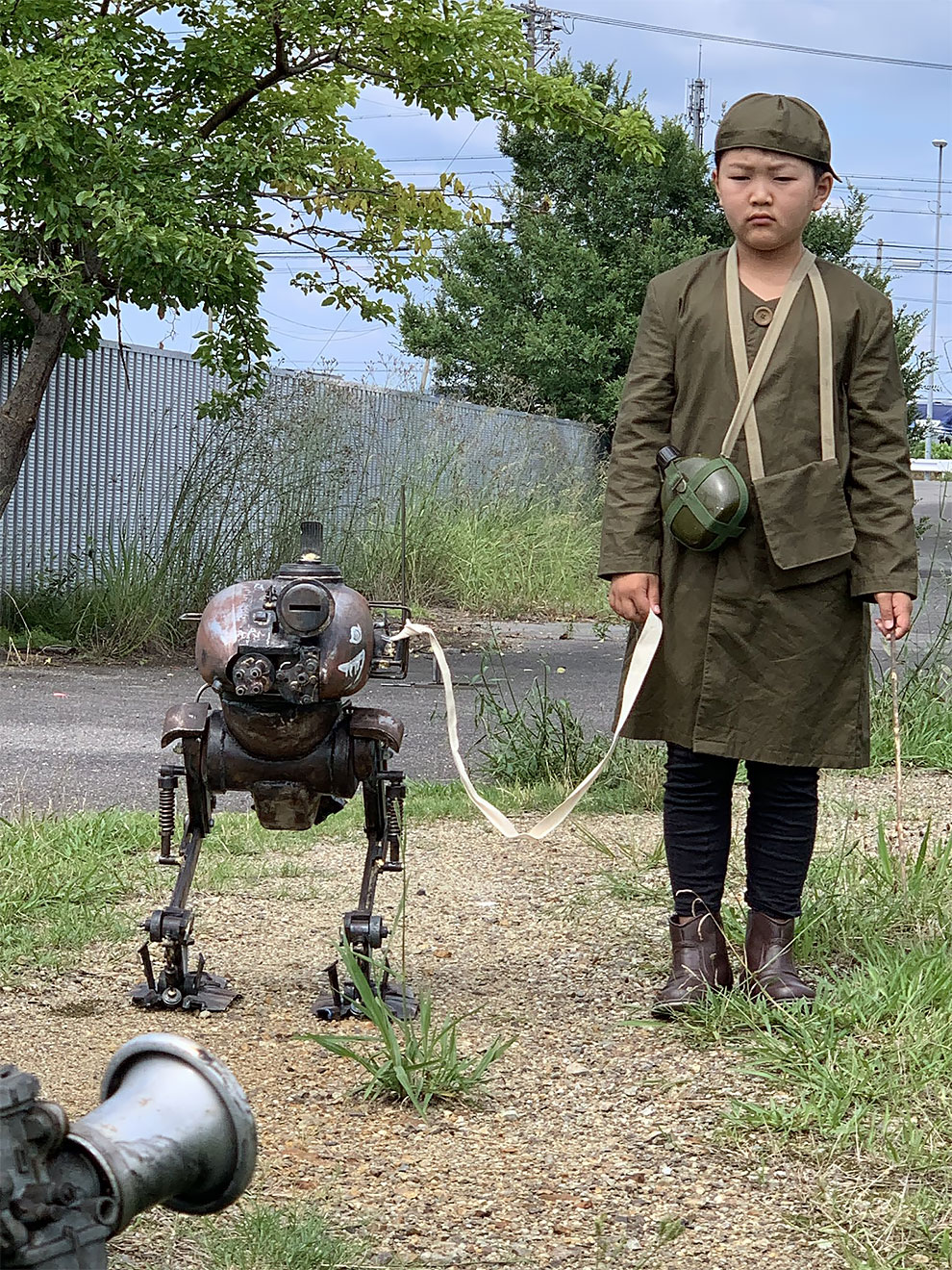 The story relates to a war fought on Earth and the Moon in the late 29th century. In 2807 a nuclear WWIV renders Earth uninhabitable. Miraculously by 2859 the environment restores itself and colonists return to rebuild. Over the next 20 years the colonies thrive in a rather Wild West/anarchic fashion. The Galactic Federation, the human interstellar governing body, sends the Strahl Democratic Republic (SDR) forces to take control and form a ruling government, which they do with an iron fist. The colonists and their governing structures rise up and form the Earth Independent Provisional Government, which with the help of wealthy colonists hire mercenaries to muster the Independent Mercenary Army (IMA). The stage is set for years of brutal and murderous battle, which becomes the crucible for the development of the war machines we enjoy in kit form. 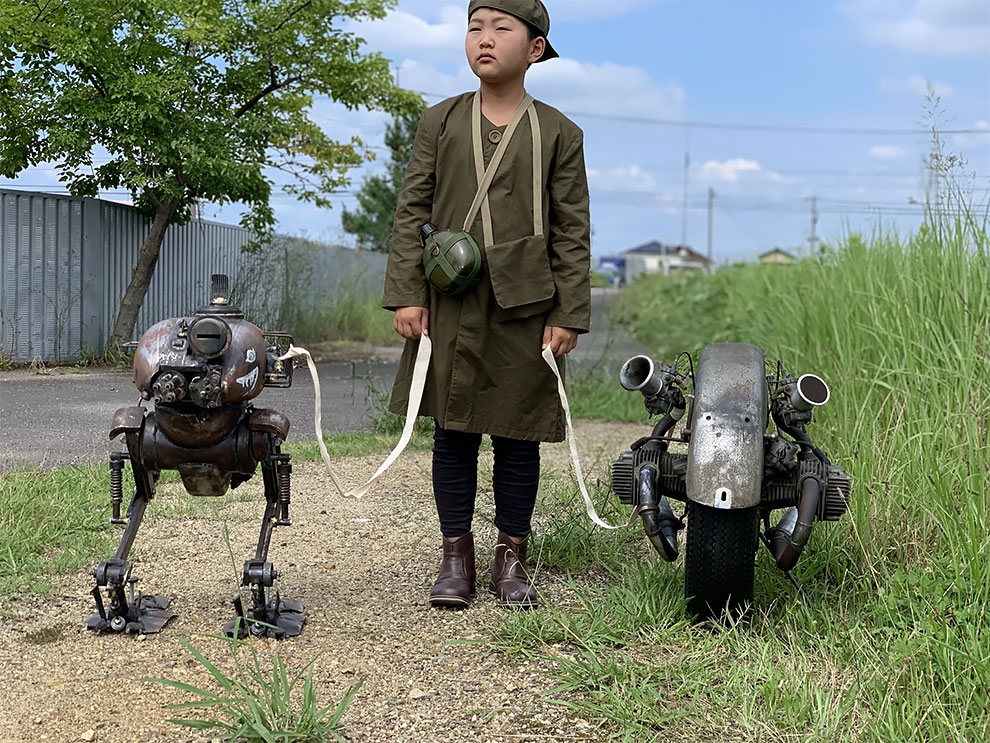 In 1986 some real world drama lead to a court battle between Kow Yokoyama and Hobby Japan magazine for control of the copyright. This caused Nitto to stop kit production. Fortunately in the 1990’s the lawyers were done and Yokoyama-san had regained control and patched up the relationship with Hobby Japan. The project was resurrected under the name Maschinen Krieger ZbV3000, and Nitto re-released its kits under the new name. In later years the same styrene kits and new designs were also released by Wave, another Japanese modelling company. 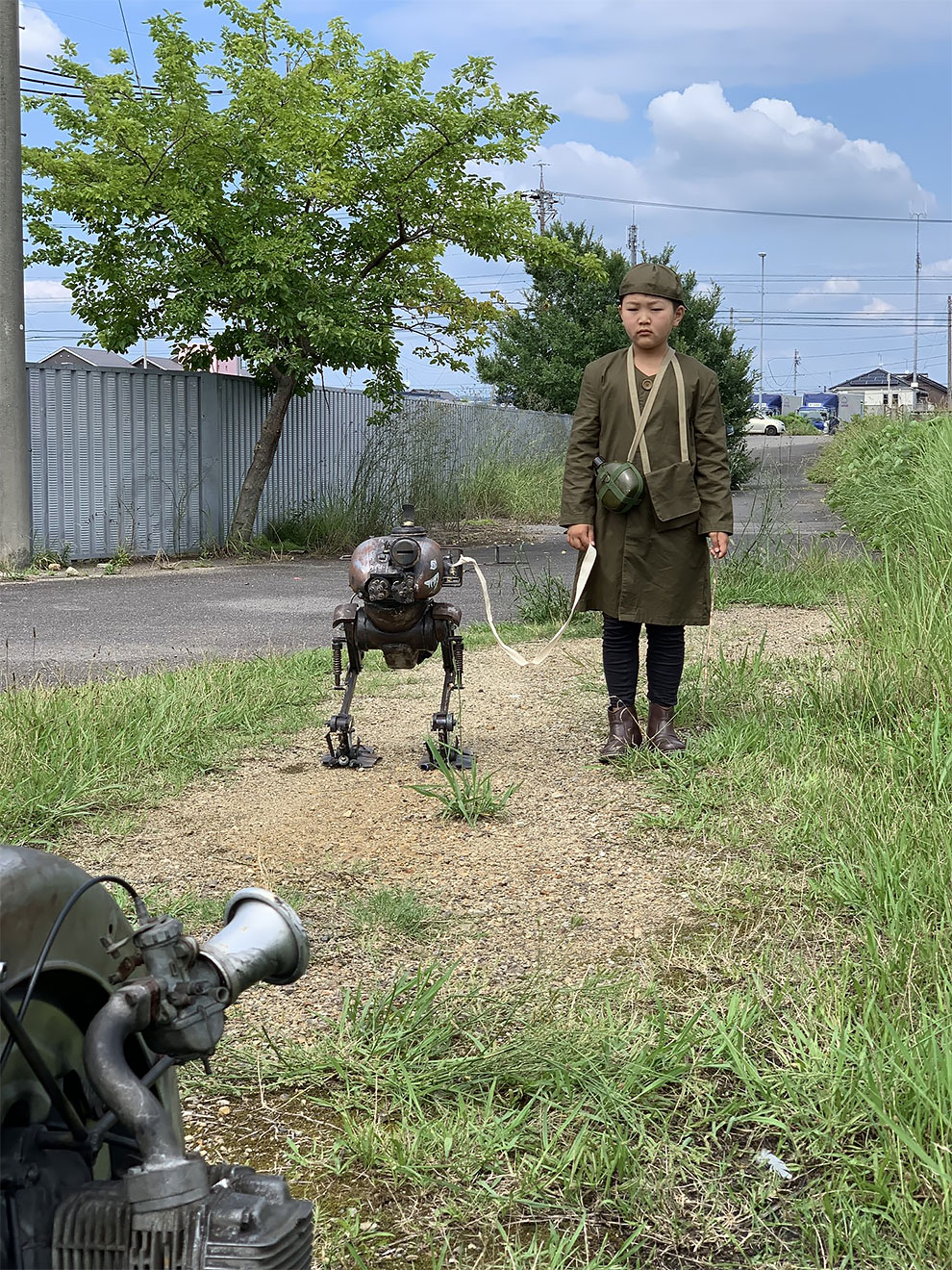 Some of the companies and modelling circles were given permission by Yokoyama-san to produce resin garage kits. Some were full resin kits of the vehicles and suits, but most of these were (and are) figures and replacement pilot heads, along with conversion kits for variants of the armor suits and vehicles. Some of these kits were produced by Rainbow-Egg, Modelkasten, Futch, Love Love Garden, Brick Works, and the renowned Silicon Tribe (who produced SAFS variants in 1/16 scale). The older, full vehicle resin kits can still be found, but the prices are staggering. 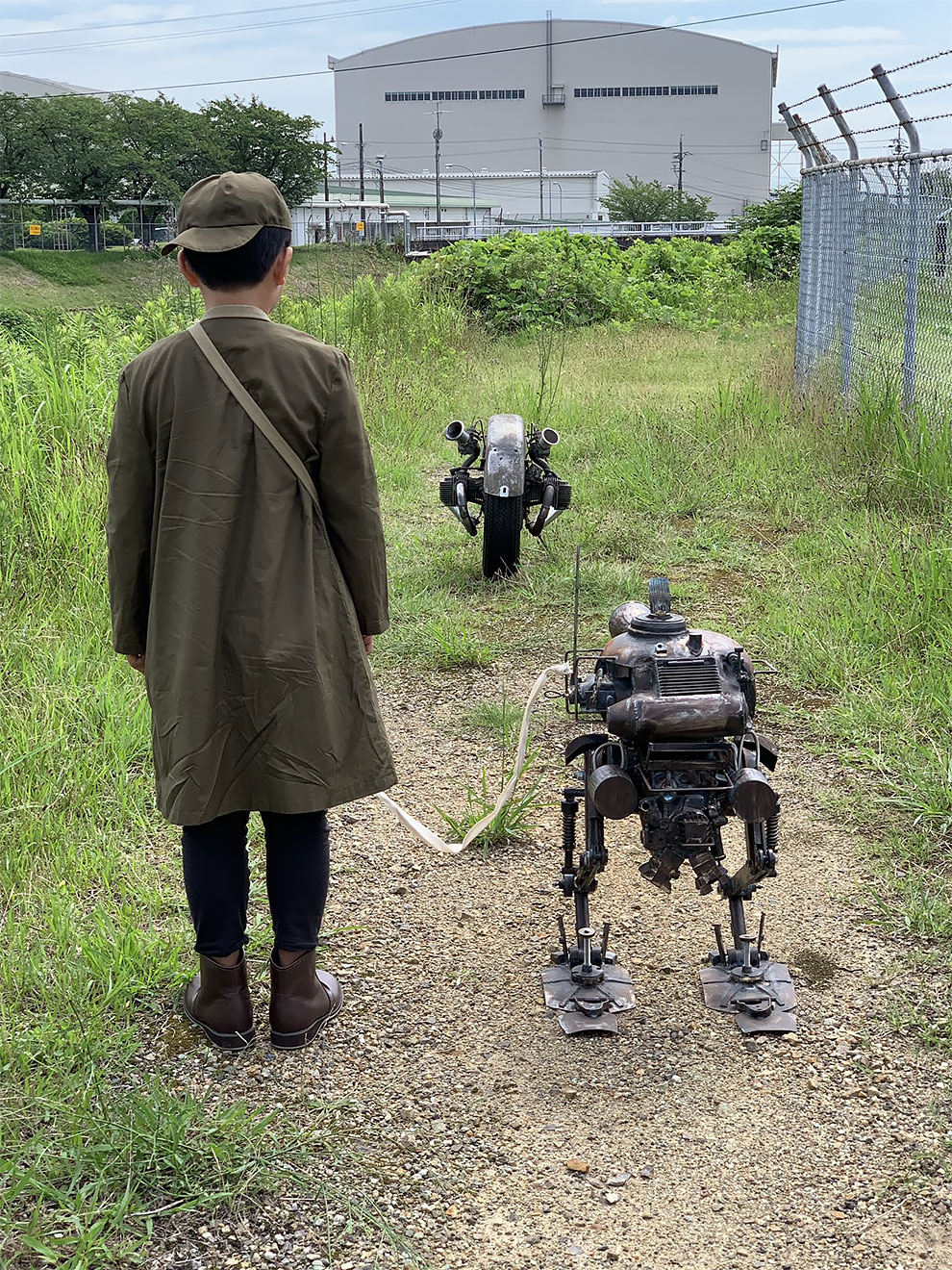 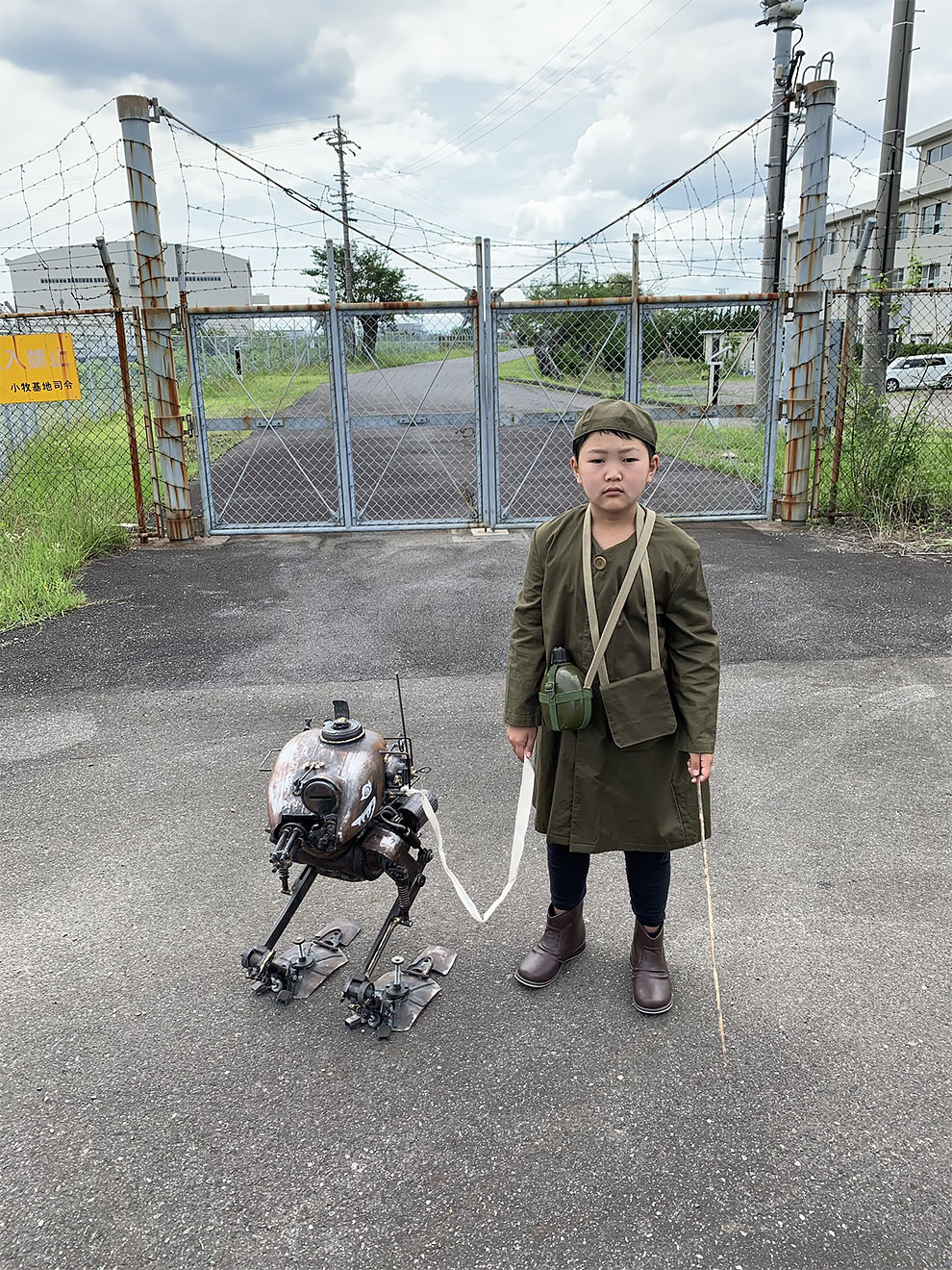 Innovative Russian Bakery Uses 'Brushstroke' Decorations To Create The Most Amazing Cakes
Taxidermy Animal Hats: Bizarre Victorian Fashion Trend
Good Enough to Eat! Artist Turns Body Parts Into Food Items that You’d Never Guess Aren’t Real
Meet The Hater Box, A Random Contestation Generator As An Answer To Social Networks
"Nude" Photos of Pastel-Colored Urban Tokyo by Rumi Ando
Mom Creates Famous Cartoon Characters From Healthy Meals
2020 Fashion Novelties: Crocs Gloves And Ramen Handbag
This Handmade Belly Fat Coffee Mug
This Girl Spent 1000 Hours Working On This Incredibly Detailed Anubis Costume That Looks Like It Was Made With CGI
Afrofuturism Through Sculptural Eyewear Objects By Cyrus Kabiru
These Two Cats In Japan Have Been Trying To Sneak Into A Museum For Years
Space-Themed Birthday Cake Reveals An Entire Universe When Sliced
"Schoolgirl Nightmares": Bizarre And Horror Paintings By Kazuhiro Hori
Sorry, Ladies, But Braiding Your Hair Is Now A Male Thing
The World’s Largest LEGO Cherry Blossom Tree Blooms In Japan
World's Largest Hammock Installed In New Jersey
50 Obsolete Things To Prove How Much The World Has Moved On And Changed
A $49 Milllion Miniature Megacity Being Recreated In A 49,000-Square-Foot Exhibit Space In NYC
This Mom Makes Awesome Costumes, Masks And Toys Out Of Cardboard Boxes For Her Kids
Toy Retailer Hired A Designer To Create ‘Friends’ Barbie Dolls, And They Delivered
American Sculptor John Bisbee Makes His Pieces Out Of Steel Nails
"Lost In Translation": Cinematic Street Photos Of Tokyo By Yusuke Kubota
The “Happy Computer Icon” Stand For Iphone Made Of Paper
Want to Take Your Pet Fish for a Walk? There’s a Bag for That!
japan, Maschinen Krieger, modelling, recreation