Pictures Of Arnold Schwarzenegger Walking Through Munich In Swimming Trunks In Order To Promote His Own Gym, 1967 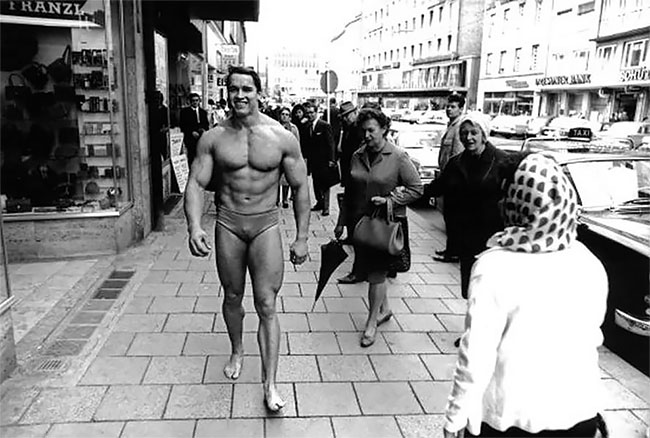 It is not too much to say that Arnold Schwarzenegger has undoubtedly become one of the historical titans of our time. He has changed the “Iron sport”, the movie industry and even the political background in the United States and worldwide once and for all. Although Arnold’s life achievements are generally associated with the United States, he spent twenty-one years of his life in Europe, in Austria and Germany. 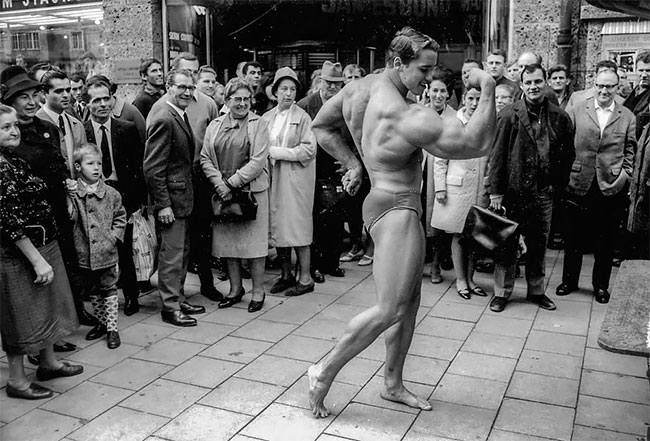 Arnold Schwarzenegger finally got to see Munich himself back in Autumn 1966. At his nineteen, after nine-month military service, the young bodybuilder finally left his parents’ home in Tal, Austria. Looking out the window of the train from Graz, Arnold was fascinated with the scale of a city with a one million population. The very Munich Hauptbahnhof (“main station’’ in German) colored Schwarzenegger’s impress. After all, he now had to start a new adult life far from his home, get himself a job, explore his bodybuilding ambitions and all this with a help of Rolf Putziger, his new patron. 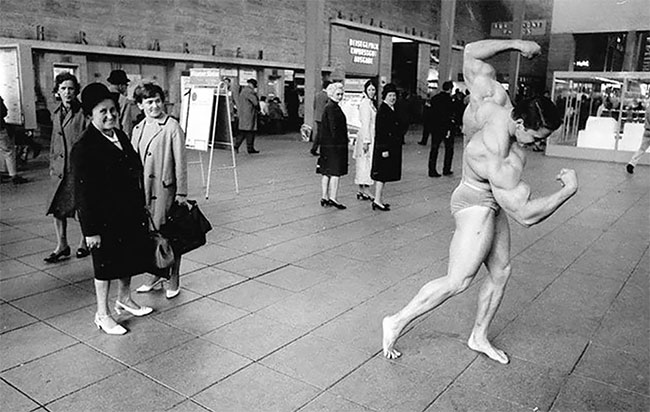 “As the train came near to the city, I began seeing more and more houses, and then bigger buildings, and then up ahead the city center. I was wondering in a corner of my brain, “How will I find my way around? How will I survive?” But mostly I was selling myself on the mantra “This is going to be my new home.” I was turning my back on Graz, I was out of there, and Munich was going to be my city, no matter what.” 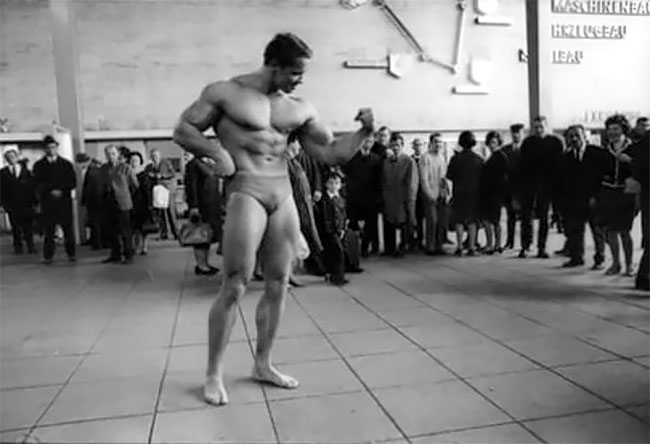 Albert Busek, an editor in Sports Review magazine and one of the institutors of the 1965 Mister Europe contest, had made his promise to welcome Schwarzenegger at the railway station. A young star, an Austrian Oak, was picked up by Franz Dischinger, another young bodybuilder, who had previously come of second best next to Arnold in Stuttgart (Mister Europe 1965). Franz and his local friend encountered Arnold, made their trio way to a cafe here on the Hauptbahnhof and then took a car ride to get Arnold to Rolf Putziger’s suburban home on the outskirts of Munich. Therefore, Munich Central Station had once become a doorway to Munich for Arnold. 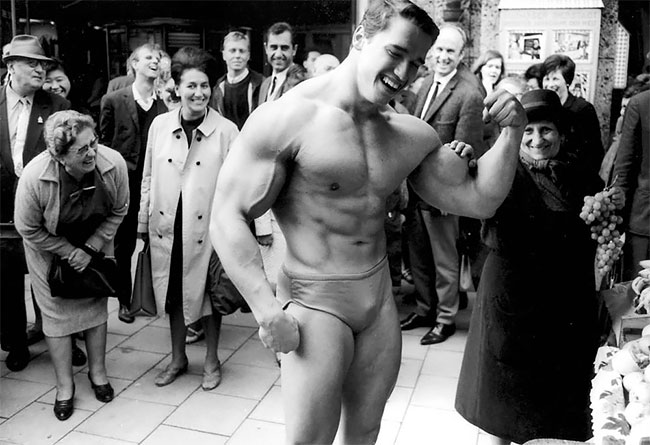 After the Mr. Universe 1966 contest, with his 2nd place after Chet Norton and despite the strained relations with Putziger, Arnold devoted himself to promoting the gym doing his best. During this period his friendship with Albert Busek rose to a new level of partnership. They went all-out to attract more trainees to the UNIVERSUM and leave Reinhard Smolana far behind. Praising, word-of-mouth techniques, even putting up posters — everything counted. By 1967, in just a year, with these efforts, it was possible to double the number of regular customers of the gym at Schillerstrasse 36 and bring them to three hundred. 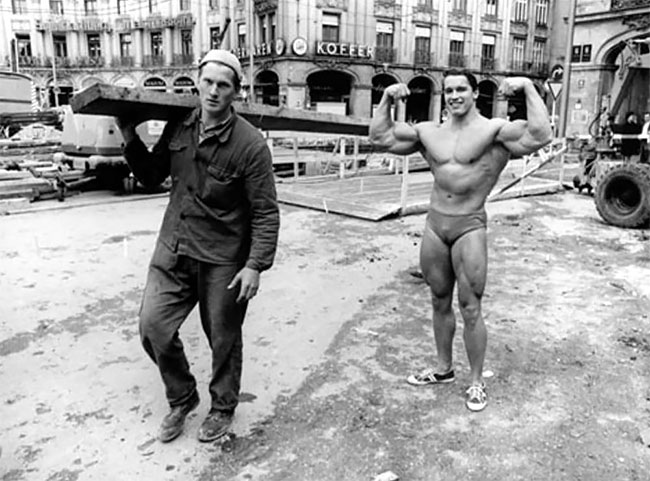 In September 1967 Arnold Schwarzenegger did finally reach his goal and won Mister Universe title in London. After taking a breath, a new champion returned to Munich with ambitious to make use of his new status in popularizing bodybuilding. 300 trainees for a 1 million Munich was still a bit of low-profile result. but these were the realities of bodybuilding awareness in Germany in the 1960s. 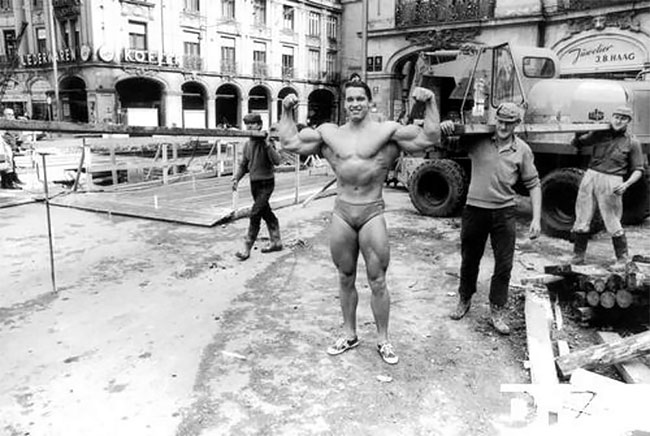 The initial point of the improvised route was at the Munich Hauptbahnhof railway station. Arnold made a number of his champion poses just in front of the ticket office. People began to gather around the young star, surprised by such an unprecedented spectacle. A young man was posing at the main hall of the station. This spacious lounge has changed a little since 1967. Taking the famous photographs closer, we could see a carving in stone with the MASCHINENBAU. HEZEUBAU. UBAU inscription, which was not preserved till present. Both sides of the hall now face the cashier-machines and an advertising poster, including McDonald’s. 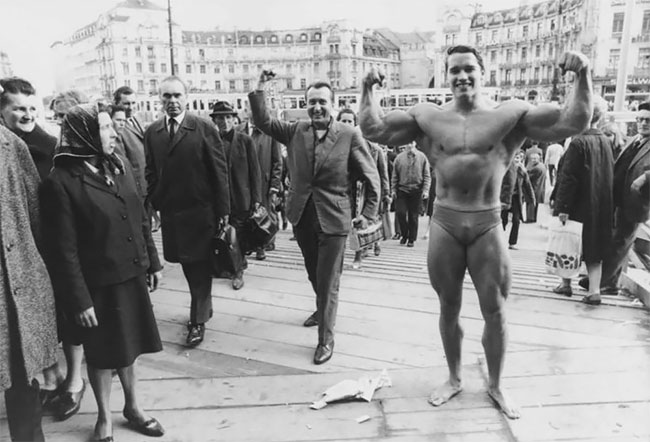 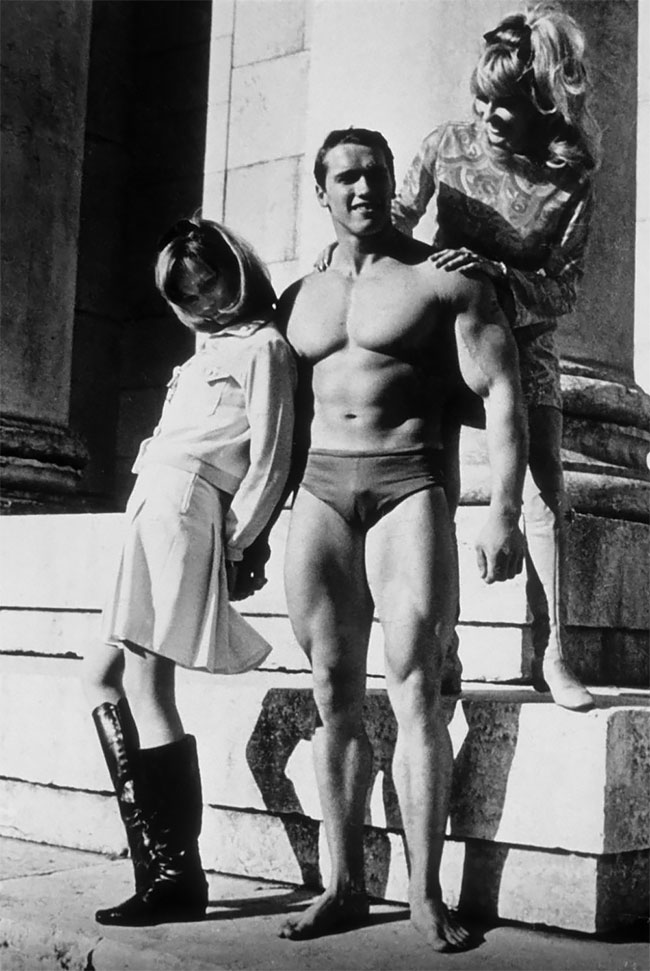 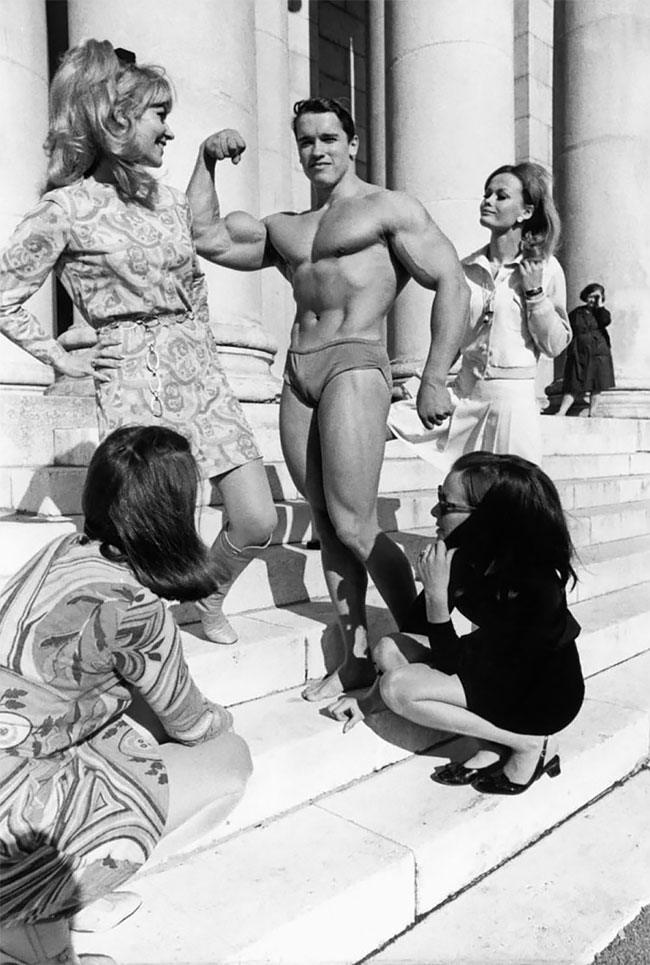 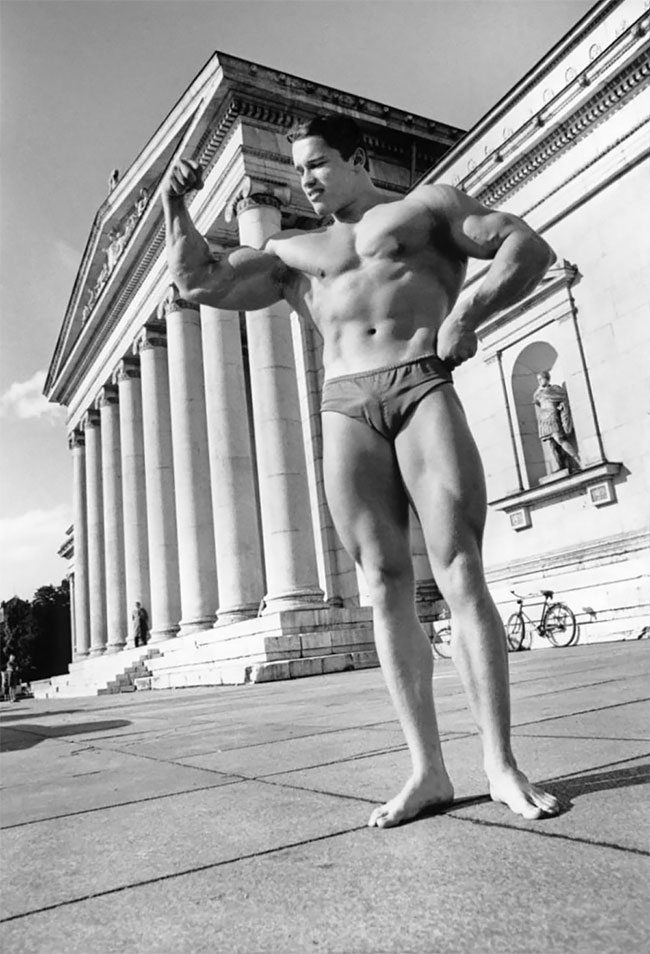 Photographer Took Photos Of Strangers In The 1970s, And When 20 Years Passed, He Set Out To Find Them Again
"Rite of Passage": Striking Vintage Photos of Florida Spring Break in the ‘80s
Sad And Depressive Black-White Conceptual Artworks By The Russian Photographer Victoria Ivanova
Photographer Jack Daly’s Satirical ’80s Ads Challenge The Concept Of Masculinity
Aqueous Roses And Liquid Blooms Photographed By Mark Mawson
Zara Shoppers Are Complaining It’s Impossible To Shop Online Due To Weird Modeling Poses
Photographer Travelled The World To Document Children And The Food They Eat In A Week
This Extraordinary Close-Up Photos Turns Mundane Insects Into Terrifying Beasts From Another World
'Chicks With Guns' by Lindsay McCrum
Remember Hong Kong: Relive The Sights And Smells Of Old Hong Kong
Photographer Mom Takes Magical Autumn Portraits Of Her Kids
Paolo Di Paolo Captured Spectacular Photos Of Italy In The 1950s And 60s
Shot Face: Photographer Captures Cool Pictures Of People Doing Shots
2014 National Geographic Photo Contest, Week 2
Rare Photographs Of The Beatles On Holiday On Tenerife Island Before They Became World Famous
Photographer Takes Funny Pictures Of Herself And Her Dog In Silly Costumes
These Winning Photos Of The 2018 Underwater Photographer Of The Year Contest Will Take Your Breath Away
Mother And Daughter: Debbie Reynolds And Carrie Fisher Together In Pictures
2016 UK Wildlife Photographer Of The Year Finalists
When LIFE Magazine Received Pics Of Still-Unknown Marilyn Monroe, They Replied “WTH Is Marilyn Monroe”
2 New and Awesome Wall Decal Collections from PIXERS
Vibrant Life Of 1970s Harlem As Photographed By Jack Garofalo
Photographer Chrissy Sparks Transforms Ordinary Women Into Glamorous Pin-Ups
Beautiful Slavic Folklore With Julia Galimova
Stunning Vintage Photos That Capture New York’s Subway Since The ’80s
The 6th International Fonambules Body Paint Festival in Mexico City
Death-defying Stunts
Sochi, The Russian Riviera Of 1988 Through The Lens Of Photographer Carl De Keyzer
The Taser Photoshoot: Portraits Of People's Faces When Hit With A Stun Gun
Gaze Into the Eyes of Animals Through Stunning Macro Shots
1960s, Arnold Schwarzenegger, bodybuilding, germany, gym, munich, retro