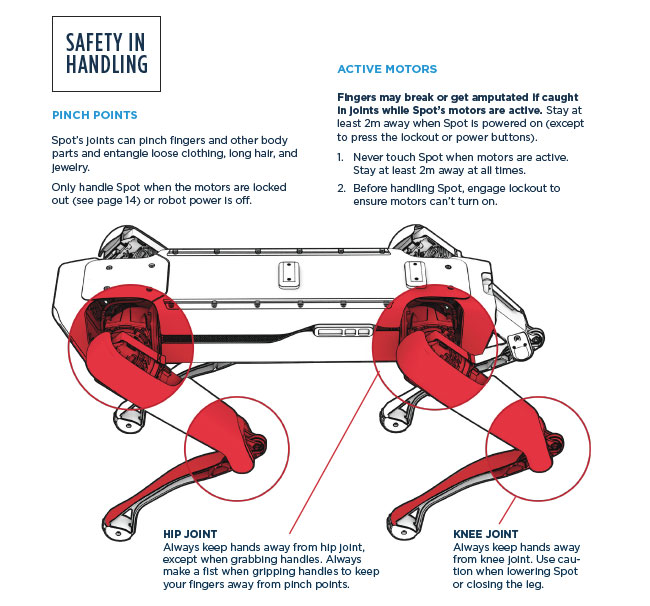 Twitter user @LenKusov actually published a list of all the ways you could thwart the robot dog and it’s actually pretty pathetic how easy it is.

You can take your pick out of the following: pressing its completely unguarded and easy to access power button; ripping out its battery; shooting it; or even just throwing a blanket over the top of it to block its optical signal. A WiFI jammer would serve the same purpose if you’re baller enough to have one on your person and it’s also worth noting that the battery life on one of them isn’t that long, so if you just hide for a while then it will probably end up running out of juice.

Here’s some more detailed information about each one of those points: 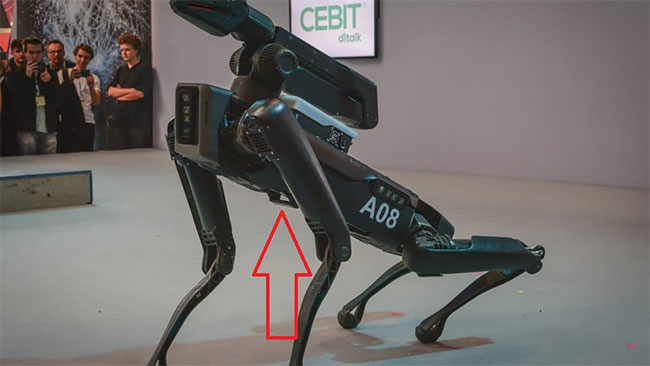 According to @LenKusov: “PSA: if you or someone nearby are being brutalized by a police Spot robot and can get a hand or something underneath, grab this handle and yank it forward. This releases the battery, instantly disabling the robot.

Keep your hands away from joints, Spot WILL crush your fingers.” 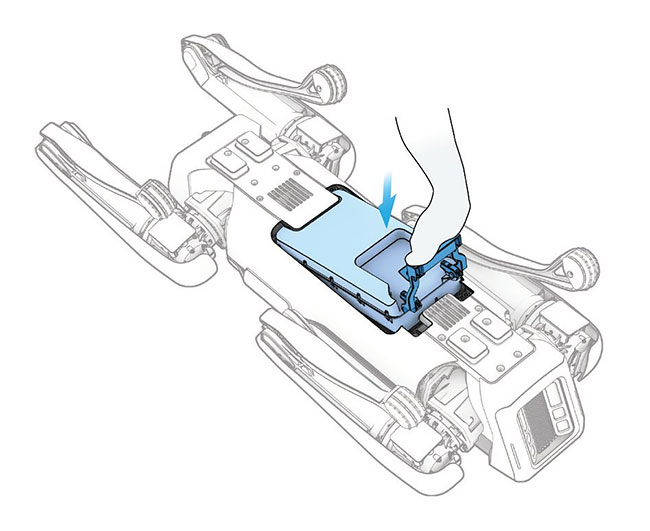 “If you are a bystander and can get BEHIND spot, don’t hit the power button, hit the OTHER button – it physically disconnects the motors.” 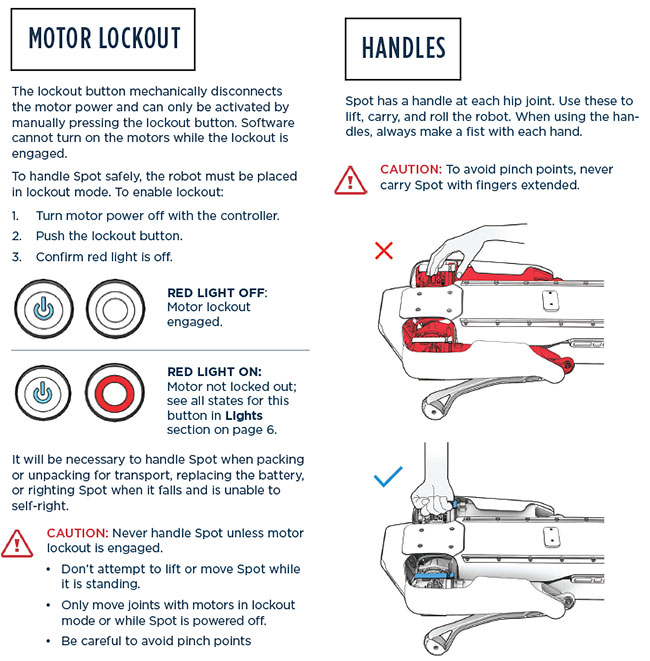 “Spot can also be countered with booby traps easily.” 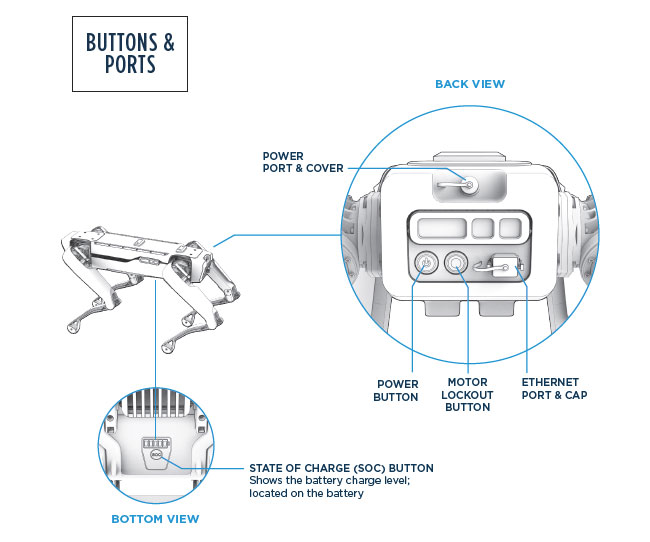 “If you’re armed, shoot center-of-mass as normal. The lithium pack is huge and not armored” 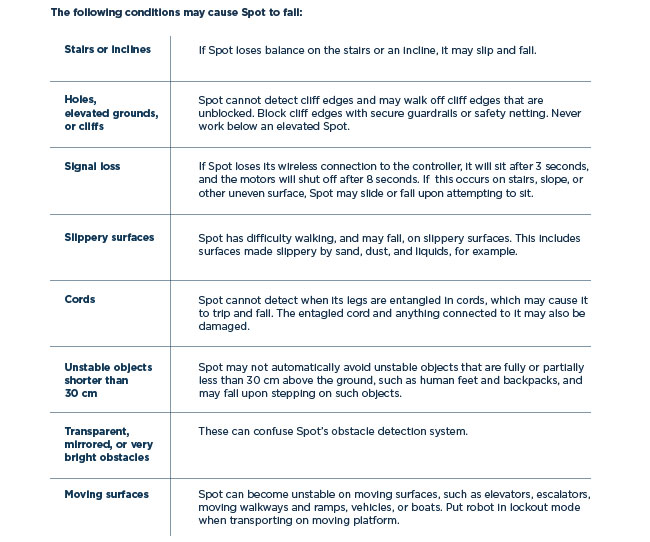 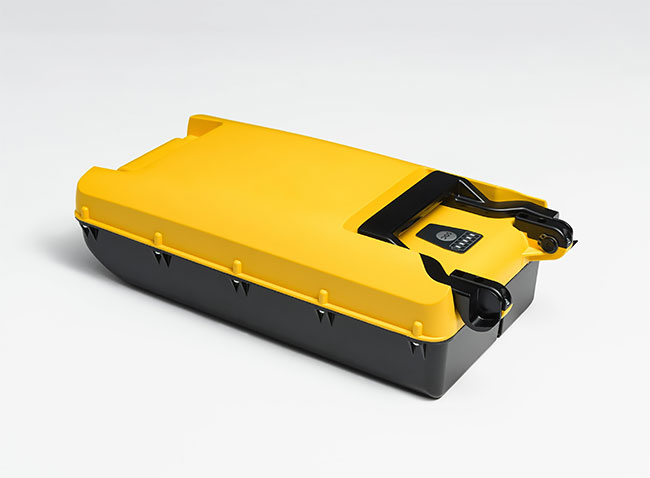 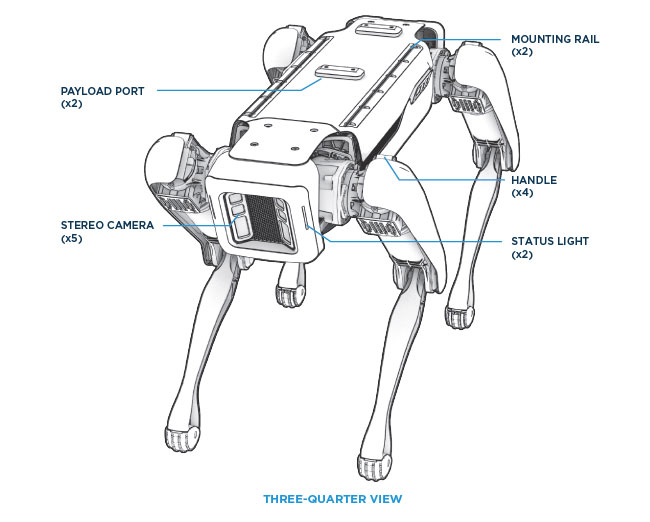 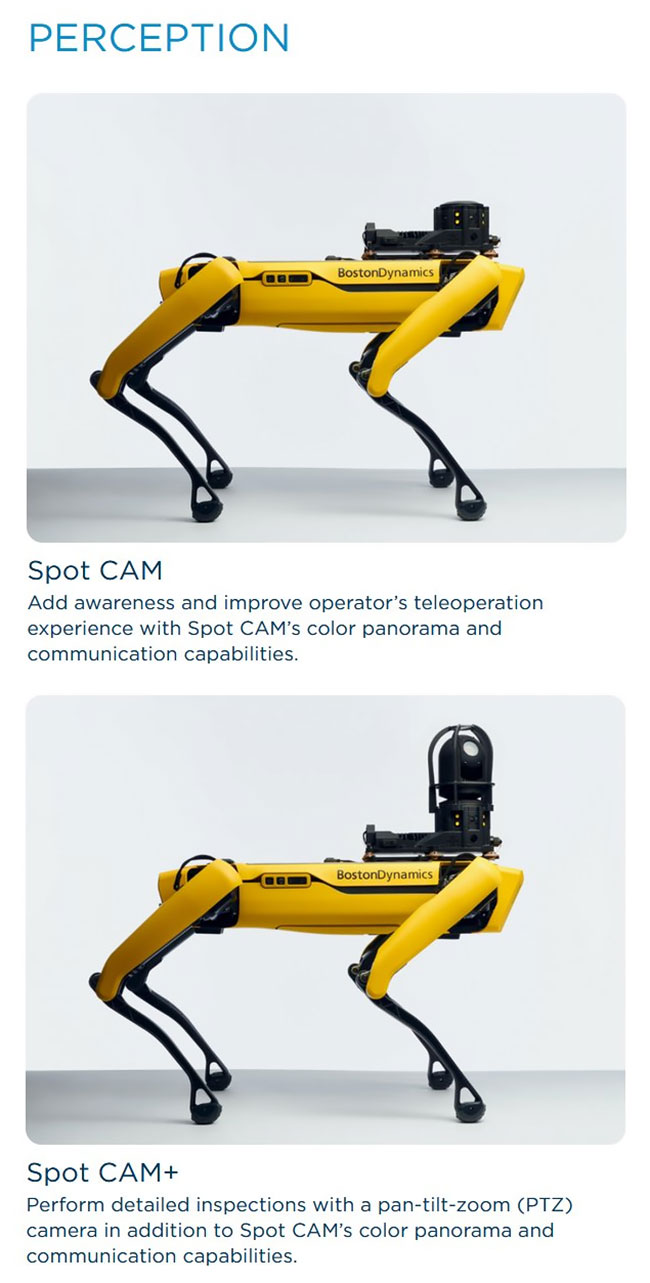 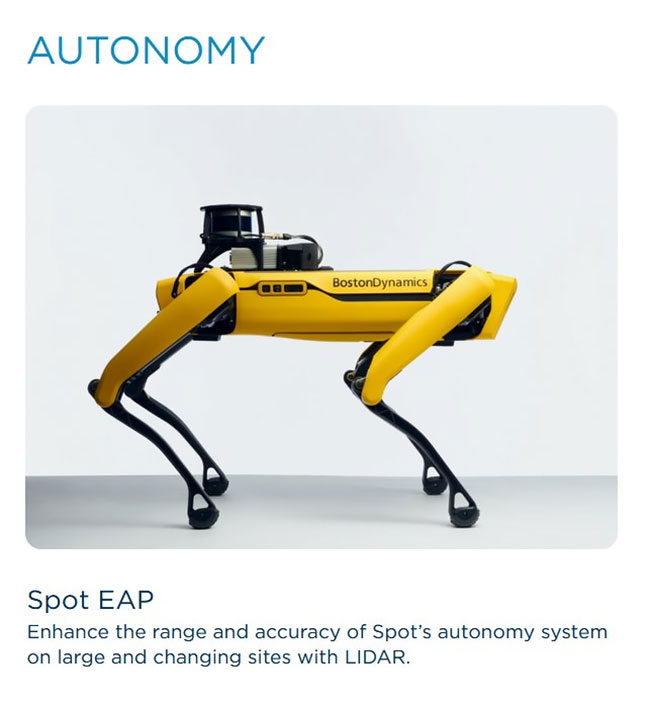 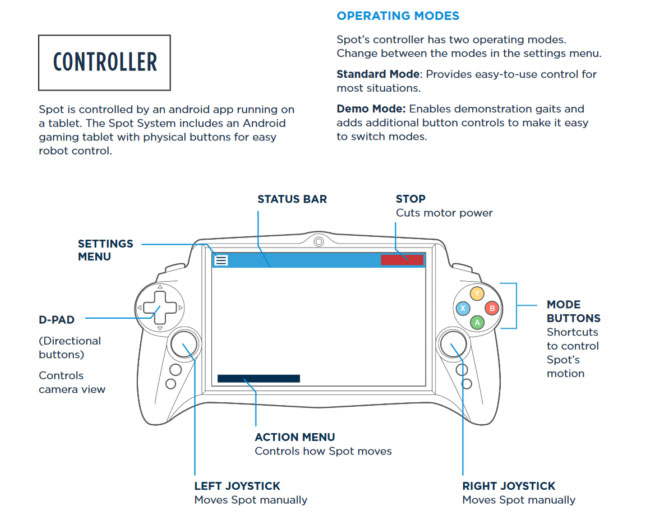 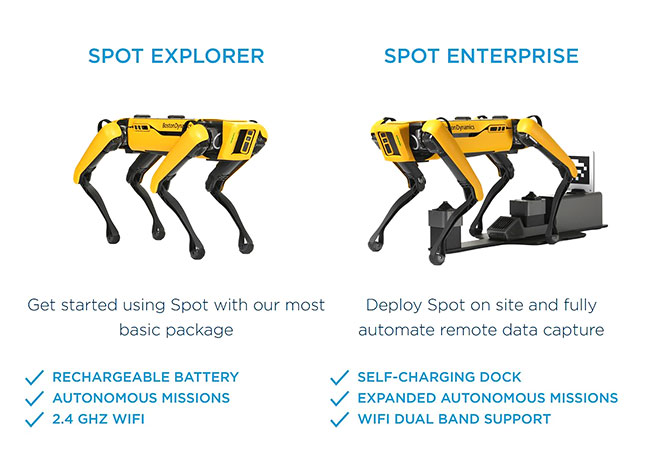 “Ostensibly, Spot was never meant to see combat – at least the current iteration of it.

There is, of course, military versions in the works that probably get rid of most of these vulnerabilities but police departments are buying the civilian ones just cause they can.” 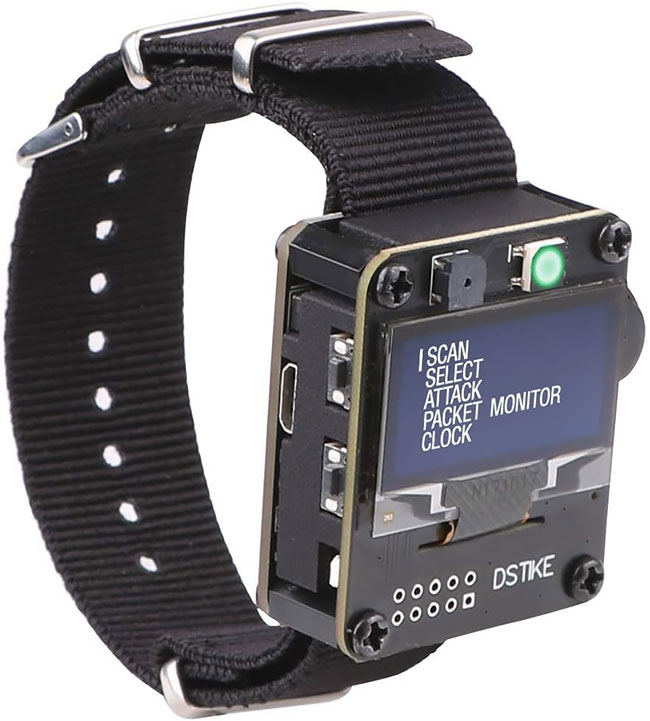 “The quick-change batteries, safety cutout, wifi control, etc make plenty of sense for the ADVERTISED usage cases of disaster recovery, warehousing, power plant maintenance, HAZMAT, EOD, etc as this isn’t even supposed to get within 2 meters of anyone while running.”

Ubi-Camera Let’s You Take Photos With Your Hands
Train Travels Right Through Hole In 19-Storey Block Of Flats
Humoristic Illustrations Reveal the Daily Life Before and After COVID-19
"Boyfriend Hug" Speakers Are The Perfect Way To Look Absolutely Normal In Public
iPad App Gives Users Superman-Style X-Ray Vision
NASA Has Compiled A List Of The Best Air-Cleaning Plants For Your Home
Artist Meticulously Crochets Wire To Create Anatomically Correct Heart
The Very Rare 1980 4-Door Chevrolet Corvette
This Supercargo Vehicle Is Something Out Of This World
The Gepetto of Prosthetic Limbs: These Early Prostheses Made by James Gillingham From 1900 Were Decades Ahead of Time
Punkt. DP 01 Cordless Phone
Honeywell Kitchen Computer, The $70,000 Machine That No One Bought In The Late 1960s
Vintage Photographs of the Skiway Sky Bus Lift Used on Mt. Hood, Oregon From the 1950s
The Fantastic Mechanical Creatures of the Isle of Nantes
Underclothes That Display The 4th Amendment When X-Rayed By TSA
Max Factor's Beauty Calibrator: A Beauty-Measuring Mask Analyzes Facial Flaws For Makeup From The 1930s
Electric Dreams: Amazing Portraits Of ’80s Geeks
This Man Turned Characters Of Popular Series Into Kids by Using Midjourney Neural Network
Iraqis Deal with Electricity Shortage with Generators, Improvised Wiring
Vancouver Cops, Four-Legged Pals Pose For 2019 Police Dog Charity Calendar
Oceanco Debuts Unique 115-Meter-Long Megayacht That Will Truly Sail You In Style
Antique Tractor Auction
During the Coronavirus Pandemic, Disinfector 'Robots' Were Hired at a Children's Hospital in Russia
Computer Love: The Ultimate Guide To Computing
boston, defeat, dog, dynamics, robot, safety

New Jeep Concepts
Neuno - A New Brutalist-Modern Tablet Stands!
China Prepares to Launch Its First Space Laboratory Module Tiangong-1
Assembly: A Sense of Comfort through Proximity
"Back To The Future": A Retro Hi Fi In A Dark & Cozy Man Cave
Martin Caulfield Services Some Of The Last Remaining Gas Street Lamps In The Capital
Massive Solar Electricity Plant Provides Power to California Homes
The Hand-Painted Scenes of The Original Star Wars Trilogy That Made Us Believe It Was Real
Bluetooth Speaker Ingeniously Disguised As Cotton Cloud That Floats Inside Your Home
3D-Printed Paintings Let The Blind “See” Famous Art For The First Time
2007 ‒ 2022 by Design You Trust. Proudly hosted by WebHostingBuzz.
Privacy Policy · Terms of Service · Content Removal Policy ❤️ 🇺🇦