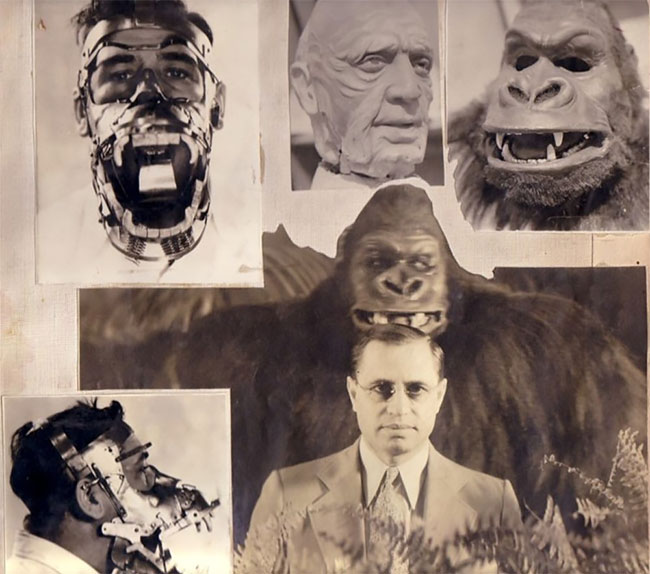 Ever wonder how a Hollywood make-up man converts an actor into a terrifyingly realistic gorilla in those fascinating jungle pictures you watch on the silver screen?

A study of these photos will give you an idea of what goes on behind a gorilla face. Mechanics have devised a set of mechanical facial bones and muscles which act as the skeleton for a leather “skin” which make-up men put on. 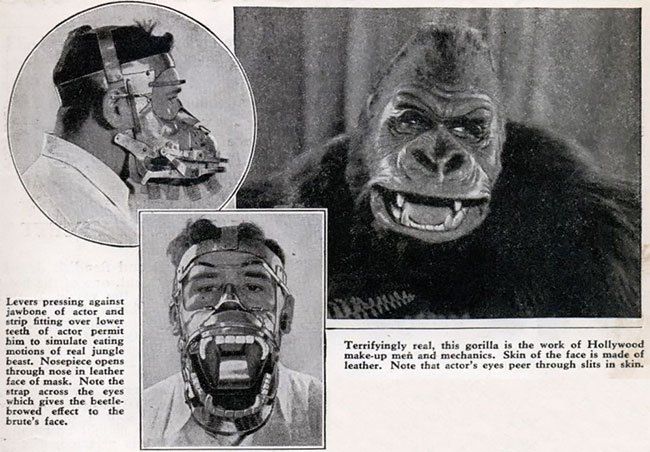 A simple set of levers on the mechanism and a strip clamping over the lower teeth enable the actor to open and close his huge gorilla jaws like the real beast of the jungle. A special strap over the eyes gives the beetle browed effect. 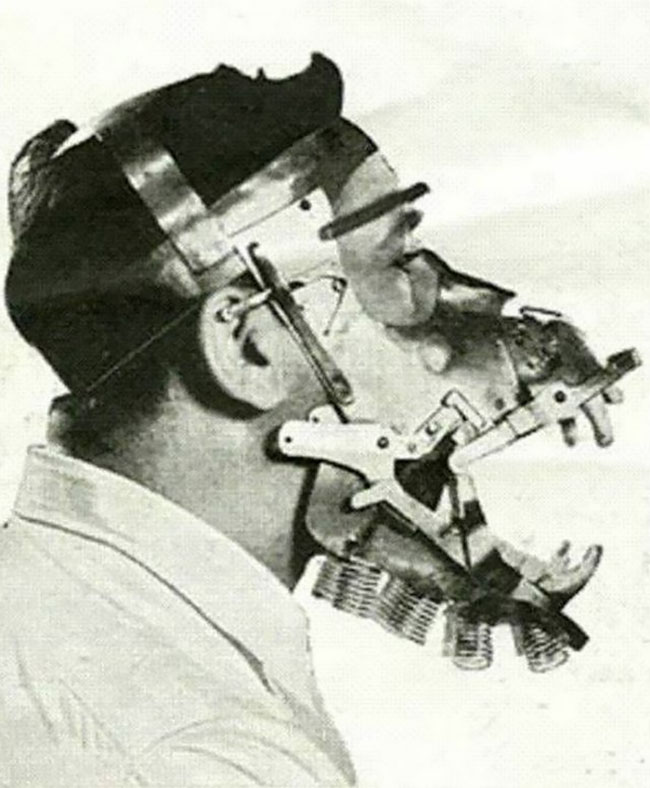 Since gorillas have resisted all attempts to train them for use in the movies, film producers have resorted to “synthetic” animals custom-built to fit the picture. One such animal completed recently by Max Factor Studios of Hollywood, California, is made up of an aluminum skeleton with its “bones” filled out with mohair. The body is covered with a tanned leather hide into which thousands of hairs have been knotted by wig craftsmen.

Basic and motionless portions of the gorilla’s skull also are of aluminum, but the working parts in the jaws are made of aluminum, supplemented by steel springs and pinions. Bone teeth and synthetic flesh tongue and mouth lining have a natural appearance. For skin of the gorilla’s head, smooth polished chamois is used, with hair wig-stitched in the proper locale. The “bones” of the cinema gorilla’s hand extensions are of duralumin.

iPhone 5 Transparent Edition
The Russians Make The Best Truck In The Universe For $50K
March 31, 1889: The Eiffel Tower Is Opened
Designer Turns Ridiculous Sketches Of Bicycles Into Realistic Designs
Supercool Pics Of Bugatti Cars In The 1920s And 1930s
The 20 Brands With The Most Loyal Customers
Pesticides Causing Havoc to Beehives
"Pure White": When Asbestos Was Used As Fake Snow
Cool Photos of Boston Girls of the 1970s
Daimler Buses Converts Mercedes-Benz Citaro For Transporting COVID-19 Patients
2007 ‒ 2022 by Design You Trust. Proudly hosted by WebHostingBuzz.
Privacy Policy · Terms of Service · Content Removal Policy ❤️ 🇺🇦