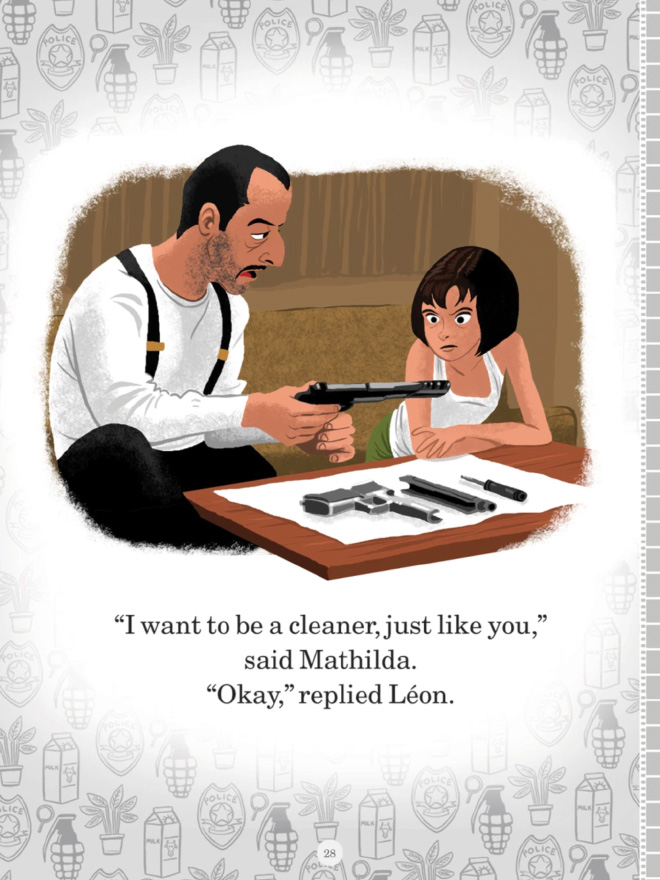 Josh Cooley, a San Francisco artist and story supervisor at Pixar, has created a book Movies R Fun. His work features an awesome series of R-rated movies scenes that Josh drew in the style of a cute kid’s book.

“Let’s face it, reading sucks…but movies are fun! In this children’s picture book parody for grown-ups, Pixar writer and artist Josh Cooley presents the most hilariously inappropriate–that is, the best–scenes from contemporary classic films in an illustrated, for-early-readers style. Terrifying, sexy, and awesome scenes from such favourite children’s films as Alien, Rosemary’s Baby, Fargo, Basic Instinct, Seven, The Silence of the Lambs, Apocalypse Now, The Shining, and many more are playfully illustrated and captioned to make reading fun and exciting for kids who never grew up. A sly celebration of the things fans love most about these legendary films (and movies in general), this is one book that probably should not be read at bedtime.” 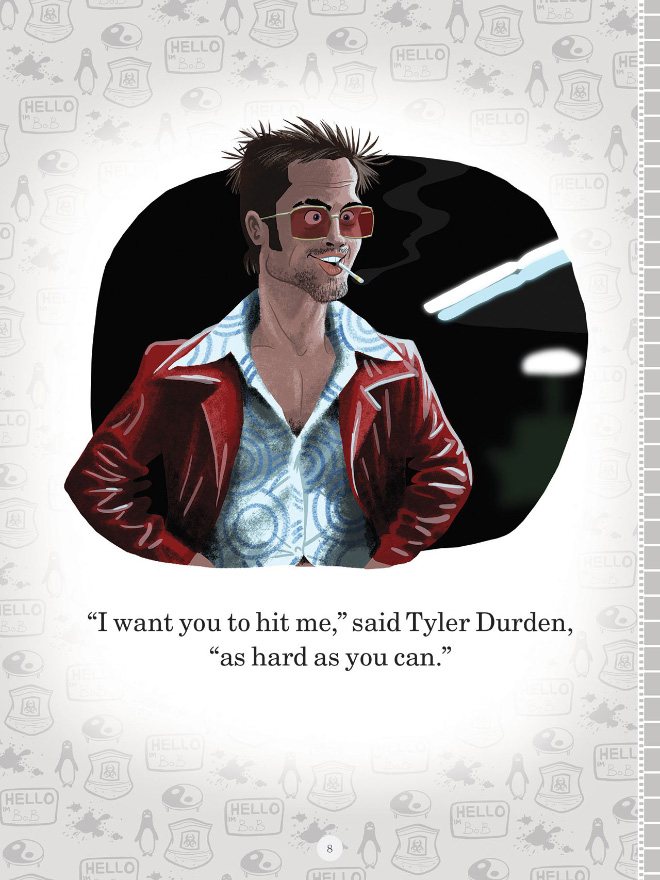 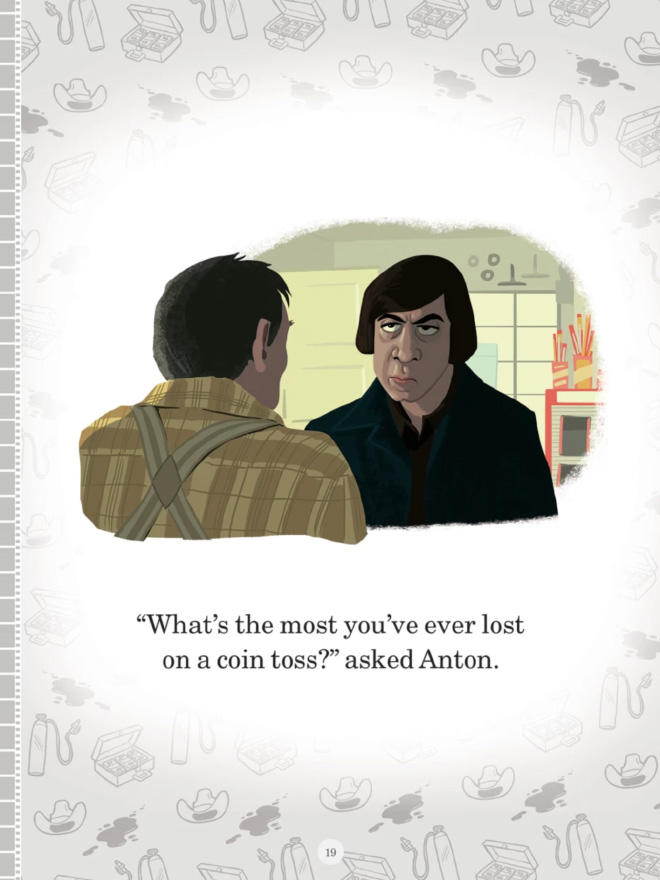 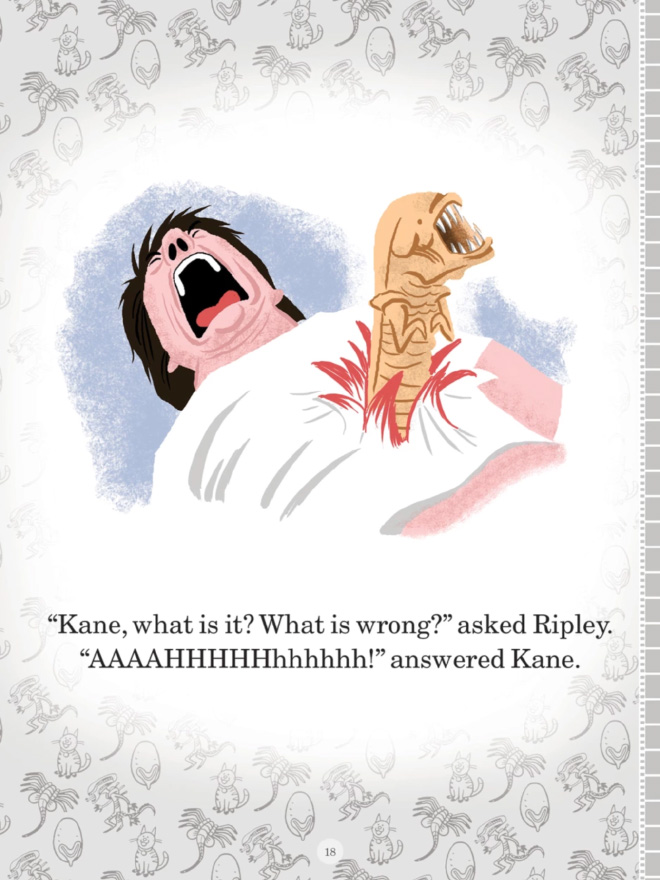 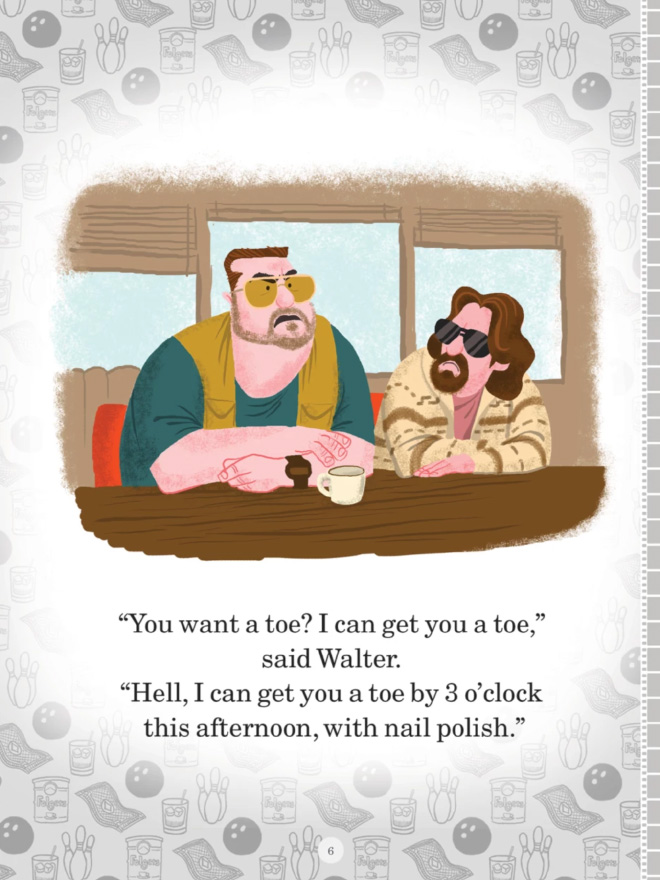 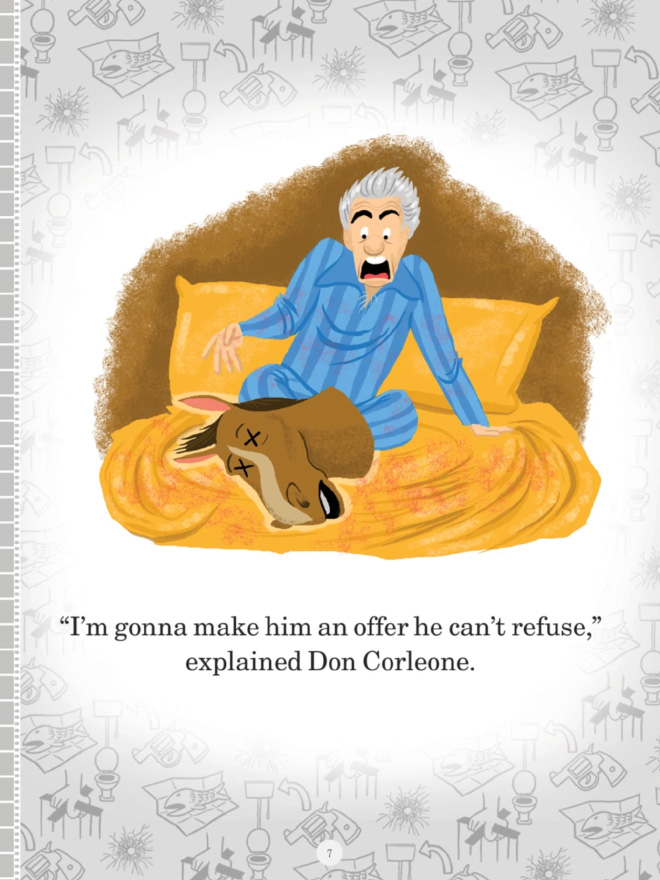 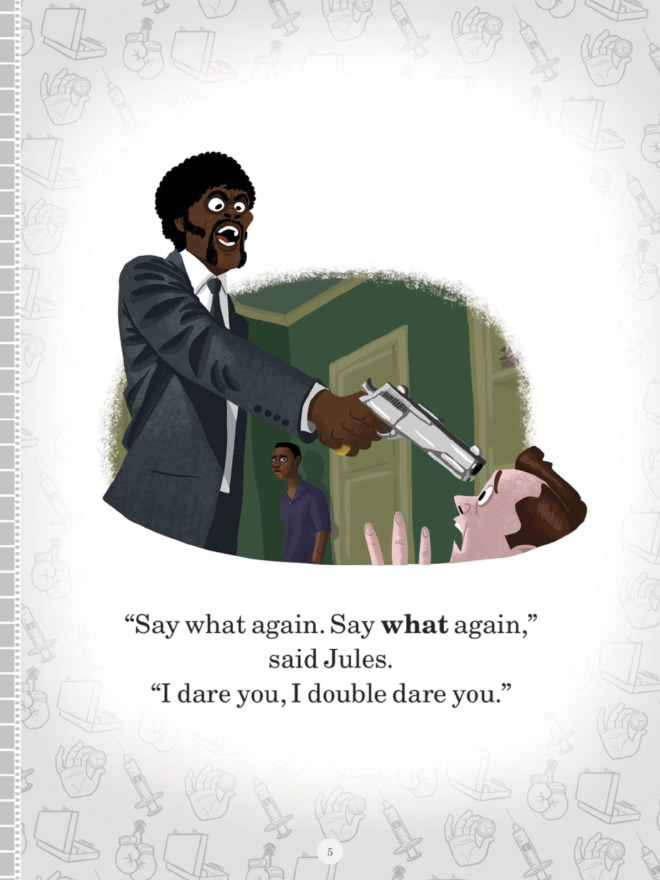 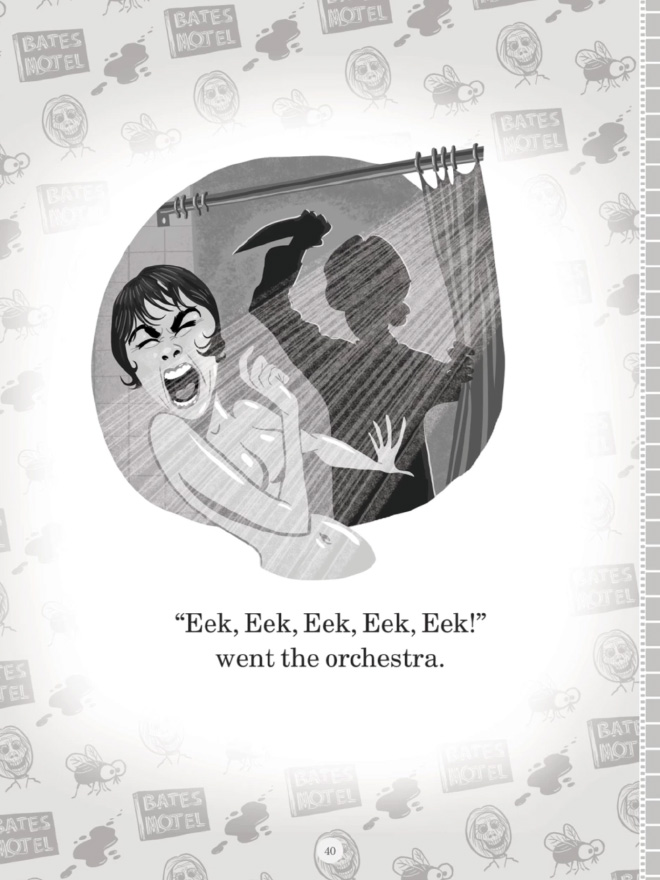 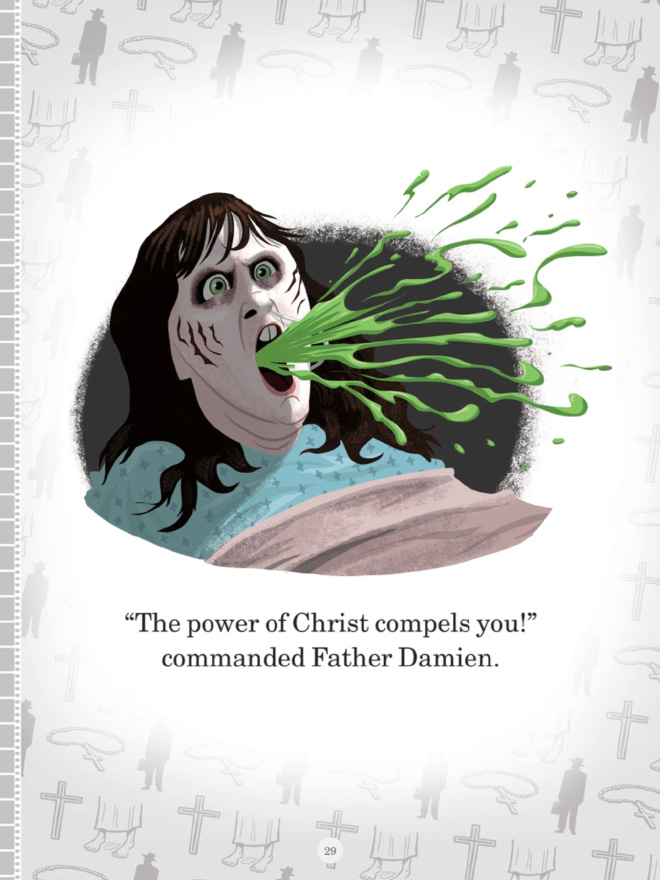 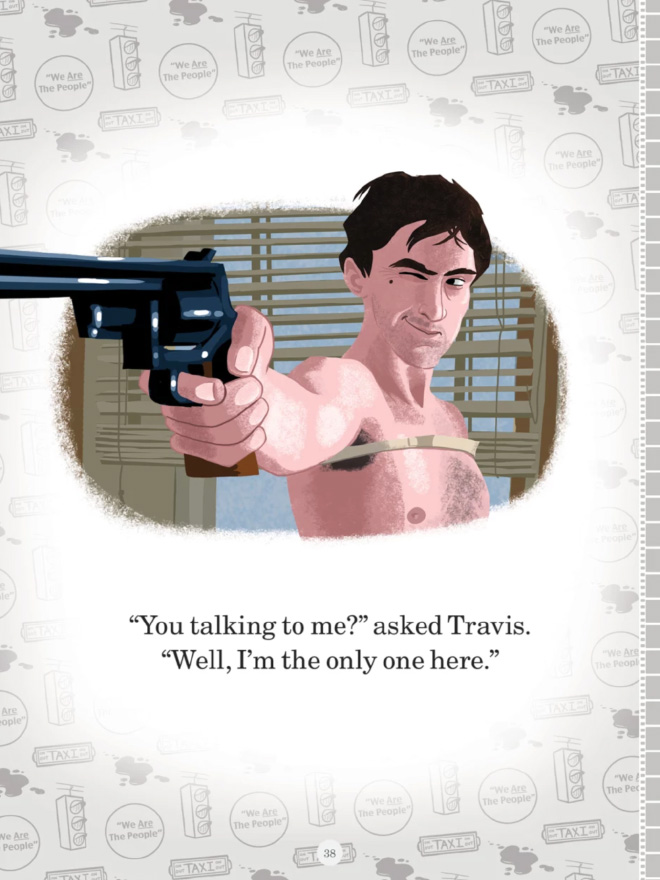 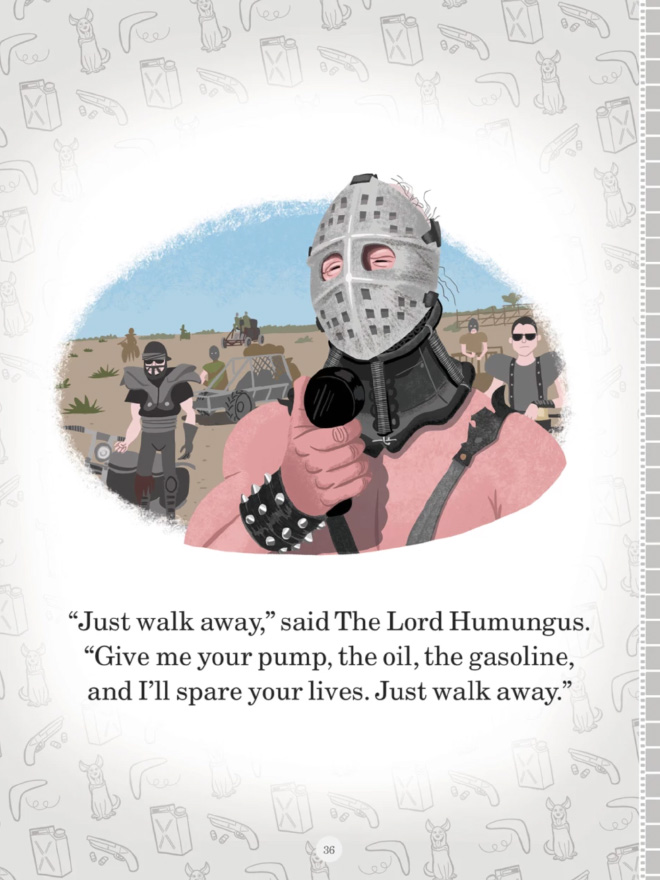 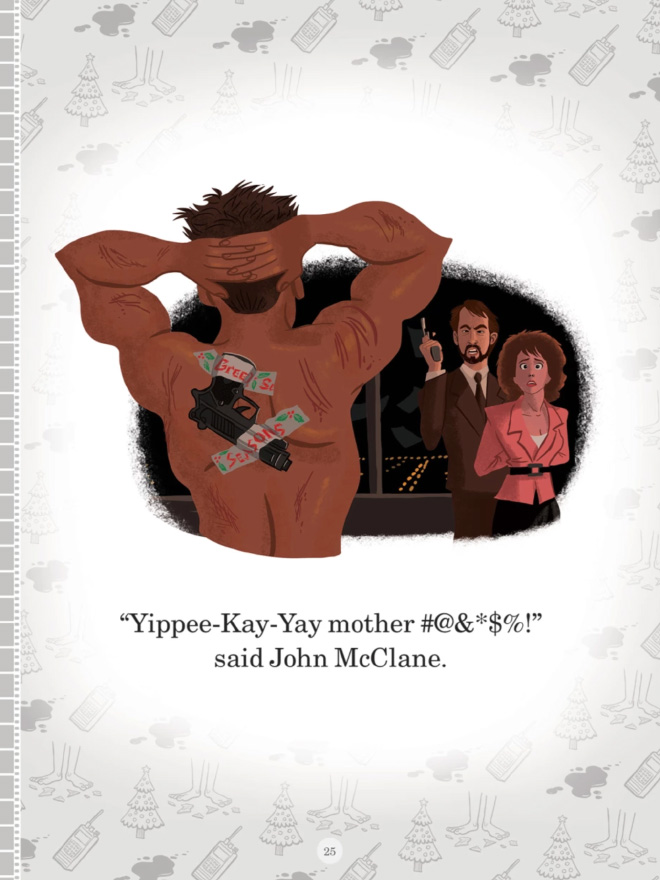 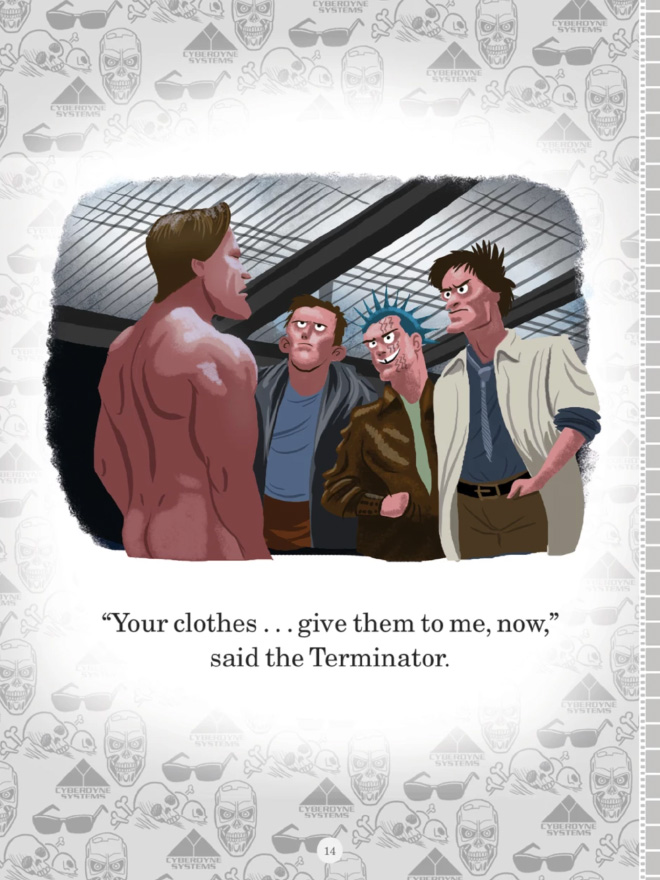 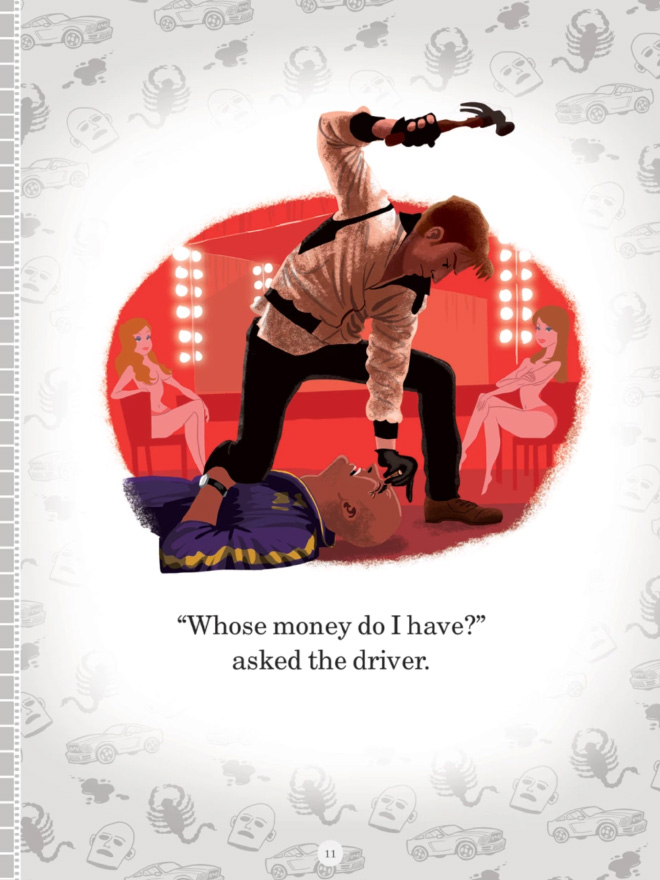 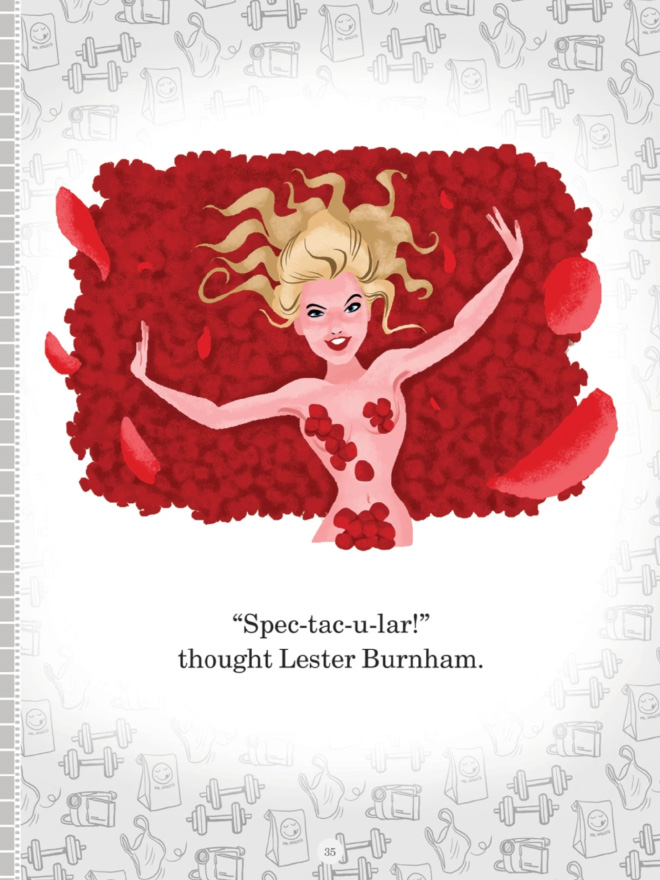 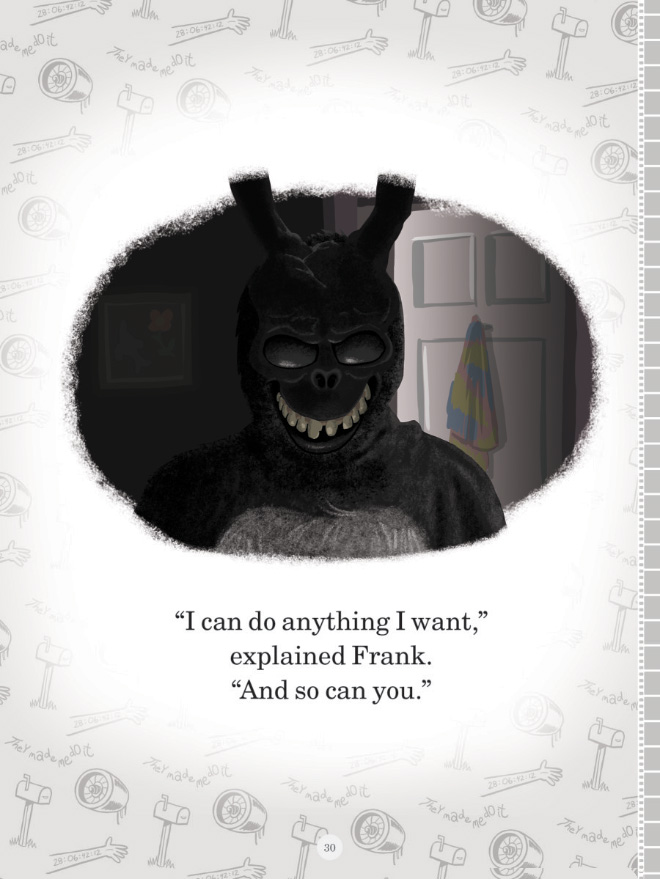 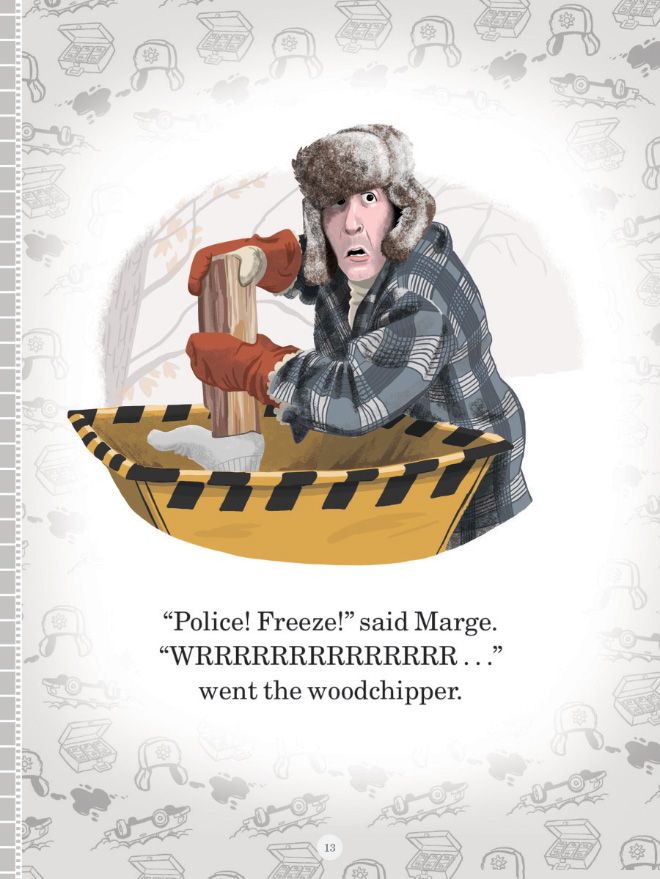 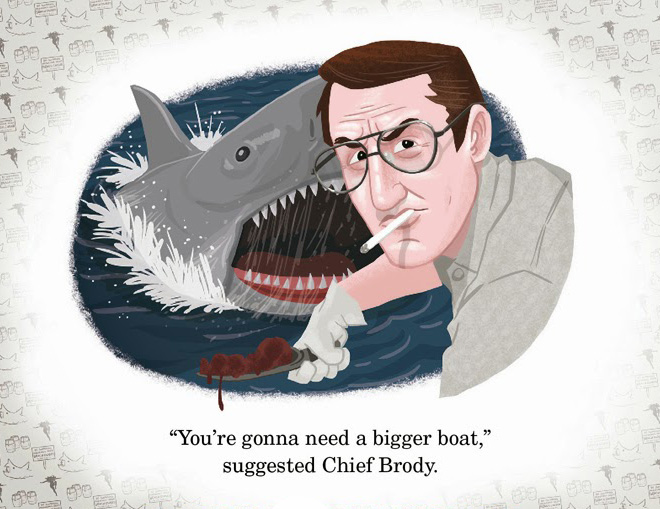 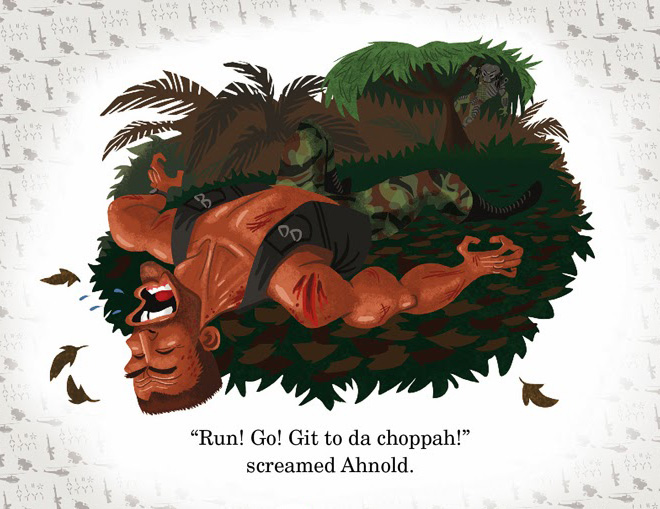 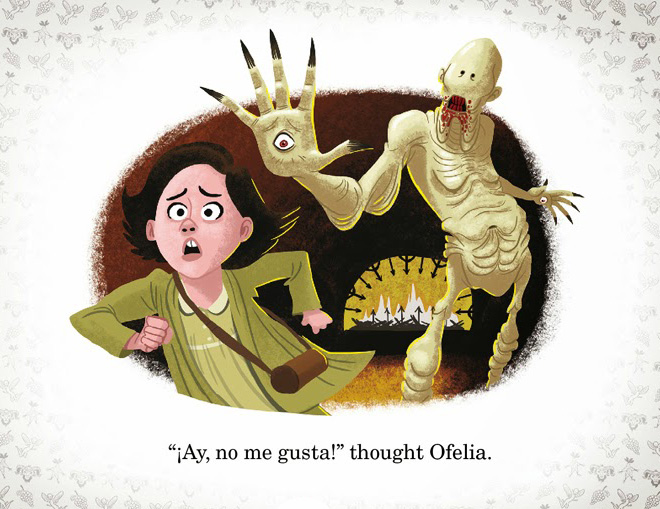 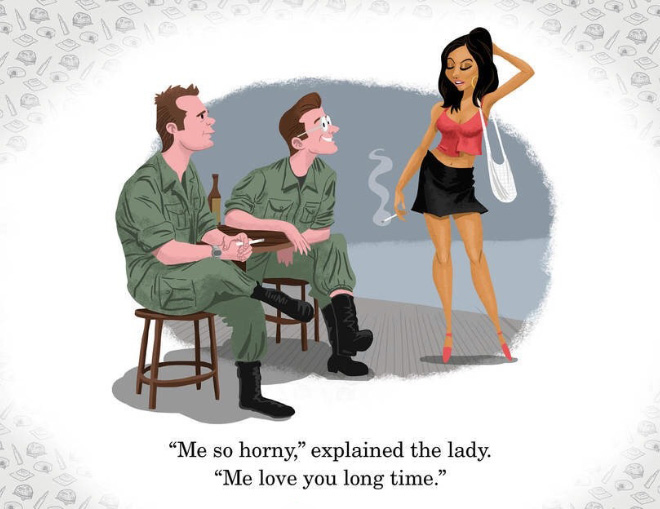 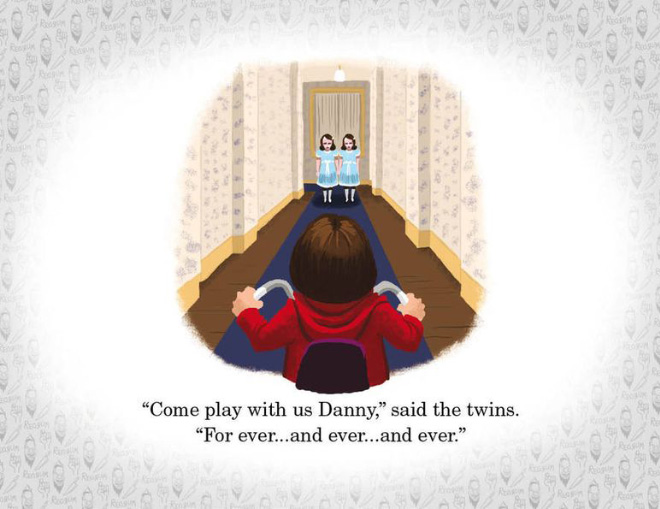 Talented Street Artist Bends Reality With His Three-Dimensional Illusions
The Brutal but Friendly Munchkins of Artist Claudio Fontanesi
The Finesse of Evil: Superb Concept Art Works and Sketches by Dominik Derow
Illustrator Perfectly Captures The Beauty Of Single Life
Office Workers Sharing Photos Of Their Sad Desk Lunches
‘Ello John. Got A New Motor – Retro Porsche Posters
Intriguing Female Portraits by Ilya Ozornin
Magical Drawings Put Women In Conversation With Their Inner Demons
Photographer Celine Liu Photoshops Herself In Images Of Celebrities Found On The Internet
Georgian Artist Creates Hyper-Realistic Portraits, And Here Are Some Of His Newest Works
"Tears in the Rain": The Superb Digital Sci-Fi Concept Artworks by Daniel Liang
Pop Culture Posters & Illustrations by Tomasz Majewski
Artist Illustrates What Would Happen If Movies And TV Shows Were Made In Real Life
Naka
A Restaurant In Texas Is Putting Up The Funniest Signs Ever
Artist Creates An Installation That Takes From The Rich To Give To The Poor
"The Book Of Bare Bones": Artist Shows The Skeletons Underneath The Skin Of Iconic Cartoon Character
Meet Helen Stifler, The Queen of Cosplay
Astonishing Nano Sculptures By Jonty Hurwitz
"Looking For Mr.Goodsex": A Series Of Paintings Of Un-Cropped Stills Taken From Vintage Adult Movies
Kaleidoscopic Street-Art Creation By Douglas Hoekzem
A Collection Of Cartoons For Those Who Like Smart And Modern Humor
"A Time Of Love And War": Amazing Digital Art By Wang Ling
Hundreds Of Museums Around the World Are Sending Each Other Bouquets Of Art Historical Flowers To Spread Love In A Dark Time
humor, movies

33 Letters for Ukraine: Letters of The Ukrainian Alphabet as A Sign of Solidarity
Photographer Makes a ‘Socially Distanced’ Valentine’s Shoot With a Few Plot Twists
Some Entries For The Guinness World Records 2017
With Fire On Their Blades: The Dark Fantasy Character Art Of Eve Ventrue
Famous Artists Depicted As Animals In Art History In Series Of Humorous Illustrations
An Artist llustrates The Sad Truth Of Modern Life: Thought-Provoking, Clever And Funny Illustrations By Marco Melgrati
Bizarre And Creepy Vintage Christmas Cards From The Victorian Era
People Are Photoshopping Trump’s Face On The Queen To Annoy Him
Artist Inserts The Legendary Grumpy Cat Into Disney Movies
Giant Artwork By Calligraphy Artist Pokras Lampas Destroyed In Yekaterinburg, Russia
Source of inspiration since 2007. Proudly hosted by WebHostingBuzz.
Privacy Policy · Terms of Service · Content Removal Policy 🇺🇦 ❤️