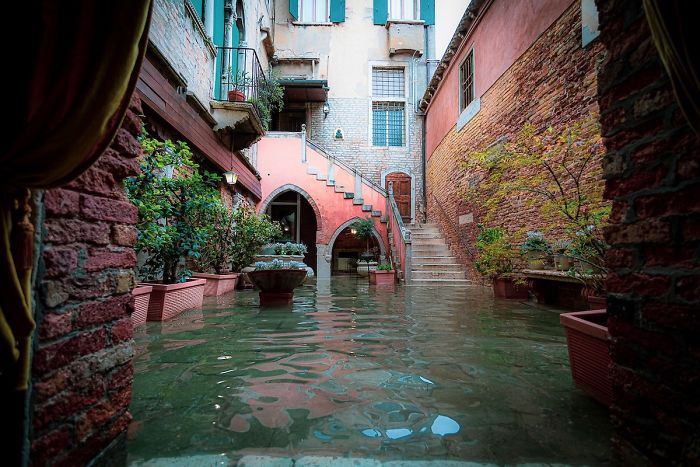 When we think of Venice, we think of water. But have you ever thought that there could be too much water in the historic European city?

When photographer Natalia Elena Massi found out there was a flood in Venice, she immediately packed her bags and decided to explore it firsthand. And even though it wasn’t the first time she went there, the whole experience still took her by surprise.

“I heard about the flood from the news,” she told Bored Panda. “I live in Italy, in Brescia, a city 100 kilometers (62 miles) away from Venice. We know there are floodings in Venezia. The Venetians are used to it, but this time it was an exceptionally high tide.” 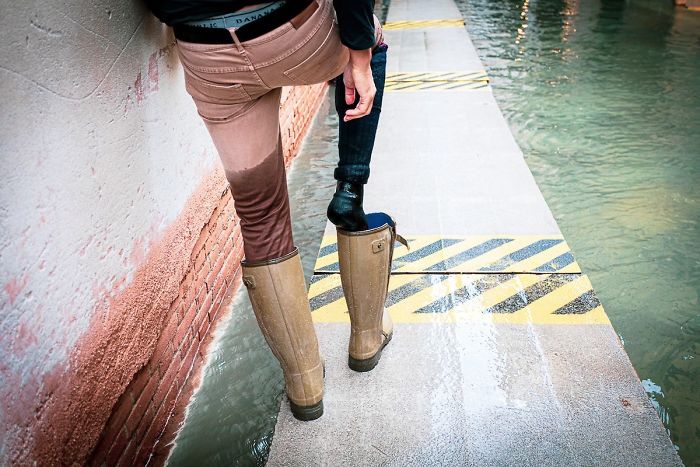 At first, she wore the high galoshes that she purchased after arriving at the lagoon. “My rain boots only reached the knee: they were not enough to cover me. The high galoshes would have had to protect me until the middle of the thigh, but in reality, they got pierced only half an hour into the walk and the water started instantly filling them.” Because of that, the photographer had to constantly stop to empty the galoshes until she finally decided to take them off completely. “After all, I was already so, so wet.” 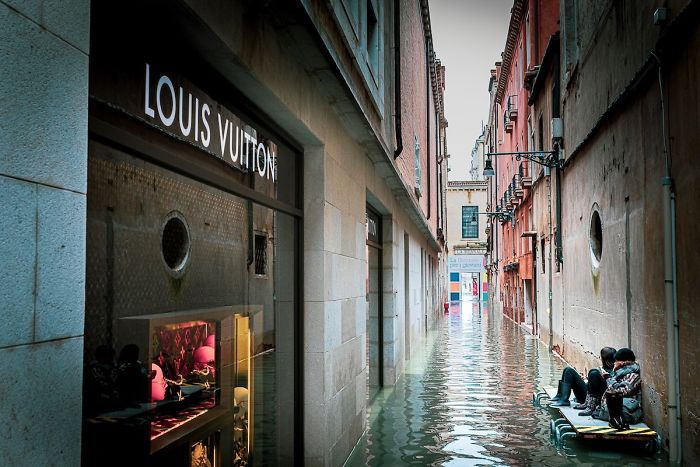 In the end, everything paid off. “I have met incredible people, proud and courageous men who were not defeated by the flood. Even though most shops were closed, the few that were open were happily letting in people just to protect them from the weather. Some of them were preparing to re-open, others were … pumping out water and keeping the growing tide under control. Many men remained at the entrance to constantly check the tide level. They were expecting 160 centimeters (5 feet 2 inches) and everyone was alerted.” 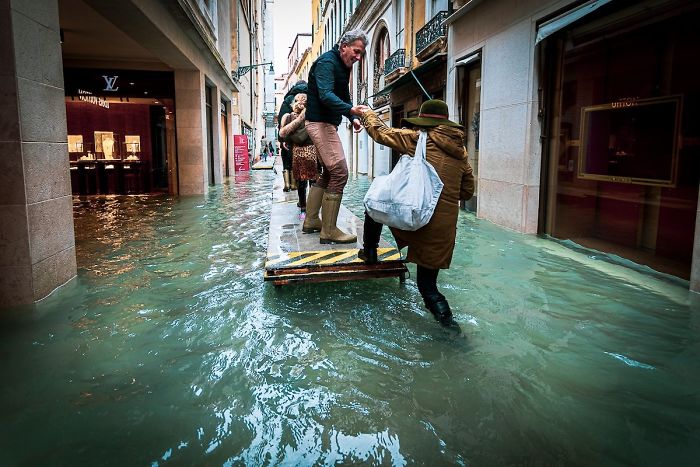 “The atmosphere was surreal,” Natalia said. “There was silence, an empty Venice, I have never seen before. The most interesting part of the journey was being able to see the majesty of the city and how its beauty was amplified by all that water. 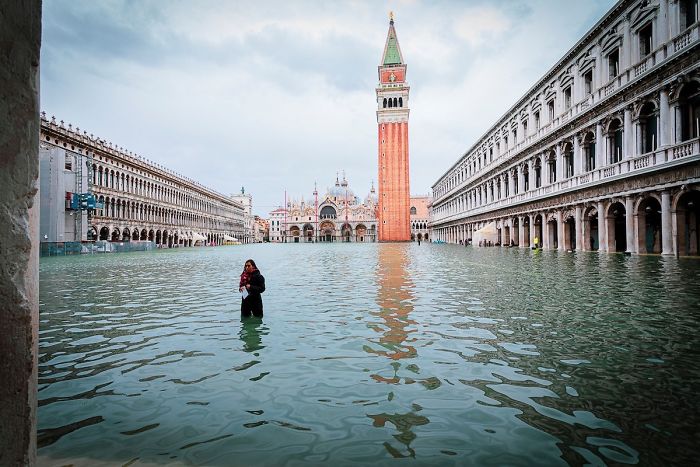 “When I arrived at Piazza San Marco, it was closed to the public, and the water was really very high. The wind blew strongly and loudly but the view in front of me was incredible – this huge empty space, filled with water was so solemn and great that it didn’t seem real.”

“Even in tragedy, I found Venice more beautiful than ever. The water that threatened it made it even more fascinating.” 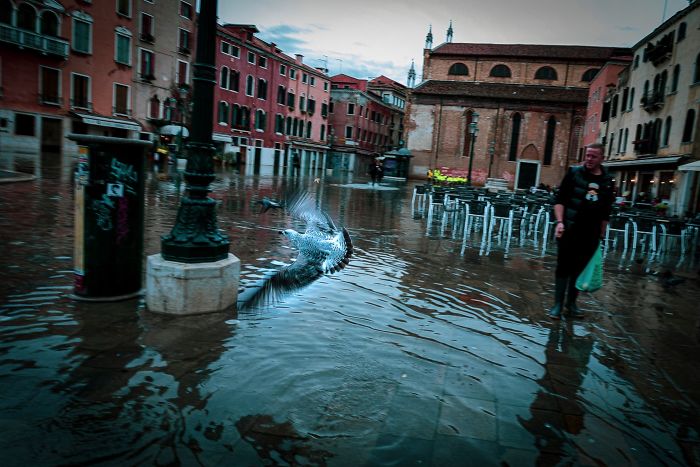 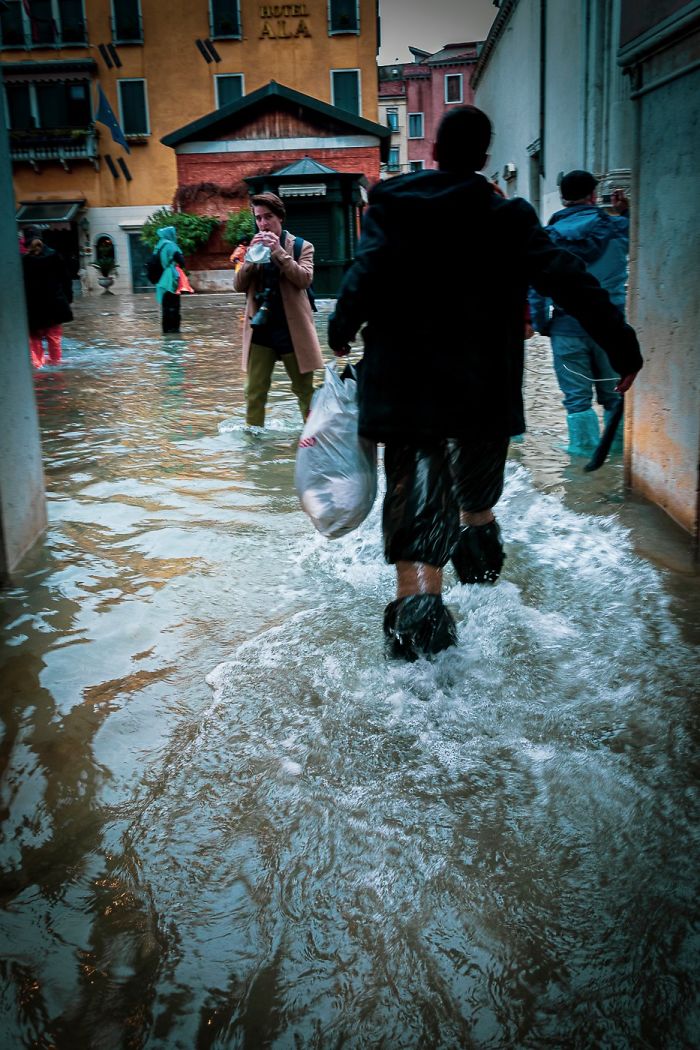 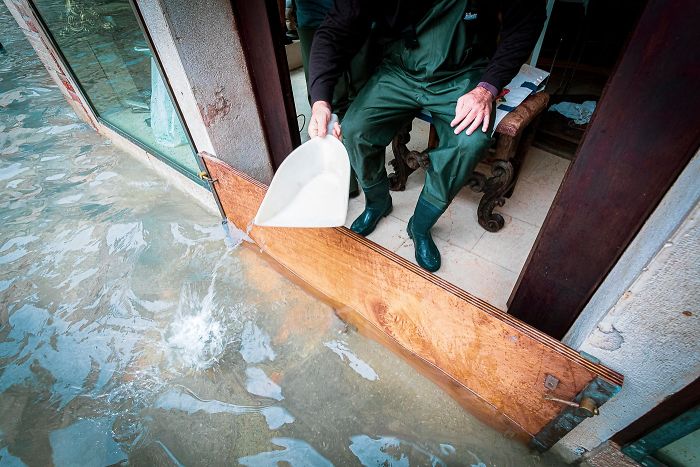 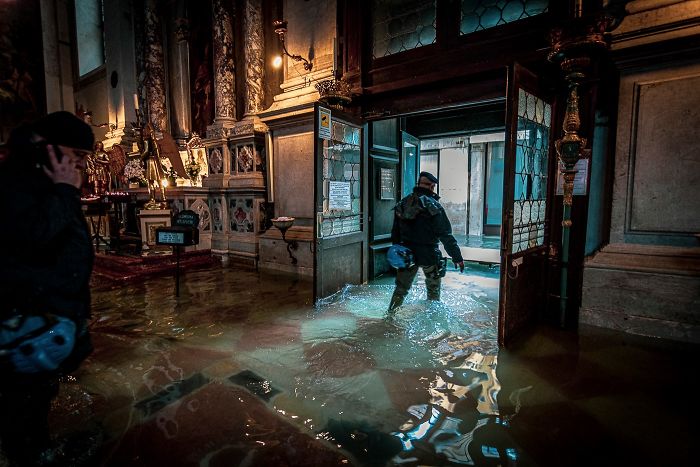 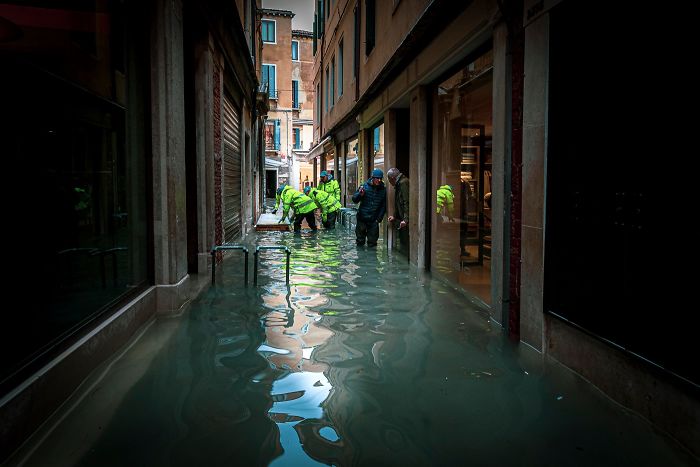 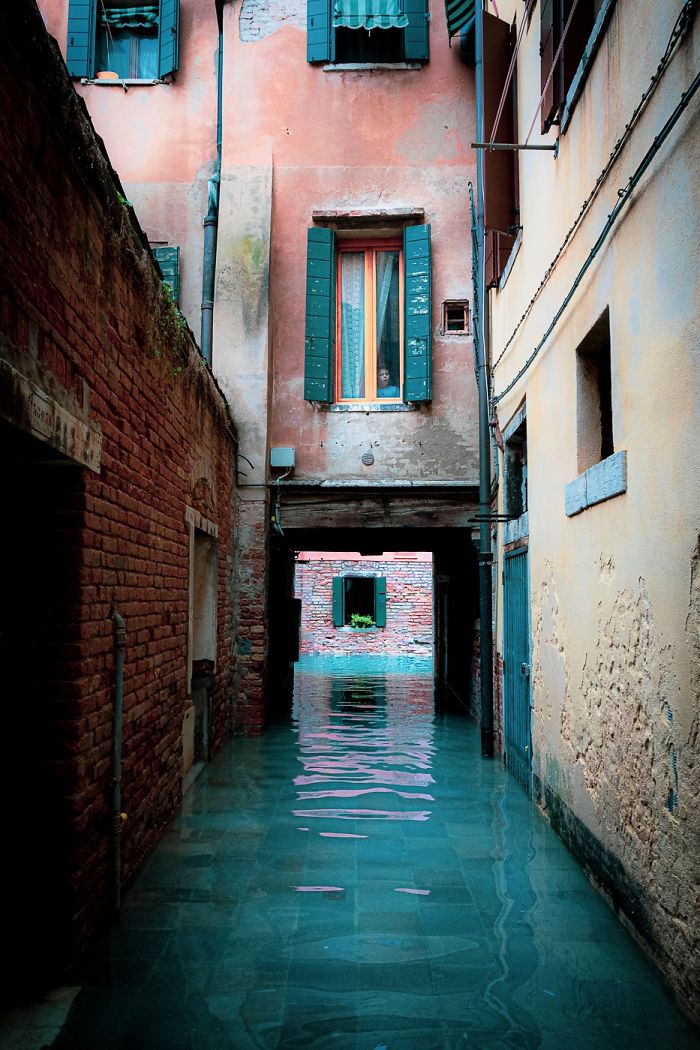 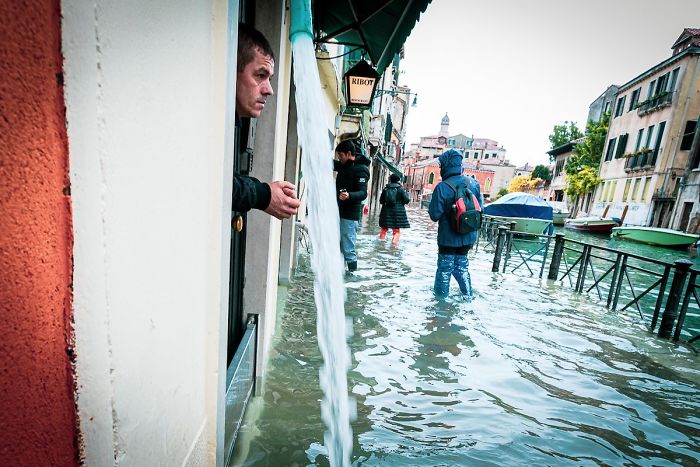 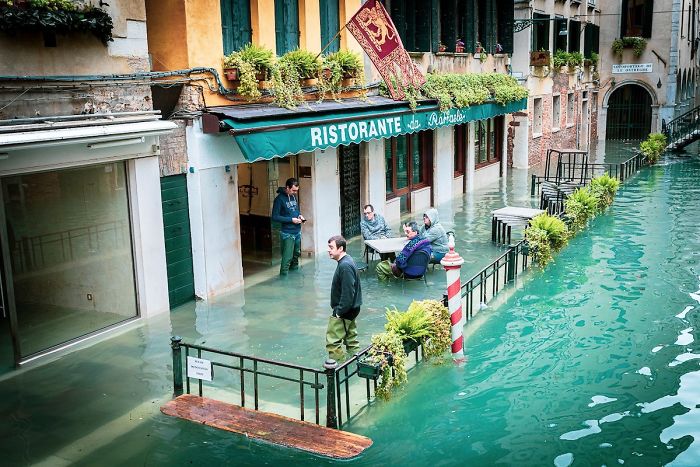 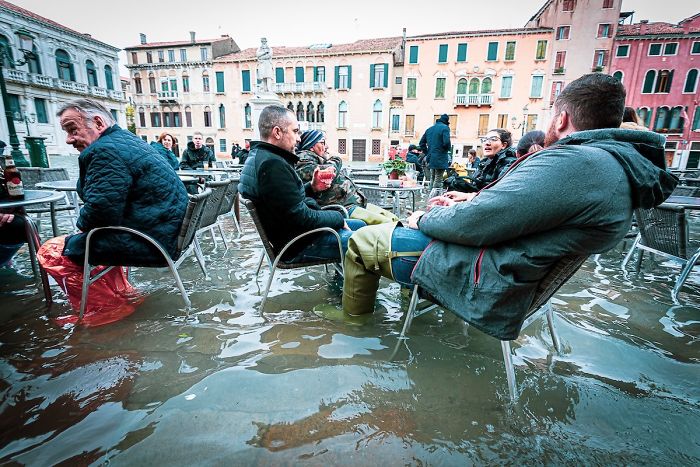 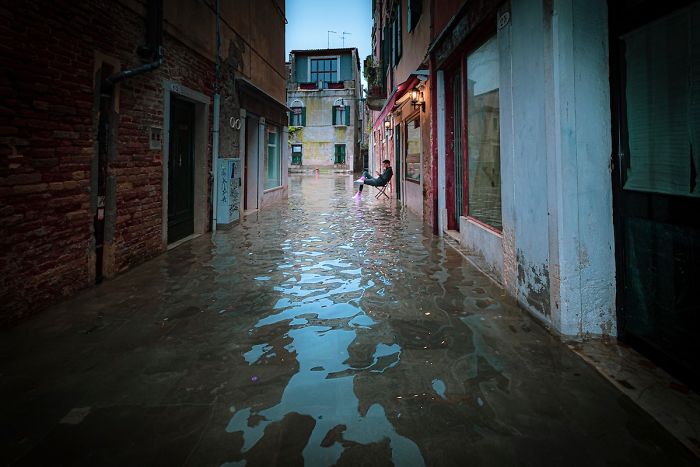 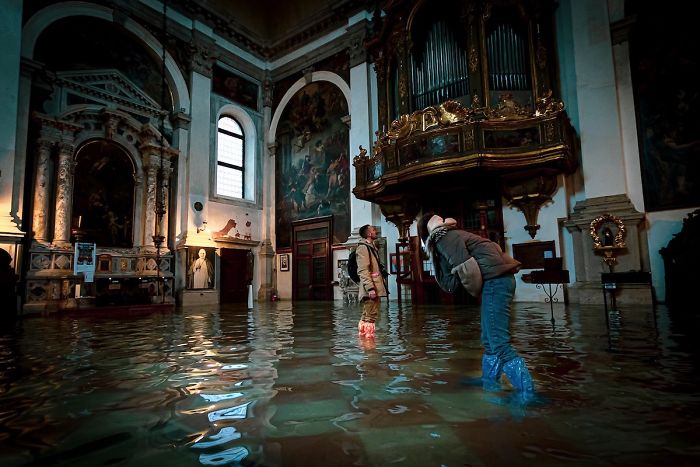 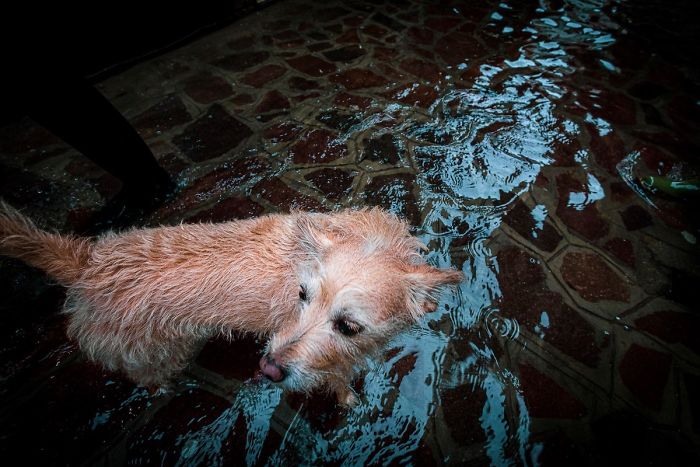 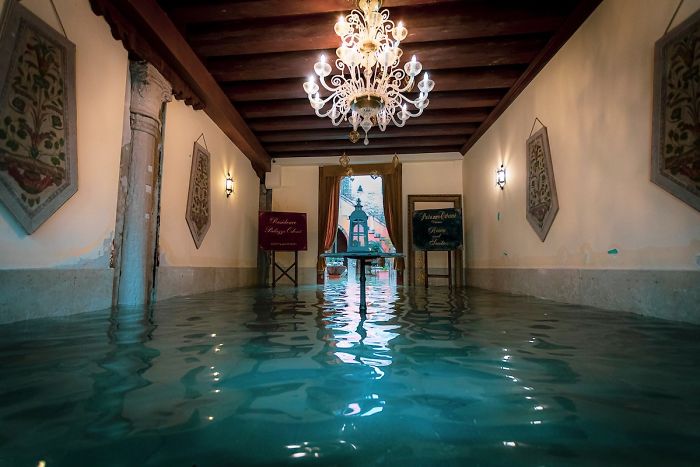 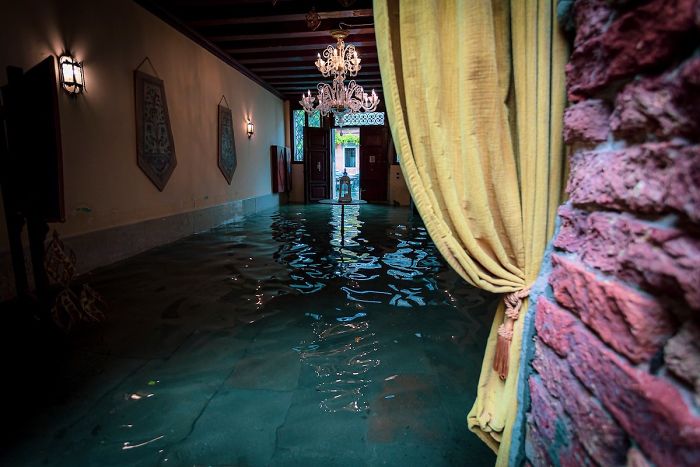 Fine Art Photographer Captures Mesmerizing Fairytale Photos Of Women In Natural Landscapes
"Extavium" Museum in Potsdam, Germany
Wonderful Pictures Of South Wales During The 1970s Captured By The Local Newspaper Photographer
Life in the Past Through Stunning Color Photos Captured by Fred Herzog
Small is Beautiful!
Rare Hand-Colored Photographs of Japan on The Brink of Modernity in 1870s
Wildlife Photographer Of The Year 2015: First Glimpse Of Finalists' Images
Beautiful Black And White Portraits Of Celebrities Taken By Kate Barry
People’s Choice Finalists from the 2020 Wildlife Photographer of the Year Contest
Experience The Beauty Of Autumn Around The World
Photo of Holden Crater on Mars
Family Of Romanian Photographer Moved To A Small Town In The UK And He Started Discovering The Beauty Of This Country
Sisters Of The Valley: Fascinating Portraits Of Nuns Who Grow Marijuana
Guy And Pug Take Couply Photos Cuz Sometimes Your Dog’s Your Valentine
Zombie Walk Strasbourg 2019 Mega-Post: Stunning Photos Of People Dressed As Zombies Taking Part In a Zombie Walk Event In The Eastern French City Of Strasbourg
Photo of the Day: The Killer Wave
Incredible Photos of New York City’s Subway in 1980
Star Wars Toy Photography Through The Lens Of A U.S. Marine
Photographer Catches Up With The Kids Who Helped Launch Her Career
10 Finalists Of The World Wildlife Day Photography Competition
Beautiful Paris Cityscapes Through The Lens Of The Photographer Tatiana Liccia
Marvelous Female Portrait Photography By Tatiana Mertsalova
Quirky Photographer Justin Quinnell Is Known for His Eye-Catching Photographs Taken from A Unique Angle – Right Inside His Mouth
Beautiful Female Fashion Photography in the 1960s by Hans Dukkers
Red & Foxy: Marvelous Beauty Photography By Kseniya Vetrova
Photographer Ask Strangers To Reveal Their Deepest Regrets In Life
Photographer Kevin Fleming Finds Beauty in the Wild
Awkward Metal Band Photos
Haunting Colorized Photos Reveal The Devastation Caused By The Spanish Flu Which Killed At Least Fifty-Million
What Does The Ideal Man Look Like? The Answer May Depend On Where You Live
flood, italy, venice