Changing Cities: The Overlapping Of Past And Present

Not only the fashion director of Esquire, Nick Sullivan is also a dedicated photographer and downright perfectionist, as demonstrated by his amazing Instagram feed. Sullivan’s new favourite pastime sees the British-born fashion expert scouring the Internet in search of old photographs of London, Paris and New York and meticulously locating the same exact spot, inserting the picture from the past into one of the present space to demonstrate the passing of time. From a picture of Colette sitting in the portico of the Palais Royale to a portrait of Bob Dylan walking down a tree-lined avenue in Central Park and the Rolling Stones taking a stroll in Covent Garden, Sullivan’s “doubletakes” become joyful accounts of the evolution of some of the world’s most-loved cities. 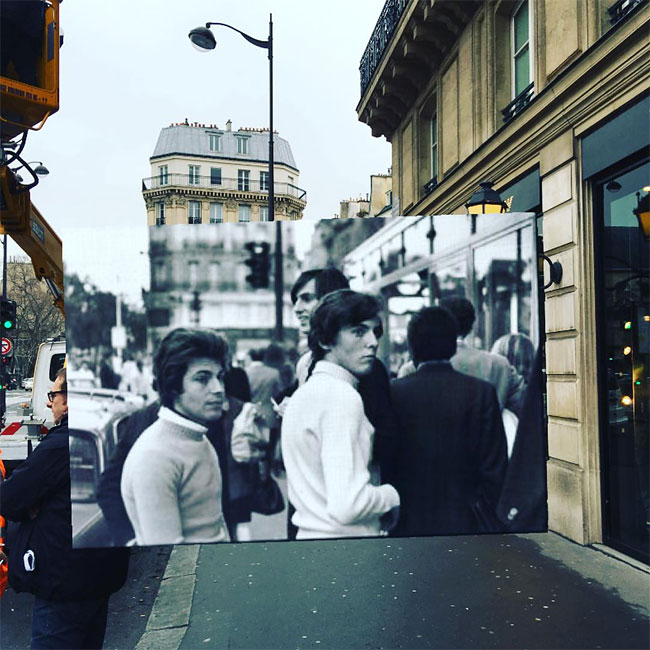 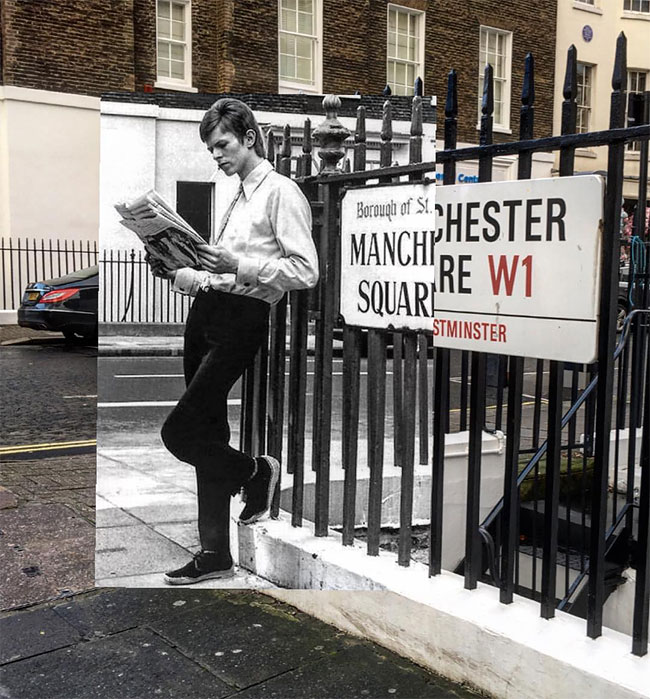 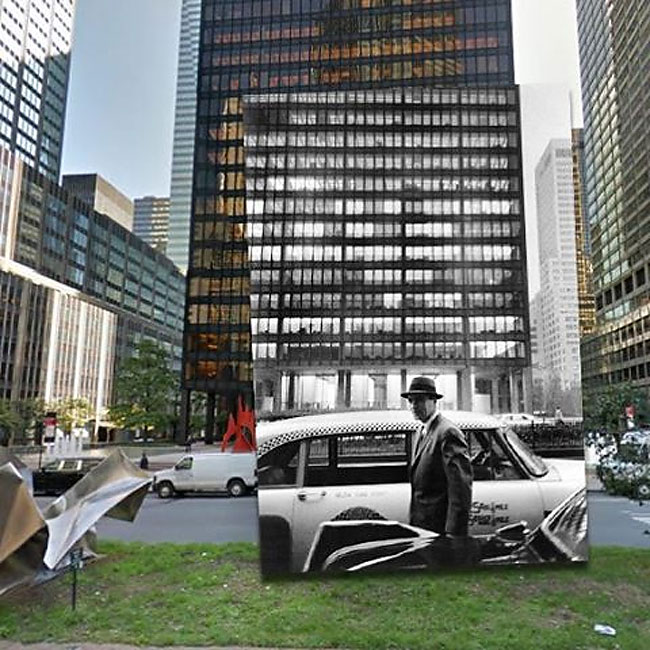 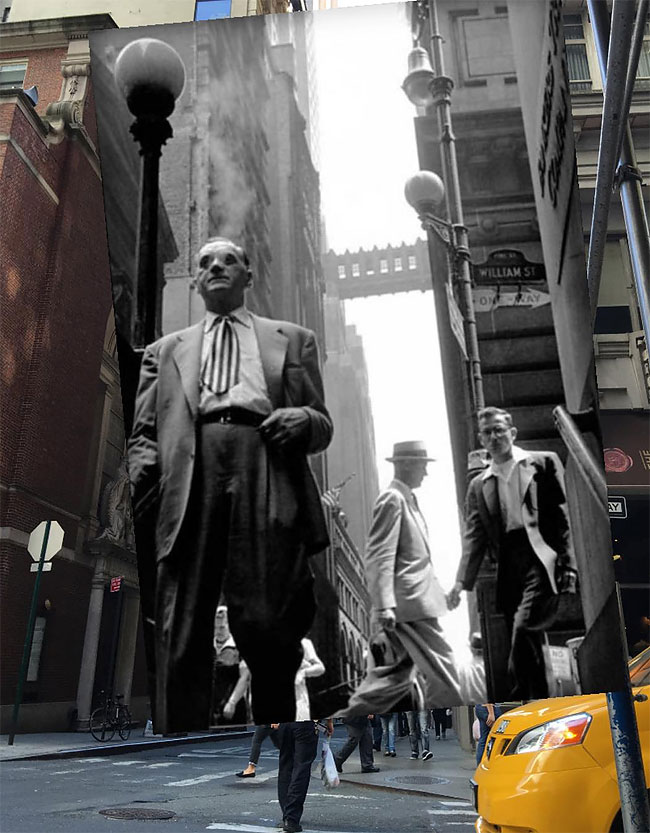 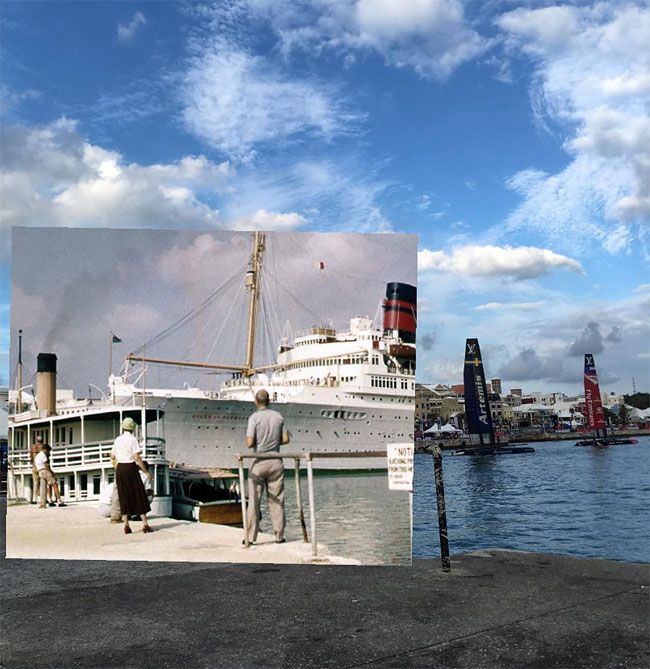 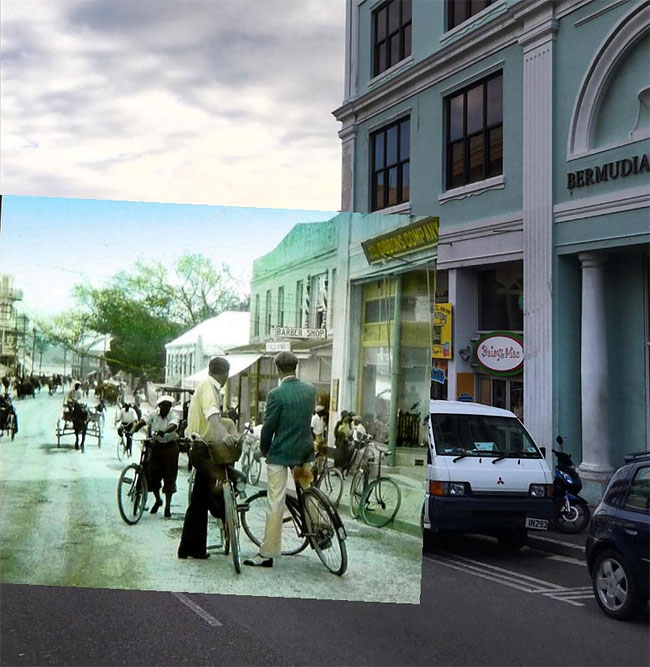 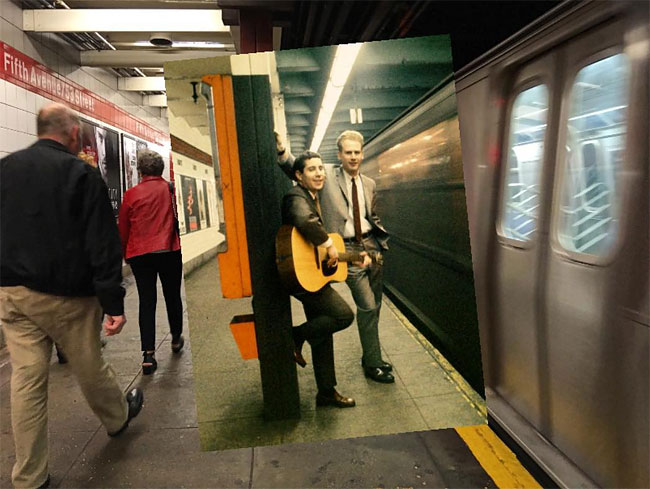 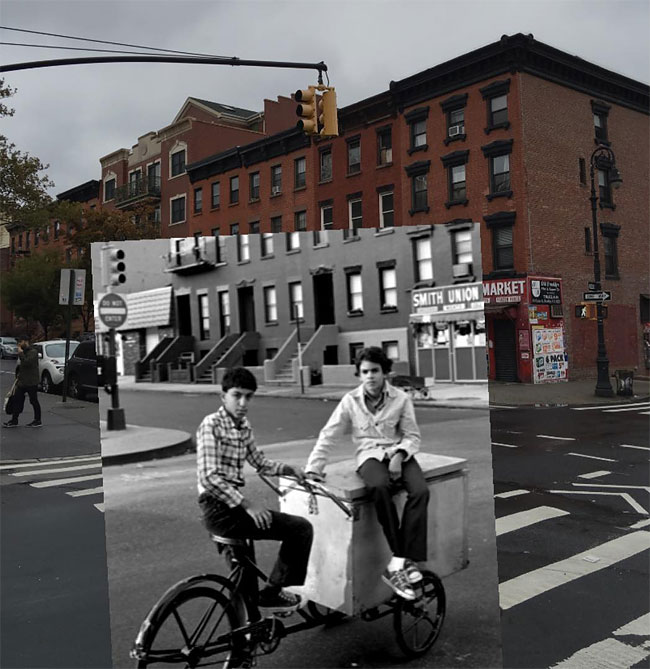 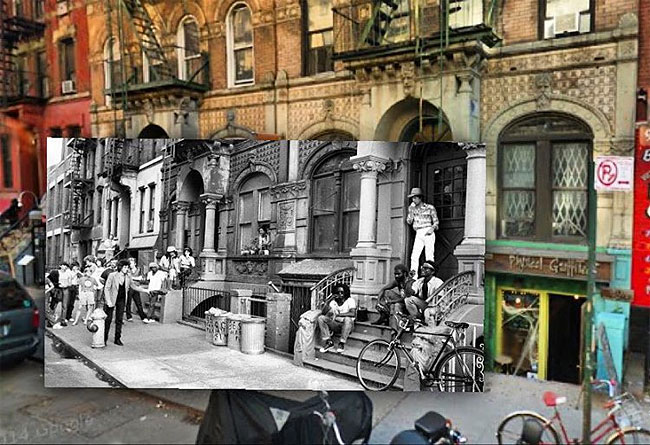 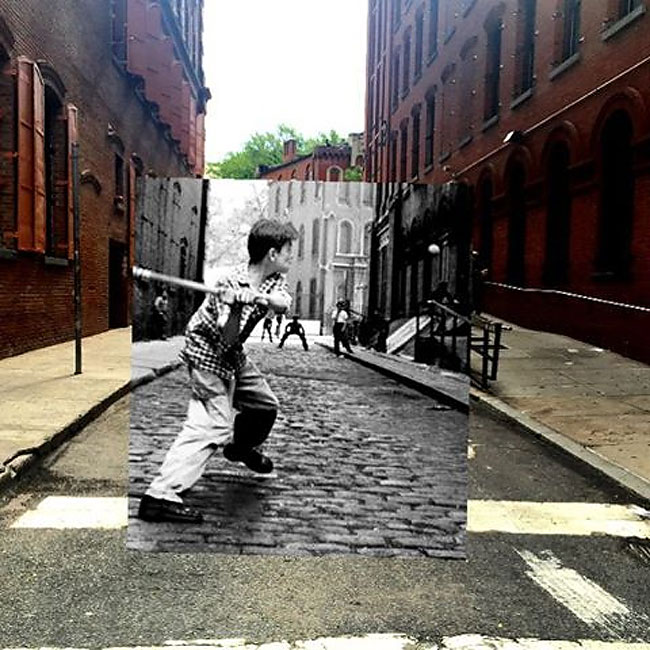 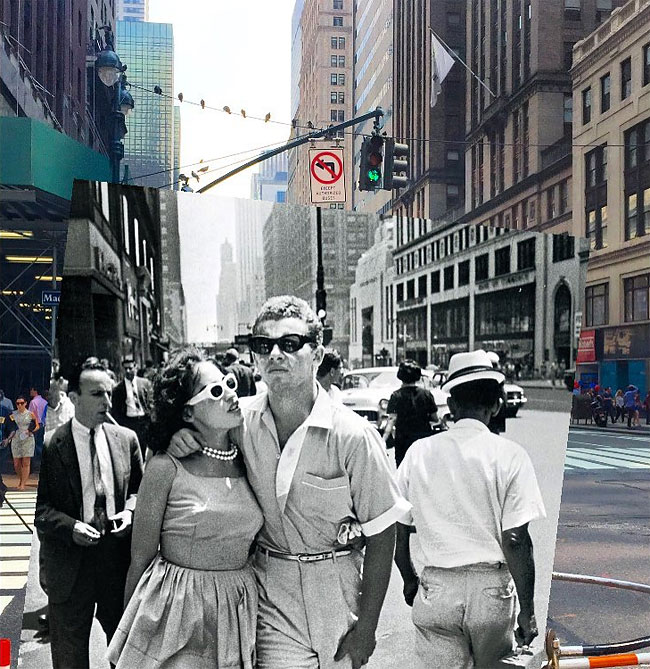 Hipsters, 42nd and Madison 1961 by Garry Winogrand, and background today 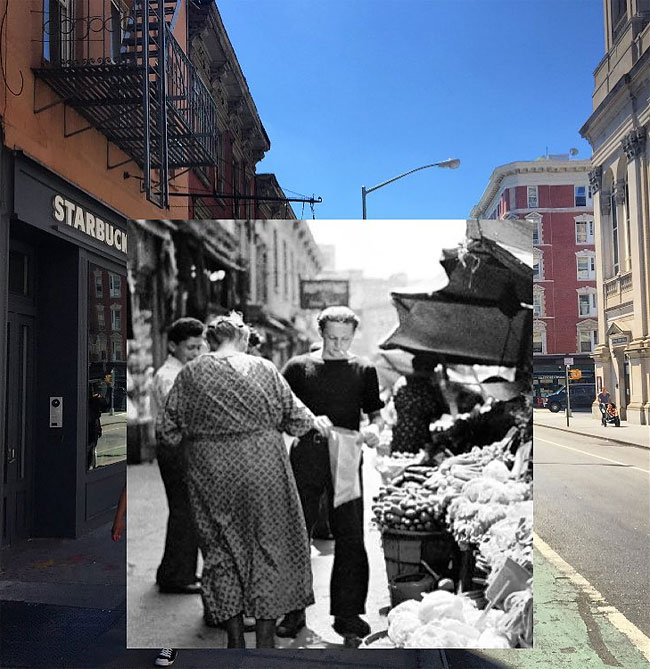 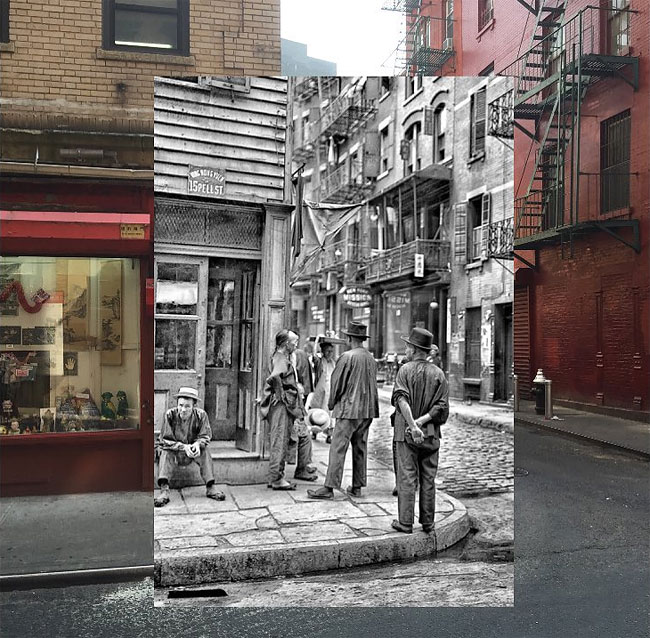 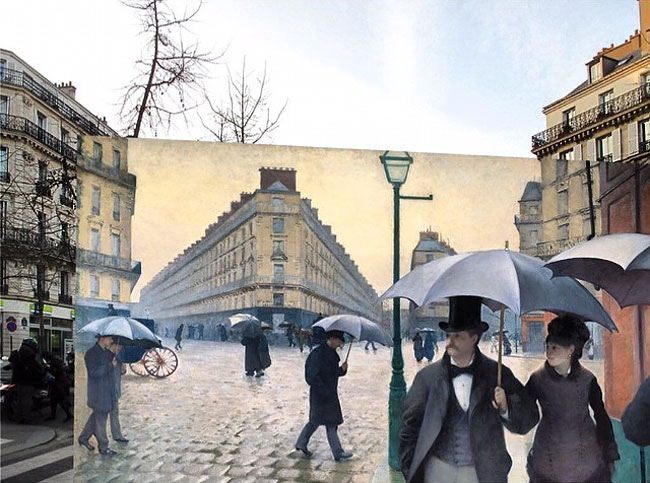 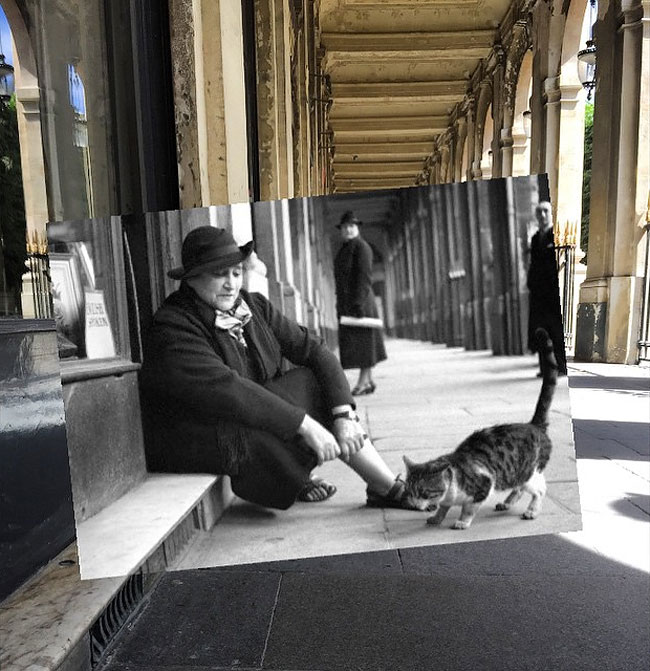 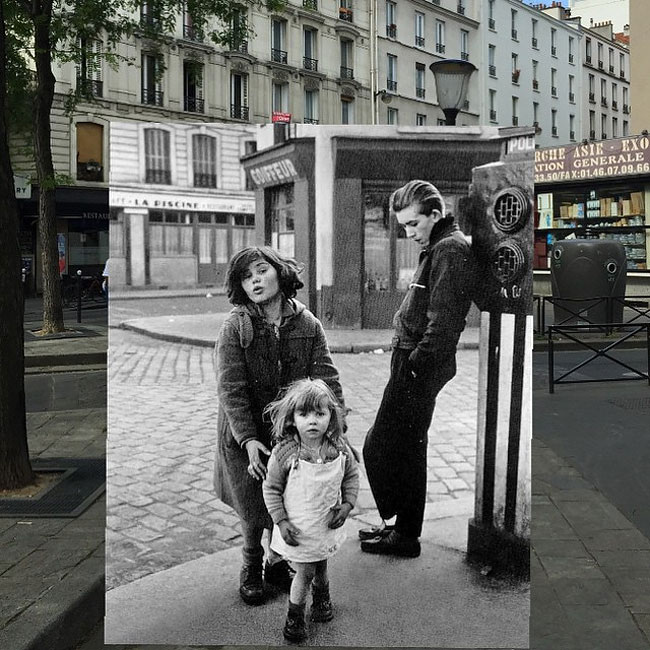 Les Enfants de la Place Hébert 18e Arrondissement 1959 by Robert Doisneau. The Restaurant La Piscine is still there but has been rather chicified 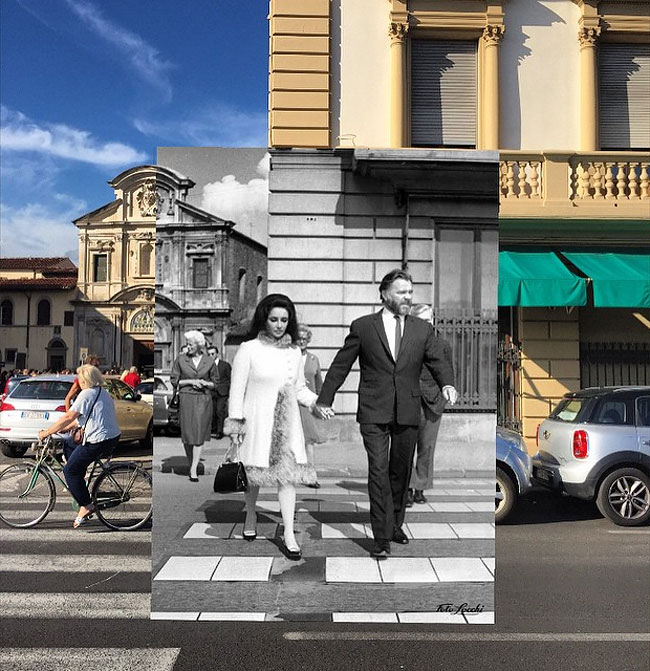 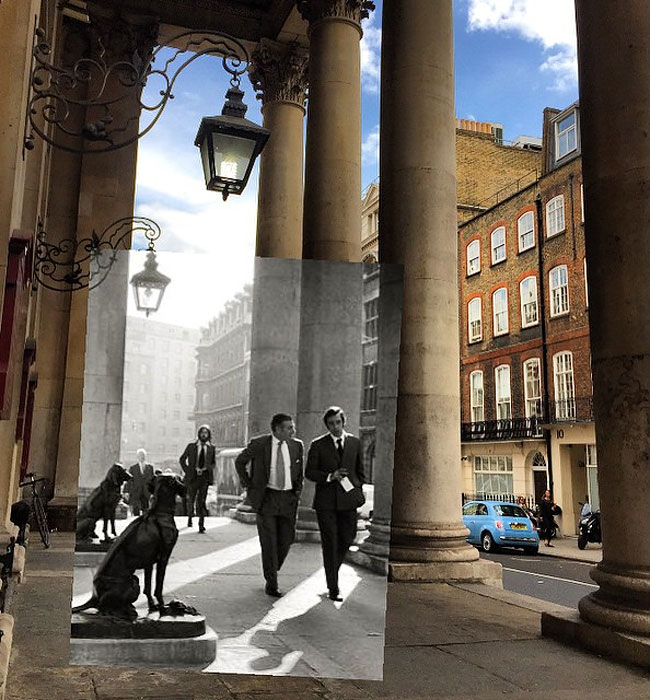 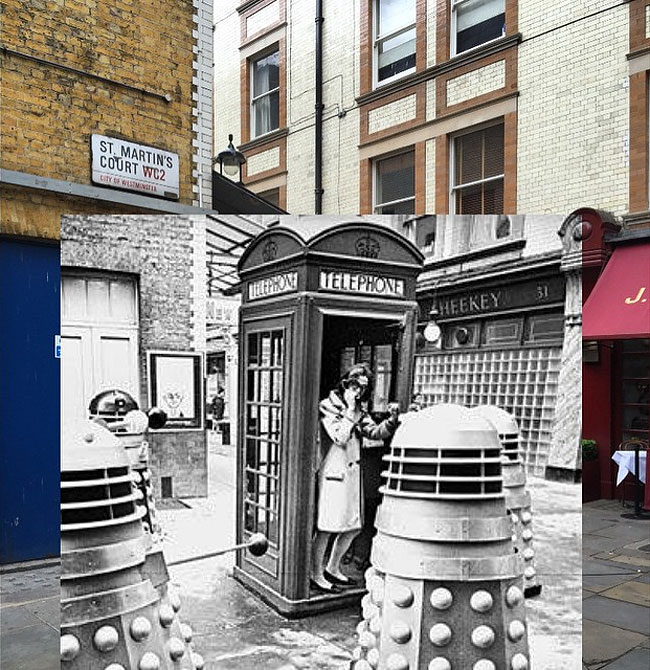 Yes that’s right constable, Daleks, outside J Sheekey…what? No they haven’t got the plungers out yet 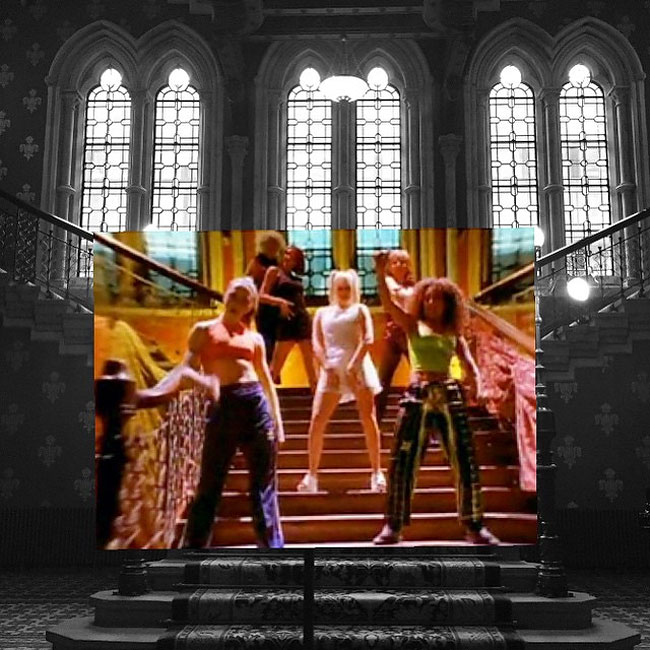 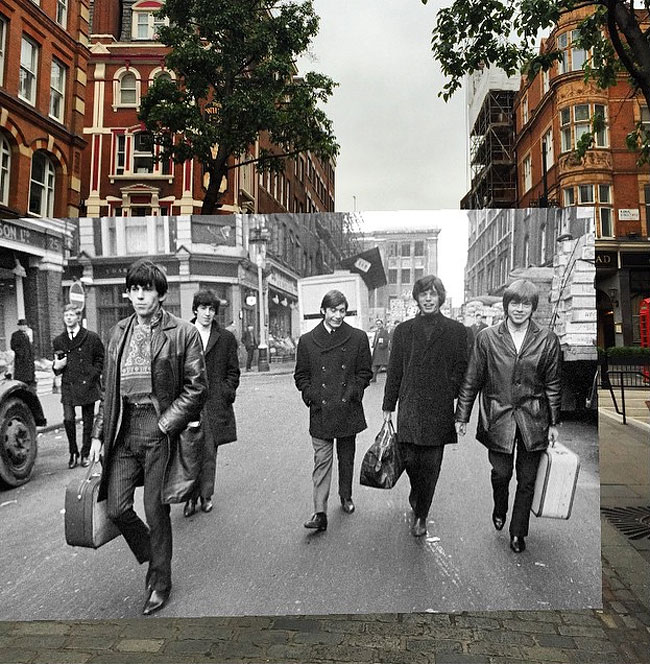 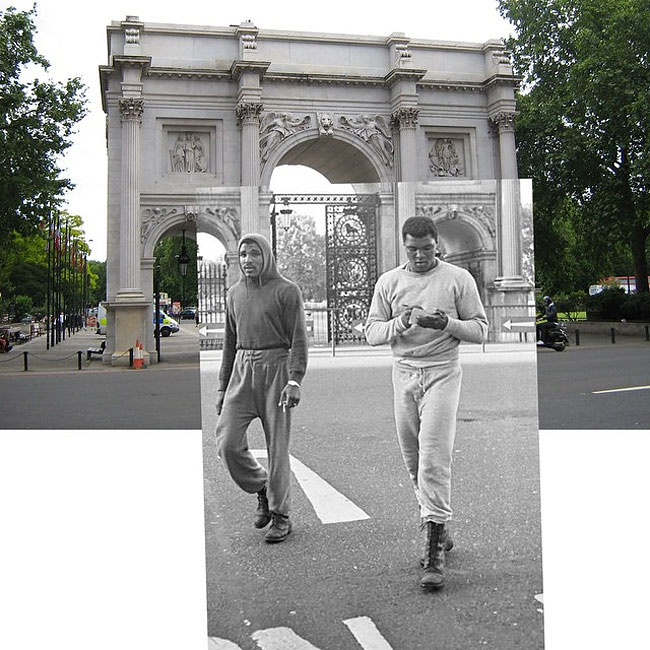 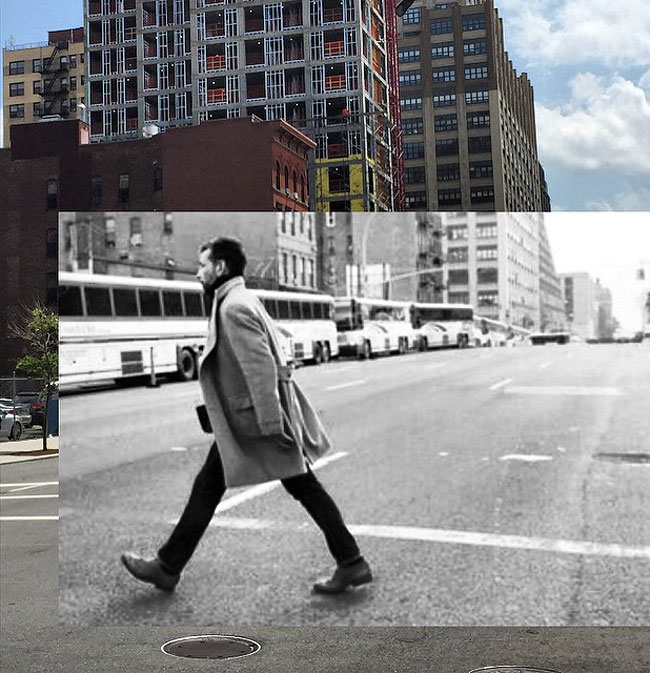 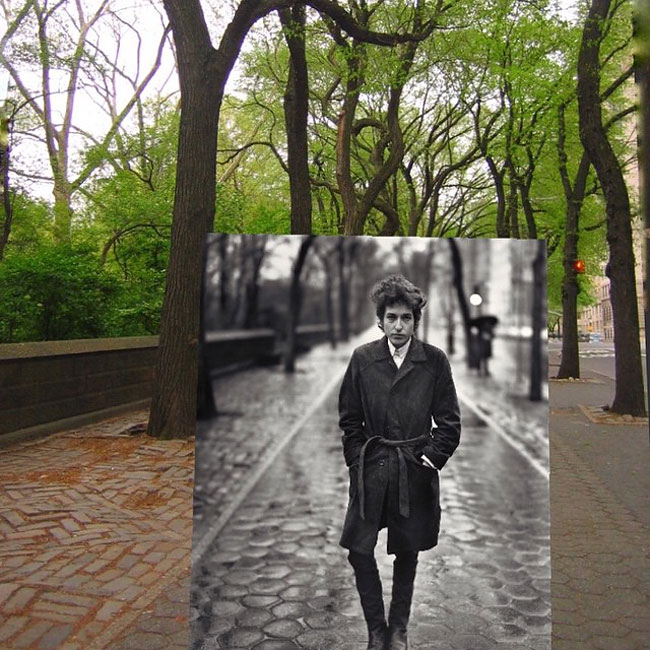 Beautifully Arranged Visual Recipes By Mikkel Jul Hvilshøj
"Eternal Monuments in The Dark": Photograher Captures Brutalist Beauty Of Fragments of The Socialist Era
Stunning Photos Of Cyndi Lauper At Coney Island For Her Album “She’s So Unusual” In 1983
Abandoned Floating Submarine Base PB-24. The Only One Located In Russia.
Photographer Captures The Best (Worst?) Mullets From MulletFest 2020
Darkness To Light: The Moody And Bluish Photo Artworks Of Albin Sjödin
2020 New York City Taxi Drivers Calendar Is Here!
The World Through Jack London's Eyes
"The Sign From The North Side": Majestic Lapland Landscapes In Photographs By Sami Takarautio
Bizarre Beauty Pageants: Vintage Photos Of Hot Dog Queens From The Mid-Century
Gisele Bundchen for Vogue Brazil, July 2012
Russian Janitor’s Mock GQ Photoshoot Pays Off
The Obama Wedding Photos Will Remind You Of Better Times
Photographer Uses 160-Year-Old Camera To Take Eerily Beautiful Portraits
Photographer Blair Bunting Powerfully Captures Awe-Inspiring Shots of Trains in Motion
Kiki Fernandes Captures The Poignancy Of De Saint-Exupéry’s Work In Gorgeous Photos Of Scenes From "The Little Prince" — In LEGO
Geri Halliwell for Next Underwear
This Time Travelling Instagrammer Got Stuck Somewhere In The 1950s
Photographers Turn Their Homes Into Cameras To Portray Life During Coronavirus Times
Photographer Tests Her Skills With A One Dollar Camera
Beautiful Ethiopian Headwear Made From Your Trash
Unbelievable Macro Shots Taken Inside Instruments By The Romanian Artist Adrian Borda
Vintage Photos Of Lumberjacks Who Felled Big Trees Using Only Hand Tools In The Early 20th Century
Fabulous Photos of Ewa Aulin in the 1960s and ’70s
changing, cities, overlapping, present