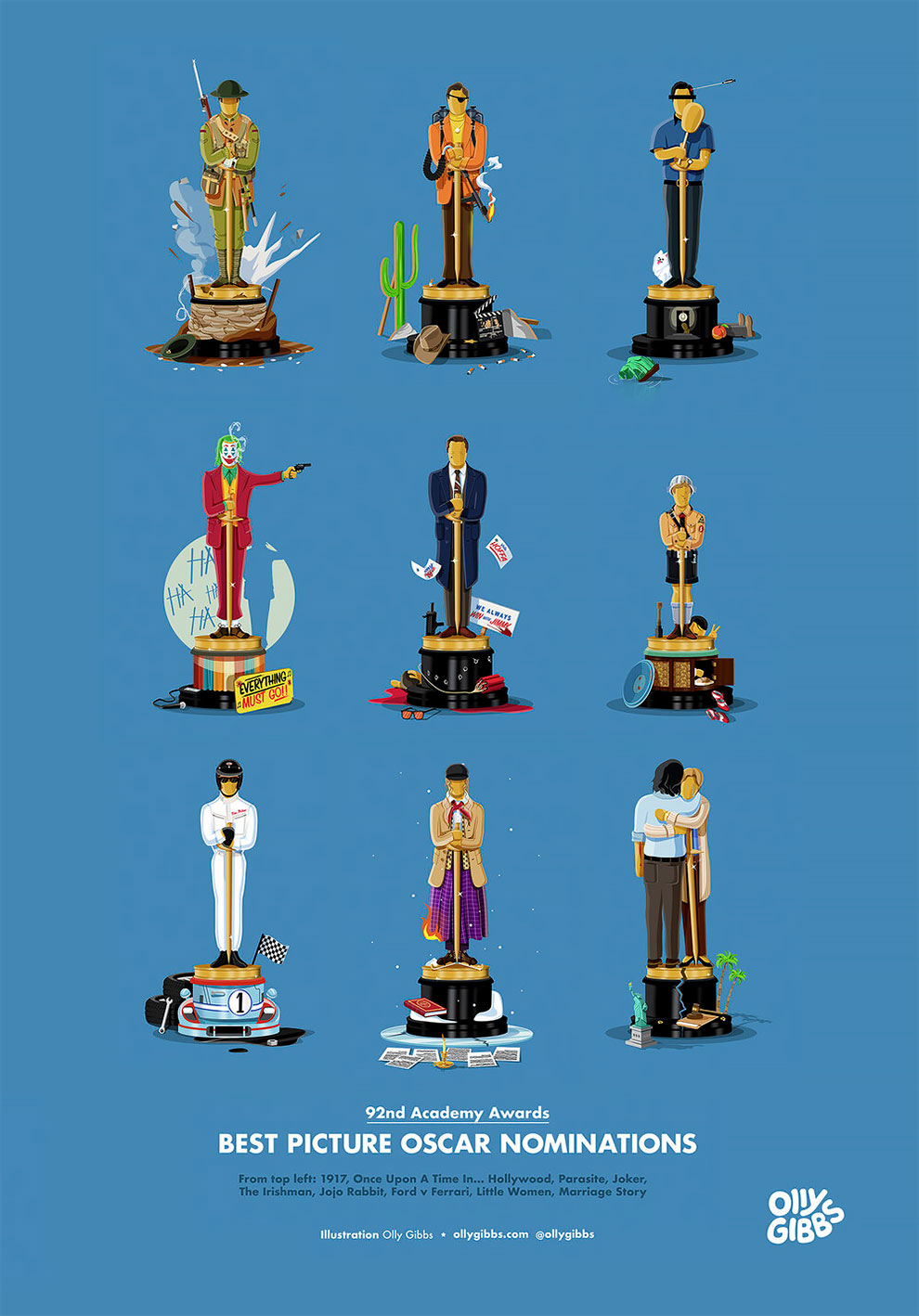 The 92nd Oscars is almost upon us, and it’s time for one of our favourite pre-event activities: checking out Olly Gibbs’ annual Oscars project. For the past seven years, Gibbs has taken each of the nominations for the Best Picture gong and encapsulated the essence of the movie on an Oscars statuette. Scroll down for a look at our favourites this year. 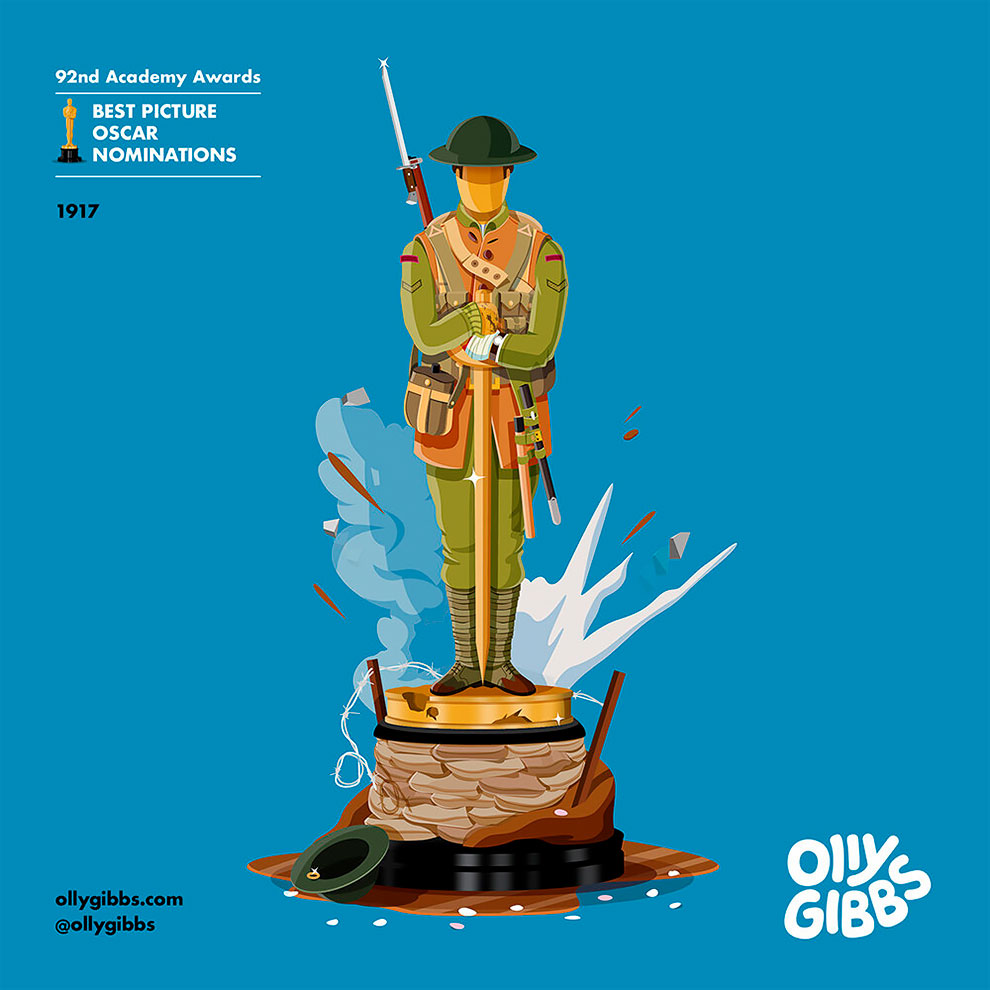 Olly Gibbs is an award-winning designer & illustrator living in London. He works at Empire Design in the film and tv industry. Previously he was Art Editor at Empire Magazine for 5 years working across Print and Digital. He is a member of the Association of Illustrators. 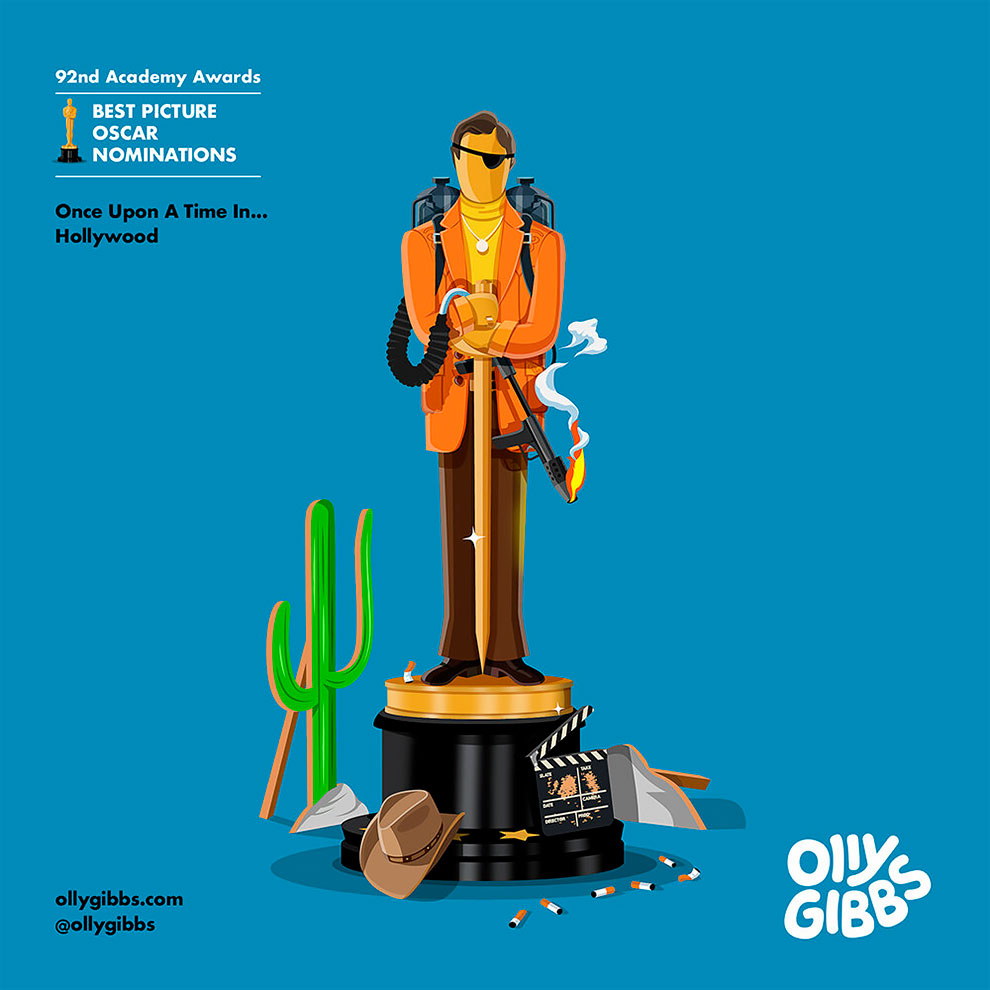 “For seven years I have worked on a personal project of illustrating all the Best Picture nominees at the Oscars for the upcoming year. Each film is portrayed by the gold statue in a costume and elements from the film.” 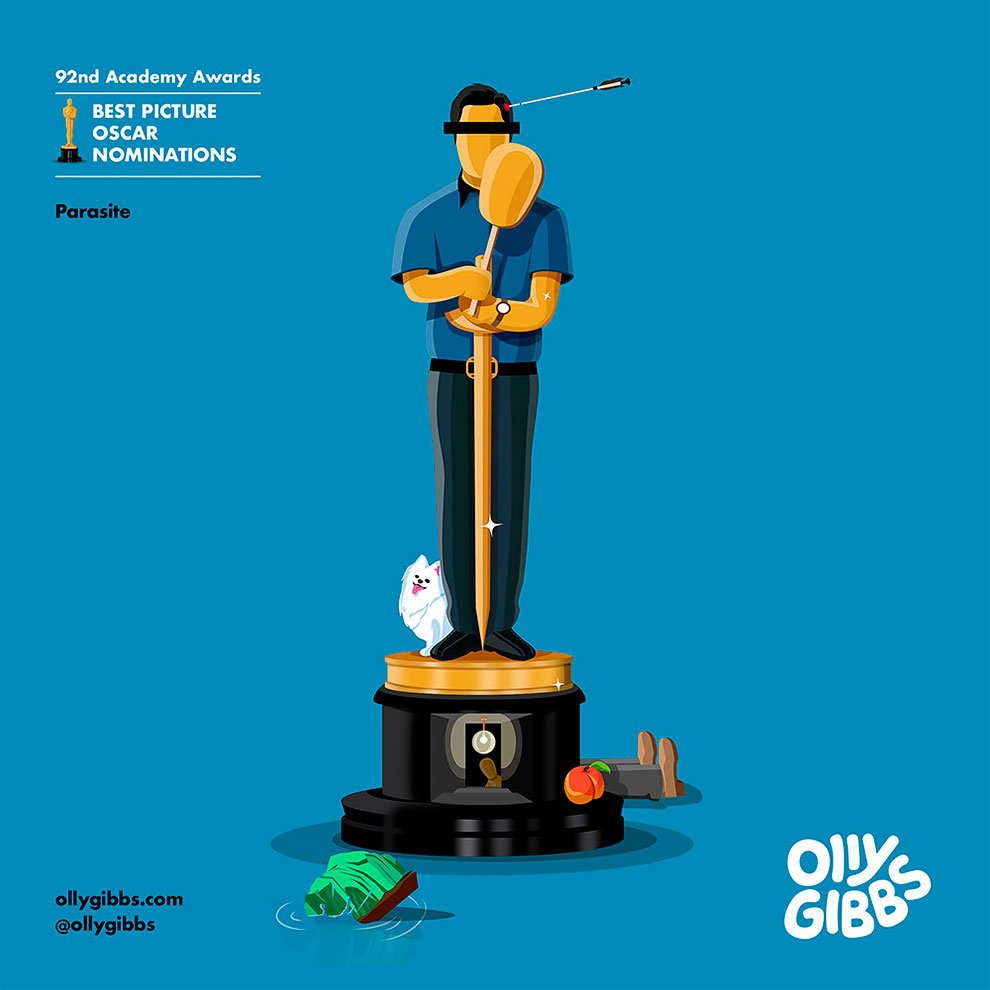 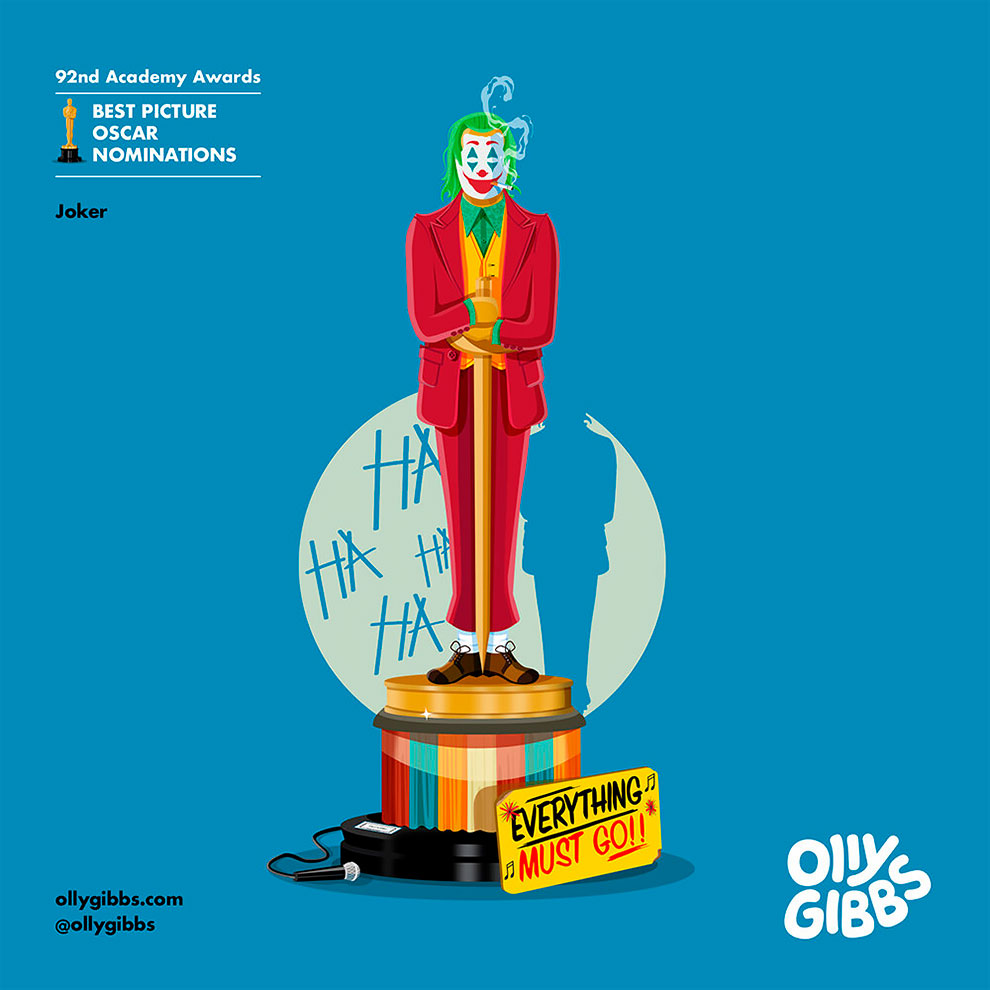 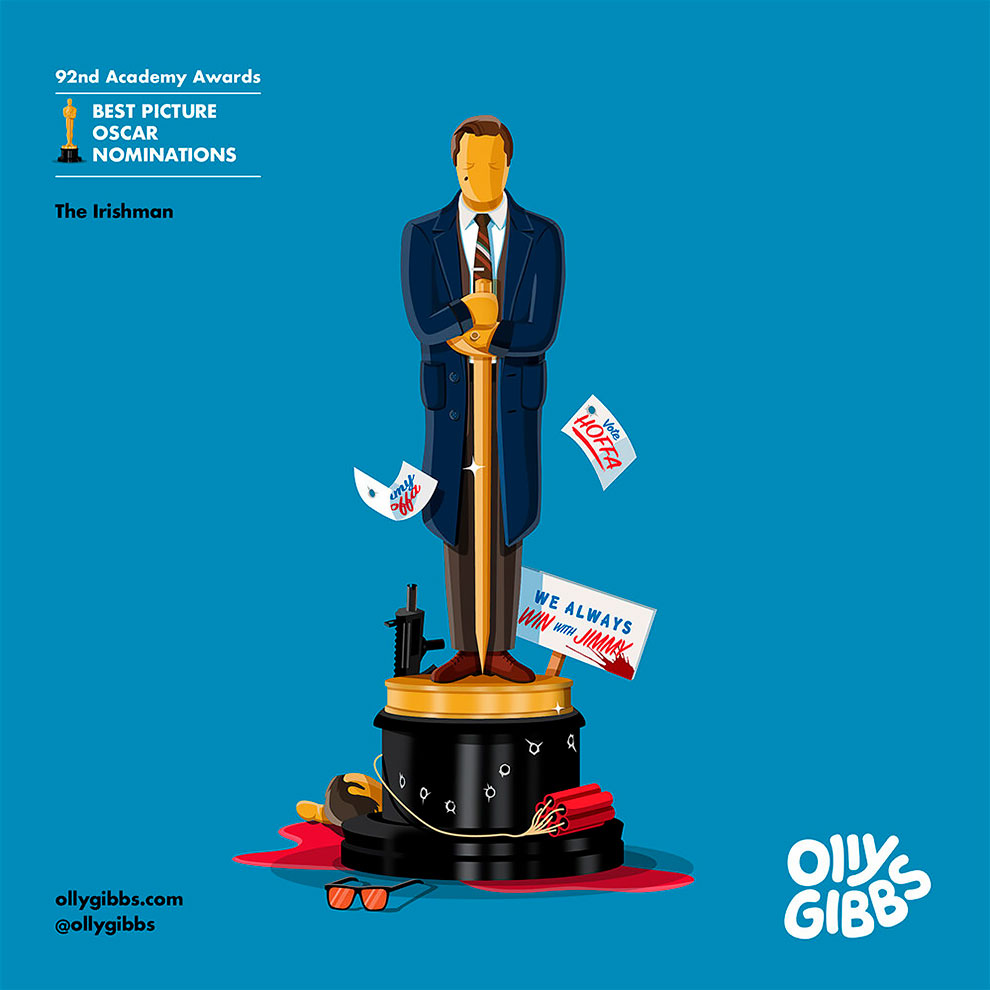 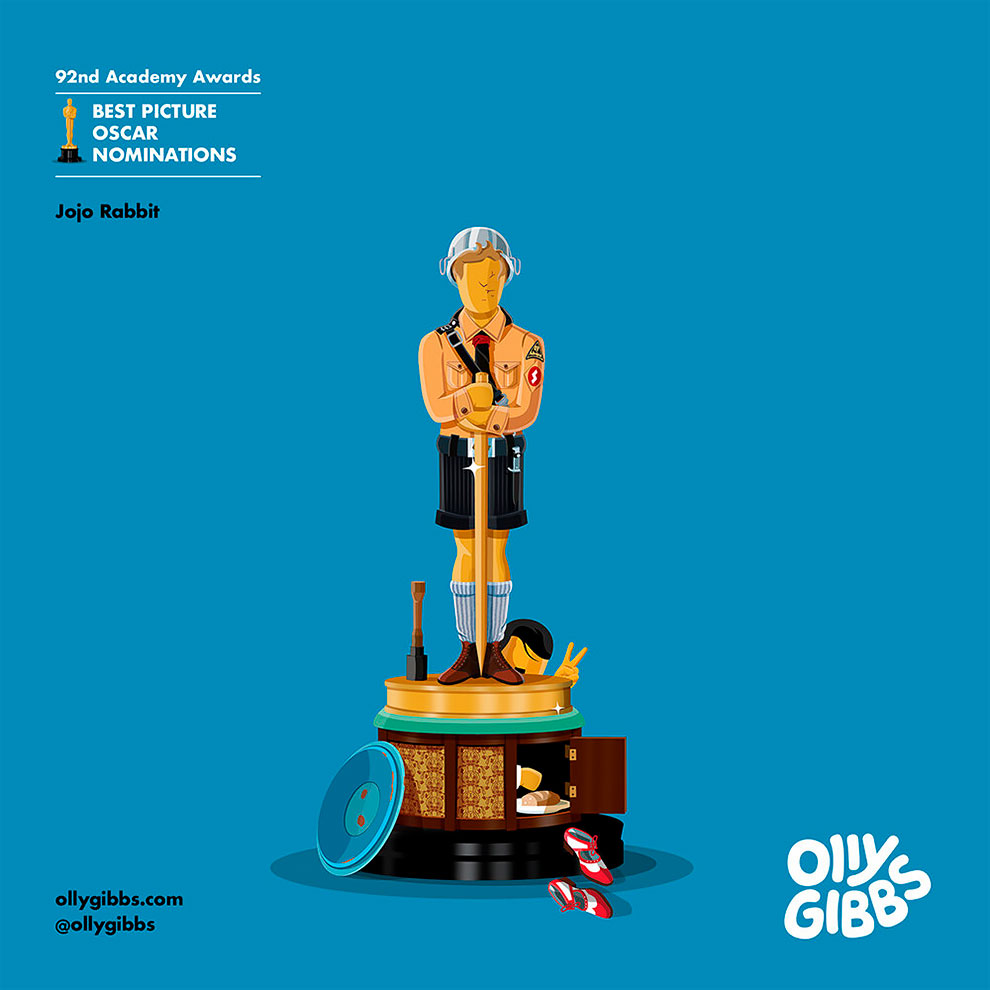 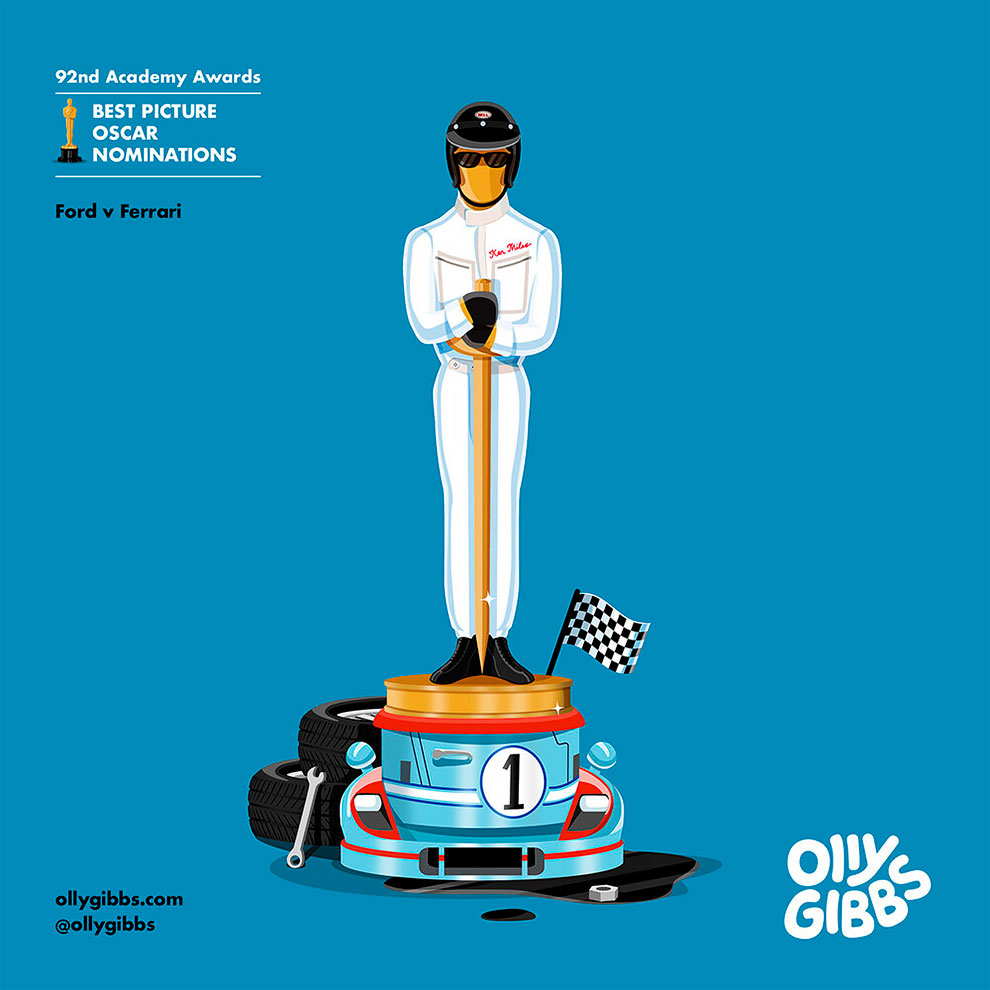 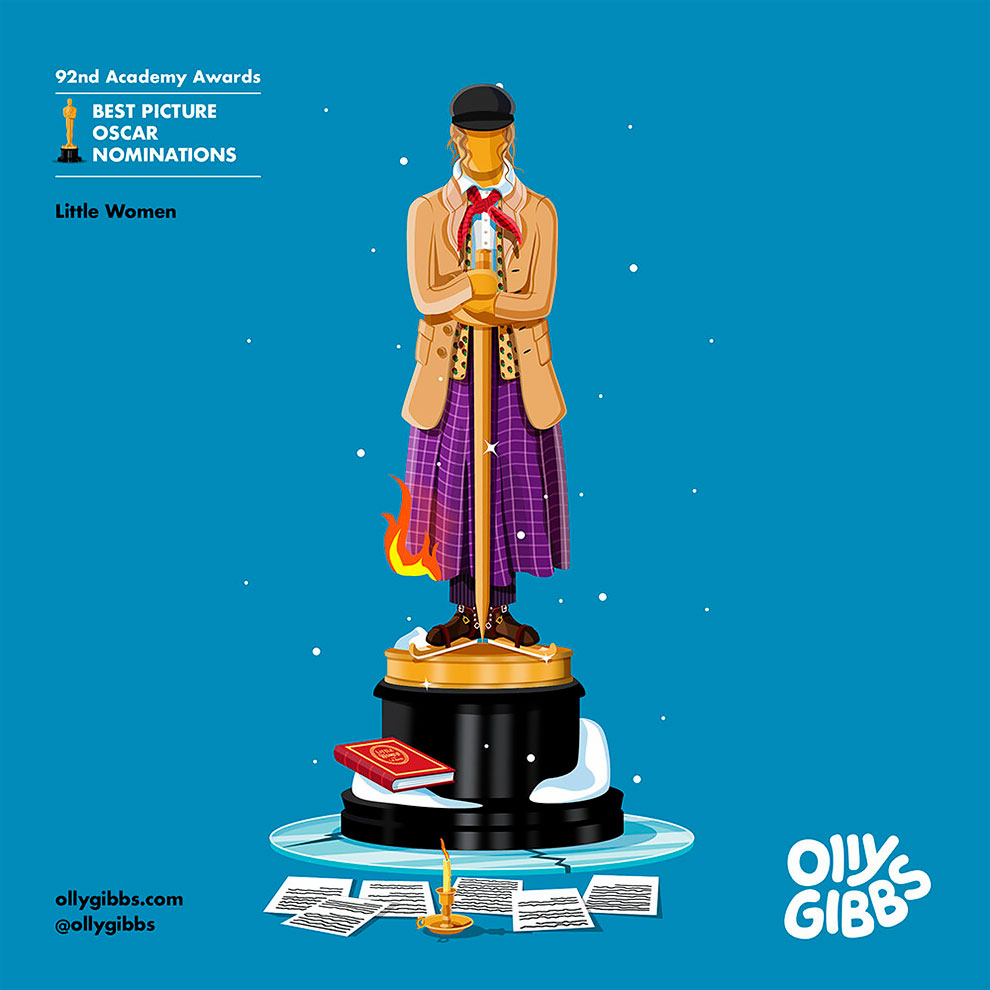 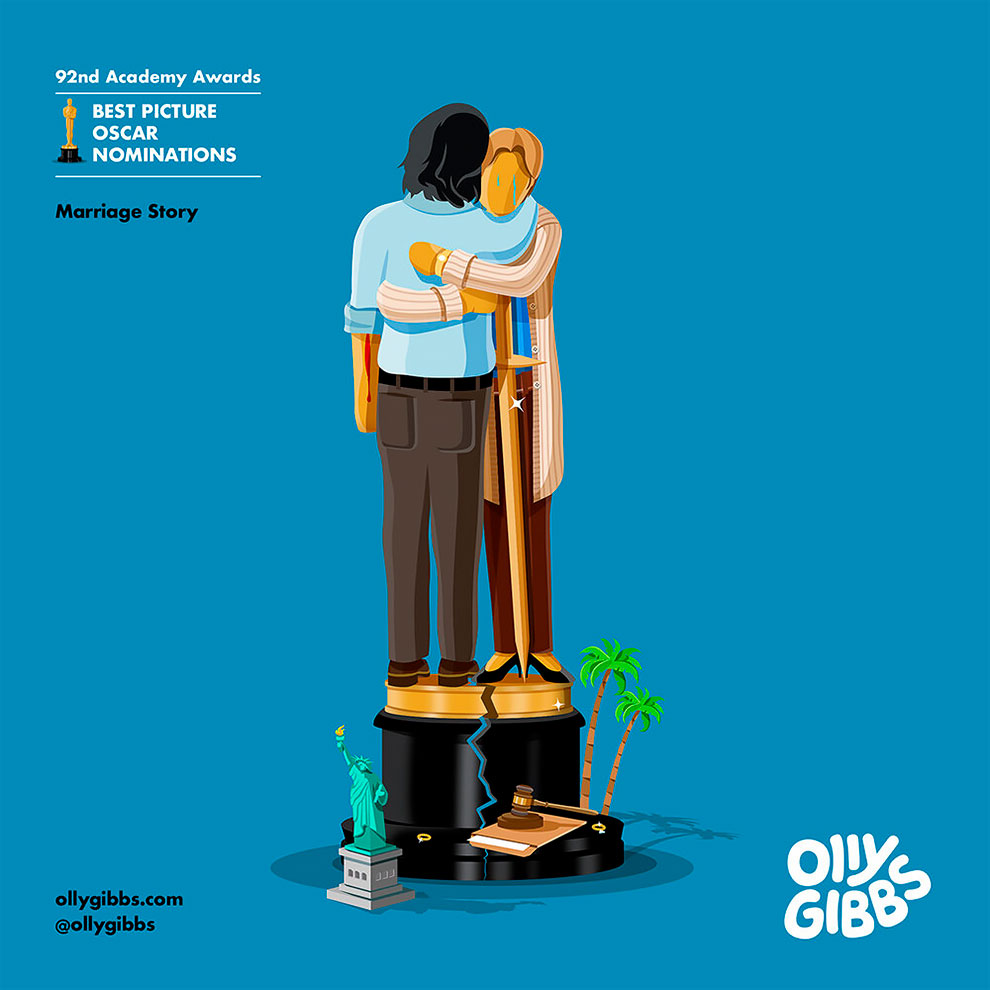