Lego Lost At Sea: An Online Museum Of Plastic Toys Lost At Sea In 1997 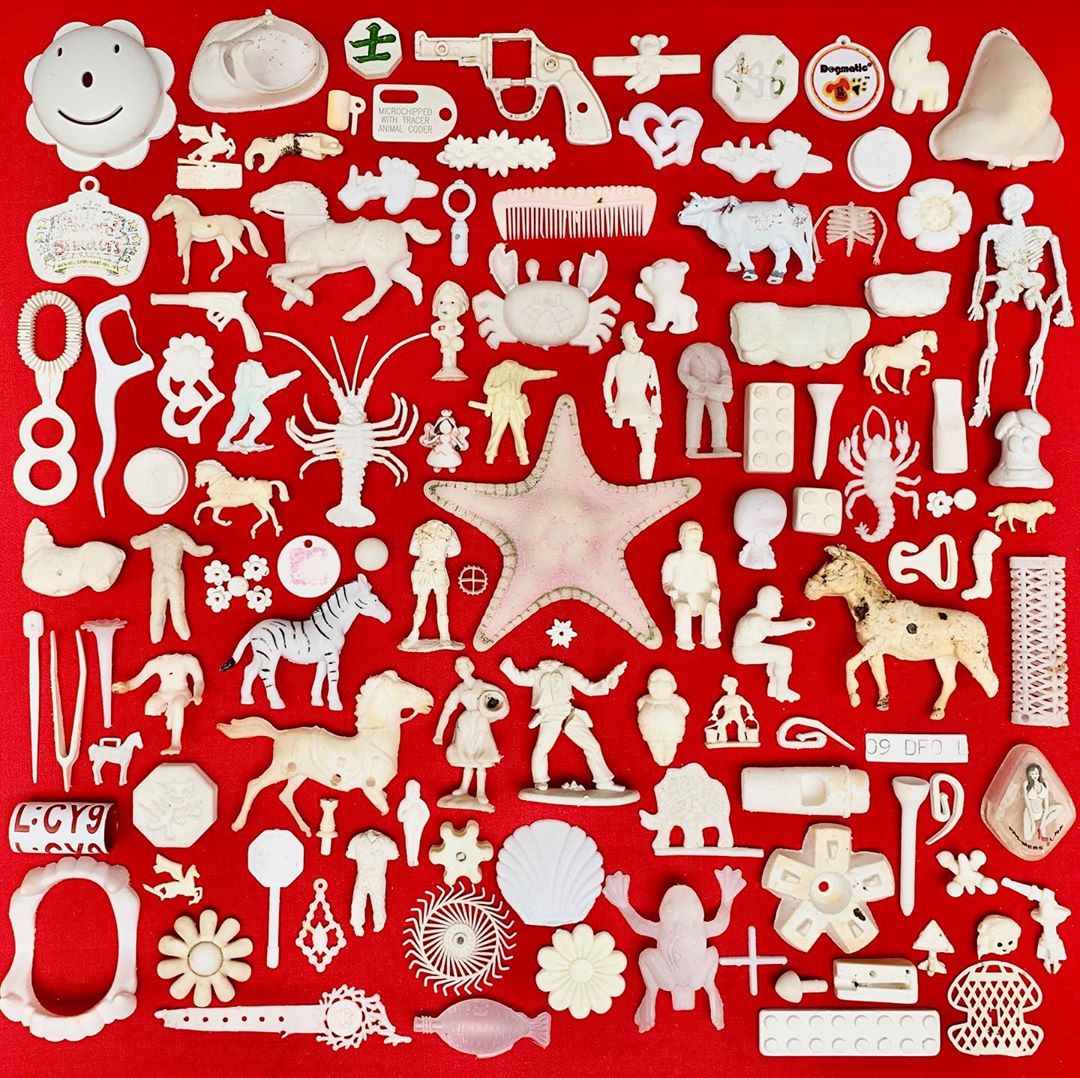 In 1997, nearly 5 million bits of Lego, much of it sea themed, fell into the ocean when a huge wave hit the cargo ship Tokio Express, washing 62 containers overboard. Among the pieces lost were tiny minifig heads, their faces now mostly blank after decades at sea. All discovered on Cornish beaches.

Plastic finds from Cornish beaches, including Lyons Maid Superheroes lolly sticks from the 70s, Lego, a Gordon Banks spot kicker from 1974 and a lucky white horse charm from a bottle of whisky. 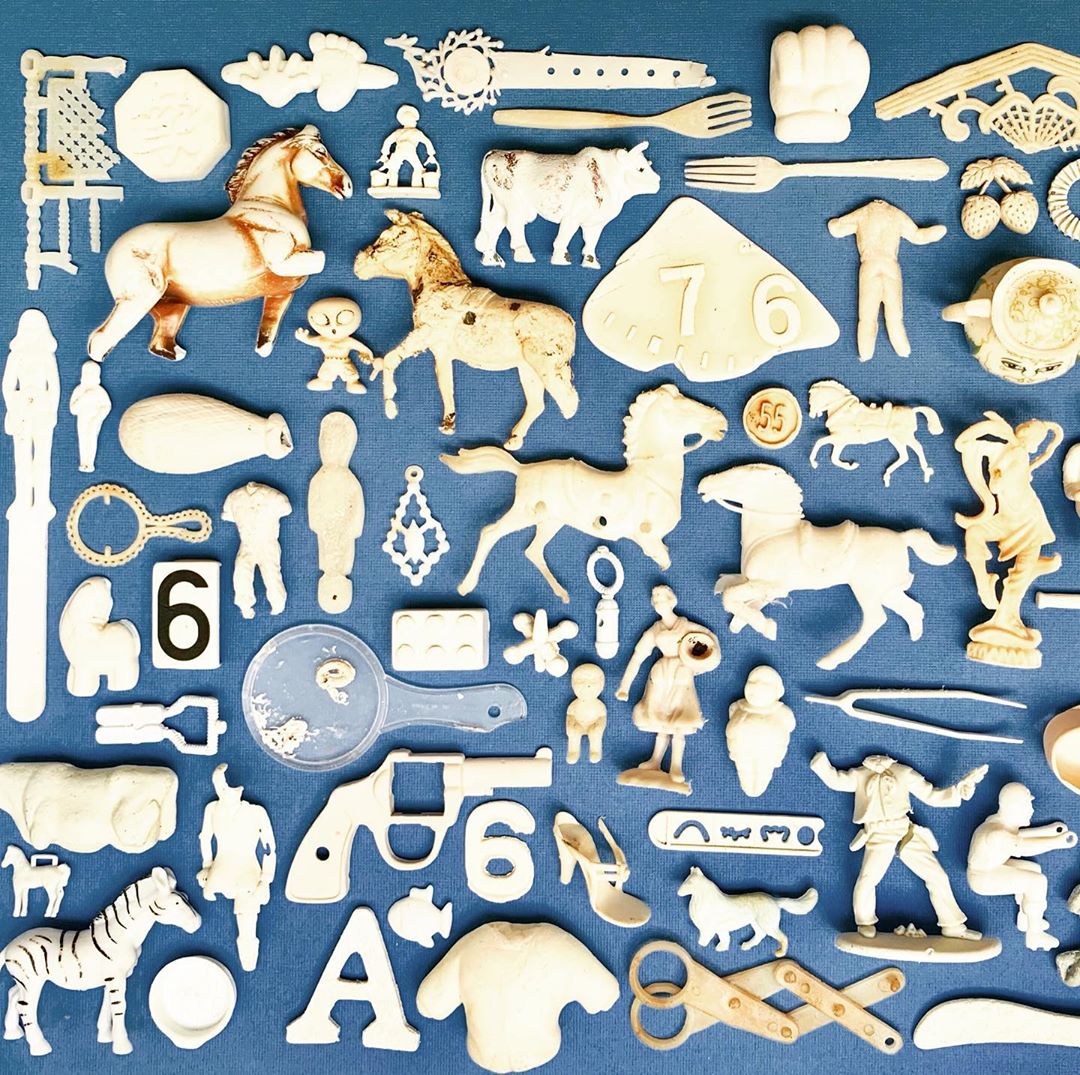 How old is some of the plastic we find during beach cleans? This Robin Hood figure was given away free in packets of Kelloggs cornflakes some 50-60 years ago. 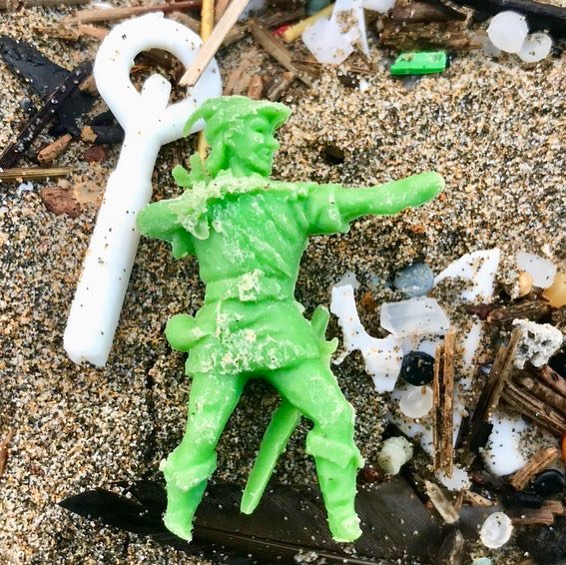 Plastic flowers found on Cornish beaches. In the 60s and 70s, plastic daffodils and tulips were given away free with soap powder. Customers would keep buying the brand till they had enough for a whole bunch. 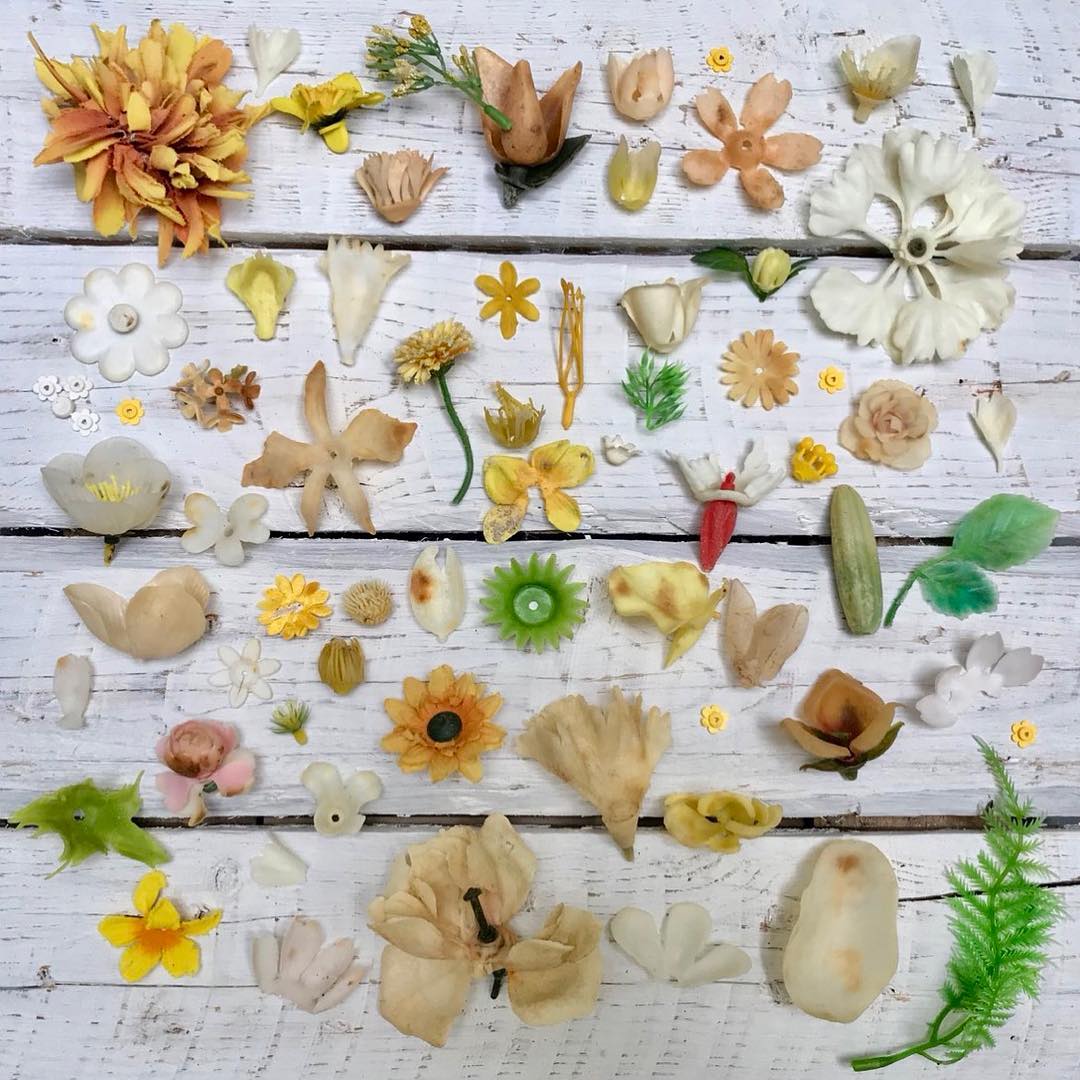 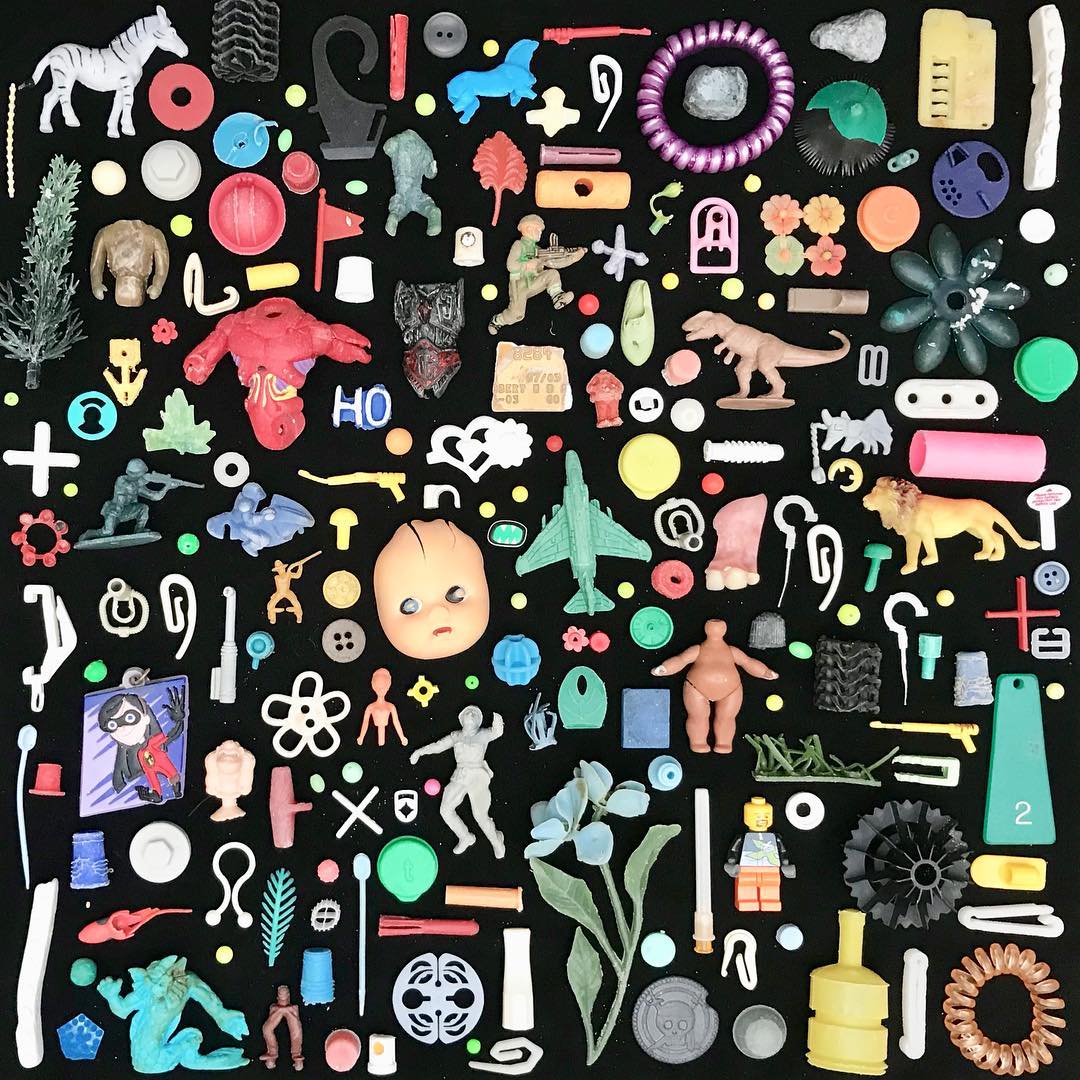 “All kinds of everything remind me of you.” 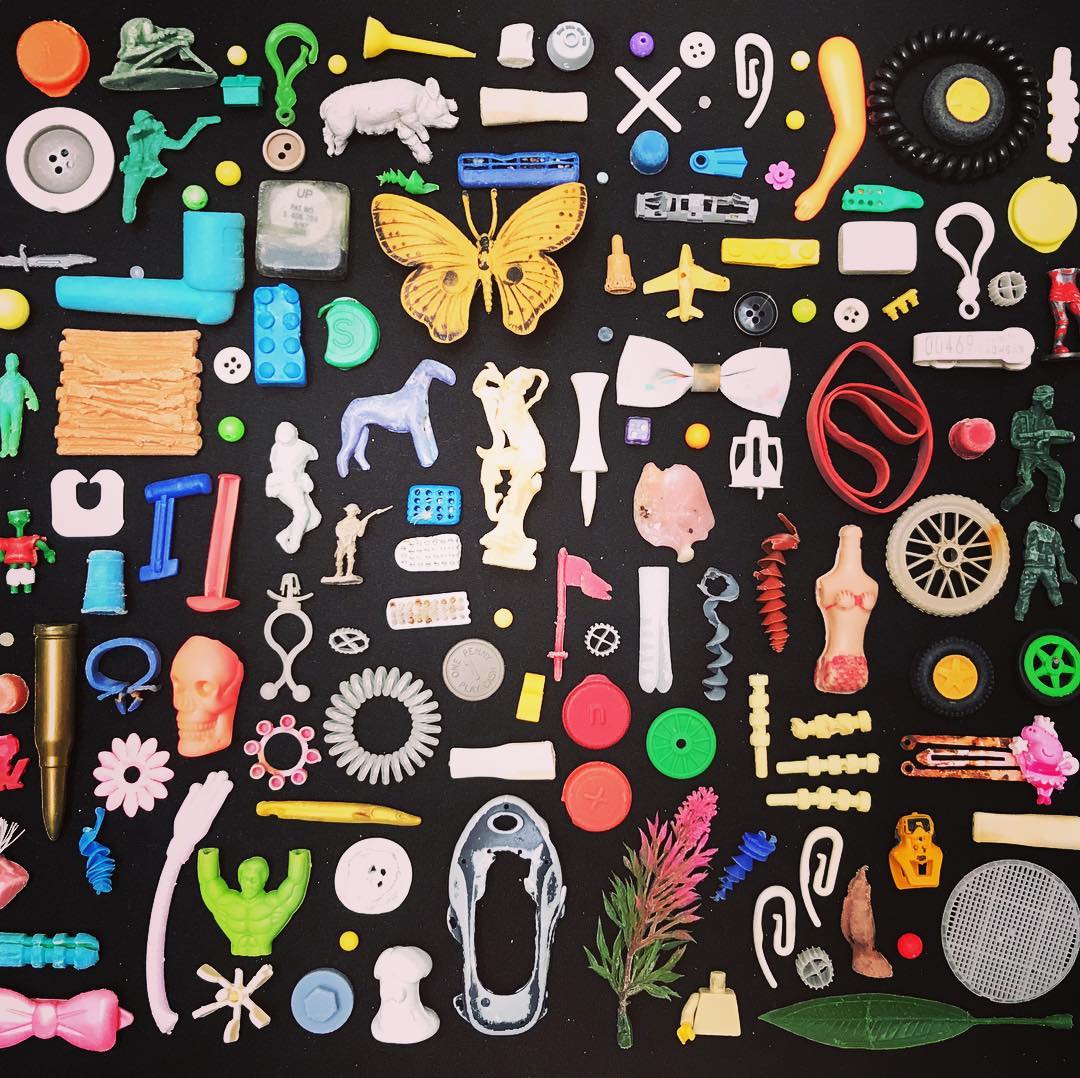 A guide to the Lego Lost At Sea! These are some of the pieces we regularly find washed up in Cornwall during beach cleans, though the dragons and octopuses are much sought after and can be very elusive. 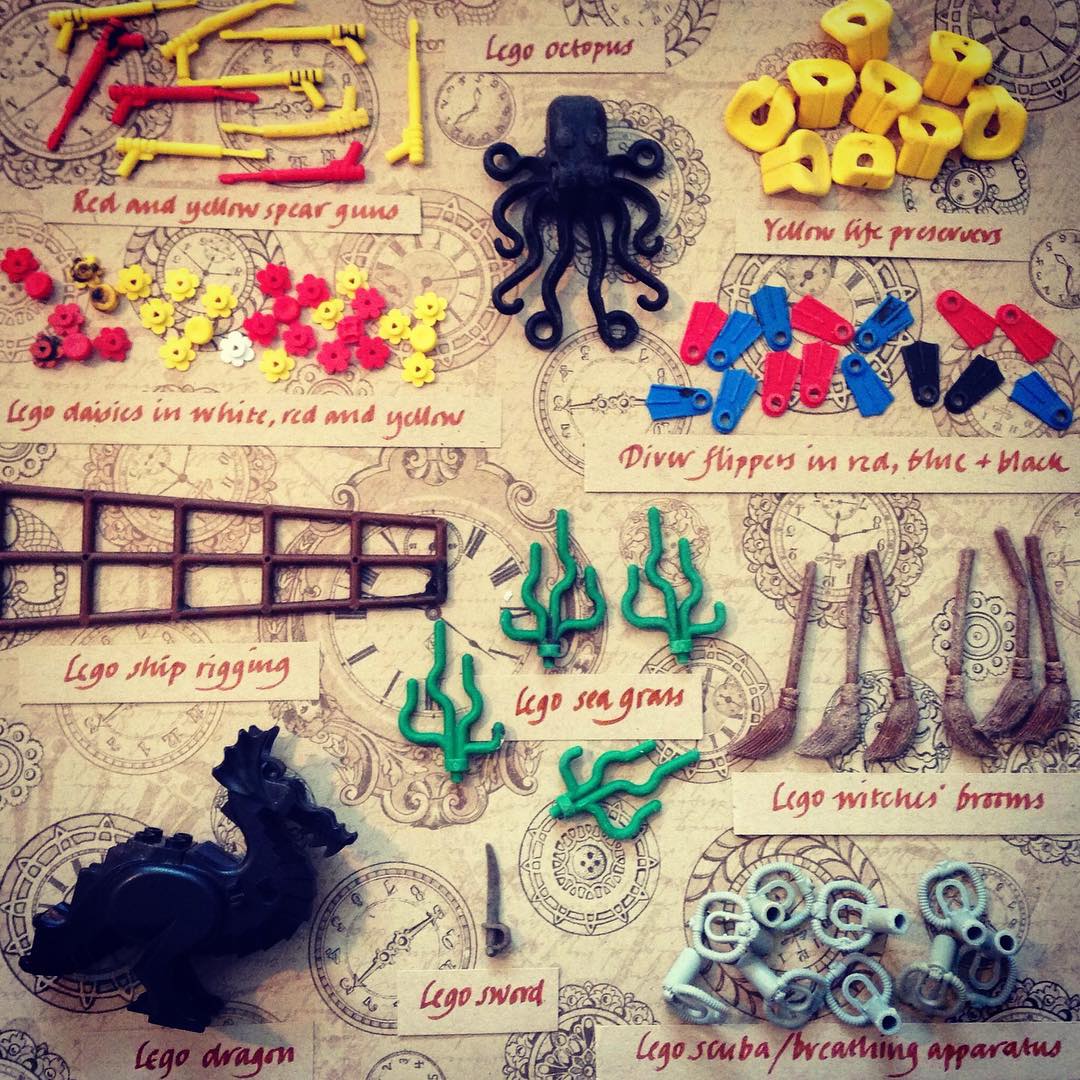 Lego daisies from the 1997 cargo spill. Washed up in North Cornwall. 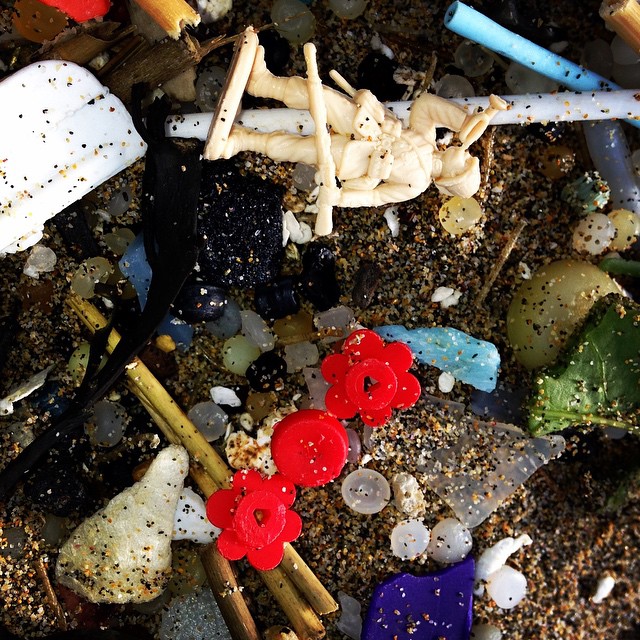 Lego dragons from the container ship Tokio Express, found washed up in south Devon, England in the late 1990s. 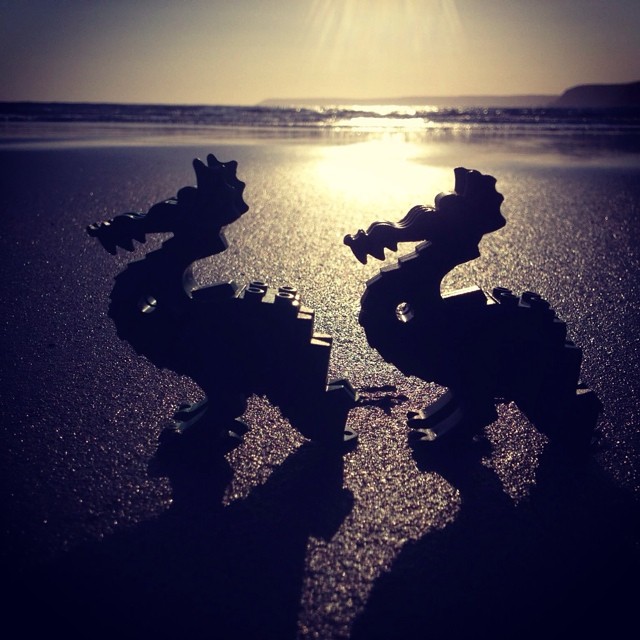 Detailed 3D Illustrations Of Anatomically Correct Cartoon Character Skulls Labeled As Scientific Specimens
Wholesome Signs By The Clackamas United Church Of Christ
Some Guy Is Leaving Hilarious Fake Trivia Books In Bookstores
A Canadian Artist Is Transforming His Look with Extreme Plastic Surgeries and Tattoos to Fulfill His Dream of Becoming a Gothic Vampire
Small but Brave: Charming Illustrations by Skottie Young
Wrestle Your Mailman And Other Small Ways To Feel Happy
Former Cartoonist Creates Cute Animal Tattoos To Show You A Life On The Wild Side
Plus-Size Woman Asks 21 Photoshop Editors To Make Her Beautiful
Romance And Surreal Situations By Yuval Robichek
"In The Midnight": Denny Busyet Creates Dreamlike Artwork Inspired by 80s and 90s Aesthetic Nostalgia Fuelled by Synthwave
Slanted Magazine #18
Artist Creates Illustrations That Turn Loneliness Into Magic
3D Art of Markus Kanzler: Exploring the World of Texture, Composition and Color
This Guy Photoshopped Paddington Into More Than 200 Classic Movies
Maja Säfström's Illustrations Are Witty And Relatable
This Artist Combines Human And Animal Features Into A Single Self-Portrait
Amazing Snapchat Art by Dasha Battelle
The Grace of Power: Comic Art by Julian Tedesco
New Banksy Artworks Spotted in Gorleston, Great Yarmouth and Lowestoft
Artist Spends Entire Year Drawing Giant Octopus Using Only Discarded Ballpoint Pens
This Photoshop Master Can Seamlessly Combine Any Two Photos You Give Him
'A Selfie with a Weapon Kills': Russia Launches Campaign Urging Photo Safety
"Before I Die, I Want To..."
Headache: This Artist Brings All Your Nightmares To Life
1990s, LEGO, lost, plastic, sea, toys