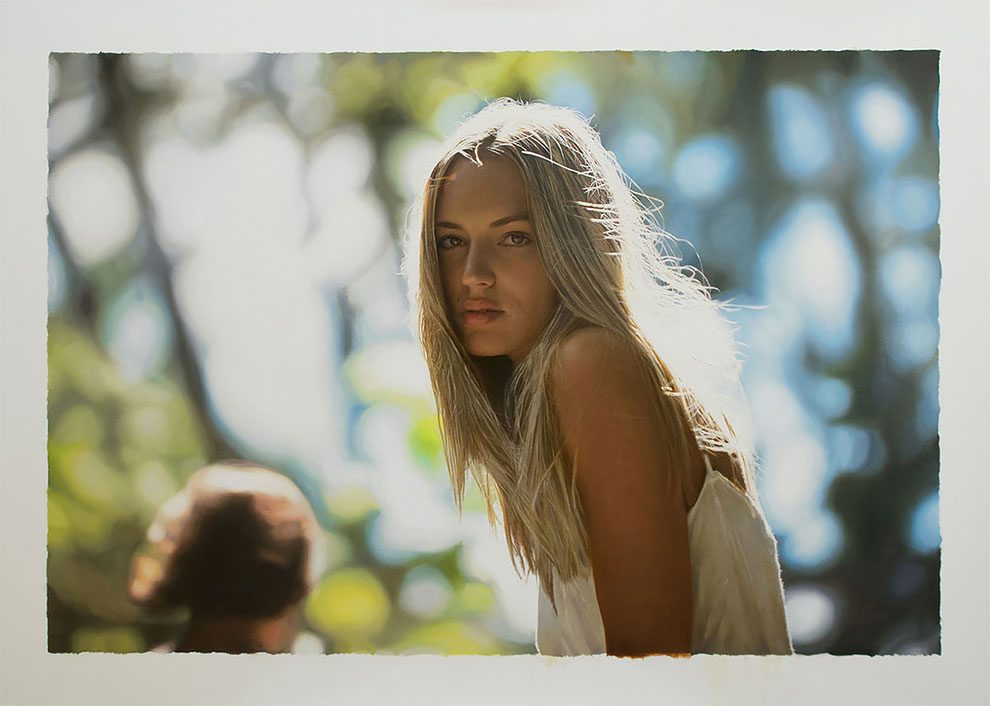 Yigal Ozeri is an Israeli artist based in New York City. He is known for large-scale cinematic portraits of young women in landscapes. His works are photo-realistic oil paintings. 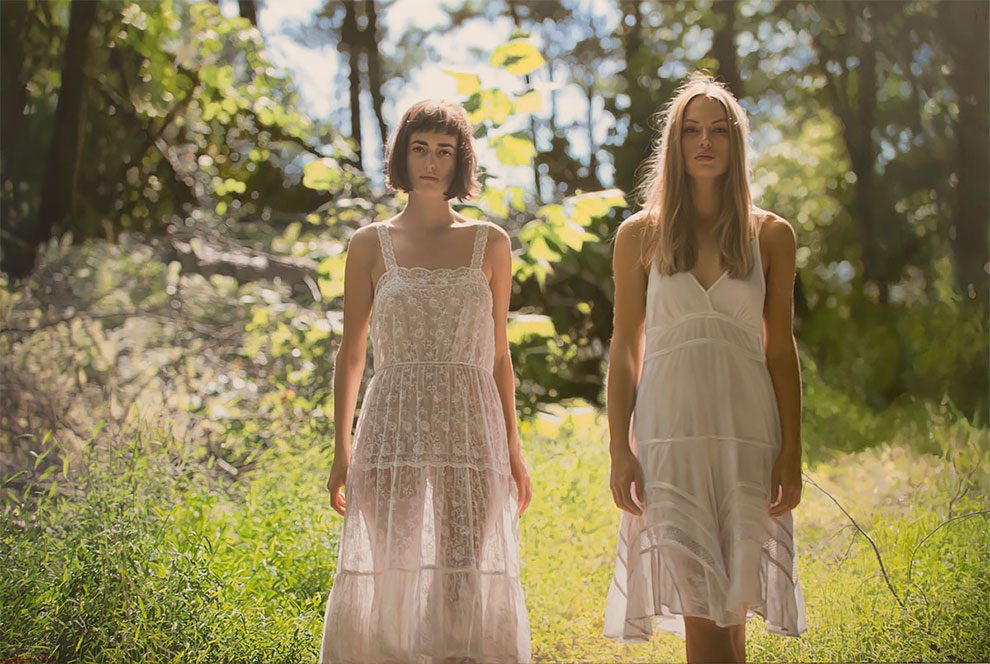 Though he insists that his large-scale, photorealistic paintings are “reality,” because they are based on videos and photographs he takes of his subjects, his works are also infused with a Pre-Raphaelite sense of fantasy, imagination, and ethereality. 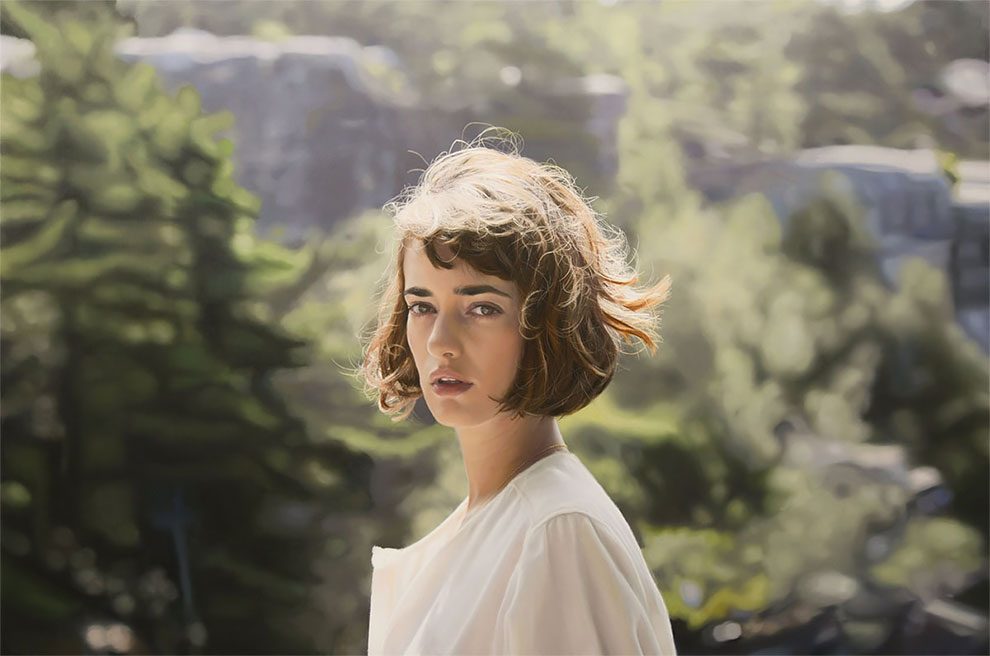 Ozeri often catches his female protagonists in pensive, dreamy states, seeming to merge with their natural surroundings. In a series from 2010, he painted Lizzie Jagger, daughter of Mick Jagger, in a wintry Central Park, New York, rendering each strand of her flowing chestnut hair, the rich textures of her clothing, and the glint of sunlight on her clear skin with brilliant clarity. 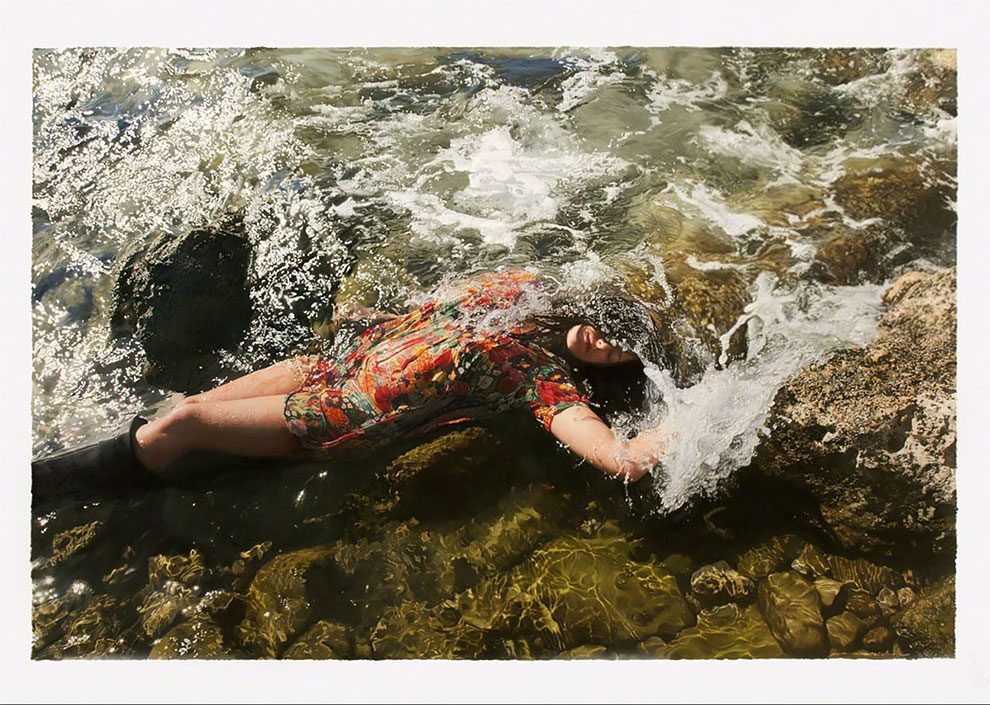 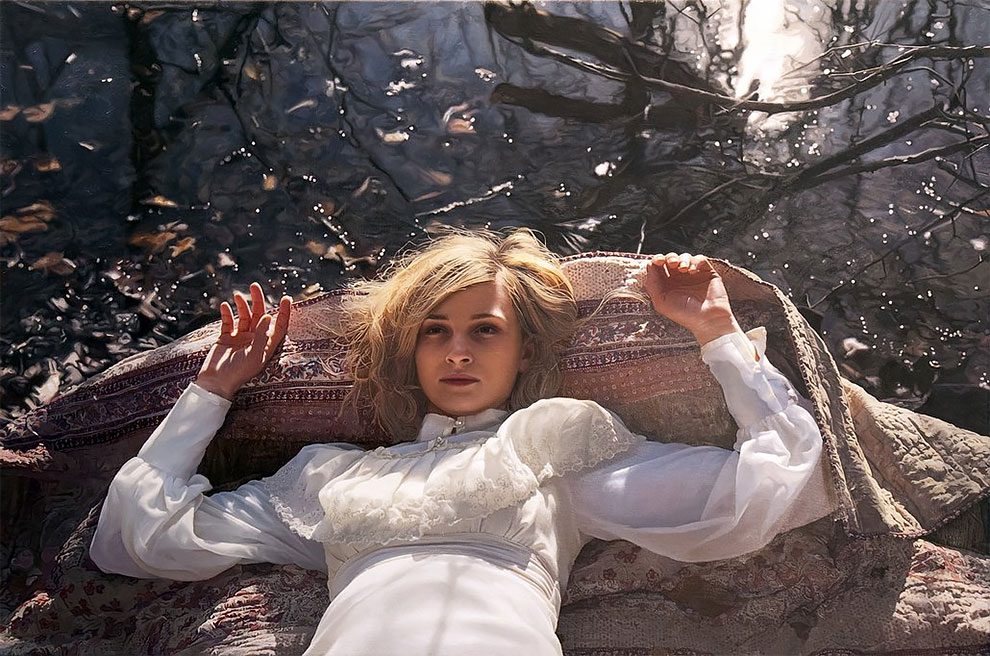 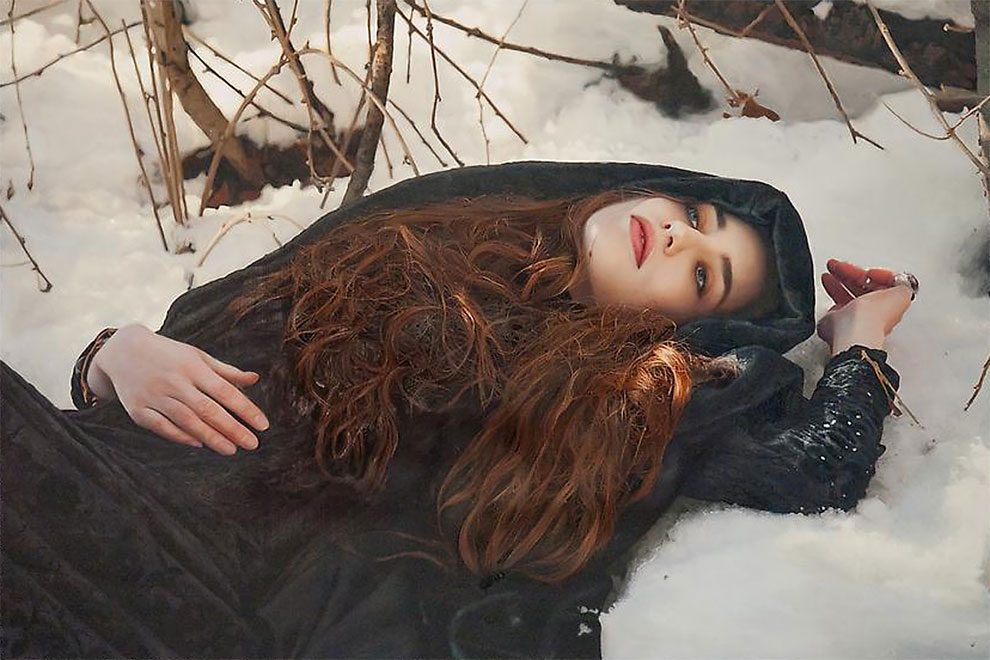 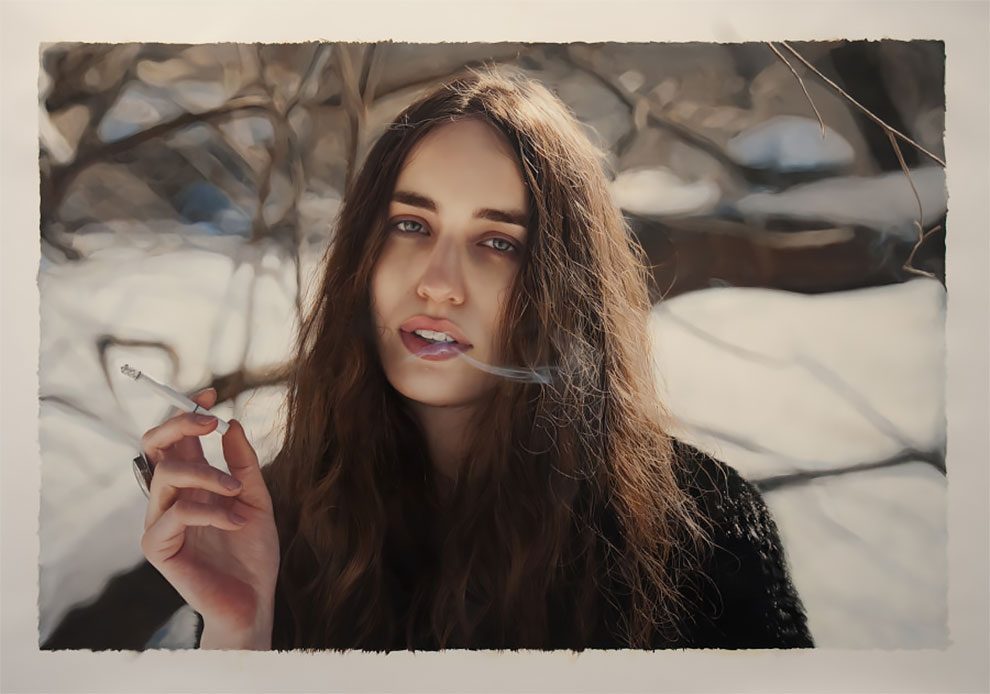 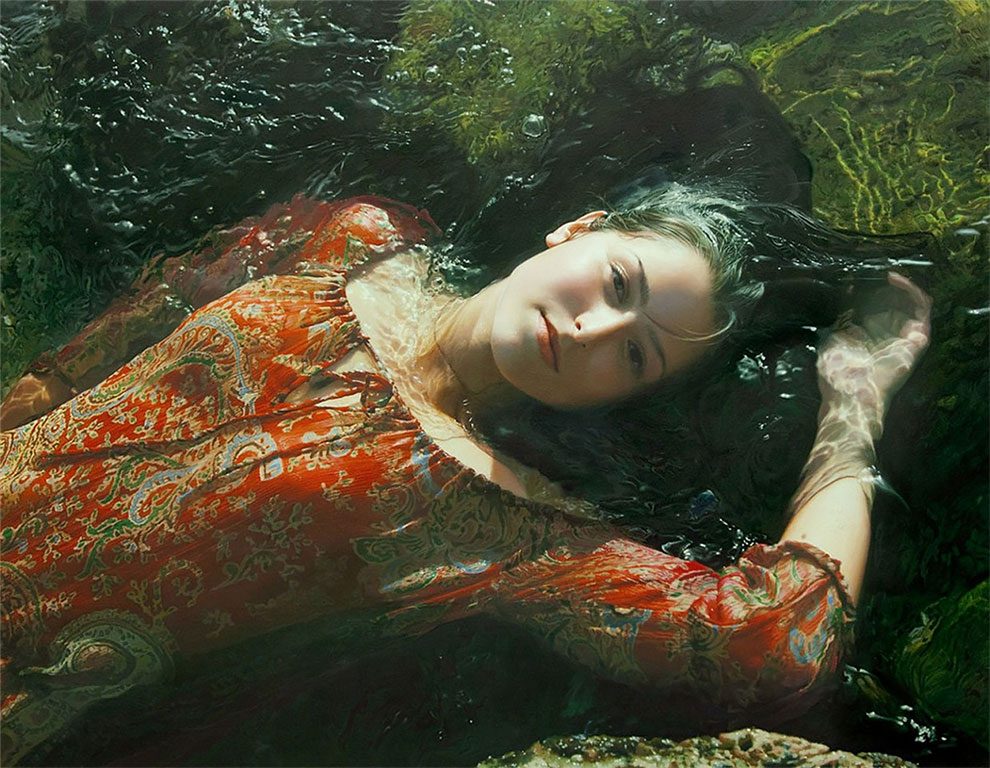 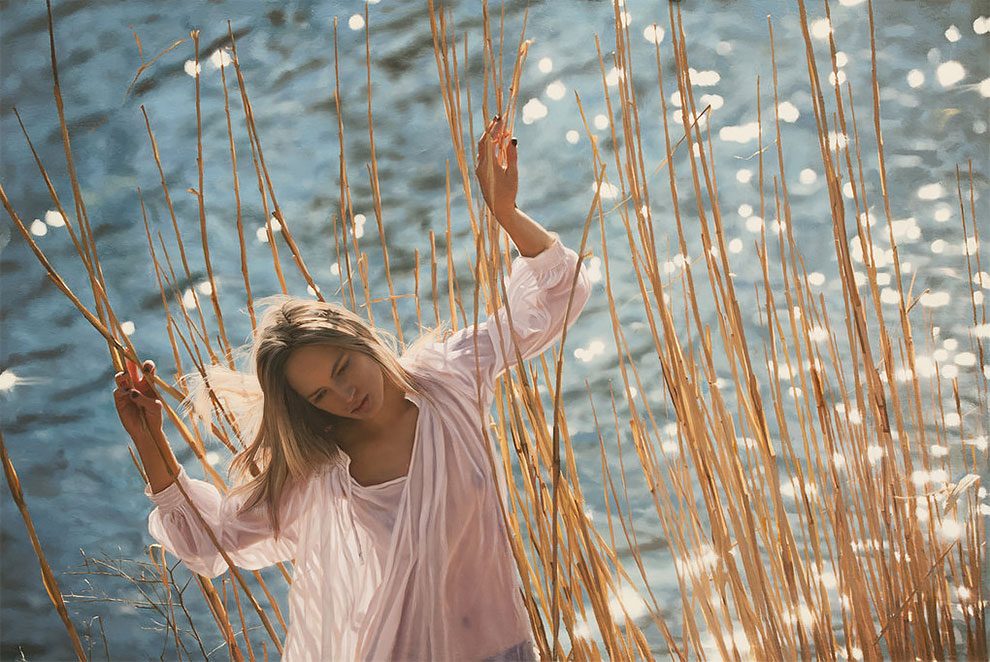 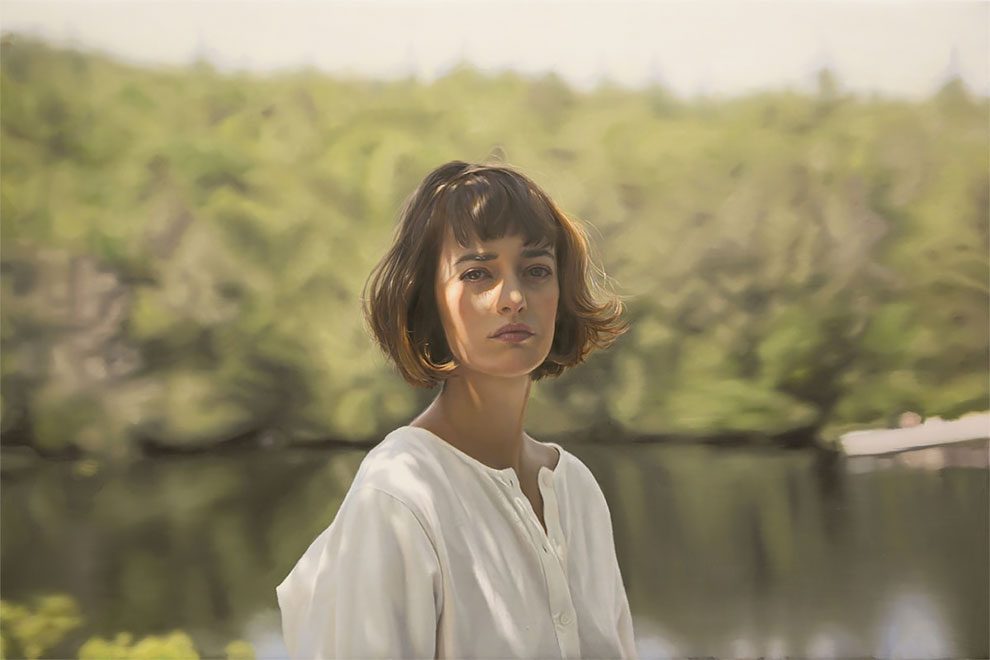 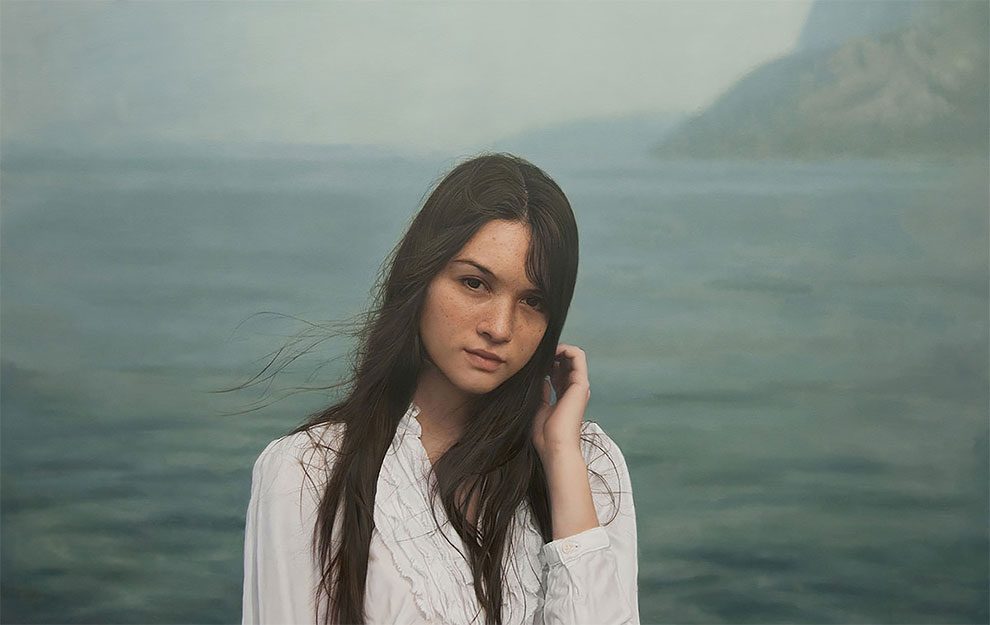 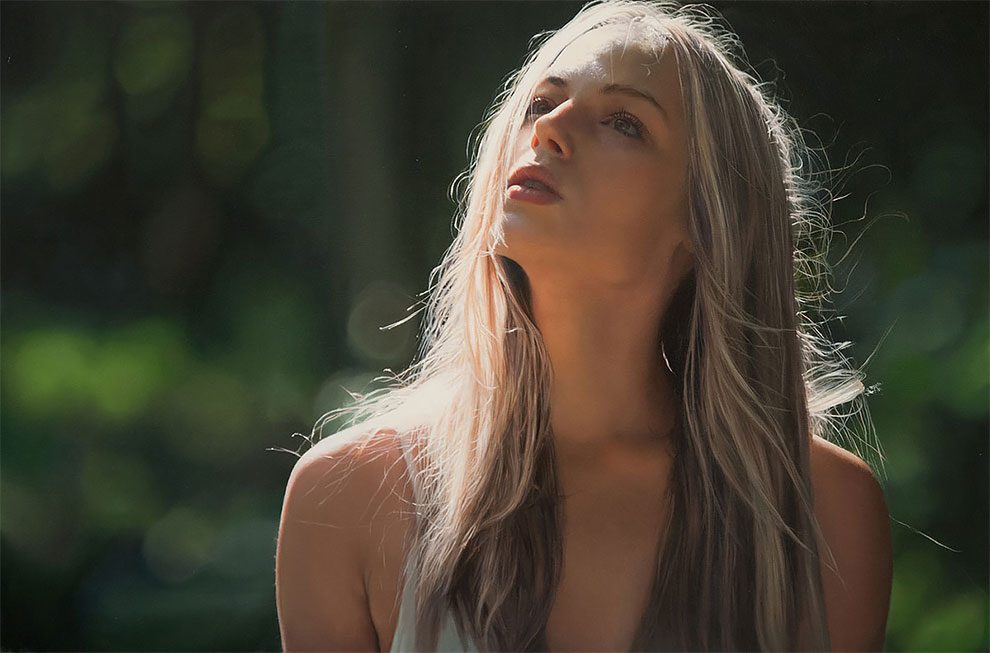 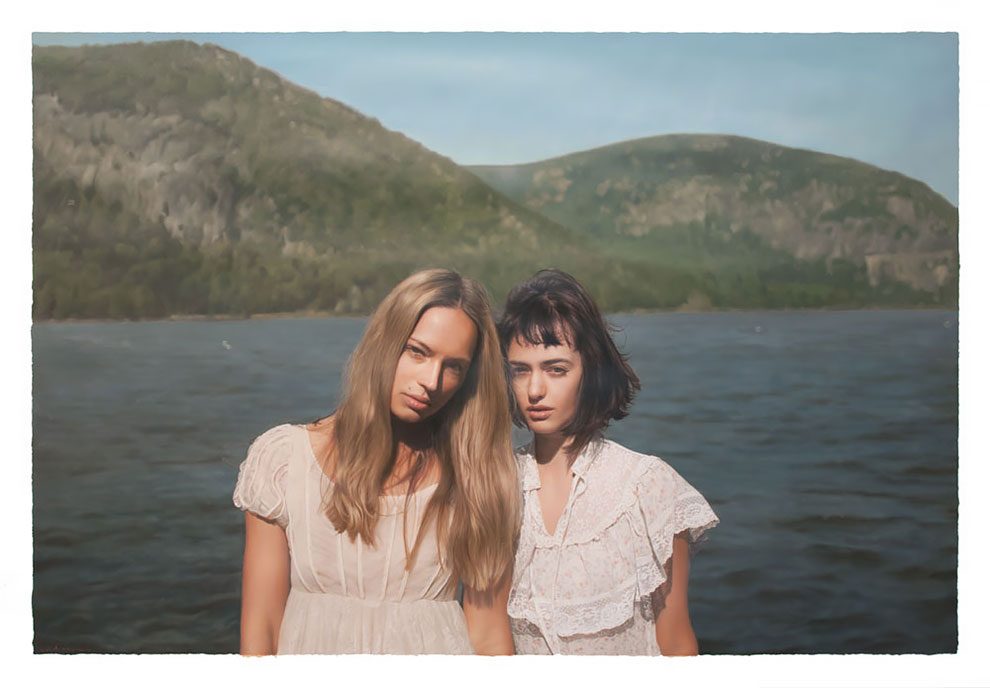 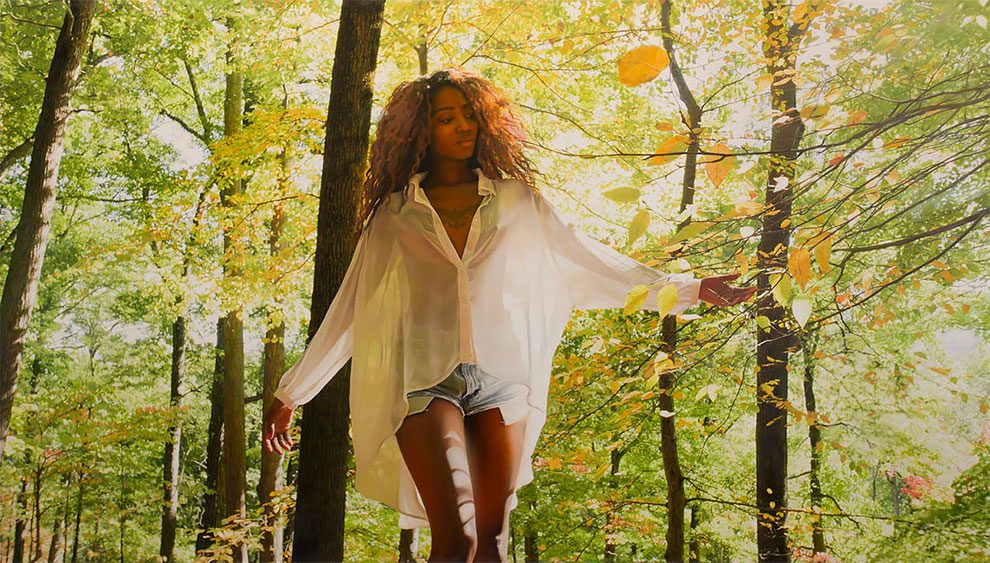 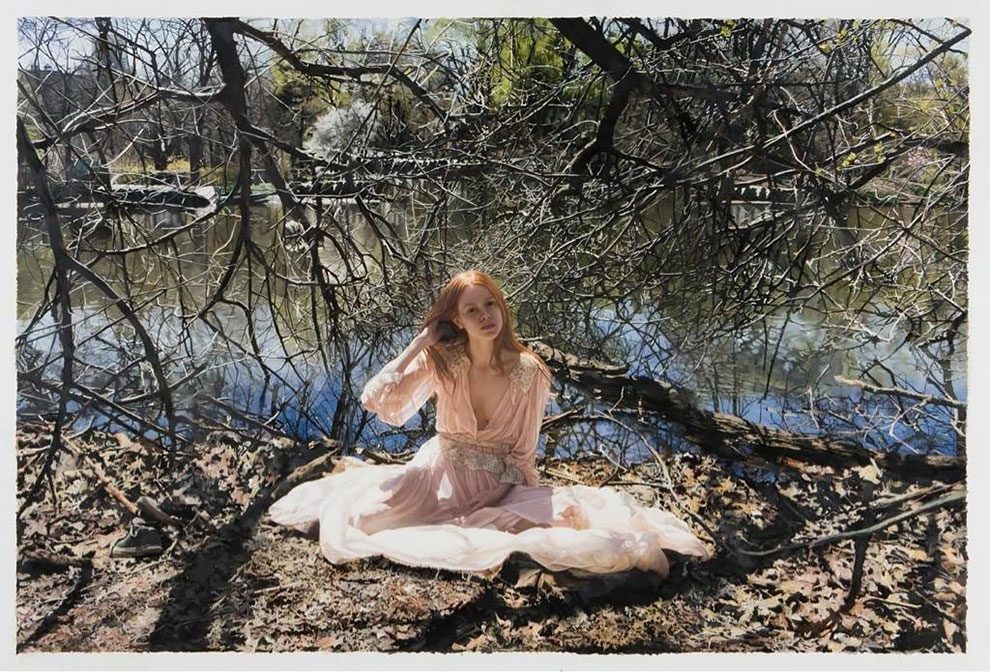 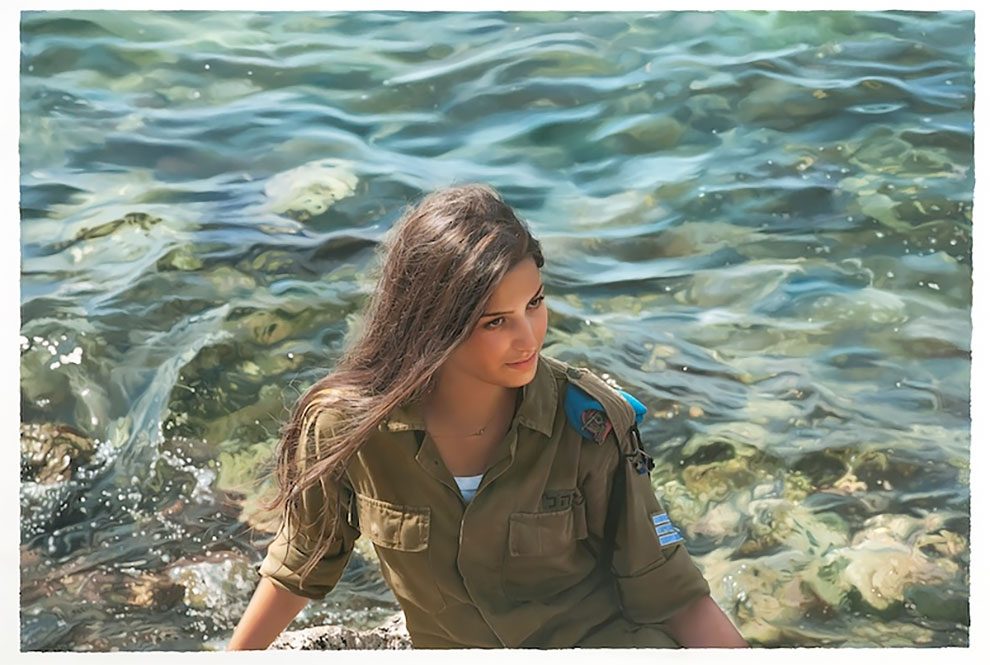 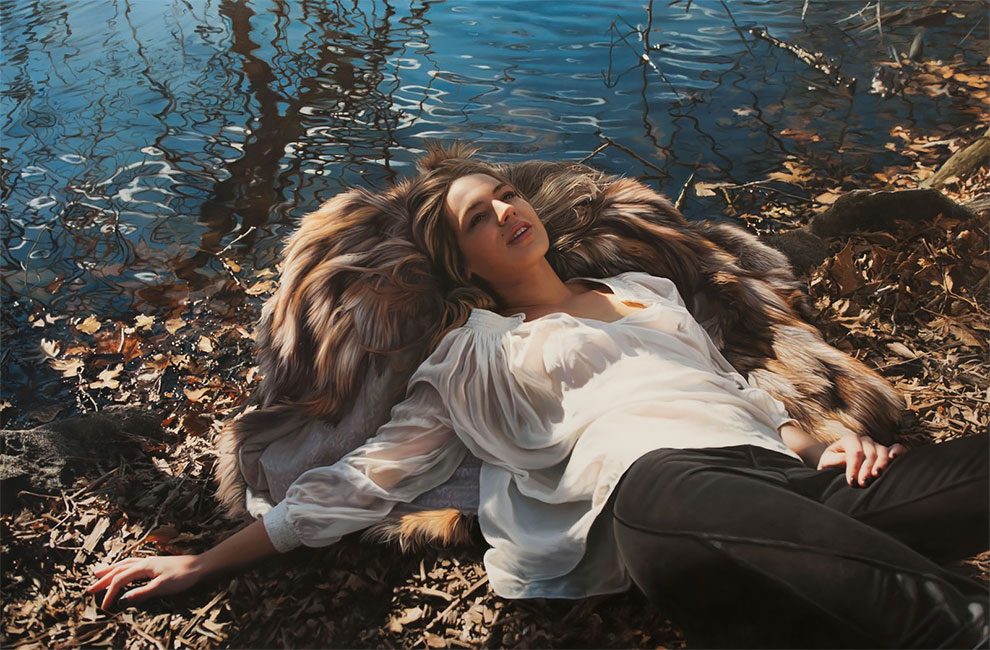 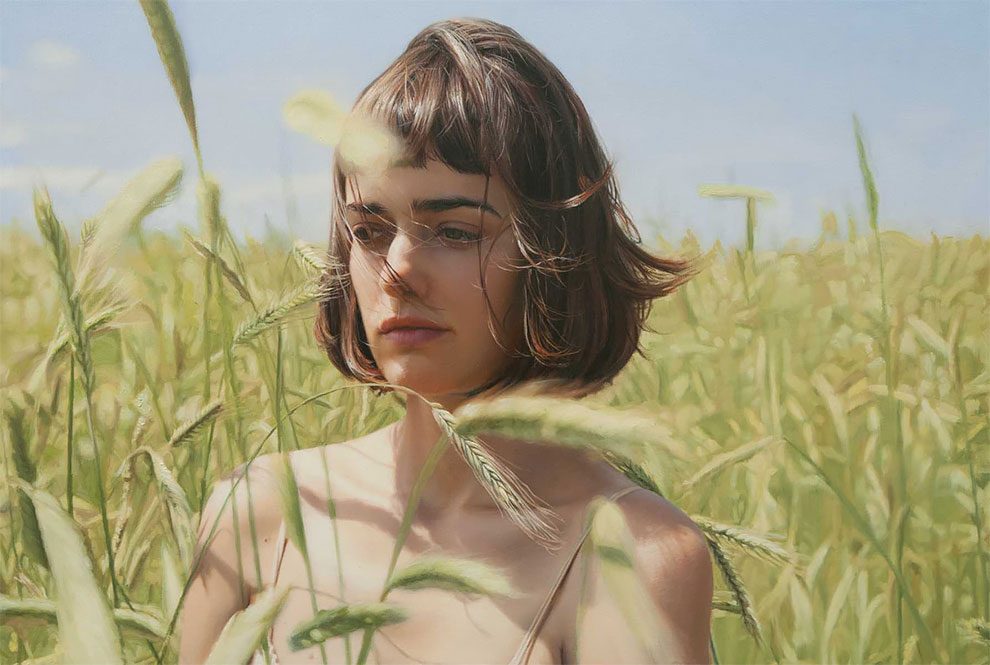 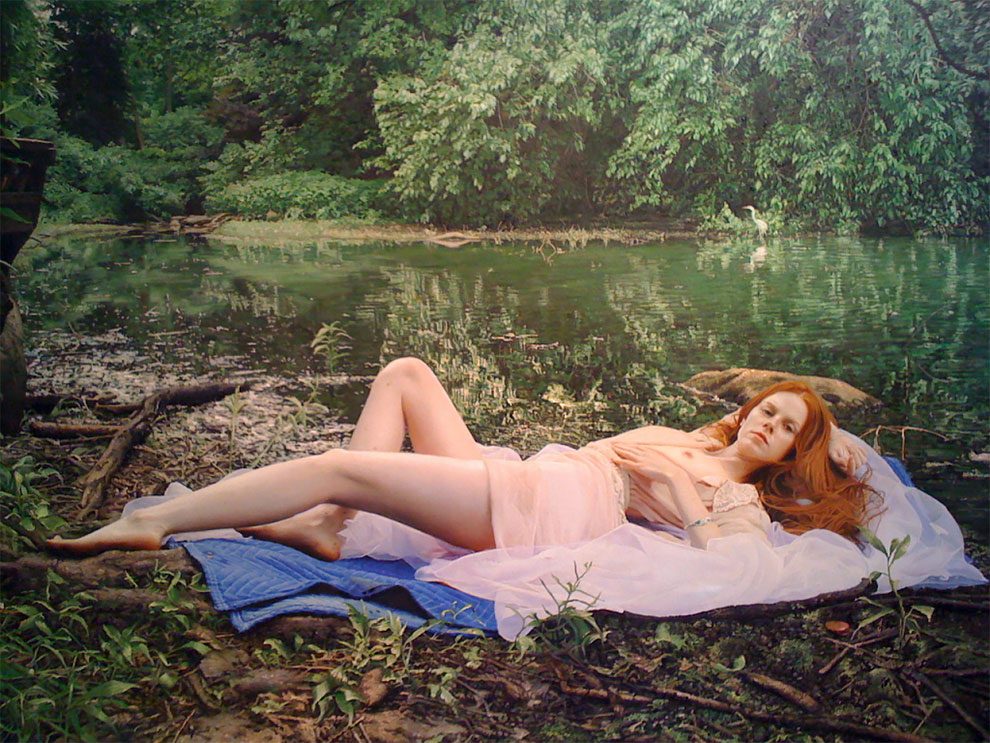 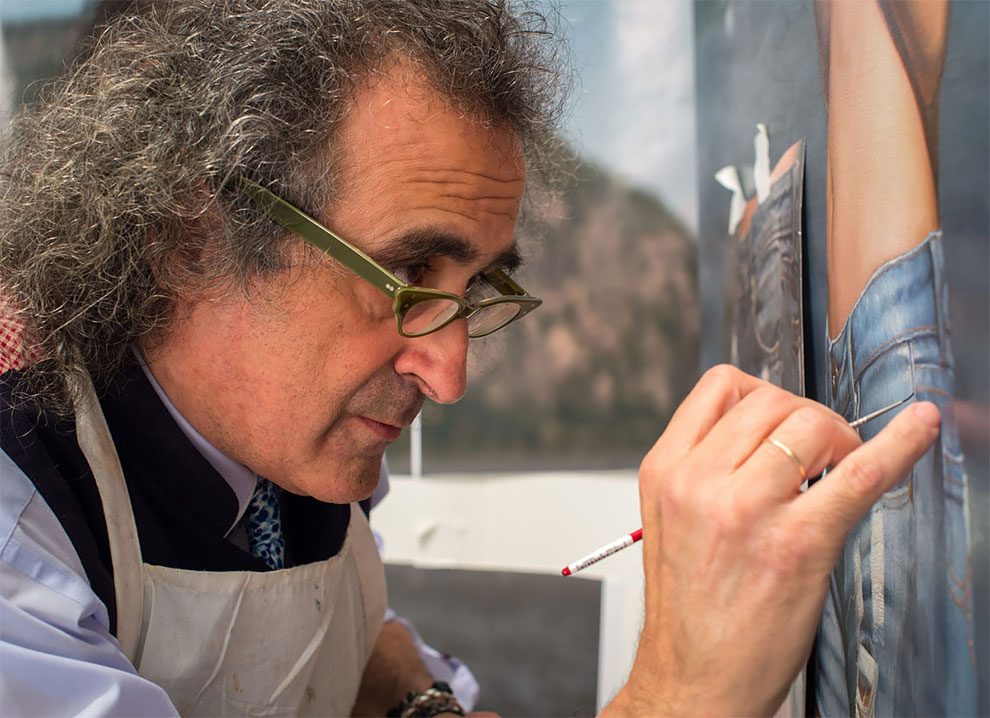 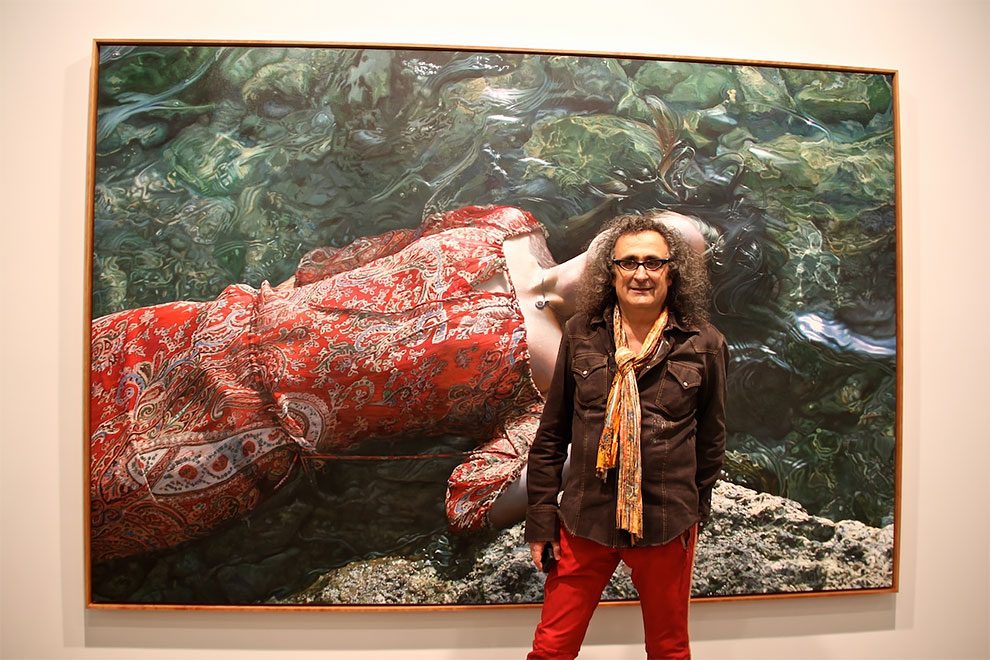