Beautiful Winning Photos From The 2020 Head On Portrait Award

The winner of the 2020 Head On portrait prize is Australian photographer Fiona Wolf, with her image titled The gift, RHW 2020. Here is a selection of photographs from the 40 finalists. 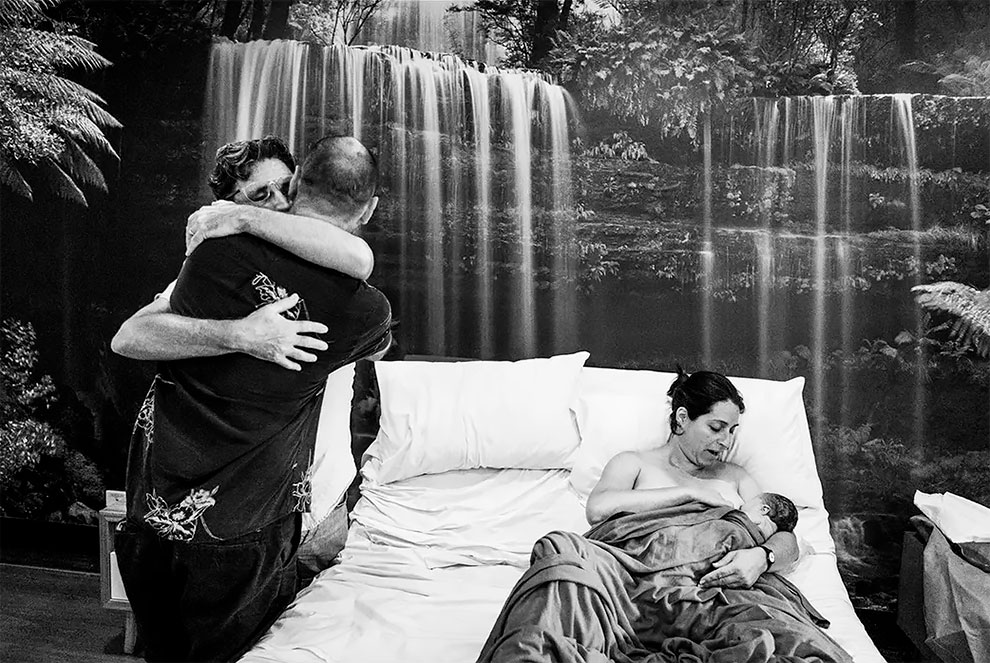 The Gift. A modern family story of a girl born by a warrior woman to two dads with the love and support of a wonderful family around them. Photograph: Fiona Wolf 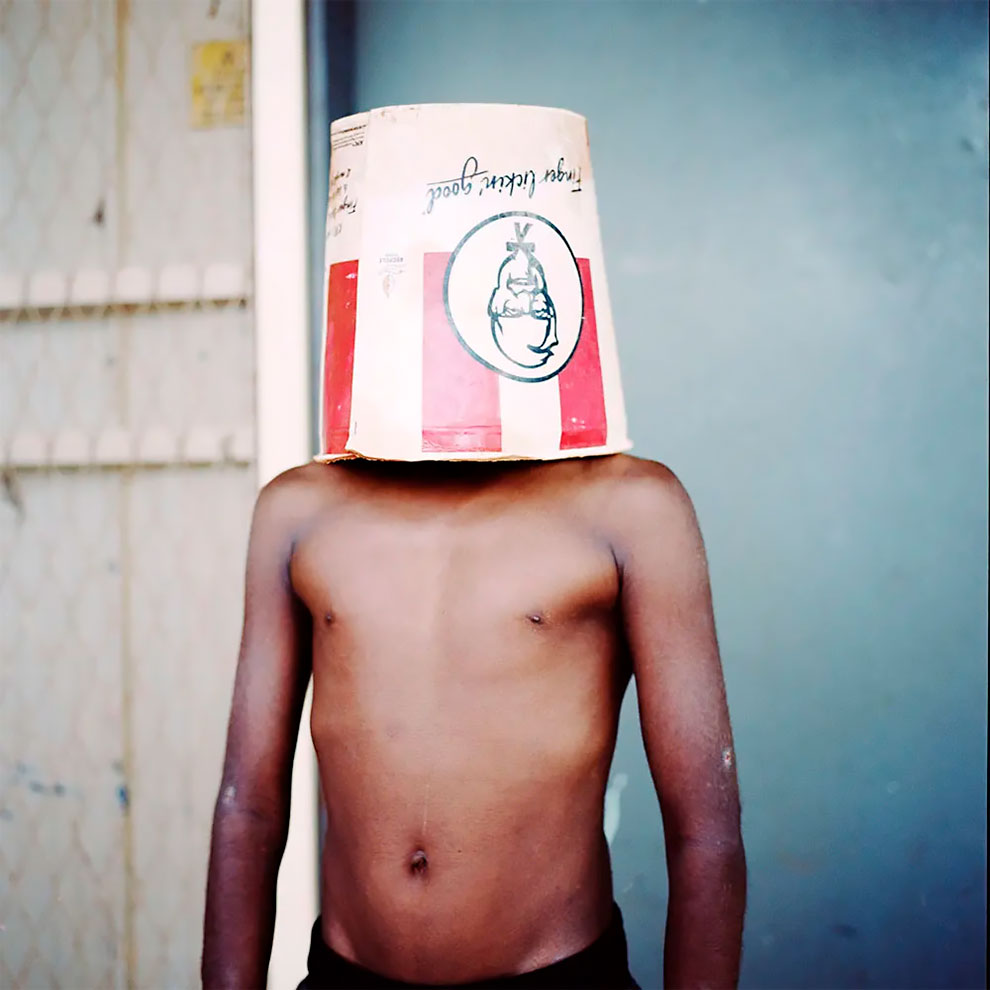 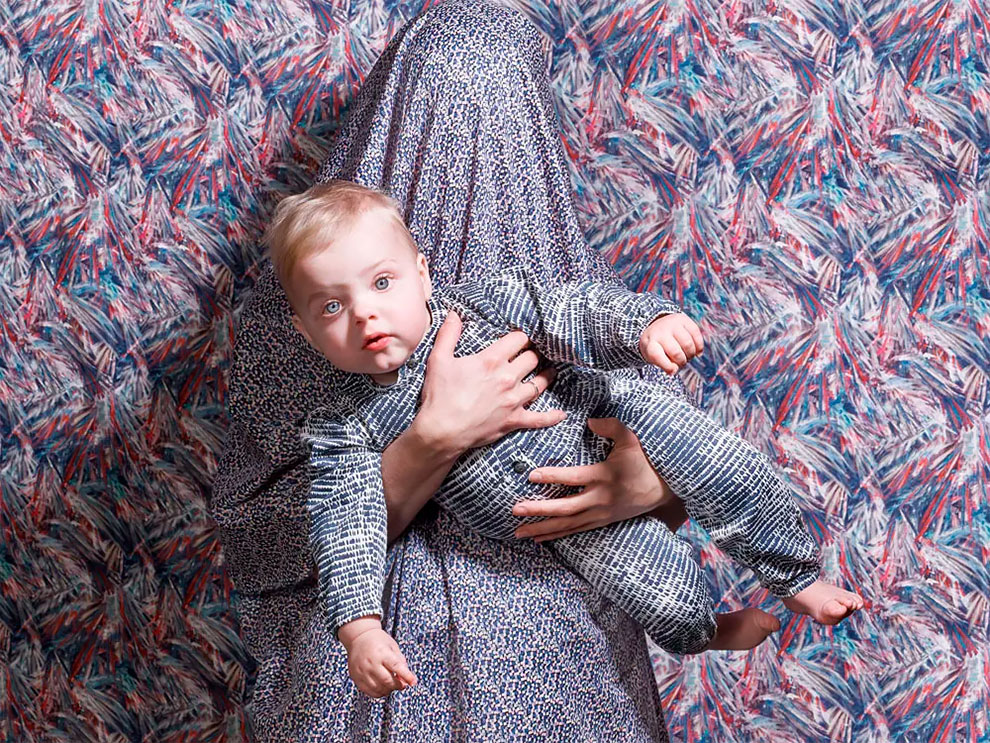 Egbert. International runner up. ‘I hid his mother under a cloth as Egbert felt safe in the arms of his caretaker, but was still the hero of the photograph. I first used this technique for portraits of cats and later I realised it had been used before. In the old days of long exposures, when children were just as squirmy as they are now, mothers and fathers were covered with decorative fabrics to keep the children in place and prevent blurry pictures.’ Photograph: Jouk Oosterhof 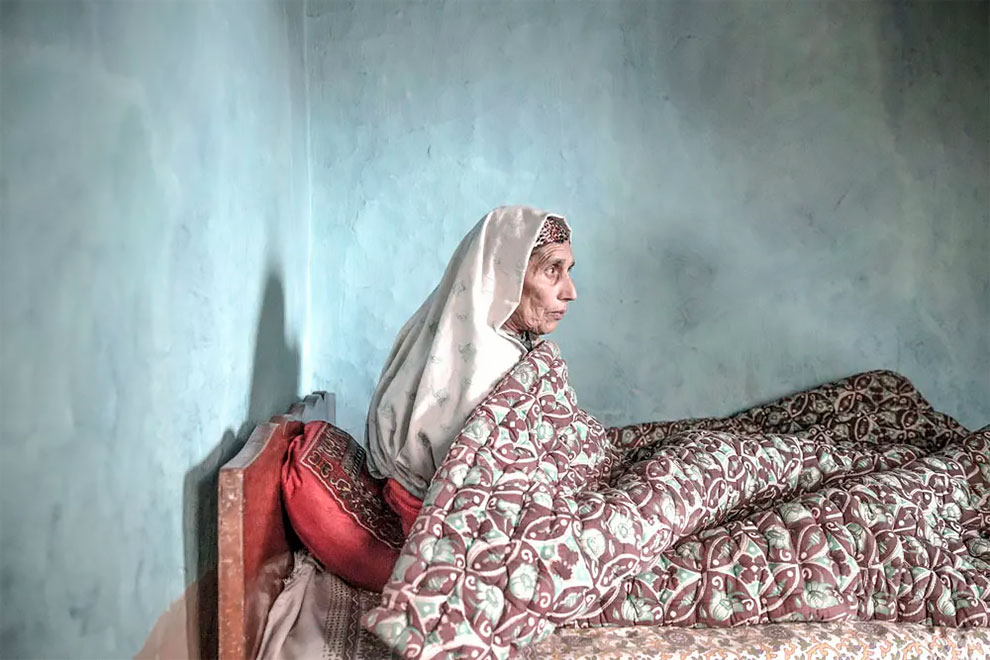 Kashmir’s Half-Widow. Shamla Begum was 53 when her husband, Fathiq Nargar, was abducted by unknown people on July 5, 1990. The conflict in Kashmir has given rise to a category of women known as ‘half-widows’. Photograph: Wei Tan 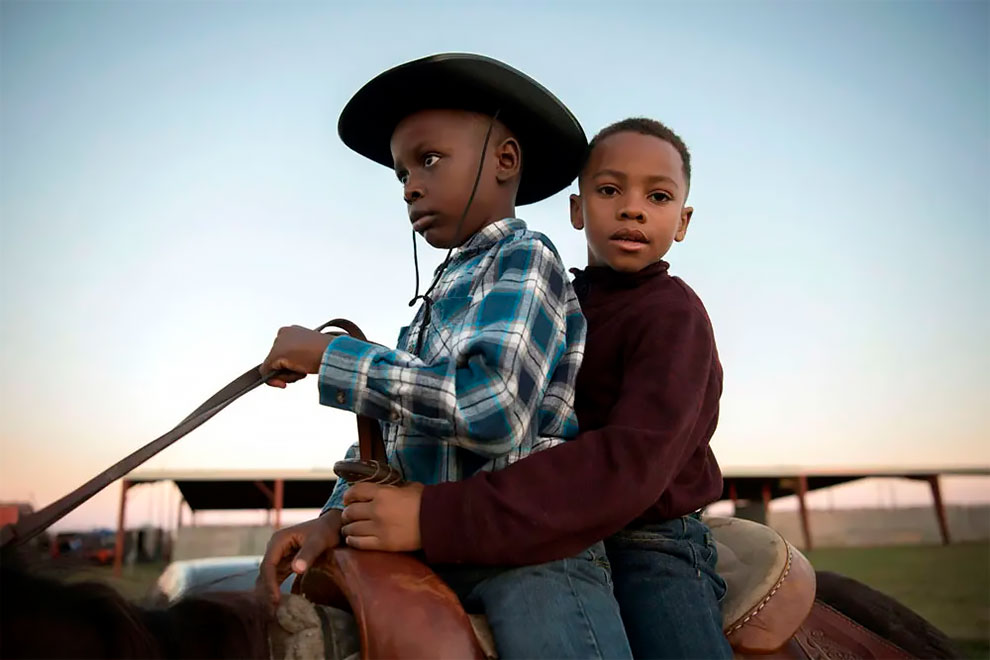 Young Riders. ‘D’Kamiyon Johnson, left, and Carlos Smith share a horse outside a rodeo in Greenville, Mississippi on 27 October 2018. This photo is part of my ongoing project about the overlooked subculture of African American cowboys and cowgirls where I live in the rural Mississippi Delta.’ Photograph: Rory Doyle 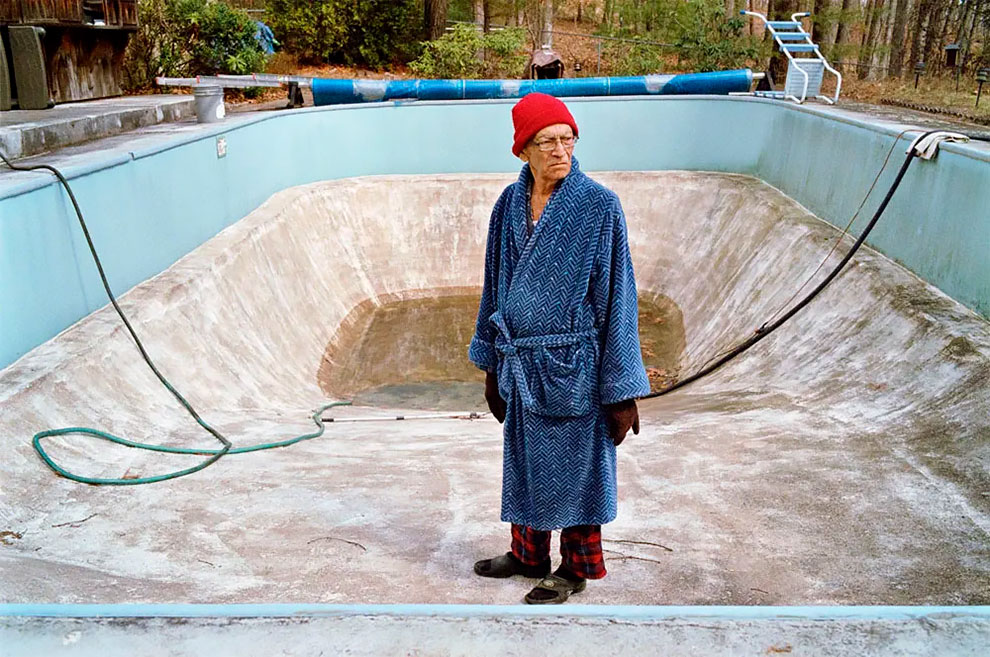 Our Childhood Swimming Pool. ’My father had just finished raking the leaves out when I made this portrait of him in the childhood swimming pool. He still tends to it even though it’s no longer used. Here it lives in a continuous state of decay. This pool is where he taught me how to swim when I was one and a half years old. This is the pool where so many home videos were made. This is the state of the pool now, and has been for years. I made this portrait after not seeing him for eight months.’ Photograph: Vikesh Kapoor 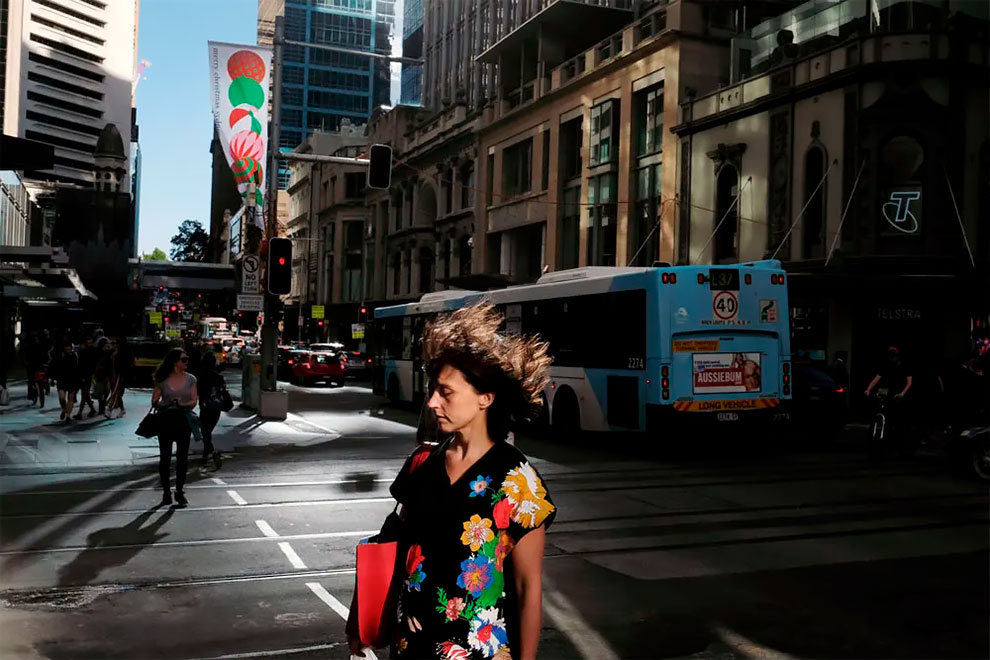 King Street, 2018. ‘From the series In visible light. It is a personal project that interrogates my perceptions and experiences of living in Sydney – a city where the cost of living has never been higher and the sense of anxiety never more acutely felt.’ Photograph: Sam Ferris 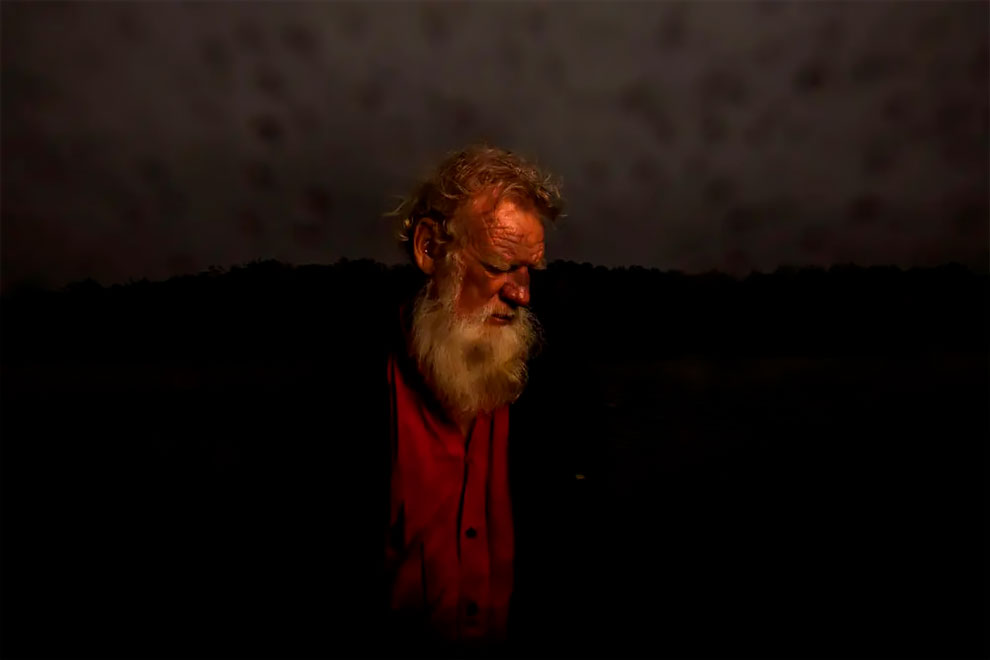 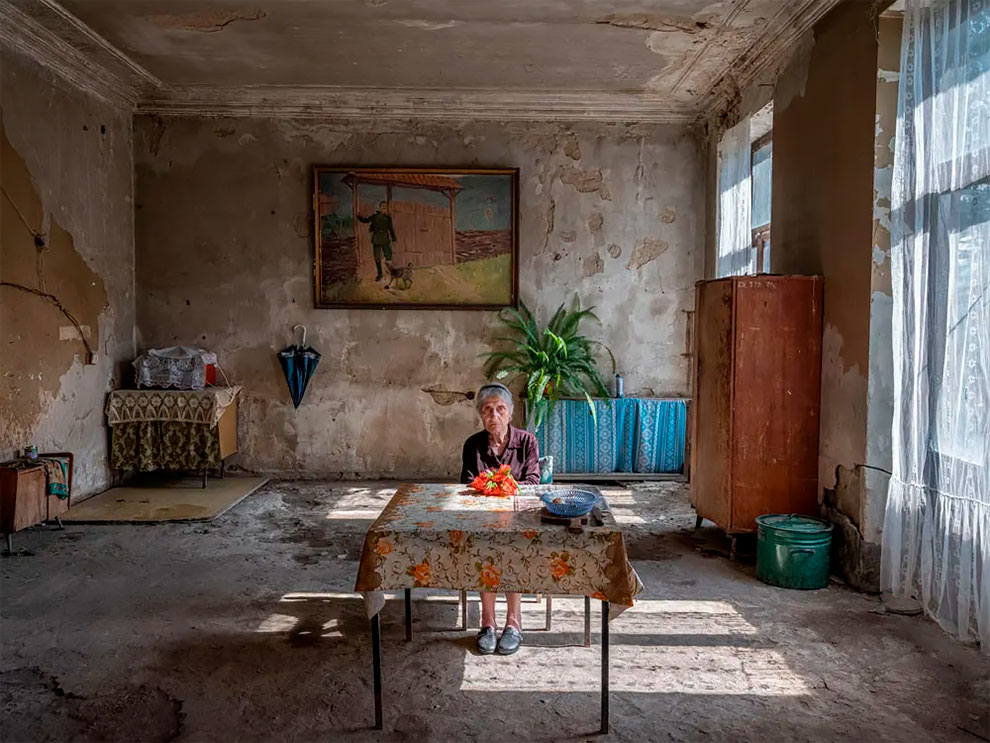 Blackout. Merry is one of the victims of the 1992 war in Abkhazia. Her brother and her 53-year-old husband were both murdered by Abkhaz separatist forces. With a wounded leg, she escaped and hid in a forest for two weeks. At the end of the war, separatists decided to empty Abkhazia of Georgians by trucks. Merry joined this group and, after traveling a long way, she reached her new home in Tskaltubo. Since then, she has lived alone in a small room inside a huge abandoned building. Years ago, in the Soviet Union era, it had been a famous luxury sanitarium. Photograph: Hossein Fardinfard 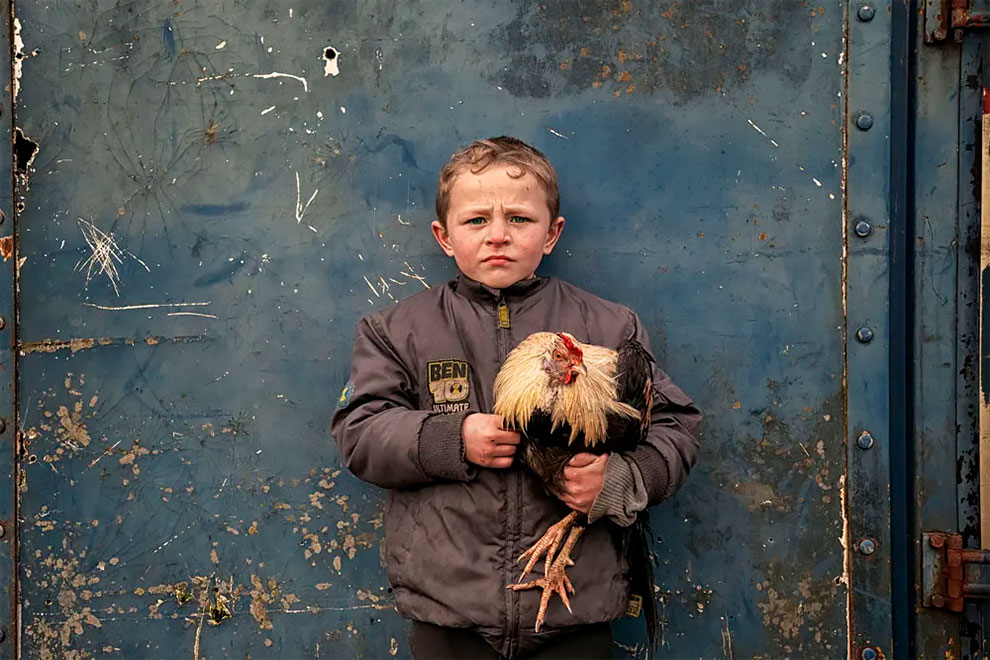 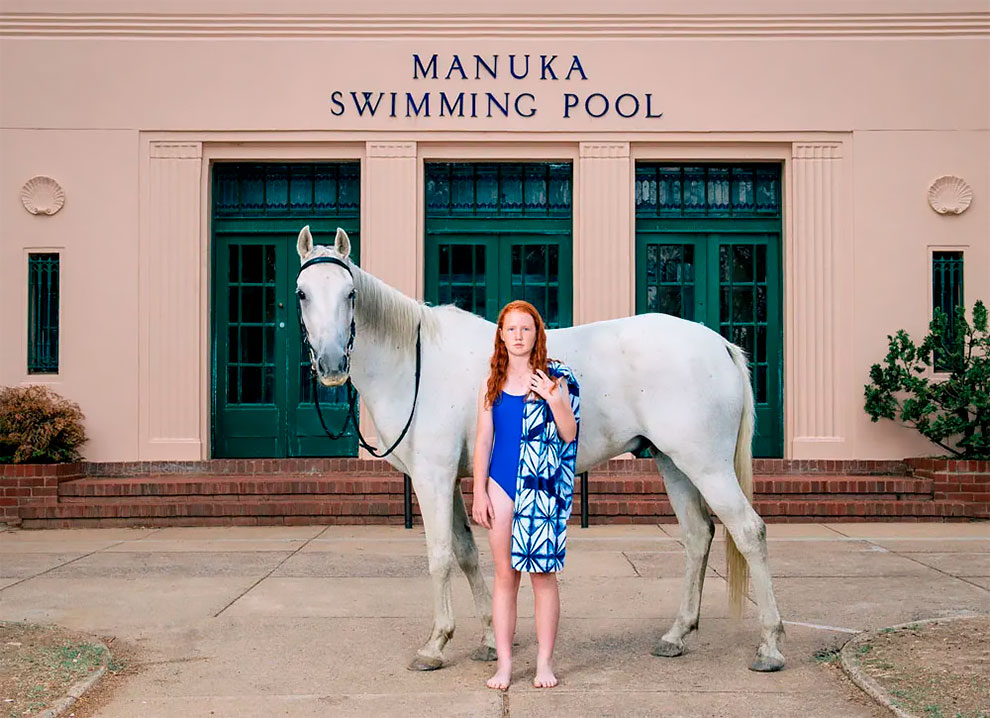 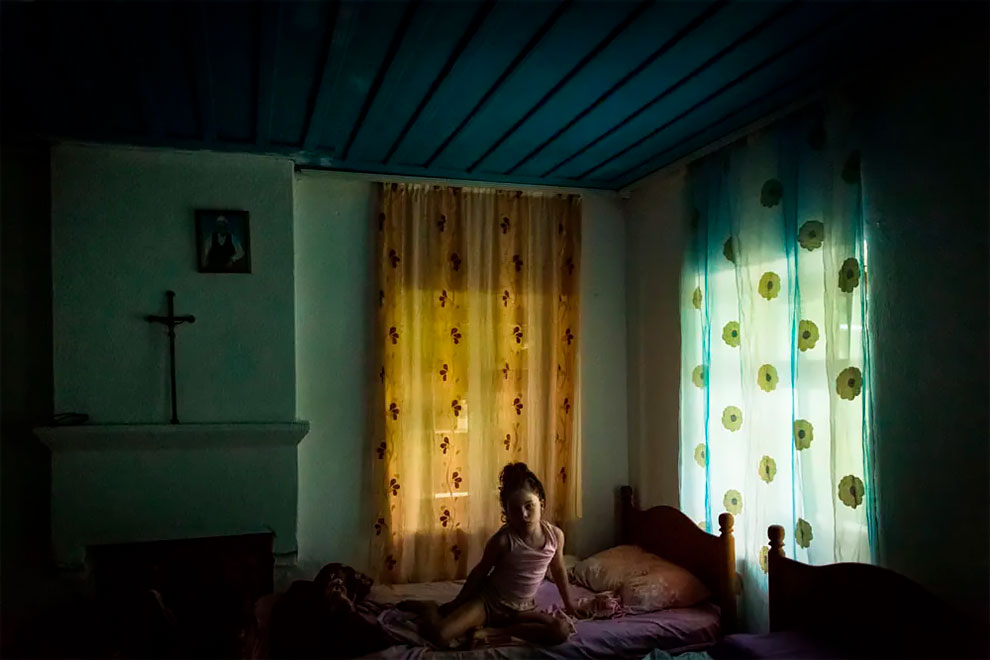 Foreign Places. ‘Seeing my daughter here took me back to my first experiences of travel – staying in bedrooms so different from home. These in-between moments fascinate me: waiting in strange places; long pauses we don’t normally experience in day-to-day life; our senses heightened by cultural differences. We had stayed overnight in a private home in a frugal room on a remote lake in Albania. My daughter had just woken. She recalibrated her senses in this strange, isolated place.’ Photograph: Cathy Ronalds 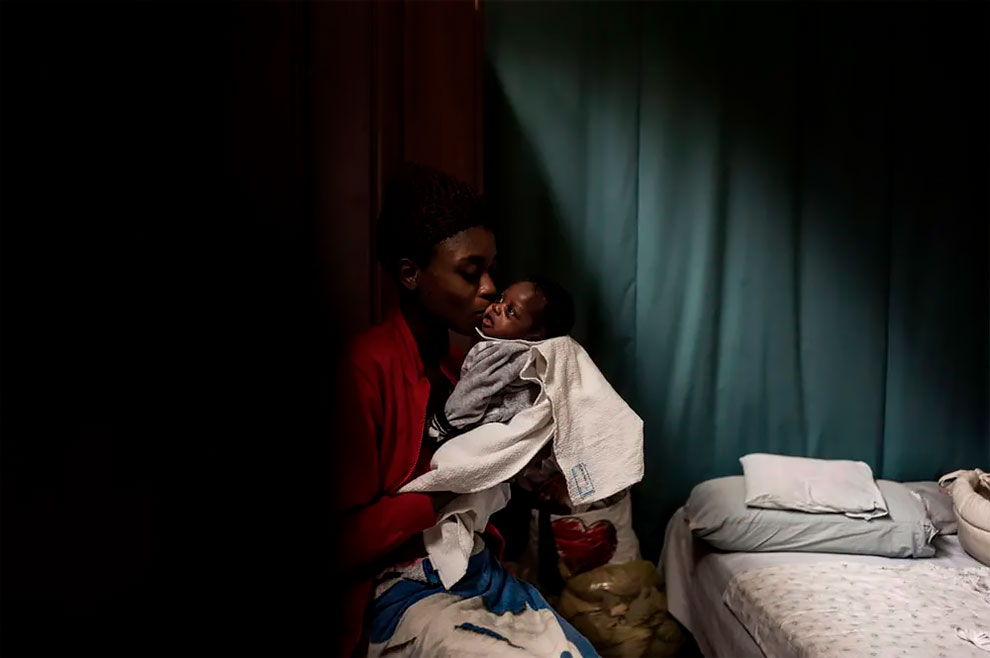 Motherly love. ‘Angela comes from Nigeria. At the end of December 2017 she gave birth to her first child, Gift, at Sant’Anna hospital in Turin. Angela had a premature delivery and she had to remain in hospital for longer due to her daughter’s medical condition.’ Photograph: Federico Tisa 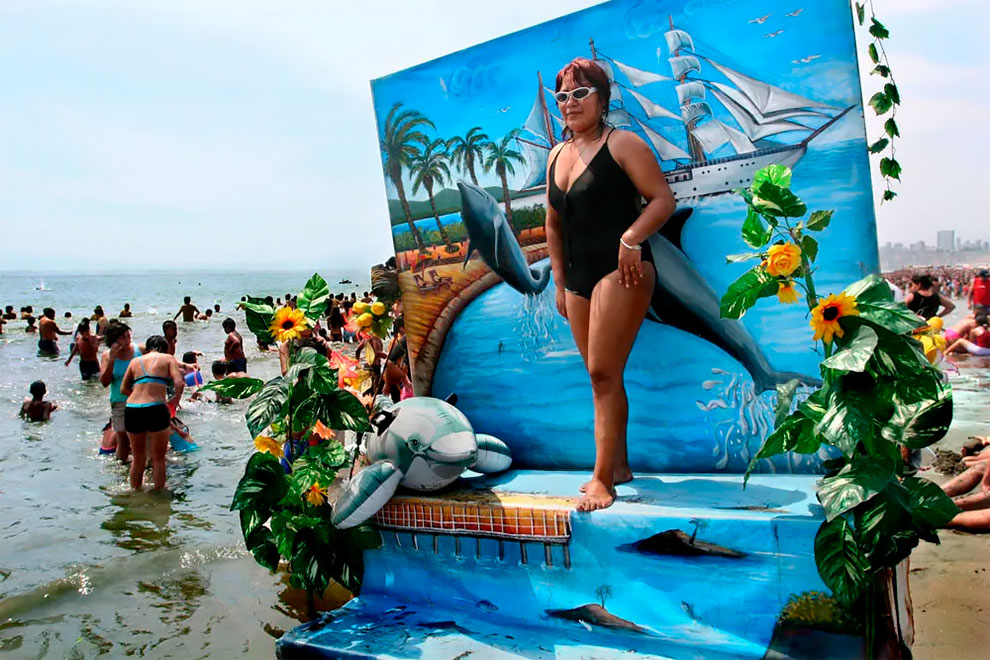 The beach portrait. A woman poses for a portrait in a fantastic stage, located on Aguadulce Beach, the most popular in the coastal city of Lima, Peru. Photograph: Adrian Portugal 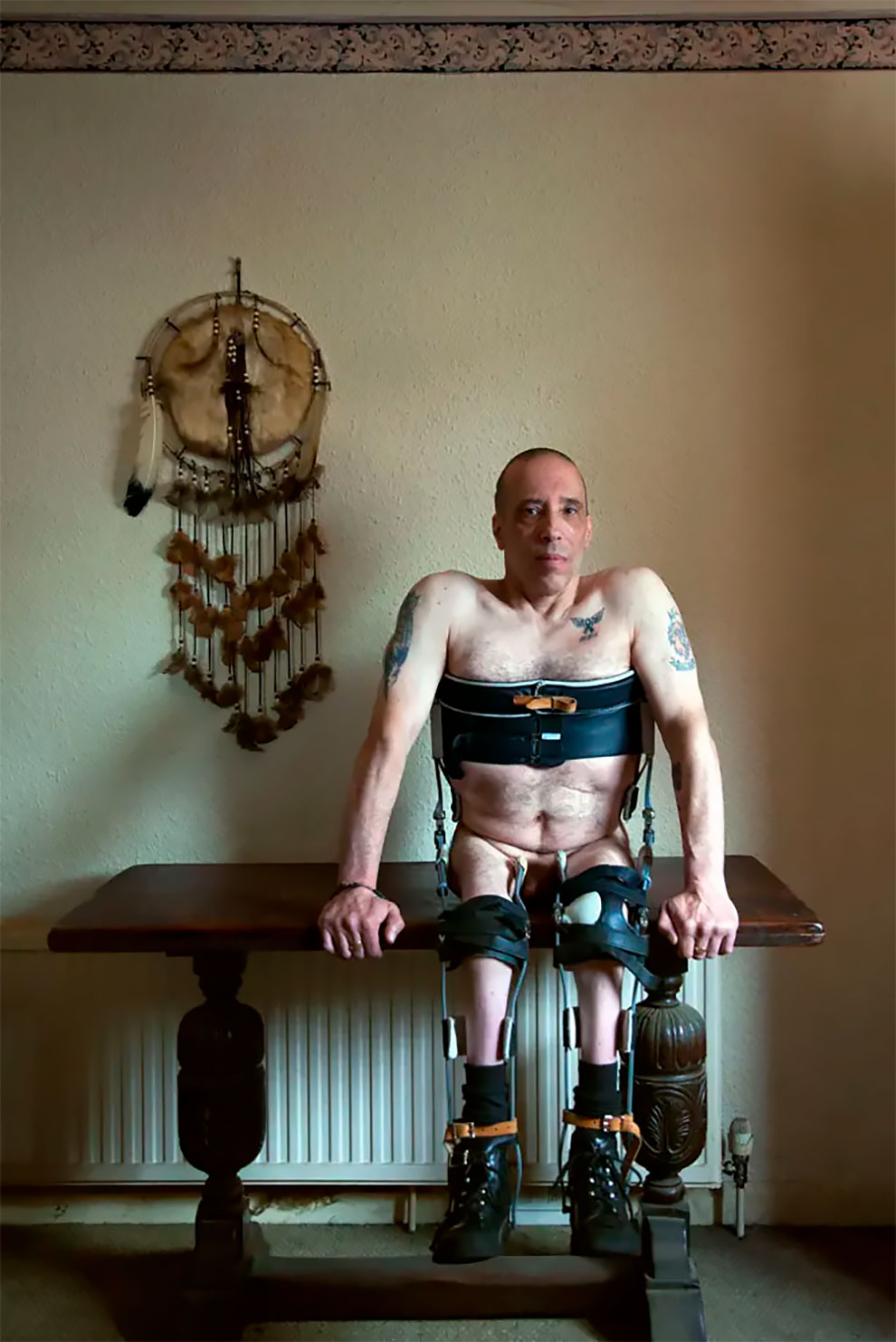 Pete. Pete says that he is not perfect in many ways, but he is proud of the body that he has been given, scars and all. Photograph: Anastasia Trahanas 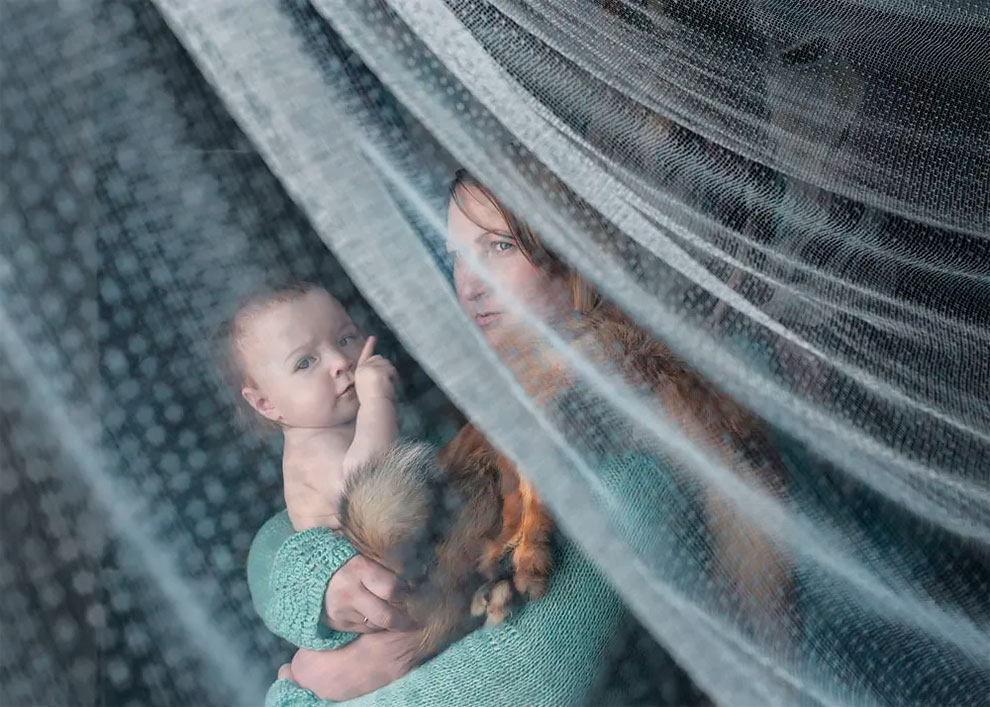 Madonna and child. ‘The mother of four is holding her daughter. The girl, who is 10 months old, is playing with fox skin. The family is interethnic: the mother is Russian and father is half Tungus. Taken in the Katangsky District, Irkutsk region, Far North of Russia, 2016.’ Photograph: Elena Anosova 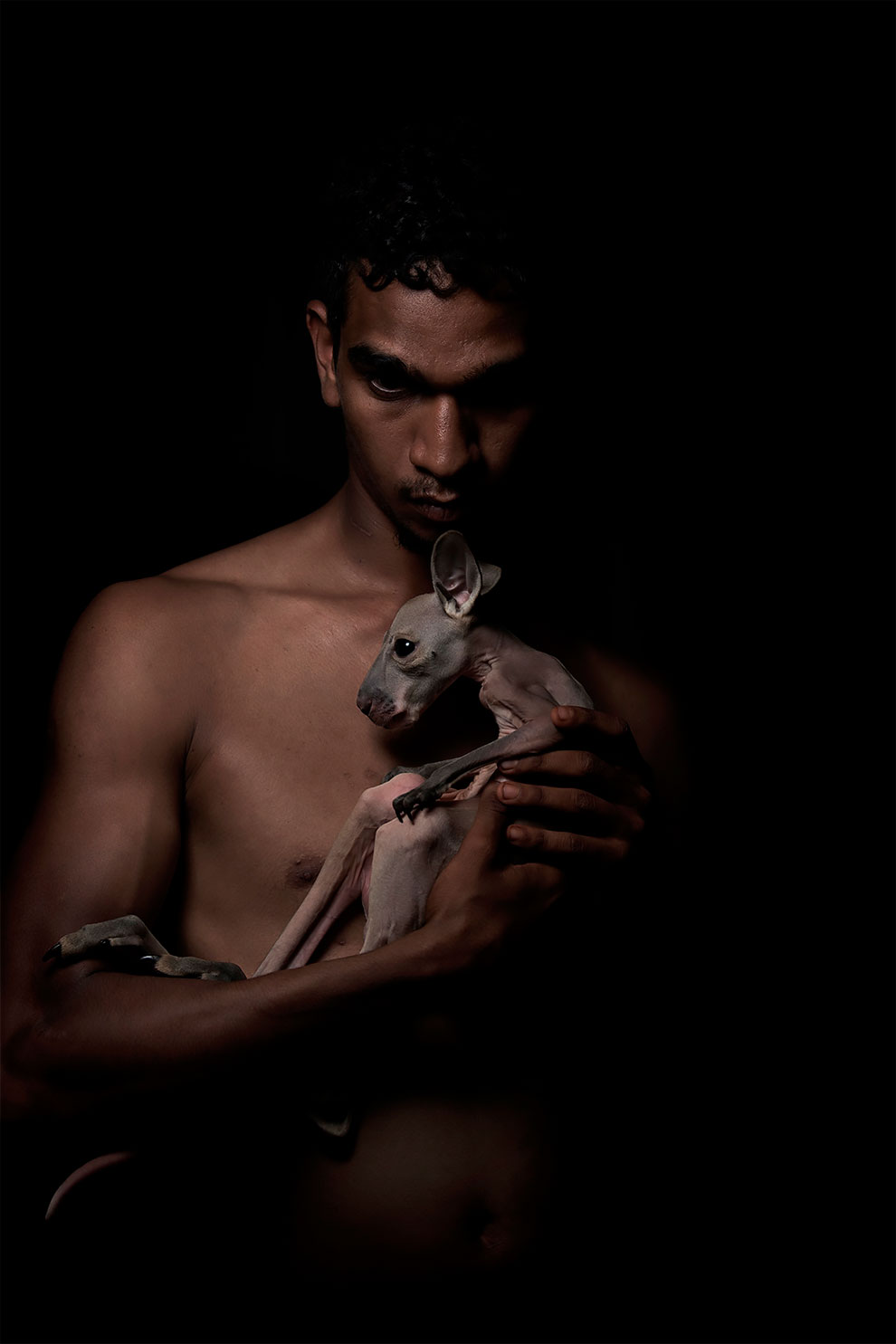 German Couple Finds The Filming Locations Of Movies And TV Series In Real Life And Recreates Their Scenes
42 Wonderful Behind The Scene Photos From Classic Movies
Incredible Vintage Photographs From The Gibson Archives Of Ships Wrecked On British Coasts
Russian Photographer Makes Astonishing Photographs That Reveal The Beauty Of Russian Cities
Japan Cords
Chinese Women Use These Swimsuits To Keep Their Skin White
The Extending Mini-Skirts In Paris In The Mid-1960s
Night And Day: Striking Street Photography In Japan By James Takumi Shyegun
Dressed In Love: A Photo Project Showing That Marriage Does Not Destroy Individuality, But Reinforces It
Transforming Subway Passengers Into Renaissance Paintings
Photographer Puts Everyday “Selfies” to Shame
Beautiful Black And White Photos Of A 18-Year-Old Madonna Taken By Cecil Taylor In 1977
2014 National Geographic Photo Contest, Week 9, Part 4
"Transcedence": Mind-Blowing Surreal Photo Manipulations By Joanna Keler
Experimental and Abstract Photography by Angela Allison
Best Photos of Mountain Summit Contest 2011
Daredevil Photographer Captures Outstanding Cityscape Views Above The Rooftops Of Shanghai
Cool Pics Defined Fashion Trend Of Young Women In The 1990s
Close Up Pictures Of Tennis Players Just Look Like People Trying Really Hard To Control Their Telekinetic Power
This Set Of Pictures Were Provided By The Dupont Circle Hotel In Washington DC And Dramatically Brought To Life After Colourisation
Japanese Photographer Captures Stunningly Gorgeous Photoshoot of Tokyo Station During a Typhoon
This Instagram Account Documents a World of Anonymous Street Style in New York
The Superb Black And White Photography By Jason M. Peterson
Photographer Adrienne Salinger’s Series Of Teenage Bedrooms From The 90s
Spectacular Winning Photos from The Weather Photographer of the Year 2020 Awards
New Species of Monkey with Unusual Coloring, 'Human Like' Eyes Found in Congo
Vibrant Life Of 1970s Harlem As Photographed By Jack Garofalo
Alone Together: Photographer Portrays Ordinary People In Their Homes In A Downbeat And Ultra-Stylised Manner
Photo of the Day: Breakfast In Bed
Reuters Pictures of the Year 2014, Part 1
contest, portraits, winners