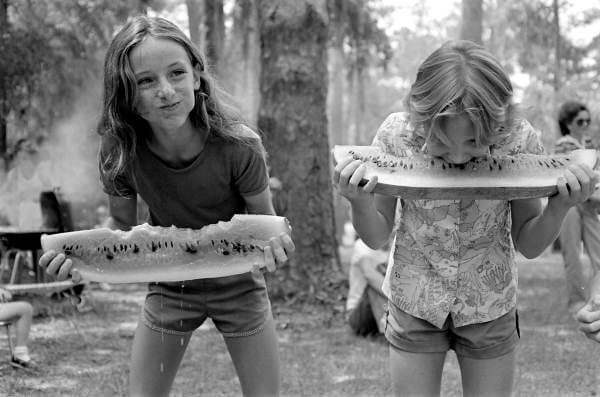 I’ve always liked the vintage photos. It seems to me that I can peek into the lives of people who lived dozens of years ago and just from a capture, I can build an entire novel in my mind. For example, there are 5 people wearing hats and suits and playing cards somewhere on a public place.

I can stare at that picture for hours, examining every detail and trying to place it somewhere in our history. These 17 vintage photos taken from the public archives are meant to convince you, also, that you can discover a thousand things in a picture if you look close enough. You can learn about places, people, their activities, their clothes, even their well-being from these vintage photos.

Some of them portray normal people, some of them captured important moments in the history of man, personalities and events. We say these 17 photos will provide a good journey down the history lane for a history and antiques enthusiasts. Are you excited?

191…something. Farmer and dog on a farm in Port Alberni 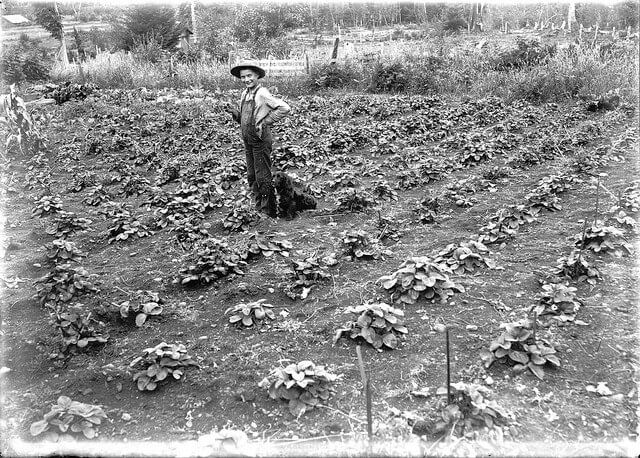 April 25, 1923. Haskins & Elliot Bicycles exterior
You could get: equipment and supplies, maintenance and repair and parts. 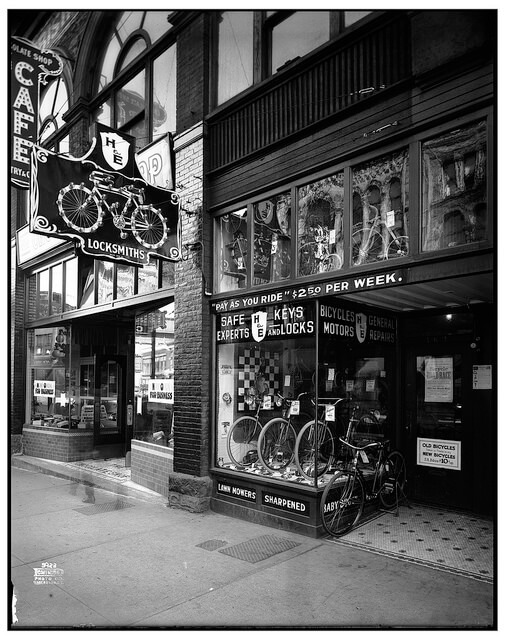 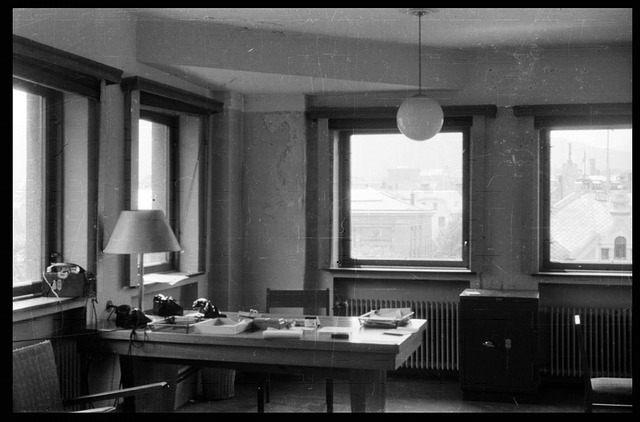 May 25, 1965. Saturn SA-8 Mission Launches Pegasus 2
This is when they delivered three satellites into low-Earth, meant for studying the frequency of micrometeorite impacts on spacecraft. 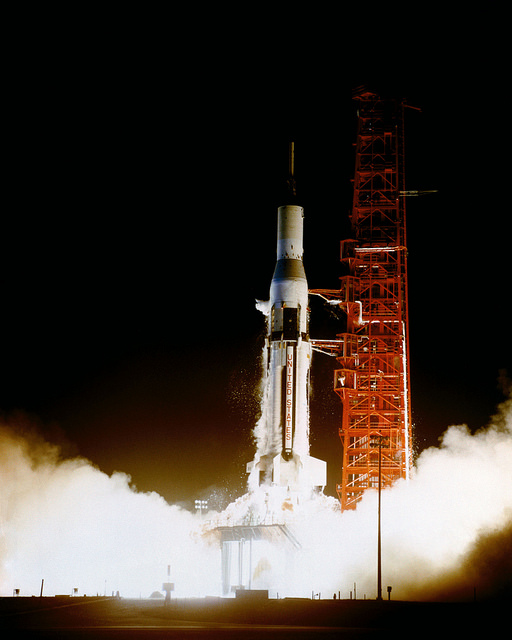 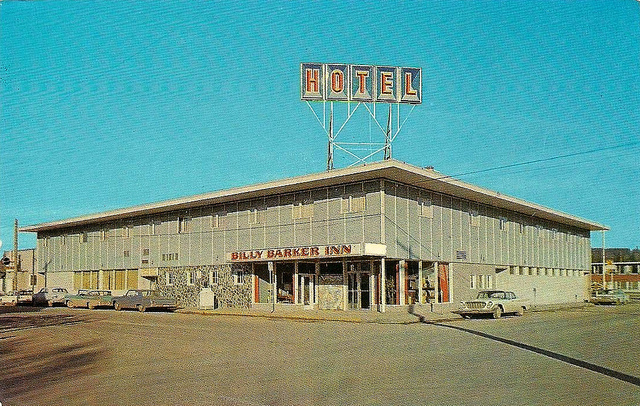 August 6, 1973. Alan Bean – Skylab Spacewalk
This is a really genius picture. You can see Astronaut Alan L. Bean, the commander of the second Skylab crew, take place in the last extravehicular activity of that mission. The picture was taken by astronaut Owen K. Garriott and you can see his reflection in Bean’s helmet. You can also see the Earth there. How cool is that? 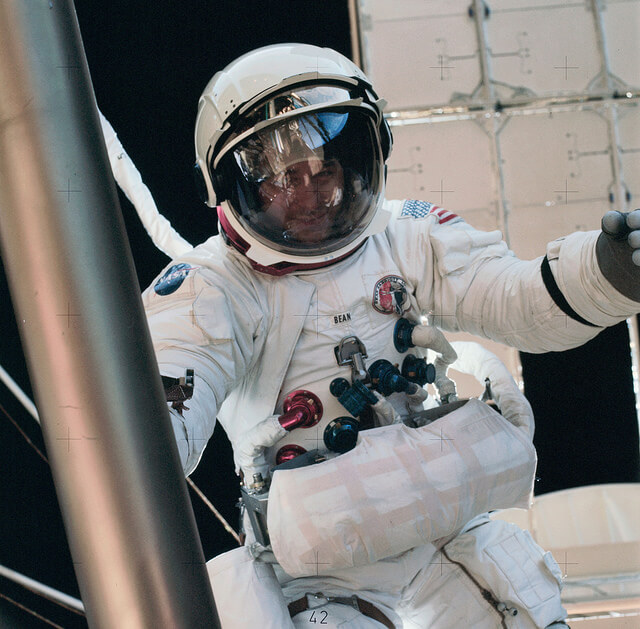 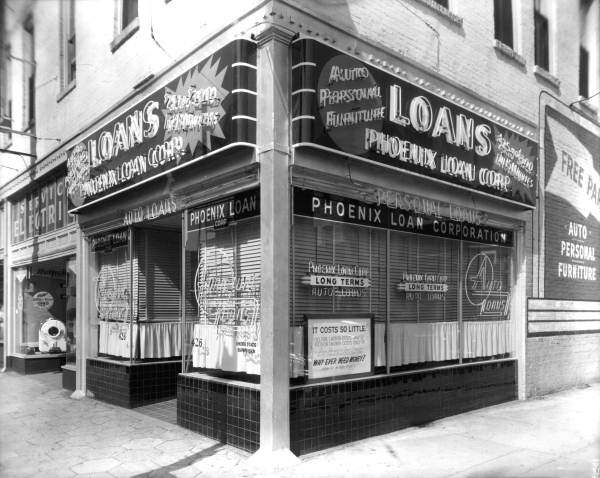 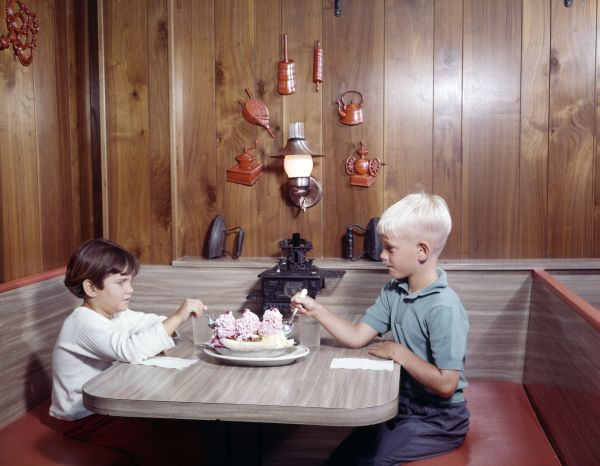 April 21, 1972. Orion on the Moon
A day in the life of Astronaut John W. Young, commander of the Apollo 16 lunar landing mission 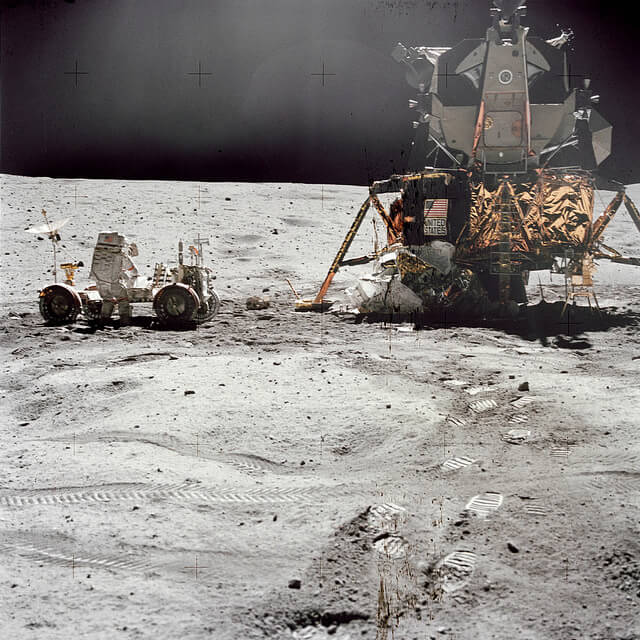 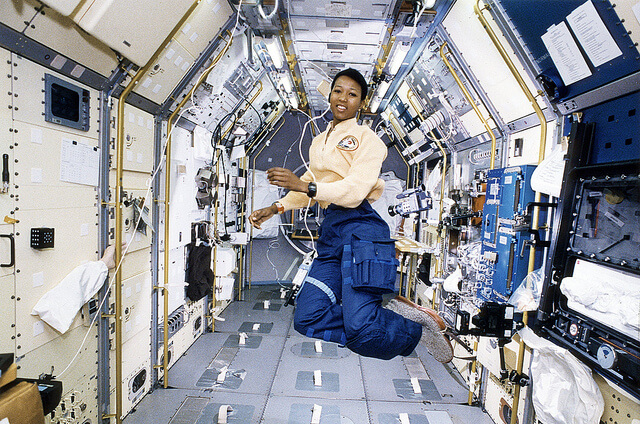 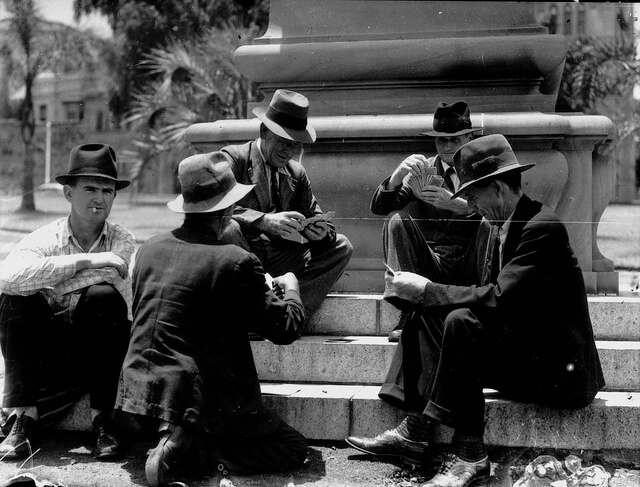 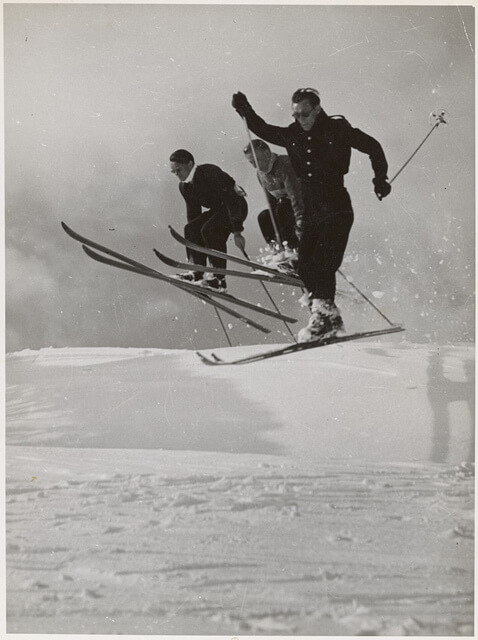 Billy Day at 9 years old, on a flying jump turn 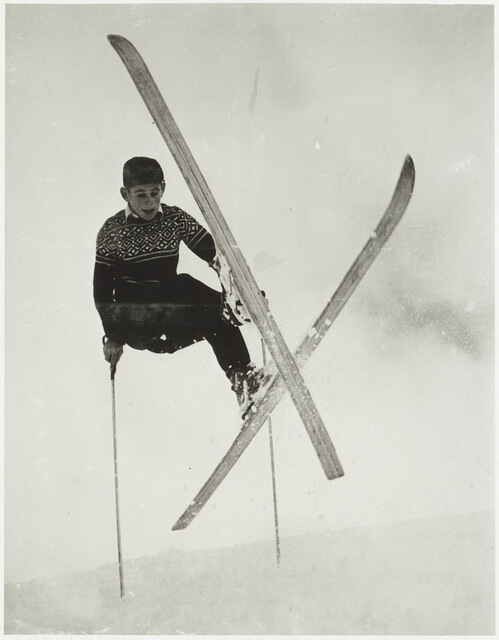 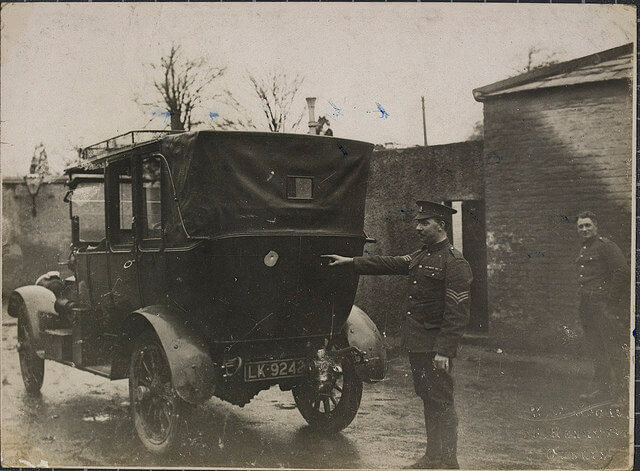 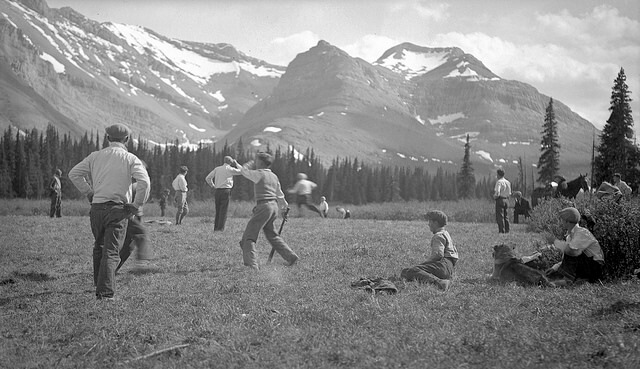 Joey, 1942. An American soldier with his little pet 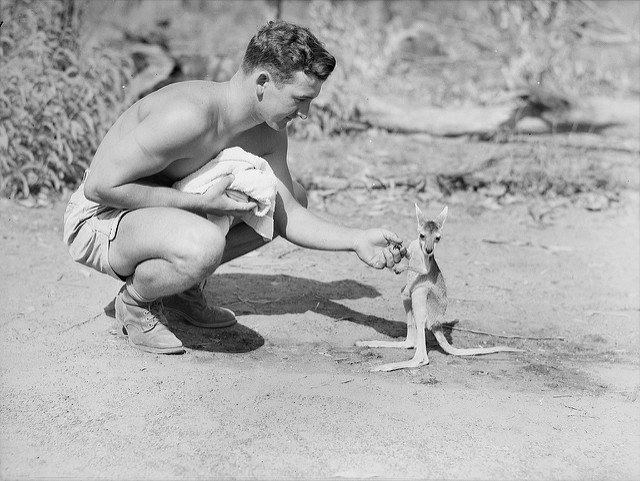 Gods & Beasts: Raw Portraits Show An Ambiguous Hierarchy Between Humans And Animals
Tokyo Was Made For Giant Monsters, Giant Girls And Camera Tricks
Fine Art Photographer Captures Mesmerizing Fairytale Photos Of Women In Natural Landscapes
"Shadows": Winners & Merit Awards Of AAP Magazine’s Photo Contest
Ready To Escape Whenever You Are: Moody And Cinematic Street Photography By Billy Dee
Bizarre Pictures Of The Beatles Cover Session For the Album “Yesterday And Today” In 1966
Photographer Titus Poplawski Captures Beautiful, Intimacy and Surreal Photos
Wildlife Photographer Of The Year 2018 Competition Winners Are Announced
Quirky Photographer Justin Quinnell Is Known for His Eye-Catching Photographs Taken from A Unique Angle – Right Inside His Mouth
In-Flight: Photography by Maria Netsounski
Great Portraits Of Ireland And The Irish At The Turn Of The 19th Century
Photographer Tobias Hägg Captures Inspiring Photographs Of The Ocean Seen From Above
Fascinating Color Photos of Marilyn Monroe Singing to the Troops During the First Show of Her Four-Day Tour in Korea
Here Are The Winners Of The 2016 iPhone Photography Awards
"World On The Edge": Associated Press Pictures Of The Year 2017
Vish Maradia Photographed Herself To Portray Anxiety With The Help Of Photo Manipulation
When LIFE Magazine Received Pics Of Still-Unknown Marilyn Monroe, They Replied “WTH Is Marilyn Monroe”
This Artist Takes Magnificent Pictures Of LED Hula Hoop Over The Beautiful Landscapes
Bulgarian Girls Are Crazy About Getting Photographed By Turkish Photographer Ibrahim Kyoseyumer
Orbital Gallery By Cosmonaut Oleg Kotov
Stunning Photographs of Debbie Harry Painted by H.R. Giger, the Creator of "Alien"
Small Wonders in the Water
The Unique Hairstyles of Jean-Michel Basquiat
Award-Winning Nonprofit Pin-Ups For Vets Is Releasing Its 13th Annual Fundraising Calendar To Raise Money For VA Hospitals
life, nostalgic, retro

Belfast in Amazing Rare Color Photographs, 1955
Gisele Bundchen in New Inspiring Photo Session
This Guy Photoshops His Dog Into A Giant In All His Pics And It’s Hilarious
Cyberpunk Is Closer Than You Think: CD Projekt RED Announces The Winners Of Its Photo Competition
Ukrainian Photographer Creates Powerful Photo To Overcome Anxiety, And Here’s How She Did It
Creative And Colorful Minimalist Photography By Roynaldi Saputra
Stunning Photos Of 2021 Natural Landscape Photography Awards
Documenting America: Scenes of Early-Century New York City Life in Paintings of John French Sloan
Czech Photographer Michal Pudelka: Girls, Girls, Girls
This Woman Has Dedicated Her Life To Taking Pictures Of The Oldest Trees On The Planet
2007 ‒ 2022 by Design You Trust. Proudly hosted by WebHostingBuzz.
Privacy Policy · Terms of Service · Content Removal Policy ❤️ 🇺🇦