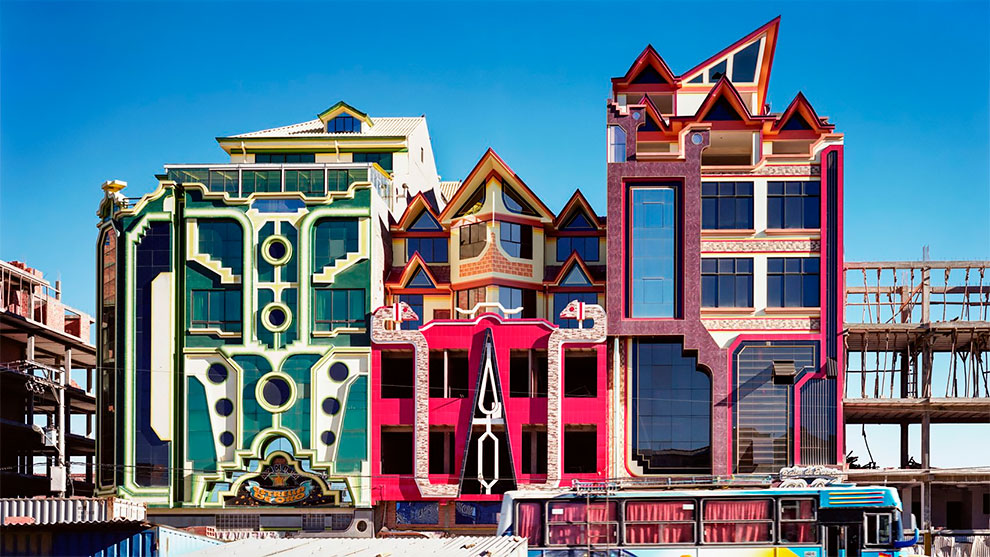 Bolivian architect Freddy Mamani is aiming to imbue culture, colour and personality into the “monochrome” city of El Alto, through buildings based on ancient local architecture and craft.

The architect has strived to slowly transform El Alto with his colourful architecture, as seen in these photographs. 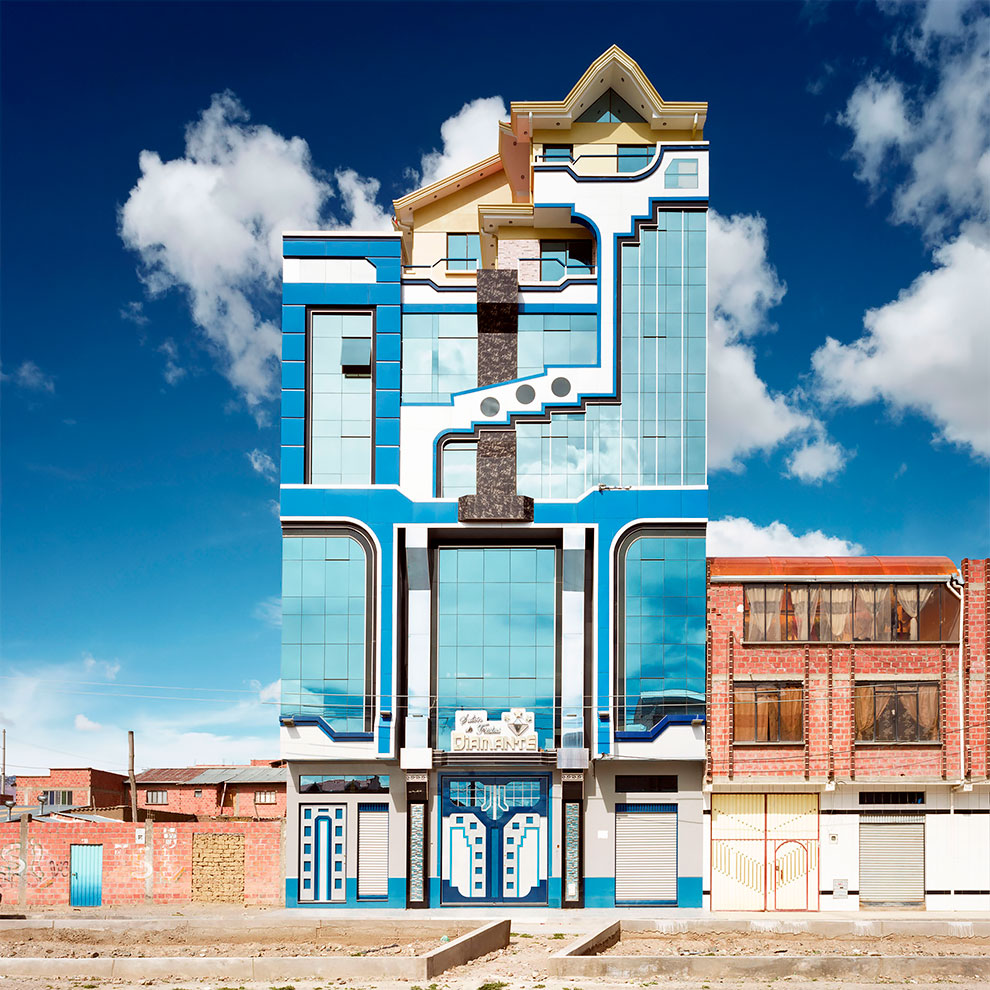 The photographs that have been circulating of his ‘cholets’ — a remix of the words “chalet” and “cholo” (the latter an often-pejorative term meaning “mixed-race”) — are intensely maximal to the point of seeming unreal. 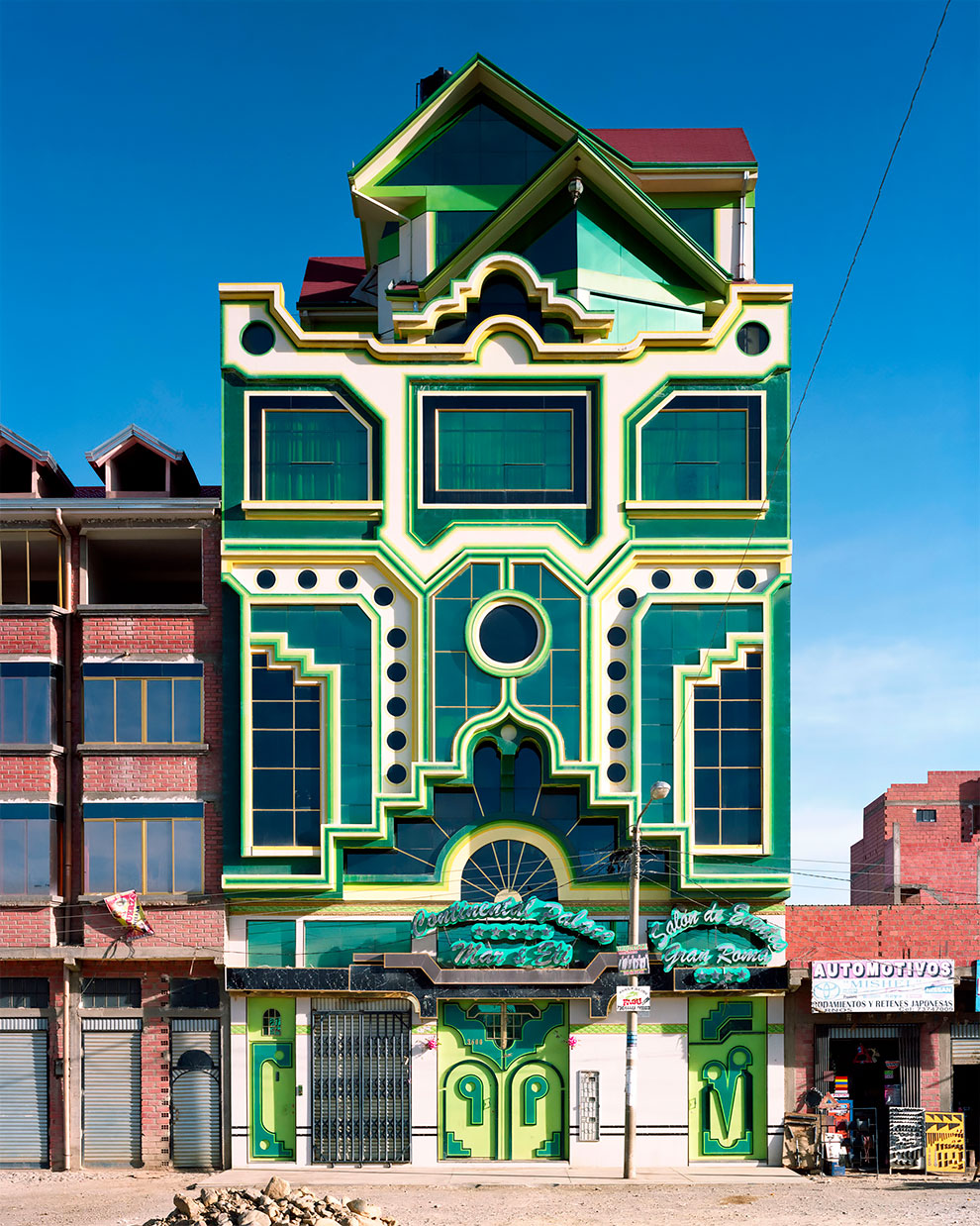 The majority of Mamani’s cholets function like self-contained chimneys for capital, built in the service of El Alto’s newly emerging Aymara bourgeoisie. Typically they comprise commercial space on the ground floor, lavish ballrooms on the second floor, and apartments above, a combination intended to ensure their financial sustainability. But it’s not the all-in-oneness of the cholet that makes it so unusual, rather Mamani’s employment of symbolism and color instead abstraction as his primary architectural language — a code that derives from a convergence of the indigenous iconography of the Aymara people and the fantastical lexicon of science fiction. 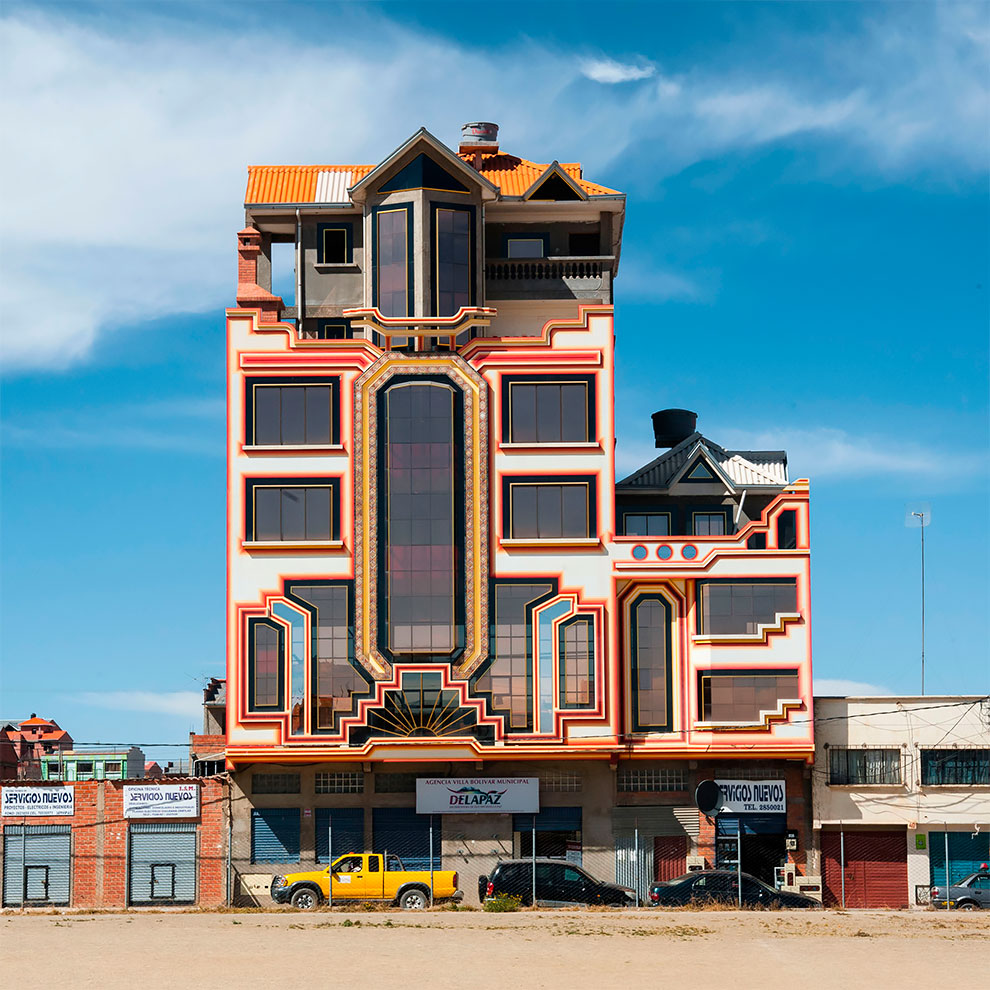 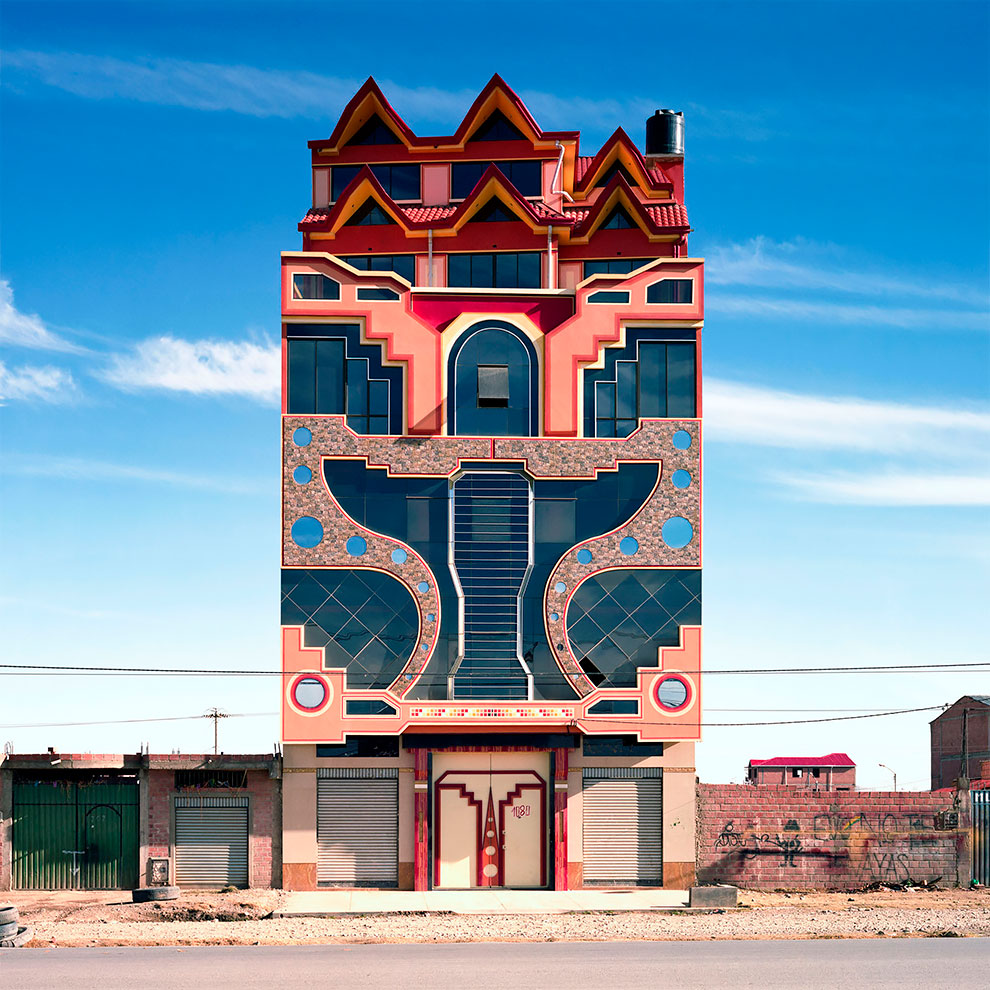 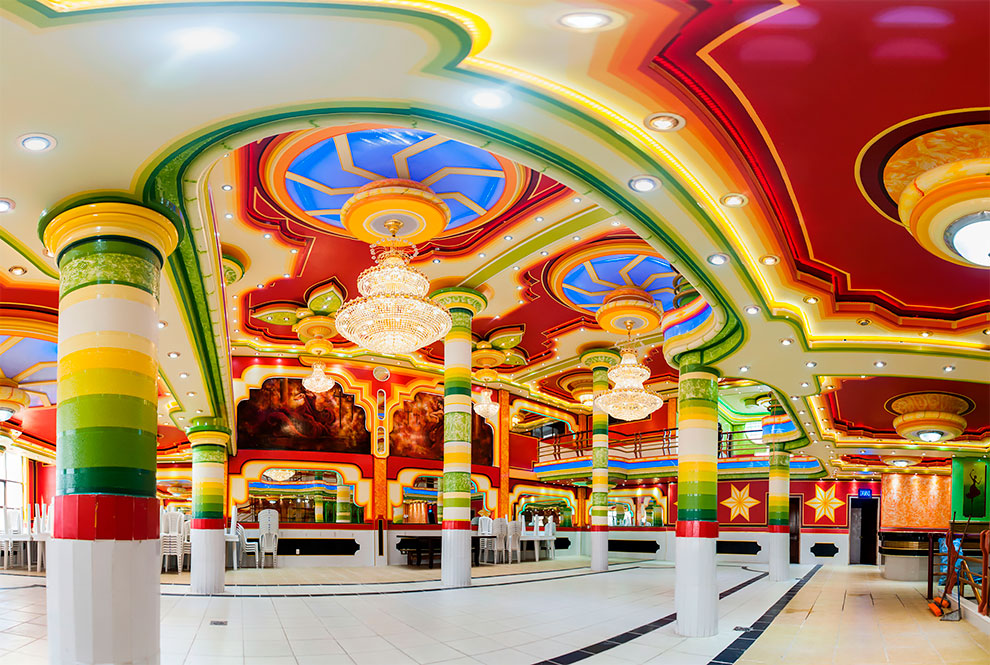 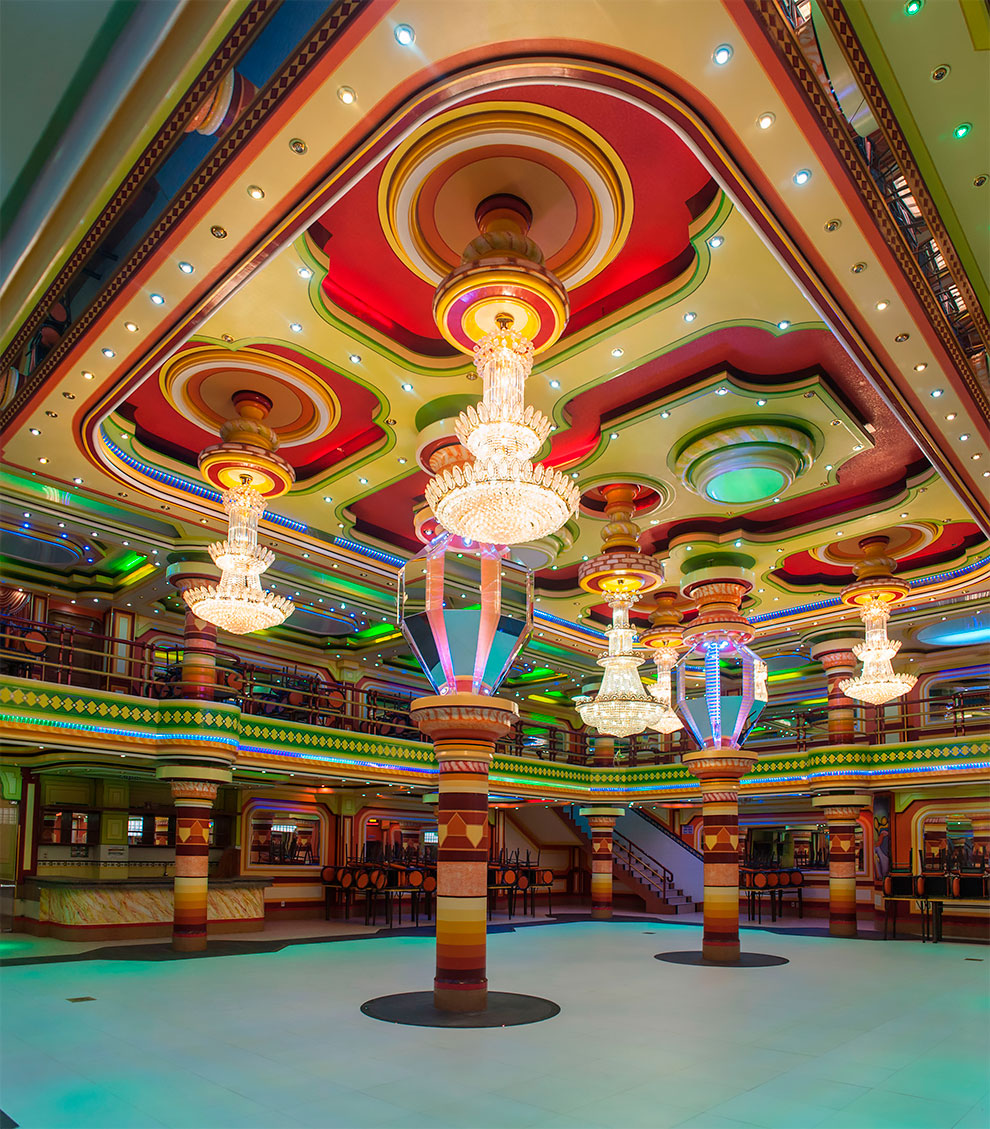 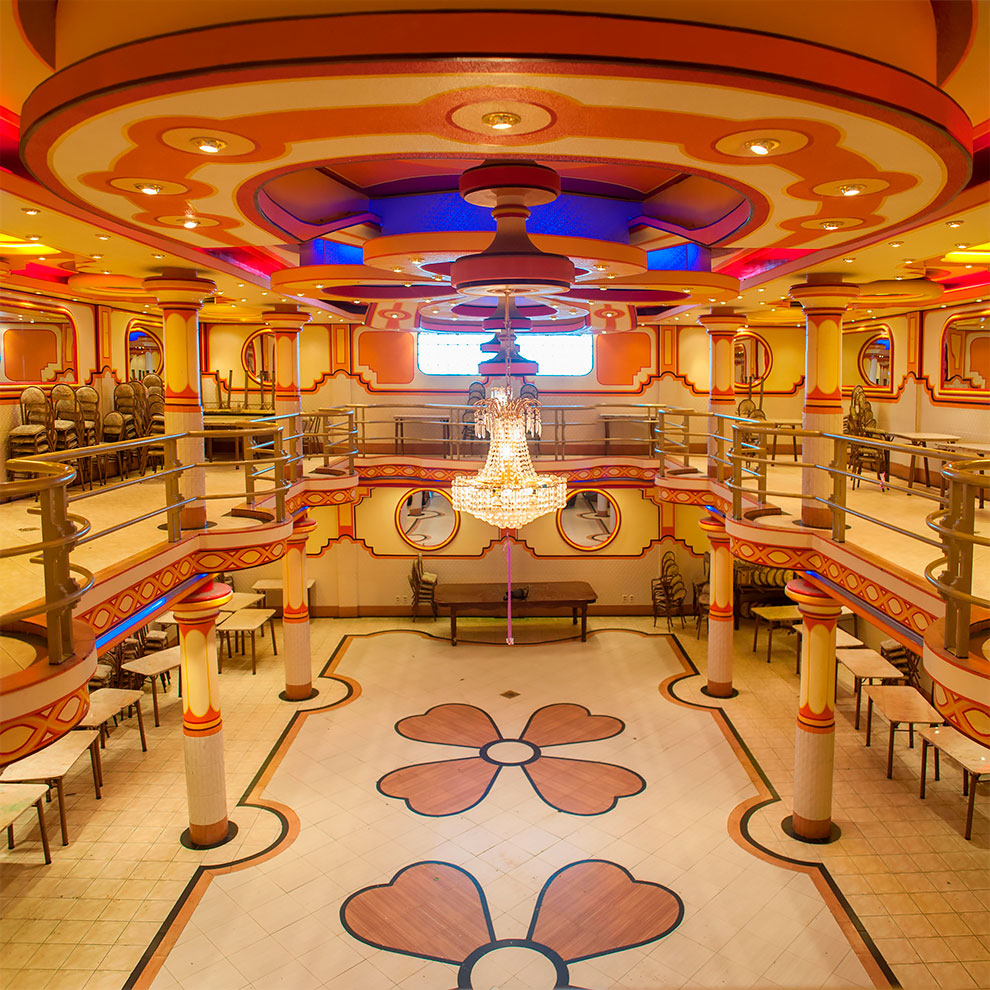 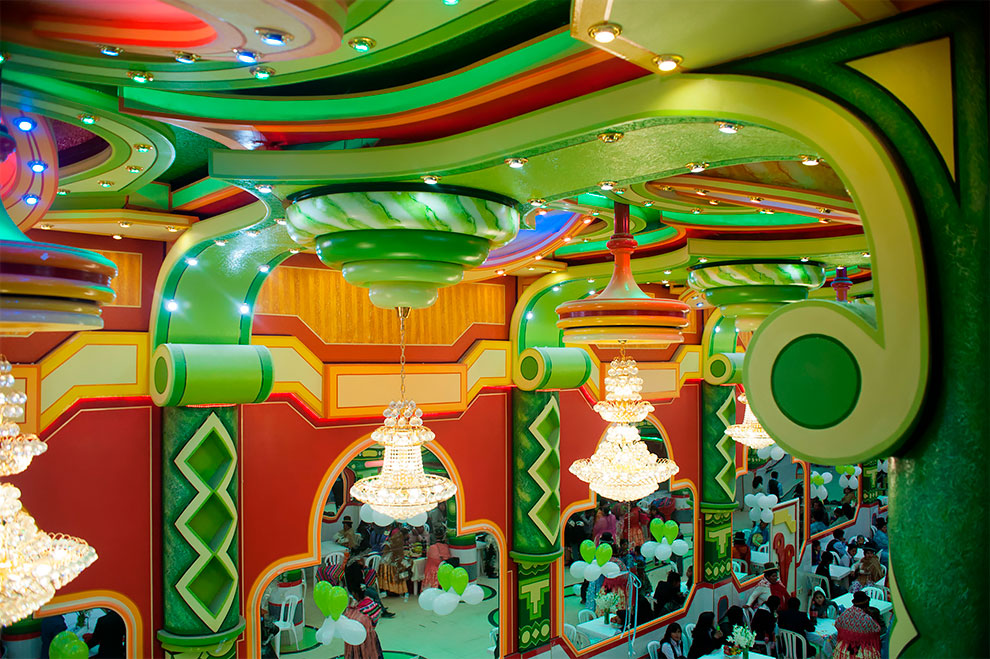 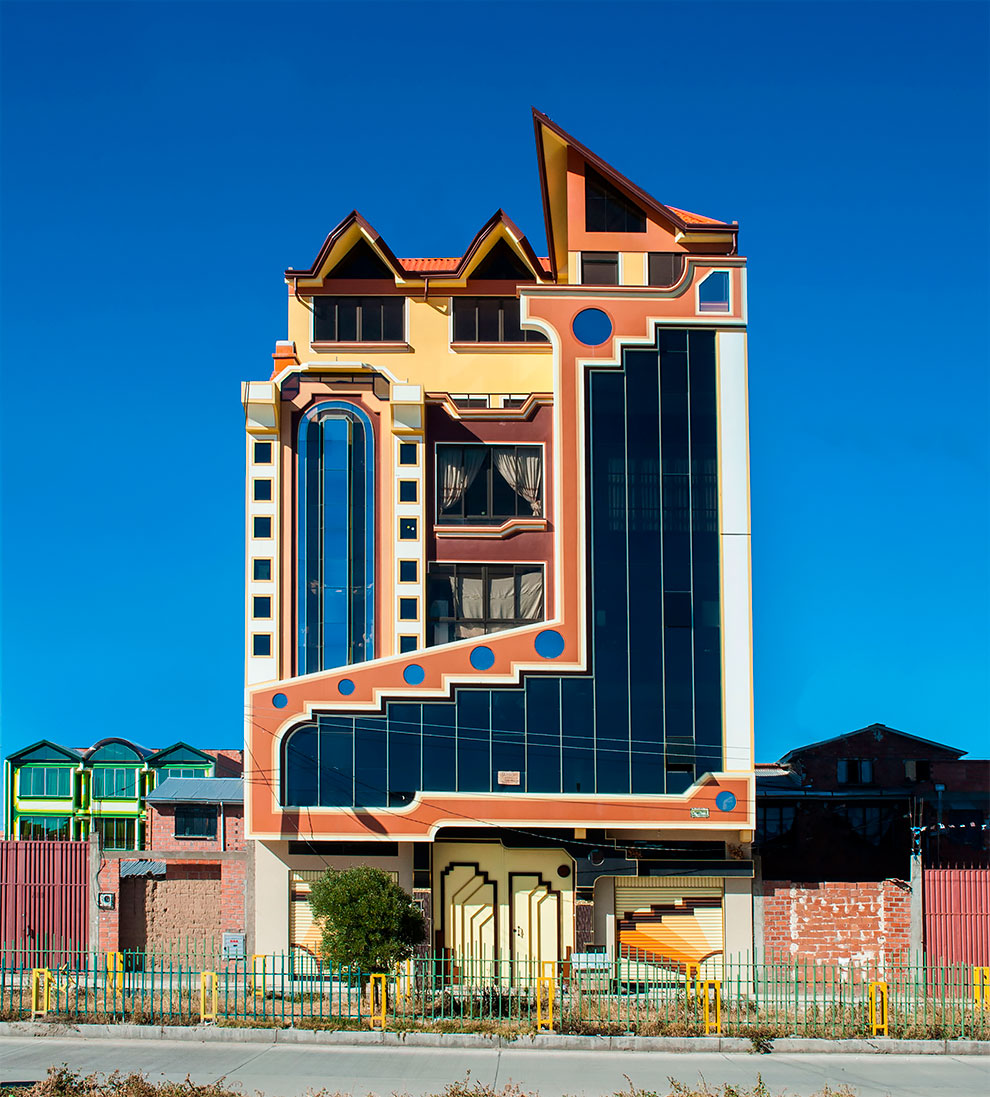 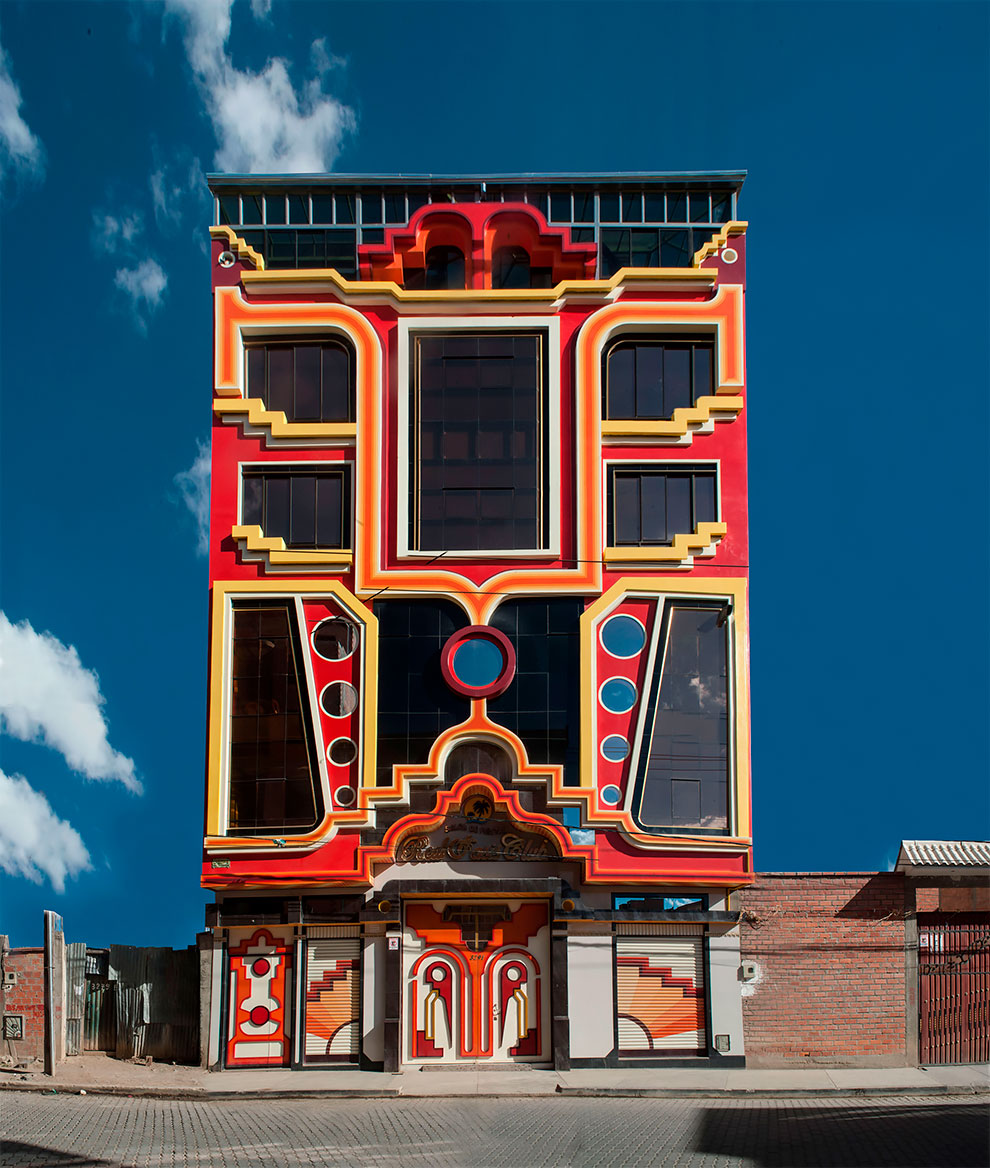