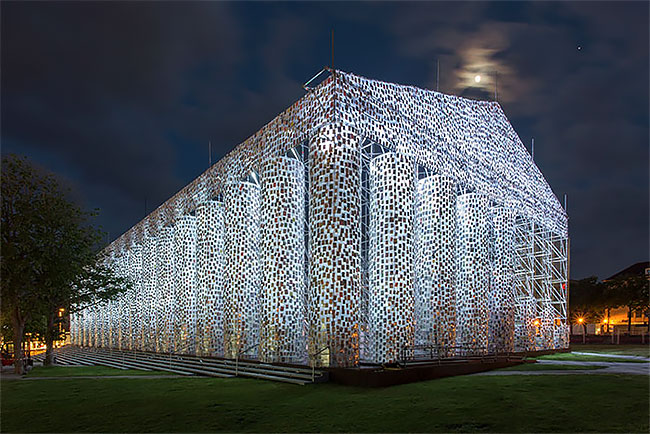 Argentinian artist Marta Minujín, 74, has created a monumental replica of the Greek Parthenon from 100,000 copies of banned books. According to the artist, it symbolizes the resistance to political repression.

The Parthenon of Books in Kassel, Germany is part of the Documenta 14 art festival. With the help of students from Kassel University, Minujín identified over 170 titles that were or are banned in different countries around the world, and constructed the full-size replica of the iconic temple from those books, plastic sheeting, and steel.

But probably what is Germany’s most controversial book – Adolf Hitler’s “Mein Kampf” – will not figure on the Parthenon. And for a good reason: the Nazis were notorious censors of books. In fact, Minujín’s work stands on a historic site where the Nazis burnt some 2,000 books in 1933 as part of a very broad campaign of censorship. “Where they burn books, at the end they also burn people,” Heinrich Heine said in the 19th century. 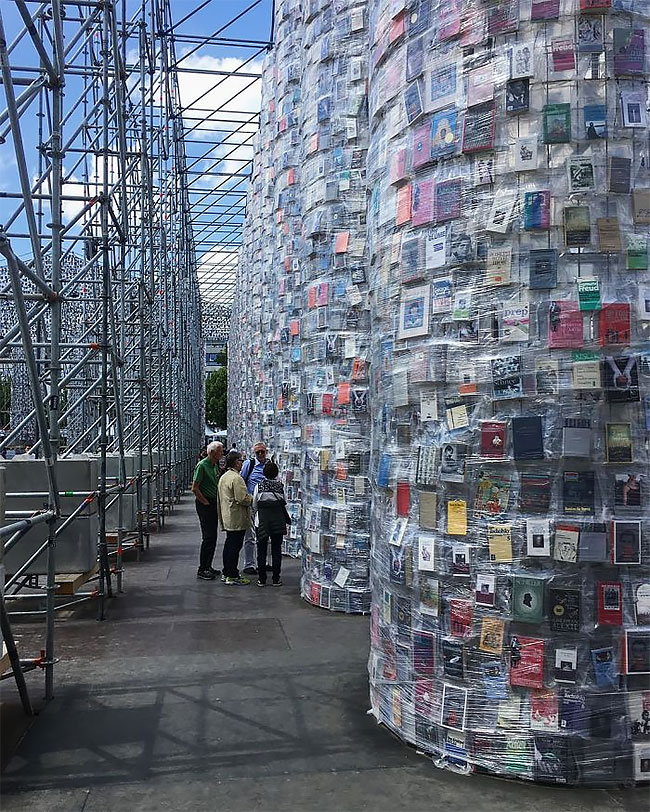 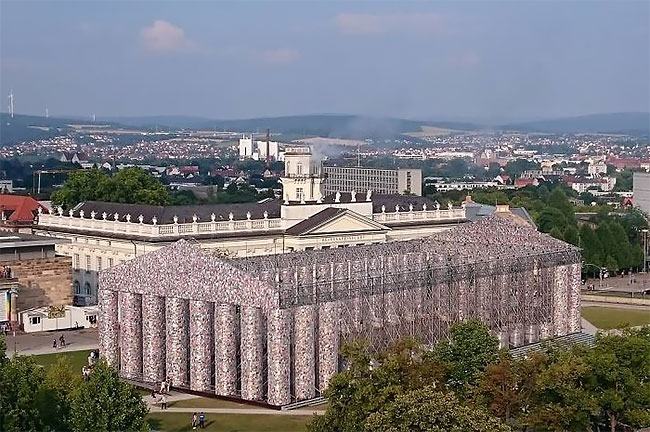 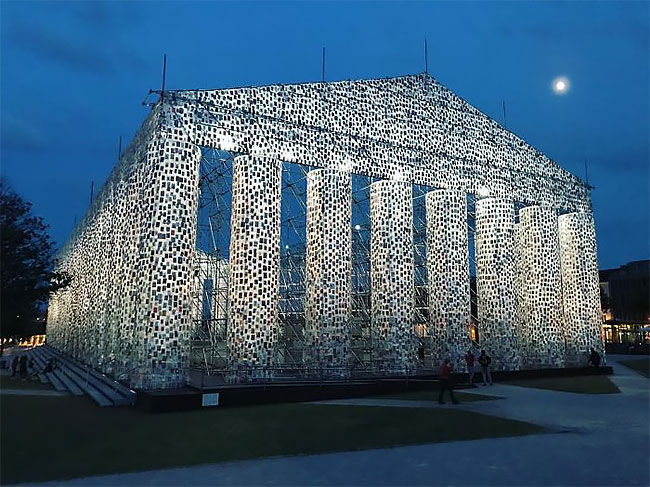 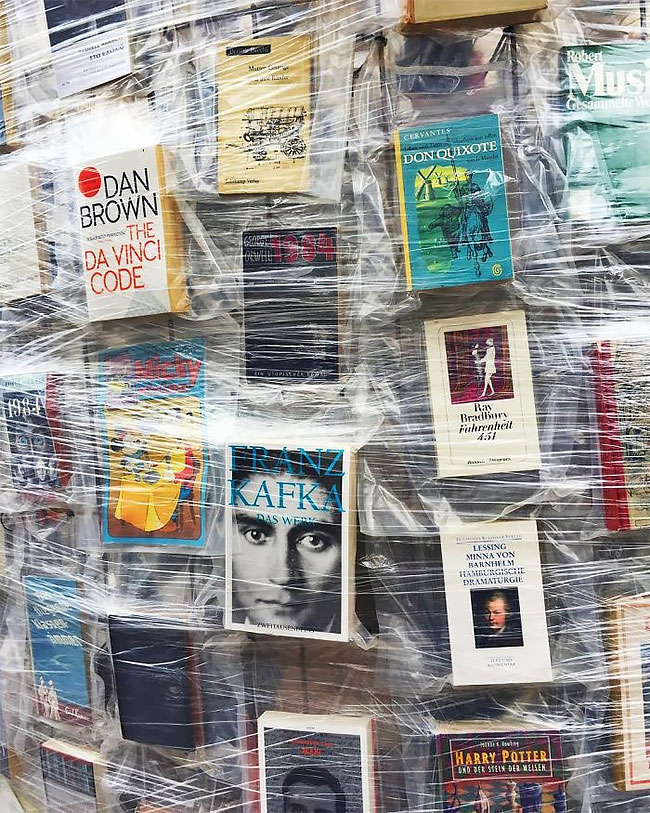 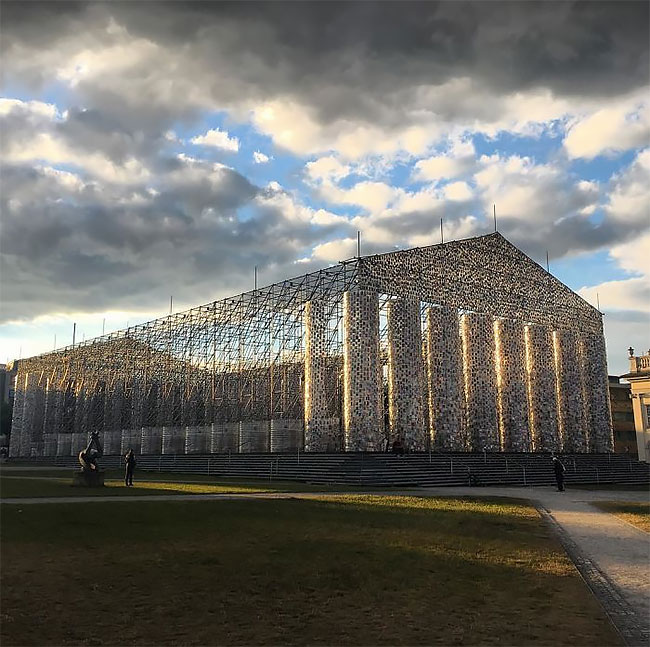 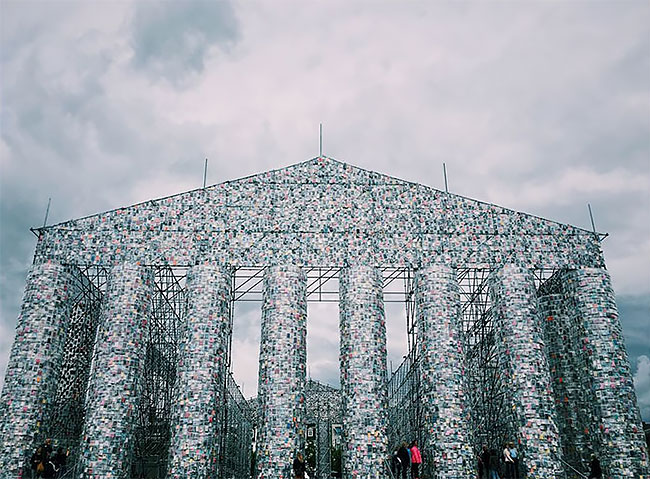 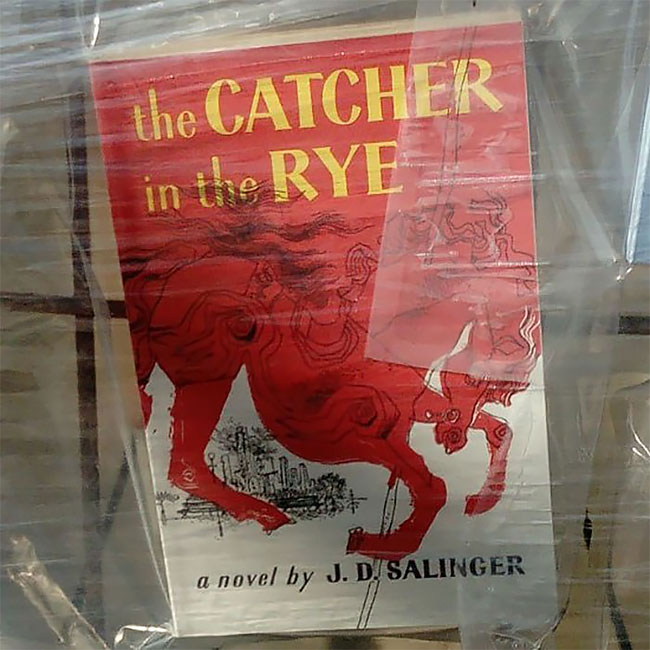 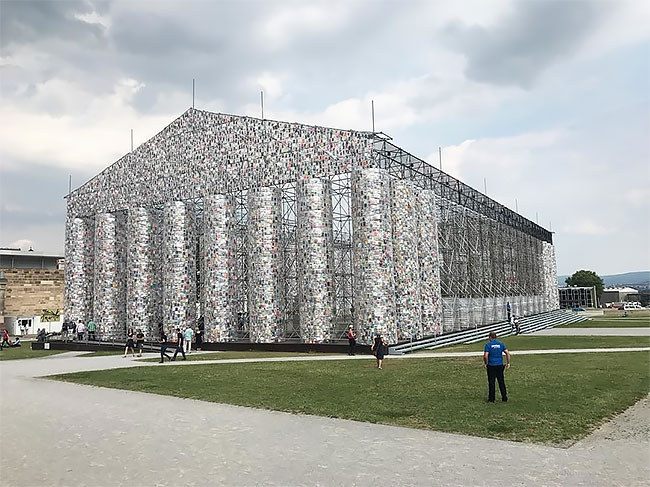 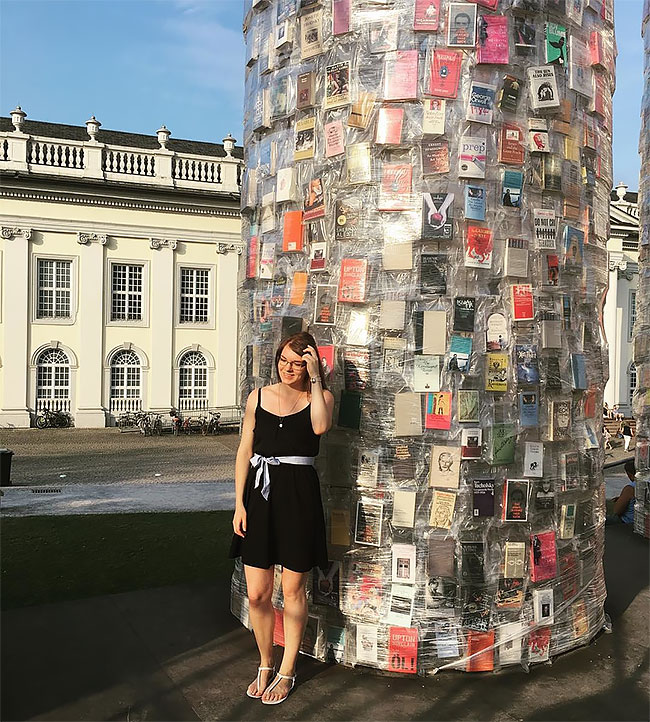 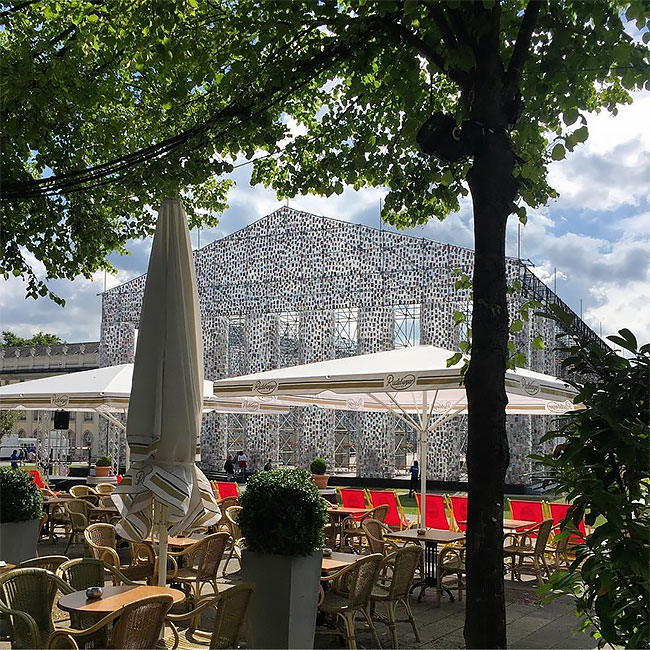 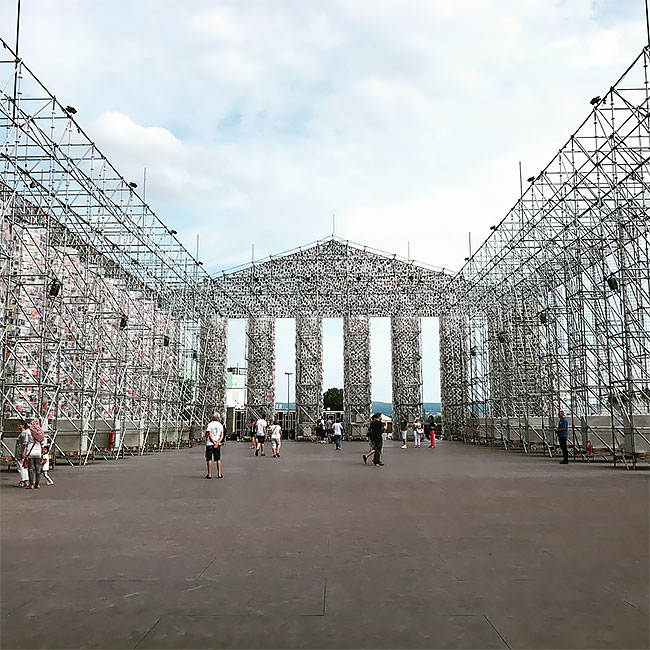 Real Size Replica Of The Noah's Ark Opens At Kentucky Theme Park
Parasitic City Takes Root on the Foundations of a Decommissioned Highway Bridge
An Artist Has Created This Elegant Table Inspired By The Horse
An Artist Created Mashups Between The Movie Posters And Classical Painting
Young Artist From South Korea Creates Visual Illusion Art Using Her Face And Hands
The Interior of the Fourviere Basilica in Lyon
An Artist Recreates The Most Stolen Objects In Stores
20 Best Quotes From Children’s Books That Every Adult Should Read Too
Mid-Century Grain Silo Transformed Into A Gorgeous, Affordable Home For Two
Michail Georgiou Designs A Small Chapel In Cyprus With A Welcoming Form
This Public Pavilion Covered In Plants Was Designed To Invite People To Sit Inside
"Our Street": Artist Beautifully Illustrates Everyday Life In Small Russian Town
Artist Turns Lovable Cartoon Characters Into Terrifying Monsters
Another Young Makeup Artist With Mad Skills
Norwegian Artist Nikolai Lockertsen Creates Amazing Concept Art By Using iPad As A Canvas
Artist Has a Taste for Painting
Monstrum Playground
Taj Miami: How to Live Like a Boss for $4,199,000
Artist Uses Coffee Spills To Create Cute Coffee Monsters
This Pastry Artist Takes Pie Baking To Another Level
This Artist Creates Striking Photographic Posters Based On The Rooms And Props In Iconic Films
Domestikator: This Stunning Sculpture Looks Like Two Buildings Having Sex
The Rooms At This Hotel Are Inside Airstream Trailers On The Roof Of The Building
Portuguese Street Artist Wrapped Up A Giant Squirrel On The Streets Of Tallinn In Estonia
artist, banned, books, build, historic, parthenon