“There’s No Reason to Put It on The Wrong Place. Wear Your Mask Properly.” 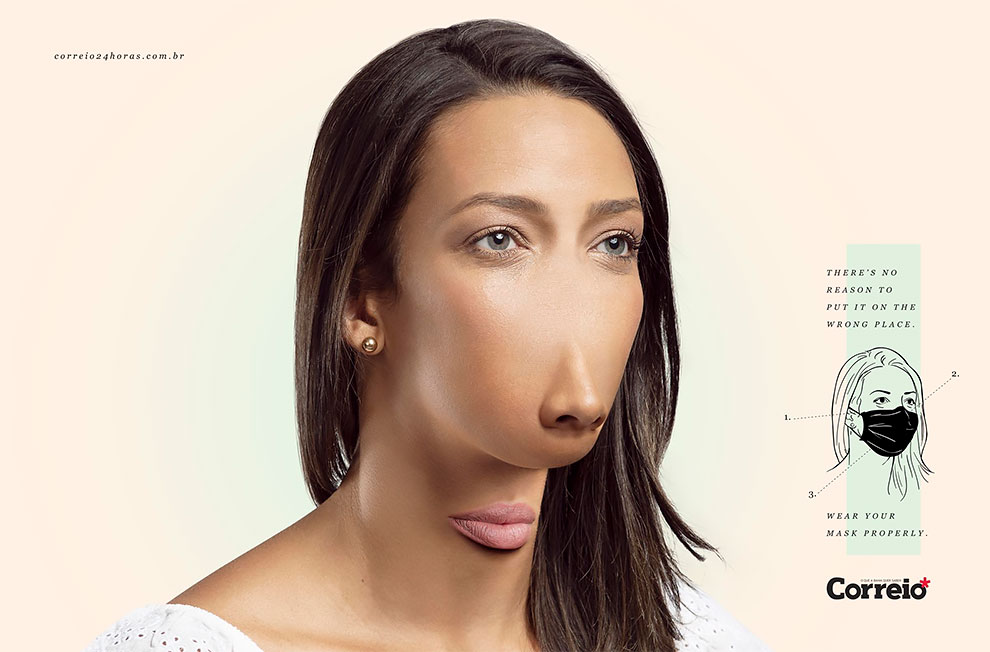 Since the mandatory use of masks was implemented because of the pandemic, what is seen in Brazil is a total disregard for the law by a large part of the population.

Some simply for not wearing the mask, but the vast majority for wearing it incorrectly, wearing it on the neck or chin, without any protective effect against the coronavirus. Examples of authorities, artists and politicians wearing the mask incorrectly in the media have also discouraged the population from wearing it correctly. 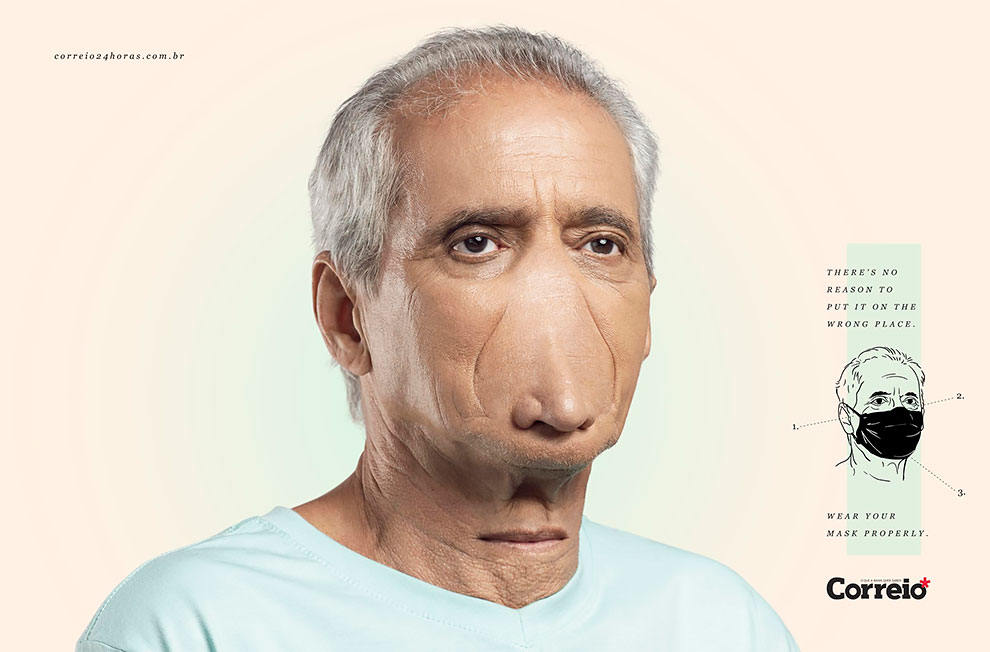 For many, especially for the poor citizens, the mask became an accessory with no use. That is how the Correio da Bahia newspaper, the leader in circulation and volume of readers in the state, asked the agency for a campaign to draw the population’s attention to this serious problem, which puts everyone’s health at risk. That was how the print campaign “There is no reason” was created, which is being broadcast daily in the newspaper’s printed and digital media newspapers. 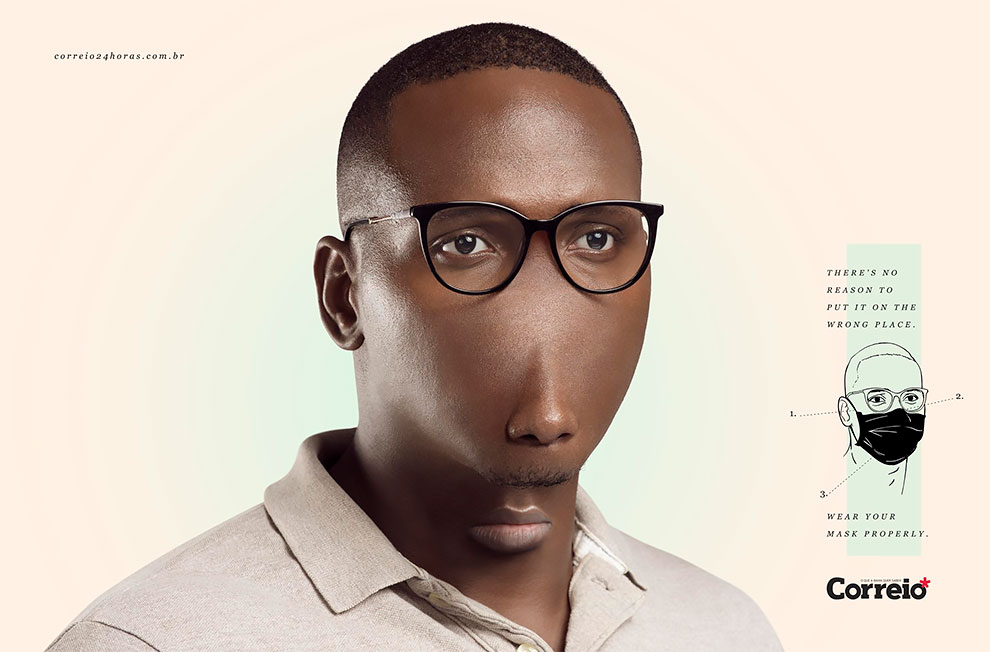 This Tiny, Painted Door At The Base Of A Tree Stump Has Been A Fixture Of The Harvard University Campus For Decades
"Smells Like The 70s": Vintage Deodorant Advertising
This Artist Uses Leftover Coffee To Create Beautiful Artworks
Vote With Your Butt By Hubbub - A Smart Way To Keep Streets Clean
YouTube Drawings
Stunning Digital Art Paintings of Random People - A Fun Series by Julio Cesar
"What If Orthodox Priests Became Cosmonauts?": Artist Unites Two Russian Pillars In His Paintings
Man Finds Mysterious Book That Can Not Be Explained
Artist Created 30 Truthful Cartoons About Working From Home
Guy Leaves Hilarious “Shopping Tips” In Grocery Store
This Girl Is Unbelievably Flexible
Isolated Musicians Perform From Rooftops In Iran
Nightmarish Illustrations That Will Have You Hiding Under The Bed
Someone In Colorado Is Putting Up The Funniest Signs Ever
Illustrator Draws On Her Self-Portraits To Create Fun, Whimsical Images
Artist Shows The ‘Unseen’ Side Of Popular Characters And People Are Saying It Looks Just Wrong
Meet Diego Cusano, The Italian Artist Who Sees Daily Objects Differently
Honest Illustrations That Show How Our Lives Look Like Among Phones, Tablets And Notebooks
For 32 Years, This Japanese Chef Has Been Making a Painting of Every Single Meal He Eats
Meet Diandra Forrest, Stunning Albino African American Model
Modern Logos in Chromatic Style by Martin Naumann
Sensual Paintings Created With Liquid Resin By Jessica Dunegan
When Two Paintings Fall In Love: Man Proposes During 2D Photoshoot
"From Beyound": An Immersive And Dark Experiences In Haunting Artworks Of Maxim Kostin
advertising, brazil, coronavirus, face, mask