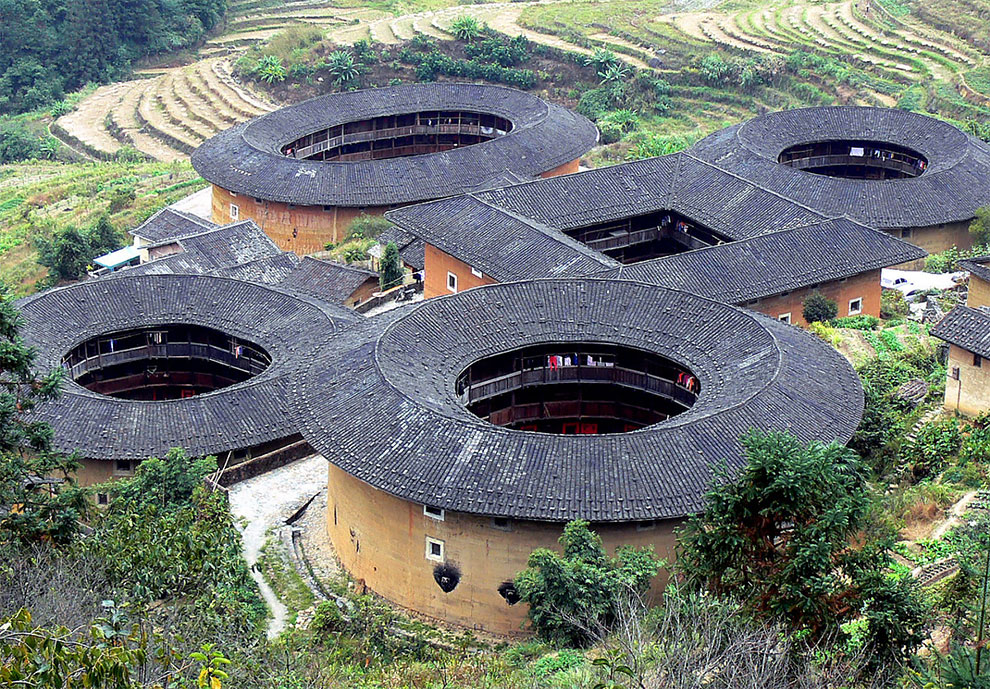 The Hakkas set up these unique homes to prevent attack from bandits and marauders. The tulou are either round or square, and were designed as a large fortress and apartment building in one. Structures typically had only one entranceway and no windows at ground level. Each floor served a different function – the first hosts a well and livestock, the second is for food storage and the third and higher floors contain living spaces. They were mostly built between the 12th and the 20th centuries. 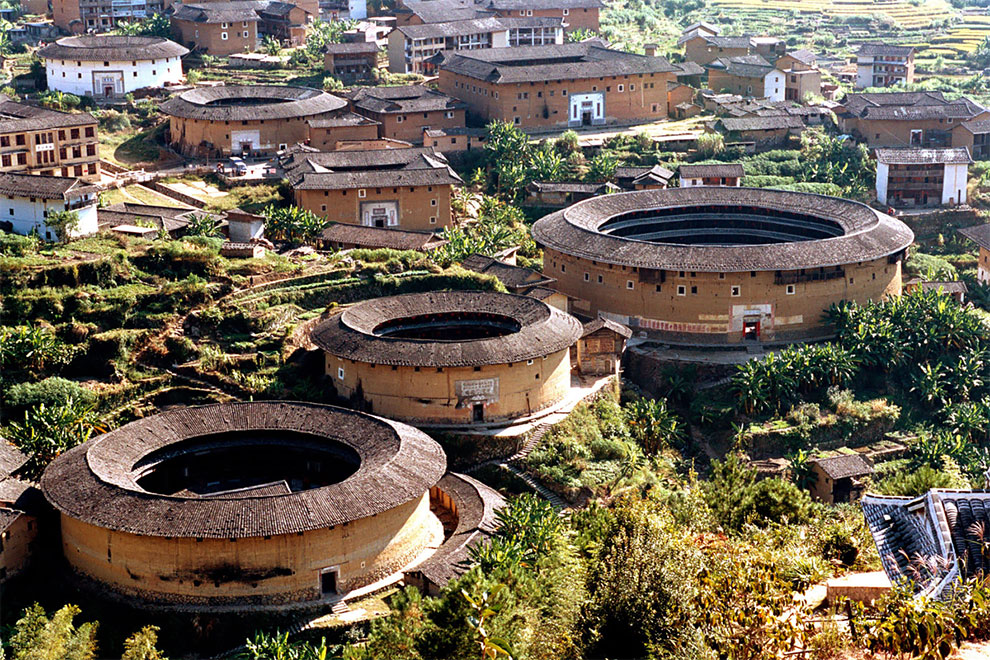 It was during the wartime period of Yongjia that the Hakka people fled their home in the central plains. This occurred between 304 and 312 A.D. After traveling from place to place, the Hakka people decided to seek shelter in the mountainous region of southwestern Fujian. Between the rugged mountains and long rivers, they felt safe from invaders and war. They started to build wooden shelters and huts with thatched roofs for protection. Embarking on more peaceful lives with abundant resources, the people here began to flourish. 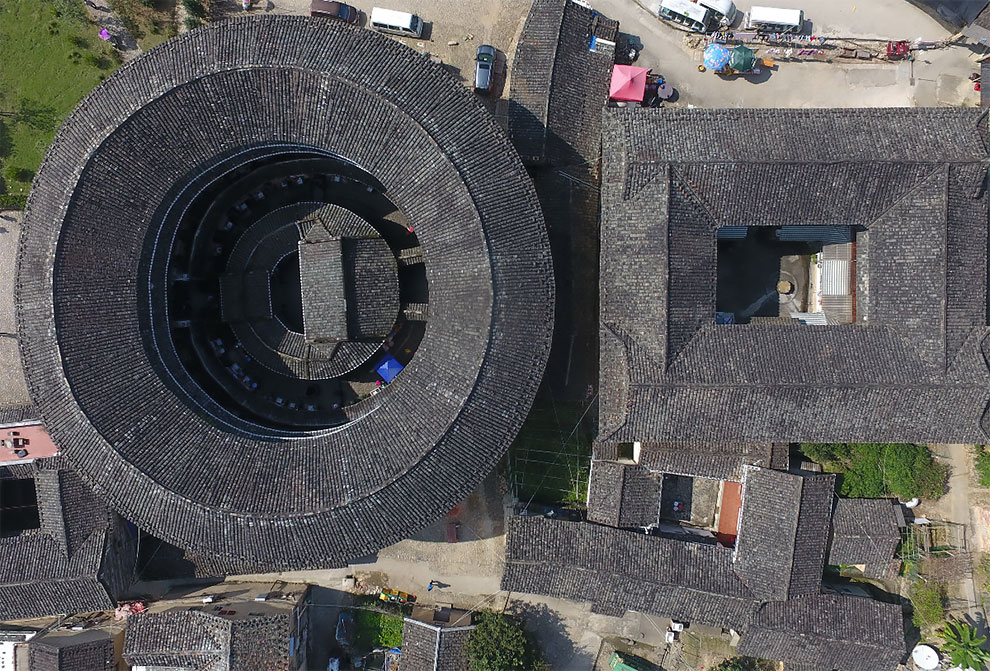 As the population grew, housing became more of a problem for the Hakka people. The group wanted to provide shelter for everyone, but they also wanted to build a community that would inspire. The Hakka people began to construct the tulou. It isn’t clear where this building style first came from, but over the years, they perfected it. Many members of the group continued to be nomadic. As they moved from place to place, they built tulou for protection. This is why these buildings can be found in different regions along the Fujian coast. 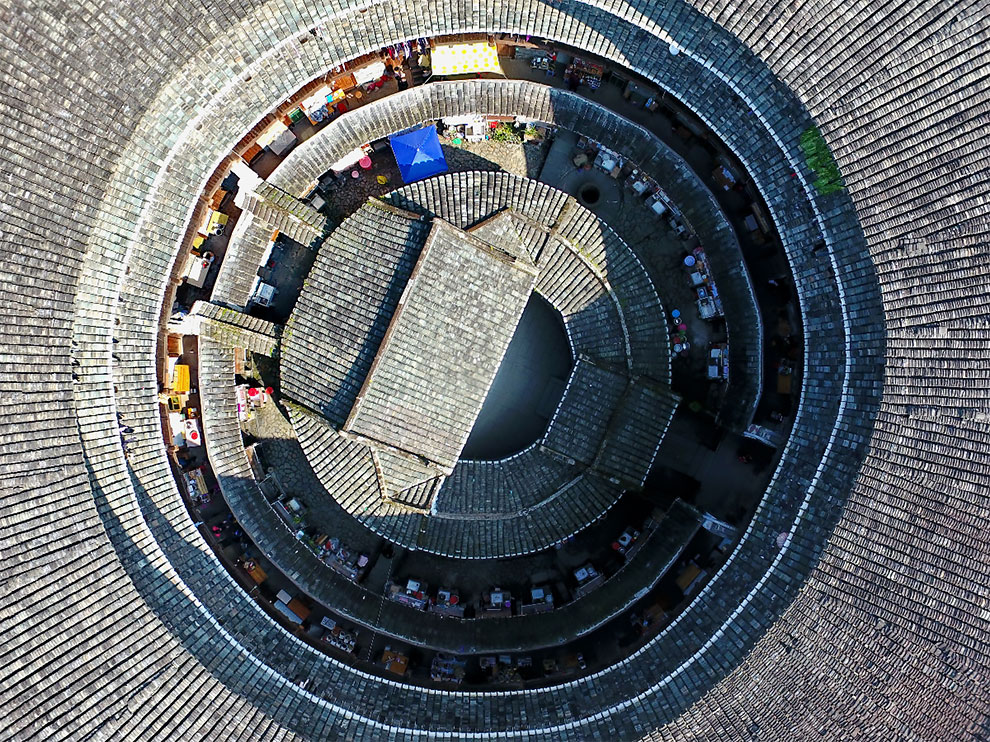 The rammed-earth technique used for building the structures is difficult to pin down by date. However, it’s believed that the technique was developed during the Shang Dynasty from 1766-1122 B.C. Having their building technique perfected, and honing skills in the plastic arts, the Hakka community gained great wealth. They thrived, and continue to do so today, especially with the growing interest from tourists. 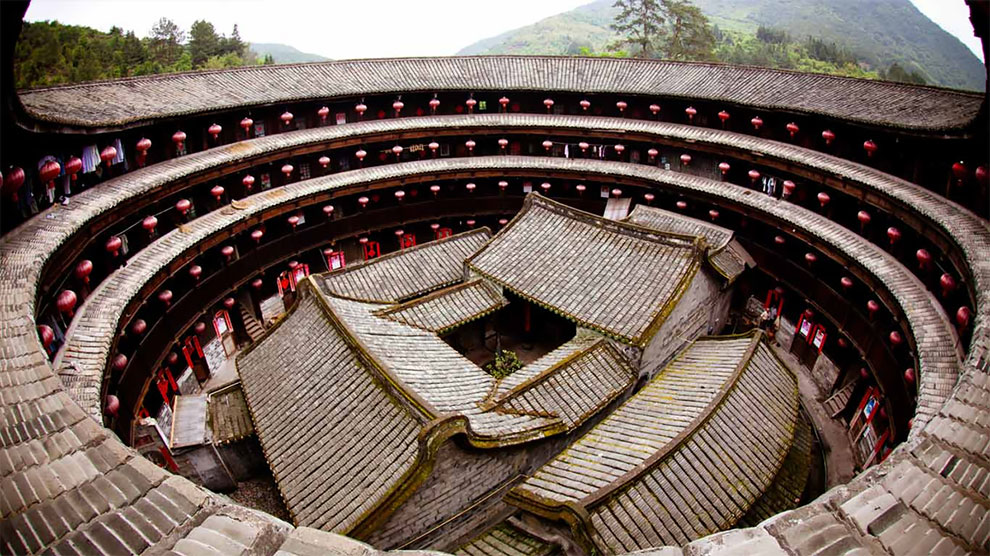 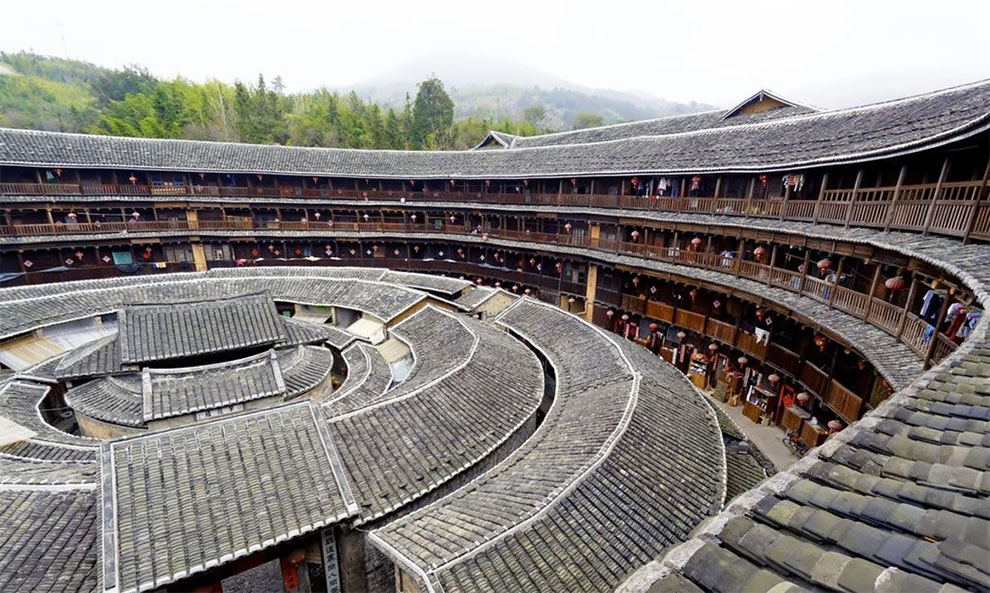 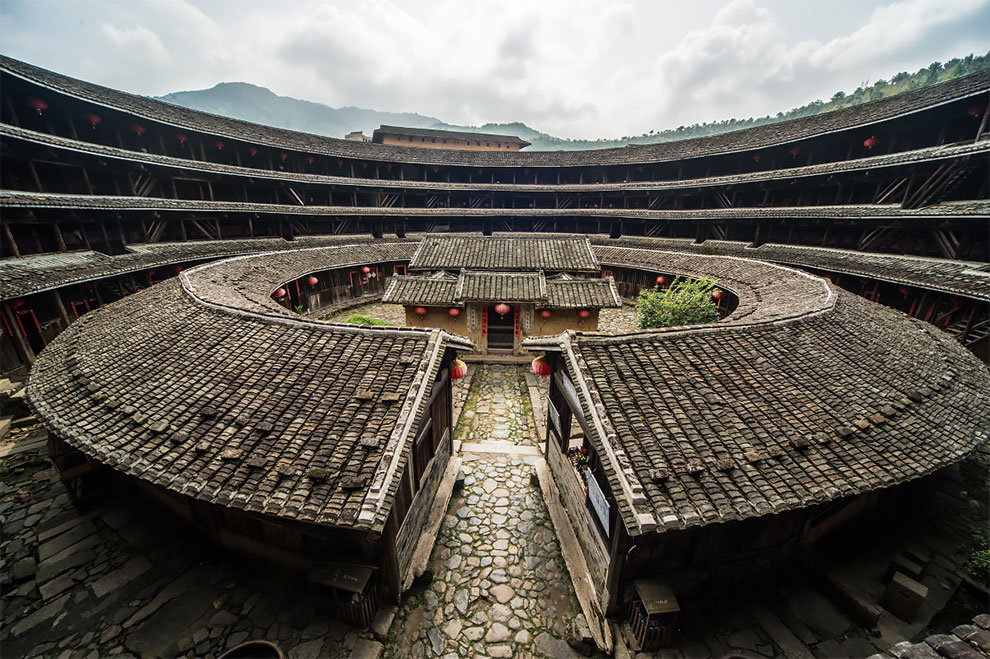 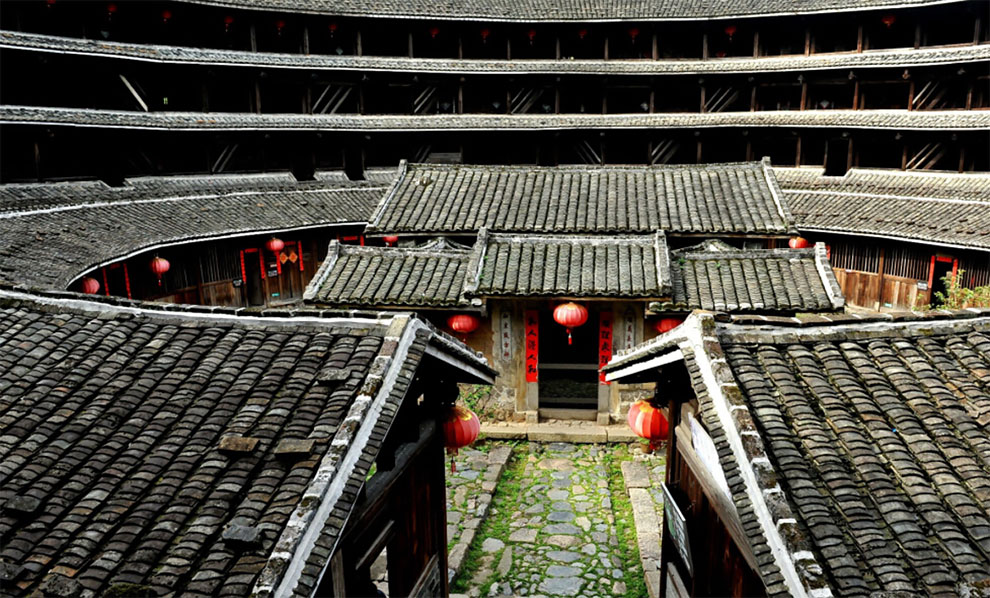 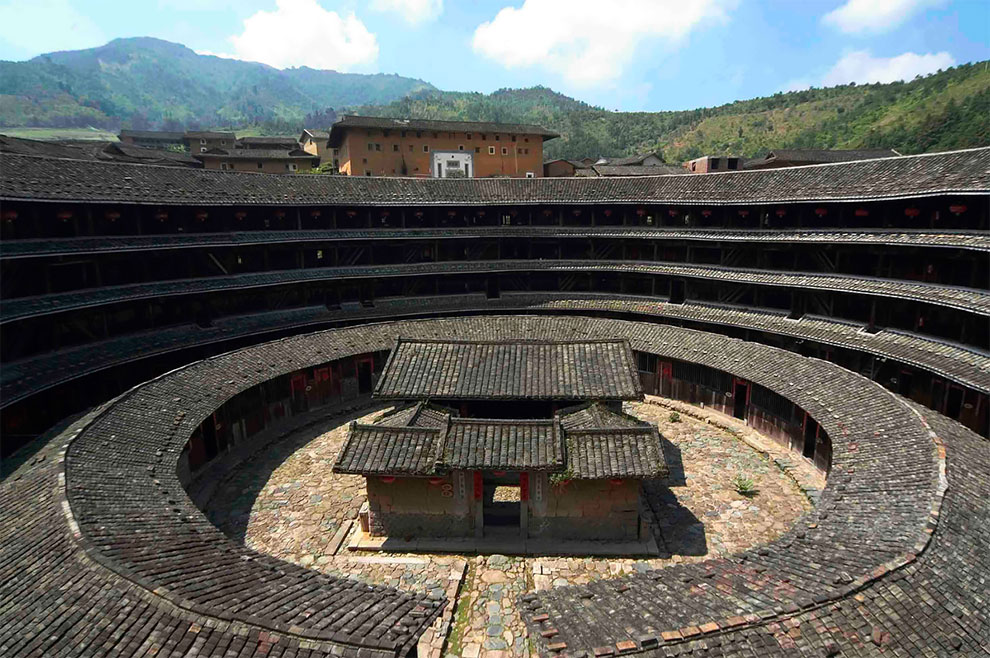 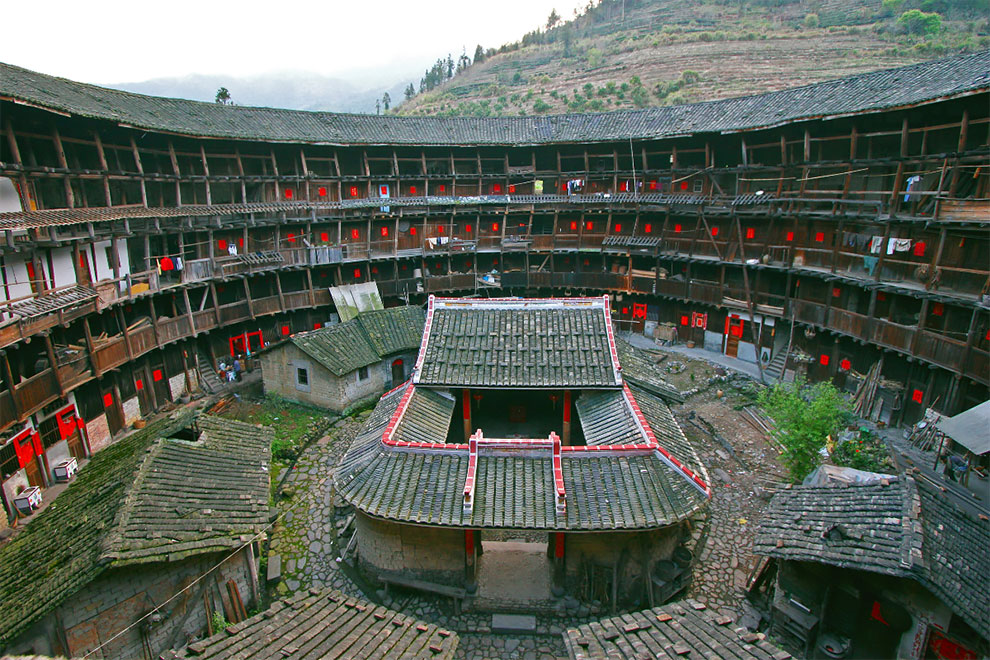 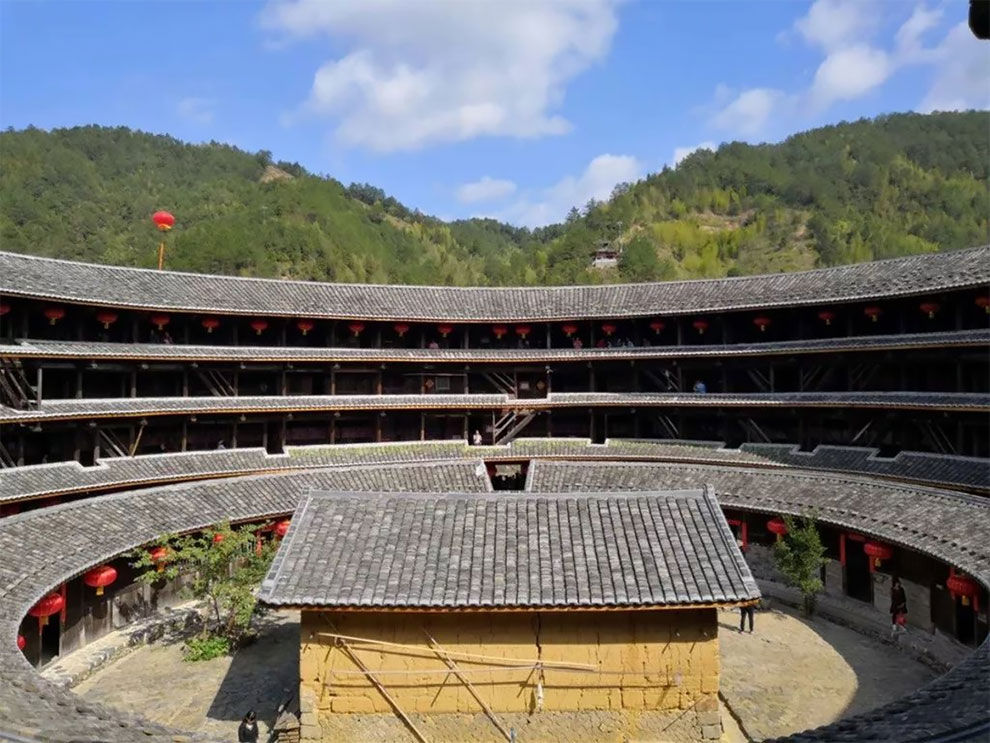 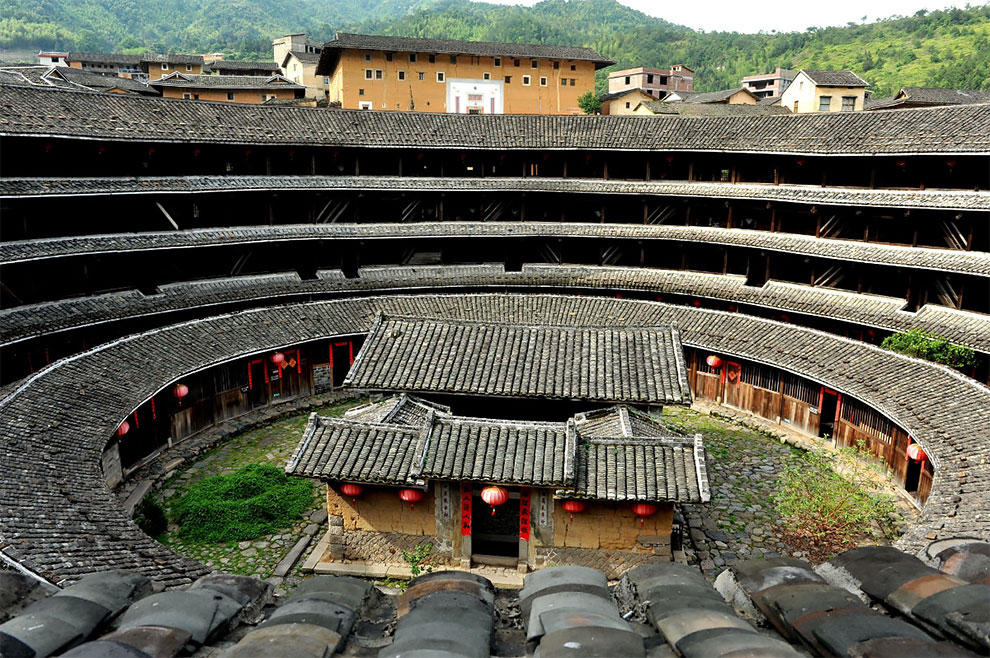 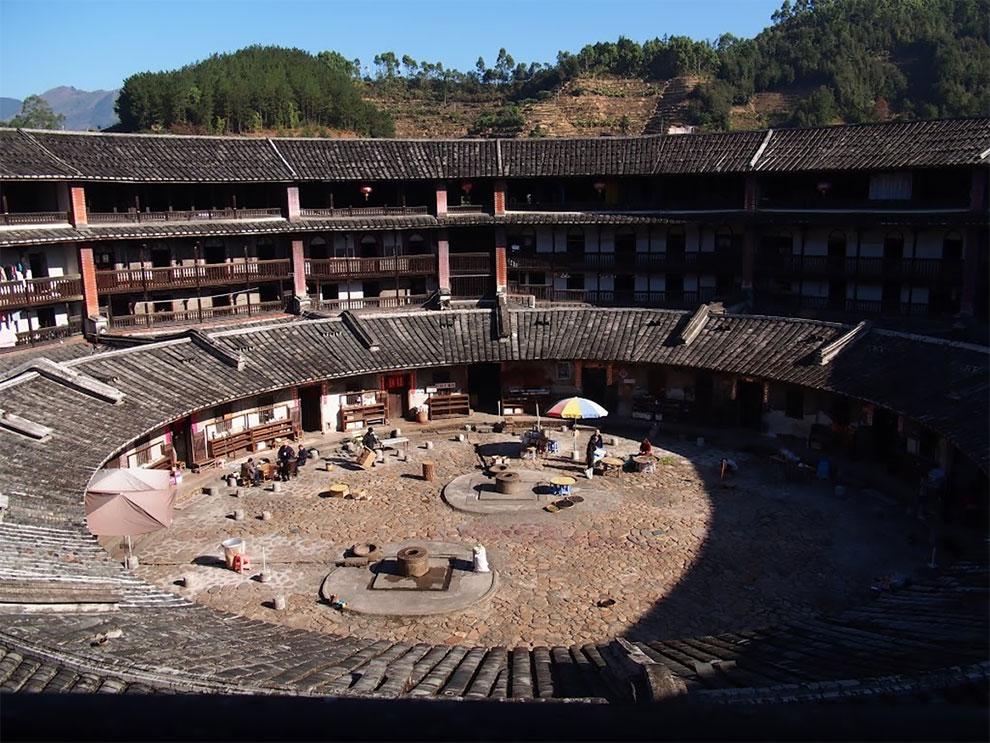 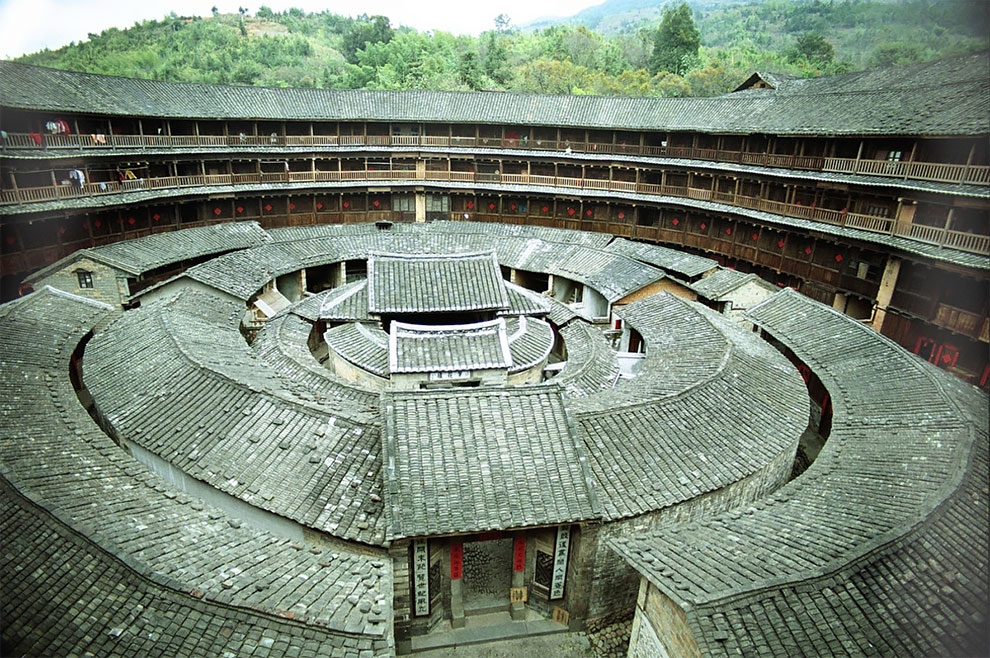 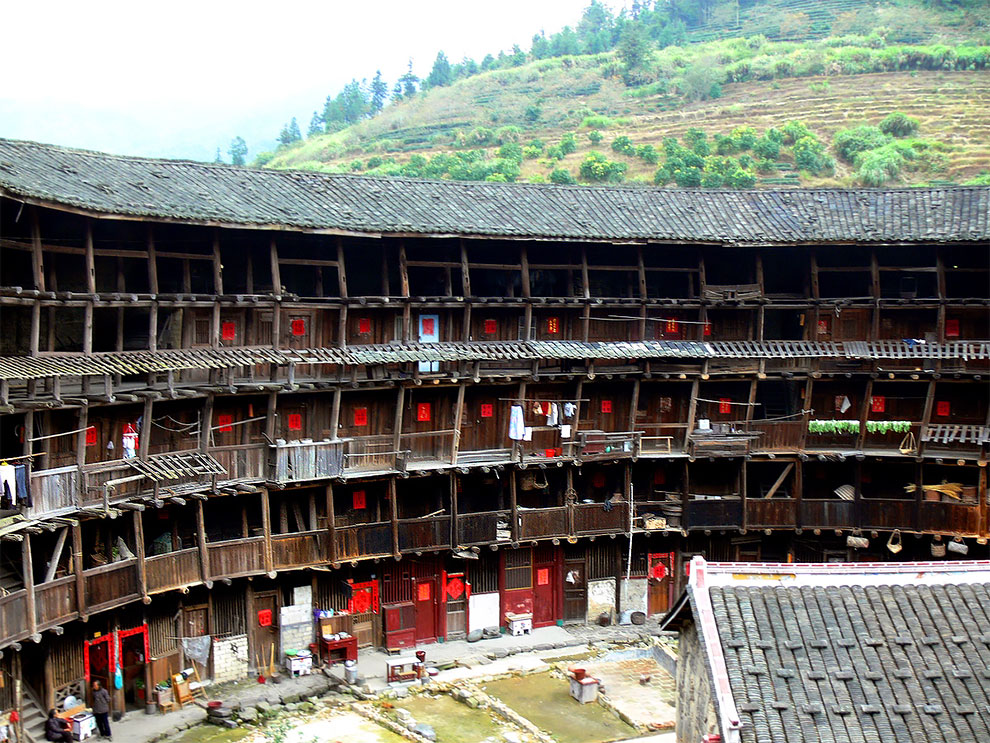 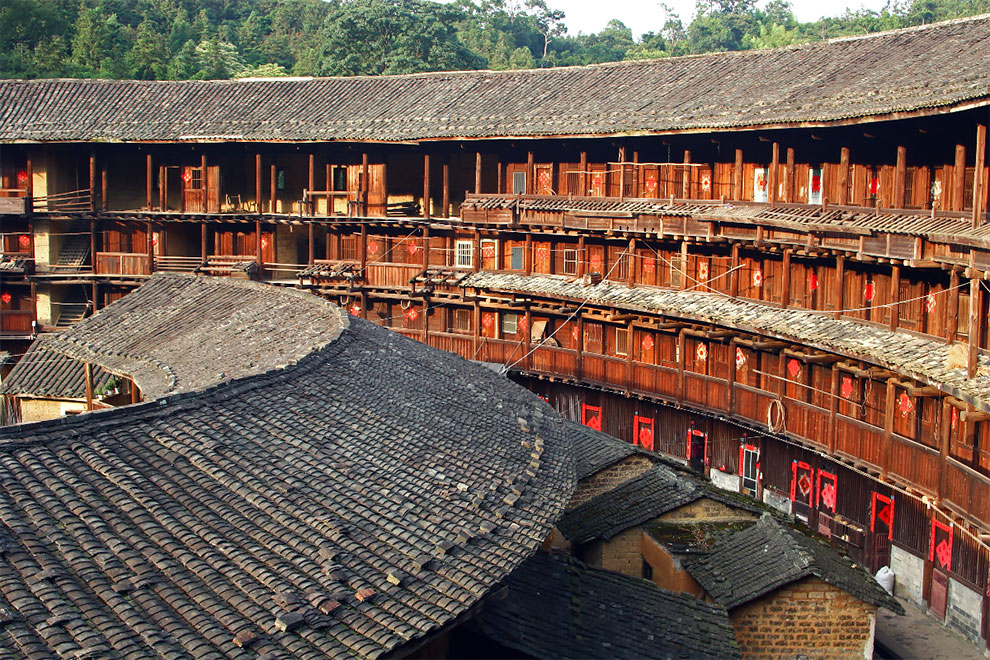 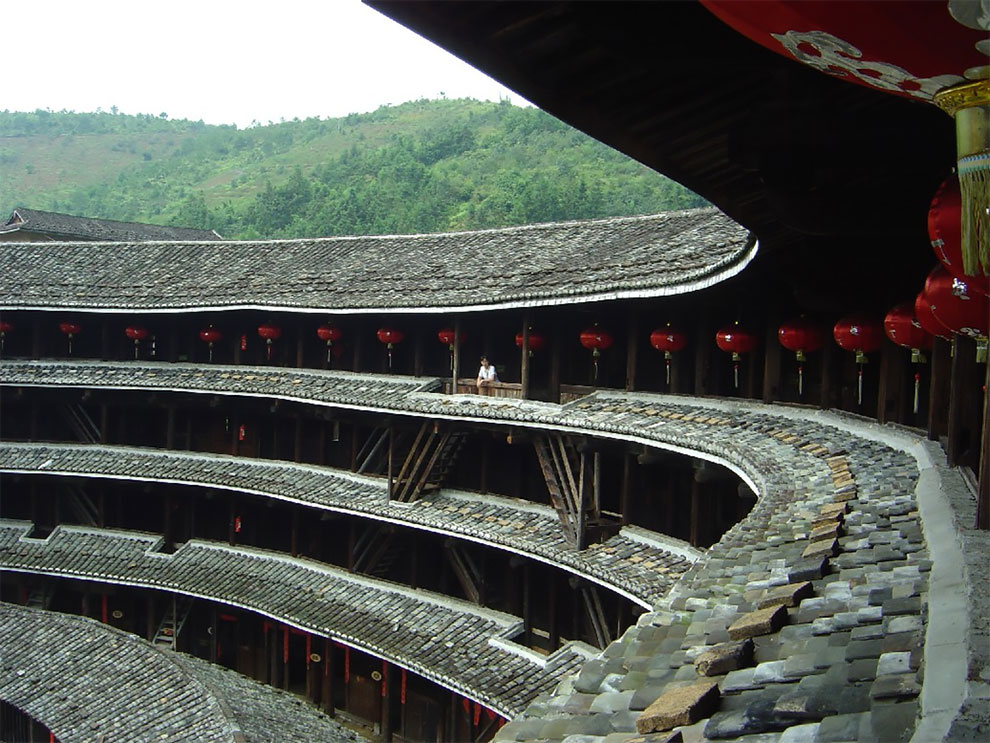 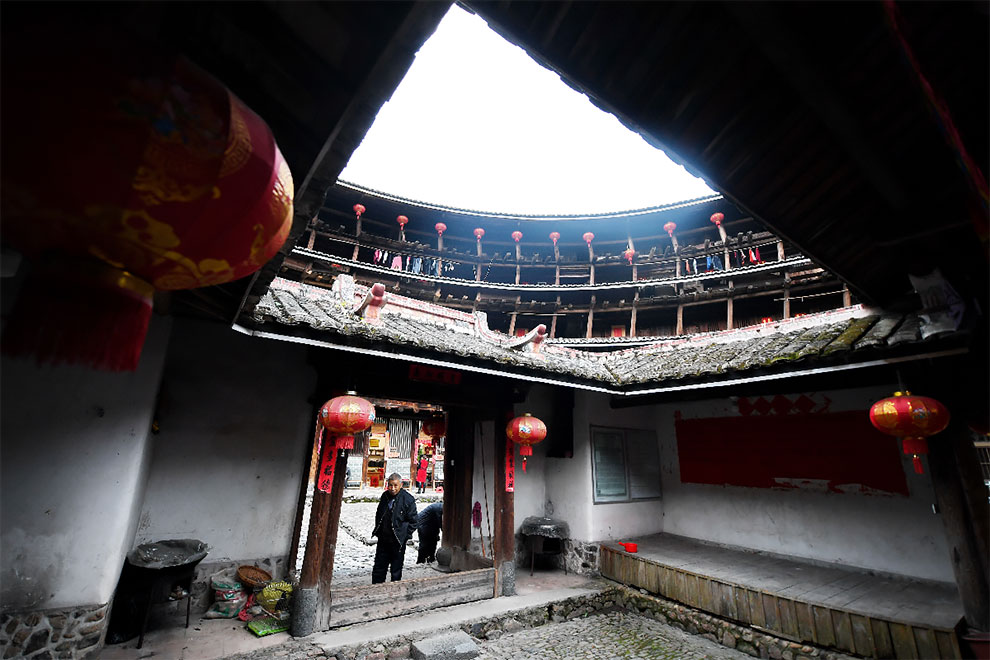 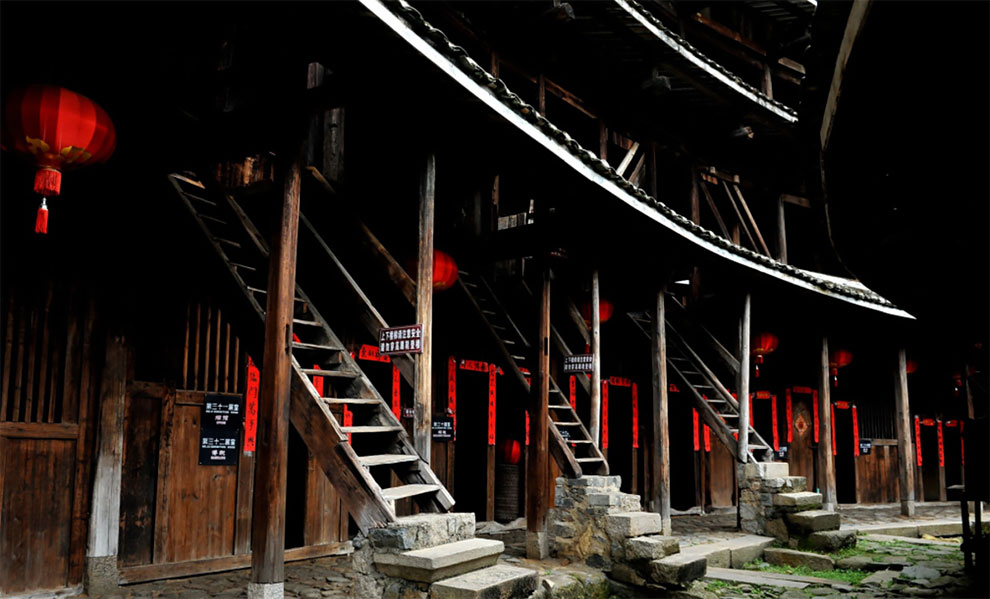 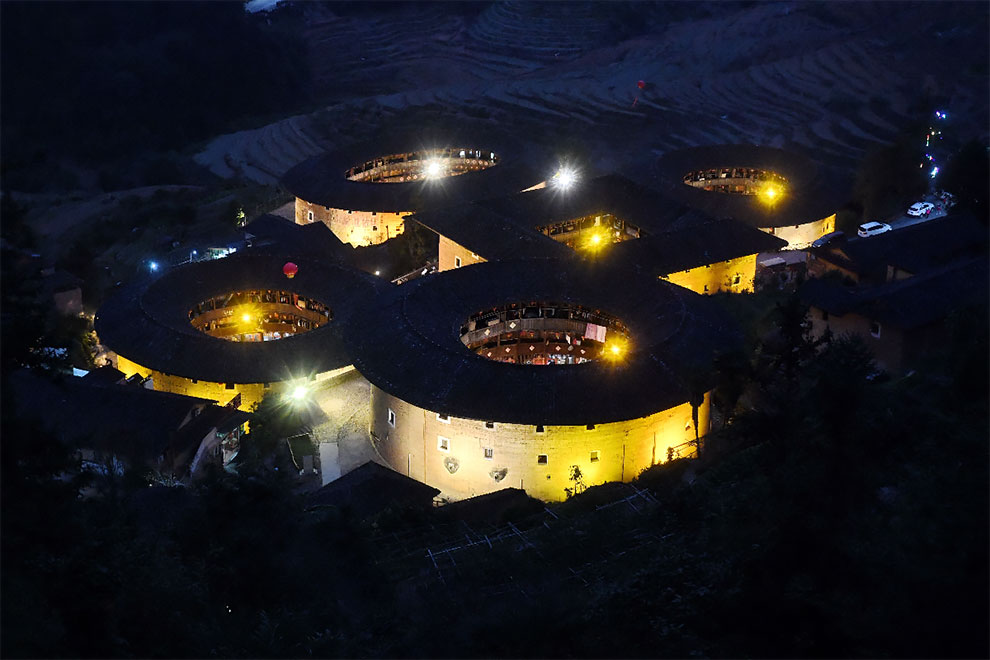 The Orphans Of Mother Russia: An Intimate Look At The Daily Life In The Ancient City Of Pskov
"A Cathedral That Defined A City": 20 Rare Photographs Of Notre Dame From The 19th Century
Roll It: Experimental House
The Tiny Home Built from Scratch for $11,000
Daredevil Skateboarding On A Giant Yugoslav Monument
An Optical Illusion Bookstore in China
Norway Will Cut Through An Island In Tribute To Massacre Victims
Container Community for Migrant Children
"Through Chaos And Solitude": Badass Digital And Traditional Paintings By Edward Delandre
'Slinky Springs to Fame' Bridge Built in Oberhausen, Germany
You Can Sleep In These Owl Cabins In France For Free, And Their Interior Is As Good As Exterior
Graphic Designers Remade Old Buildings Around The World By Using Trends Of The 21st Century
London Olympic Village
Traditional Teddy Bears Prepared Ahead of Festive Season
The Coolest University Dorm that You Can Imagine
Head in the Clouds by Studio Klimonski Chang Architects
Welcome To Ordos, The Largest Ghost City In China
Bone Church of Rome: Amazing Vintage Photos Show Inside Rome’s Capuchin Crypt From the Late 19th Century
This House Was Designed With A Wall Space For Projecting Movies On It
An Aerial View Of The 90-Meter-Long Puffer Fish Tower In East China
Artist Envisions Futuristic Fort-Like Homes Designed To Withstand Hurricanes
Remains Of An Older More Advanced Civilization Has Been Found In Russia
Green Leaves Powered Writer’s Shed By Matt Gibson Architecture + Design
This Street Library In Bulgaria Encourages People To Read
ancient, china, hakka, traditional