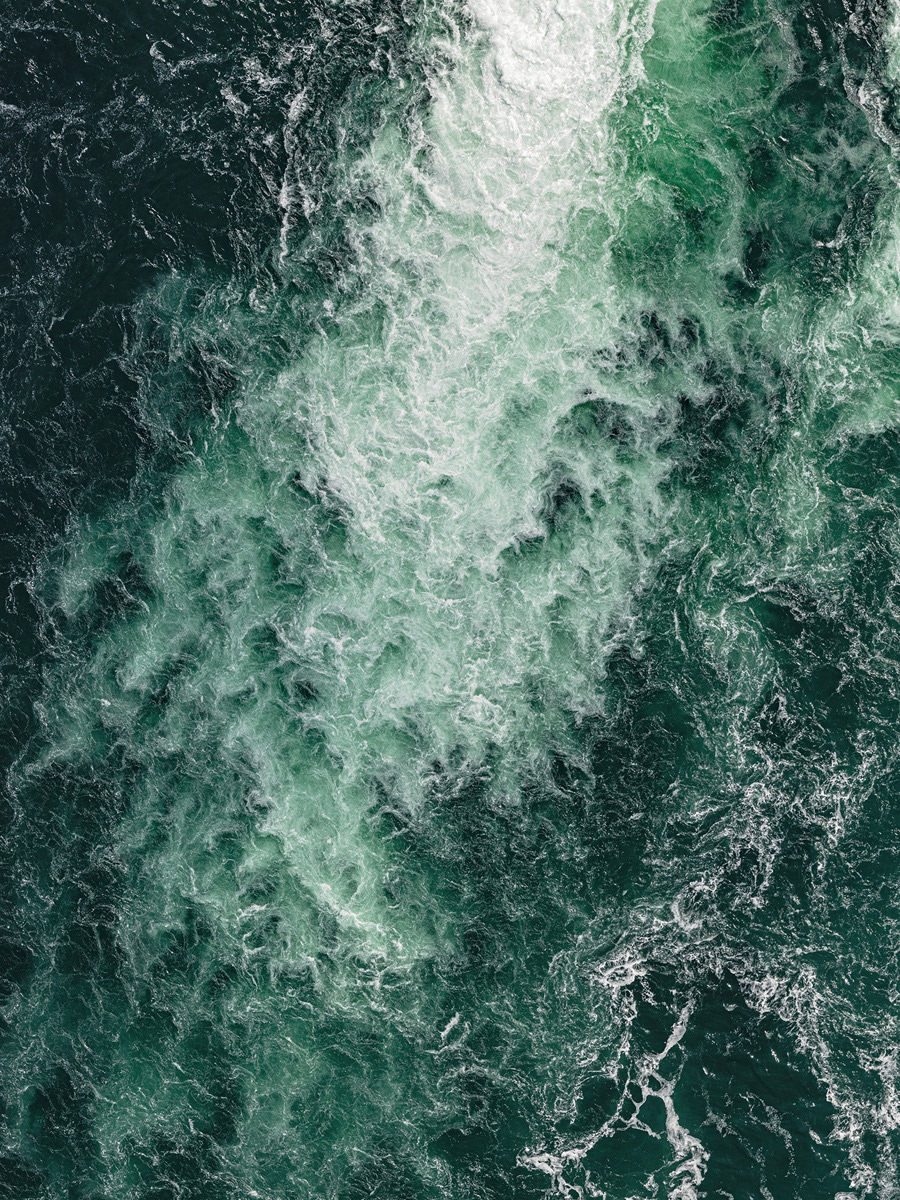 The Rhine Falls (German: Rheinfall) is the most powerful waterfall in Europe. The falls are located on the High Rhine in northern Switzerland. They are 150 meters (490 ft) wide and 23 meters (75 ft) high.​​​​​​​ 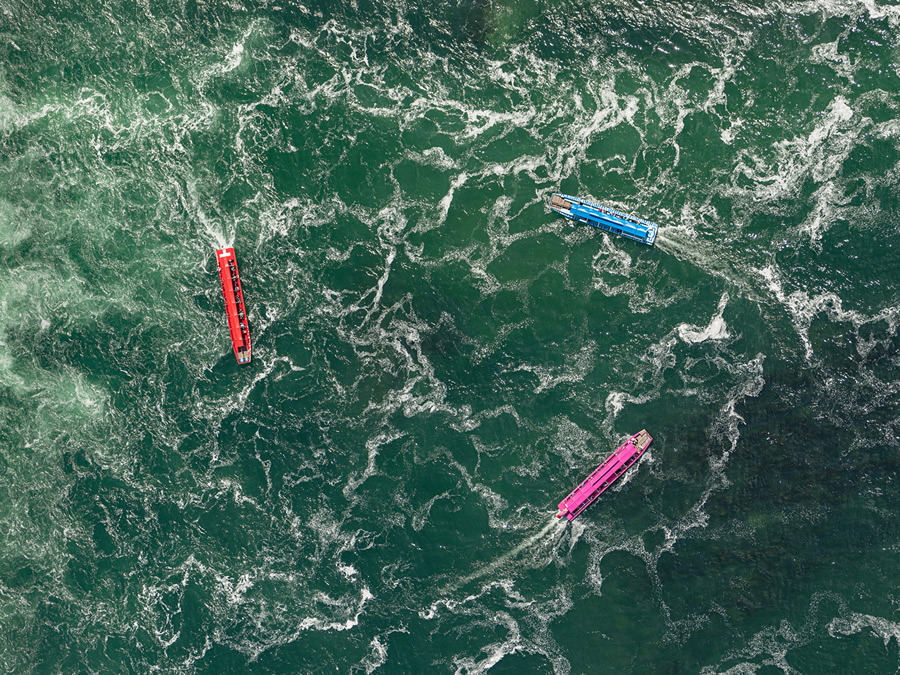 The Rhine Falls were formed in the last ice age, approximately 14,000 to 17,000 years ago, by erosion-resistant rocks narrowing the riverbed. The first glacial advances created today’s landforms approximately 500,000 years ago. Up to the end of the Wolstonian Stage approximately 132,000 years ago, the Rhine flowed westwards from Schaffhausen past Klettgau. This earlier riverbed later filled up with gravel. 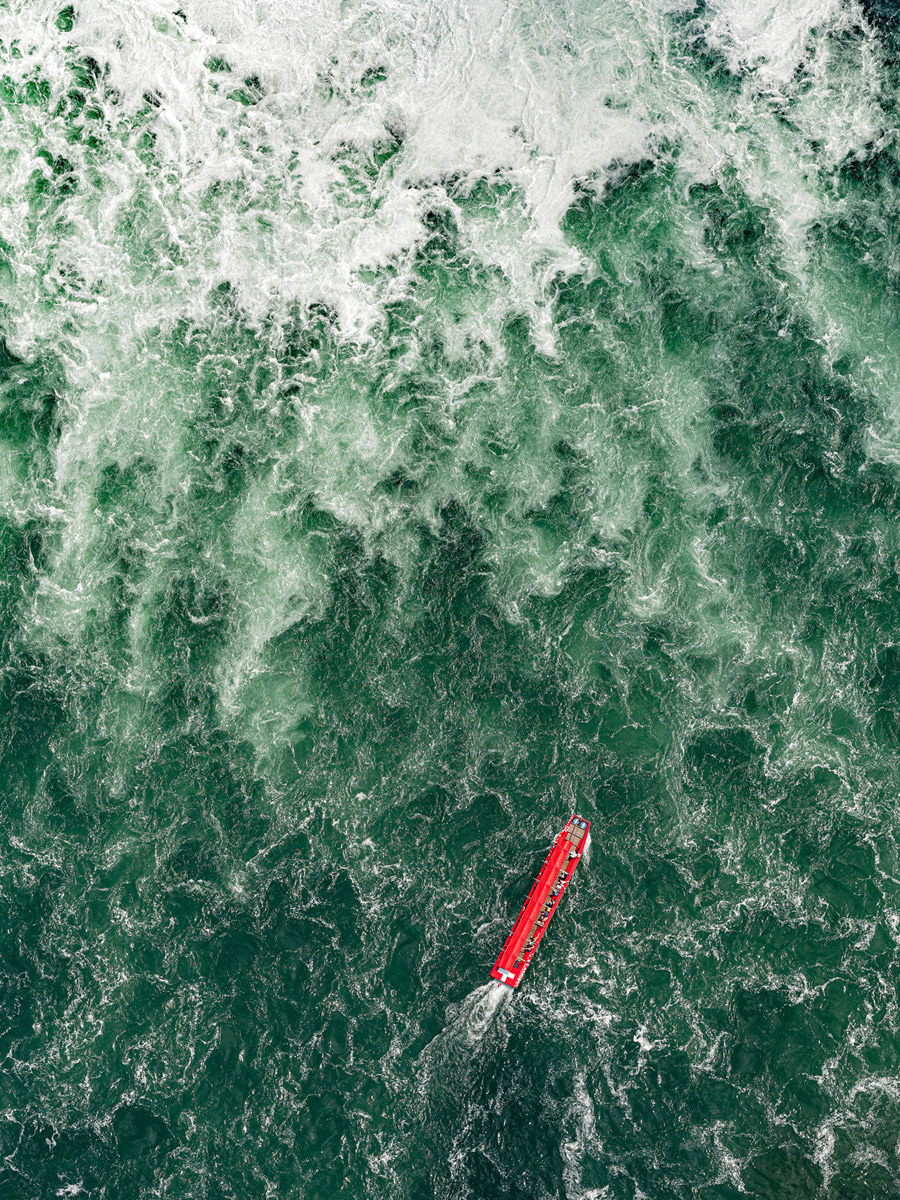 About 132,000 years ago the course of the river changed southwards at Schaffhausen and formed a new channel, which also filled up with gravel. Part of the Rhine today includes this ancient riverbed. 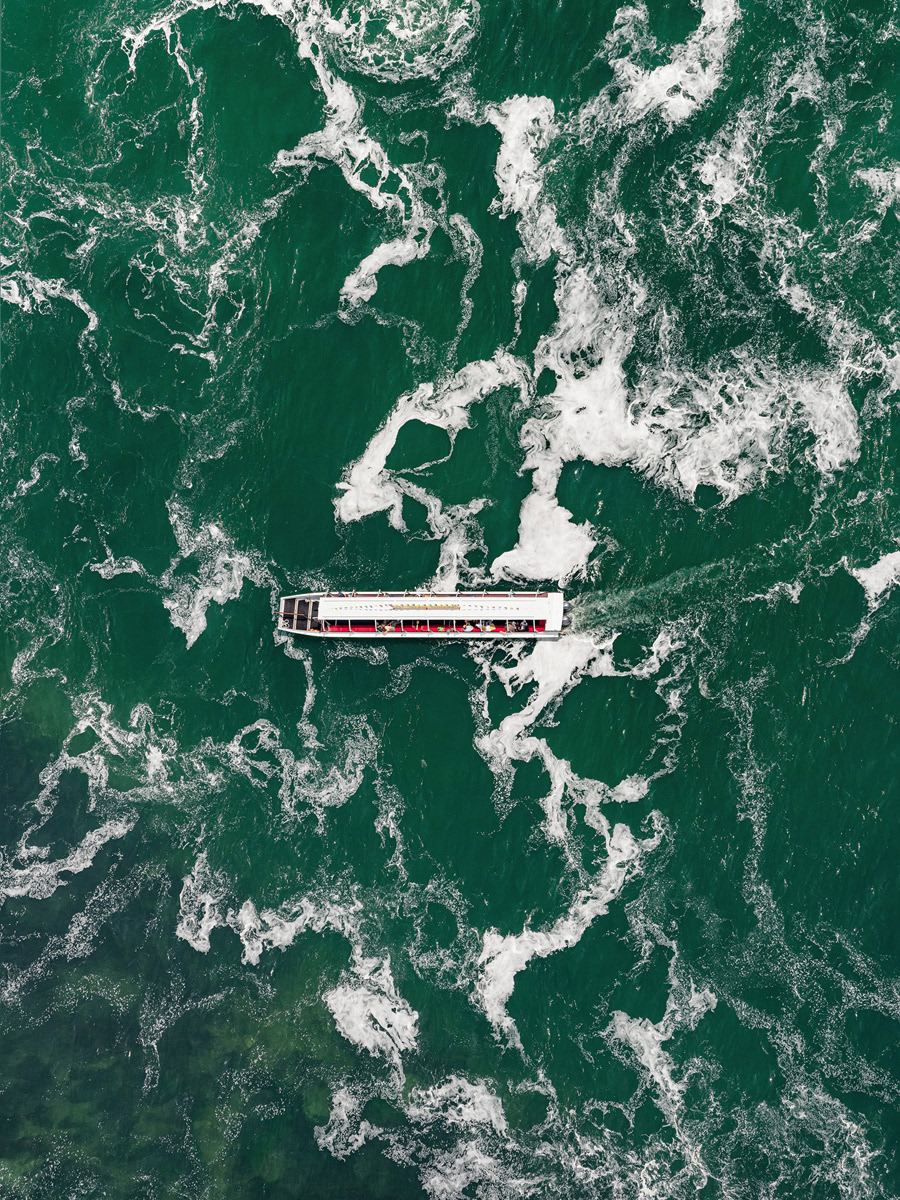 The irrepressible power of the increasingly precious element water is shown here by Bernhard Lang photographed from the helicopter, in the thundering, falling masses of water that create interesting, unique and irretrievable structures and shapes.

The colorful tourist boats fighting their way through the waves set colorful accents. 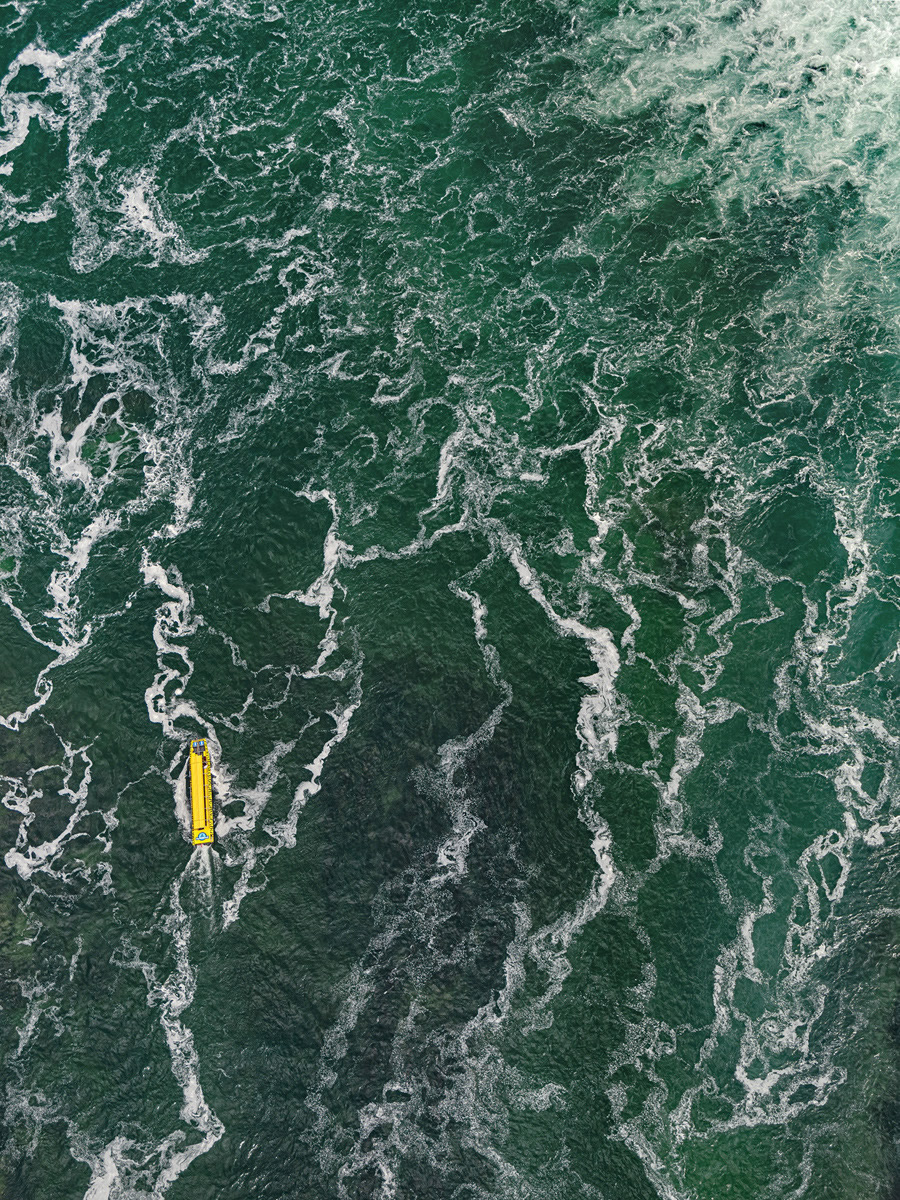 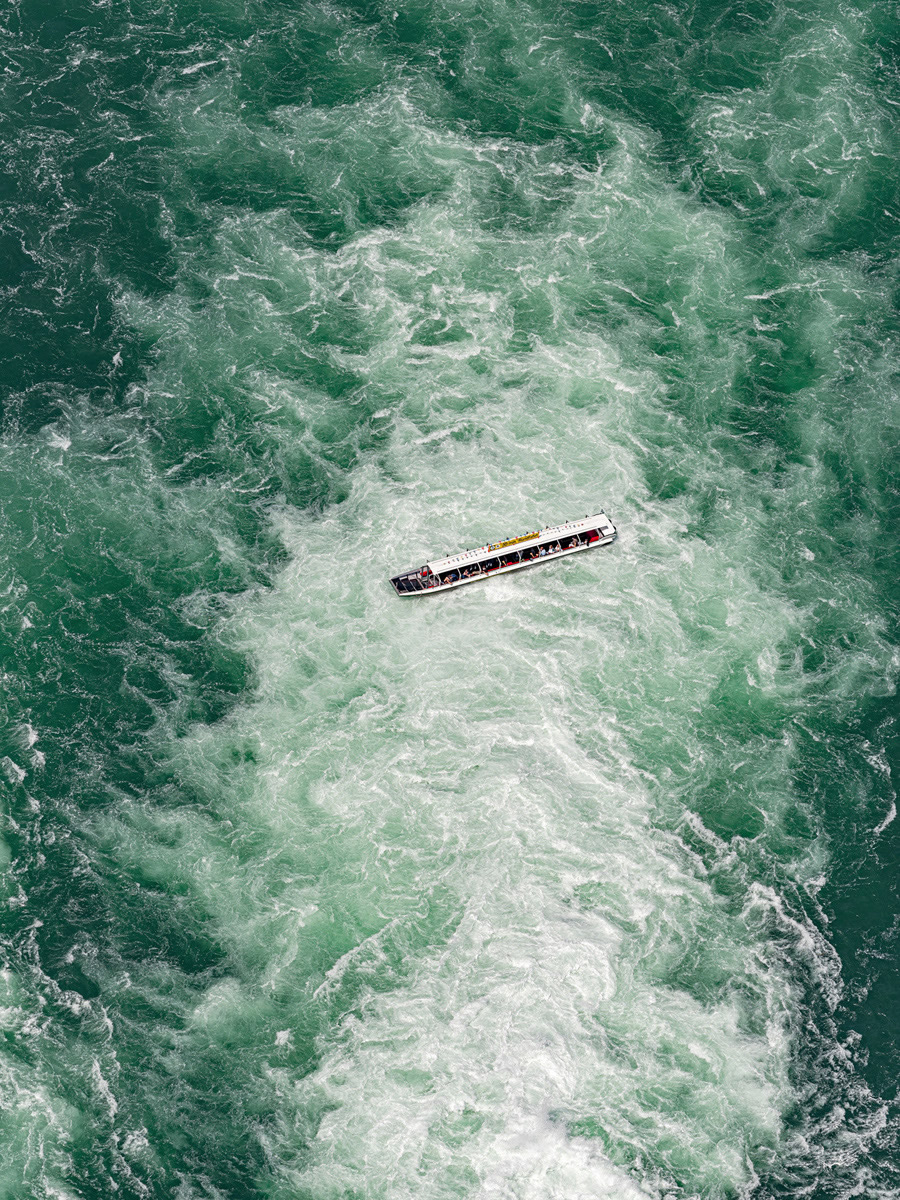 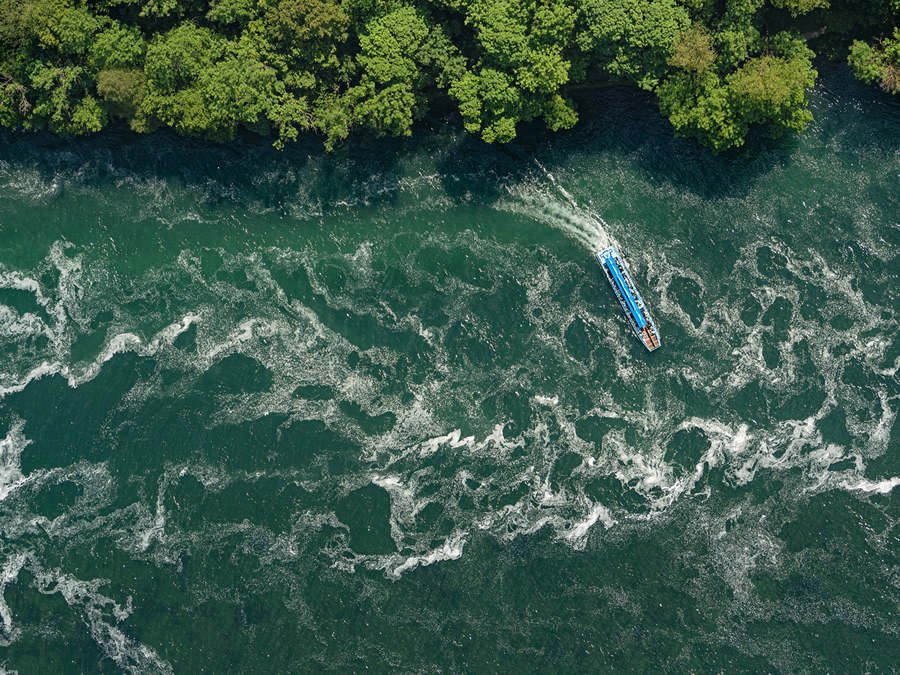 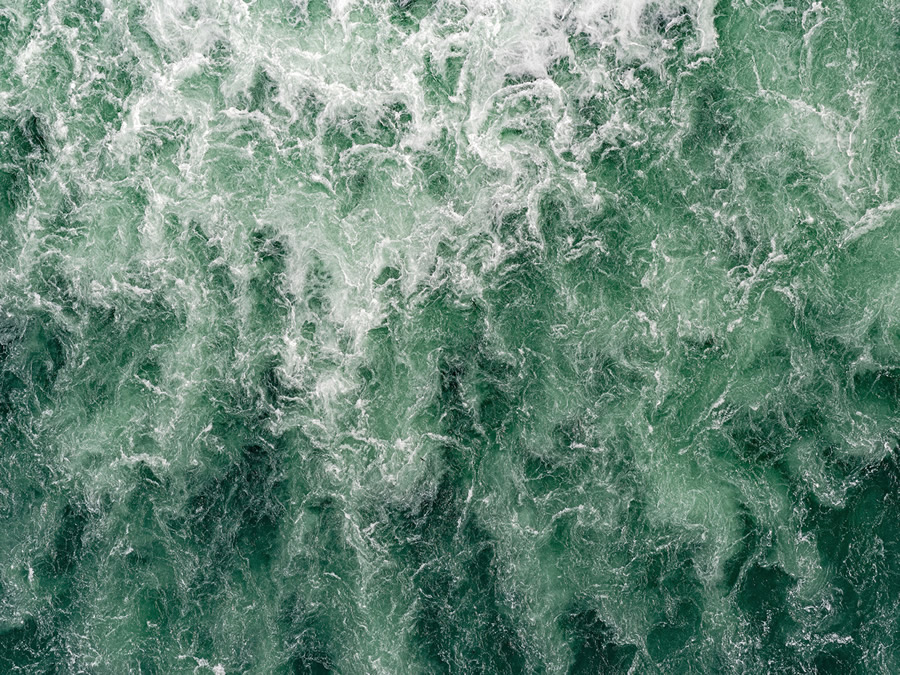 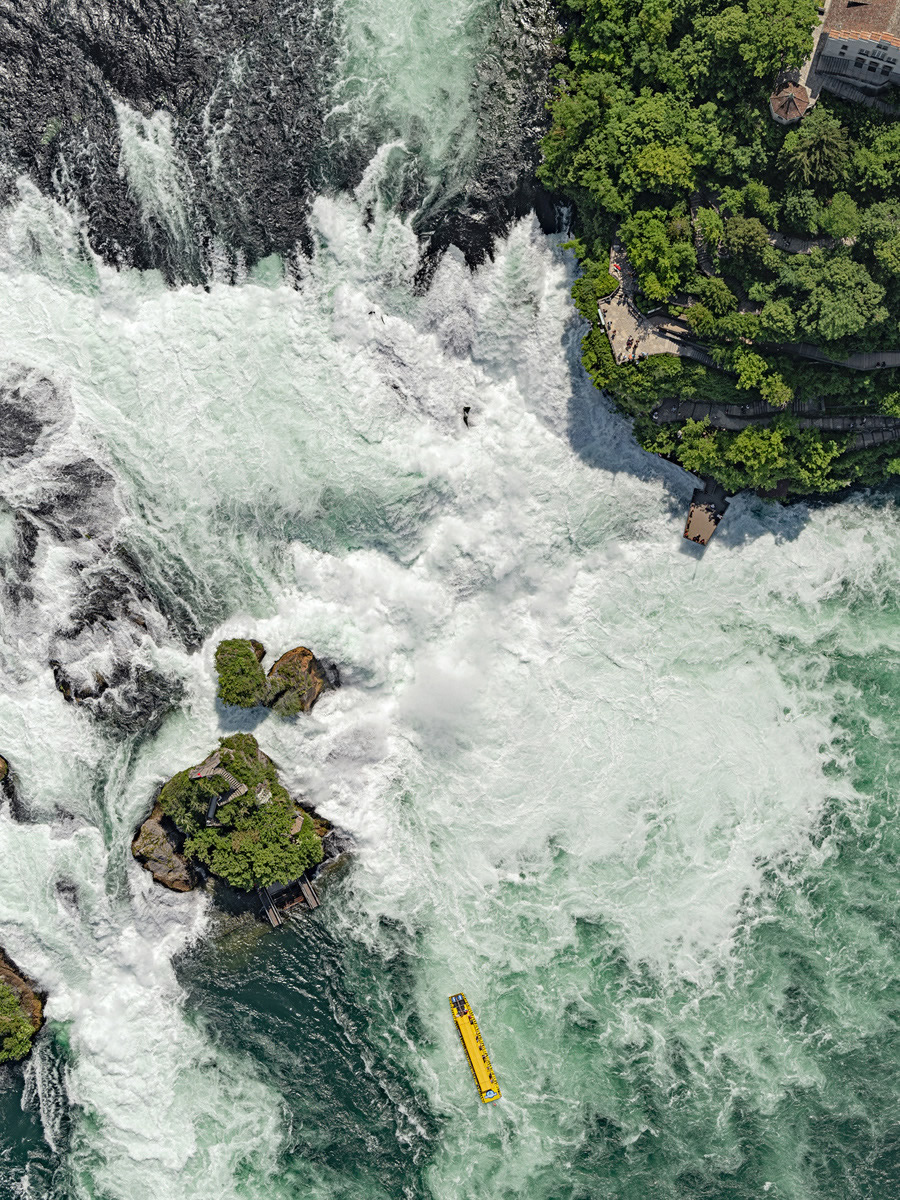 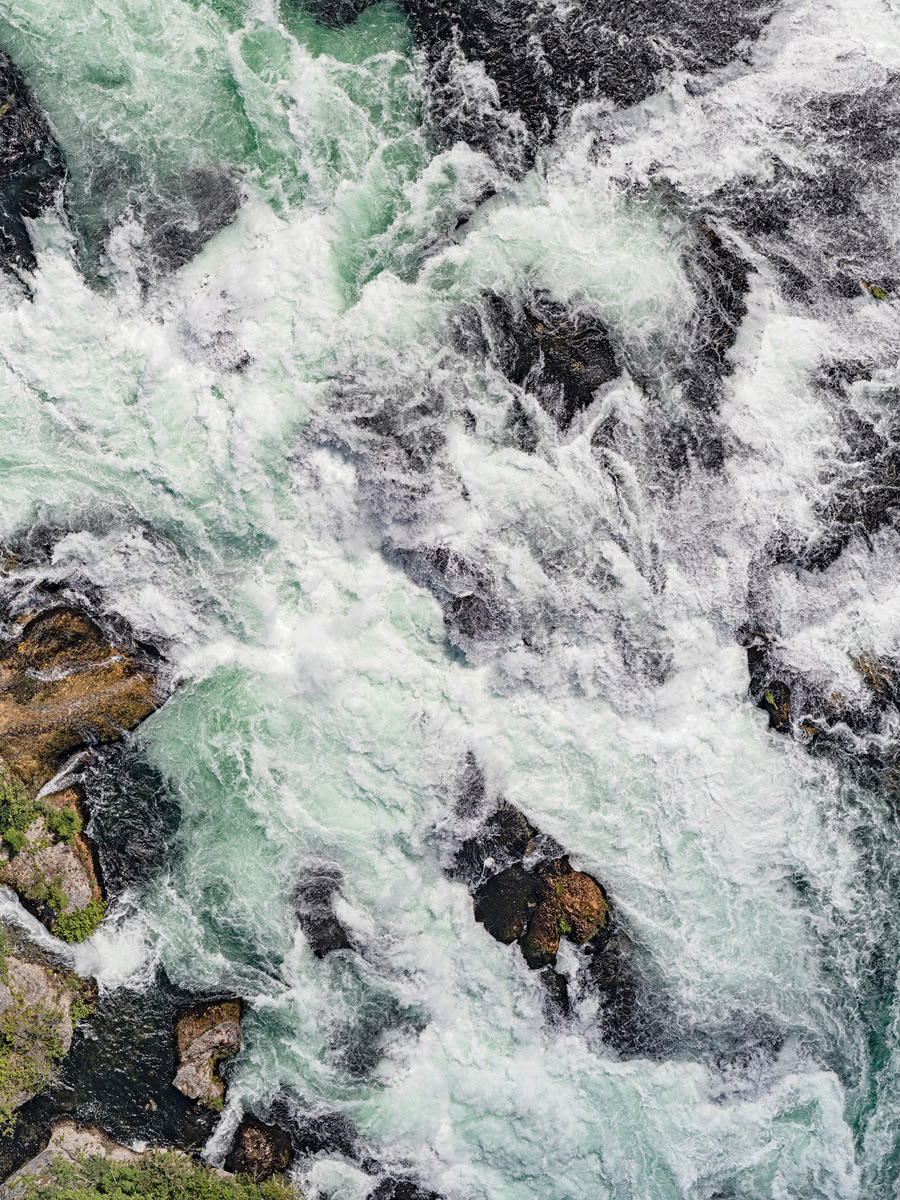 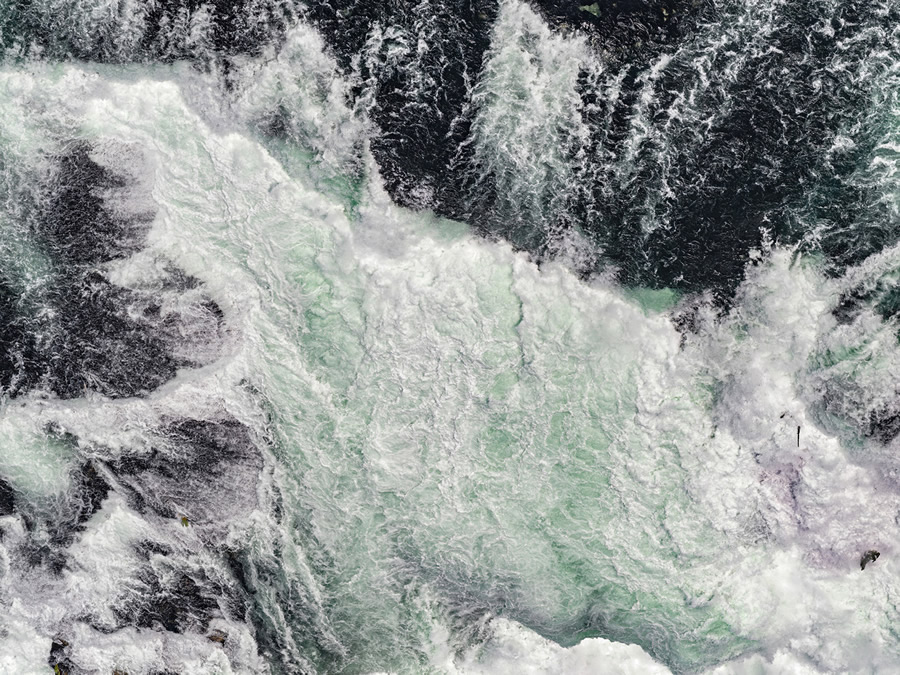 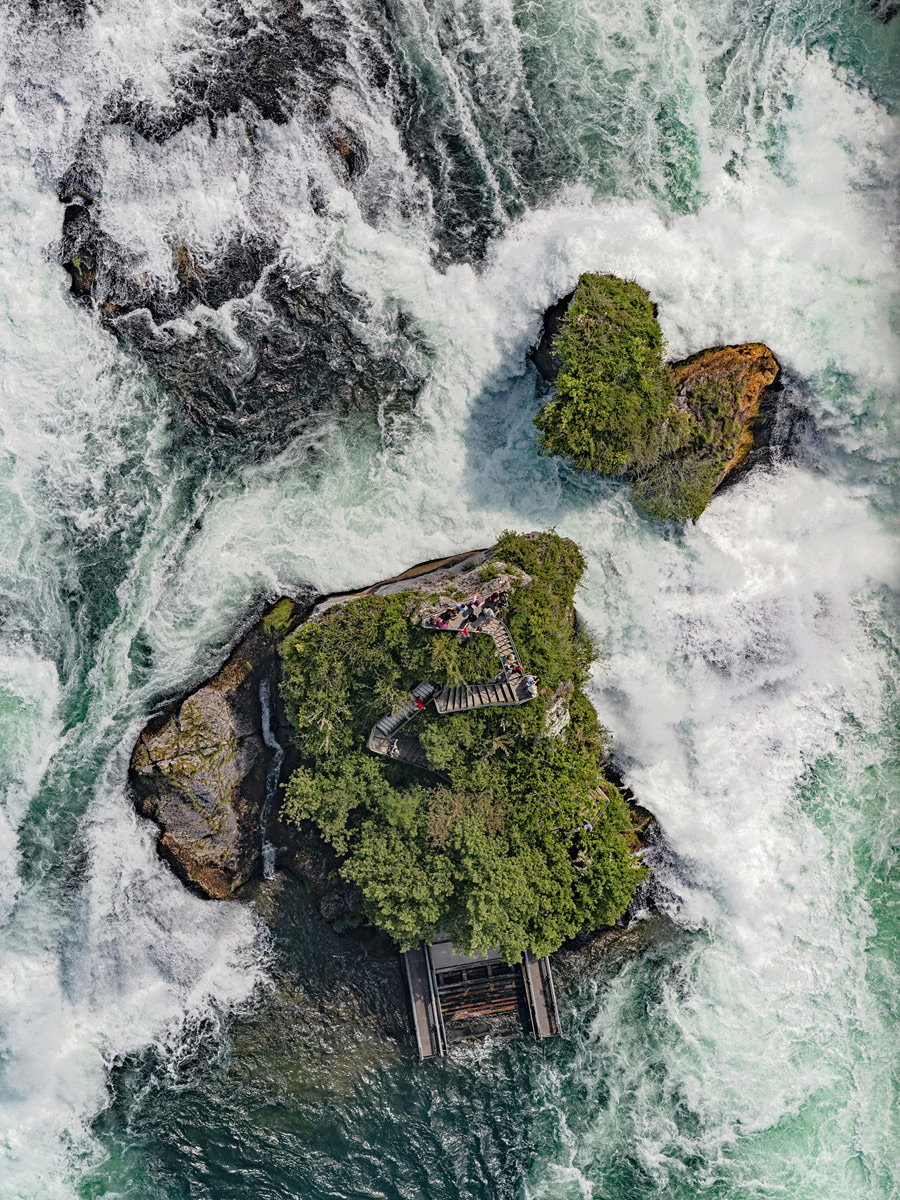 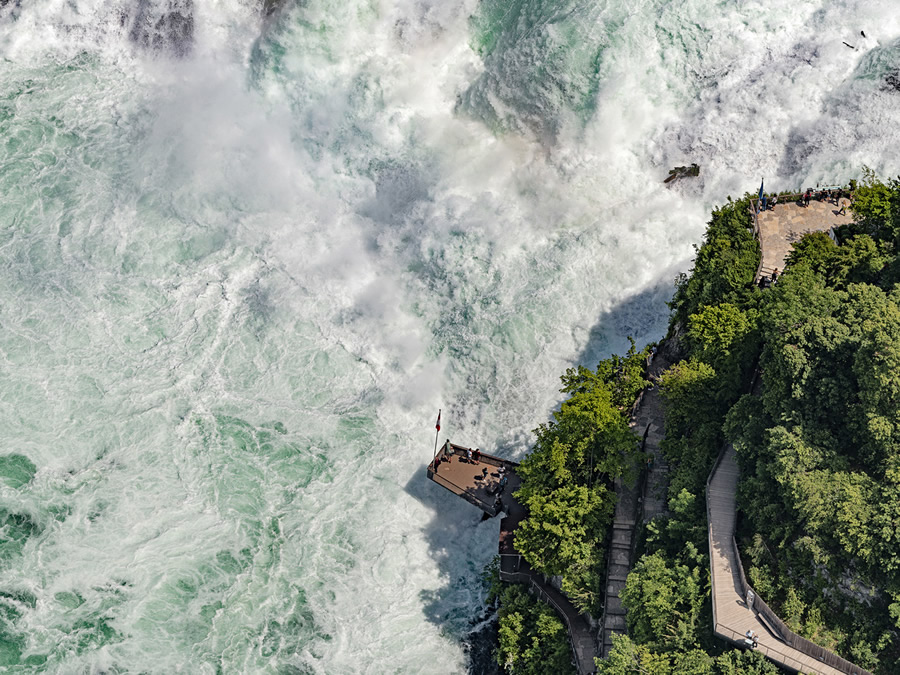 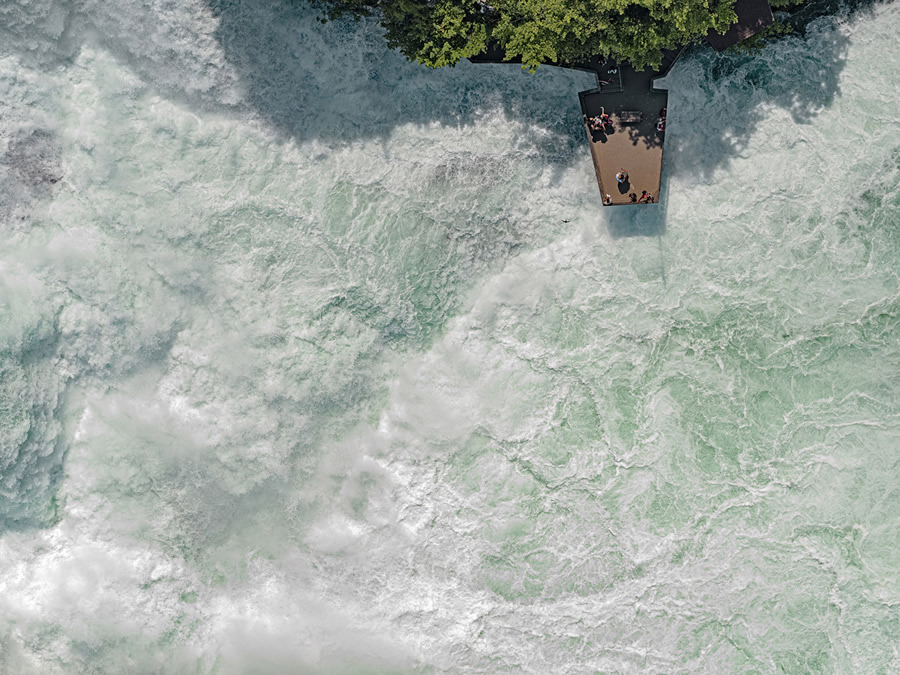 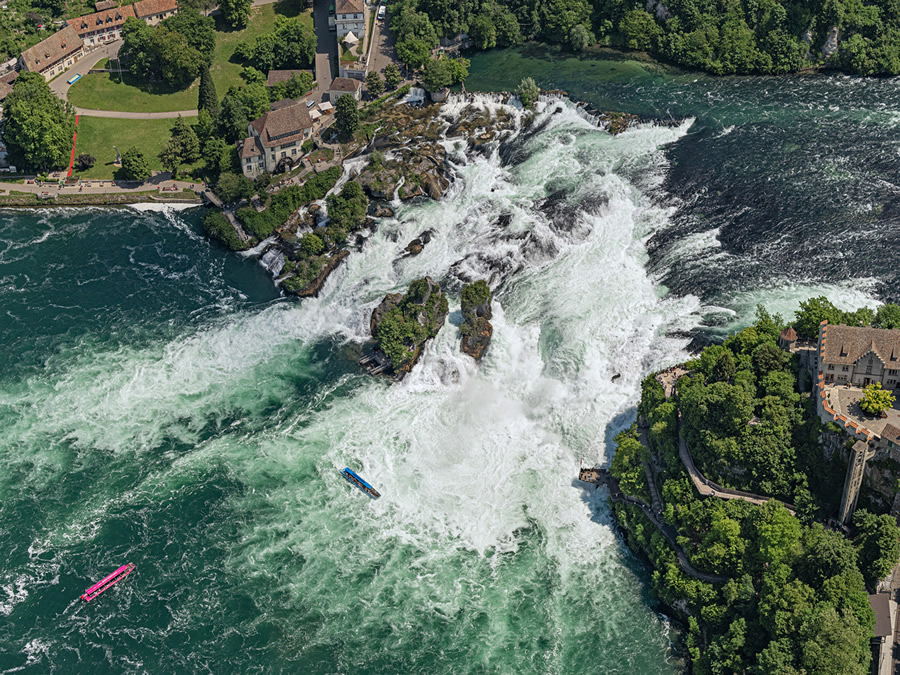 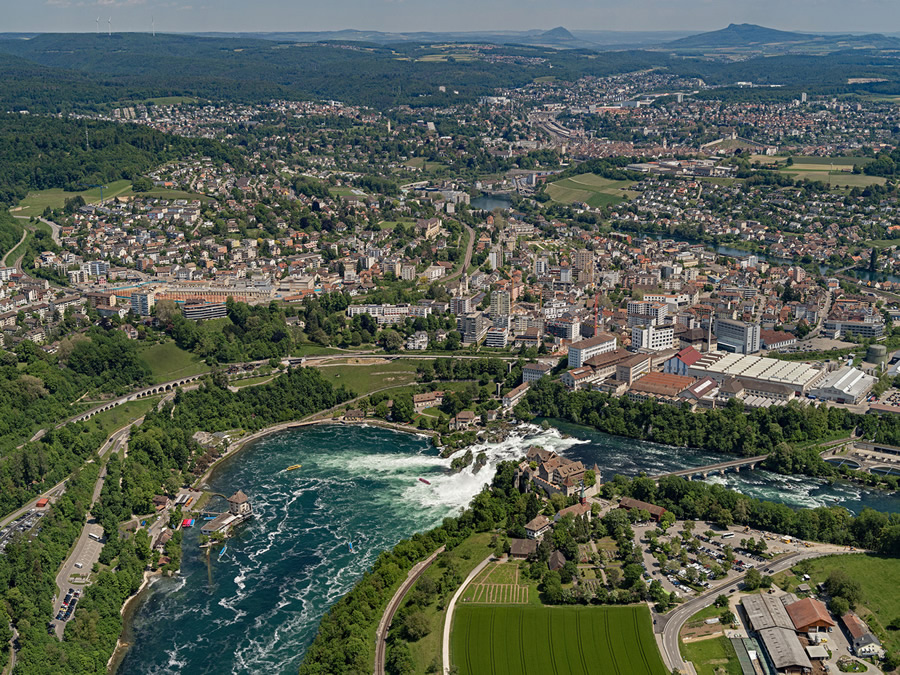 Small is Beautiful!
A Photographer Tested The Concentration Of Several Pairs Of Dogs As He Captured Their Reactions To Treat Time In A Series Of Shots
Vintage Photos Show What Kids Used to Do For Fun in the 1950s
Romanian Photographer Captures The Sentimentality Of Motherhood In Different Countries
Osama is Inside Everyone of Us
The Woman Who Turns Models into Monsters
Greta Oto - The Glasswinged Butterfly
September 21-22: These Days in Photos from the Past
Deers in Richmond Park, London
Photographer Eric Floberg Shoots Stunning Double-Exposure Photos With A Tilt-Shift Lens
The International Landscape Photographer Of The Year Winners Show All The Beauty In The World Around Us
Stunning Photos Of 2021 Natural Landscape Photography Awards
Cheerful Photographs of Hipsters Taking It Way Too Far
This Artist Uses Photography And Photoshop To Escape Reality
Incredible Portraits Of Maori Women With Their Tradition Chin Tattoos From The Early 20th Century
Wildlife Shines Bright in the 2021 Nature TTL Photographer of the Year
Creative & Beautiful Photos Of The Dogs At Home During The Lockdown By Ria Putzker
The Incredibly Talented Photographer Who Takes Gorgeous Photos With A Touch Of Rain
Beautiful Winning Photos From The 2020 Head On Portrait Award
These Guys Hide A Dildo In Every Instagram Picture
Superb Creative Photography Of Arthur Mebius
Controversial Walking Dead Photo Shoot Gets People Talking
Photographer Perfectly Restores Vintage Mugshots Of Famous People
15 Wonderfully Satisfying Photographs to Put Your Tired Mind to Rest
airial, Bernhard Lang, germany, waterfall

20 Rare And Beautiful Examples Of Black Women In Fantasy Photoshoots
Spectacular Winning Images from The Aerial Photography Awards 2020
Seven Sisters Waterfall, Norway
The Comedy Wildlife 2017 Unveils The Hilarious Photos Of The Winners
September 8: This Day In Photos From The Past
September 23-24: These Days in Photos from the Past
Black Mothers Act Out What Might Be The Future Of Their Sons In The US
A Landscape Photographer Turned The Camera On Himself To Take A Set Of Incredible Selfie While Visiting Some Of The World's Most Beautiful Destinations
Rare Photographs Document Iranian Women Protest Against The Hijab Law In March 1979
Breathtaking Ballet Photography By Nisian Hughes
2007 ‒ 2023 by Design You Trust. Proudly hosted by WebHostingBuzz.
Privacy Policy · Terms of Service · Content Removal Policy ❤️ 🇺🇦